THE fourth running of the Holden Nationals at Heathcote Park Raceway is locked in for 5 May, and already over 120 cars have entered! Run by Street Machine Drag Challenge alumnus Todd Foley, this year’s event is shaping up to be the biggest yet, with a really strong field of fast, high-quality Holdens from right around Australia.

Your car doesn’t need to run one of Holden’s legendary sixes or a 308 in order to take part, either; LS and other Chev-powered cars are also welcome, along with other GM motors. And it’s not just for street cars; race machines are fine to join in as well. There are very few entry rules, and pretty much anything Holden or Holden-powered can be entered. Similar to last year’s event, all of the racing will be done DYO-style. There will be a maximum of three practice rounds to sort out tunes and pick a representative dial-in, and from there it’s heads-up racing. The racer that strays the furthest from their dial-in is knocked out, and the last person standing is the winner. Prize money will be confirmed closer to the event date.

Here are some of the cars we can look forward to seeing on race day: Travis Pigdon from JETT Fabrication & Performance in Geelong has entered this bad-arse HG Holden ute, which is in the final stages of the build. The built Nissan RB25 turbo motor ran mid-nines in a VL wagon last year, so this thing is going to be a cool sleeper! Tony Webb has entered his LJ Torana, CULPRIT. This car runs a Holden 308-based motor with a rear-mount single-turbo set-up that has seen it run 8.4@170mph down the quarter. That was the old combo; the new set-up, which we’ll see at Holden Nationals, should see the car in the sevens. Dave Rogers is bringing out his super-tough big-block HK Monaro. This car has previously run an 8.50 with a 565ci big-block Chev on a 250-shot of giggle gas. However, Dave has since switched to a 585ci BBC with Fueltech EFI and dual-stage nitrous, which has made 916hp aspirated on pump fuel! Cameron Jones had his green nine-second HT sedan at last year’s Holden Nationals; this year he’s stepping it up with this HQ ute. Packing a 408ci LQ9 with a Precision 106mm turbo, Holley EFI, Powerglide and Gazzard Bros rear end, it should run eights pretty comfortably. The car is in the final stages of the build. Mark Sass has entered his LSXWAR VT Commodore with its new crank-driven Vortech supercharger and big-cube LS set-up. While the car has previously run eight-second quarters, the new engine is yet to see a drag strip. 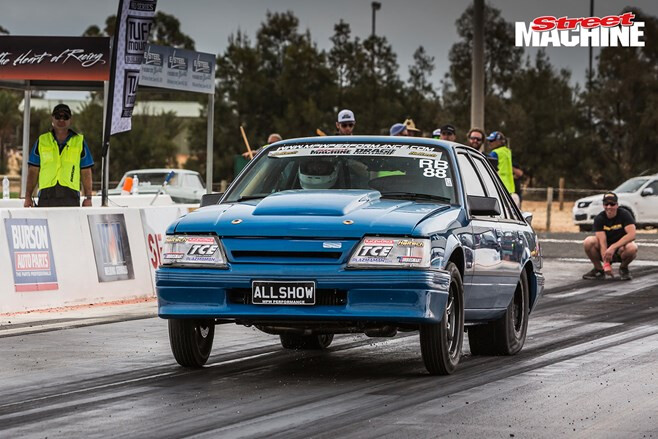 Adam Rogash’s big-hitting ALLSHOW VK Commodore is locked and loaded. Having run a PB of 7.75@183mph in full street trim, it should be one of the quickest cars at the event. 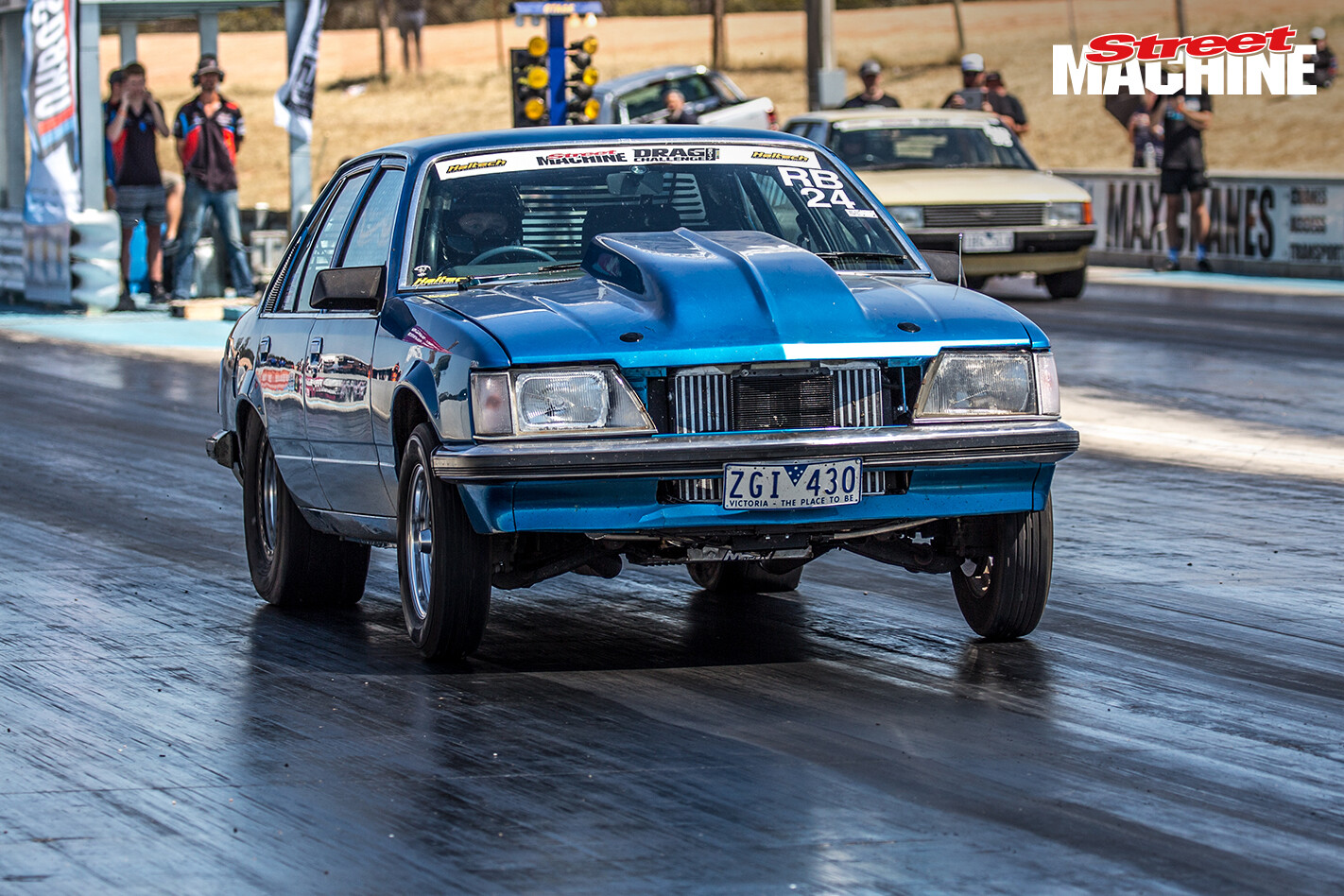 Luke Foley has entered his VH Commodore, which ran a PB of 8.37 at Drag Challenge last year. However, he’s retiring the old six-litre alloy block for a new bigger and better combo and giving the car a fresh lick of paint while he’s at it. Hopefully she’s finished in time! Drag Challenge 2017 runner-up Mark Drew is bringing out his Crusty Torana. Packing a twin-turbo 427ci LS, it has run a PB of 7.95@175mph, and having successfully completed a number of DC events, it’s a legit streeter. John Ricca’s Torana is going to be a killer thing when it’s finished. This is a really high-quality build, and under the bonnet is a Dart 427 LS Next, boosted by a four-litre Whipple supercharger. Event organiser Todd Foley is bringing his eight-second VH Commodore out for a play. At Drag Challenge 2016 the car was involved in a pretty wild accident at Calder Park that damaged the front end, which then led Todd to totally revamp the car with new paint, trim and wheels. The Magnuson-blown LS remains up front. Dave Simpson’s HK sedan used to be a 161/three-speed car; now it’s making 700rwhp thanks to a turbo six-litre LS motor! Just finished in December last year, the car is yet to see a drag strip. 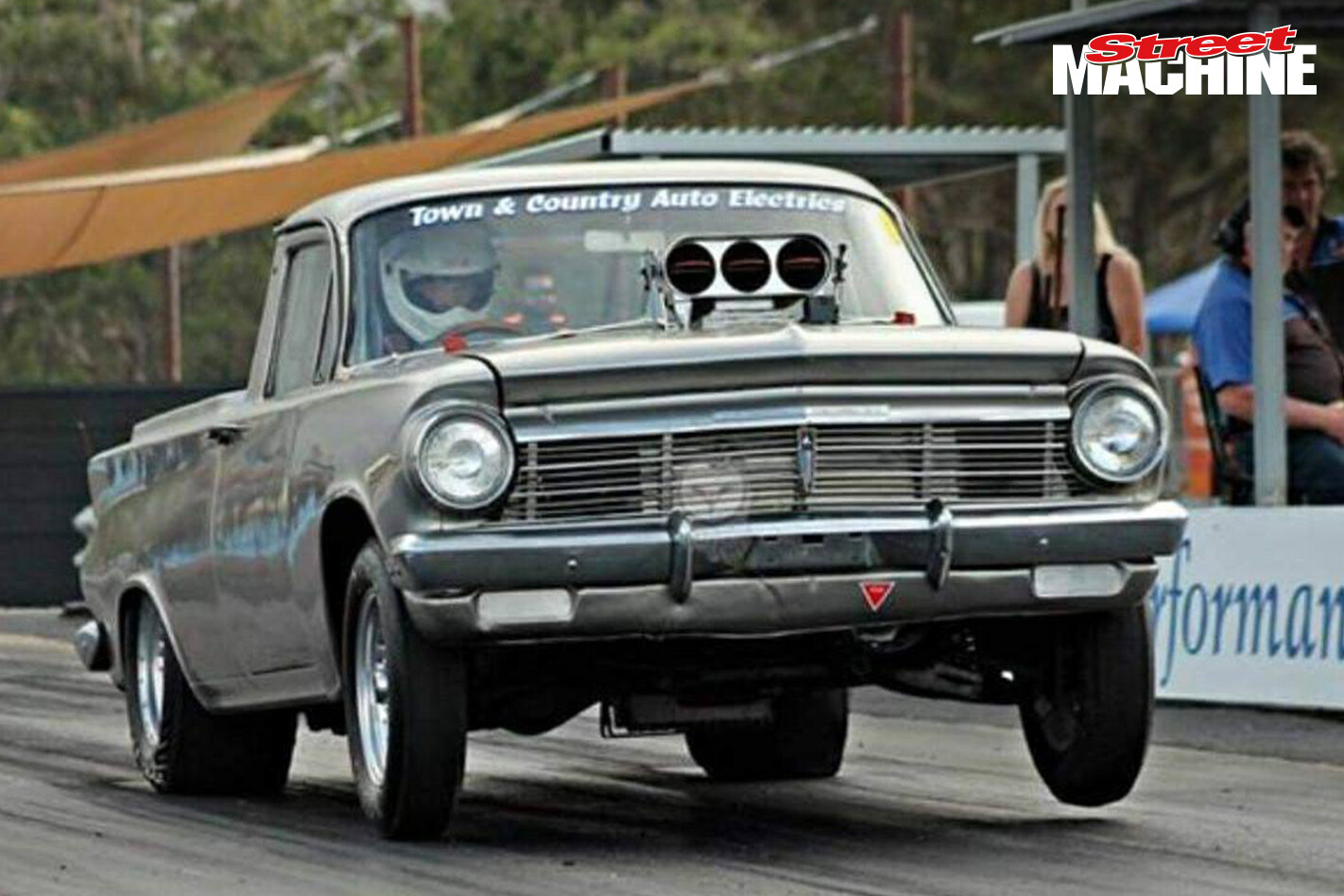 How cool is this! Ross Costello will be racing his 490ci big block-powered EJ Holden ute. It runs methanol injection and has a PB in the mid-sixes down the eighth-mile. Everyone loves a tough Holden six, and Myles Teasdale’s LJ Torana sedan is packing just that. It runs a solid-cammed 202 with triple Webers, transbraked Trimatic ’box and Truetrac HiLux diff. Before it had the transbrake it went 13.00! 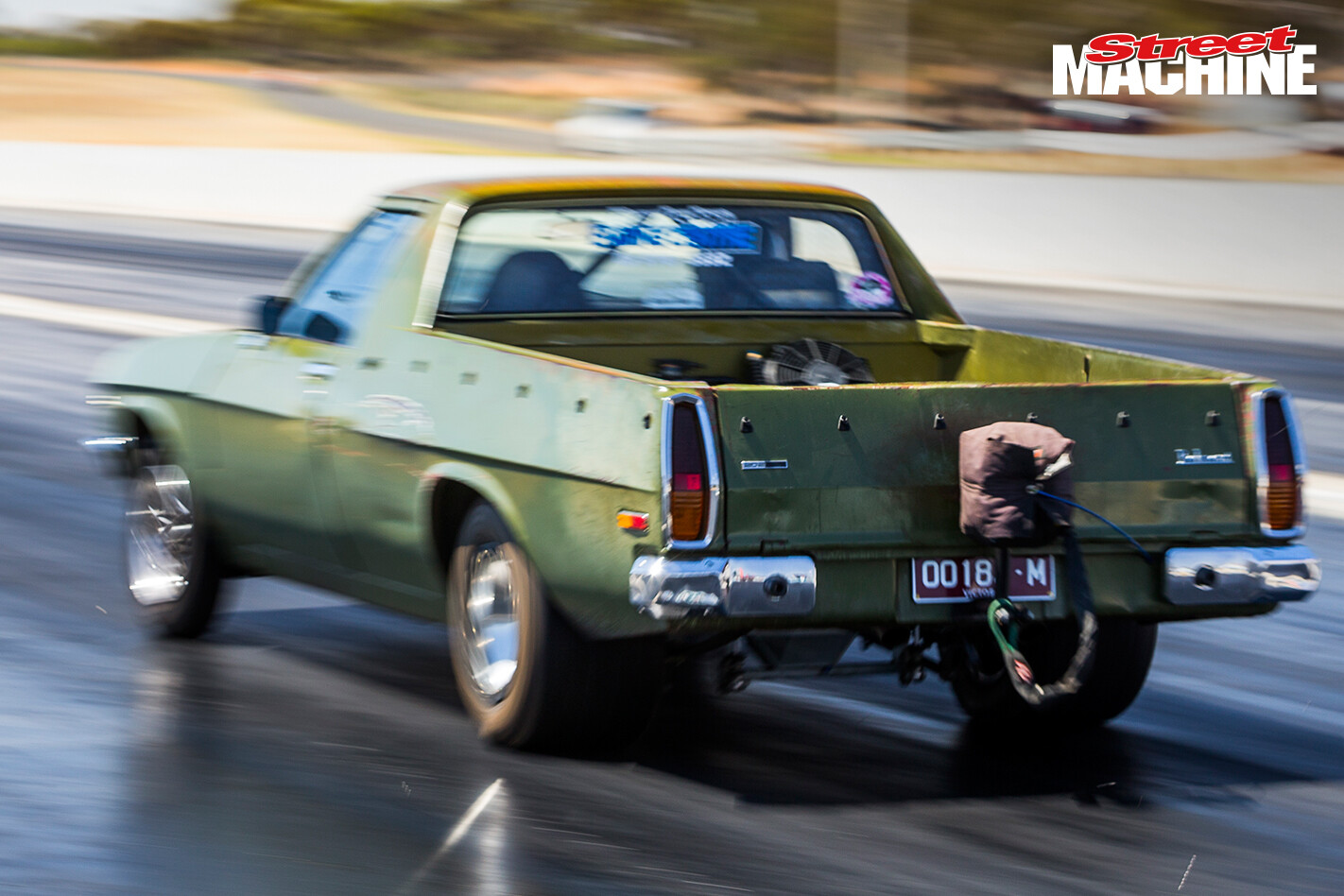