It’s farm machinery but not as you know it. This year’s Tooradin Tractor Pull was horsepower heaven

IN JANUARY each year, the small town of Tooradin, 60km south-east of Melbourne, plays host to the Tooradin Tractor Pull. It’s a non-profit event that funnels all its proceeds into local schools, clubs and charities.

Each tractor attempts to pull a load, commonly known as a sled, as far as possible down a 100m track. As the tractor pulls the sled, a weight box (up to 14 tonnes) is gradually winched towards the front of the sled, making the load progressively heavier. Once the sled becomes impossible to pull, the distance covered is measured using surveying equipment accurate to within one centimetre.

SM snapper Ross Gibb was at this year’s event, and as you can see from these pics, it was a great showcase for the insane power some of these heavily modded machines can generate.

“There was one tractor called the Riverina Screamer,” Ross says. “The engine is a quad-cam Rolls-Royce V12 from a WWII tank.

“Another one was called Deere Express, with a 7.6-litre turbo diesel that could pull the black stump out of the ground.”

With around 10,000 people attending this year, the Tooradin Tractor Pull is clearly doing something right, and all in the name of charity. 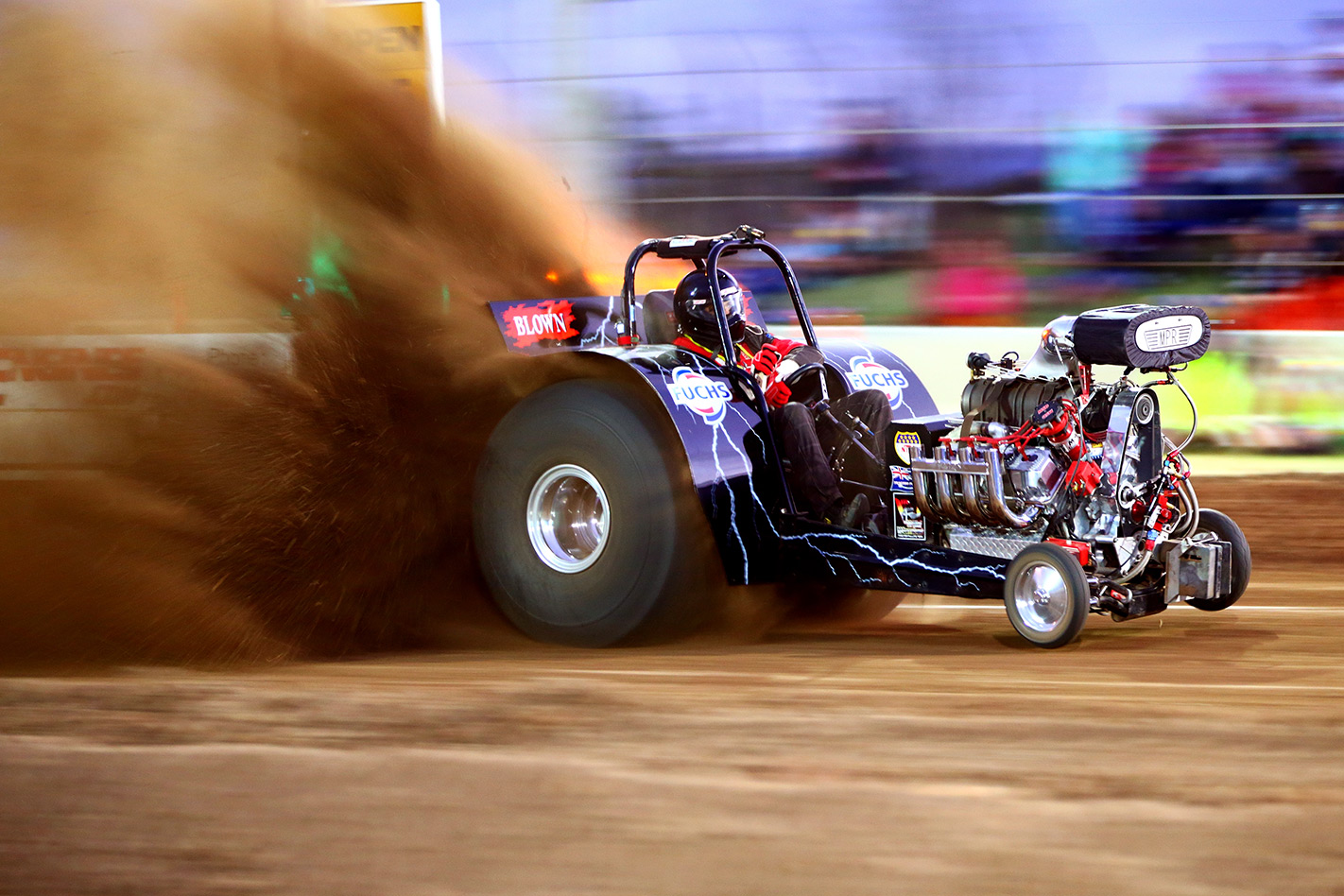 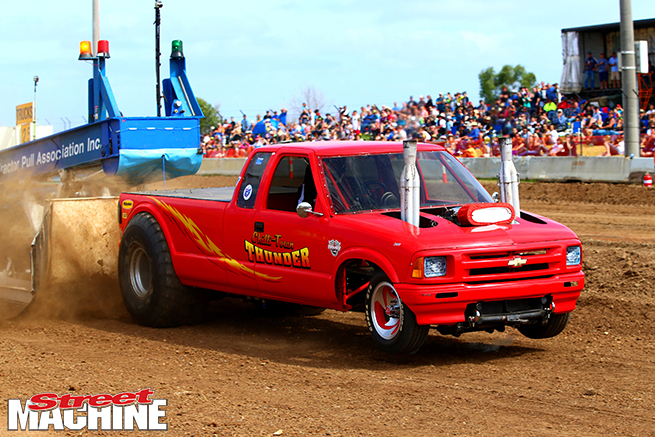 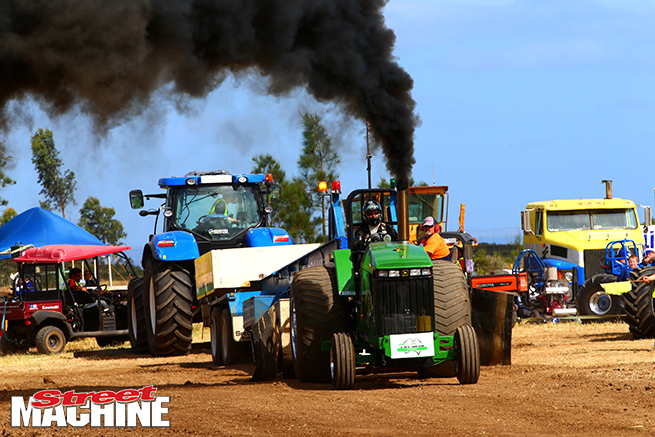 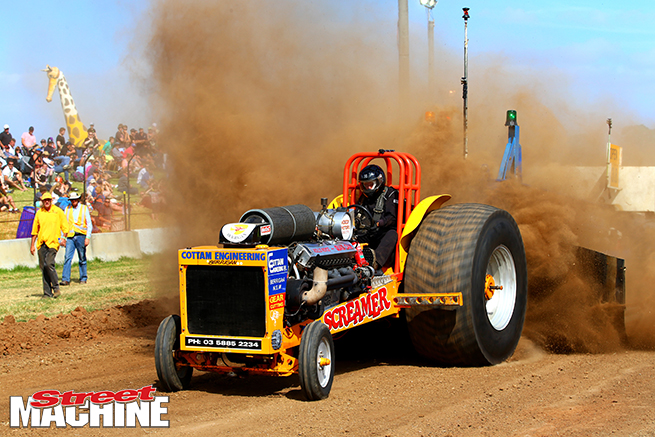 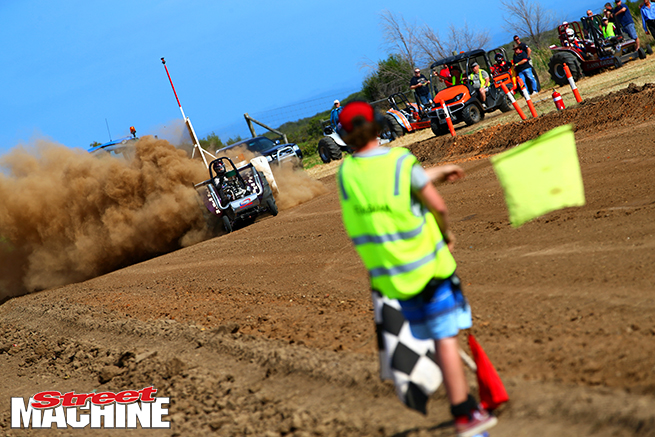 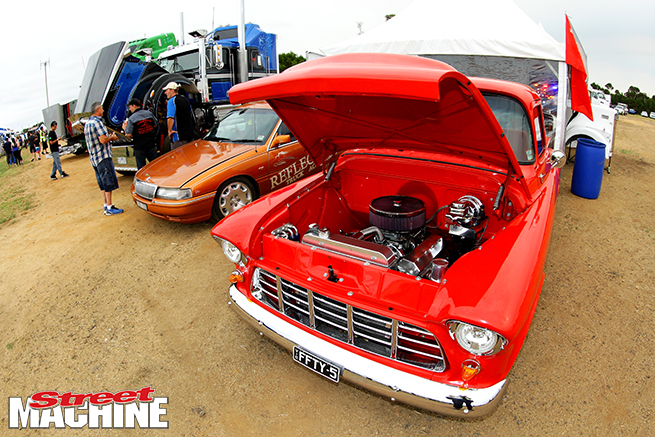 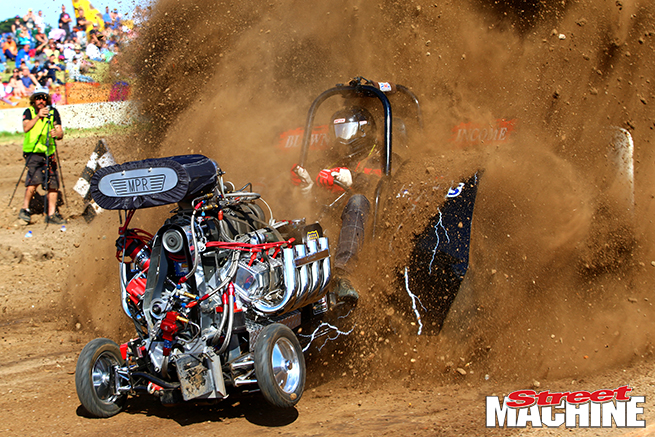 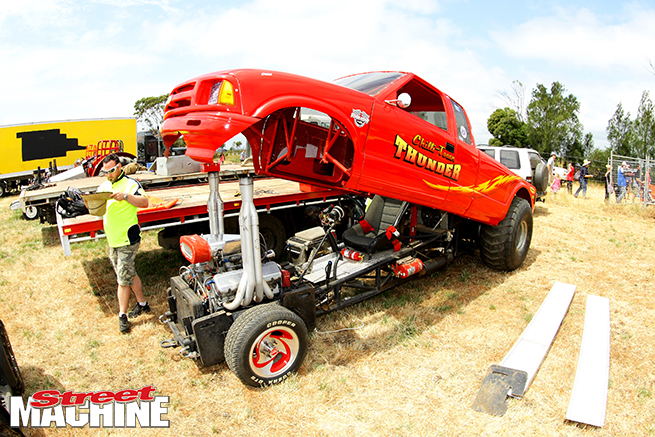 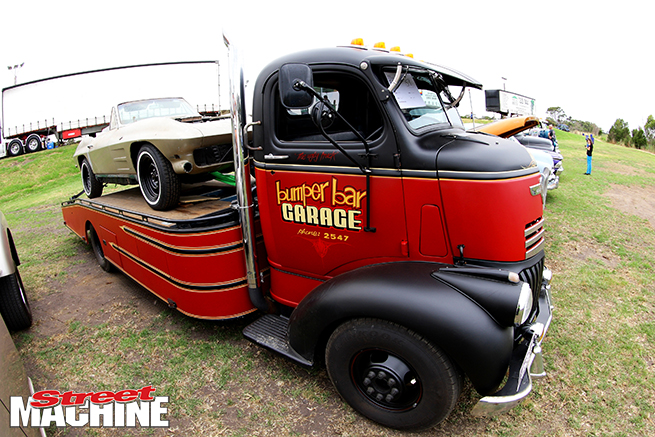 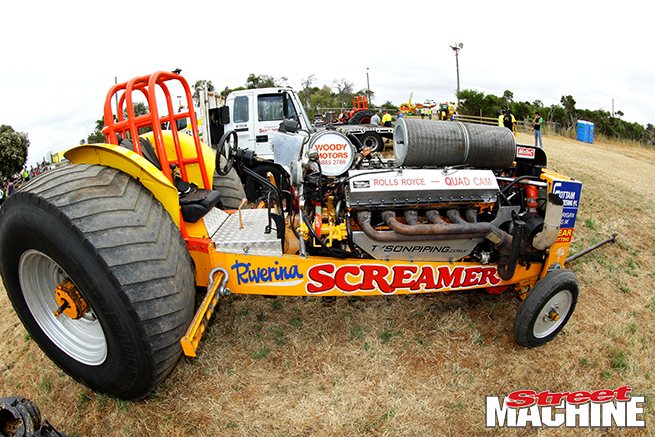