THE Kenda Tires Radial Riot hits Willowbank Raceway in Queensland this weekend, where we’re set to see some of the fastest radial-tyre racing in the country! The field of 120 cars will be whittled down to two via six rounds of class-based, heads-up, pro street Chicago shootout-style eighth-mile racing.

“We started this event four years ago because we just wanted to do radial racing,” said Radial Riot organiser Scott Harker. “We’d seen all the rules and politics drive people away from racing and we wanted to bring them back.

And there are some serious cars entered, from pro mod race cars that’ll be doing three-second eighths at over 200mph to genuine street cars running your standard 275 tyre. 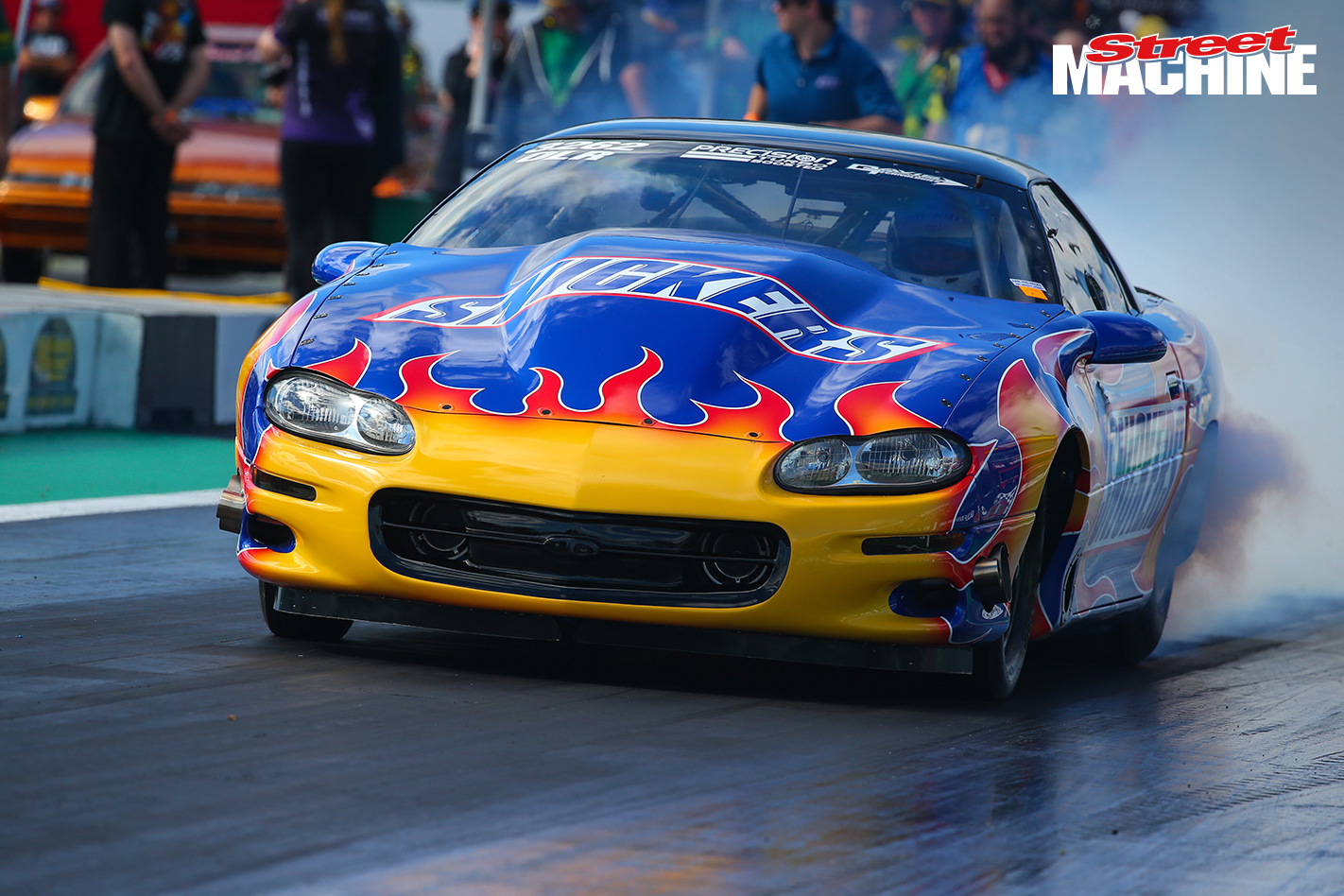 Perry Bullivant will be the entrant to watch with his twin-turbo big block-powered Snickers Camaro pro mod. He currently leads the Kenda 660 Drag Radial series, and the series final will be raced on Saturday at the Radial Riot. Already during testing today Perry has set the quickest eighth-mile radial pass in Australia with a 4.18 @ 180mph. 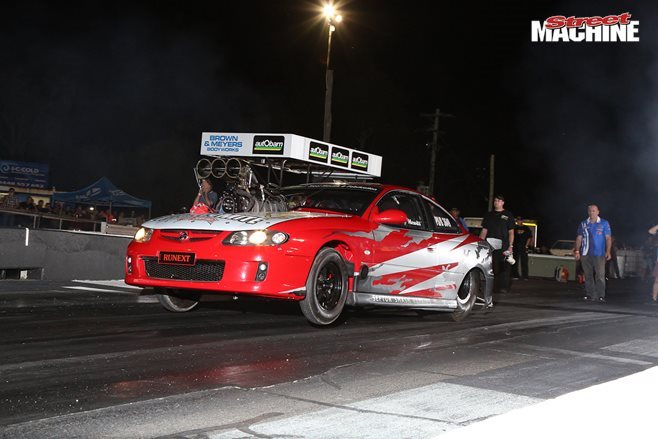 Craig Hewitt from NSW is whacking a set of radial tyres on his insane blown and injected Monaro and taking it to the Queensland crew. The car has gone 4.50s in the eighth during testing and is also going to be one to watch. 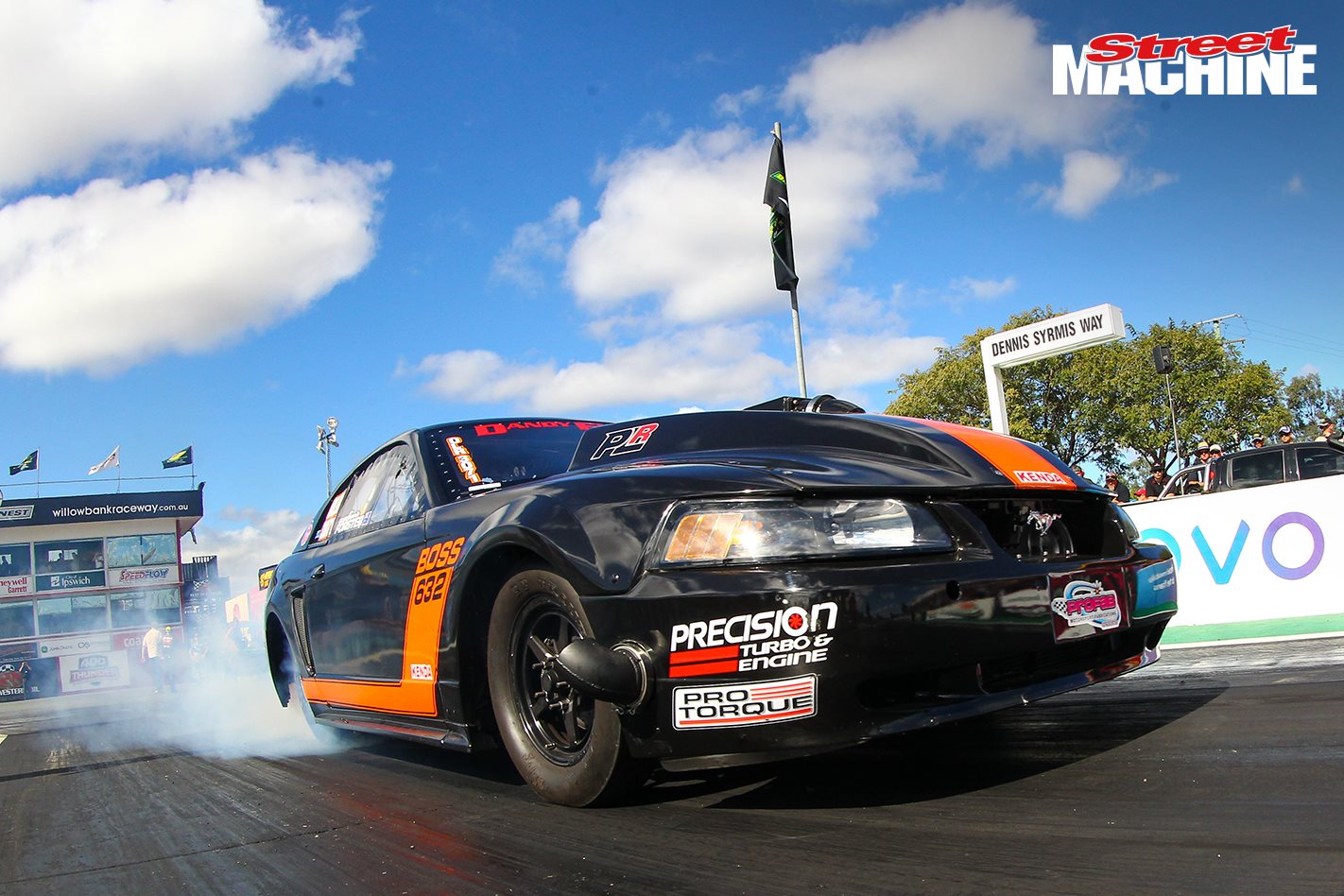 Joe Gauci will be racing his new Dandy Engines twin-turbo 632ci Mustang, which has run 6.62@193mph at the Sydney Jamboree. In testing today, Joe ran a 4.46 @ 176mph. Joe’s famous Cortina that dominated Modified Street Blown for many years has also been entered and will be very quick. 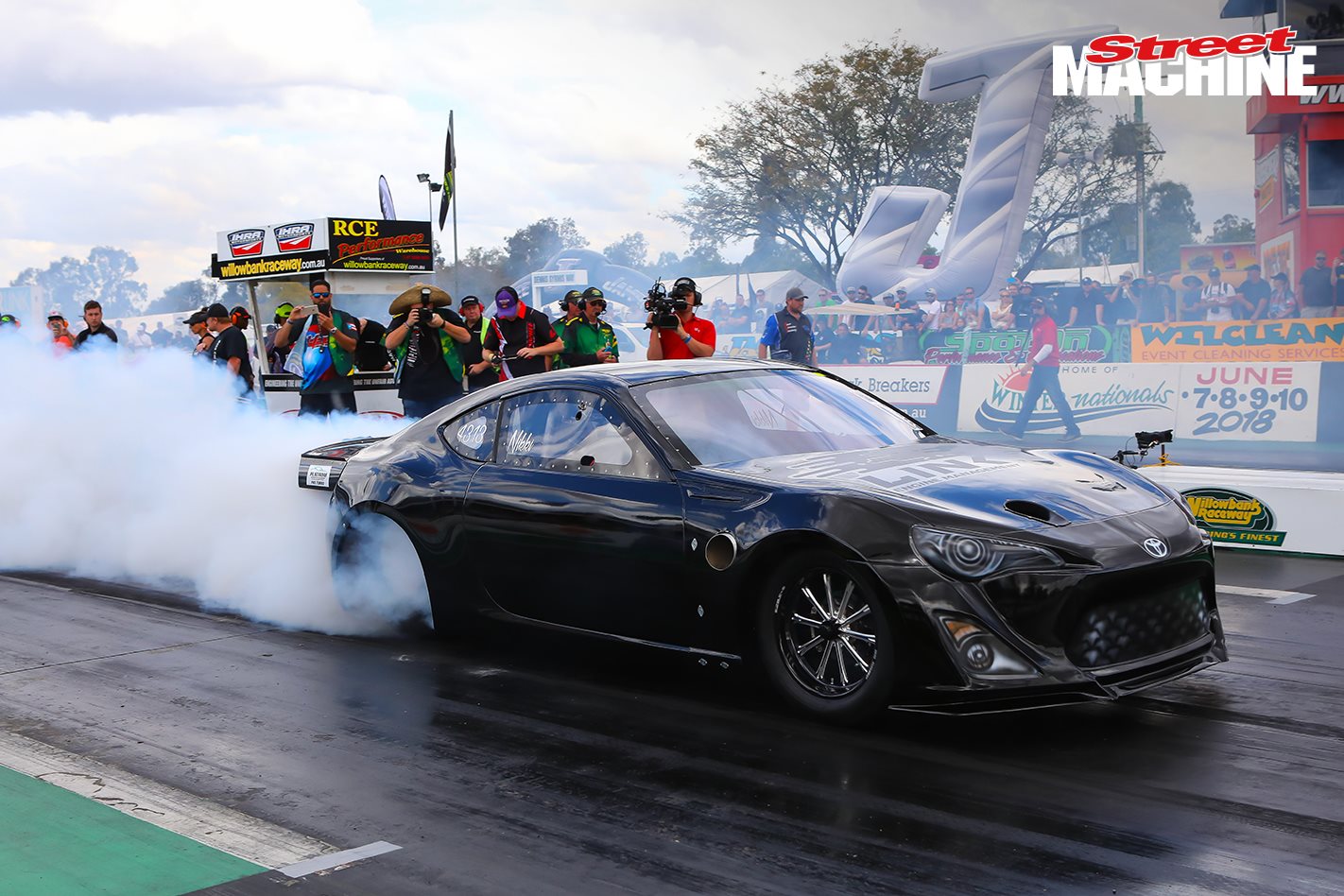 Nikki Hepburn has entered her six-second Toyota 86. Powered by a boosted Toyota 1FZ straight-six making 2000rwhp, this tube-chassis weapon has a PB of 6.98@196mph to its credit and has since run a handful of passes well north of 200mph.

Rumour has it Terry Seng from Queensland’s Paramount Performance is also working to get a car ready for the Radial Riot. We’re hearing Terry might be putting together a new Commodore streeter with the engine out of his ’55 Chev Doorslammer – the same engine that powered his HDT275 VC Commodore through three Street Machine Drag Challenge events and to a PB of 7.37@187mph. 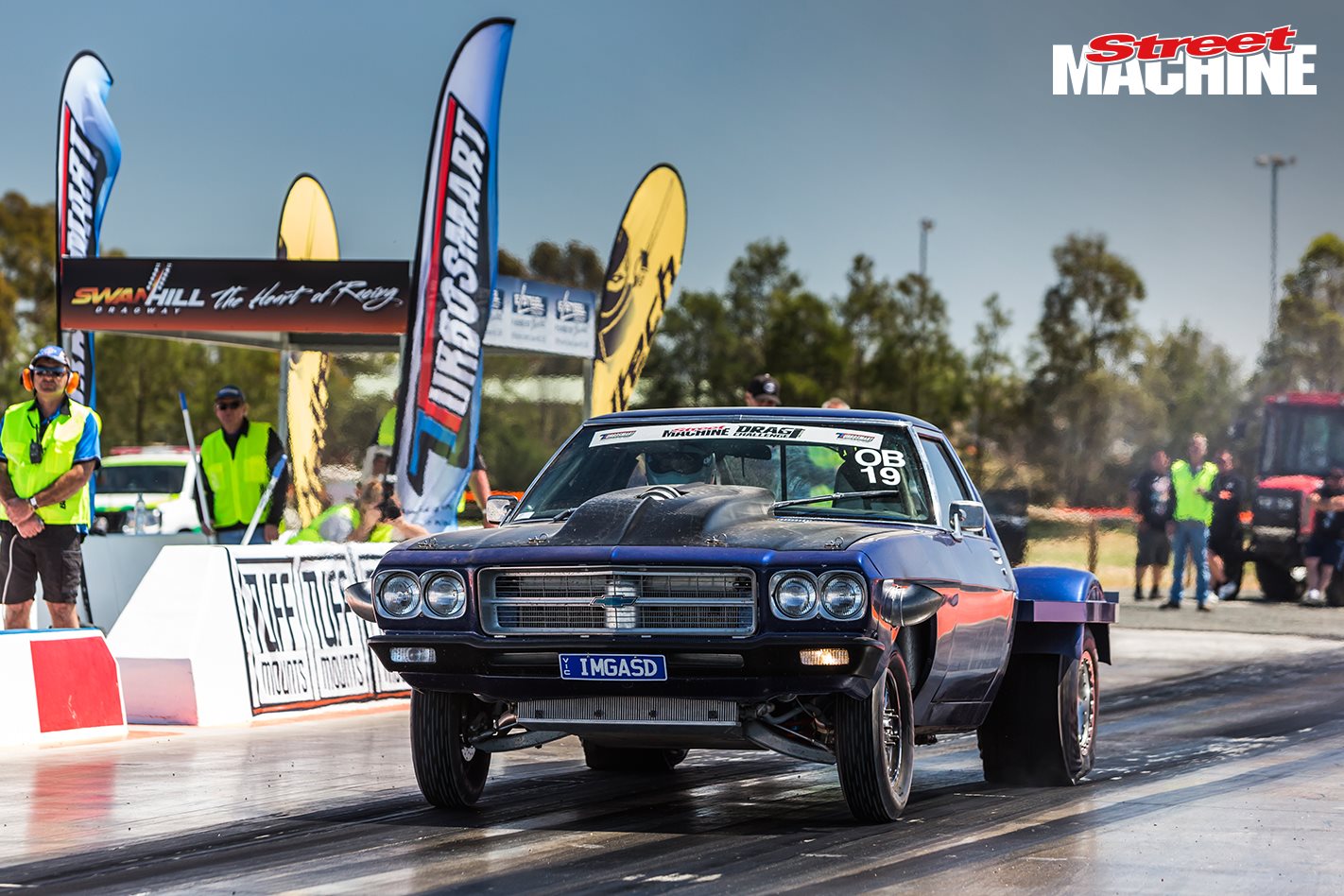 Jarrod Wood and his HQ one-tonner ran a string of seven-second passes at last year's Drag Challenge, but at Kenda he'll be running a Mustang brought out from the US that already has three-second timeslips in the glovebox. 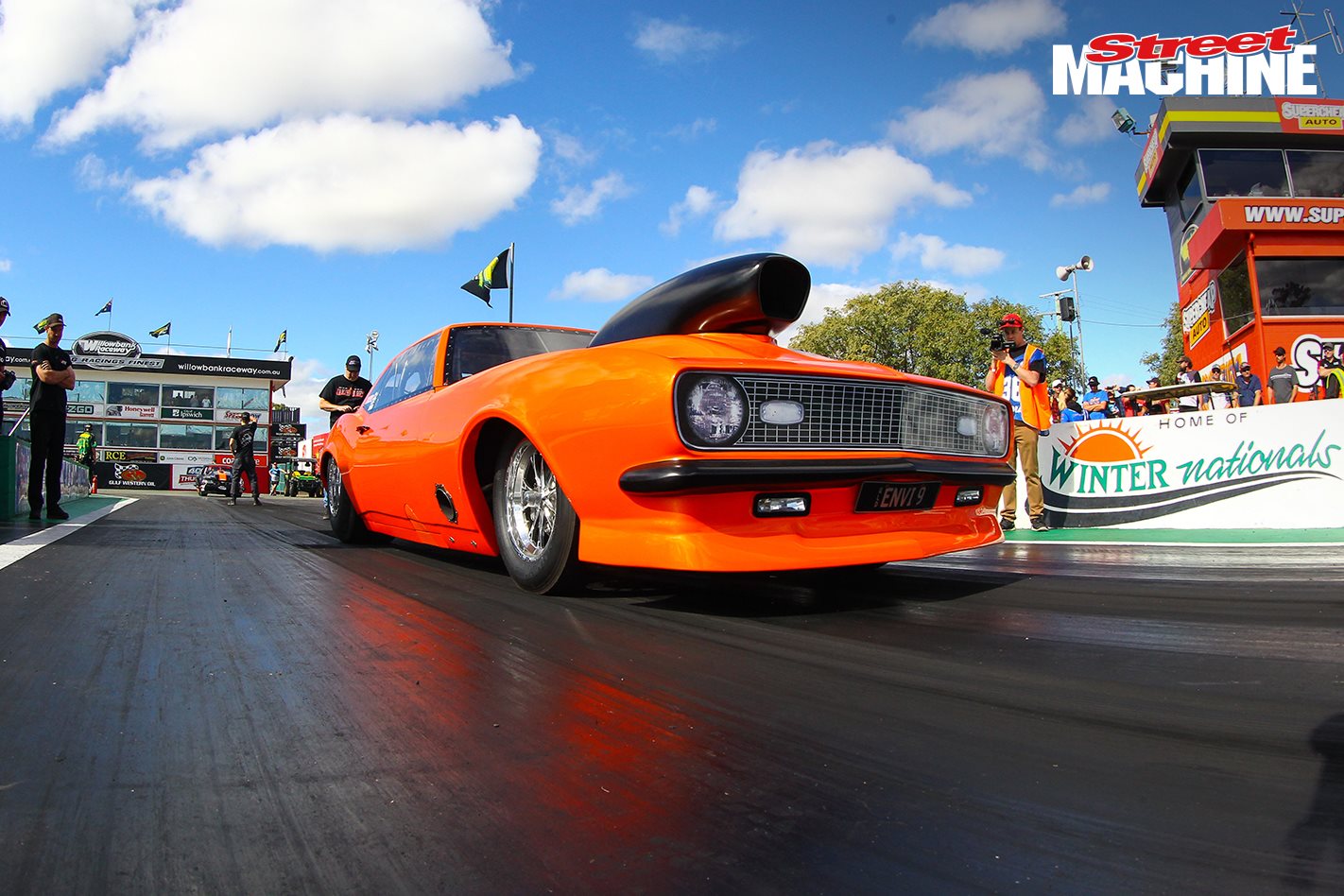 There are four classes for the Kenda Tires Radial Riot. The Kenda 660 Kombat class is for the 16 quickest cars on the day – most of which will be from the 660 Radial Series – while Radial Rebels will field the next 16 quickest cars and will operate like a ‘Radial vs the World’ with any style of car and radial tyre. These two classes will be mostly made up of dedicated race cars. Radial Warz will comprise mostly streeters running your usual 275-style radial tyre and roughly around the 4.90 to 5.50-second zone. The final class is Radial Rumble, for 10- and 11-second genuine streeters. 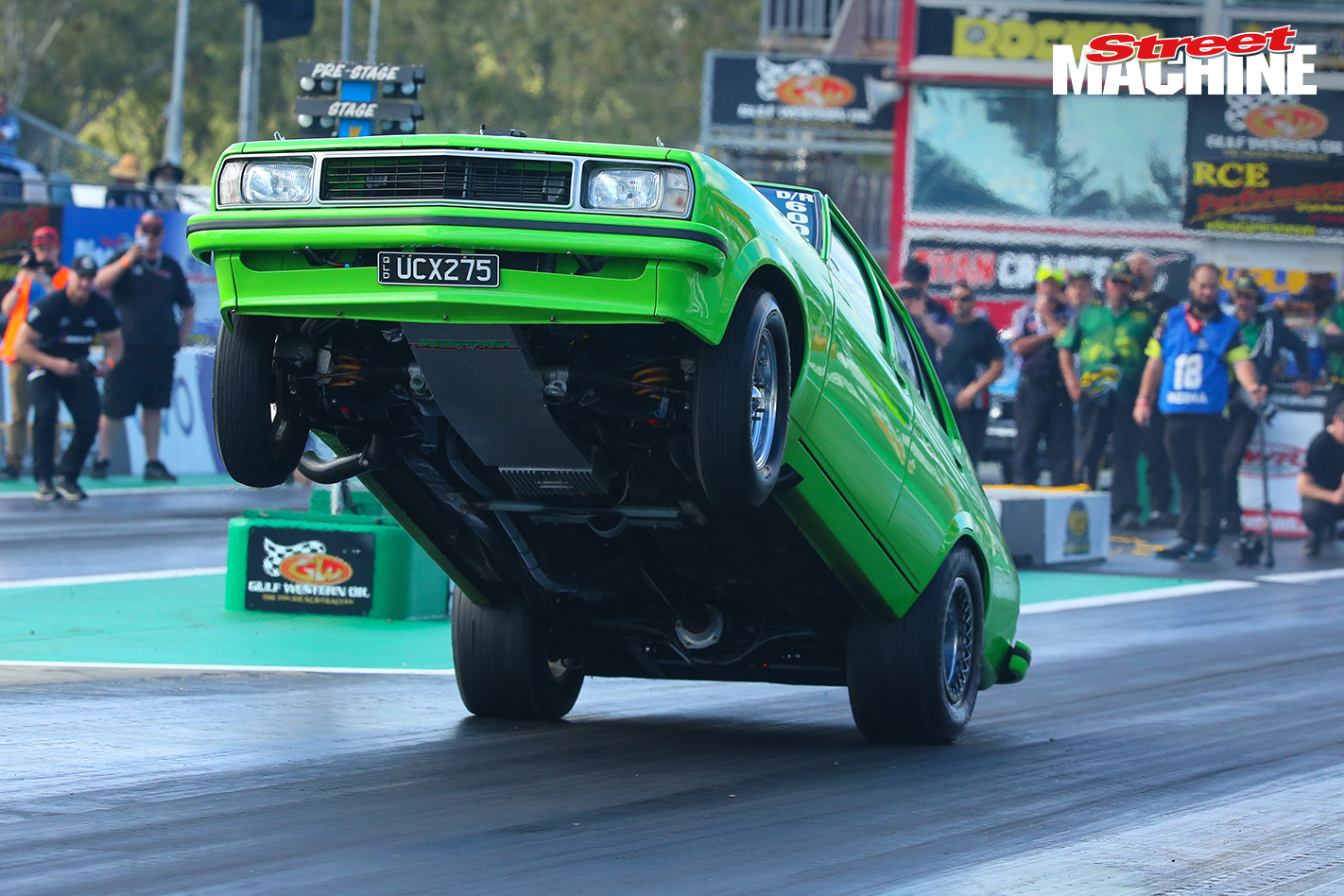 There will be a number of qualifying rounds to get an idea of what cars should be in each class, and then there will be a seeding process to match up cars and drivers with their closest competition to keep it even and interesting for the spectators. Each class gets six rounds of heads-up lose-and-you’re-out racing, followed by a final decider.