From the moment you entered the Clunes Showgrounds in central Victoria, you got the feeling you might have been walking through the gates of the Halls of Justice. Or into a post-apocalyptic desert where a litre of Guzzolene was maybe worth more than a man's life. Yep, the Mad Max circus was in town. Actually, it was the 'Toecutter Gang: Johnny The Boy Lives Tour', staged by the Freedom Riders bike club. And it went off.

Watch the video of the Mad Max Reunion tour here

23
Steve Scholz and Cali Cheers spent the day as Wez and Warrior Woman, hanging off the Humungus Truck and posing for photos with the crowd

As well as a ride (or drive) out to various locations where the original Mad Max flick was filmed, the 1000 or so people who turned up for the event enjoyed bands, loops of the film on the big screen and maximum Max madness. As in, there were no less than six copies of Max's Interceptor on the main oval and a few other hopefuls scattered around the car park.

23
Simon Lloyd drove his Interceptor all the way from Queensland, with his family on board

Five of those Interceptors were parked in a cluster; one had been trucked down from Darwin and another had actually been driven down from Ipswich, near Brisbane. And just to prove that the Mad Max phenomenon is a dead-set global one, the bloke who wheeled the big black coupe down from Brisneyland is actually a Pom.

Yep, Simon Lloyd lives in Ipswich these days, but when he moved out here from London a couple of decades ago, it was actually to search for his dad, who'd split with his mum and legged it when Simon was just a tacker. "I came out here to find my dad. Not only did I find him, but I found Mad Max as well," he said. 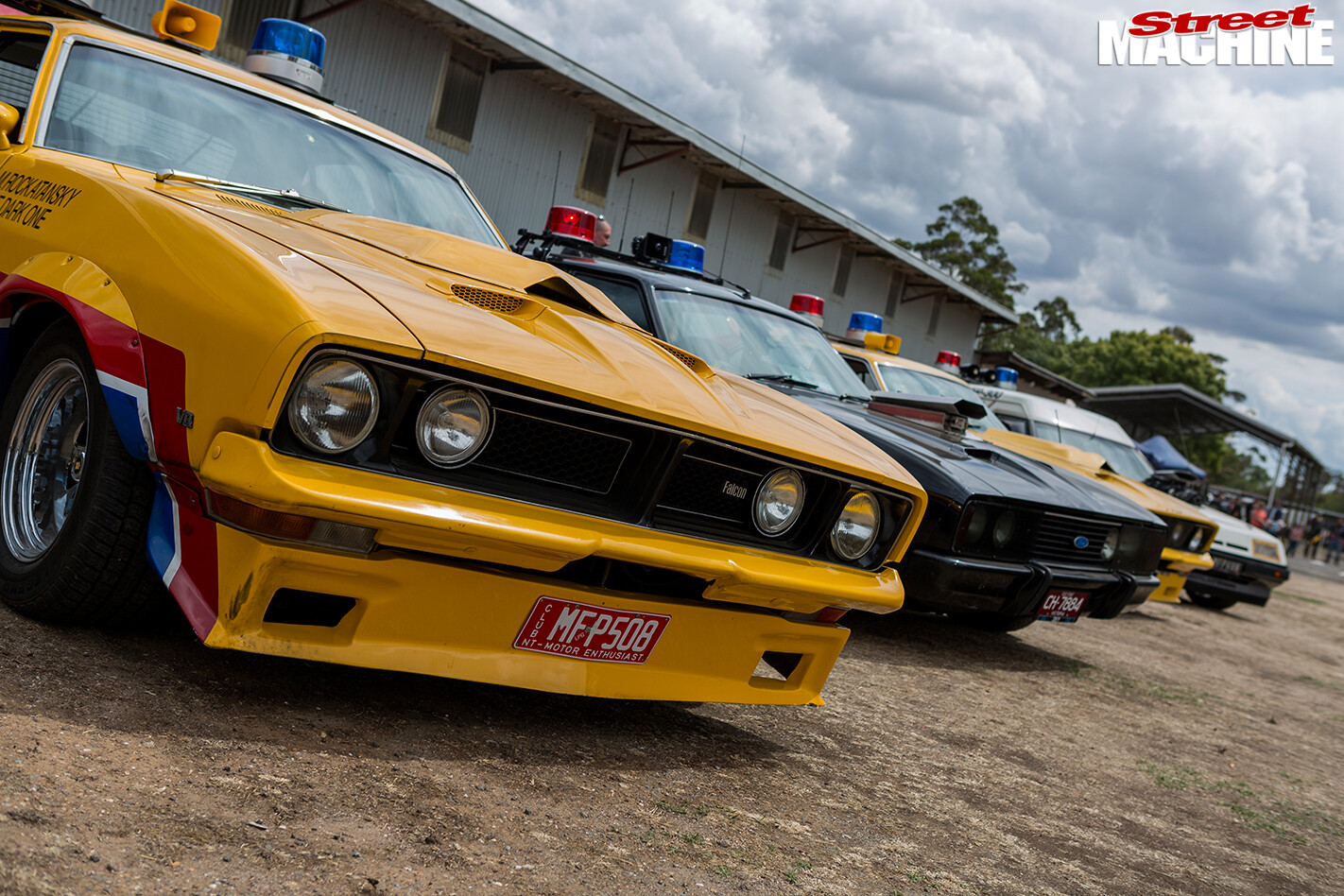 And not only did he discover the cult movie, he fell for the whole thing. Hard. The MFP jacket, badge and leather strides tell Simon's story, but it's the coupe that really stamps him as a Max tragic. 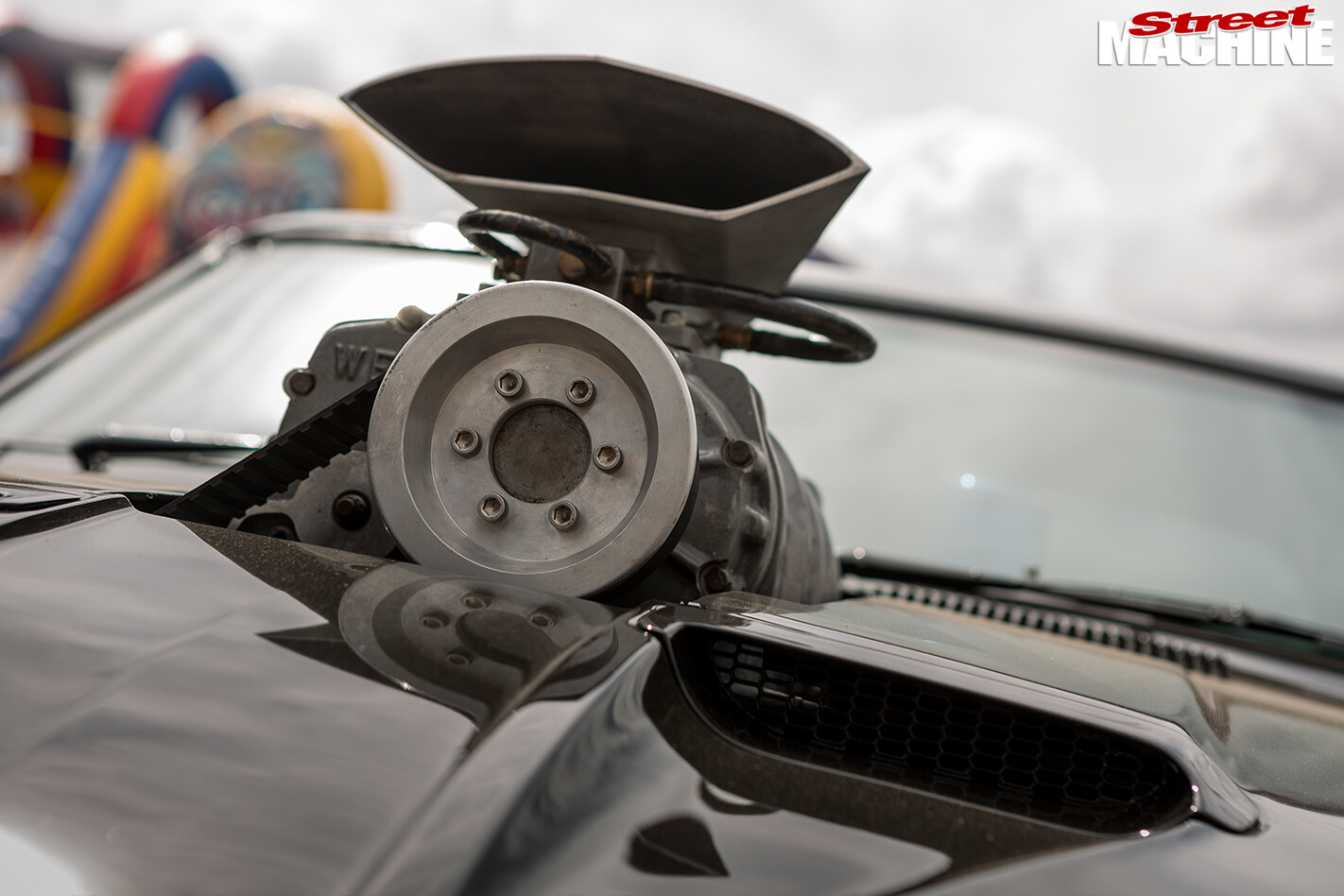 The car was built from a shell in 2008; Simon managed to source a lot of the stuff from Australia, but had to rely on Stateside suppliers for some of the fiddly stuff. Like the real Max-mobile, the blower on the front is a dummy, although the donk is a 302. And simon concedes it's not 100 per cent film-correct. "I put five bolts on the blanking plate on the back of the blower, but there should only be three," he admitted. "And even though it's the correct one, the roof console is a real head-knocker. I drew blood on it once. I've been comparing notes with the other Interceptor owners, too; they've all bashed their heads the same."

23
Dave Hughes's Mad Max HJ van replica was a cracker. The van had all the goodies that Max's film van had, including the ROH mags, Caprice grille, XC GXL headlights, space-age mural and - most importantly - Cundalini's severed hand

But it wasn't just the black Interceptor that had been copied. As well as a couple of very convincing Goose bikes and a forensically accurate Rockatansky family panel van, the Humungus Truck from Mad Max 2 was also blasting around the showgrounds, puking flames and transporting Wez and Warrior Woman. Okay, so it wasn’t Lord Humungus’s original wheels (that was destroyed in filming), but the re-creation is also fanatically faithful to the original and was built in the Bairnsdale shed of a bloke called Alan Potter. In between his work as an aged carer and panel beater, Alan put the monster together in two years, after a couple more years’ planning. 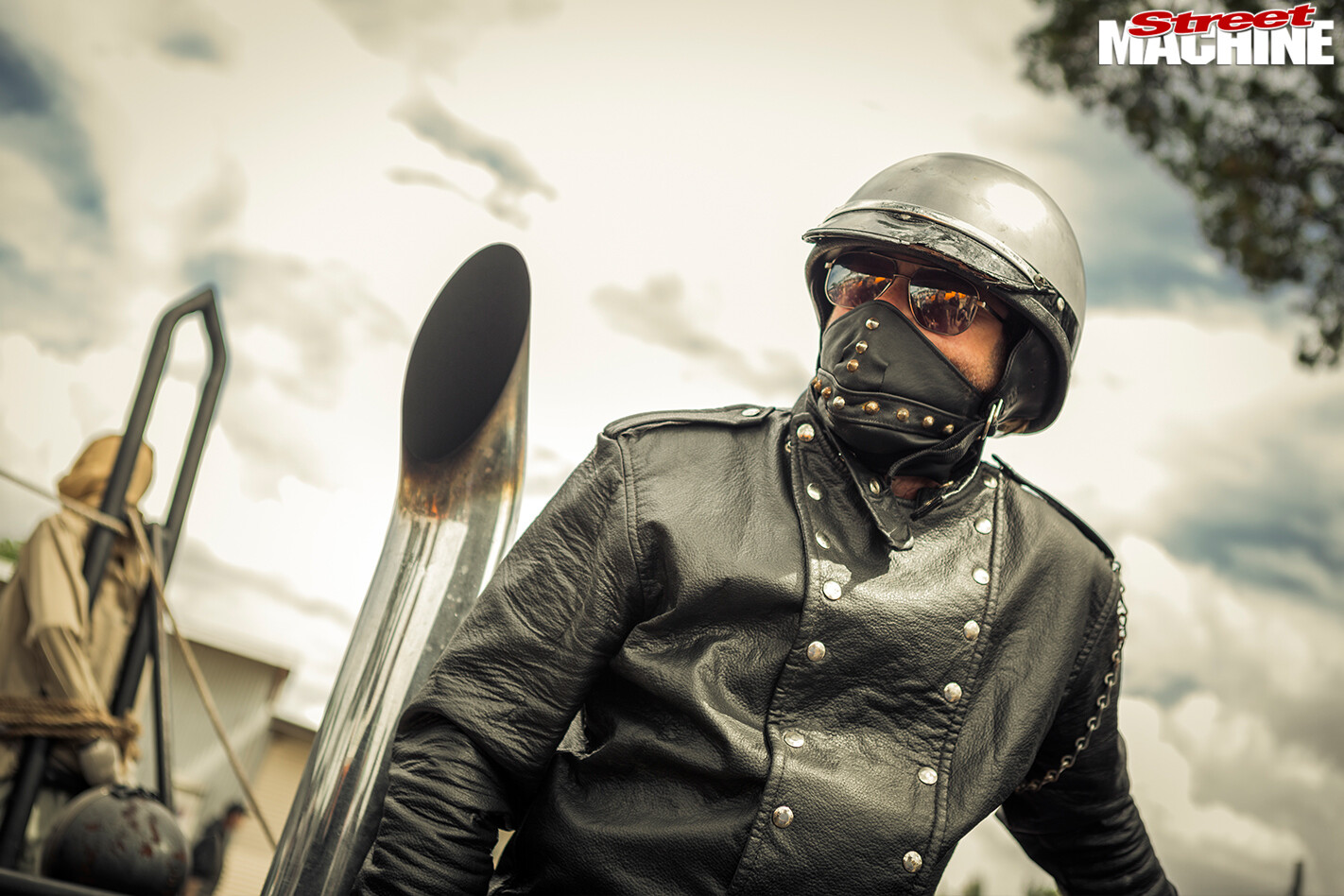 “The chassis is a mid-70s F100 but the rest is all hand-built,” he told us. “And there was a lot of hard-to-find stuff to make it accurate. The pumps on the back are from 60s petrol bowsers. Oh yeah, I also built a Goose bike and an XB Pursuit car. They’re here too.” 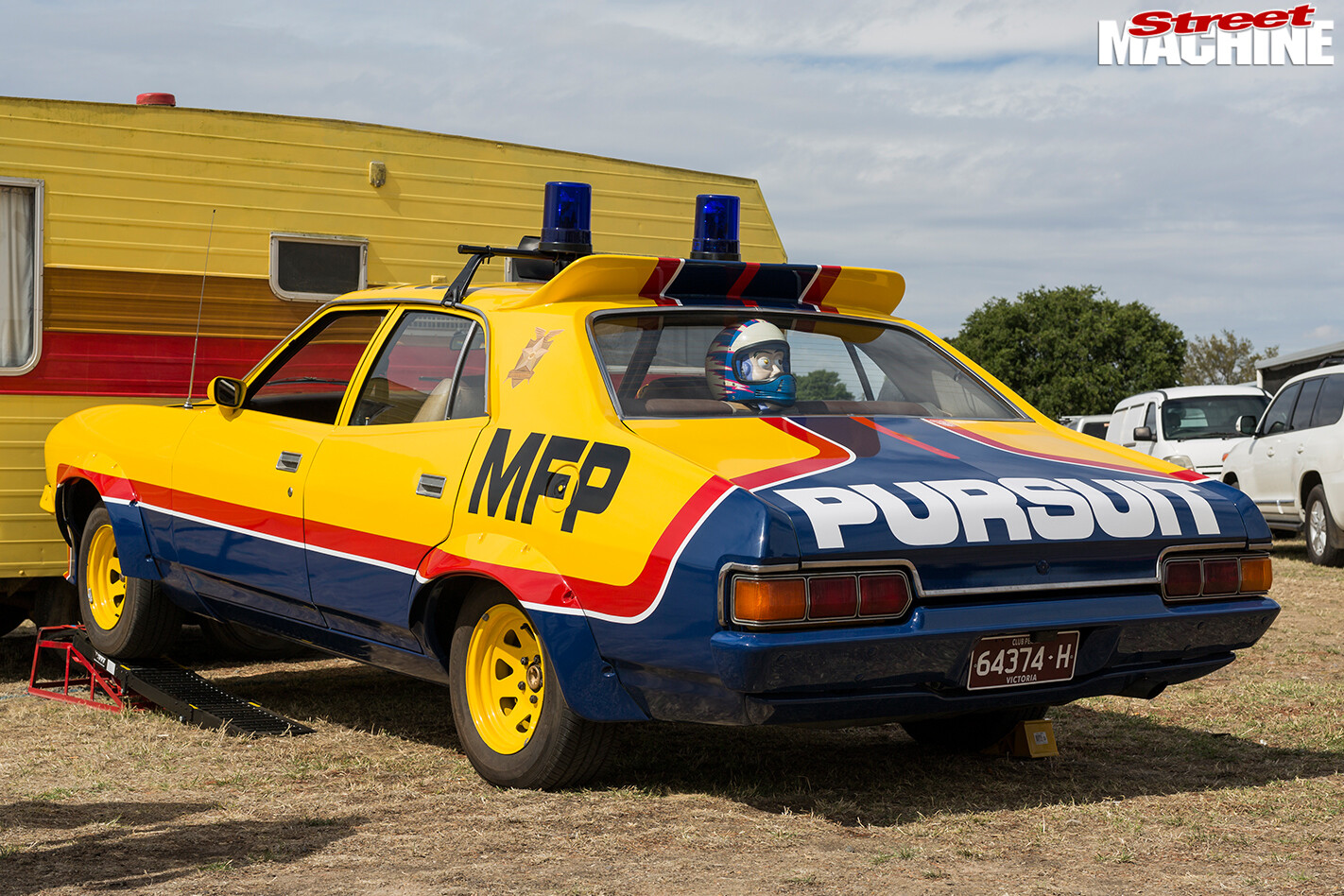 Okay, so the Mad Max vehicles are a major part of the attraction for many, but the actors and stunt dudes that appeared in the shoestring-budget first film were also a huge part of the magic. One of them is professional Frenchman Bertrand Cadart who, despite his Monty Python-esque accent, has actually lived in Australia for decades and now calls Bicheno in Tassie home. Bertrand was introduced to Mad Max director George Miller back when the original movie was still in the planning stages. In those days, Bertrand was making and selling a particular fibreglass bike fairing, and was approached by Miller to supply the pieces as well as modify many of the bikes for the film. 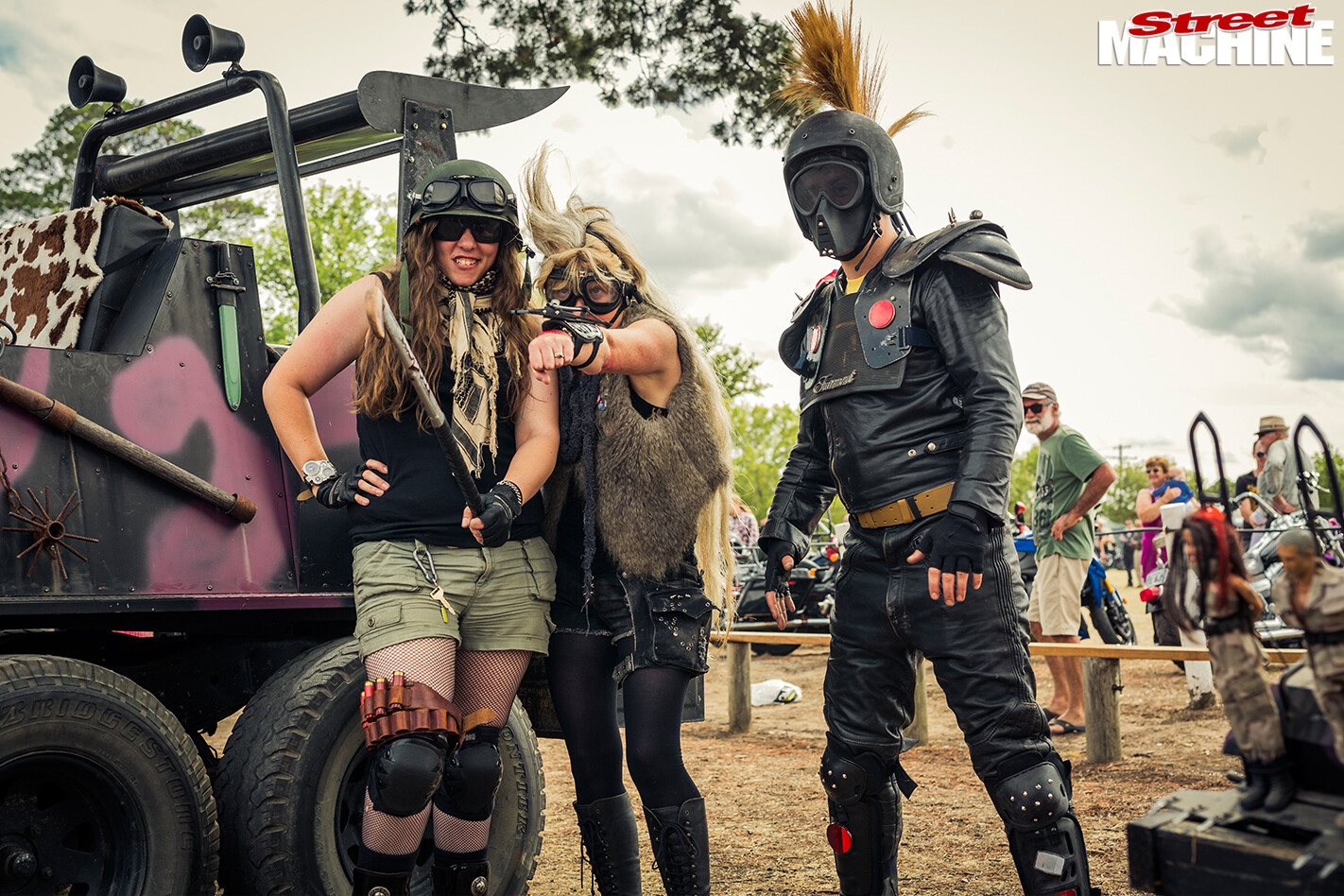 “George came to visit me to check on the fairings and asked me if I maybe wanted a part in the film. I told him he was crazy and that I doubted that his film would ever be finished,” Bertrand recalled. “But he eventually talked me into it and that’s how I became the bikie Clunk. To be honest, I didn’t really enjoy the filming process. The budget was so bad that in the final weeks, George couldn’t even pay the caterers. Actors’ Equity wanted to shut him down, but we [the actors] said we’d buy our own lunch. Anything to get the damn film finished.” 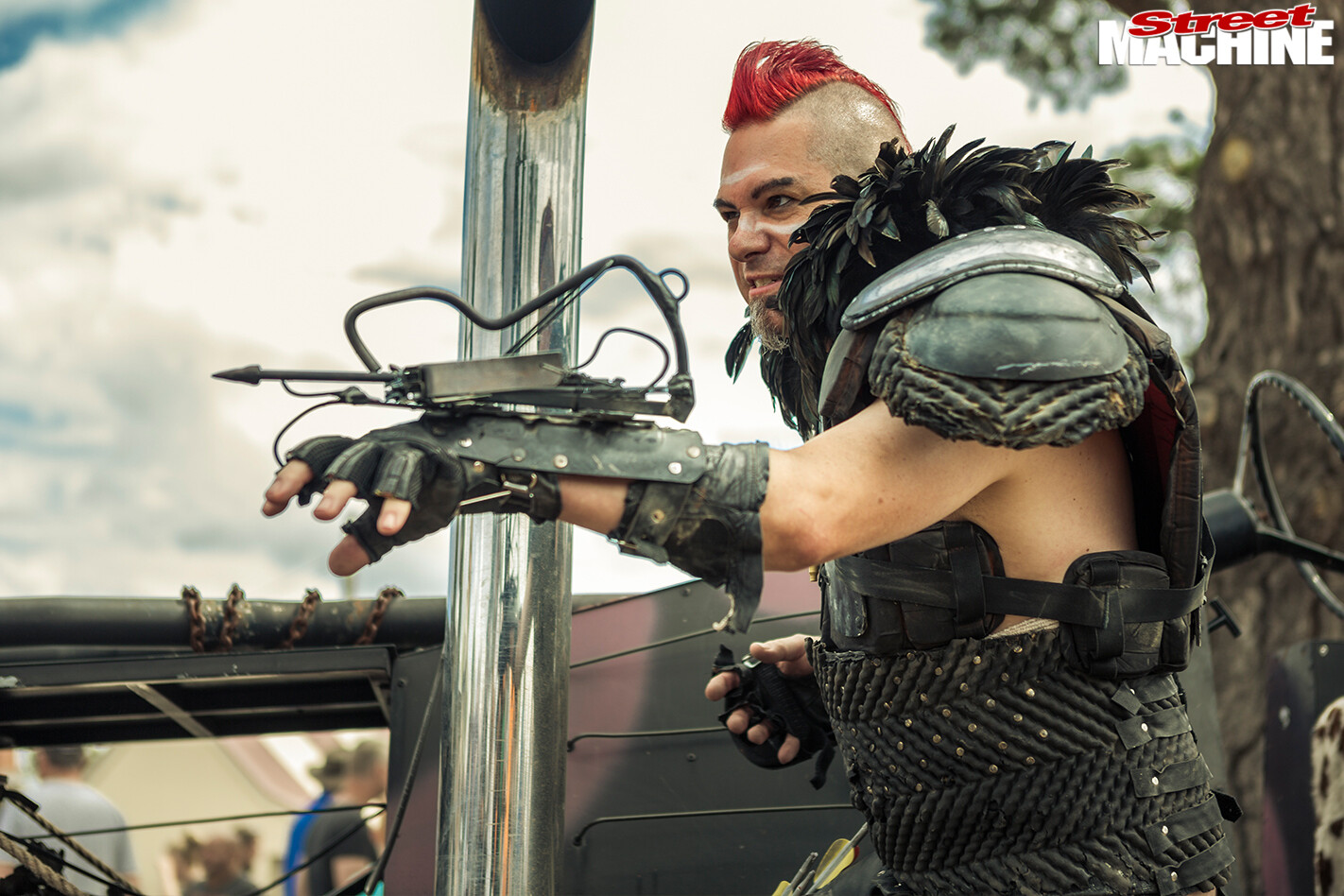 But Bertrand admits that the moment he saw the movie on the big screen at the opening, he suddenly understood the miracle Miller had pulled off. “I went up to him and shook his hand and told him he was a bloody genius. That was the greatest moment of Mad Max for me.” 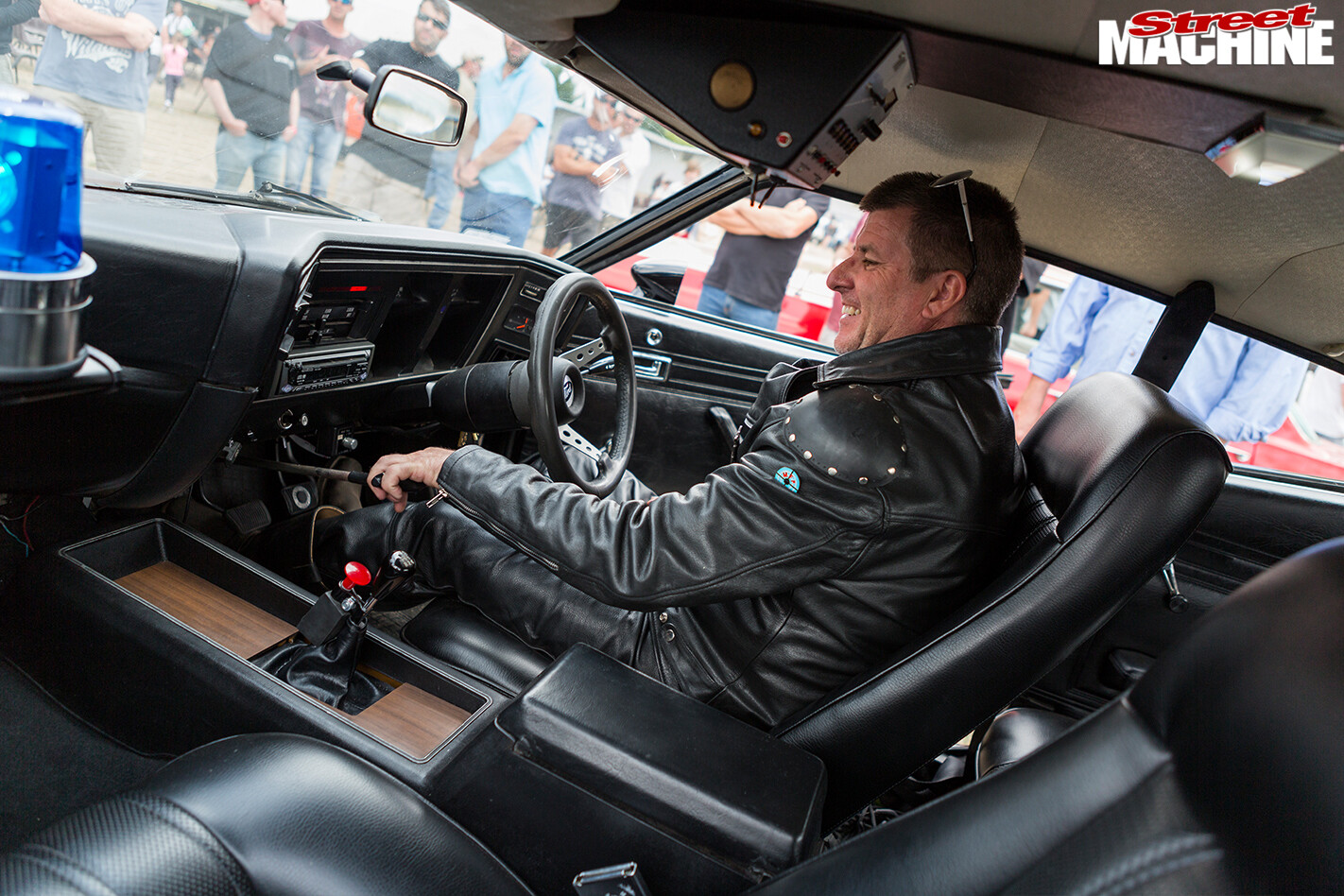 As well as all the Maxiness, the tour included a feelgood angle, too. According to senior member of the Freedom Riders, Wayne (“call me Sledge”) Nunn, the day was about changing a few public perceptions of what bike clubs (as opposed to bike gangs) get up to. 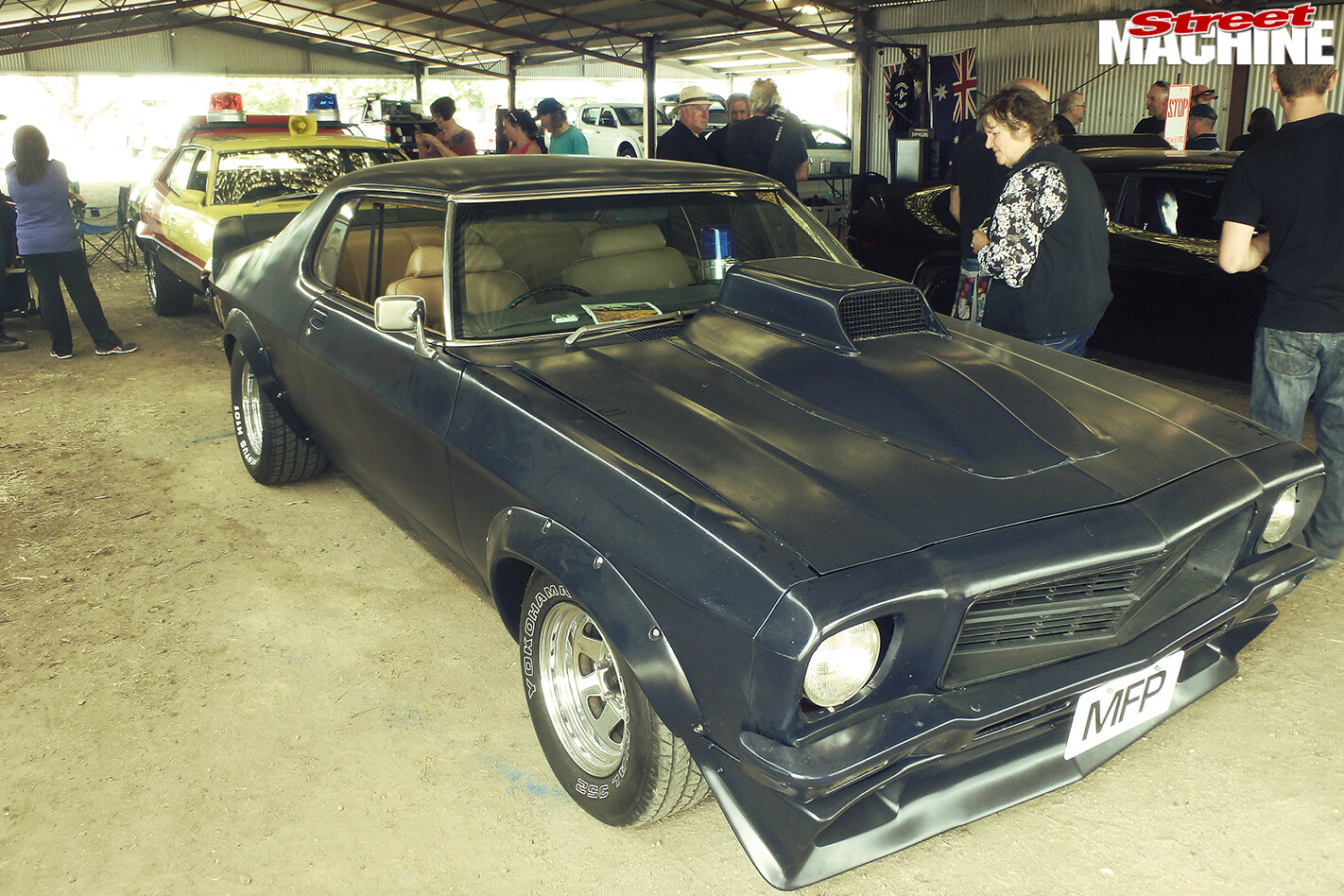 “We raised $10,000 for MS Australia, $1000 for the Cystic Fibrosis Association and $1500 for a regional cancer centre in Bendigo,” he said. “We want to change the negative stereotype of bikers. We’re not selling drugs or anything; we’re all about the ride.”

So the big day had everything for the committed Mad Max fancier. Well, nearly everything. See, pretty much the only thing we didn’t see was anything to do with Mad Max: Beyond Thunderdome, backing up the theory that Fury Road is still too new, the first two films were the real deal, and not even Angry Anderson could save Thunderdome.