The top rides at MotorEx Sydney on the weekend

ASIDE from the bombshell that MotorEx would be under new management in the not-too-distant future, perhaps the biggest news to come out of the event was the epic Superstars clean sweep staged by Adam and Kylie Perry’s wild Tailspin Holden. 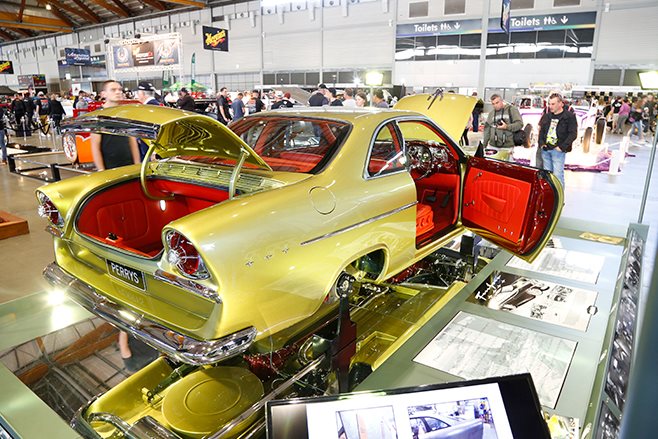 Impressively, the back-to-front custom won gold in all seven categories for which it was eligible: Bodywork, Paintwork, Engine & Components, Undercarriage & Driveline, Interior & Rear Compartment, Impact & Display, and Overall Innovation. The icing on the cake was a spot in the coveted Super Six, and the big one – Grand Master. “Winning Grand Master was a great feeling,” Adam said. “That’s what we set out to achieve with the car, so we’re stoked.” 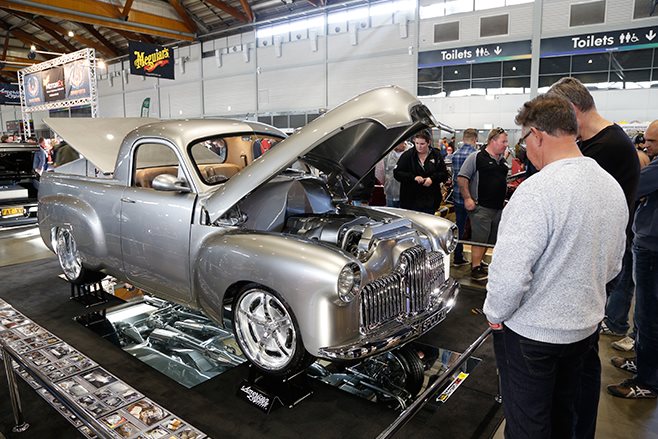 Another big achiever in the Superstars ranks was Graeme Barker’s stunning supercharged V6-powered FX Holden ute, which was on debut at MotorEx. It picked up silver medals in Bodywork, Engine & Components and Undercarriage & Driveline, together with bronze medals in Interior & Rear Compartment, Impact & Display and Overall Innovation. 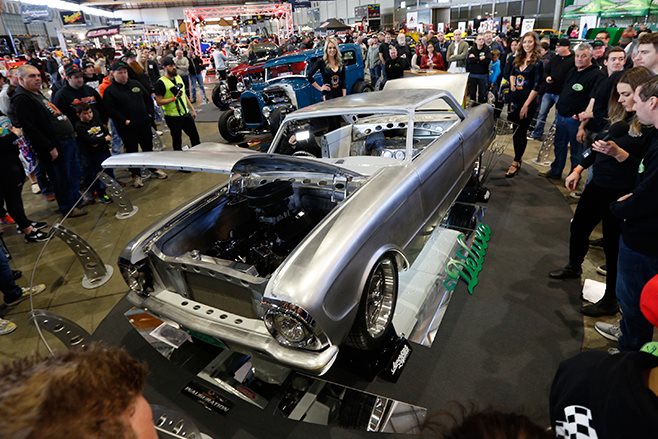 One of the most special accolades at MotorEx is the Laurie Starling Award, which this year went to Mike King’s Deluxe Rod Shop-built XM Falcon coupe. Unveiled as a work-in-progress as part of the House Of Kolor Inauguration, the car was finished in bare metal, which helped to highlight the fab work involved in the build. “To say I am over the moon is an understatement,” said the man responsible, Steven Alldrick. 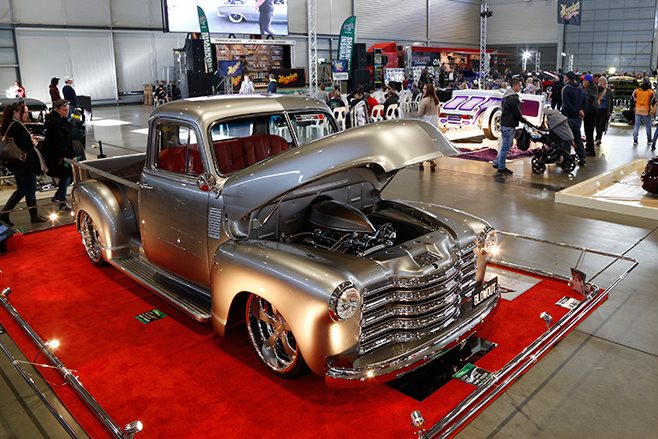 In the ever-popular Street Elite Showcase, the Pat’s Pro Restos-built BLOWOUT Chevy pick-up of Peter Hinz was a force to be reckoned with. It picked up silver in Bodywork, golds in Engine Bay and Design & Execution, and Top Street Machine overall. 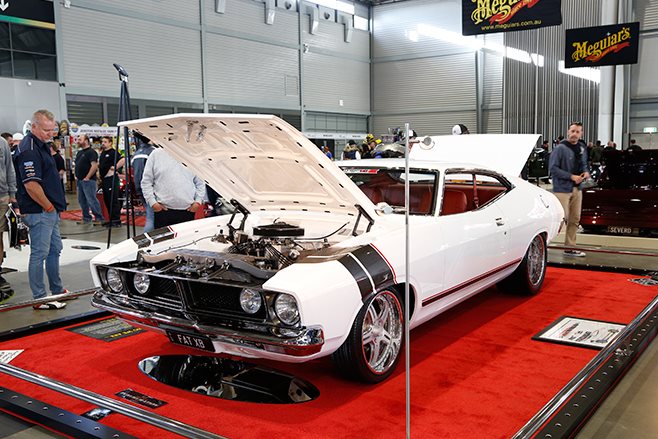 Another Pat’s Pro Restos build and one of the House Of Kolor Inauguration vehicles, Rick Galloway’s XB coupe picked up gold in both Bodywork and Paintwork, as well as silver in Design & Execution. As Pat’s Pro Restos panel man Lance explains, the car isn’t wildly modified, but a huge number of factory defects were painstakingly ironed out, and the judges were suitably impressed. 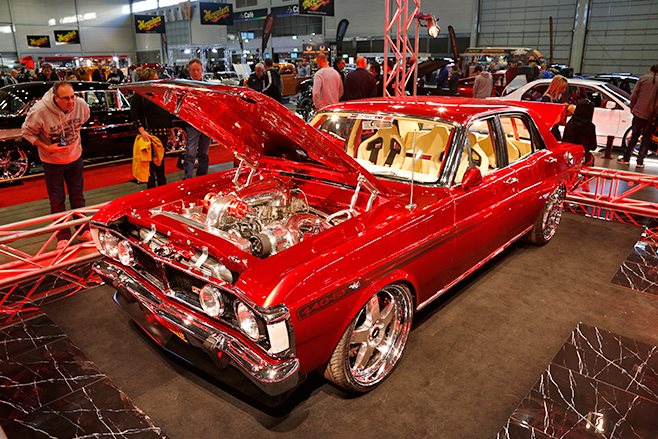 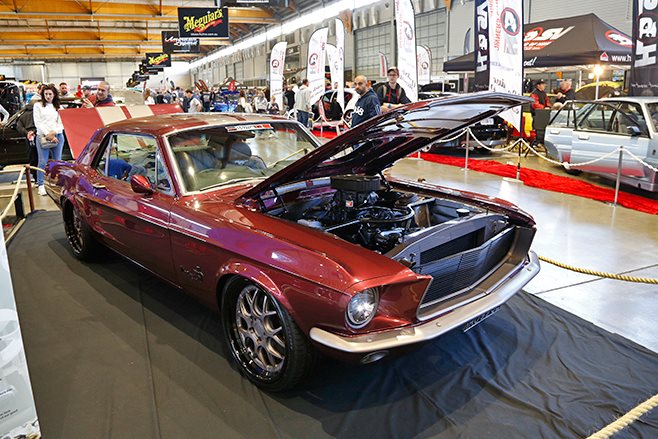 Terry Morton’s killer pro touring Mustang took out bronze awards for Engine Bay and Design & Execution – impressive for a car that Terry and his son Adrian largely pieced together in their backyard shed. 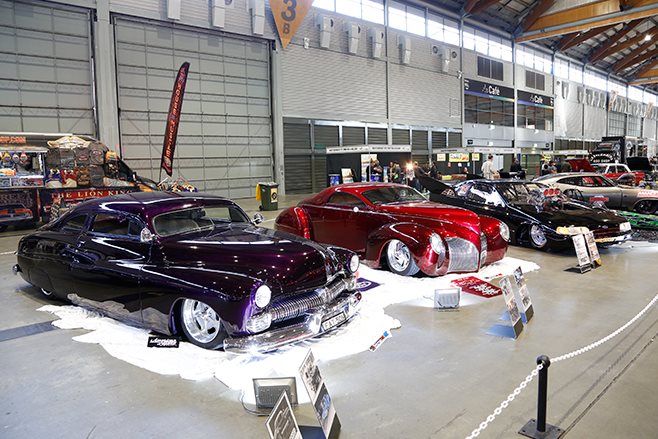 It’s fair to say that Benny Gatt's awe-inspiring ’39 Lincoln Zephyr is no newcomer to the scene – it’s been around for yonks. But it’s still in incredible shape; so much so that it picked up the Pinnacle Award for Top Custom Cruiser at MotorEx 2017. 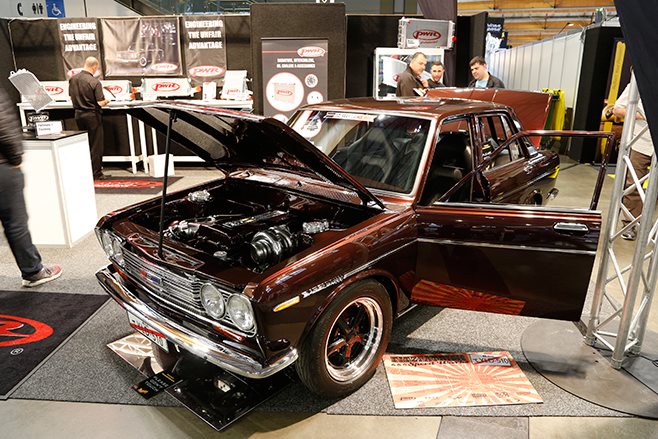 Aaron Fitzpatrick’s ‘other’ Datsun is an absolute work of art. In the Street Elite Showcase it took out silver in Engine Bay and gold in Engineering, and you can check out a full feature on the car in the August issue of Street Machine, on sale now! 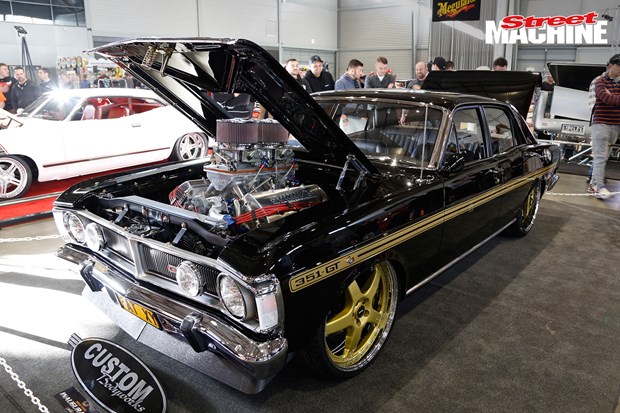 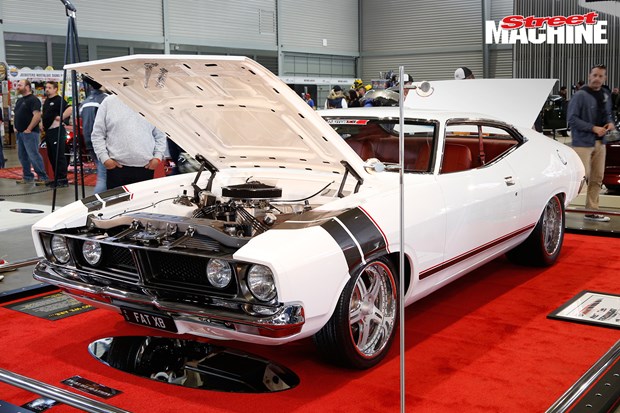 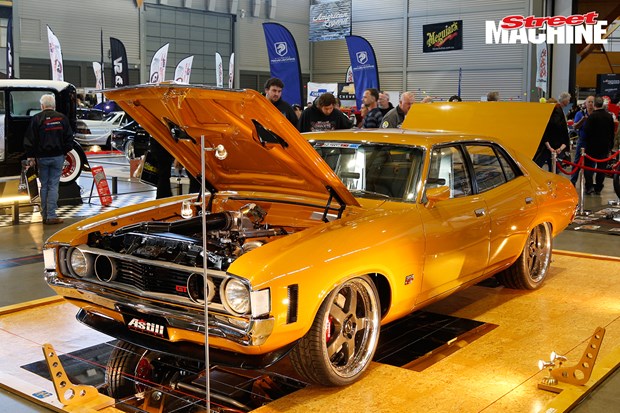