MEGUIAR’S MotorEx hits the Melbourne Showgrounds on the weekend of 26-27 May. This will be the first MotorEx run by the new team from Out There Productions, and the first to feature the good folks from SEMA. While the headline attraction remains the elite show cars, this year’s event will feature a massively expanded Real Street display and a bigger focus on active displays such as drifting, dyno and FMX. Throw international superstar Chip Foose, AFL legend Barry Hall, and a bunch of other Aussie celebrities and their cars into the mix, and you’ve got a massive weekend! For more info, check out motorex.com.au. 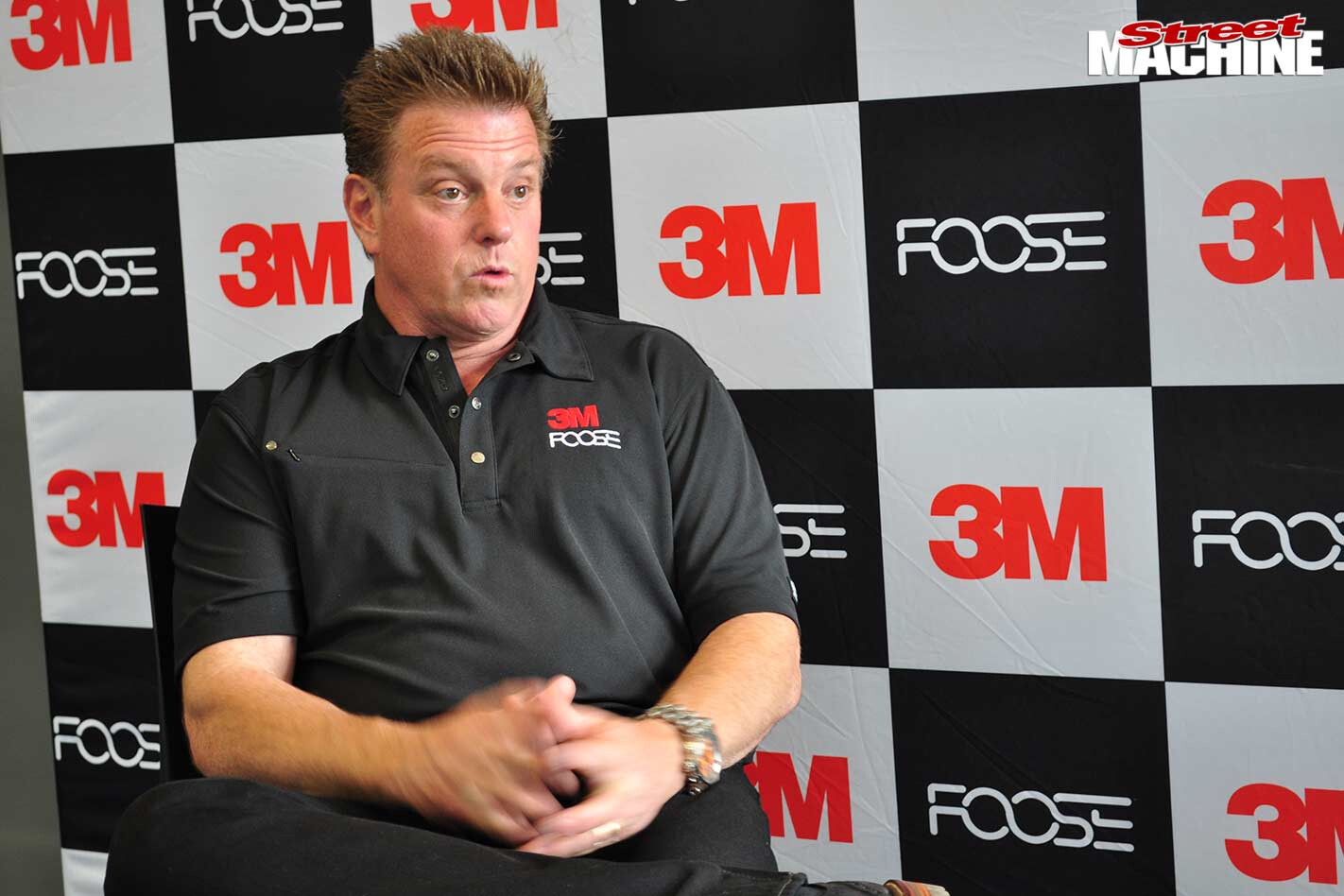 AMERICAN car builder and TV personality Chip Foose will be a special guest at this year’s Meguiar’s MotorEx, thanks to the good folks at 3M. He’ll be doing autograph-signing sessions, drawing sessions and panel chats, and to top off the weekend, the car that takes out the Grand Master award will be immortalised in a live drawing session by Chip. That will be worth the price of entry alone! Look for him on the 3M stand in the Meguiar’s Superstars pavilion. A LOT of people don’t know that some high-profile Australian celebrities are pretty big into modified cars, and a handful of them will show off their metal at MotorEx, including AFL legends Barry Hall, brothers Anthony and Saverio Rocca, Sam Newman and Jason Traianidis. Broncos star and Queensland State of Origin legend Corey Parker will also show off a car, alongside Allan Moffat, TV personality Andrew Daddo and actor John Wood. THERE will also be a burnout car display, with start-ups and revving every few hours, along with meet-and-greets with the drivers from 1pm to 3pm. Some of the big hitters include Rick Fuller (LSONE), Shane D’Amato (GHETTO), Ross Heasley (MRBADQ), Justine Mott (GEMSKID), Lisa Howie (BRNRBA), Jack Seaman (LOOSEQ) and more. THIS year’s MotorEx will see the largest number of Superstars contenders in 10 years, and the biggest ever seen in Melbourne. Over 40 cars will be competing for the richest elite show-car prize pool in the country, including eight wildcard entries. “Because we’ve moved the show forward this year to align with SEMA, we won’t have any cars from Perth [WA Hot Rod & Street Machine Spectacular is on 16-17 June], and Queensland didn’t have a show this year, so that’s why we’ve added the wildcard entries,” says Owen Webb. Three-quarters of the cars are brand new to Meguiar’s Superstars at MotorEx, and as always, there will be great variety on offer, including hot rods, muscle cars and the reigning Summernats People’s Choice and Top Judged Elite cars. All Australian states will be represented, as well as one car from the United States – a stunning ’55 Chevrolet coupe. It will be great to see how our local stuff stacks up against the Yanks, or maybe if their stuff stacks up against ours. There’s no doubt that Superstars has lifted the build quality in the Aussie car scene. You’ll be able to check out all of the Superstars contenders in the one pavilion, so get amongst it! HERE’S the tip: You could take the family sedan to MotorEx, park in the general car park, pay your entry fee and enjoy the show. No doubt you’ll have a top day. But if you’re smart, you’ll polish up your street machine and do the online application for the Rare Spares Real Street Display. You’ll get your car on show with VIP parking, a discounted entry ticket and an entrant T-shirt. That will only set you back $60 for the day or $80 for the weekend. And guess what – that is cheaper than parking your daily dunger outside and paying for admission. Sweet deal or what? Plus there will be a Top Five awarded from Real Street thanks to Custom Plates. And on both days, Chip Foose, Owen Webb and some of the other personalities at the event will pick five real street cars to drive onto the presentation stage, SEMA-style, to be talked about in front of a big live audience. Chip is going to pick one lucky Real Street entrant’s car and draw it at the event as well. WITH the very fastest street cars in the land now punching out 2000rwhp, hub dynos have become the new coolness. So for the first time, Mainline is bringing one of its big-dog 3000rwhp-capable hub dynos to MotorEx to put some heavy hitters to the test, thanks to VCM and HP Tuners. Adam Rogash from MPW Performance will run the show and we’ll see plenty of grudge matches going down, including some top-end burnout cars and Holden versus Ford shootouts. Plenty of big horsepower claims get thrown around these days, so the plan is to put some of those to the test! AFL legend Barry Hall will be giving his Camaro a run and hoping for 1000rwhp. SEMA – the Speciality Equipment Market Association – runs the world’s biggest aftermarket trade show on earth, and are powerful advocates for our sport, fighting onerous government regulation around the world. This year, SEMA is bringing over 20 US companies to display their wares at MotorEx and network with local workshops and fast-parts manufacturers. Australia is one of the biggest markets for go-fast gear outside the US, so this is a big opportunity for the visitors and locals alike. And for the first time anywhere in the world, the general public will be able to check out the SEMA display from lunchtime Saturday. The US crew will have their own section of the larger Performance Garage trader area. 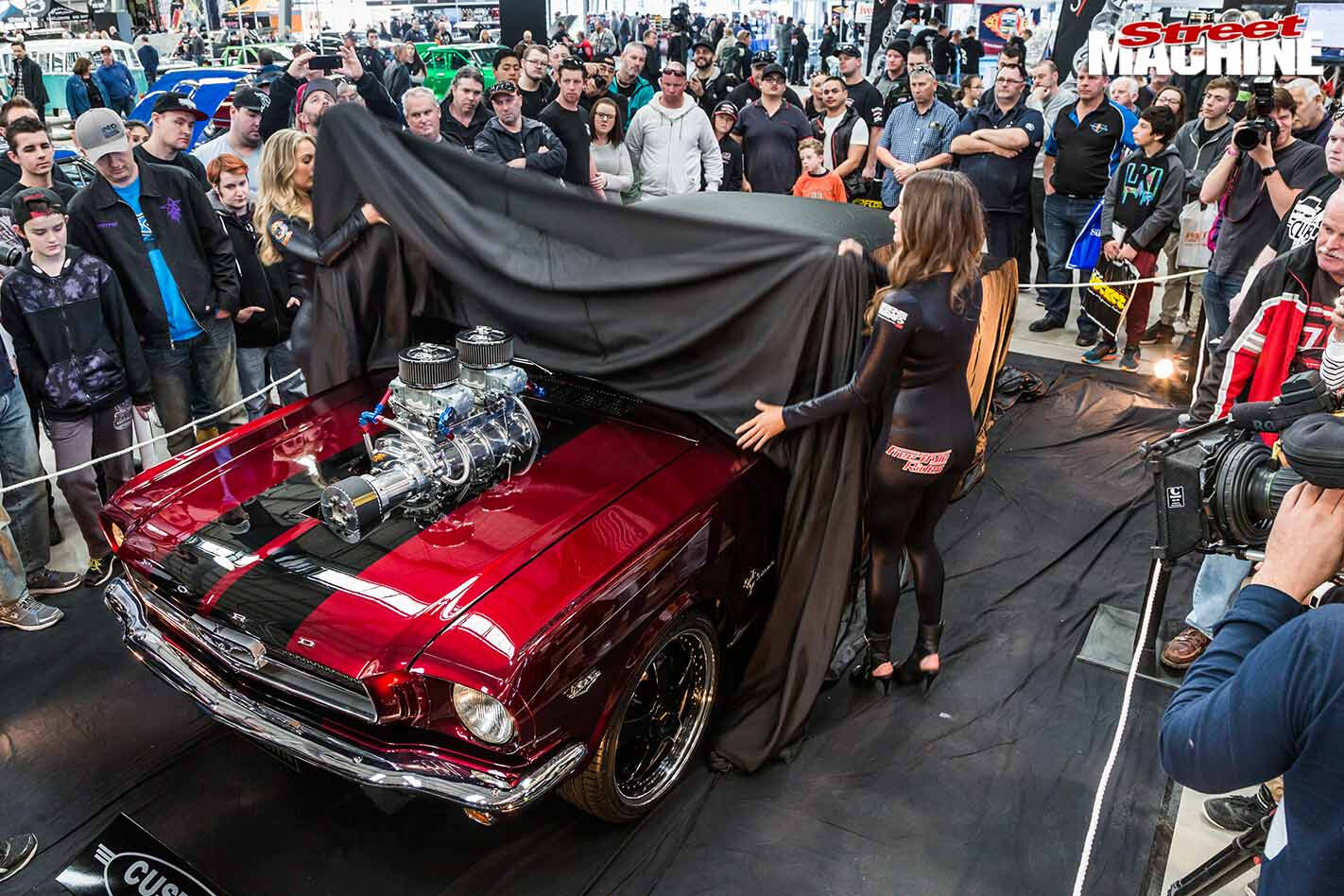 MOTOREX will be the first place the Australian public can get a good look at the new Ford Mustang. Long-time Aussie Ford tuning company and certified Ford Performance dealer Herrod Performance will have three of the 2019-facelift Mustangs on their stand, including one decked out in the Ford Performance livery. 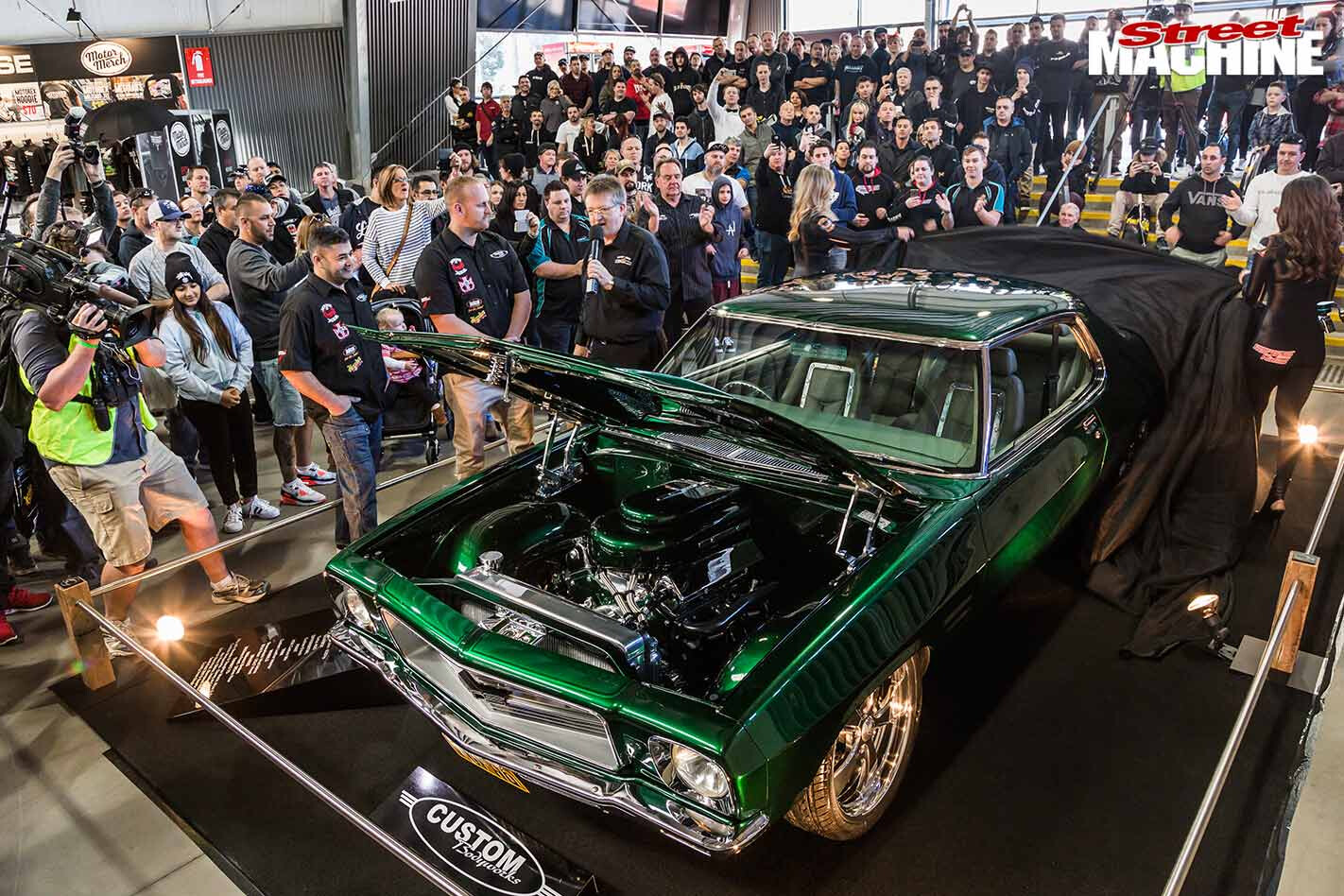