MOTOREX 2016 was massive. Four halls, probably close to 400 cars, 27,000 spectators – this year was the biggest MotorEx we have seen thus far. In fact, after two days I still don’t think I saw everything. But from what I did see, these are my top ten favourite cars;

Brandon Mitchell’s Camaro copped plenty of attention over the weekend and was one of my favourite cars. He bought it out of America where it was an outlaw street car with a nitrous big-block donk in it, so it was already caged and tubbed when he got it. Brandon has since stripped her down and built it as a burnout car with a blown alcohol motor and Powerglide combo. 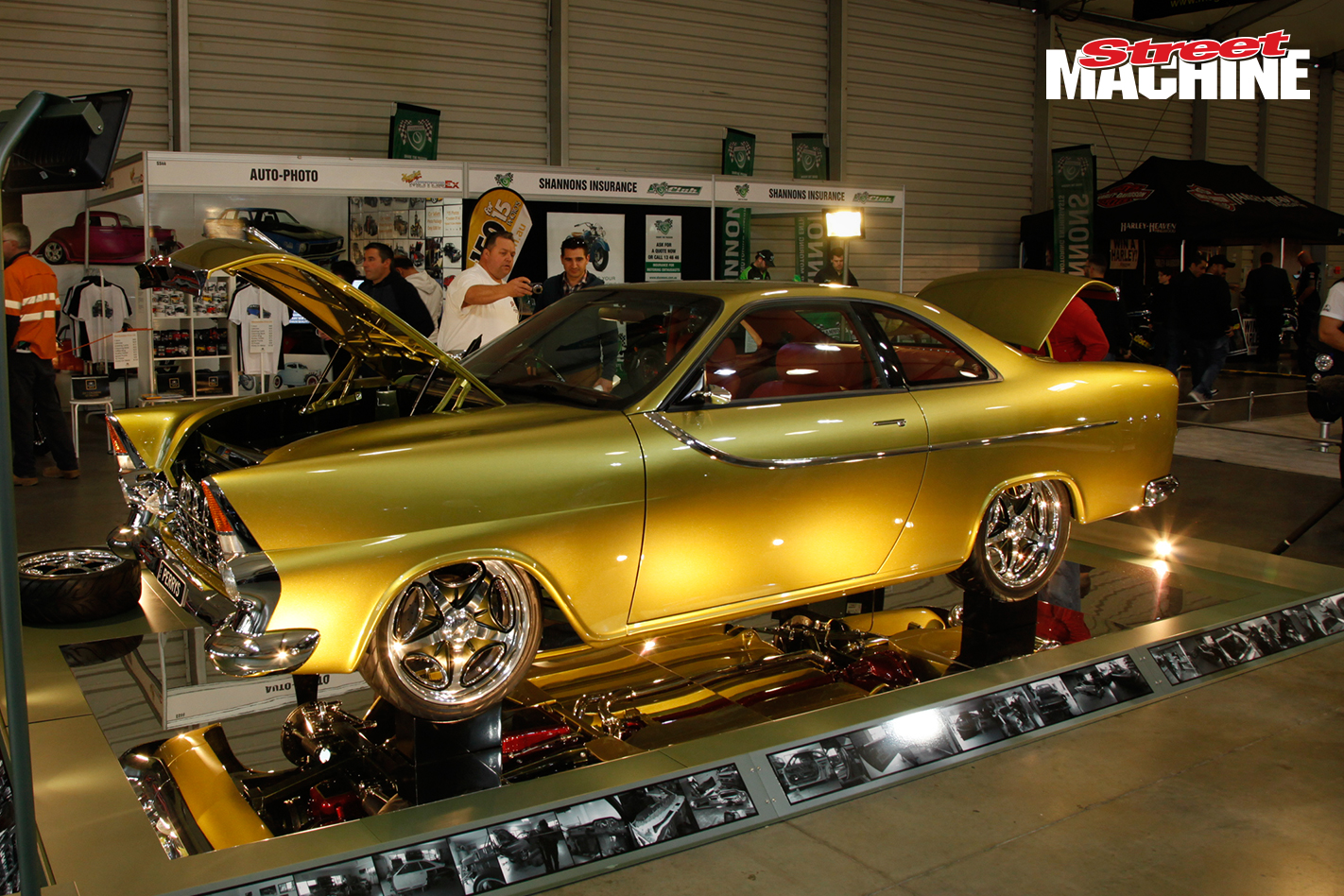 Adam and Kylie Perry’s TAILSPIN two-door FB Holden was another crowd pleaser. The fact that it almost looks like a ‘normal’ car speaks volumes for the work that has gone into the build. They used a Nissan Skyline roof to get the two-door shape and then swapped the FB’s front panels with the rears, bringing to life another one of Street Machine’s crazy Steve Vesperman designs. 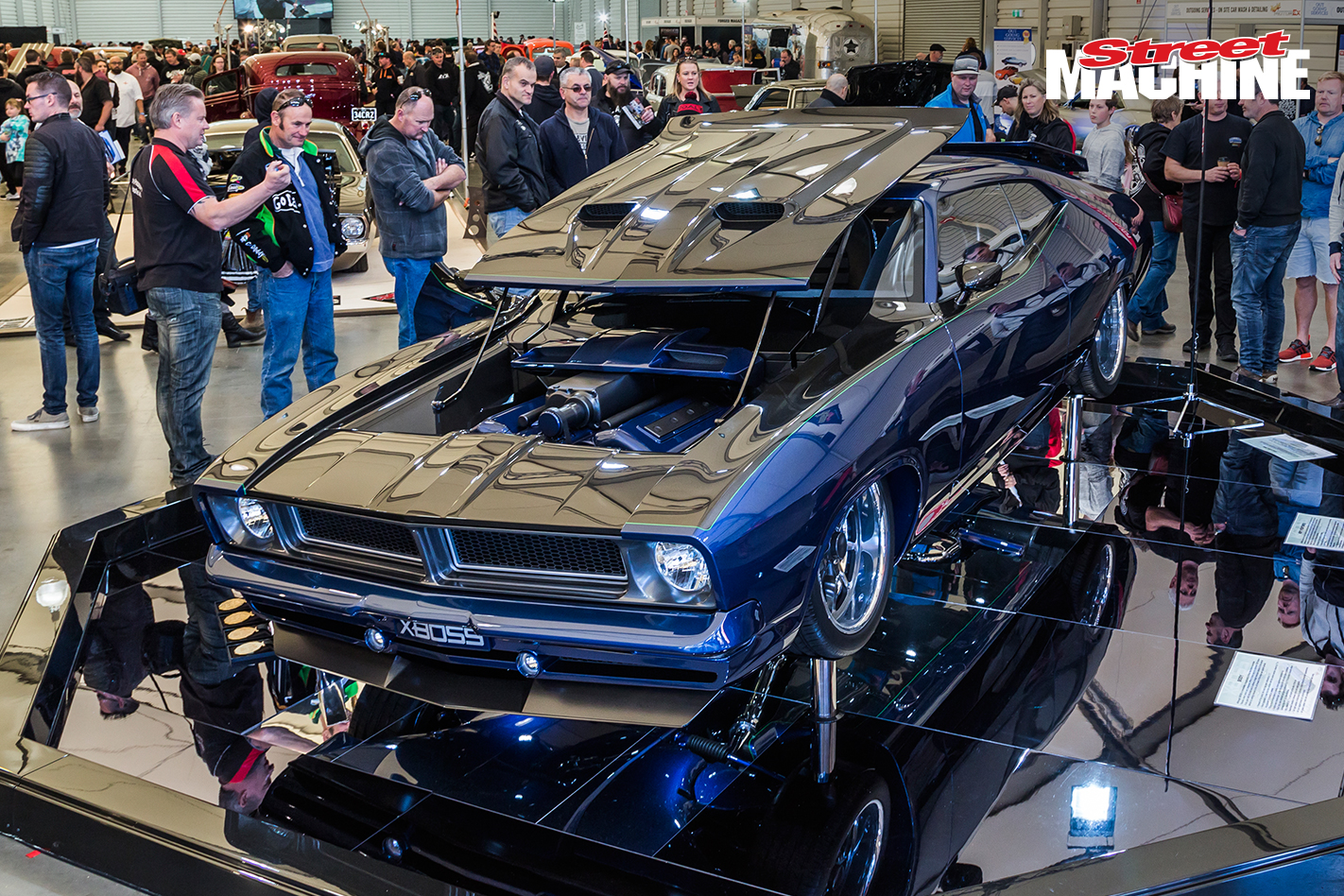 Seeing Chris and Colleen Bitmead’s XBOSS Falcon in person for the first time, I was not disappointed. The amount of work that has gone into this car boggles the mind, you could spend hours soaking in all the intricate details. But what I like about it is that a lot of the design is quite subtle, you’d have to park it next to an original XB to really understand how much they’ve massaged all the metal. 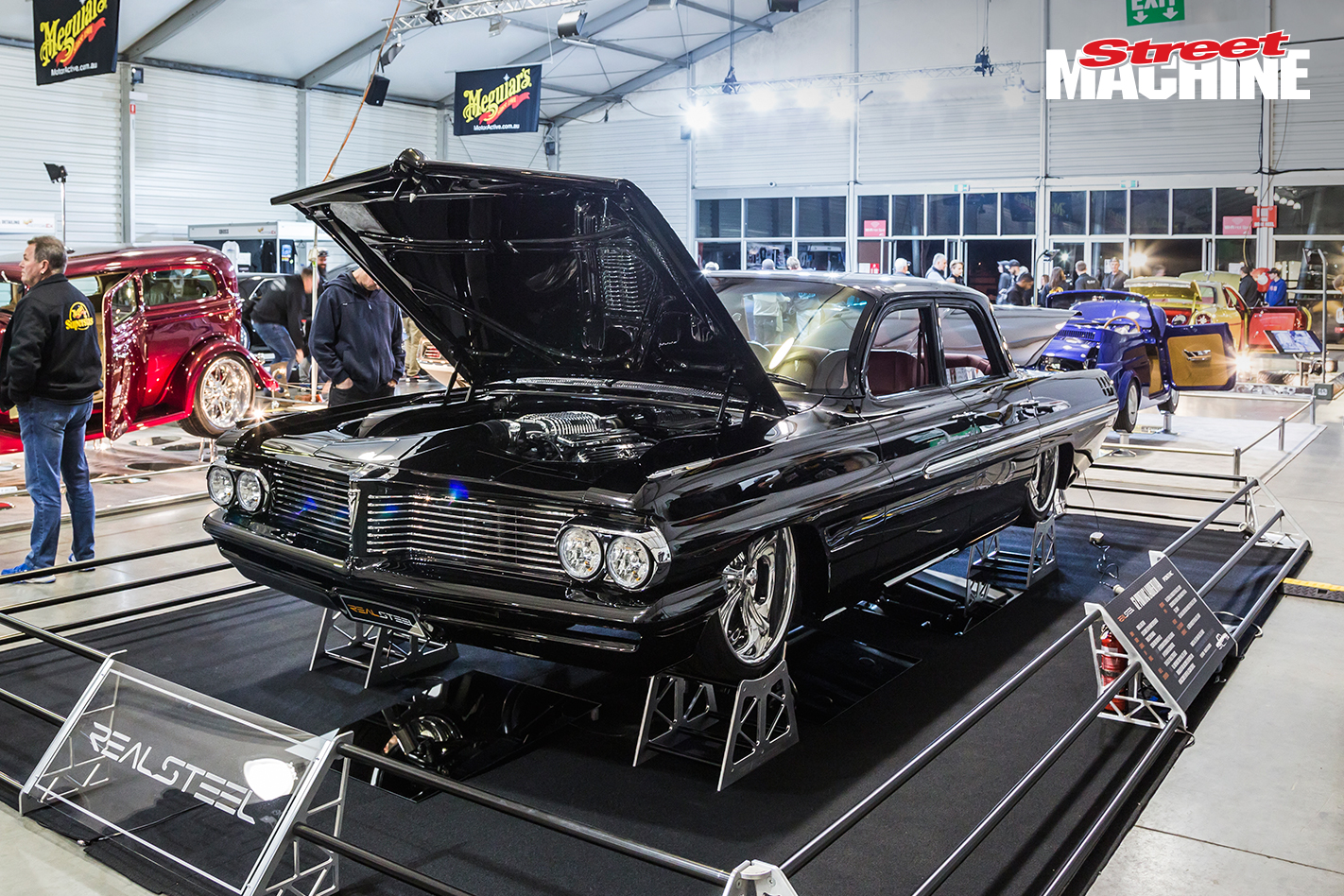 High-end workshop Real Steel transformed this Pontiac Laurentian from ugly duckling to beautiful black swan. Low, long and sleek, I like the way they’ve been able to add sharpness to a lot of the lines on the car and smoothed around the windows without detracting from the old-school looks. They’ve also done a killer job on the interior - modern and luxurious. Under the bonnet is a blown 6.2-litre LS motor making 650hp and it’s hooked up to a Tremec six-speed manual. 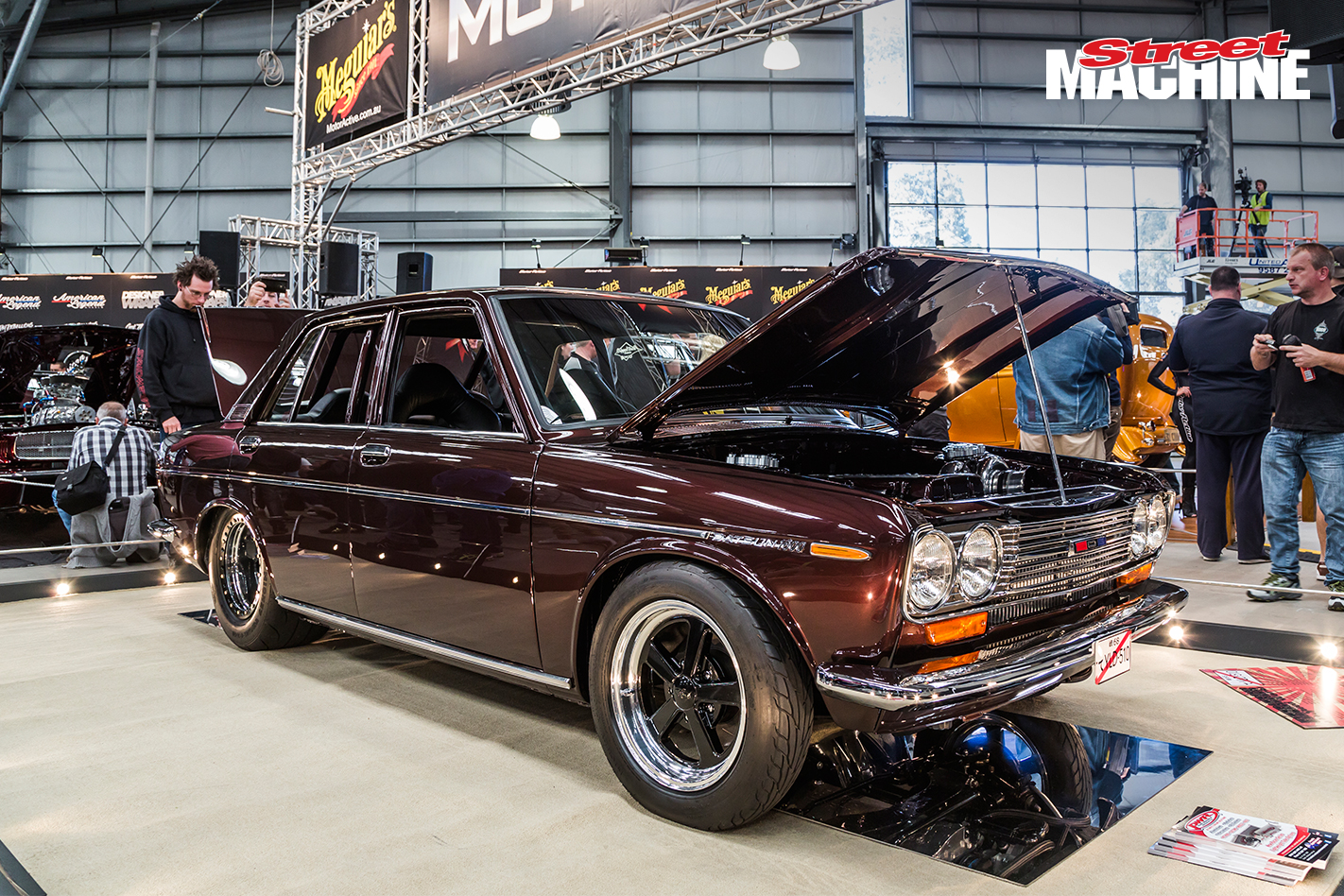 Aaron Fitzpatrick revealed this awesome Datsun 1600 at MotorEx this year. Unlike previous builds, he has gone with a race theme for this one with plenty of rubber under the tubbed rear end and a minimalist interior. Cool leather-quilted seats and door skins still give it a grown-up luxury feel though. The motor is a tough as nails FJ20 with around 40psi pumping through it and should be good for 800hp and low 8-second quarters. 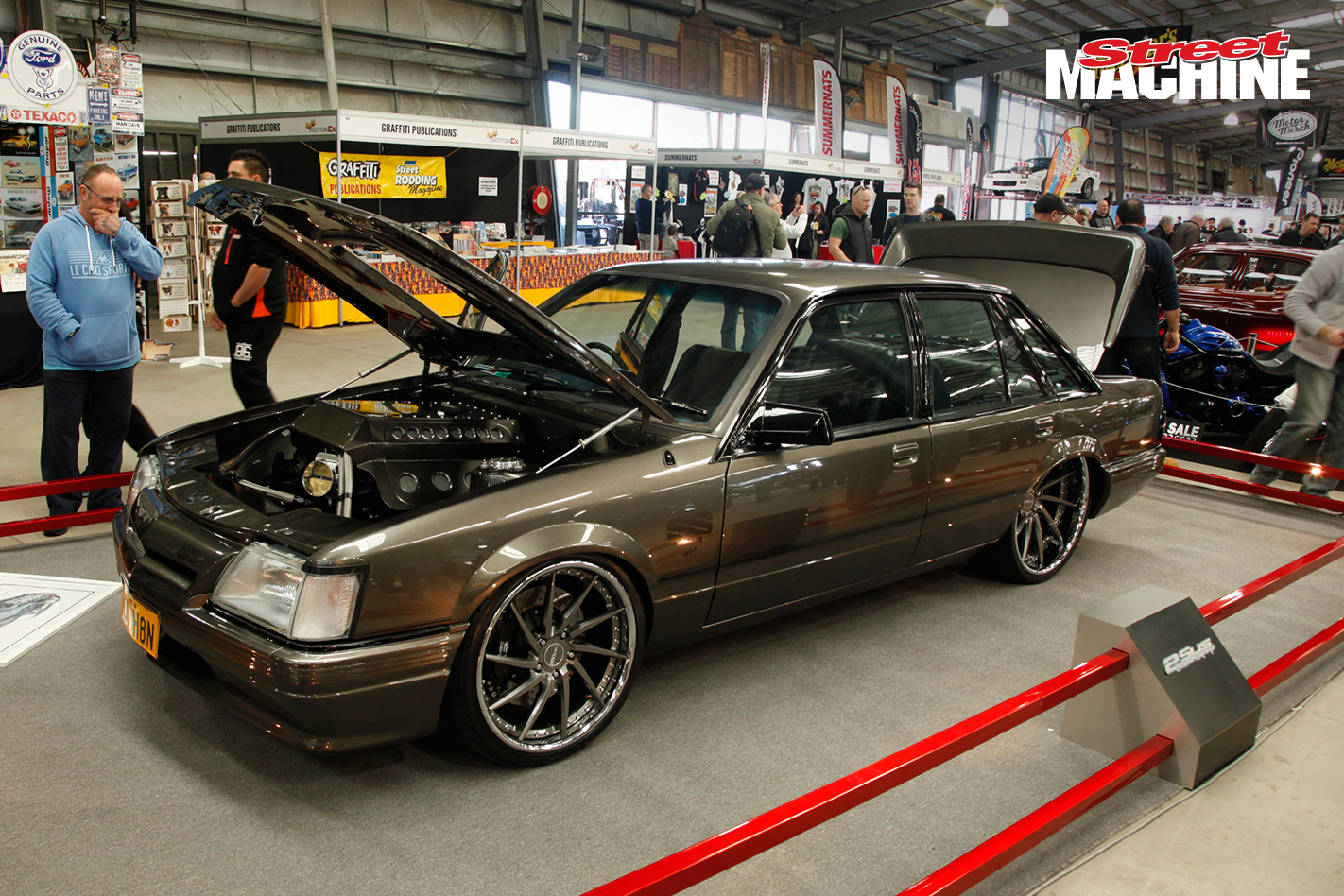 It’s hard to make a Commodore stand out, but Anthony’s VK Commodore just looked ace. Heaps of dish on the rear; grey-on-grey never looked so good. There were lots of cool intricate details throughout too, and I liked the way they made the blown LSA under the bonnet into piece of art itself with the engine cover stuck through the bonnet rather than doing the usual reverse cowl. 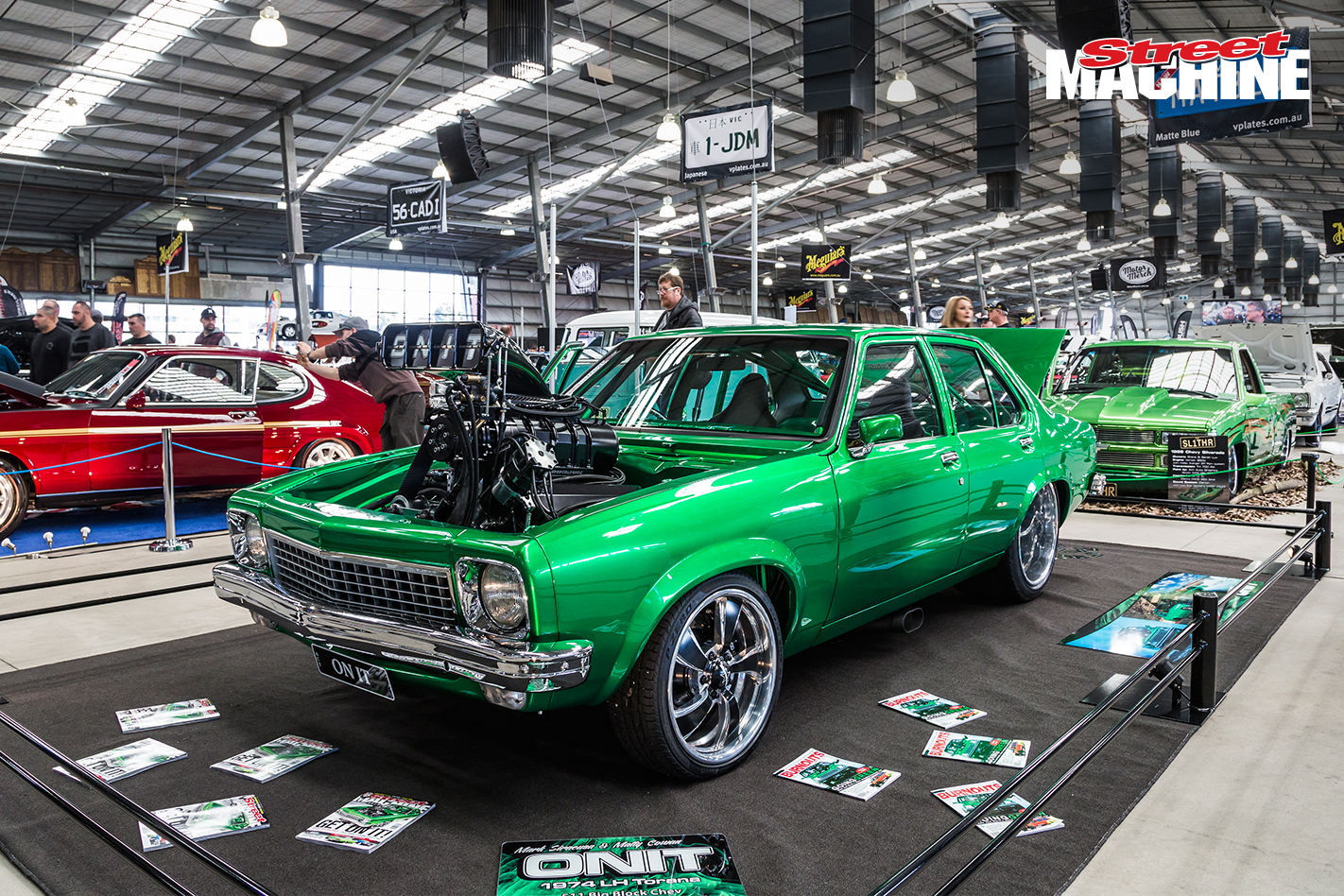 Mark Siracusa and Matt Cowan brought their wild ONIT blown Torana burnout car to MotorEx this year. Like a lot of the high-end burnout builds, this thing is as much a show car as it is a burnout beast but Mark and Matt aren’t afraid to get it dirty. It sees regular burnout and strip action. I was blown away by the metal work in the rear end and how damn tidy it was inside! 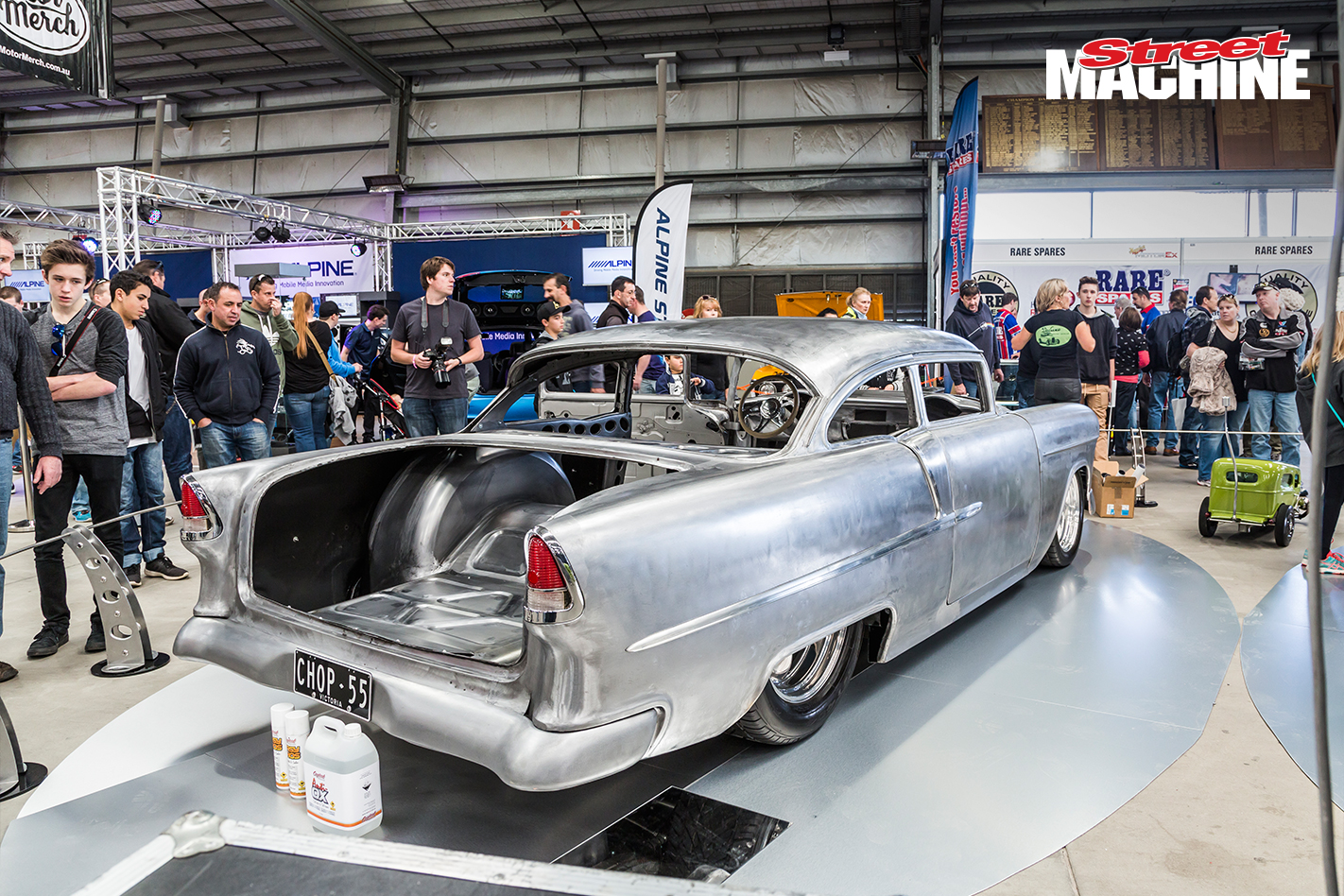 Tim Fletcher brought his bad arse chopped and slammed bare-metal '55 Chevy out to MotorEx. When imported from America the roof was already cut and shut, and it had these massive wheels on the back which was one of the main reasons for buying the car. But to get it sitting how Tim wanted with those tall wheels on the rear, the car needed extensive body modification. And that's where the guys at Deluxe Rod Shop came in and cut up the rear end, lowered the sills, and gave the car a new floor. Look at the wheel tubs! 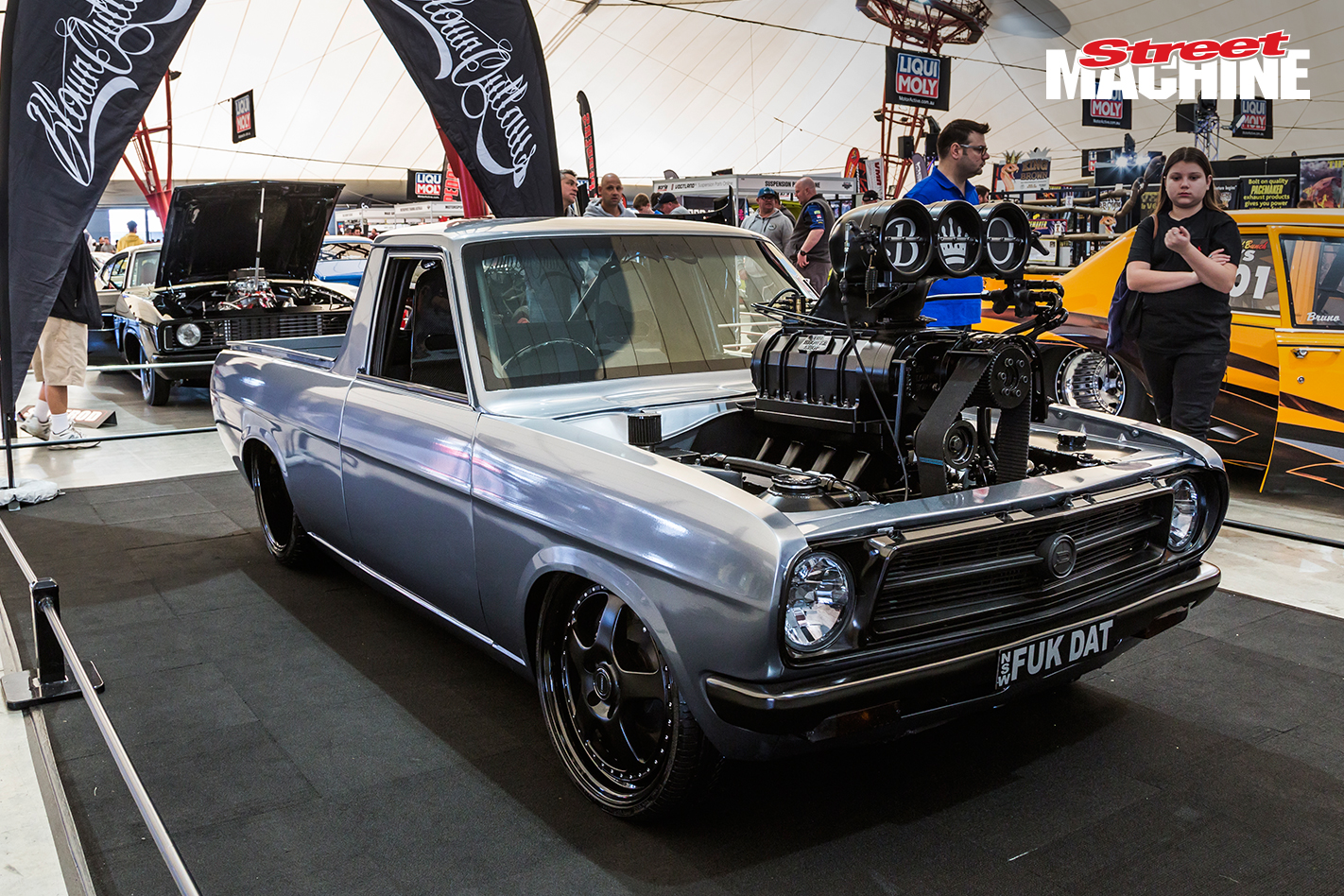 It’s crazy how high quality burnout car builds are becoming these days. One of my favourites from MotorEx this year was Adam Ursino’s blown and injected Datsun. With a blown 6.2-litre LS towering out of the front, fat Simmons stuffed under the rear, the thing just looked tough – even next to Troy Denny’s bad XC coupe. Beautifully done tray and body work, race-themed interior packed with carbon fibre – what a rig! 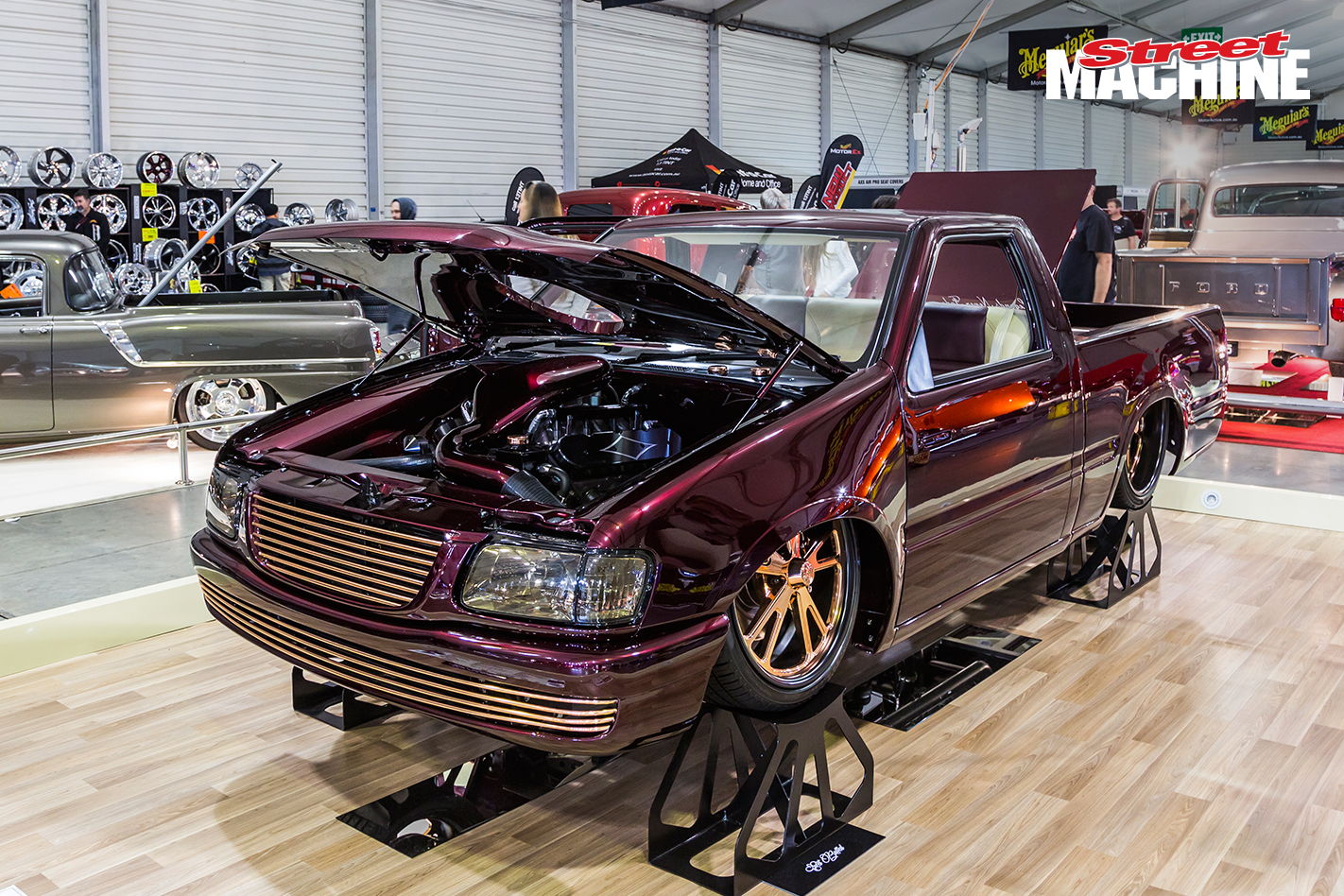 Micahel Ellard’s awesome Holden Rodeo mini-truck, Severed Ruby, really is a work of art. Love the forward-thinking that has gone into the interior with the iPad-style touch-screen controls. Michael picked up the Laurie Starling Excellence Award – well deserved!