LAIDBACK country shows are a great way to enjoy your car, and year after year Mudgee Motorfest proves worthy of the road trip across the Great Dividing Range. The town got pummelled by heavy rain in the week leading up to this year’s show, which meant the grass driving events had to be called off, but on the day there were blue skies, warm temperatures and a wonderfully diverse array of quality metal.

Organised by local club Cudgegong Cruisers, Mudgee Motorfest has a strong family focus with cheap spectator entry, free kids’ activities and a great, cruisy atmosphere. The event has settled nicely into its new venue at the Mudgee Showground, and an informal cruise on Sunday morning to a swap meet at nearby Gulgong rounded out a killer weekend. 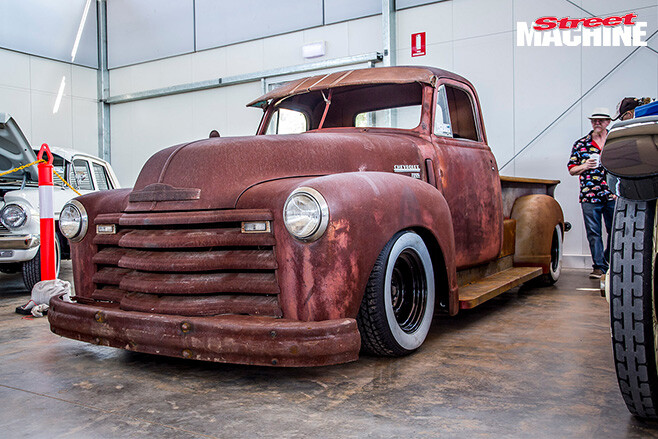 Bob Mortensen’s awesome ’50 Chev is a truck body grafted onto an HQ chassis. It runs an injected Holden V8, Turbo 700 auto, power steering and air conditioning, and picked up the Dave Malone Award. For all the people re-powering early Holdens with Nissan six-cylinders, John Palfreyman has done the opposite, dumping a methanol-chugging Holden V6 with a Toyota blower in his Datsun 1200 coupe. The tough little Datto nabbed Top Race Car at Motorfest. Dawn Sinclair’s EK was awarded Top 1960s Car at Motorfest, but it’s currently on the market on account of Dawn needing a new kitchen. Her other half is not impressed! Local bloke Craig Lynch’s ’57 Chevy pick-up is a real head-turner. Rolling on 20in Showwheels and powered by a 327ci small-block with a Super T10 four-speed, it’s still left-hook and sees plenty of weekend cruising. Cudgegong Cruisers secretary Glenn Box had his HT Monaro on display alongside his HG ute. The ute packs a big-cube small-block, ladder bar rear end and a 200-shot of spray, and Glenn’s young bloke Will can’t wait to see it head down the quarter. With Tony Rohr’s other toys (SM, Aug ’15) all undergoing improvements, he brought his daily – a V2 CV8 Monaro with bolt-ons, 19s and big brakes – to Motorfest. 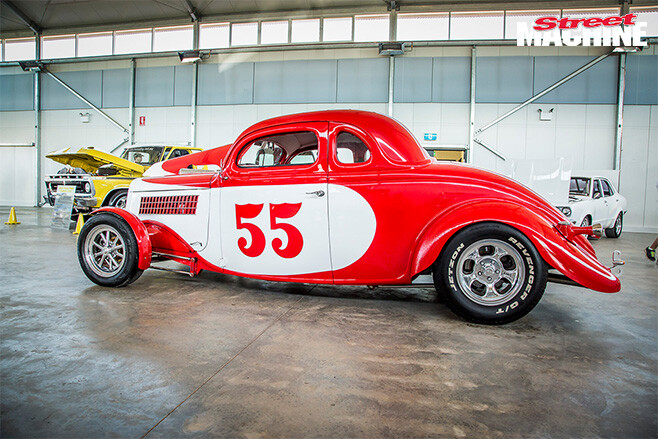 Richard Apps’s blown Ford-powered ’35 coupe occupied centre stage in the pavilion and was a favourite with punters, picking up Top Hot Rod. This tough little Datto 1600 rolled on polished Simmons wheels and ran a full-house SR20DET with a big old high-mount snail. 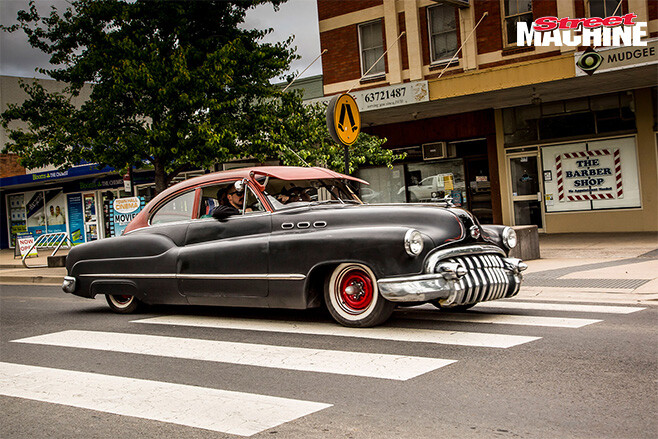 Bevan Drew’s Buick drew plenty of interest at the Mudgee Motorfest show ’n’ shine and looked oh-so-cool rolling through town. The inline six-pot had one downdraught Stromberg carby per cylinder.