For one weekend a year, all New Zealand roads lead to Rangiora on the South Island, as Kiwi petrolheads gather for the wild automotive knees-up that is Muscle Car Madness

NEW Zealand’s Muscle Car Madness is one of the biggest and craziest car events on the Kiwi automotive calendar. It’s held each year in the small town of Rangiora, just outside Christchurch, and like Street Machine Summernats, heaps of people camp on site. There’s a massive show ’n’ shine that this year attracted more than 1500 of the coolest custom and muscle cars in New Zealand, as well as a cruise route and a burnout competition. Burnouts in New Zealand are getting bigger and better every year. People are spending ever-increasing amounts of dough on their skid rigs and it’s clear that the Kiwis have a big passion for the sport – just look at the NZ cars that came over for Summernats 30! And the cars are all really different; sure, there’s loads of tough V8s, but also boosted Japanese sixes and even rotaries. Matthew Bolton really got our attention with his ’38 Bedford pick-up, which is powered by an RB25 turbo motor out of a Skyline. The rear end comes from an R34 Skyline, the front end from an S14 Silvia, with coil-overs all ’round. “I live in Rangiora and built this car just for Muscle Car Madness this year,” Matthew said.

Another crazy ride that got the crowd at the burnout pad pumping was Hamish Pankhurst’s 440 big-block Chrysler-powered 1994 Nissan Laurel! We’re still not sure if it’s genius or sacrilege, but it gets the job done and the crowd go nuts for it. 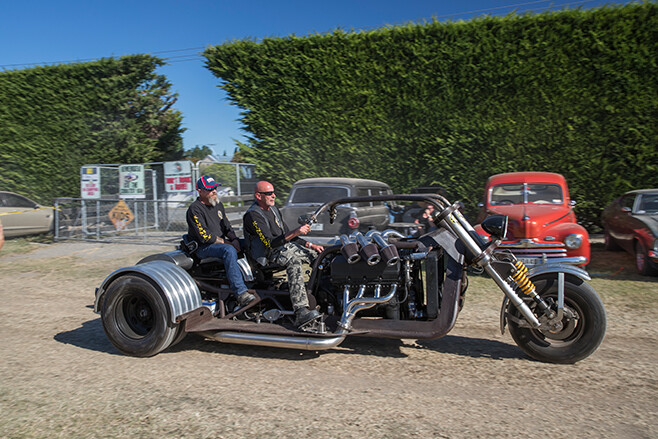 “I’ve been skidding it with this engine since 2014,” Hamish said. “It used to have zoomies but I do the odd drift meet with it now and it was too loud for race tracks.” So now it has an interesting straight-pipe arrangement.

Last year’s burnout comp winner John Healy returned this year with yet another V8-powered Ford Anglia. This year John was using a 377-cube Chev motor. “This set-up has only been going for a week,” he said. “My plan is to use this as a drag car, but it isn’t teched yet so I thought I’d chuck it in the burnouts again.” Unfortunately the Chev threw the fanbelt and it wasn’t worth hurting the new race motor for a burnout, so John pulled out of the skids, but still had a killer time. “The event is fantastic. There’s nothing else like it in NZ,” he enthused. “It has grown over past few years and the cars coming are fantastic.” 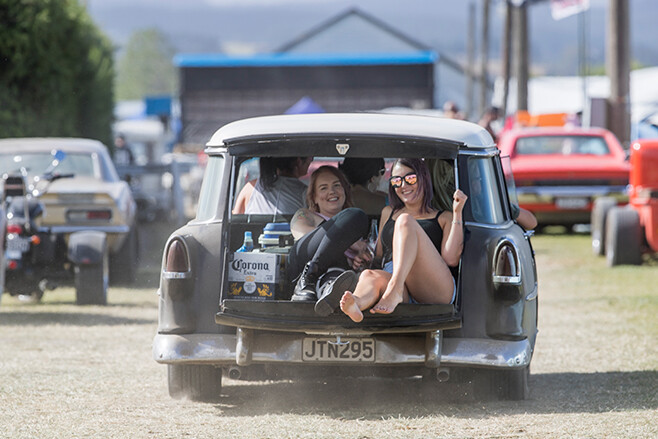 In the end it was Hamish’s big-block Laurel ratter, SHTBOX, that won the burnout comp, ahead of Toby Ireland and his ’69 Chevy Viva in second and Lionel Green in third with his Ford Galaxie.

Over at the show ’n’ shine, it was easy to get lost in the sea of cars, especially on Saturday when another 800 rides joined the 700 already on site! 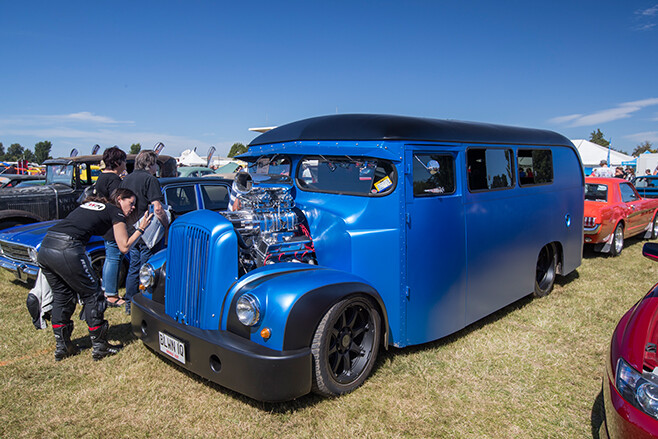 One car that really drew the crowds was John Popenhagen’s old ’61 Morris school bus. With its slammed stance, custom front end, stonking 408-cube 8/71-blown V8 and a satin blue vinyl wrap, it’s easy to see why! “I’ve recently given it a revamp with a slightly tamer motor for street driving, but more horsepower!” John said. “We also did the vinyl wrap, and added 22x10 front and 22x12 rear wheels.”

Even law enforcement approved of it, with the police officer making sure everyone at Muscle Car Madness behaved themselves going for a lap around the show in the bus! 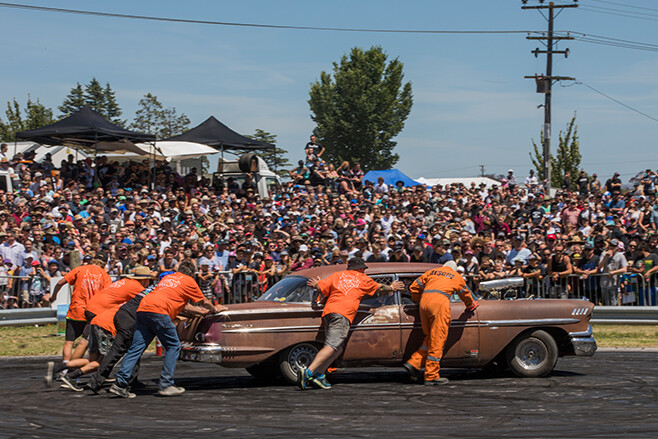 Auckland boy Jack Rainbow brought his tough-as-nails 1965 Chevy C10 to Muscle Car Madness this year. The recently completed slammed pick-up packs a twin-turbo Dart small-block Chev, which is already making around 500rwhp on a run-in tune. “Originally it was going to be single turbo,” Jack explained, “but apparently it’s easier to do twin turbos, so we did that instead! The aim with the car is to do a burnout for a full quarter-mile.” Kiwis really are crazy. 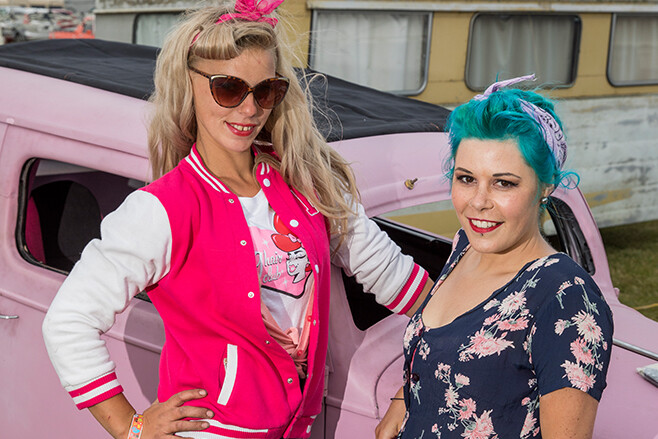 Wayne Nicol from Dunedin fronted with a chopped ’36 Ford five-window coupe, which was only painted 12 weeks before MCM. The car runs a small-block Ford, C4 trans and eight-inch rear end, and has been on Wayne’s radar since he was six or seven years old.

“I bought it off a panel beater who was my dad’s mate around four years ago, and he had owned it for 45 years,” he explained. “It spent most of those years stuck in the back of his workshop, until I bought it.” Wayne took home the Best Ford award at this year’s event. 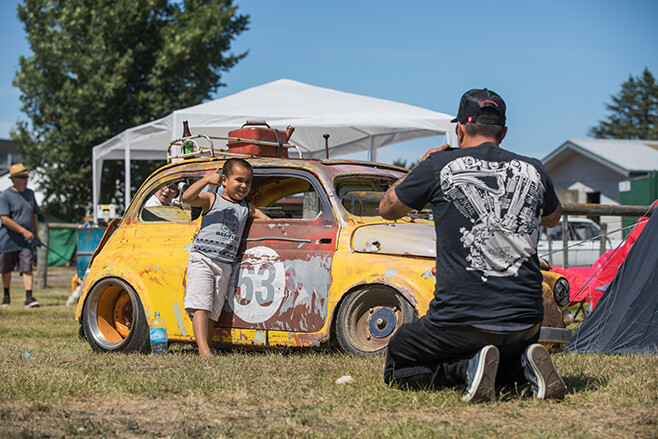 Another new build at Muscle Car Madness this year was Graham Coates’s crazy ’48 Chevy pick-up. Some fairly comprehensive metalwork has gone into making the body look the way it does. For starters it’s had a roof chop and been channelled to get it sitting lower. The bonnet has also been sectioned, the wheelarches massaged, and at the rear a Pontiac Safari tailgate has been grafted into place.

Under the bonnet is a small-block Chev, hooked up to a TH400 and V8 Holden differential. Graham wanted a 60s show truck theme, so it has dummy exhaust pipes down the side of the bed, a custom paintjob, and a stunning white and brown custom interior to match. They’ll let you cruise around in just about anything at Muscle Car Madness. Case in point is Dave King’s absolutely bonkers Studebaker. Clearly the car is still a fair way from completion, but she runs and drives, so of course Dave was going to bring it along. It’s an angry thing, packing a blown and injected big-block Chev under the bonnet, backed by a TH400 and nine-inch rear end. Underneath, the chopped, widened and lengthened body sits on an Art Morrison dragster chassis, and get this – the whole thing will be certified, engineered and road-registered for street use in New Zealand! You’d never be able to do that here in Australia. Maybe that’s why New Zealand native Dave moved back to Kiwi-land after living in Oz for a while, which is where he found the car. 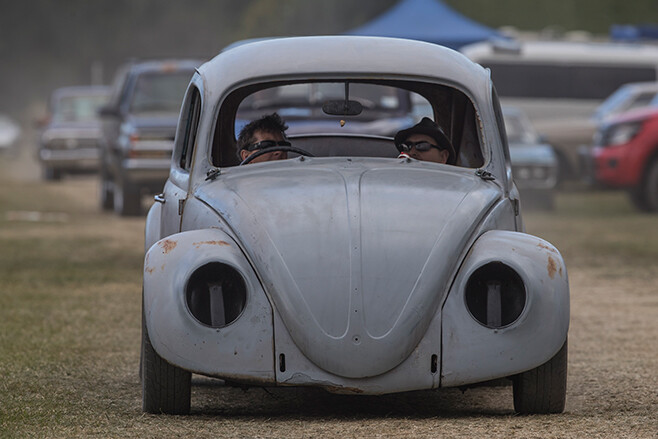 This was a record-breaking year for Muscle Car Madness, with over 1500 cars rolling through the gates of the showgrounds, along with 18,000 people. It was massive, and the quality of cars was outstanding. “There were a lot of new cool cars that we’ve never seen before, which is a really positive indication of where the local Christchurch economy is at,” said event organiser Craig Stare.

After the earthquake that rocked Christchurch a few years ago, the city became somewhat of a ghost town, but if this year’s Muscle Car Madness is anything to go by, it looks like they’re on the up and up. 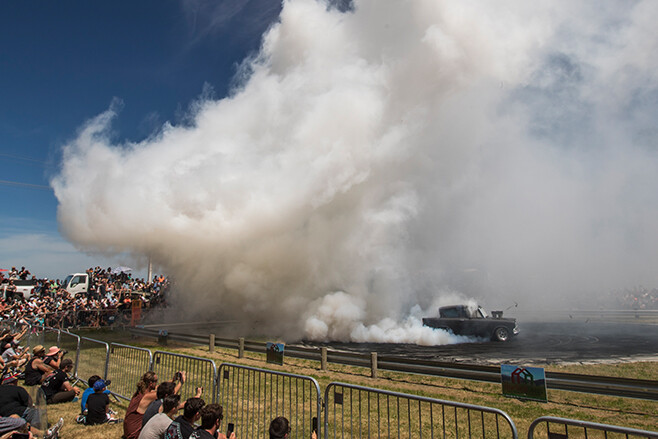 1. John Popenhagen from Christchurch owns this very popular vinyl-wrapped 1961 Morris Commercial school bus, powered by an 8/71-blown 408 small-block putting out 739hp. There’s even a bed in the back, which John said comes in handy when he’s had too many ales! 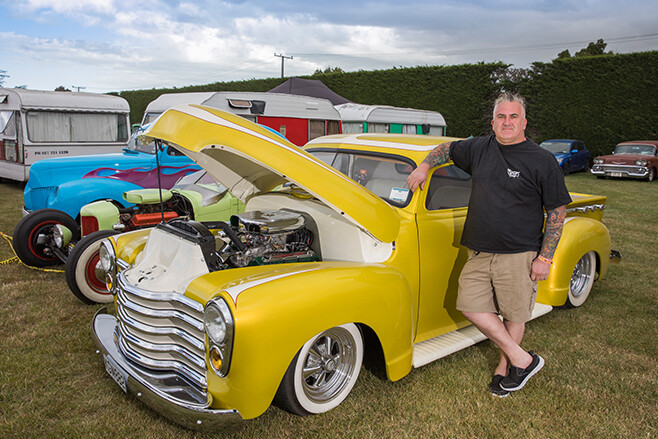 2. John Alexander owns this genuine ’71 XY GT with 67,000 miles on the clock. “We rebuilt the motor last December, but it didn’t need much,” he said. “We drive
it as much as possible. It won People’s Choice at the GT Nationals” 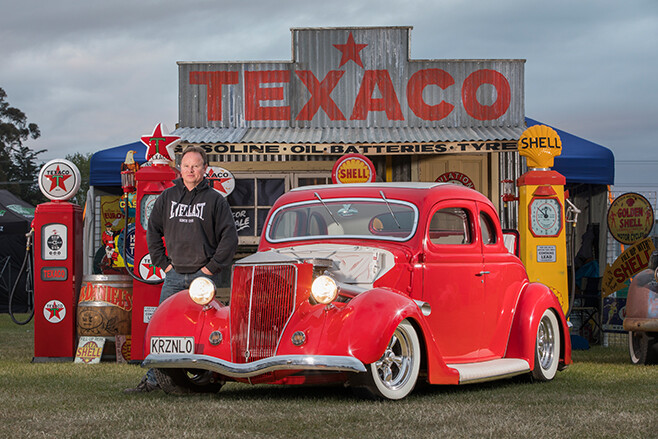 3. David Thomas came all the way from Pennsylvania, bringing his ’32 Ford roadster with him.Back home David has a Dodge Challenger drag car with a Viper V10 motor under the bonnet. “This is my first time in NZ for 27 years,” he said. “After this the road trip continues south and then we’re going up to the North Island” 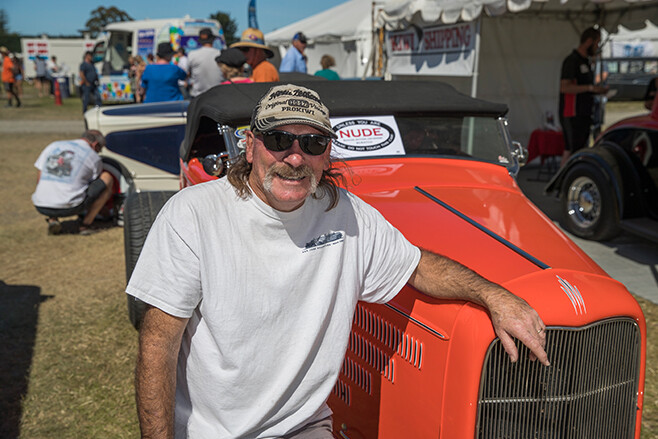 4. Sparrow Sanford is a Kiwi who has lived in California for the past 20 years. “[MCM organiser] Craig Stare is a good friend of mine and he told us to come so we decided to bring the car,” he said. After Muscle Car Madness, he and pal Dave Thomas took their roadsters on a trip around the Shaky Isles 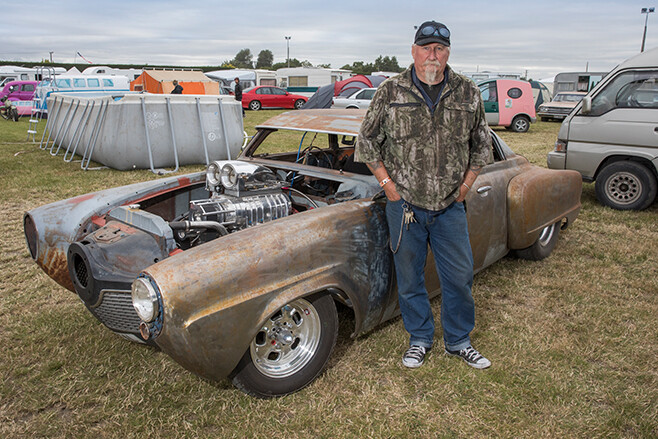 6: Dave King from Christchurch used to live in Australia, which is where he picked up this ballistic blown and injected 1951 Studebaker. “I found it in a barn in Taree,” he said. Dave is building it to be completely street-legal in NZ! Anyone fancy a move across the pond? 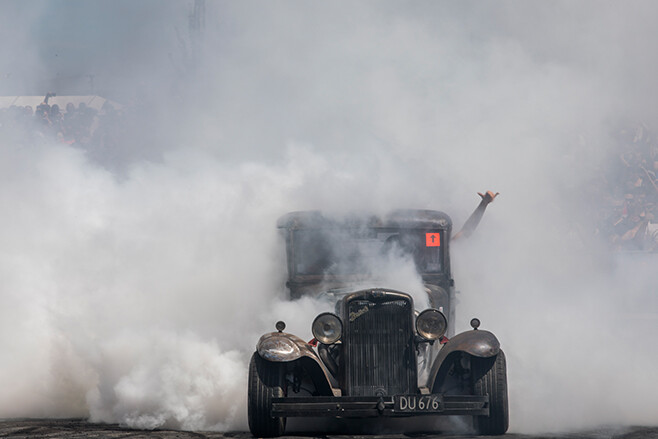 7. Matthew Bolton’s turbo RB25-powered 1938 Bedford pick-up puts out about 360hp, and had no trouble converting rubber to smoke in the MCM burnout comp