’TIS  the season to do burnouts, and over in WA, that meant it was time for Narrogin Revheads. Narrogin, about 200 clicks south-east of Perth, has played host to this annual weekend-long horsepower-fest for 24 years now, and this year they made the burnout pad bigger – after all, bigger is better when it comes to pads! The guard rails had been painted pink, but that didn’t seem to help the competitors much, as many still managed to hit them on occasion. I usually team up with Ryan Annear from autolifeperth.com and sit in the tent at the side of the pad entry, surrounded by fencing and guard rails, but some cars definitely got a tad too close for comfort. Still, everyone definitely made good use of the extra pad size, with some very entertaining displays of tyre-frying mayhem. This year’s event also saw the inclusion of 50cc bikes down on the motocross track, as well as displays from the newly formed Boddington Ride-on Racing Mowers Club – I tell you what, seeing these things racing was giving me ideas! On Saturday there was the street cruise through town, and the show ’n’ shine on the oval, while Sunday was basically pack-up day; alternatively, you could thrash your car on the pad until it died or you ran out of tyres! There was also some non-automotive entertainment for those who needed a break from the tyre smoke. On the Friday night DJs played up near the clubrooms, while on Saturday night Craig Cuthel brought along his AC/DC tribute band, Live Wire, for some good ol’ rock ’n’ roll that kept the punters thrashing until way past my bedtime. Attendance numbers appeared to be up on last year, which is an encouraging sign; without people getting out to attend these non-metro shows we wouldn’t have the variety in the sport that we have now.

Now, if I can just finish off my Gemini I’ll be in there with the rest of ’em! Shane Gardiner gets 'em off in HELLBOUND 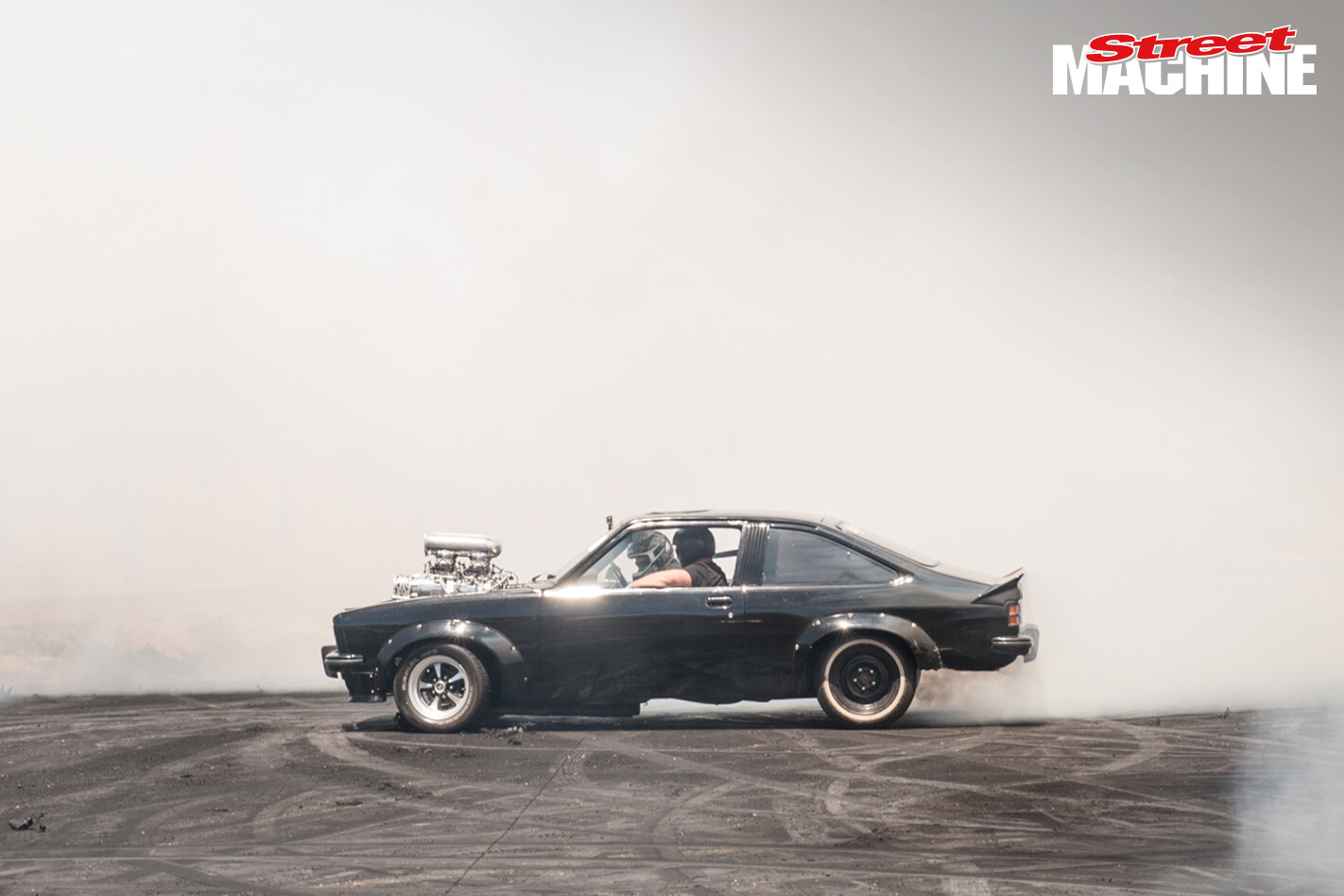 CAVIAR smokes out the crowd once more 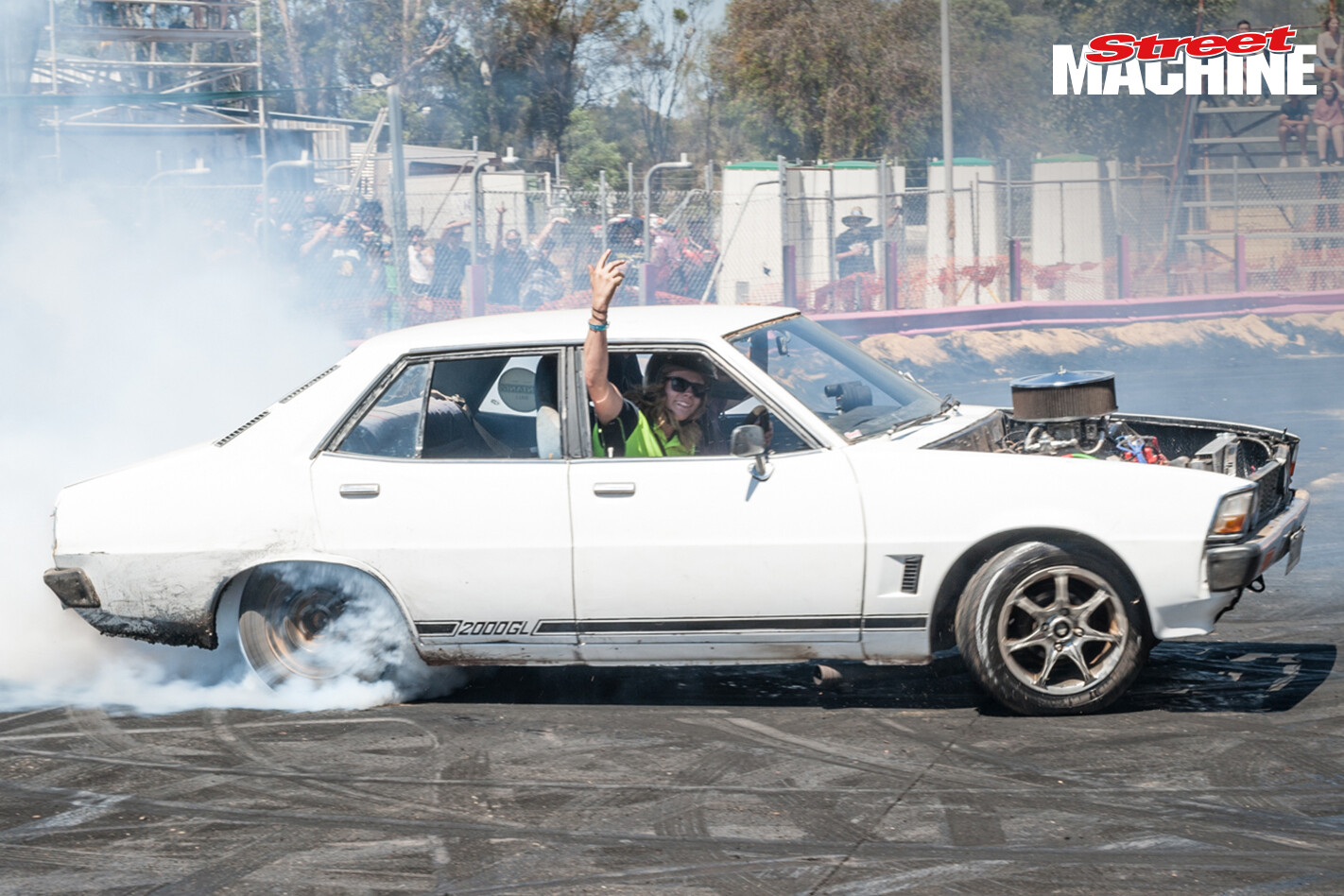 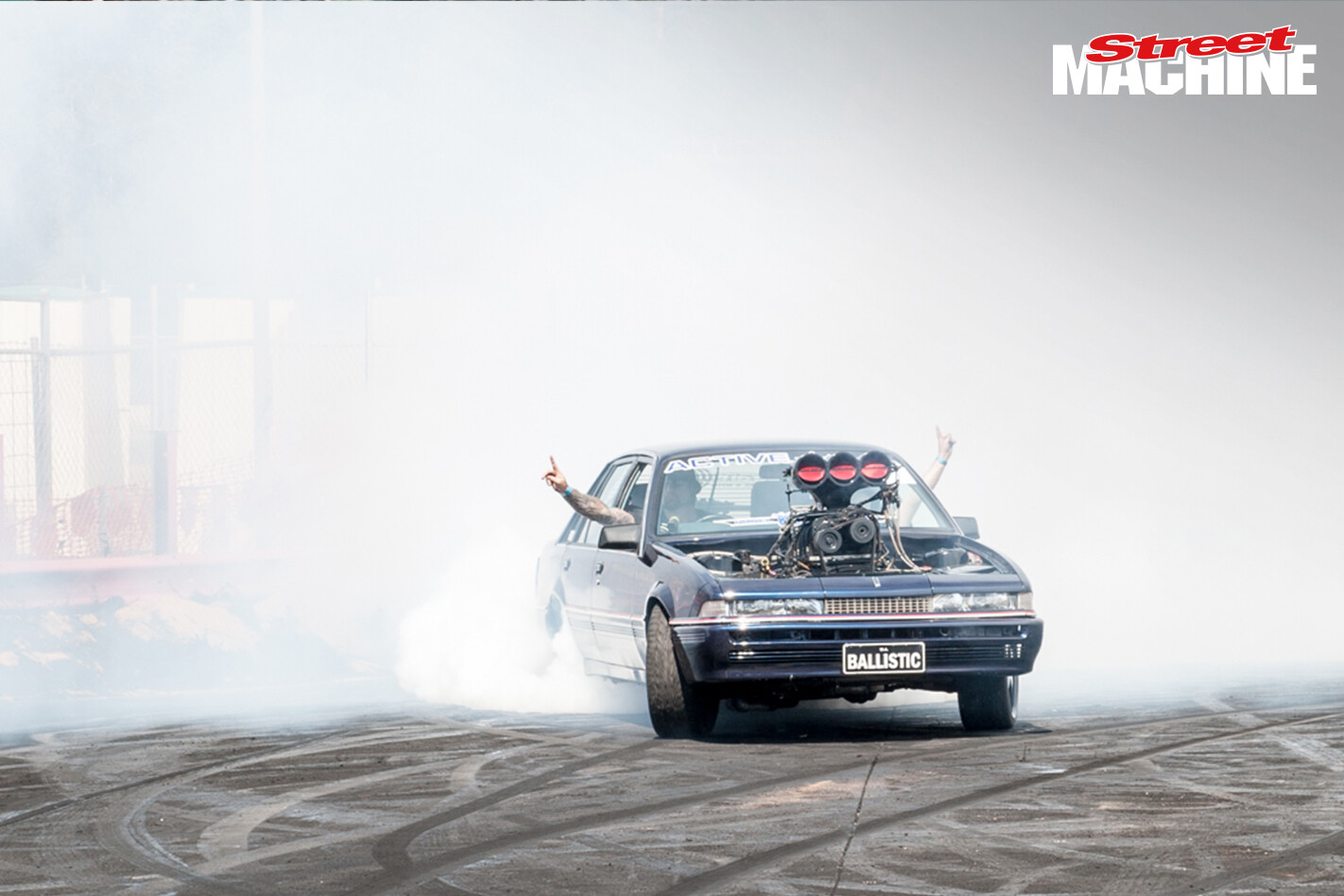 Hand controls mean doors must be shut or else you loose ya water bottle! 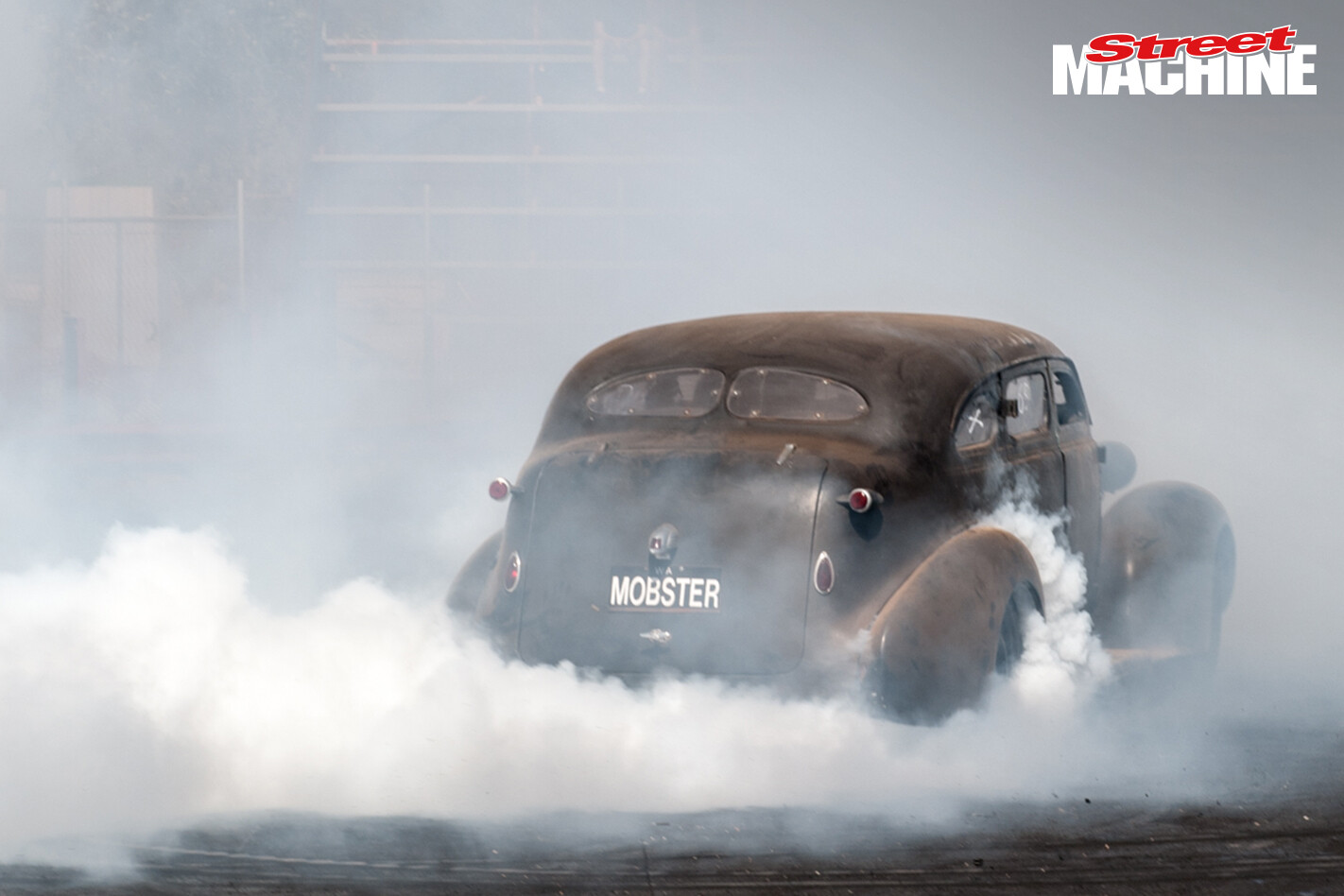 Nathan Monson's TROPPO looking as sharp as ever 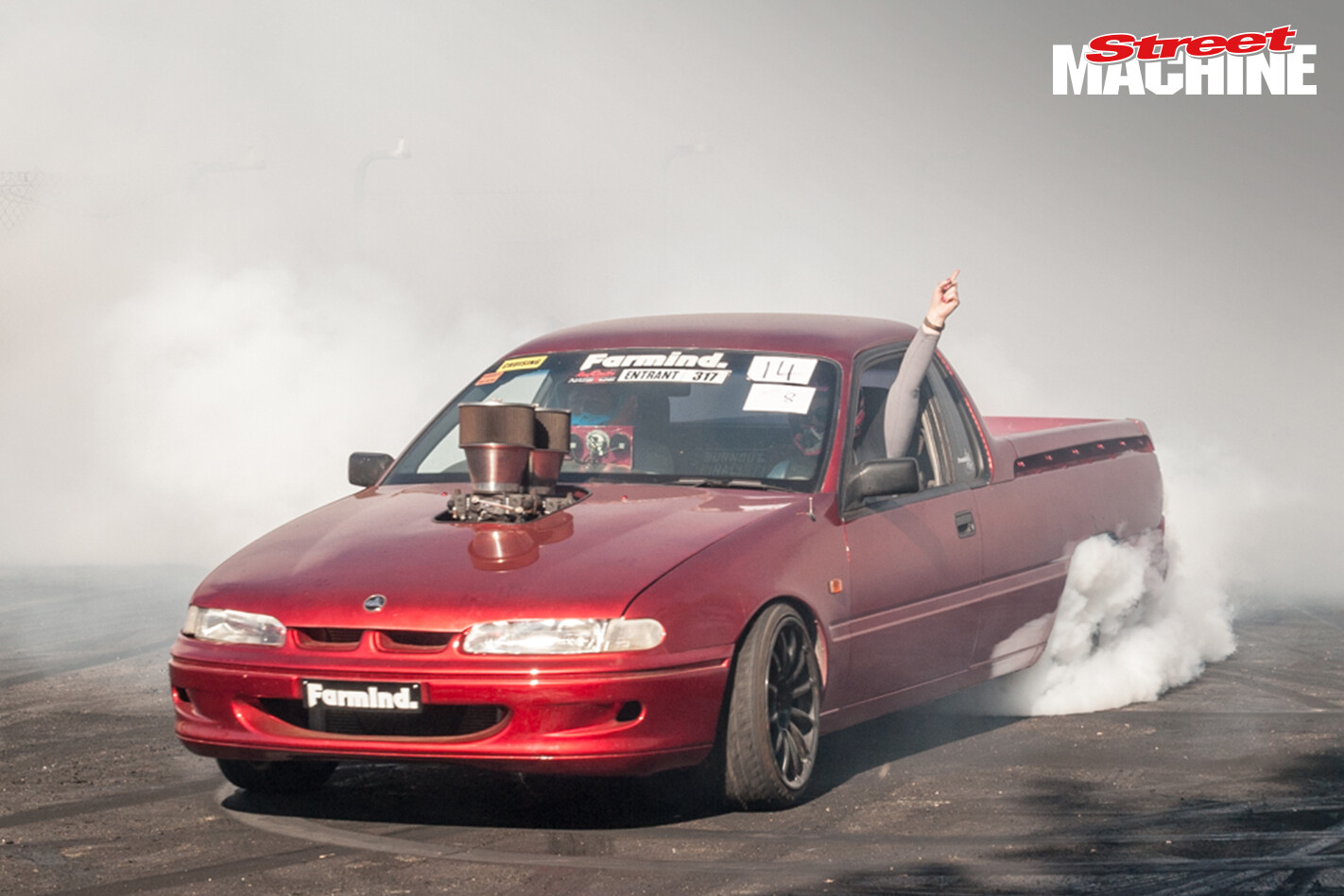 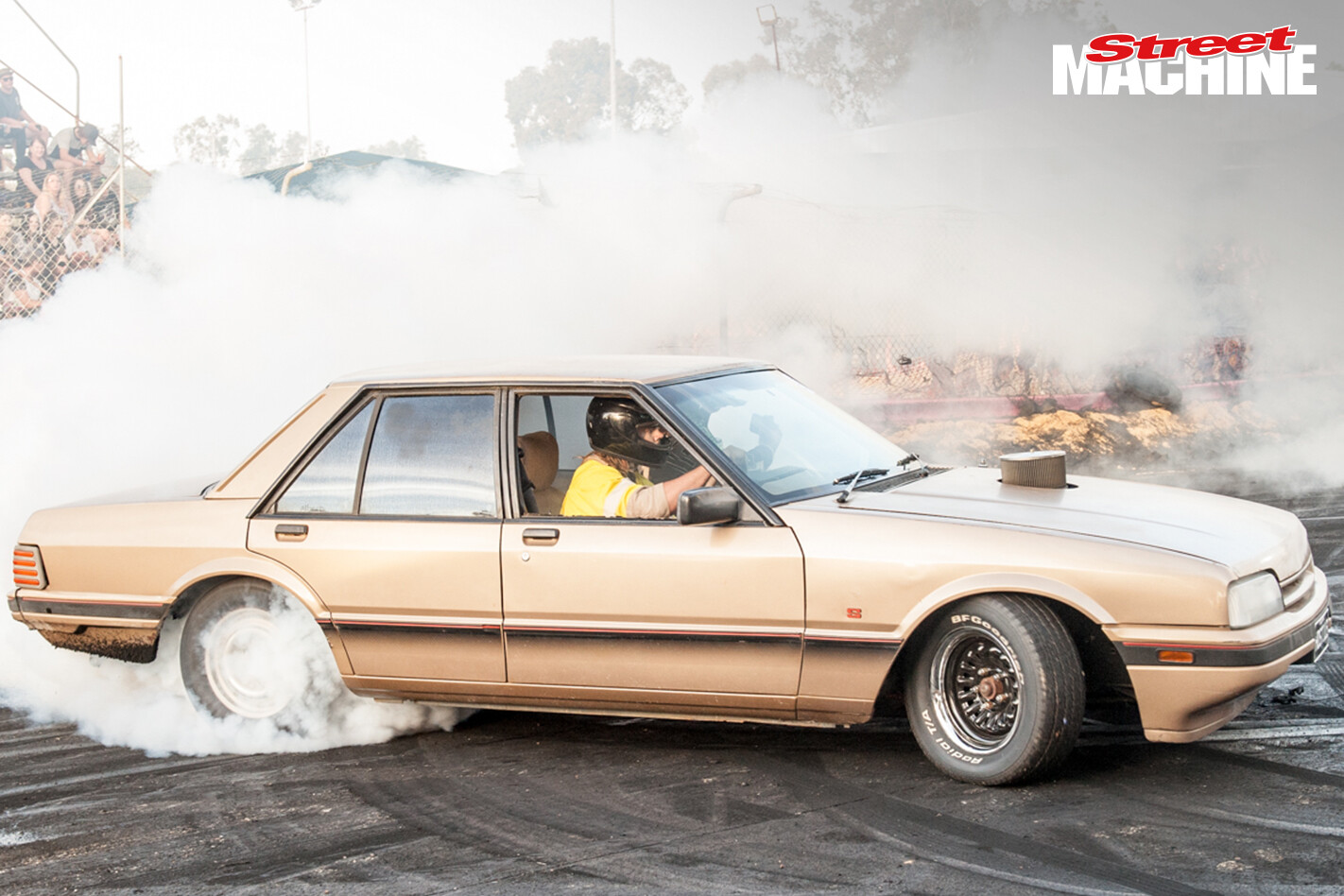 Cole Zilko seems to have his XF sorted really well 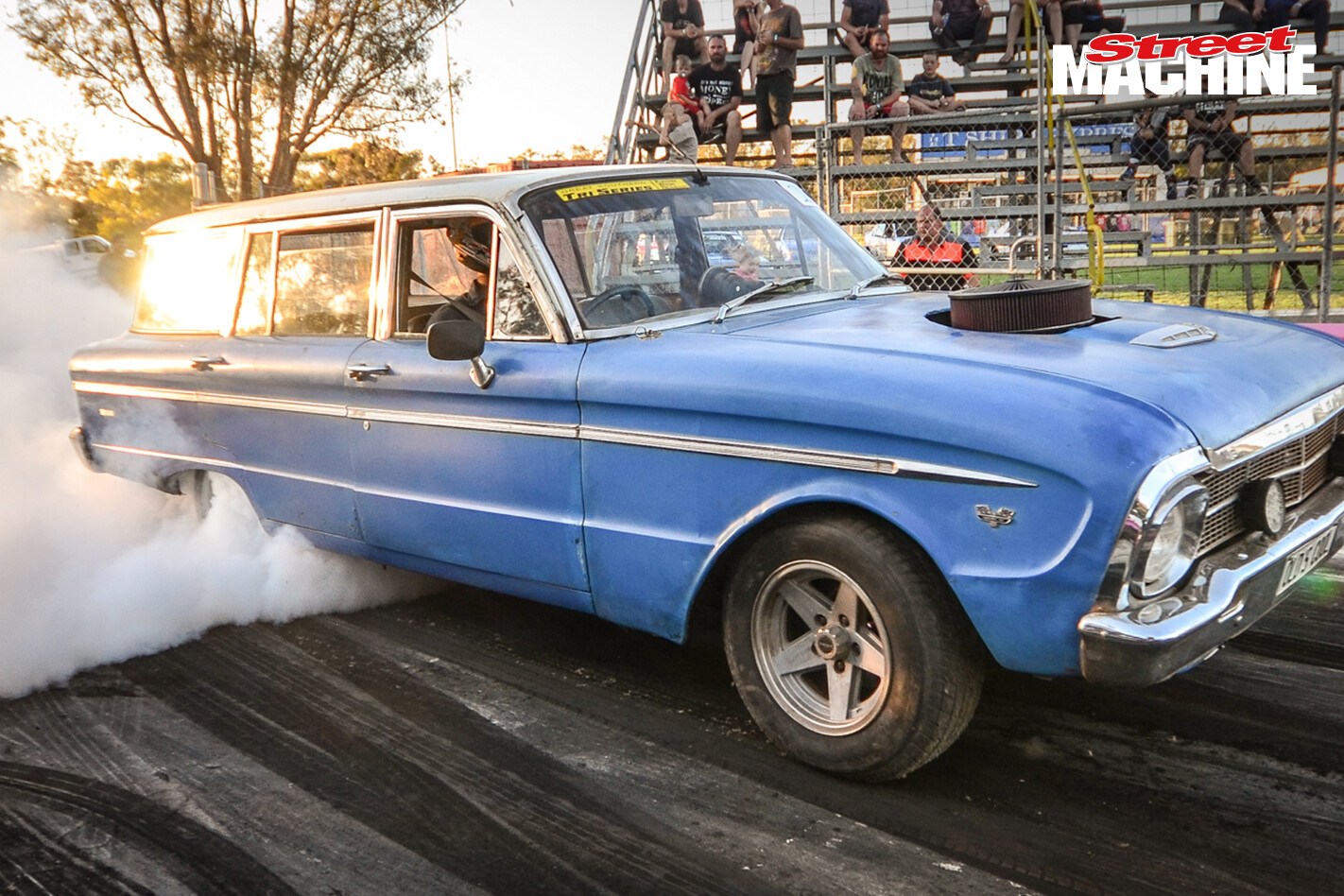 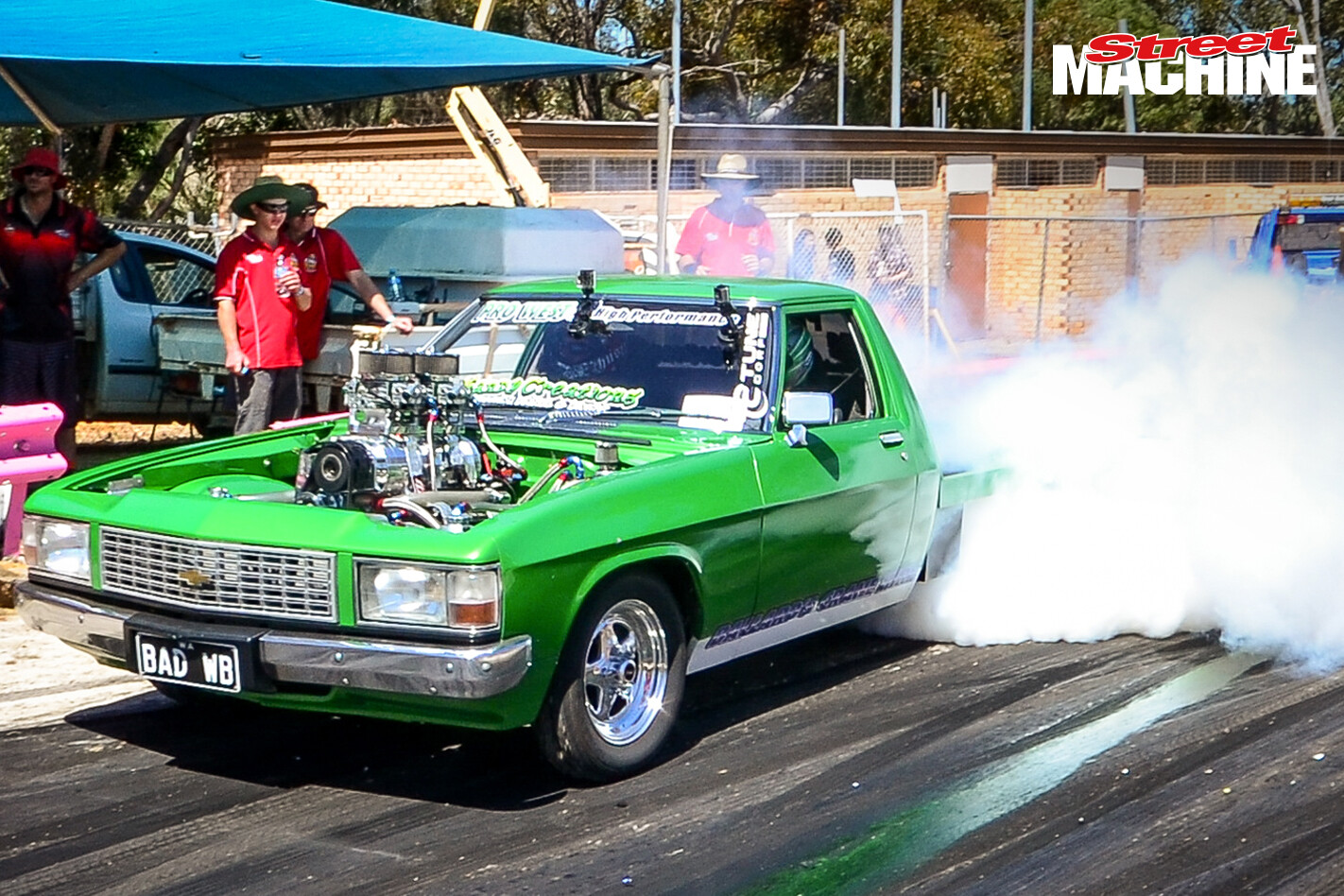 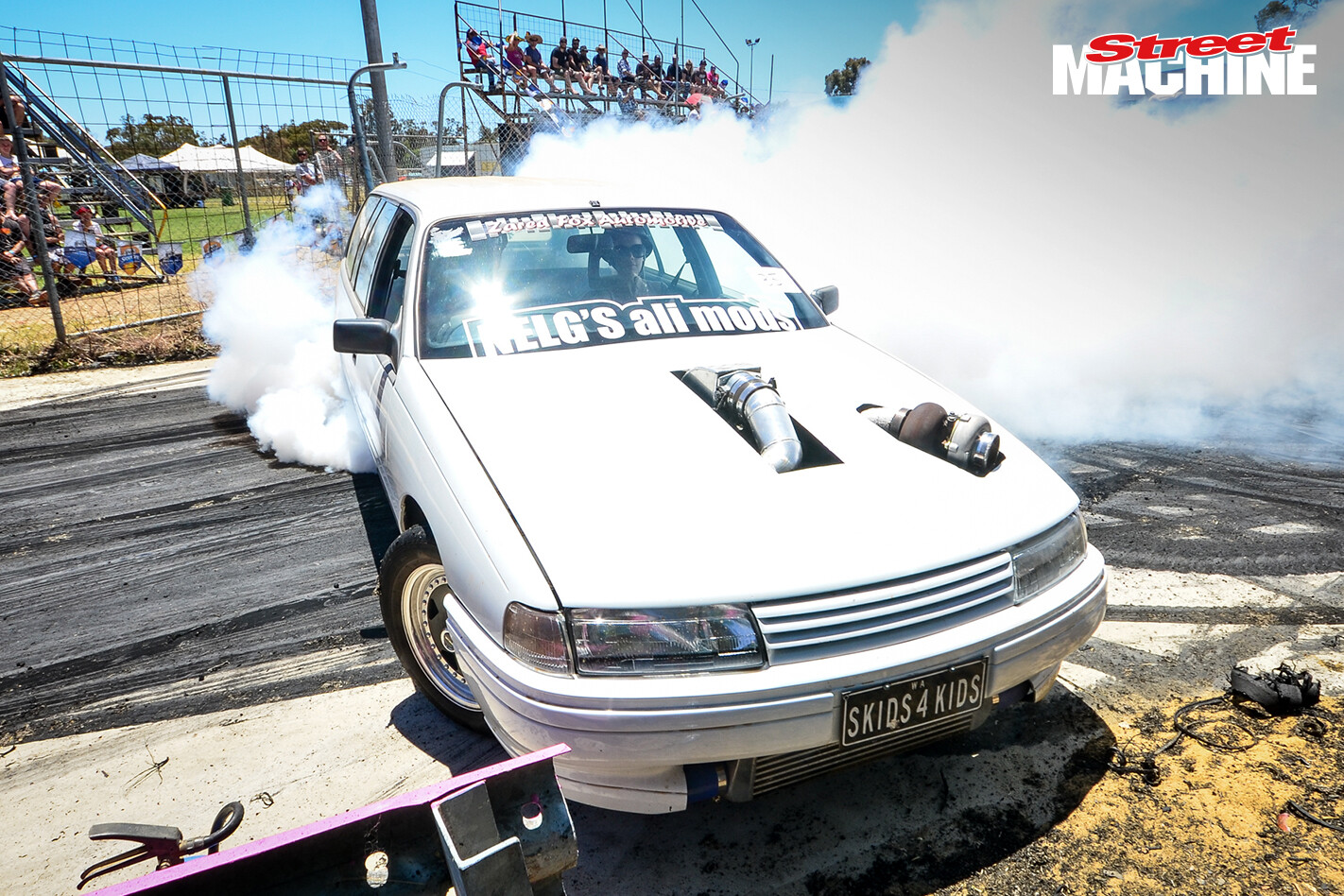 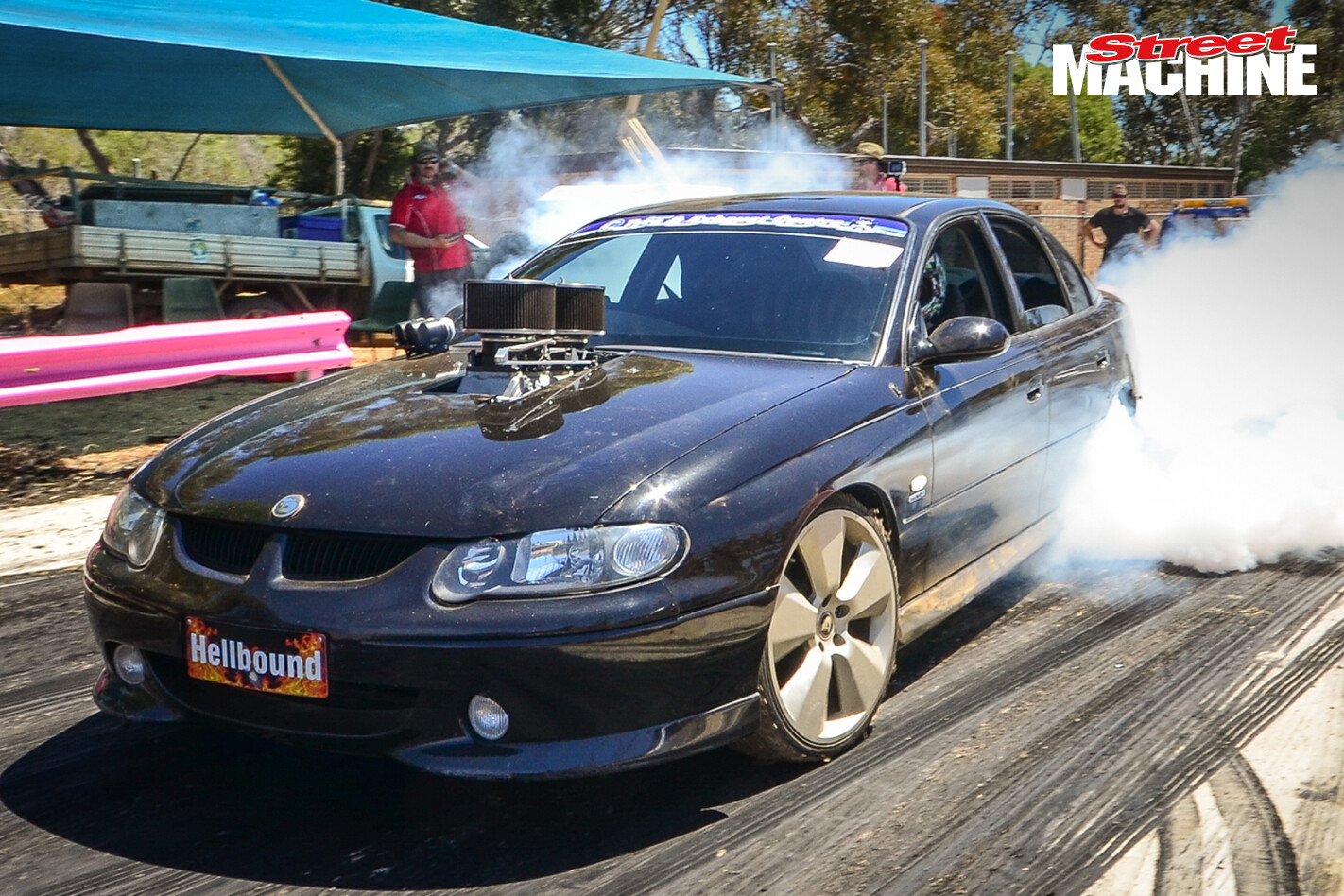 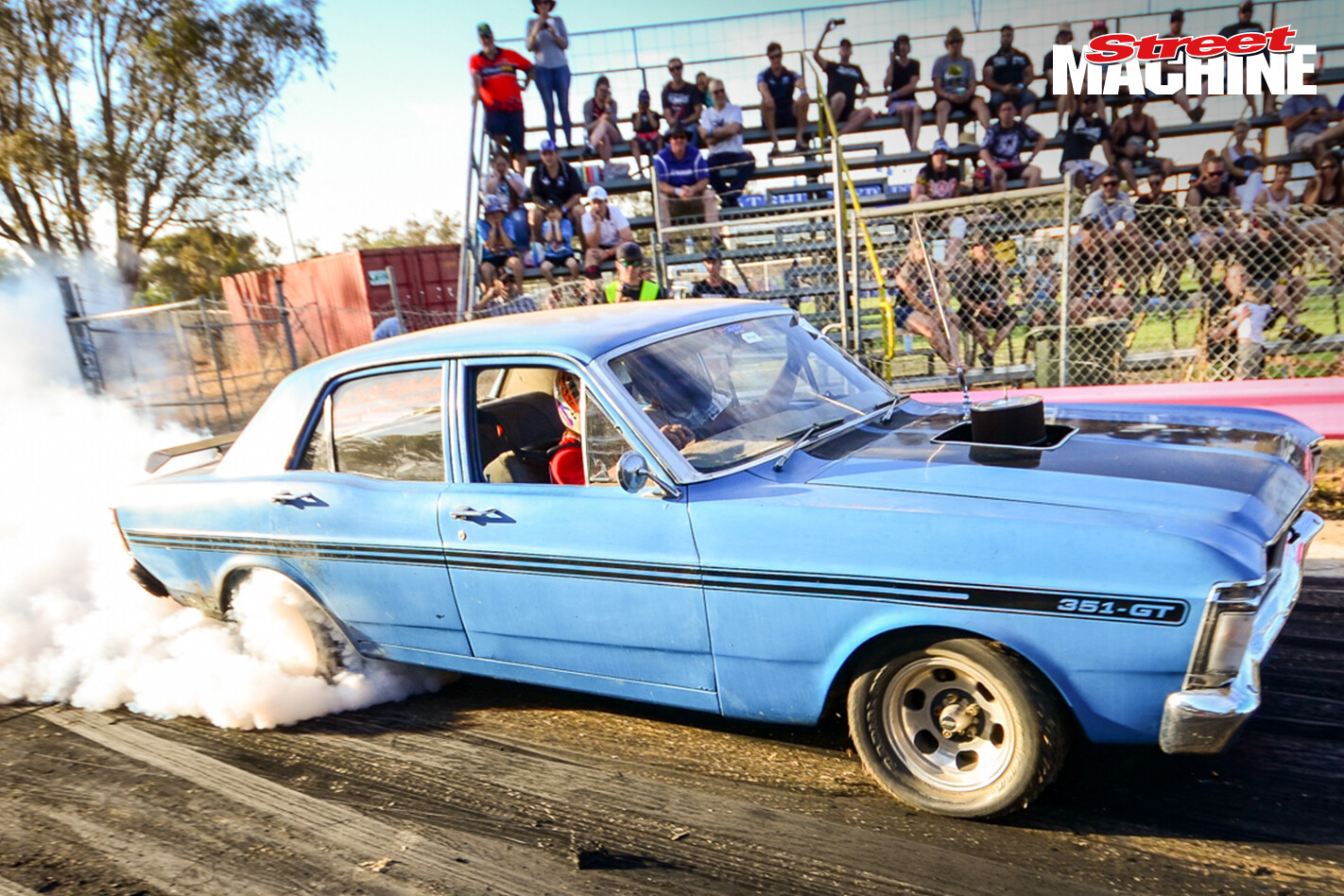