Highlights from this year's Northern Nats at Springmount Raceway in Cairns

THE second running of Northern Nats at Cairns’s Springmount Raceway went off! The 2017 event was like a mini-Summernats held in the tropics, combining burnouts, powerskids, drag racing, a dyno competition and a show ’n’ shine, so there was something for everyone. This year 350 cars entered – around 100 more than last year – and 10,000 spectators came to soak up the high-octane action! 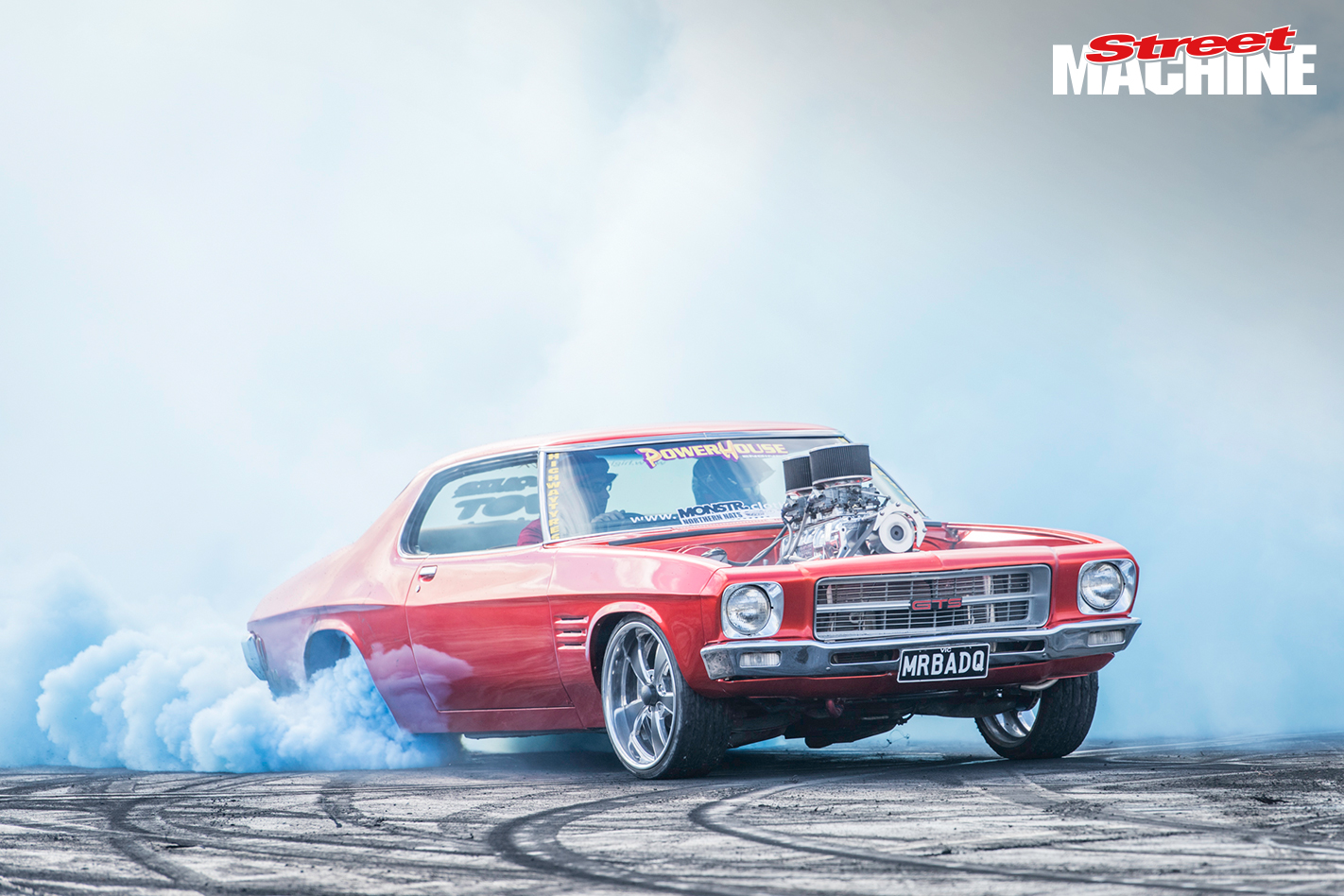 The $15,000 burnout competition is the big drawcard of the event and it brings out the big-name interstate cars plus heaps of spectators. This year Ross Heasley returned in MRBADQ to defend his title after taking out the Pro class last year. Burnout legend Gary Myers also made the trek once again, debuting his new AGROXA blown burnout car. Thomas Beltrame also came up from South Oz with INFERNO, and Andrew Pool in IBLOWN, Sam Surace in MADSAM, Rick Fuller in LSONE, Ryan Pearson in HOLDON and Brendan Cherry and Leigh Pearson sharing driving duties in BACKUP were all present and correct. 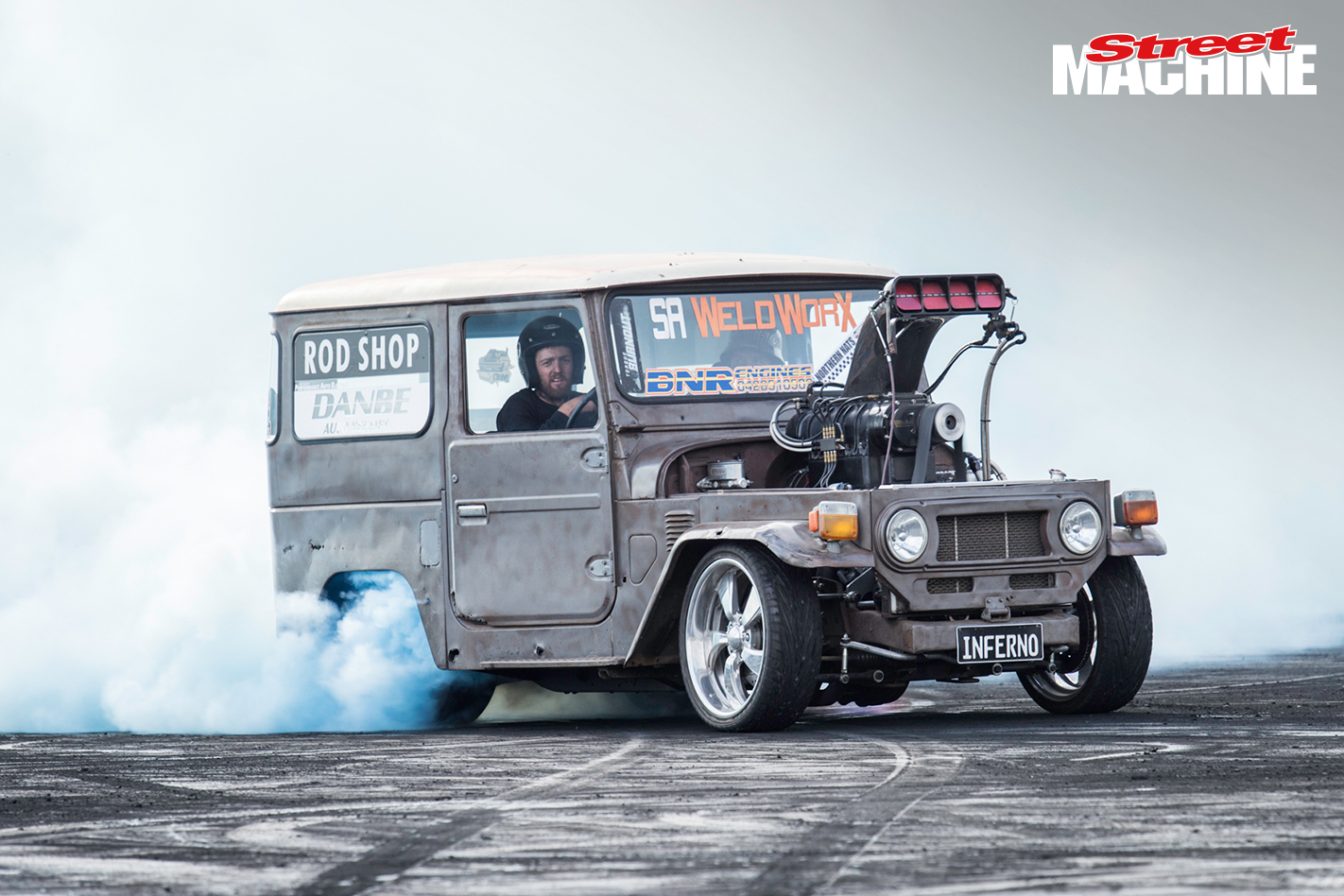 The locals had some pretty rad rides too; Matt Smith with his crazy V8-powered Morris Minor ute, Martin Roper’s ROPABLE and Andre Cuthbertson’s bad-arse blown and injected ute were among those taking it to the interstate guys. 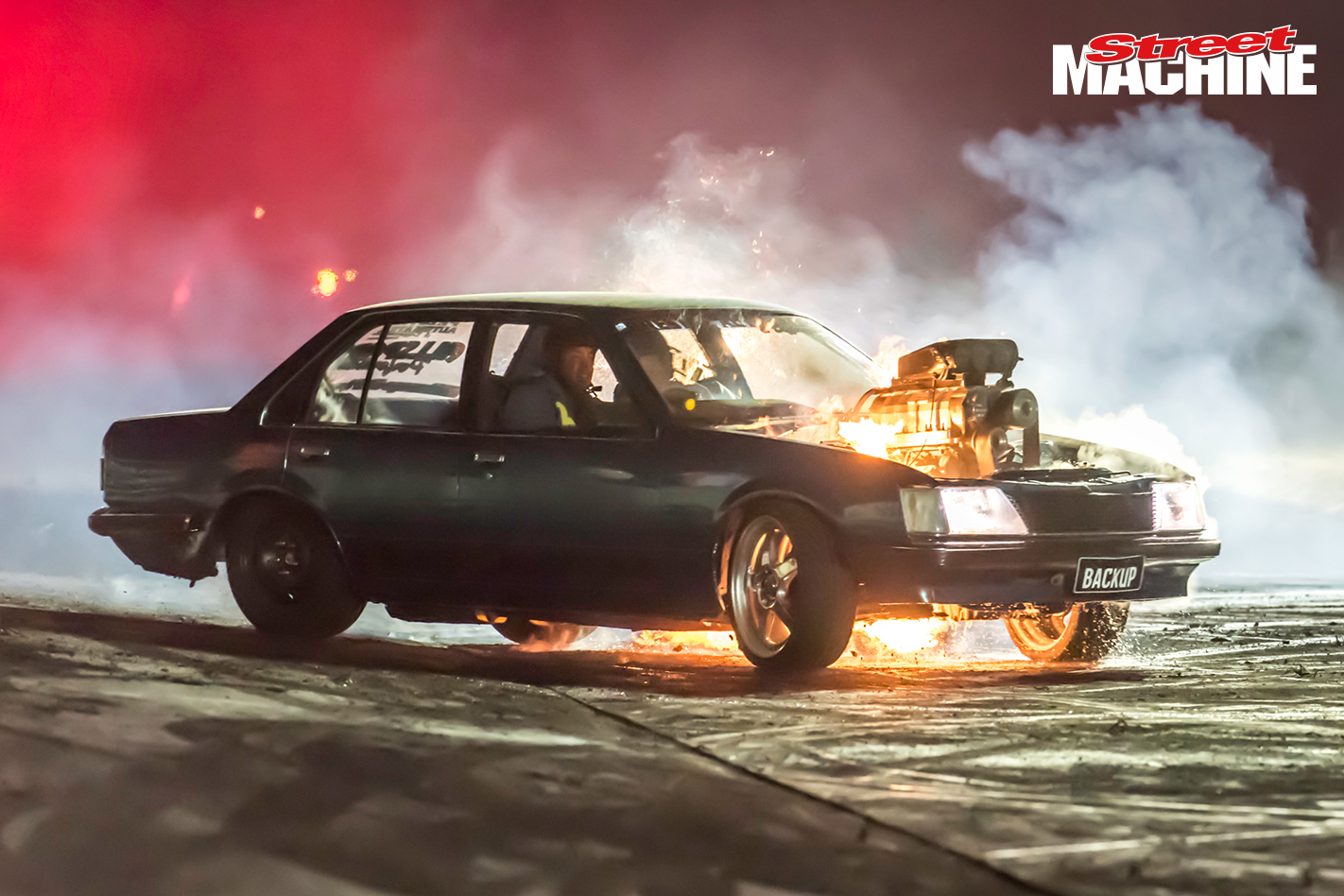 The competition was hotly contested – and in the case of Brendan Cherry and Leigh Pearson and their BACKUP VH Commodore, in more ways than one. The stocky blown LS in their car called it quits after some hard abuse on the pad and exploded in a fireball. “The car was 90 per cent dead and had a bad bottom end knock, but we still had to send it,” said Brendan, who was driving at the time. Both of the boys laughed it off and had a ripper time at the event. 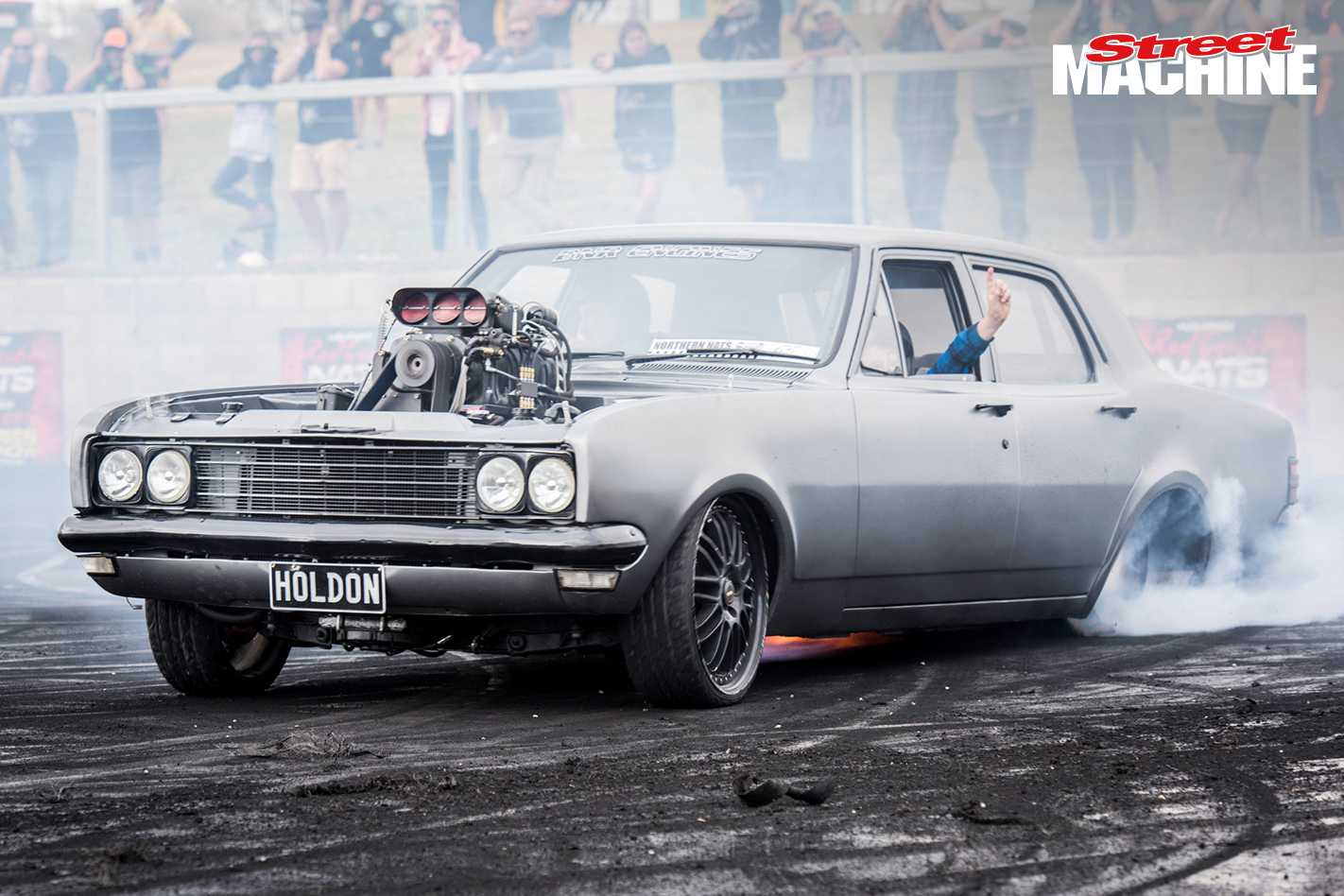 Andrew Pool – a former Summernats Burnout Master – was the top-ranked Queensland-based contender, coming in fifth place ahead of fellow Queenslander Todd Kopelke in his tough Torana. But it was Ryan Pearson in HOLDON who took out the number one spot and the $15,000, ahead of Ross Heasley in MRBADQ in second, Rick Fuller’s LSONE in third and Gary Myers in his new AGROXA in fourth. 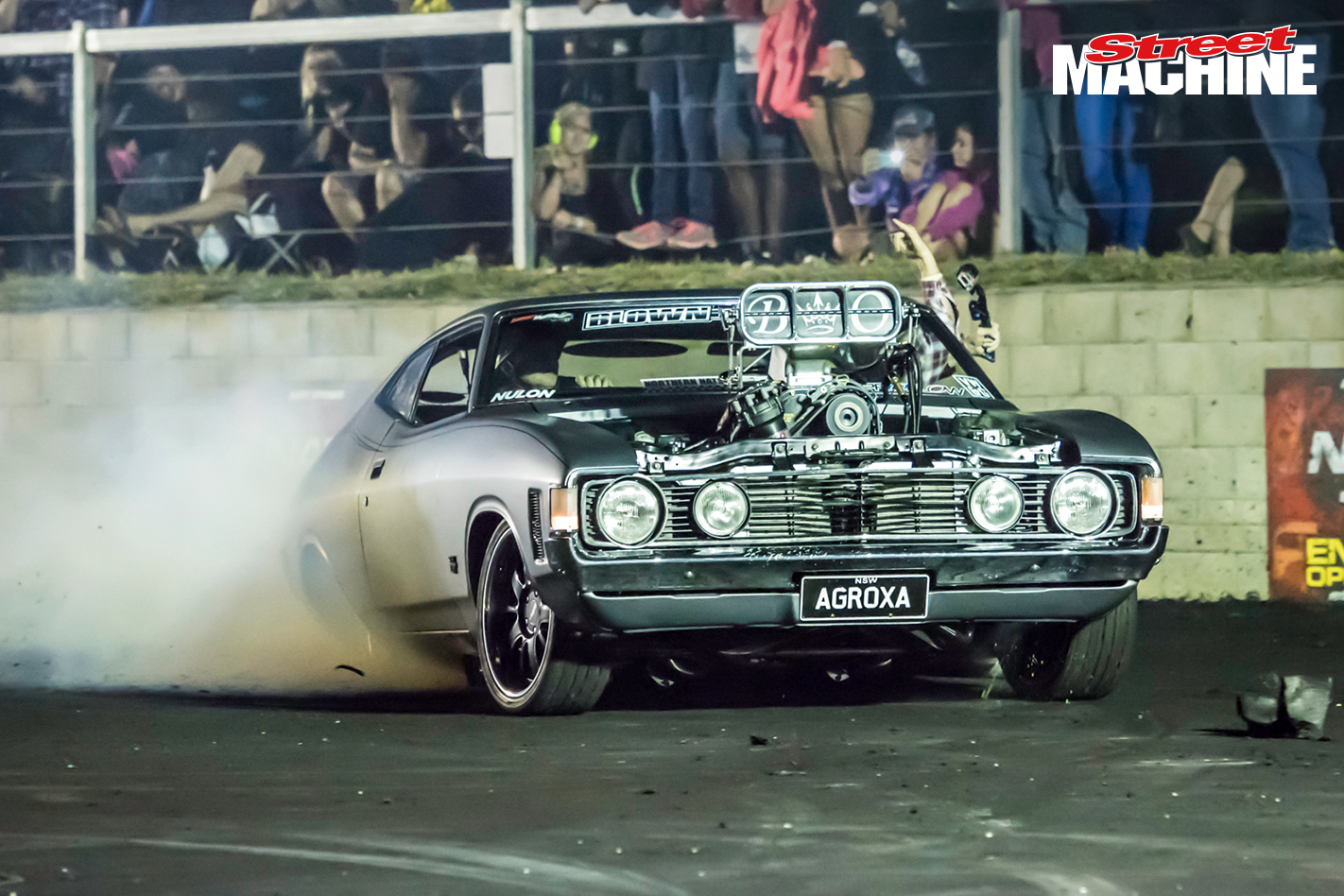 Tickets to the Red CentreNATS Burnout Masters comp were also up for grabs, so the top three cars snagged those. However, because Rick Fuller had already secured his Masters spot his ticket went to Gary Myers. Looks like the old boy could be making a comeback! 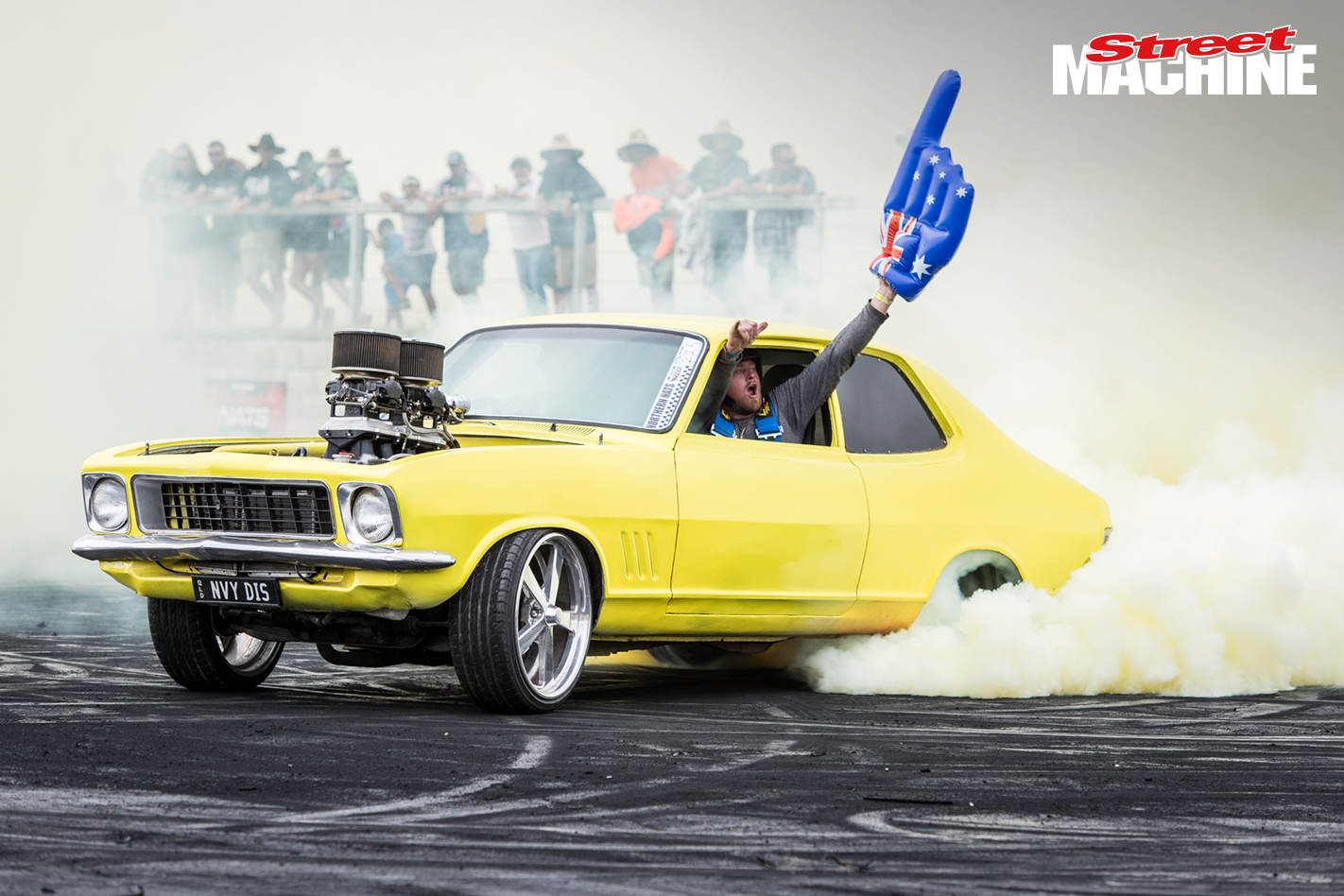 In the Modified burnout class, Todd Kopelke took home the silverware with his carby LS-powered two-door Torana. He snagged himself $500 for the class win in addition to his sixth spot overall for the event. 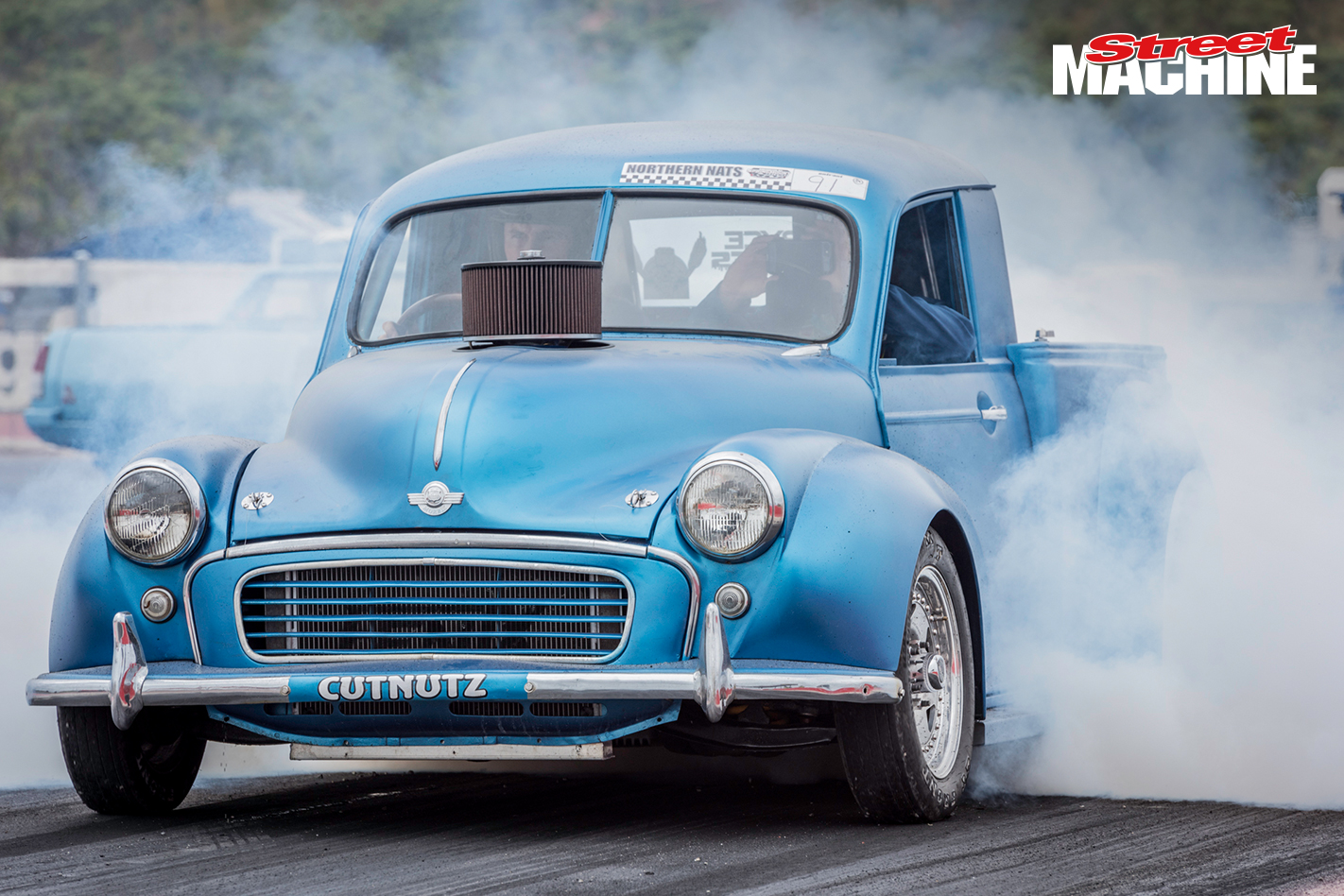 The powerskids were another crowd favourite, with plenty of the blown burnout cars giving the straight-line stuff a crack. Gary Myers was mighty impressive in his new XA, happily blazing the rear hoops for the full quarter-mile. In the end it was Matt Smith’s lightweight small-block Chev-powered Morris Minor ute that impressed the judges most, taking out the powerskid gong. 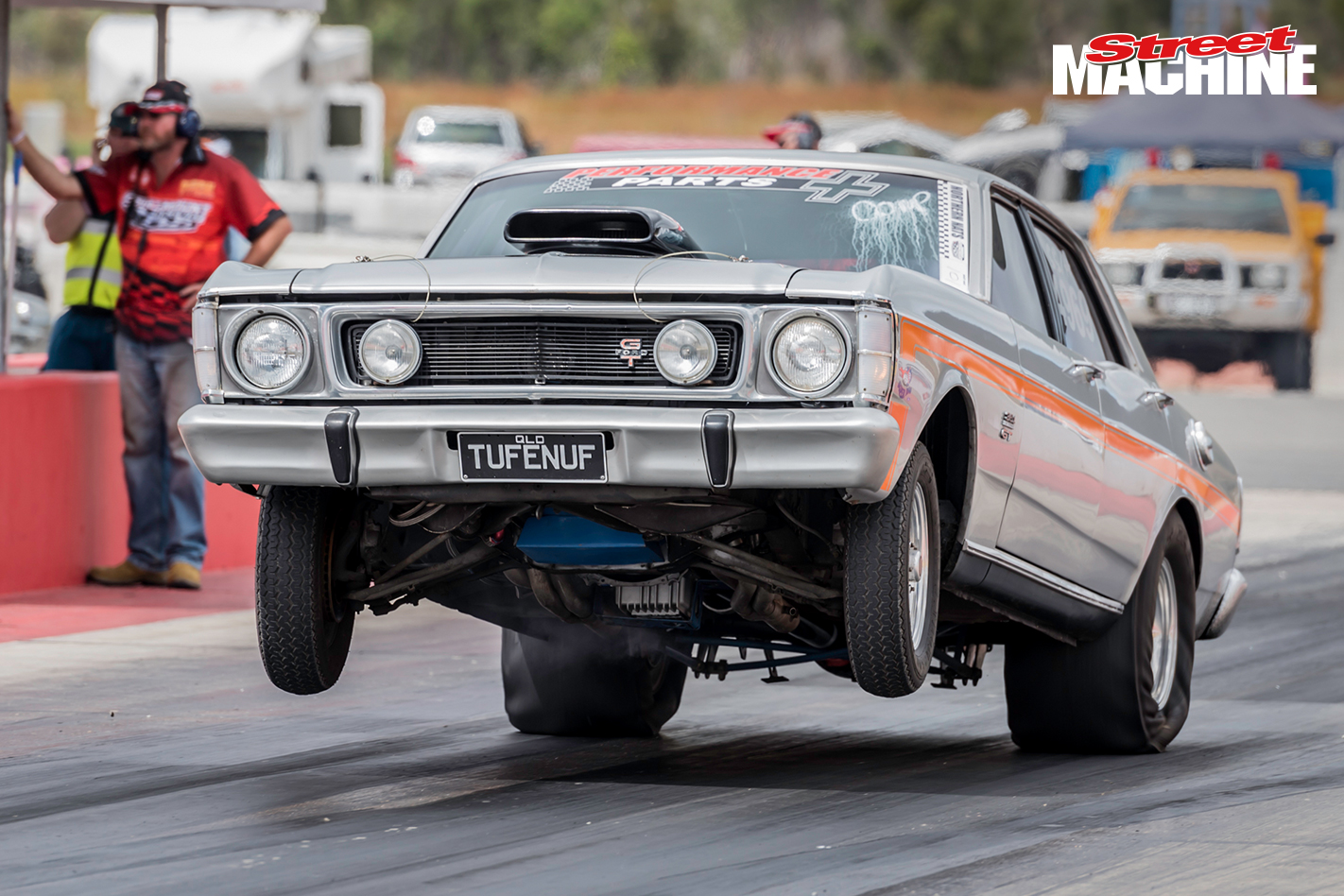 One car that really got our attention was Chris Kepper’s XW Falcon GT, which loves to pull the front wheels. Chris came down from Townsville for the event and his 438ci methanol-chugging aspo Falcon racer ran nines all weekend. 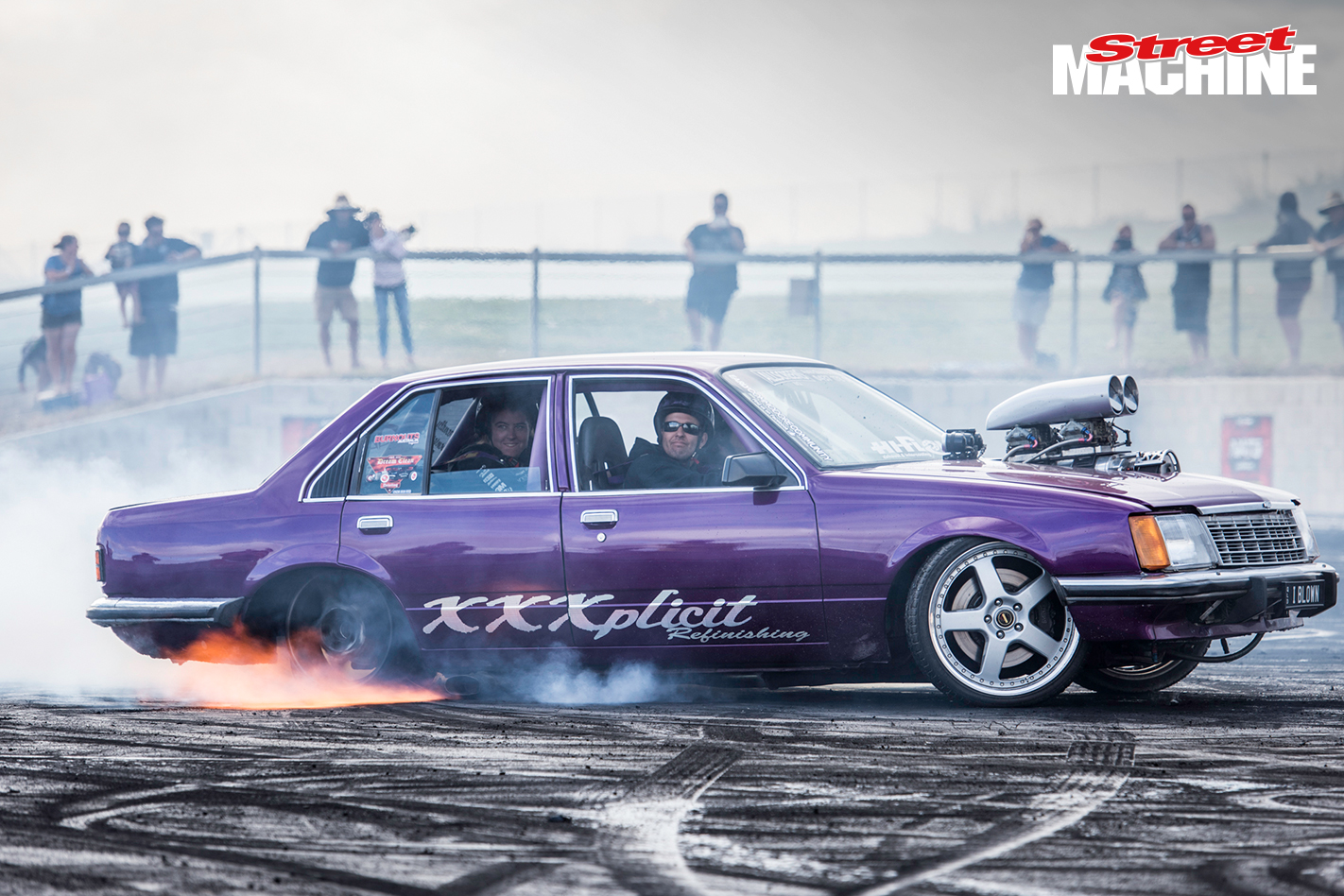 However, hands down the craziest car on the strip had to be Glyn Smith’s crazy Pro Mod Pontiac. Packing a 700ci aspo big-block, it was the quickest thing on four wheels, running a 7.44. But Glyn couldn’t hold claim to the highest mph; that went to Anthony Spataro, who clocked 185mph in his similarly stout 540ci blown methanol-drinking Monaro.

The overall dyno winner, Peter Larios, did very well too, taking home $2000 for his efforts. His turbo 427ci LS-powered VE Holden ute made a massive 1435rwhp. Peter has won the Northern Nats dyno comp two years on the trot now, making over 1400rwhp on both occasions.