THE locals came to play at the Sunshine Coast’s inaugural Power On Petrie auto festival last weekend. More than 200 entrants rolled through the gates of the Nambour Showgrounds for the three-day event, revealing previously hidden street steel that the Coast had kept a secret for far too long!

Aussie toughies, backyard builds and elite show cars all threw down in the ‘skid alley’ expression sessions and day-long dyno runs, in a shoot-out for the highest horses and baddest burnouts. There were also driving obstacles, a timed go-to-whoa, a show ’n’ shine and a kilometre-long cruise route. 1. Nicholas Walker brought along his ’65 AP6 Safari wagon, running a 358ci R3 block with NASCAR W8 heads. The naturally aspirated Mopar beast is pushing out 713 horses at the crank! With a PB of 10.1@131mph, Nicholas says it’s the quickest AP6 wagon in Australia, and we believe him. 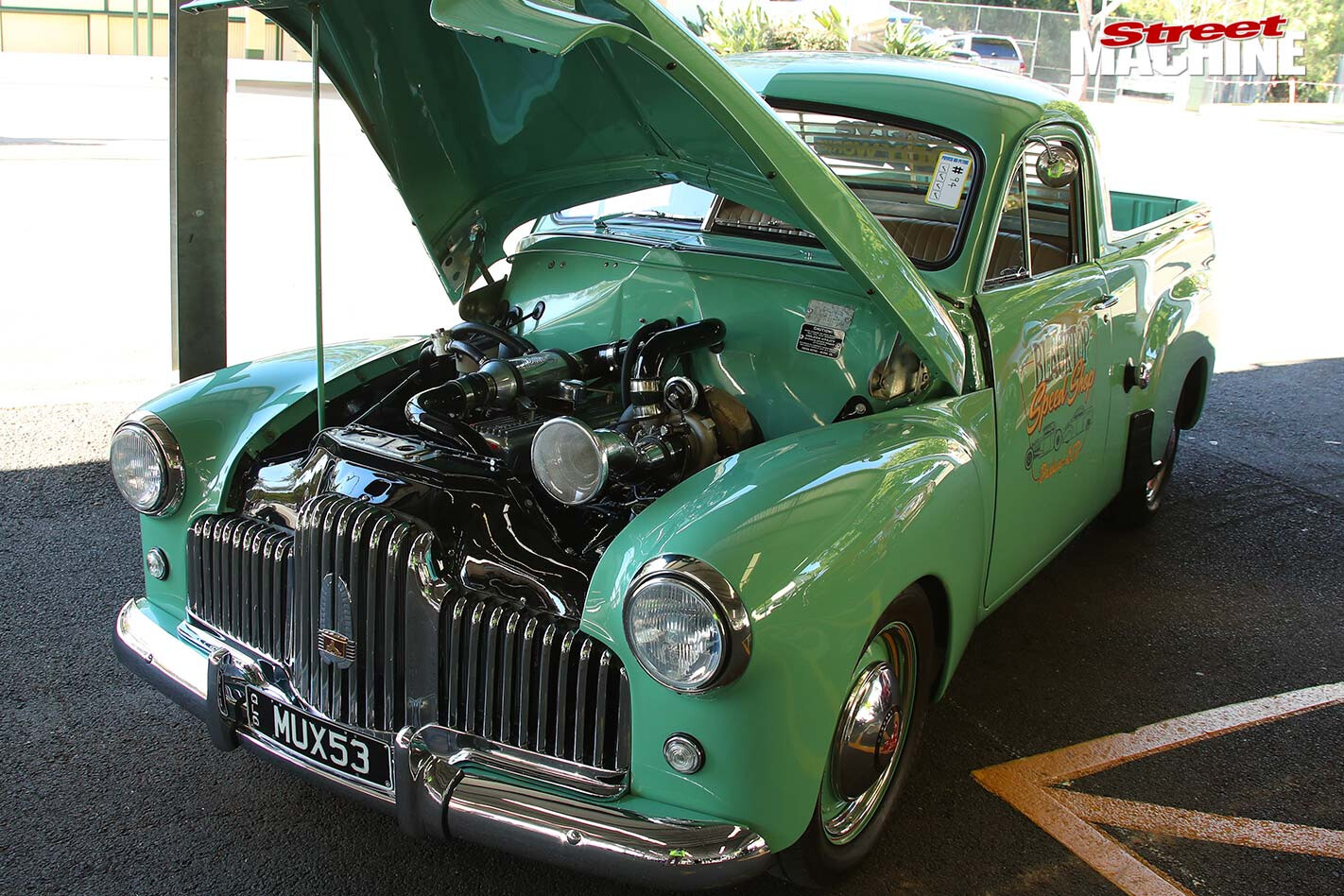 2. This 1953 FX ute is no stranger to Street Machine, having featured in our June 2015 issue and successfully completed Drag Challenge Weekend. Owner Mark Riek took home Best Overall and Best Ute with his highly modded, fuel-injected, turbocharged grey motor-powered beast. Pushing 226rwhp out of the venerable sideplate, the FX dominated the driving events and the go-to-whoa. 3. Joel Mercer pulled up in his nasty Falcon for some skids on Saturday. The turbo Barra-powered XA won Highest Horsepower on the dyno, belting out a massive 890rwhp, and Joel says he’s keen to come back for another crack. “Plenty of big skids, big revs. The crowd loved it!” he enthused. “Can’t wait to be back next year.” 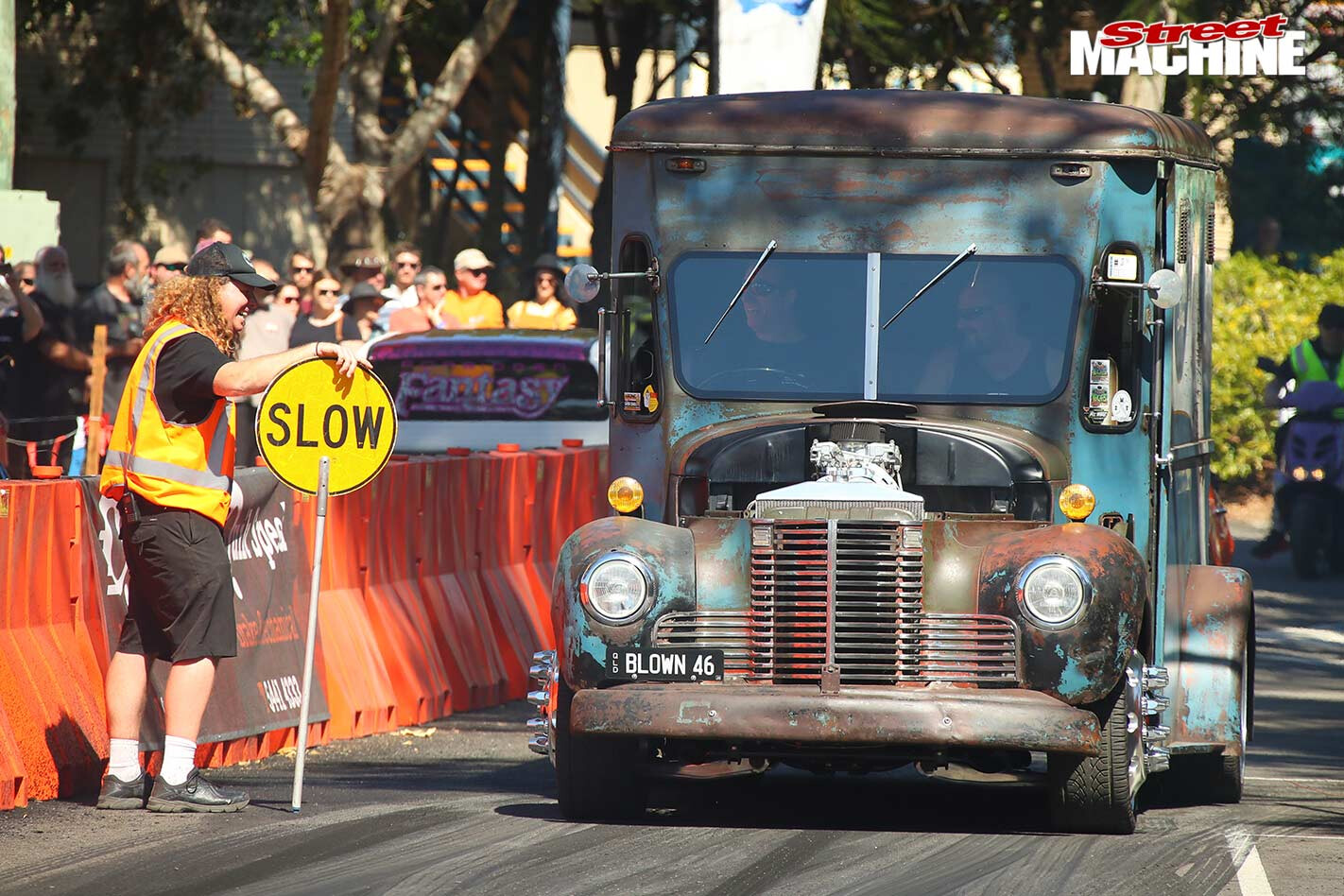 5. This immaculate AP6 snapped necks as it cruised around the showgrounds, and drew a crowd as she sat with the elite show cars. Lucas Hurley's impressive ’66 has a 420ci R3 Mopar small-block with a 6/71 blower out the bonnet. He spent two years bolting it all together at home, only bringing in help for paint and interior. 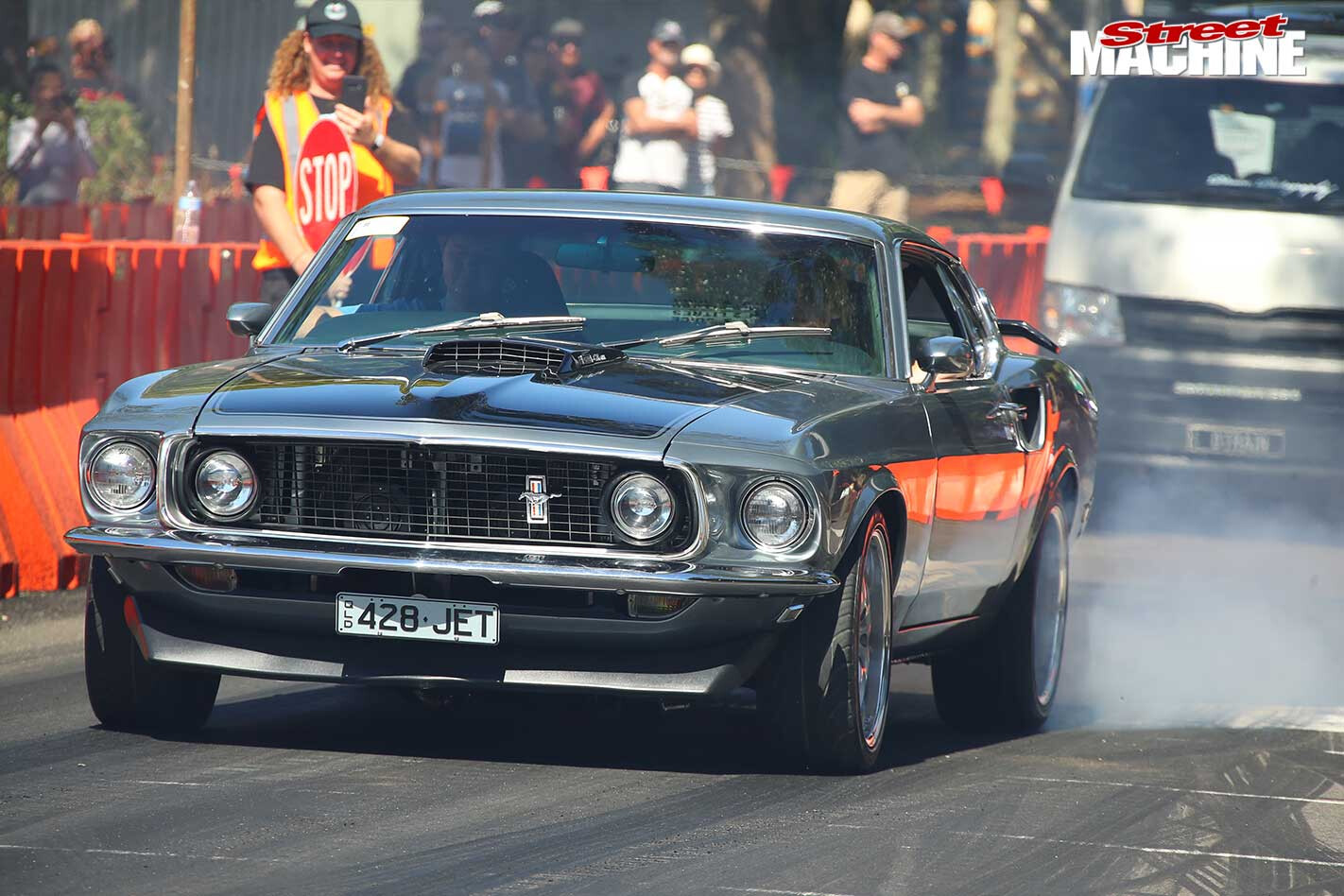 6. Warwick Cann and his young fella Joe warm up their pony’s tyres on the go-to-whoa. It’s not every day you see a ’69 428 Mustang fastback tearing down the straight and locking up the brakes. The American beauty’s been off the road for five years while the engine bay and diff were worked on and four-link suspension was added. “I’ve only had it going since March, so this is its first really good run,” Warwick said. 7. Piloting a mighty ’69 Monaro, Les Retallick drives it like he stole it. The 307 Chev-powered GTS was built from bumper to bumper by the man himself. It’s hard to believe the car was put together 25 years ago, with the paint still gleaming like it was straight out of the booth. The show-quality HK showed ’em how it’s done, laying down rubber from the moment the gates opened.