CHARGING around Sydney Motorsport Park at speeds well in excess of highway limits while leaving bushfires in your wake is a great way to spend your weekend. We’ve got a big story on the event coming up in the next issue, but in the meantime, here are 24 cars that floated our boat. 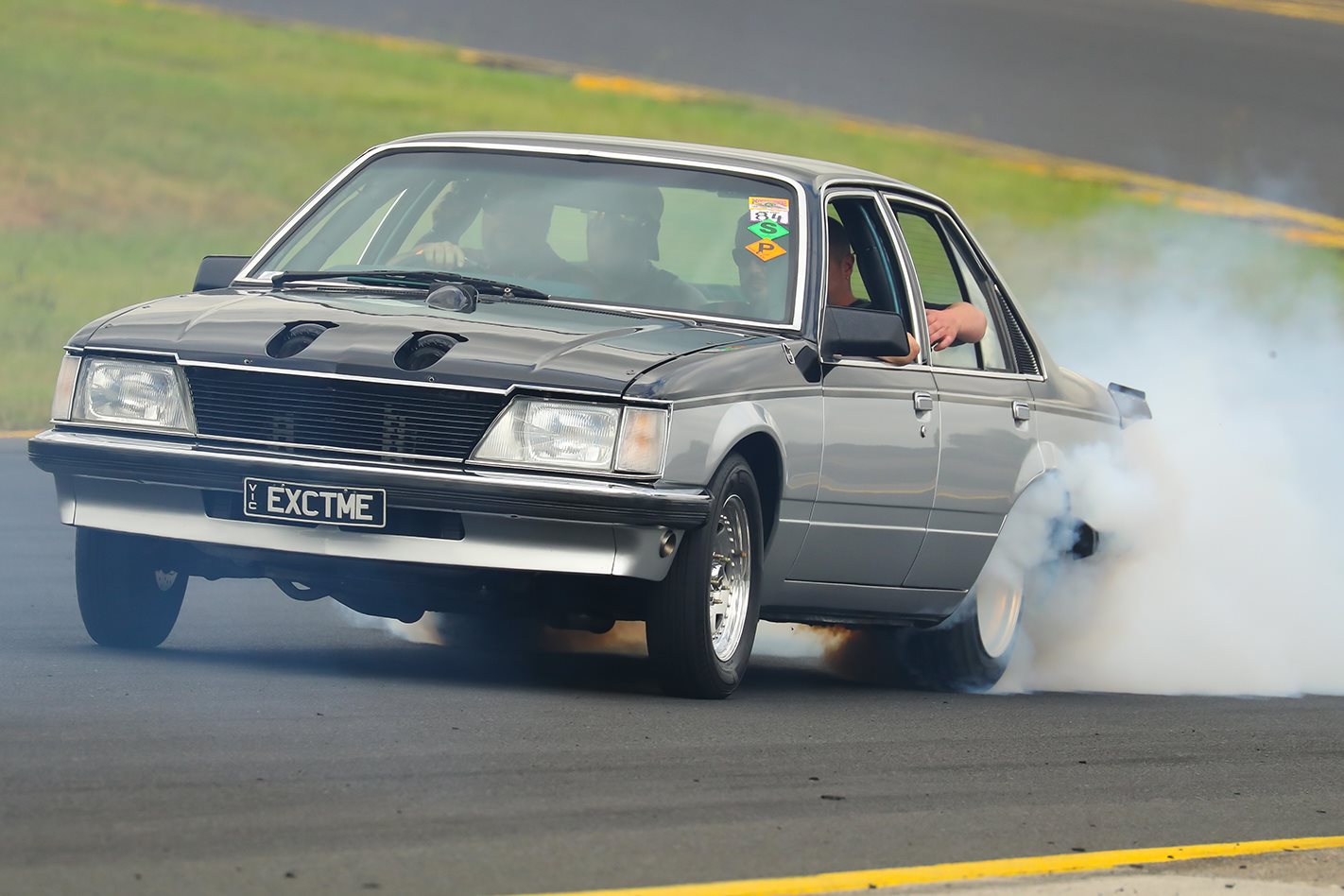 1. Reigning Drag Challenge champion Brenden ‘Bubba’ Medlyn placed runner up in the Forced Induction class in the Powerskid competition in his seven-second twin-turbo Holden-powered Commodore. This year Bubba only went through five sets of tyres. 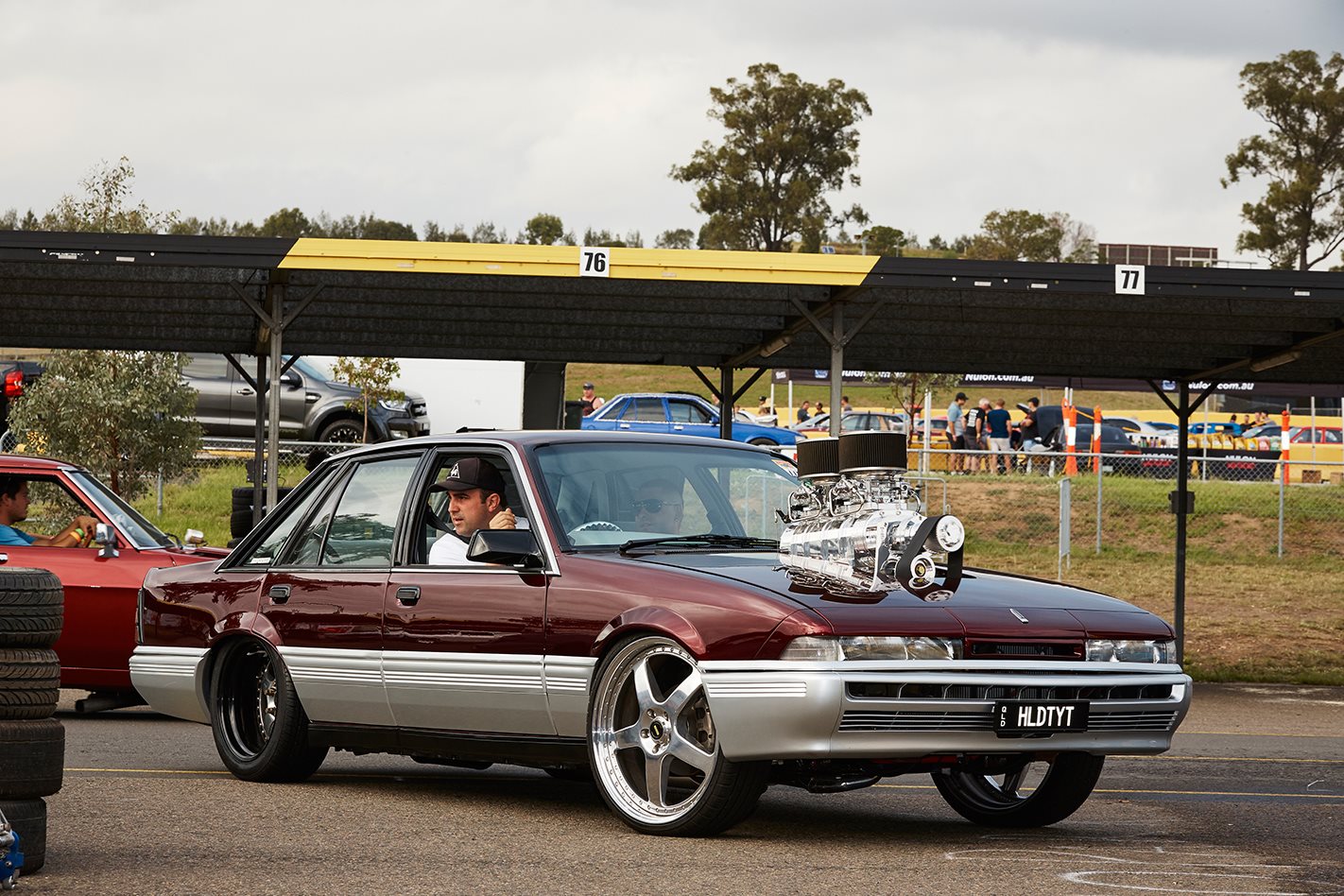 2. The blown LS in Anthony Ivanovic’s newly refreshed HLDTYT VL was on-song at Powercruise, destroying no fewer than 15 sets of tyres over the course of the three days! 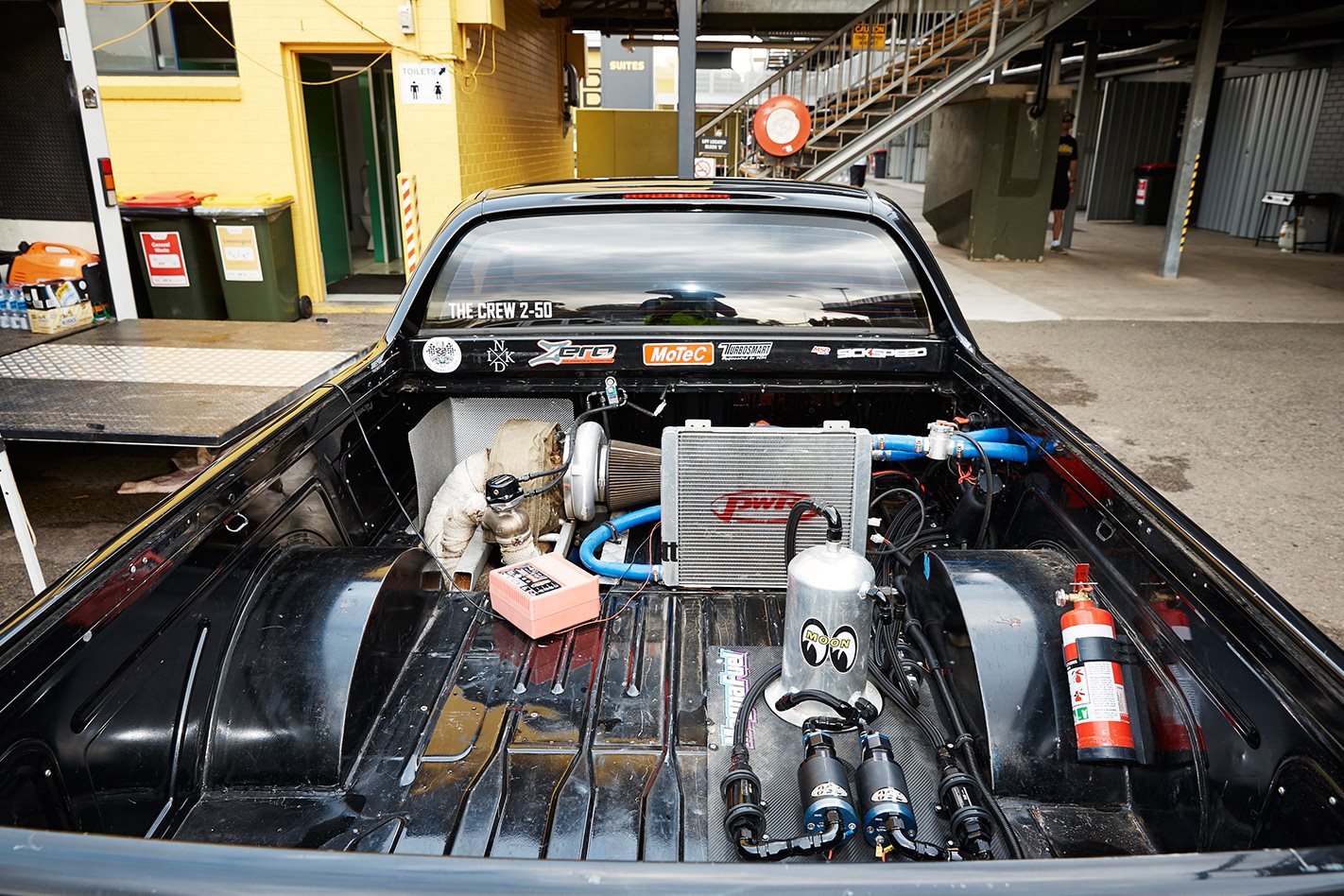 3. Greg ‘Floppa’ Frame’s VY SS ute looks pretty stock from the outside, until you spot the colossal tray-mounted turbo. It made 970.4hp on the dyno to win the Small-Block Blown class, and was flogged to within an inch of its life in the cruise sessions. Great to see Flop keeping it real with a six-speed manual, too! 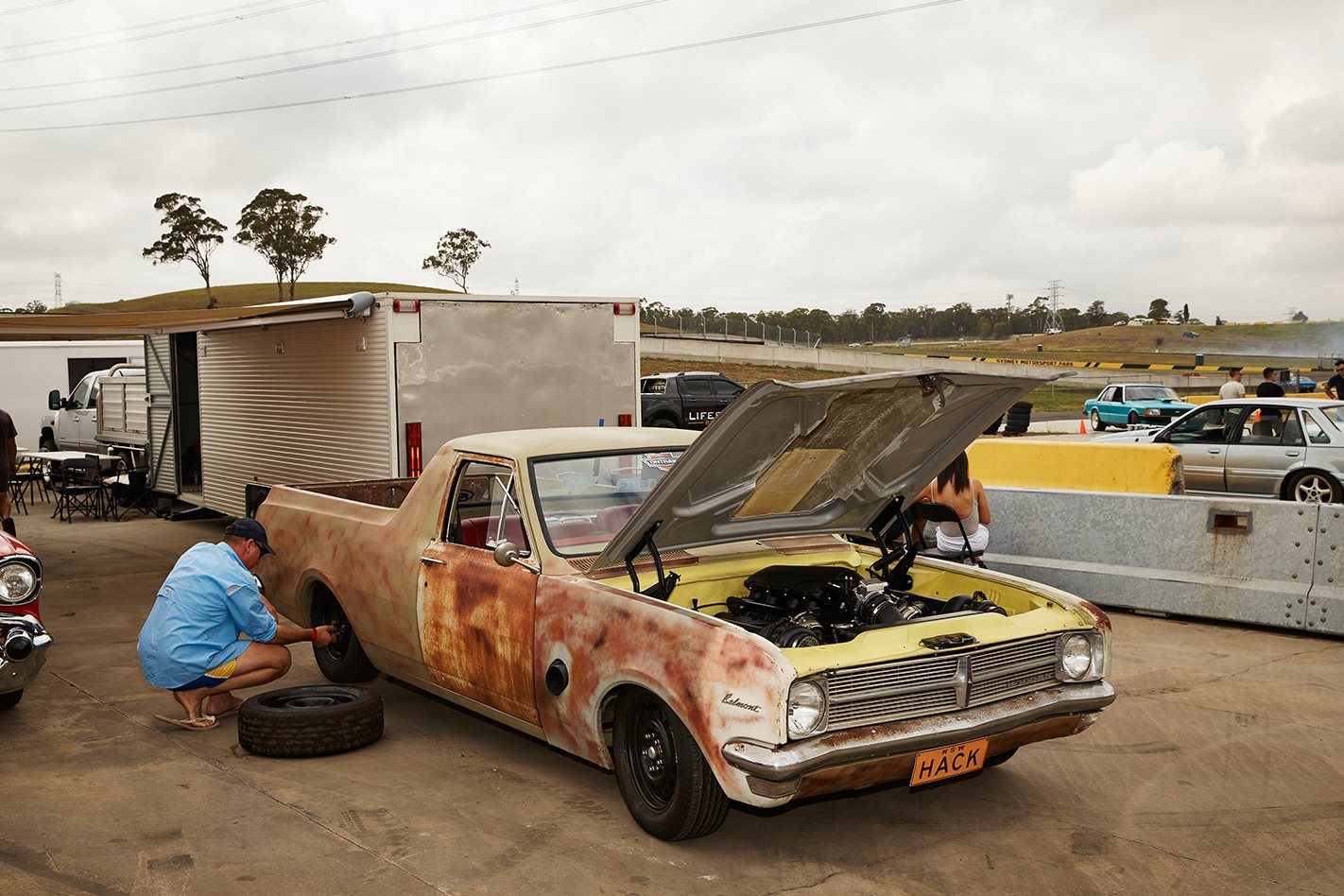 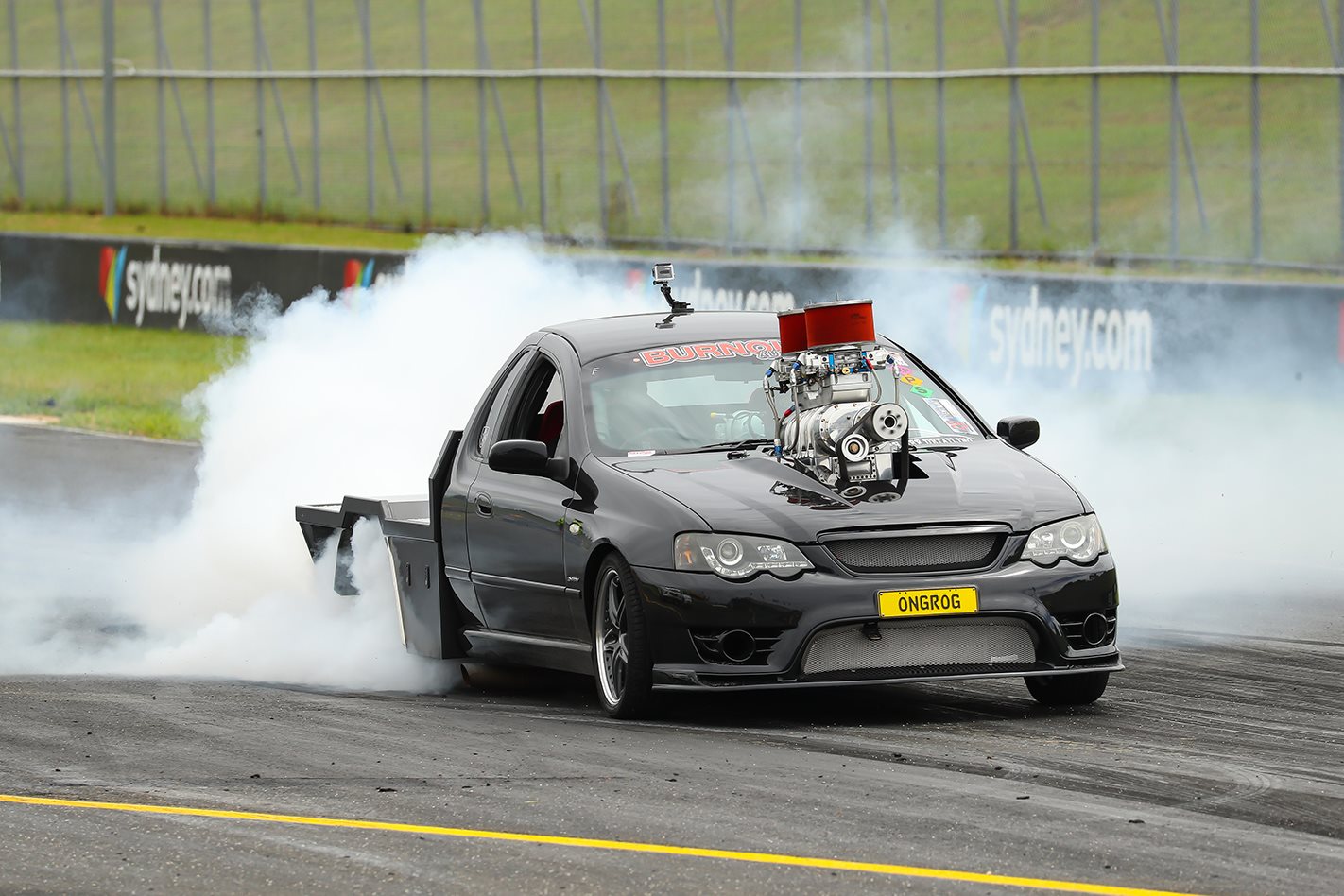 5. The modular motor is long gone from Clynt Perry’s BA, replaced with a meth-slurping, carby-fed blown Clevo. Clynt is a Powercruise regular and built the tonner to wreck wholesale quantities of tyres. 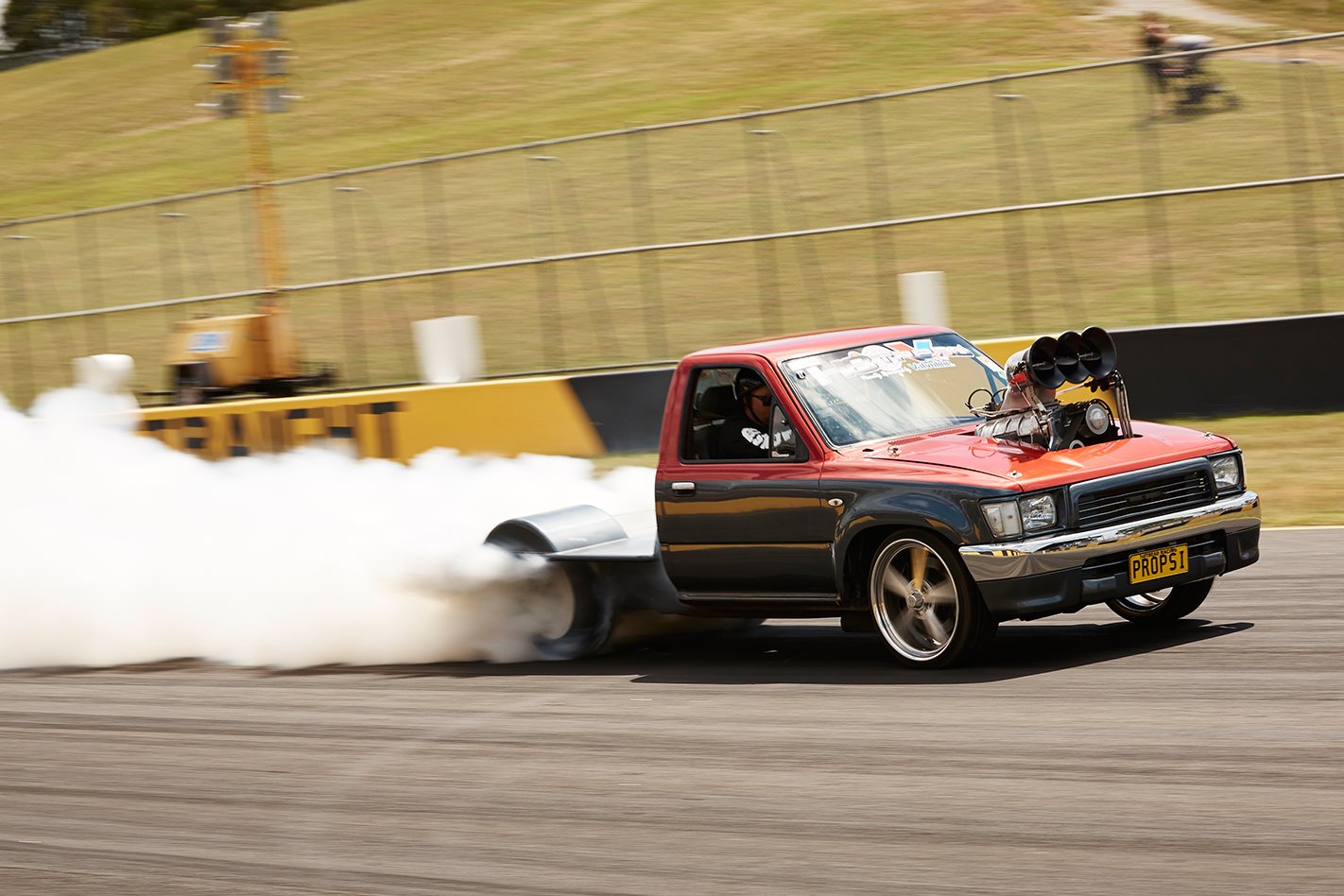 6. Dave Pendlebury was a serial smoker in the cruise sessions in his blown small block-powered HiLux, PROPSI. He was also one of the most vocal advocates for Team Mackley in the 20 versus 20 skid showdown. 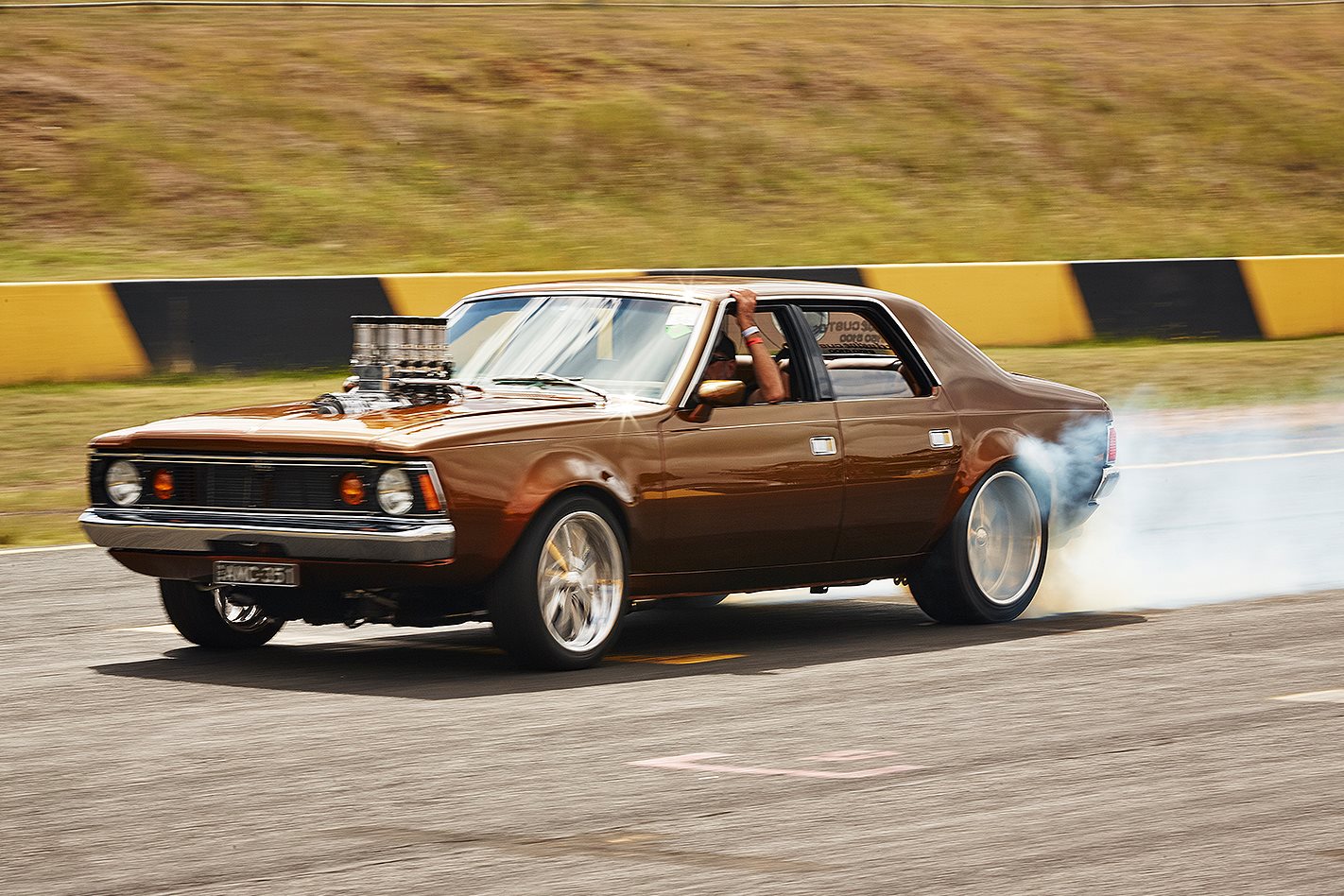 7. Cleaning up Top Judged in the street class show ’n’ shine, Michael Brown’s Rambler Hornet was looking positively stunning. That didn’t stop him from getting up it for the rent in the cruise sessions. 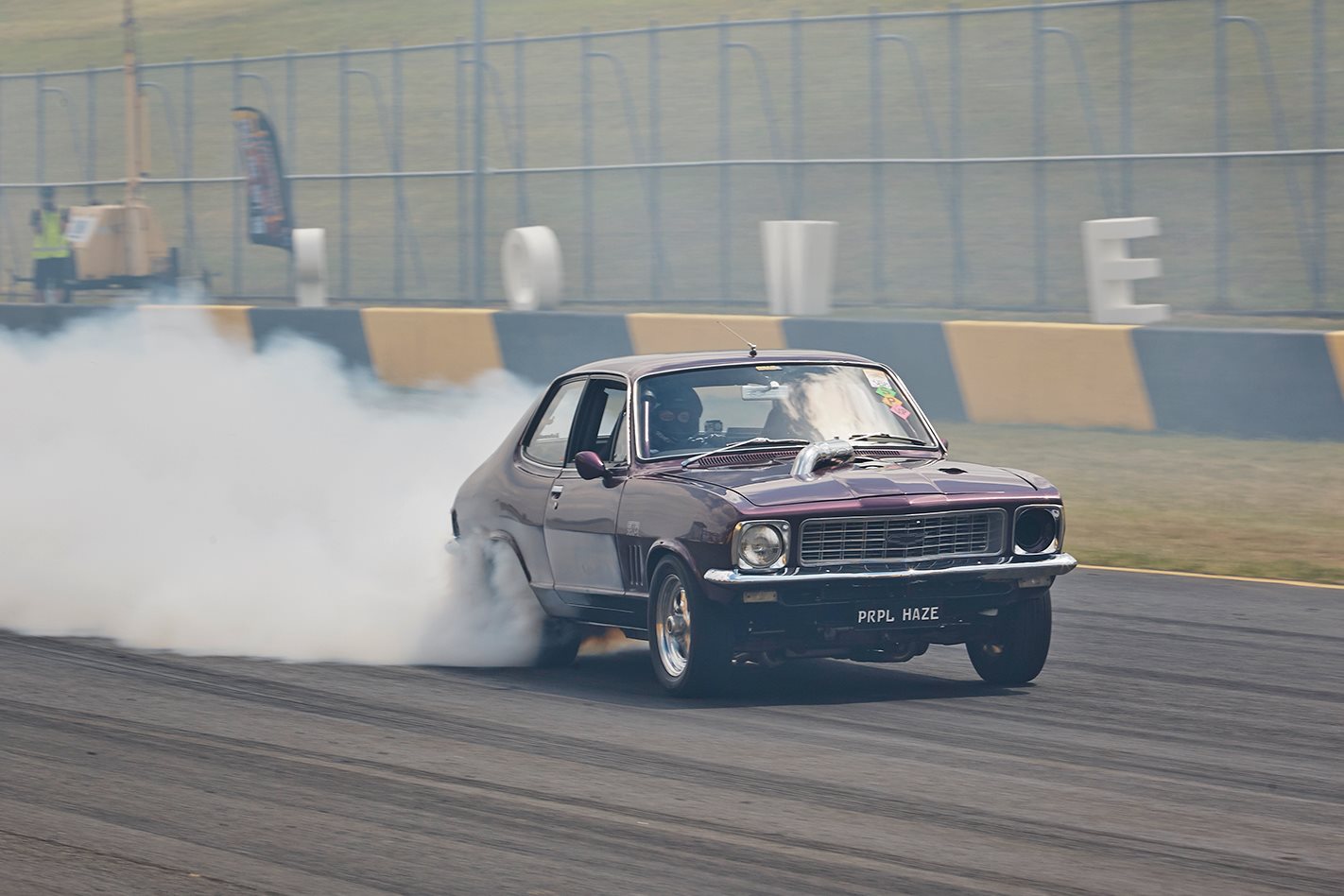 8. Powered by a ProCharged small-block Chev, Josh Hayden’s LJ Torana punished the tyres with the best of them in the powerskid competition. 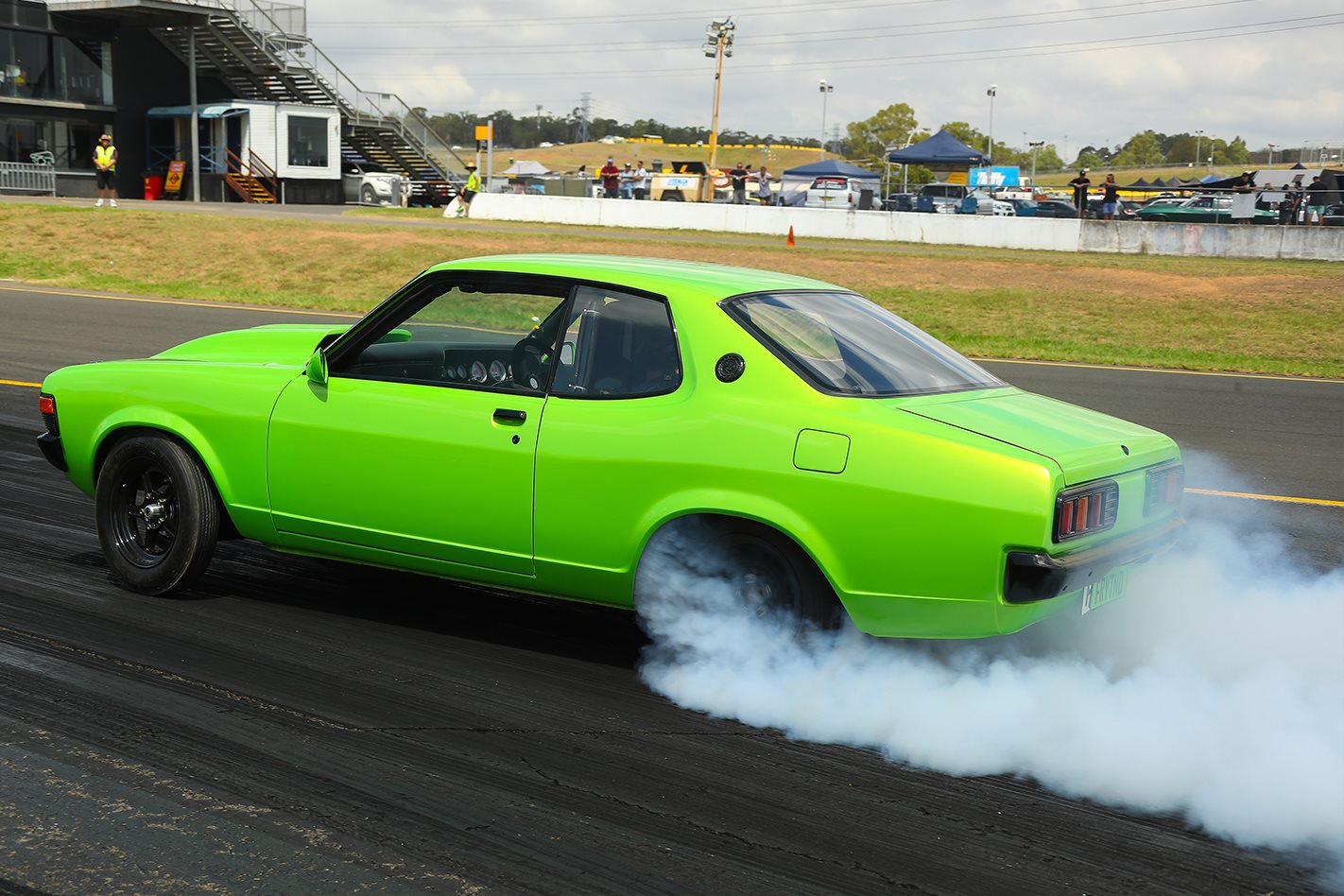 9. Wollongong lad Drew Friend finished his LS-swapped Galant in the lead-up to Summernats 30, and earned a spot in the Elite Hall. When Powercruise rolled around, he decided it was time to thrash it. 400rwhp from the cam-and-heads LS1 proved ample. 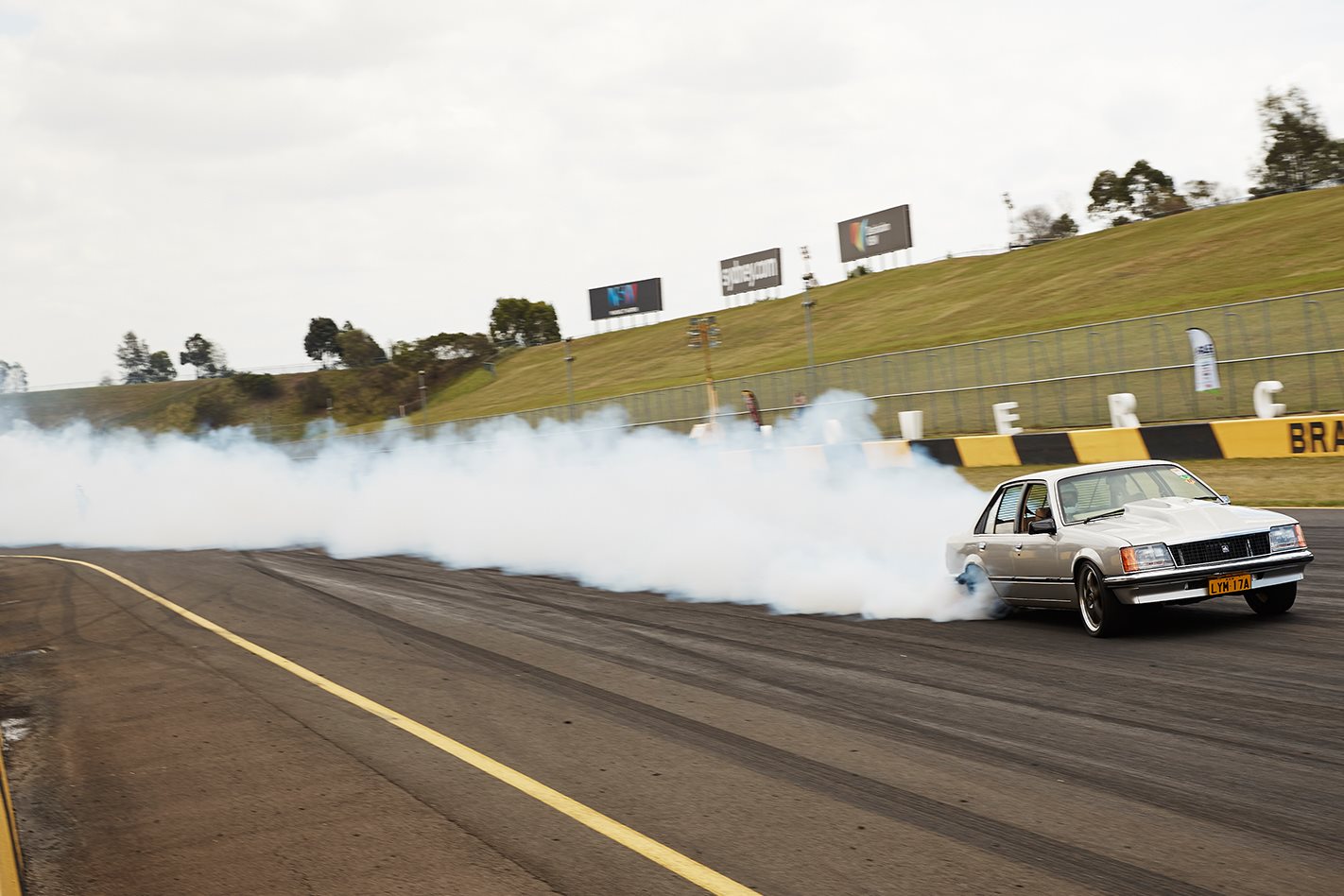 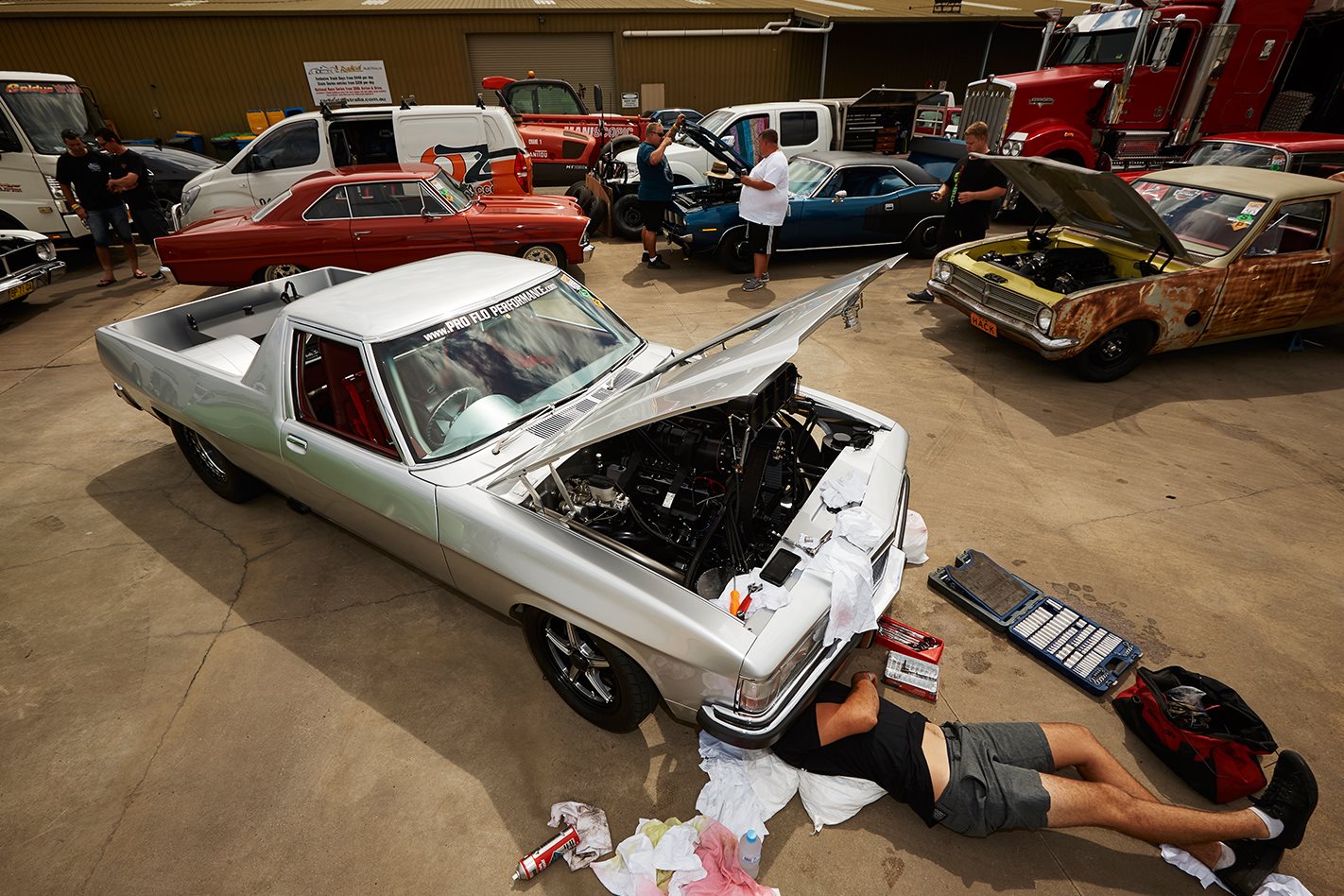 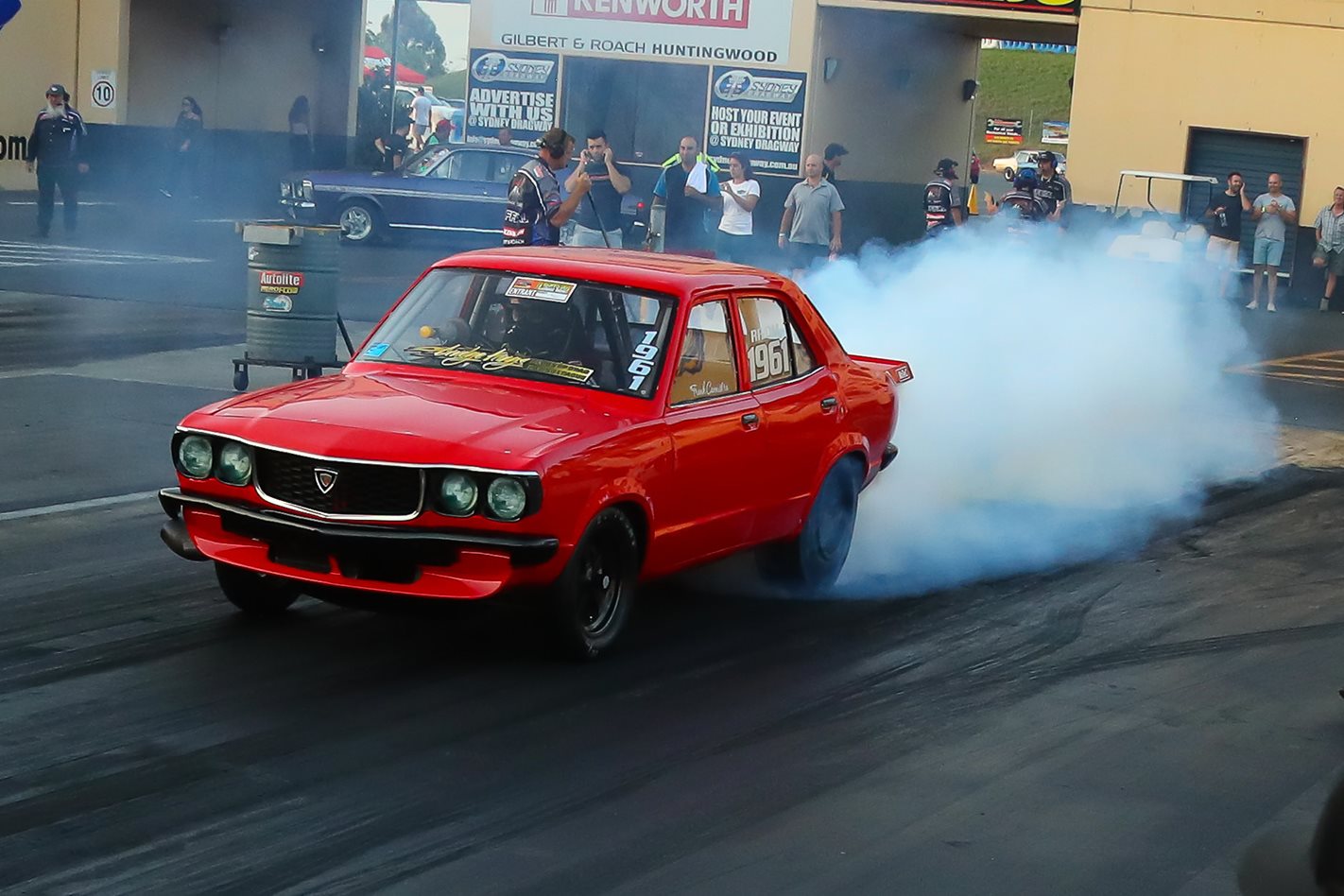 12. Frank ‘MRHELI’ Cannistra picked up the Longest Powerskid award at Lights Out. 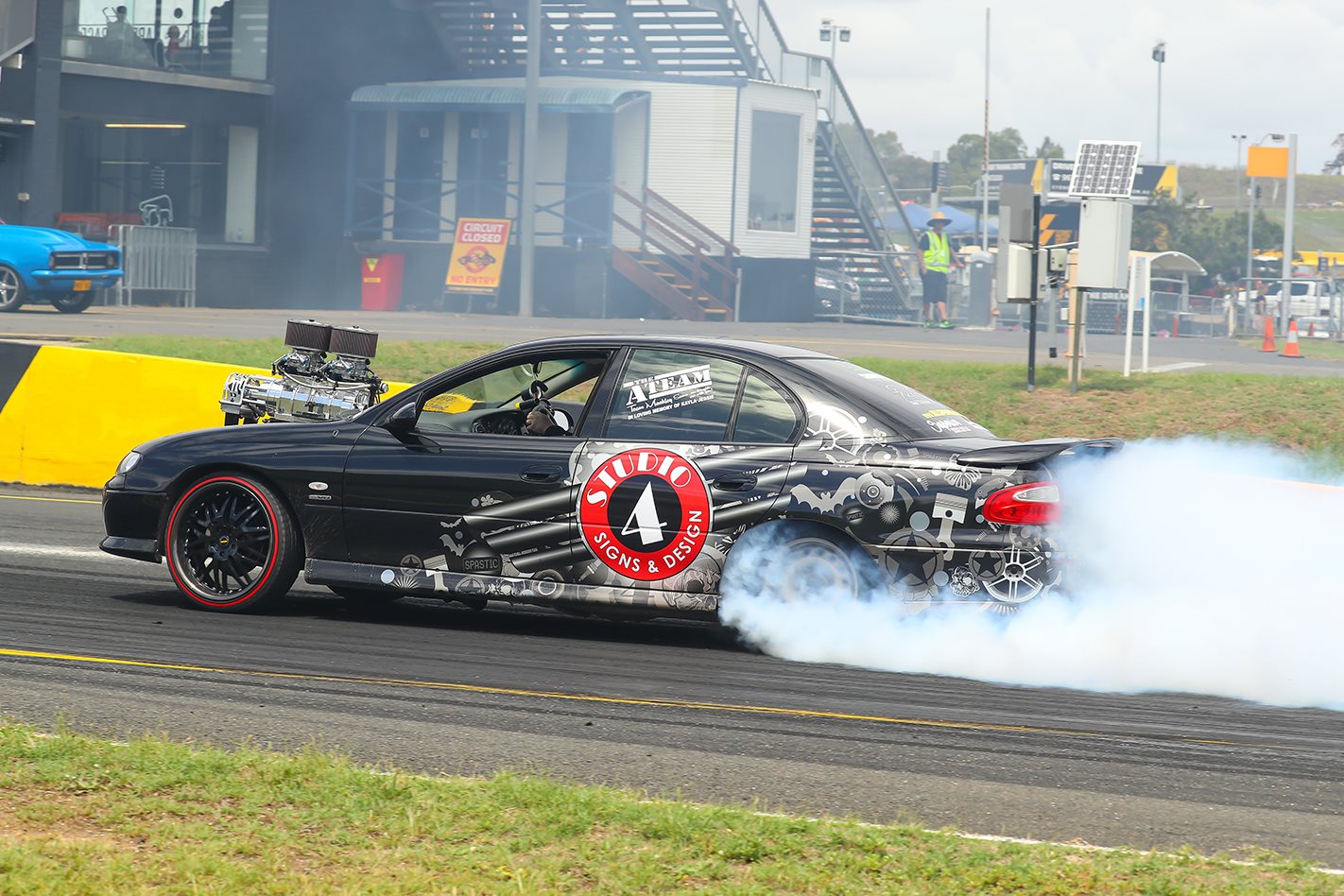 13. After putting on a stellar performance in the 20-versus-20 burnout challenge and winning the Top Judged Burnout 8-cylinder class and Lord of the Revs in the regular burnout comp, Michael Pratten continued to beat up on his blown VX Commodore in the Powerskids on Sunday. 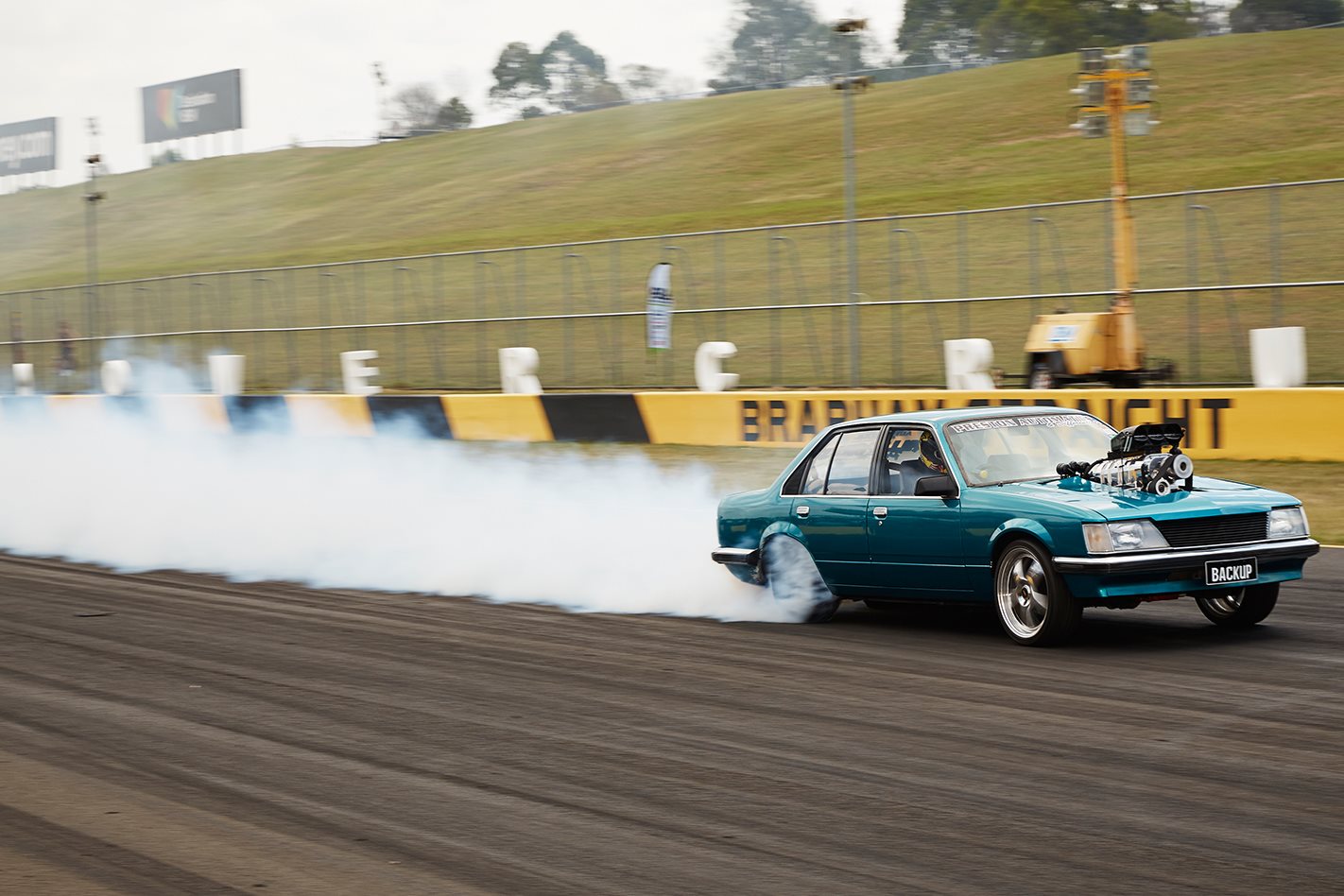 14. Brendan Cherry hauled his new toy all the way up from Melbourne and leaned on it hard. 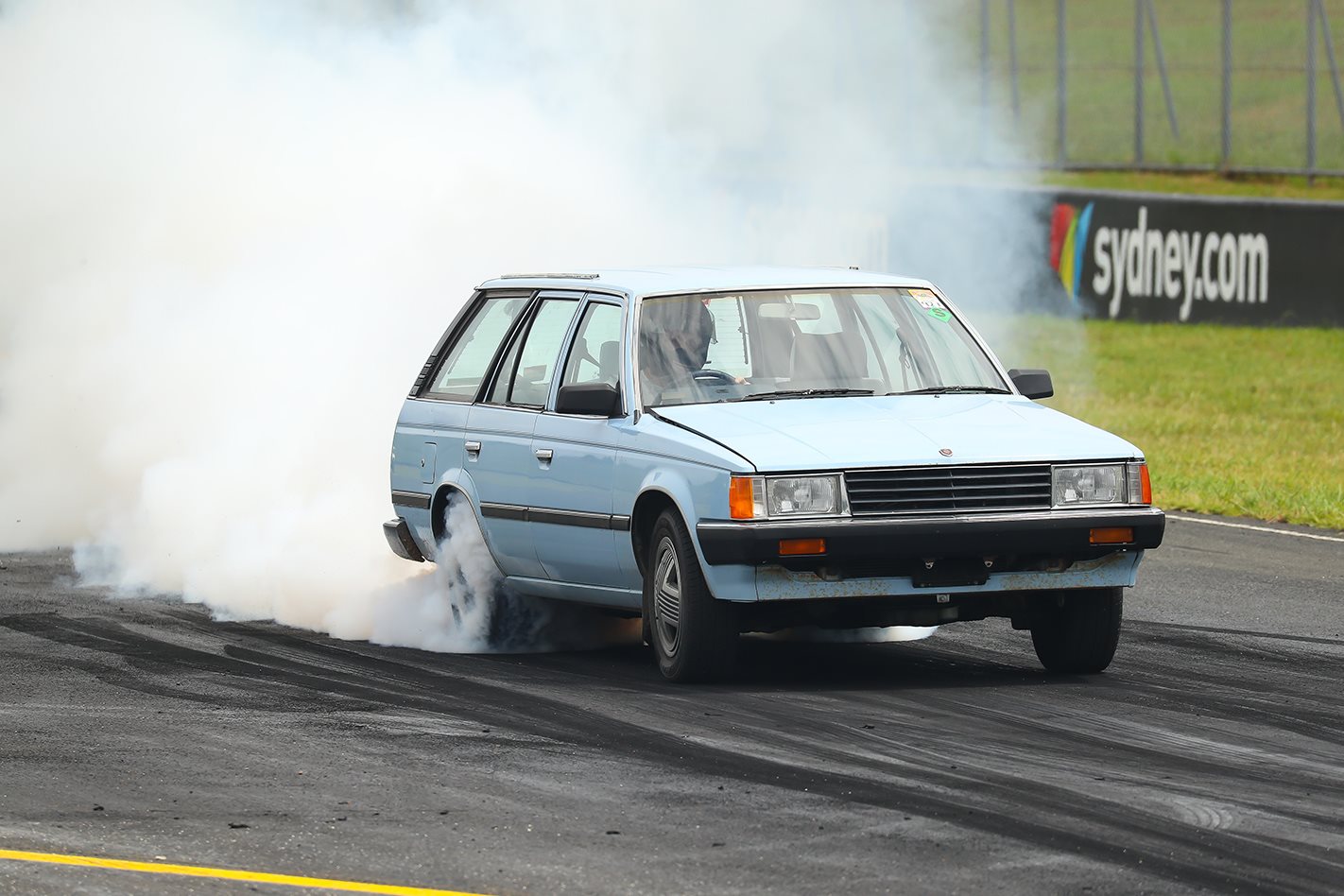 15. A stock-looking Corona wagon baking the treads like this is a joy to behold. Max Edwards (son of Jake Edwards of Jake’s Performance fame) has run into the mid-10s in the car, after adding a nitrous kit to the warmed-over LS1 midway through Street Machine Drag Challenge. A sleeper like this is a barrel of laughs at Powercruise. 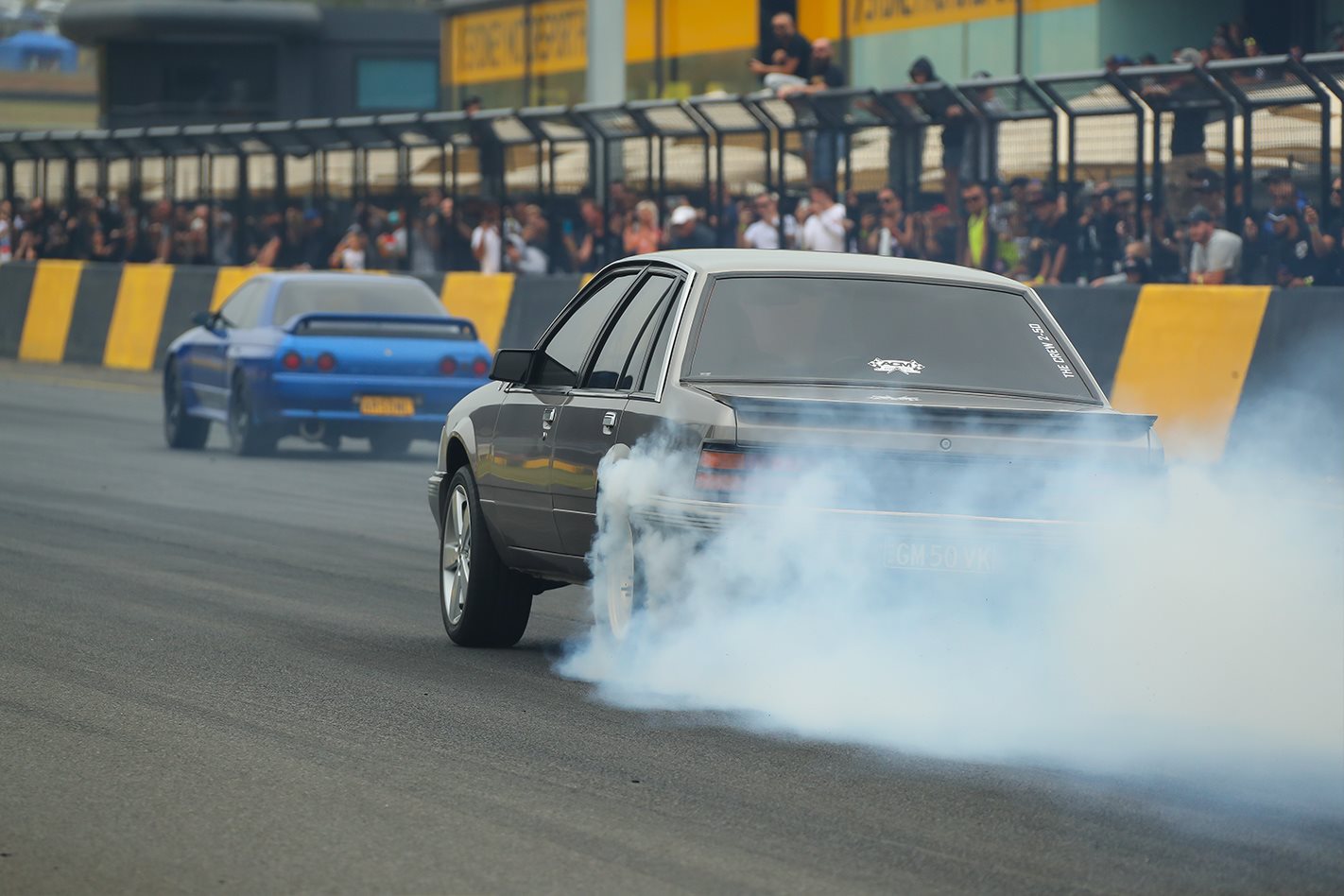 16. The struggle was real for the two-wheel drive cars on the unprepped surface at Sydney Motorsport Park. Here we see Peter Rohr’s nitrous 402ci LS VK struggling for traction against the eight-second ARSONL R32 GTR out of the Maatouks Racing stable. 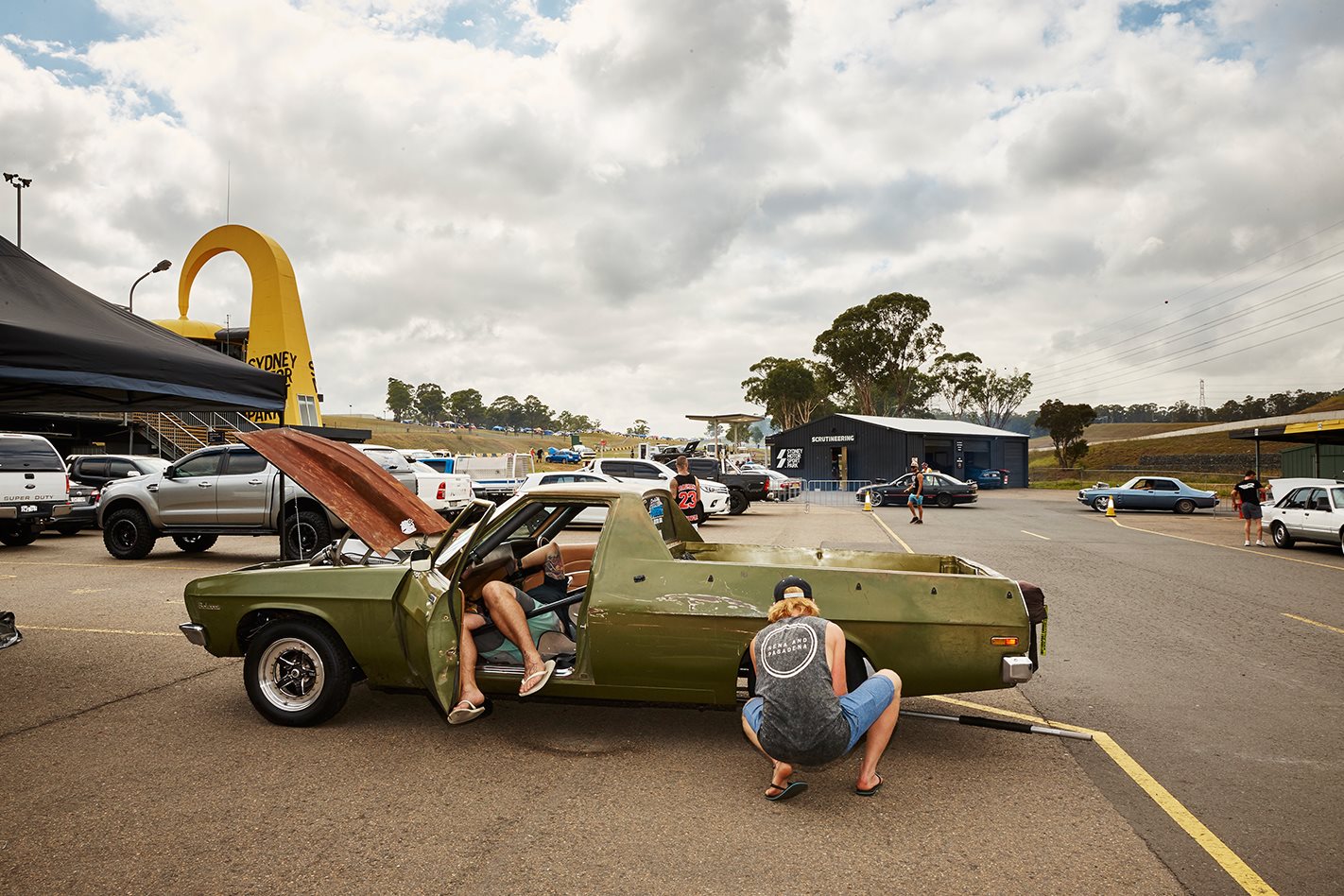 17. Rod Browitt’s NOCOIN HQ ute has undergone some serious development in the off-season, and he’s working on shaking the bugs out of it ahead of Street Machine Drag Challenge ’17. 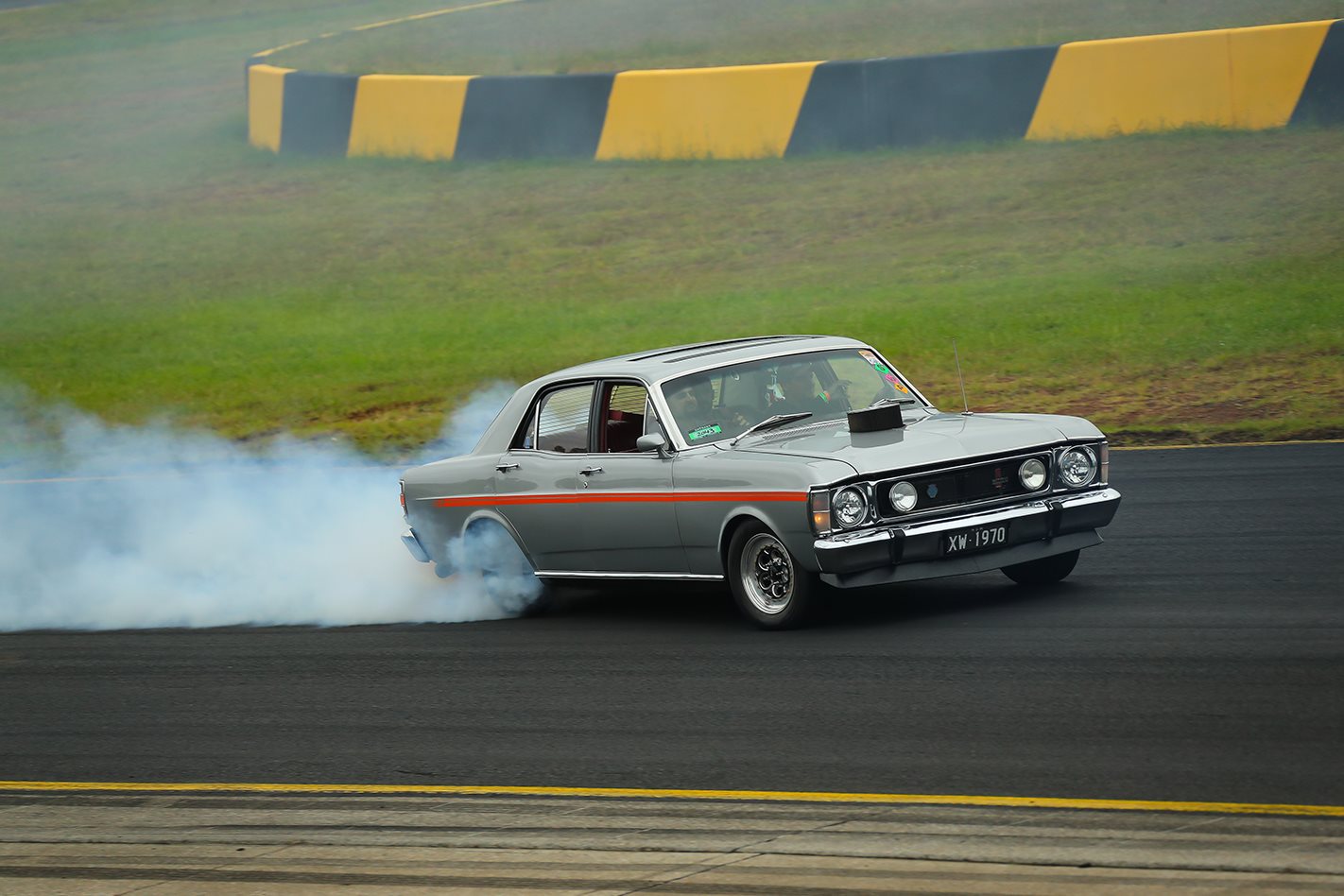 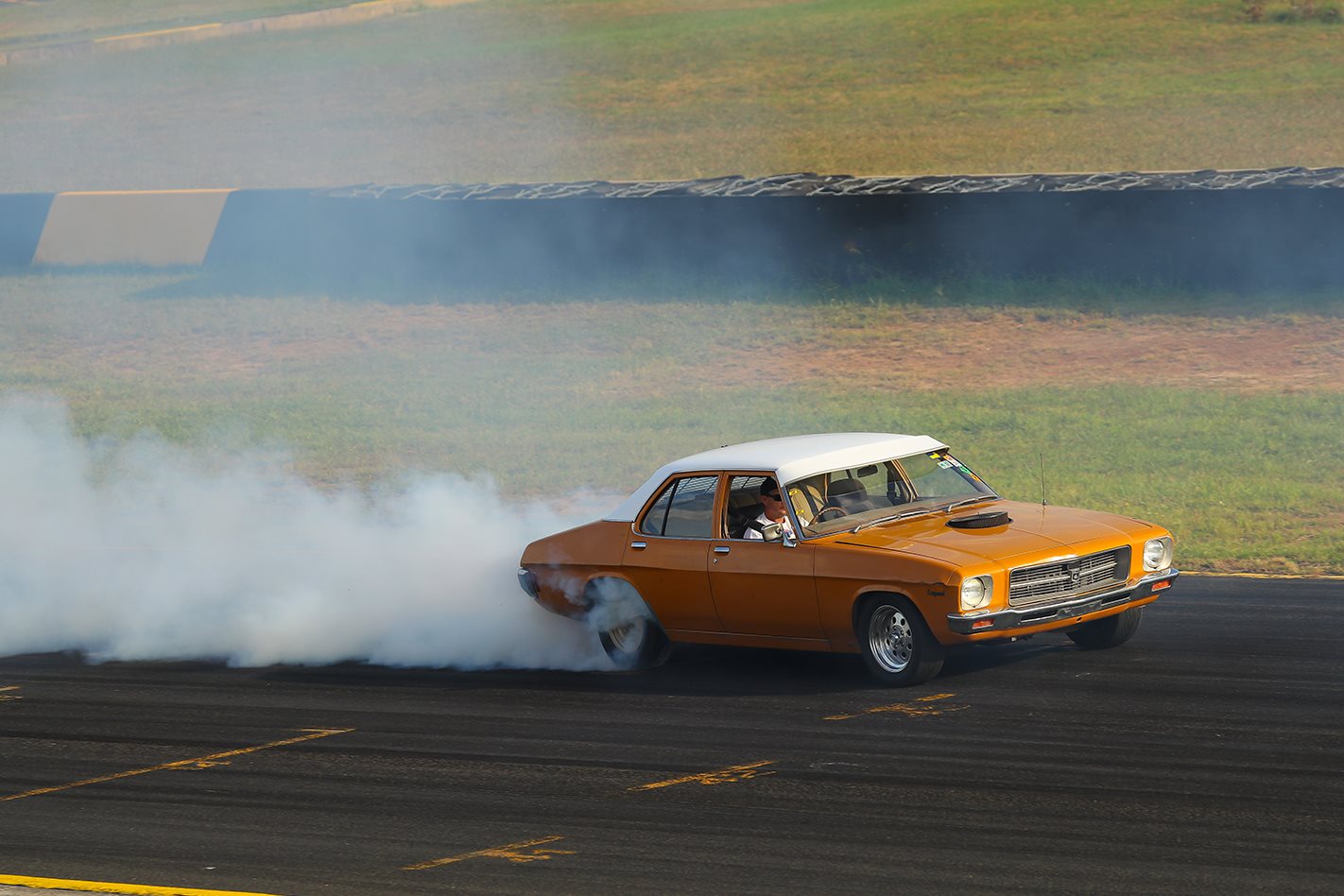 19. It might not look like much, but the big-cube small-block Chev in Ged Muller’s HQ offers up plenty of grunt. 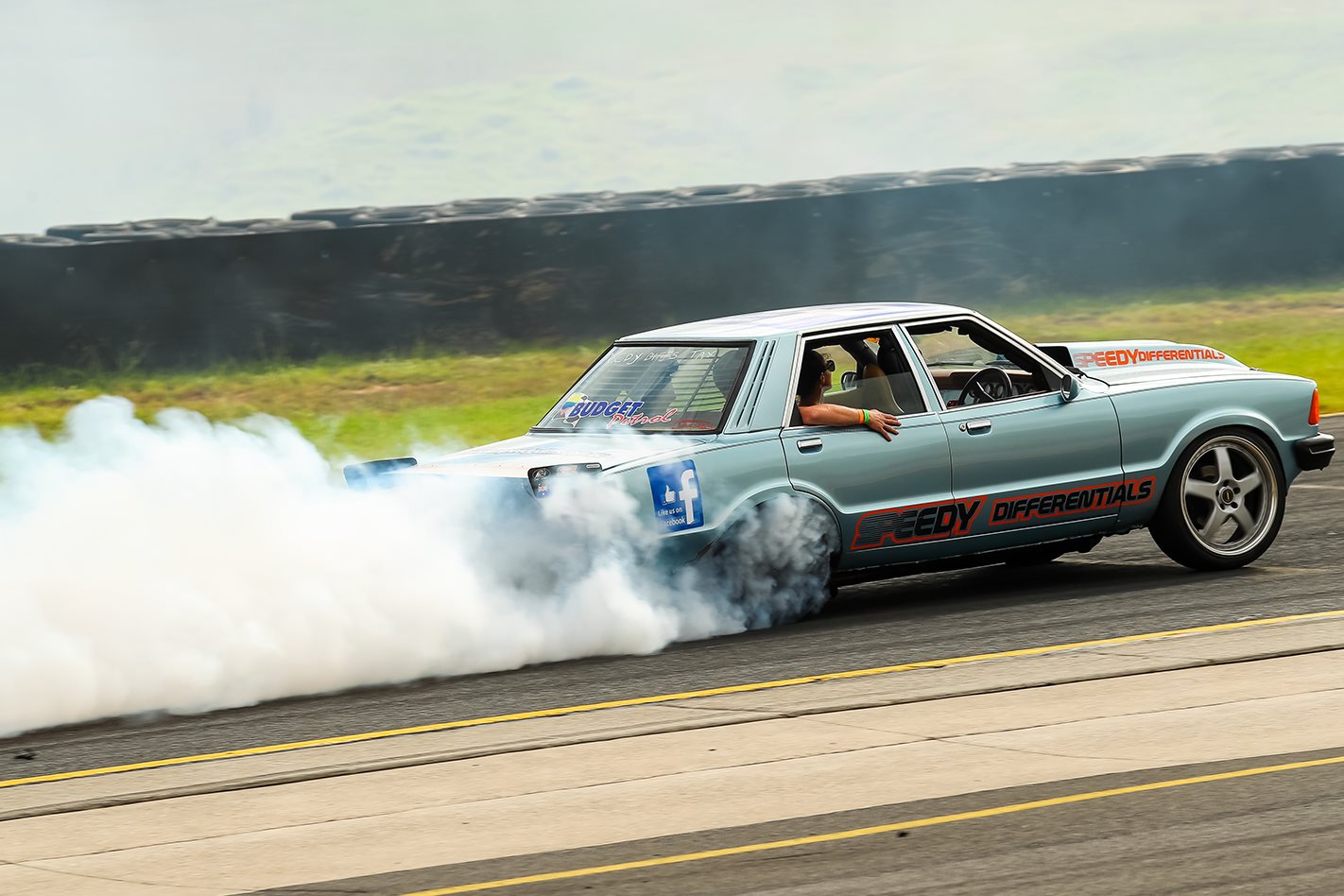 20. The Speedy Differentials crew had a massive presence at Powercruise 66, and this crazy Barra-powered Cortina led the charge with plenty of wild powerskids. 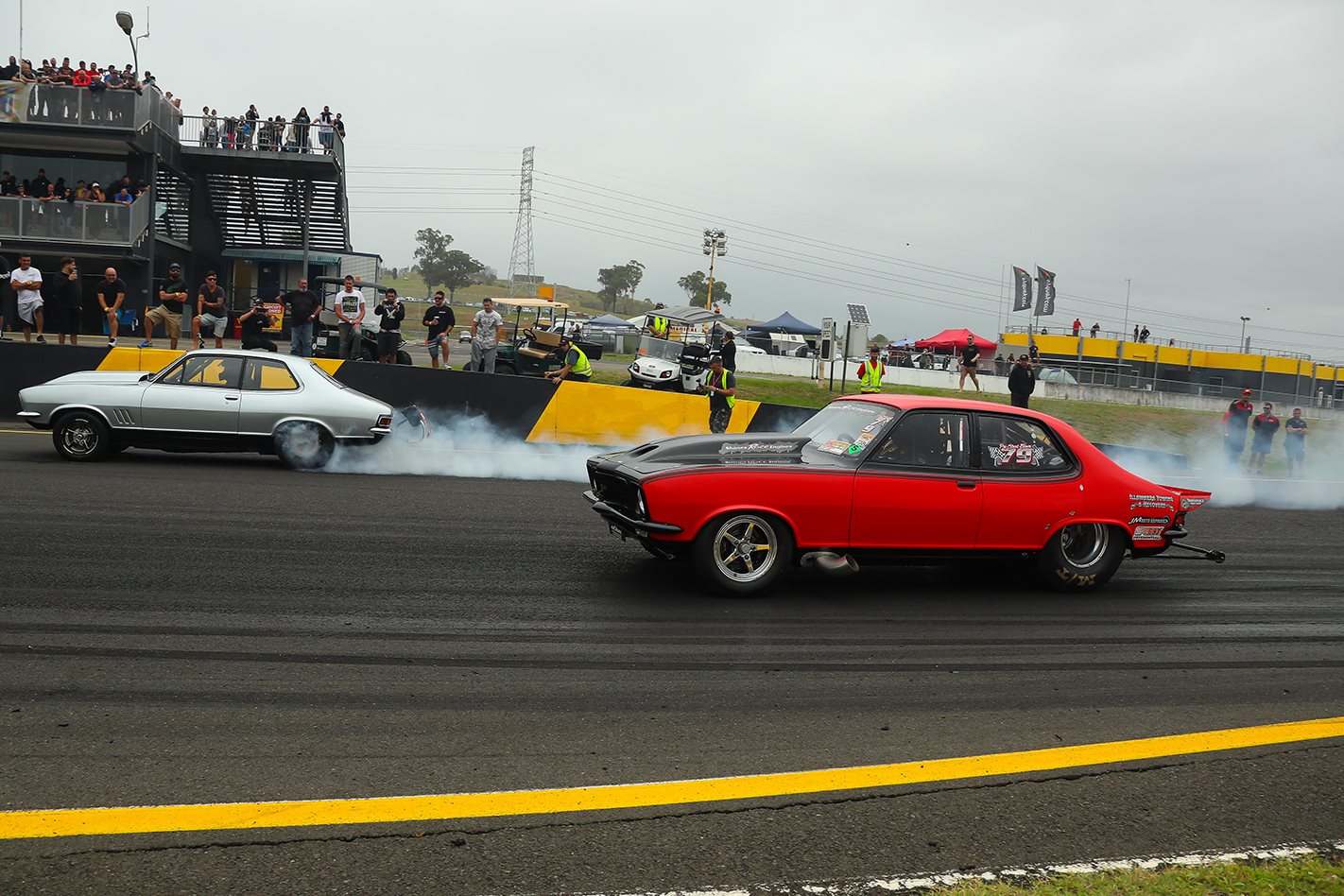 21. One of the closest races at Powercruise was between the LJ Toranas of Lee Murray (silver) and Tomi Raikko (red). Tomi overpowered the slippery surface and spun the tyres for most of the track, and Lee managed to edge him out by the narrowest of margins. Nail-biting stuff! 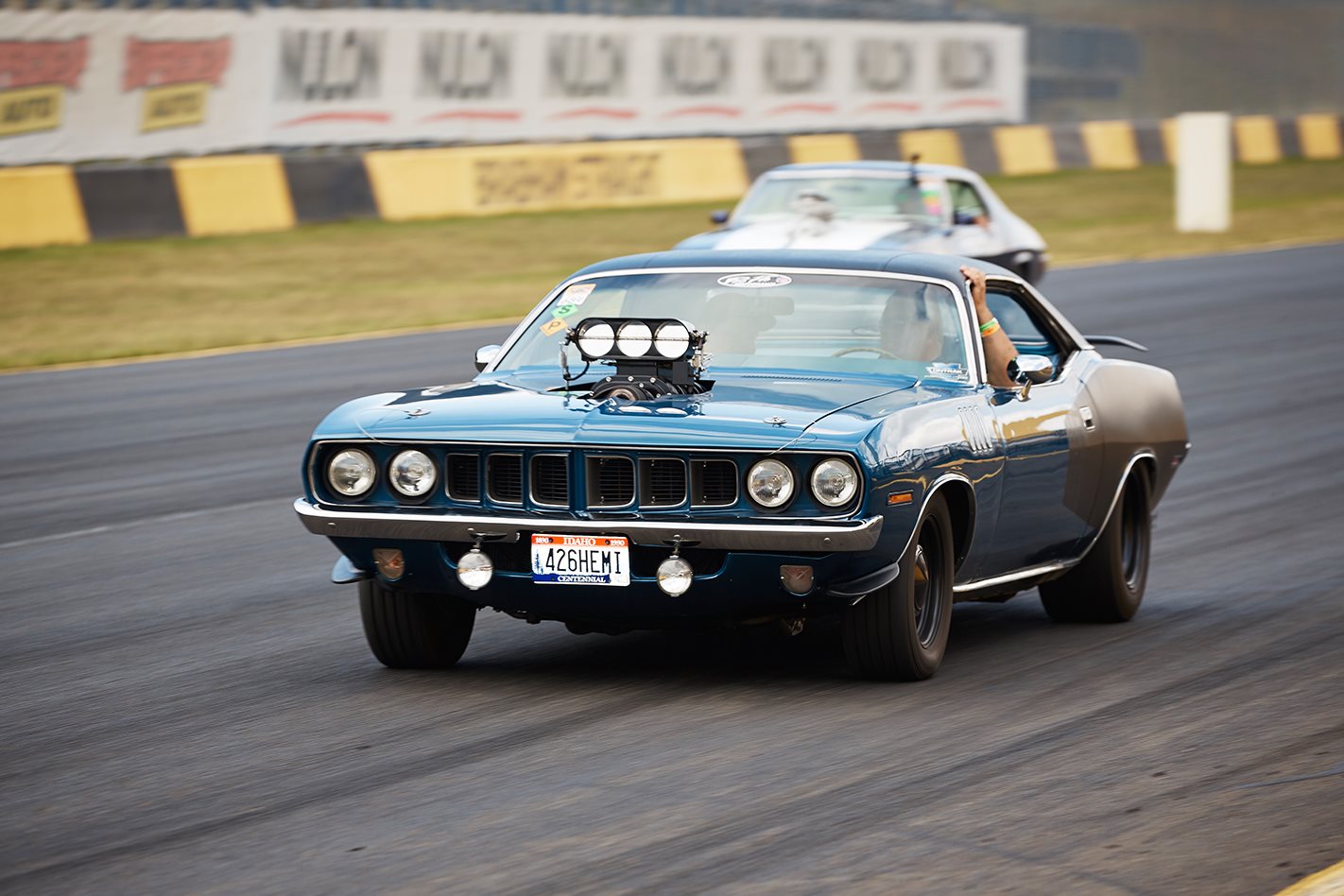 22. Darrin Stokes’s ‘Cuda never fails to make us weak at the knees. 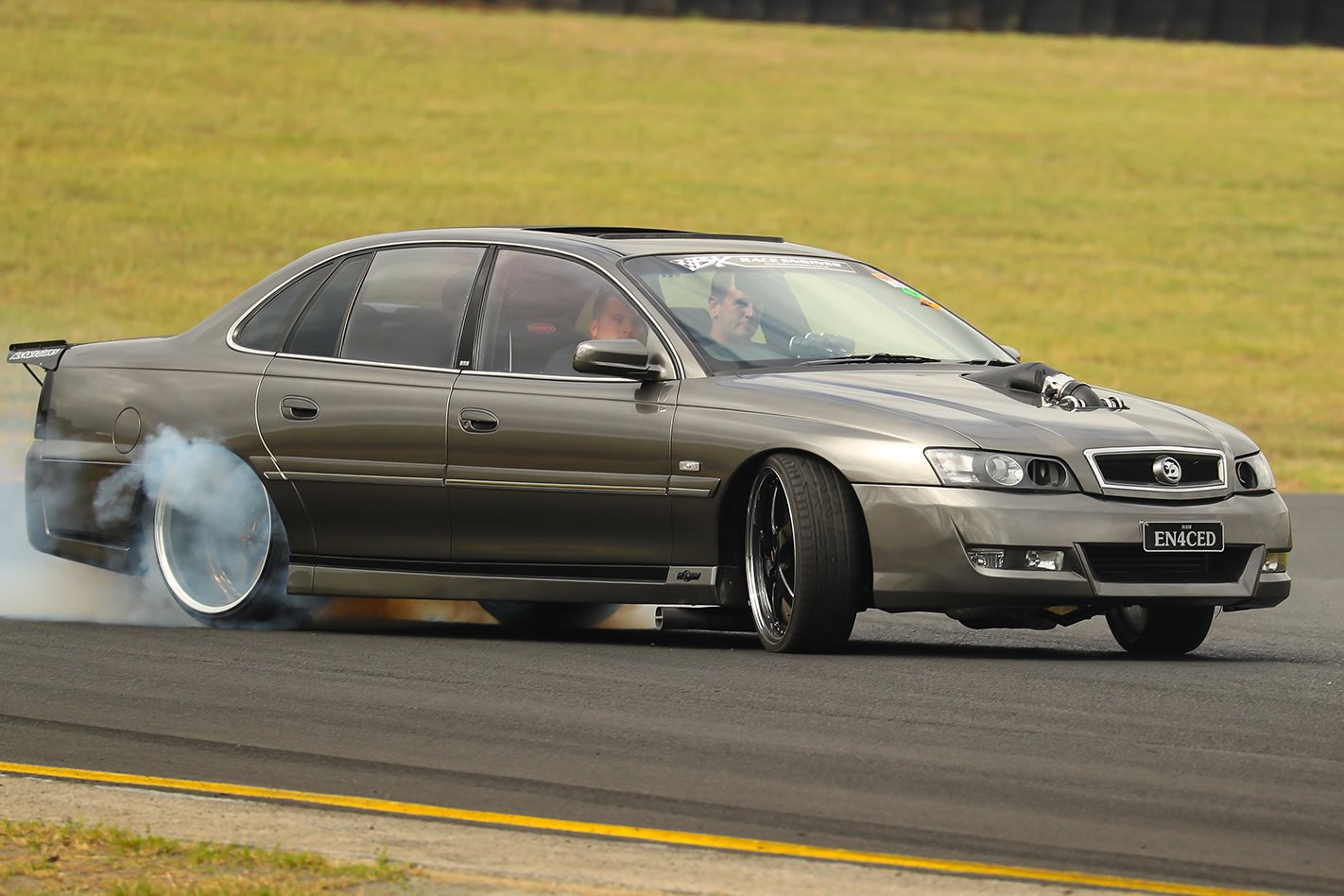 23. It was great to see Josh Calgaro in his monster HSV Grange having fun around Sydney Motorsport Park. 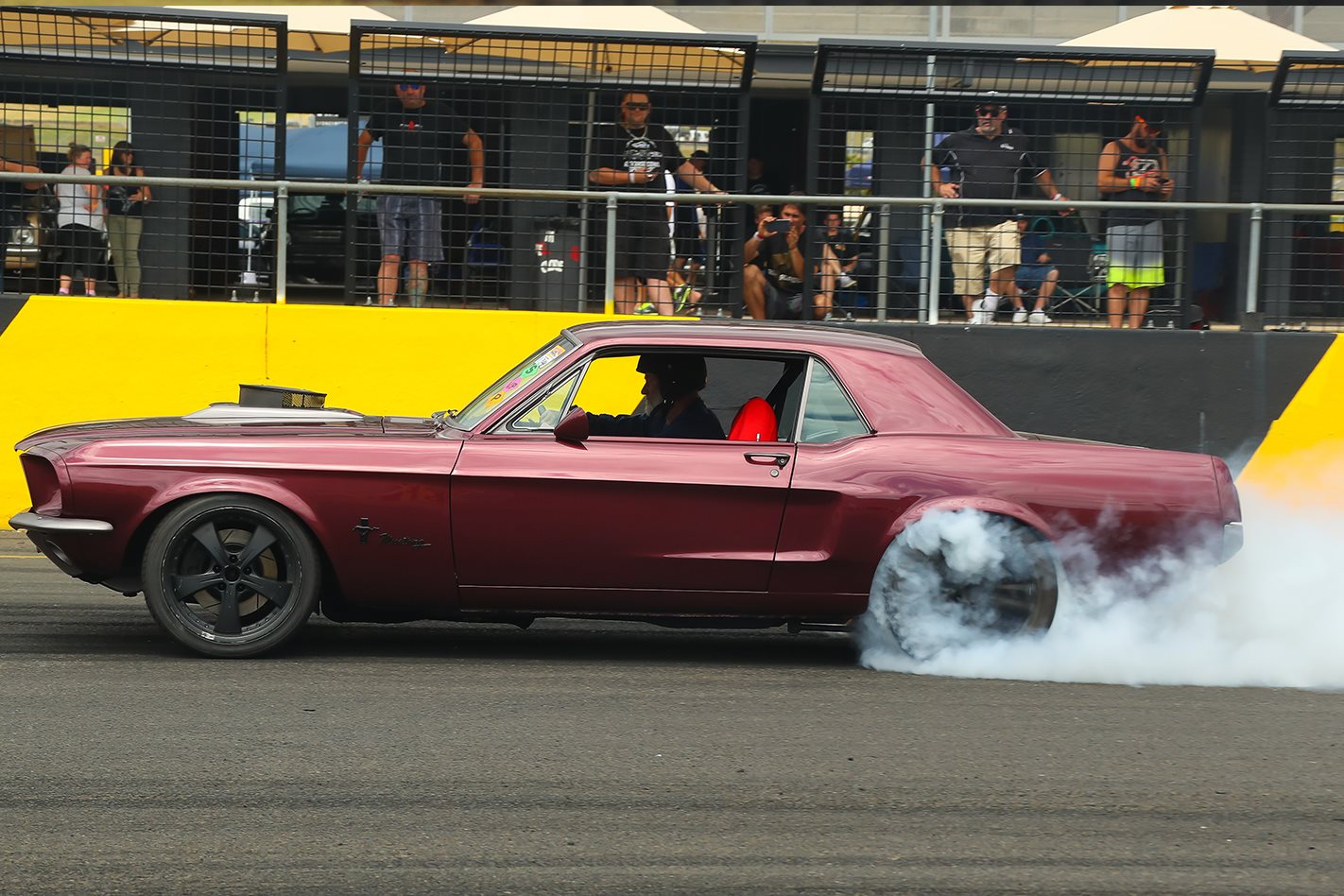 24. Every time we see Adrian Morton, he is absolutely punishing his ’68 Mustang! He has even won Top Street Overall at Street Machine Summernats 30. 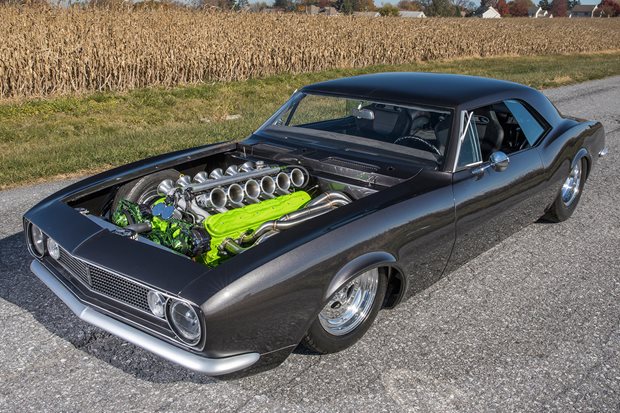 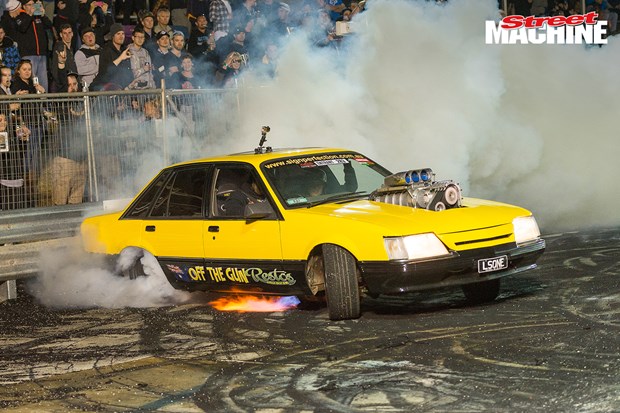 Want to be in the Red Centre Nats Burnout Masters? These are the events you need to win! 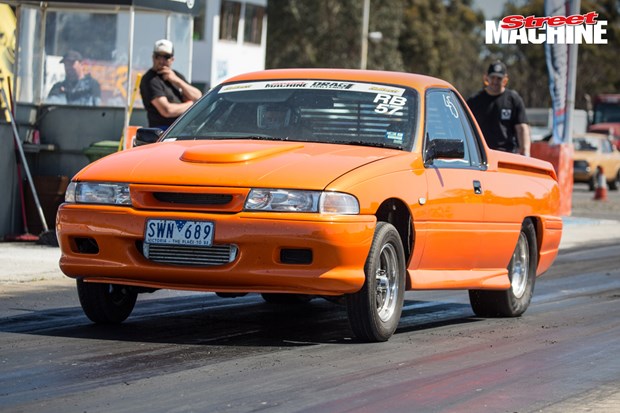 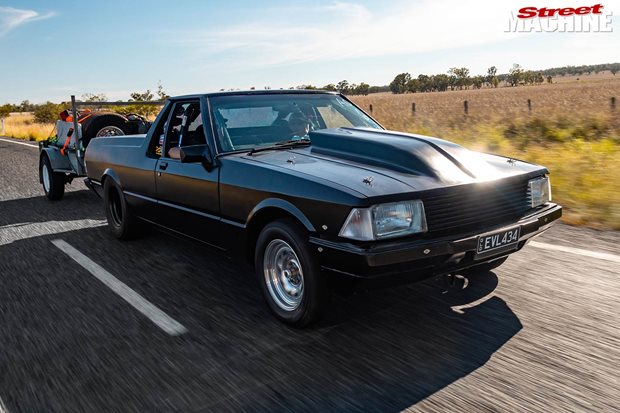