HOT rods took over Brisbane last weekend for the Queensland Hot Rod Show at the city’s convention centre. This year was the second running of the event at its new home of Southbank since moving from the RNA Showgrounds and the 46th year overall. Around 130 rods, bikes and customs filled the hall this year, with some of the hottest rides in the country making the trek to Queensland. From traditional flat powered hot rods to state of the art street elite marvels boasting donks that rival your house mortgage, there was literally something for all. Even the crotch rocket racer crowd was well catered for a sprinkling of bikes. There were even live air brush painting demonstrations! Further street cred for the Queensland show is its affiliation with Motoractive and the chance to score a Meguiar's Superstars finalist gong, and an invite to MotorEx. This year four worthy entrants were gleaned by Owen Webb to step up to the next level. 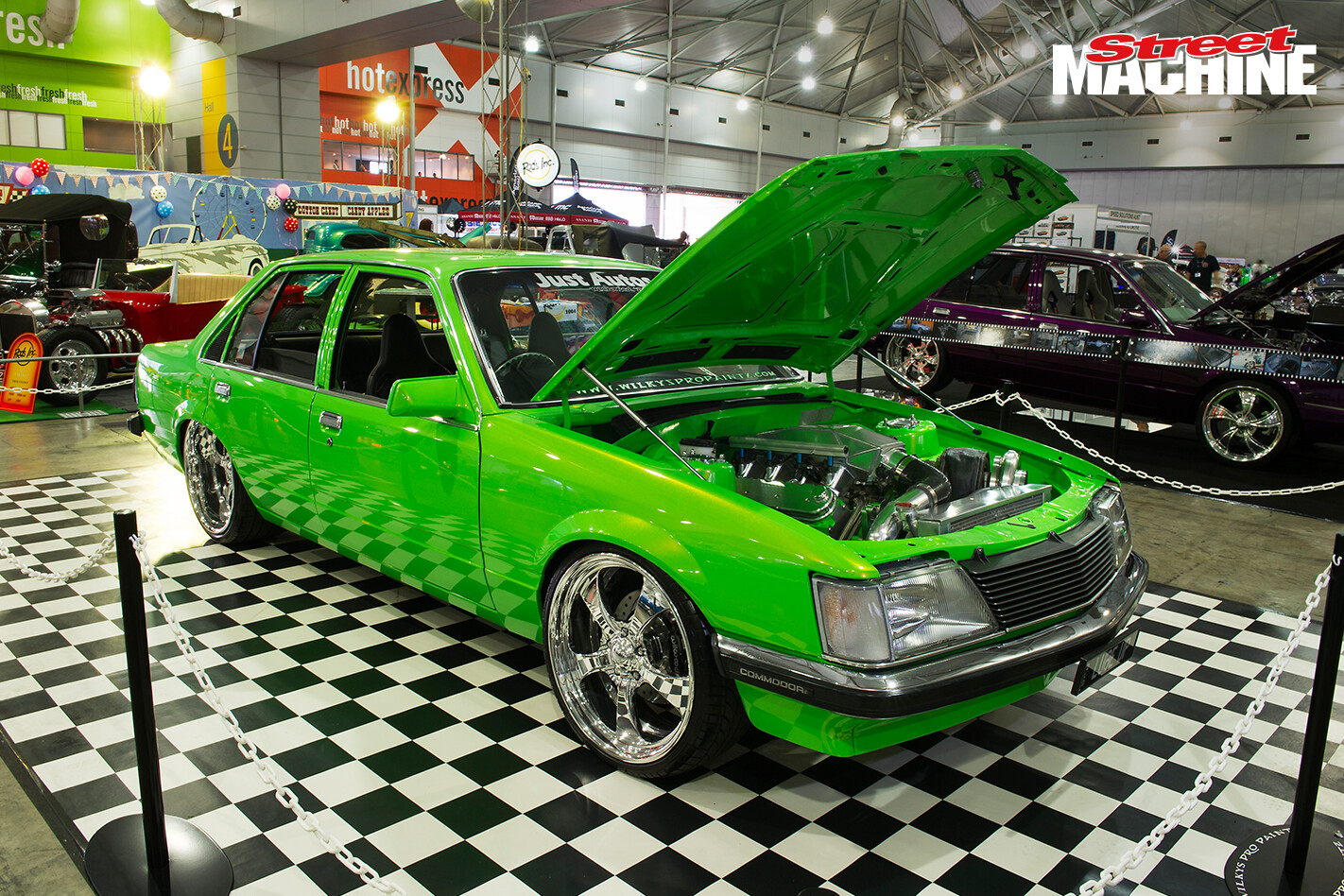 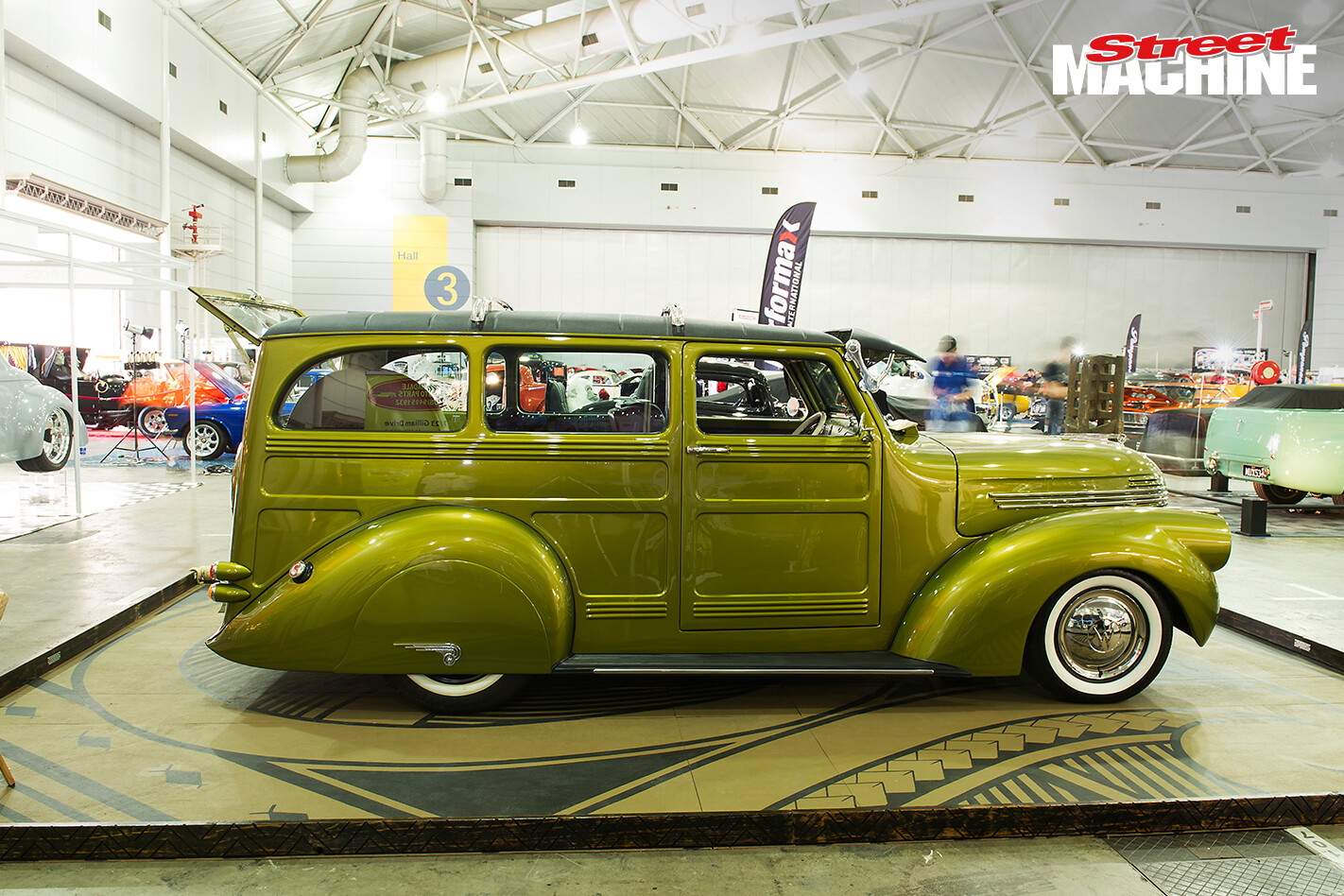 One car that commanded attention was this Polynesian surf wagon called Swell. Pieced together by Gavin Starr-Thomas, the unusual ride combines a 1962 Willys Jeep station wagon that’s been chopped 9 inches and mated to modified ’37 Willys front sheet metal. It’s powered by a LM7 5.3 Litre Chevy backed by a 4L60E Trans and 9-inch diff. 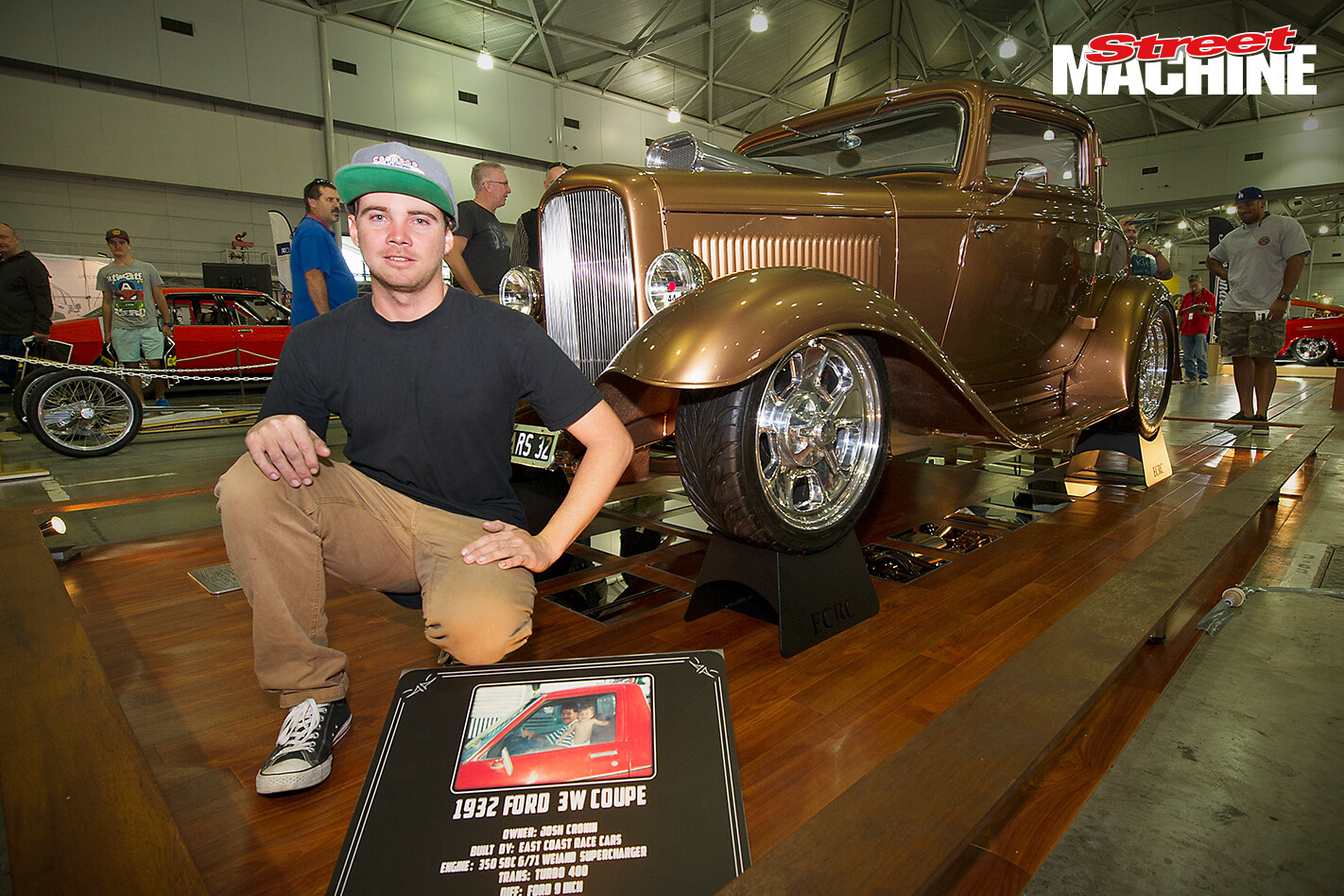 For young Josh Cronin and family it was more than just a bittersweet moment, unveiling his just finished ’32 Coupe that he started with his dad Paul in 2013. Sadly Paul passed away during the build and Josh completed the C&W bodied deuce with the talent of East Coast Race Cars and a host of friends.  The legacy coupe earned a well-deserved 2nd in class, Top 10 and a Meguiars Finalist. Jon and Cherilyn Kendall were super excited to be part of the unveil ceremony with their 1977 LX SS Hatch Torana. Jon started with a matching numbers SS complete with Brock prepped engine and Royal Plum paint, and transformed it into the stunning version on display. This HT Monaro built by Autoleaders in Maroochydore and owned by Joel Lane features a Dart little M block stuffed with all the good gear, Powerglide and sheet metal 9” along with custom IFS and killer paint scheme. 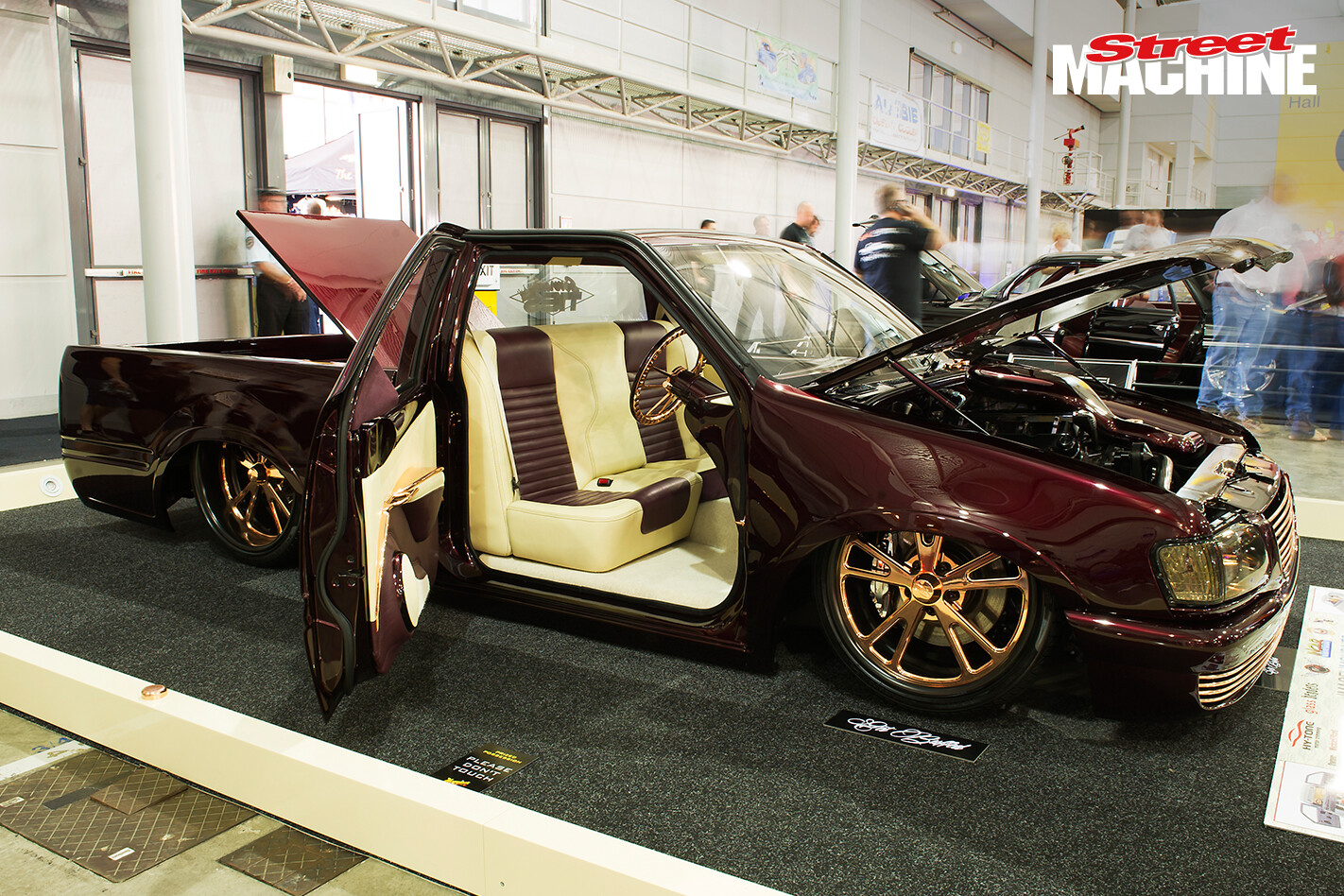 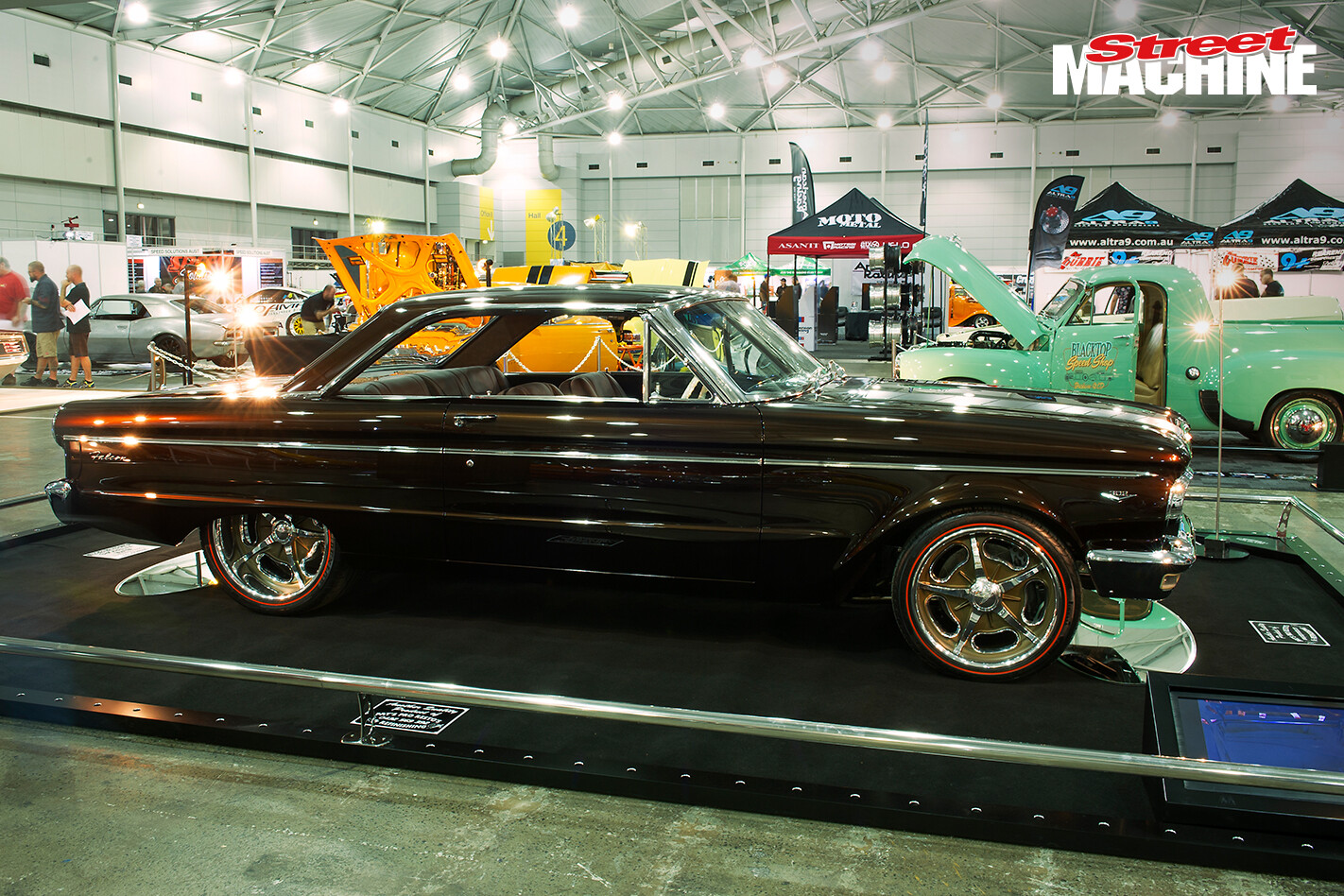 Another fresh face to the street elite scene is Jason Cooke’s ’66 XP Falcon coupe expertly built from the ground up by Pat’s Pro Resto’s. It’s finished in HOK Rootbeer Candy with Schott Accelerator rims and Kangaroo hide from Elite interiors. Owned by Gary and Di Ullmann RATN8R was built by Ullmann Engineering as a tribute to Gary’s grandfather from a 1942 Chevy truck. Build brief was to construct a hot rod from left over parts and do it all themselves. 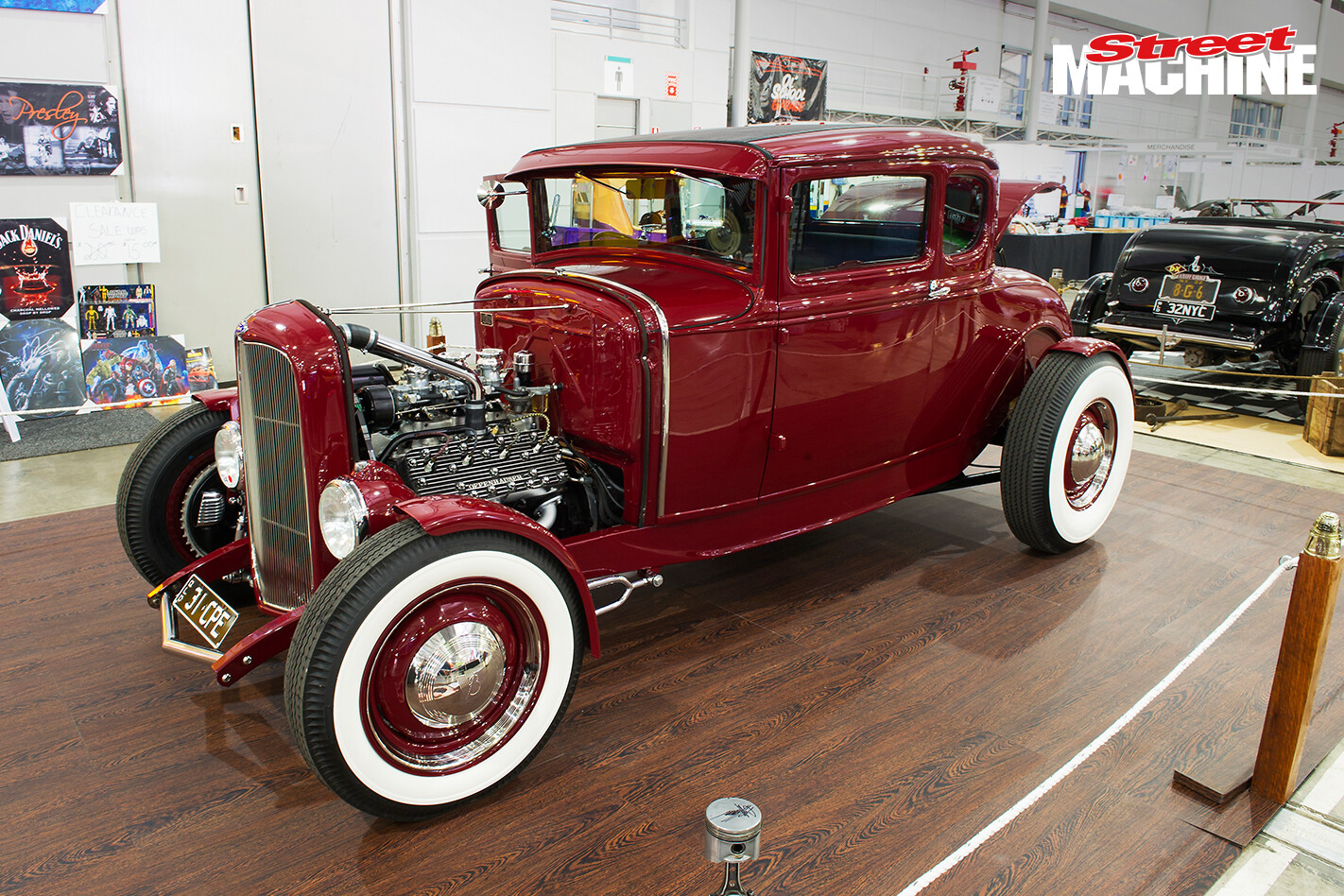 Paul McMullin literally finished his all steel ’31 Ford just hours before hauling it to show in Sydney and then back for the Queensland Hot Rod show. Finished in PPG Claret, the genuine 5 window coupe is a time capsule of nostalgia rodding sporting a 59A flathead, triple 97s and 1940 banjo diff 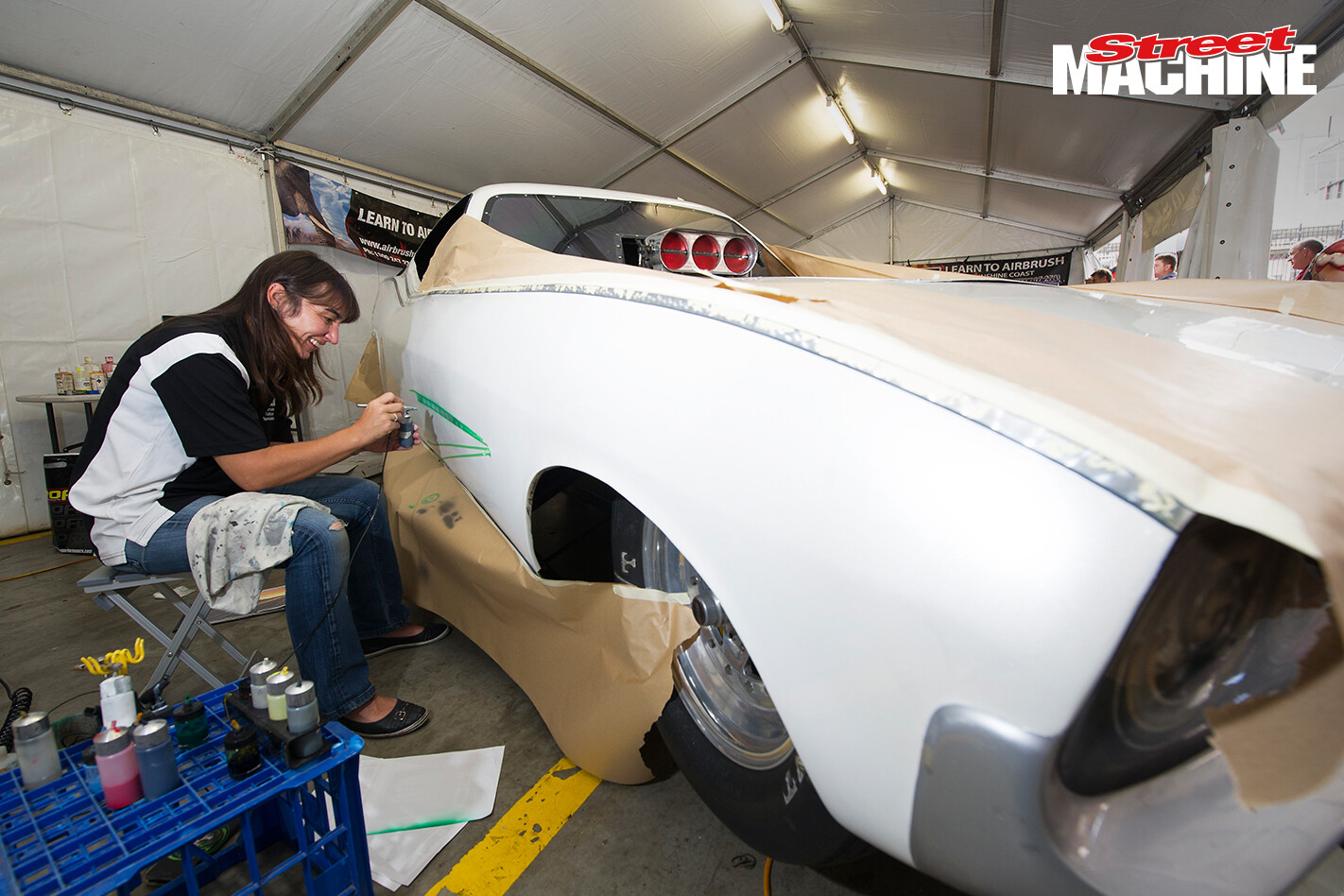 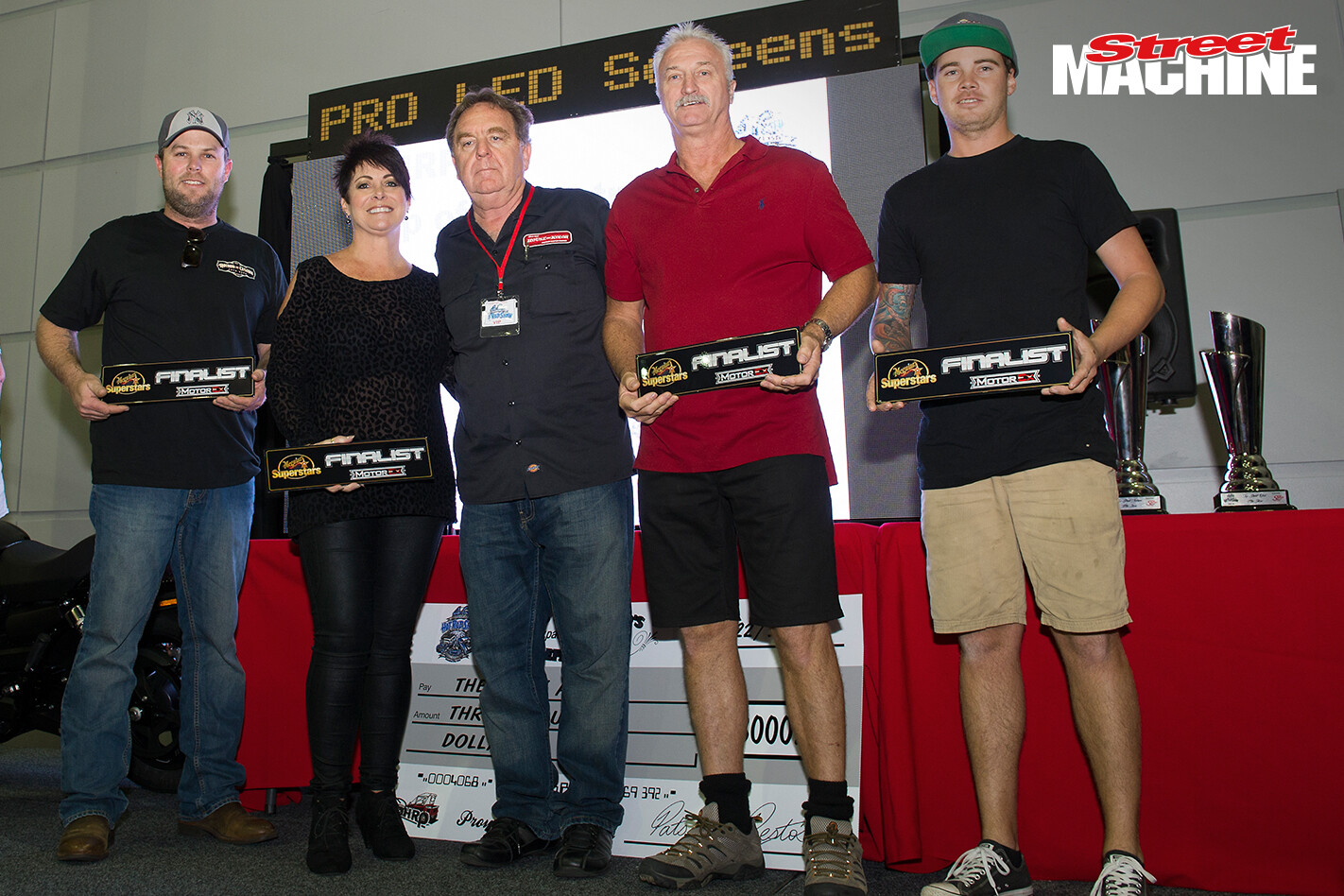 Steve Hopes with top honours for Street Machine with his 1968 Chevy Camaro “Sinister”.