RED CentreNATS 5 is run and won for 2019, with the chase for Grand Champion offering plenty of fun, action and controversy along the way. Defending champion Troy David put his PRIMED FJ Holden ute through some punishment, including taking on the eight-second index at the Heavy Hitter drag comp. Although the FJ pulled a personal best of 7.90, Troy broke out of his eight-second index, rendering the result moot. Worse still, PRIMED’s intake manifold parting ways with the top of the engine, put the reigning champ out of the running. He did, however, take out the dyno comp with a stomping 1922hp at the hubs! 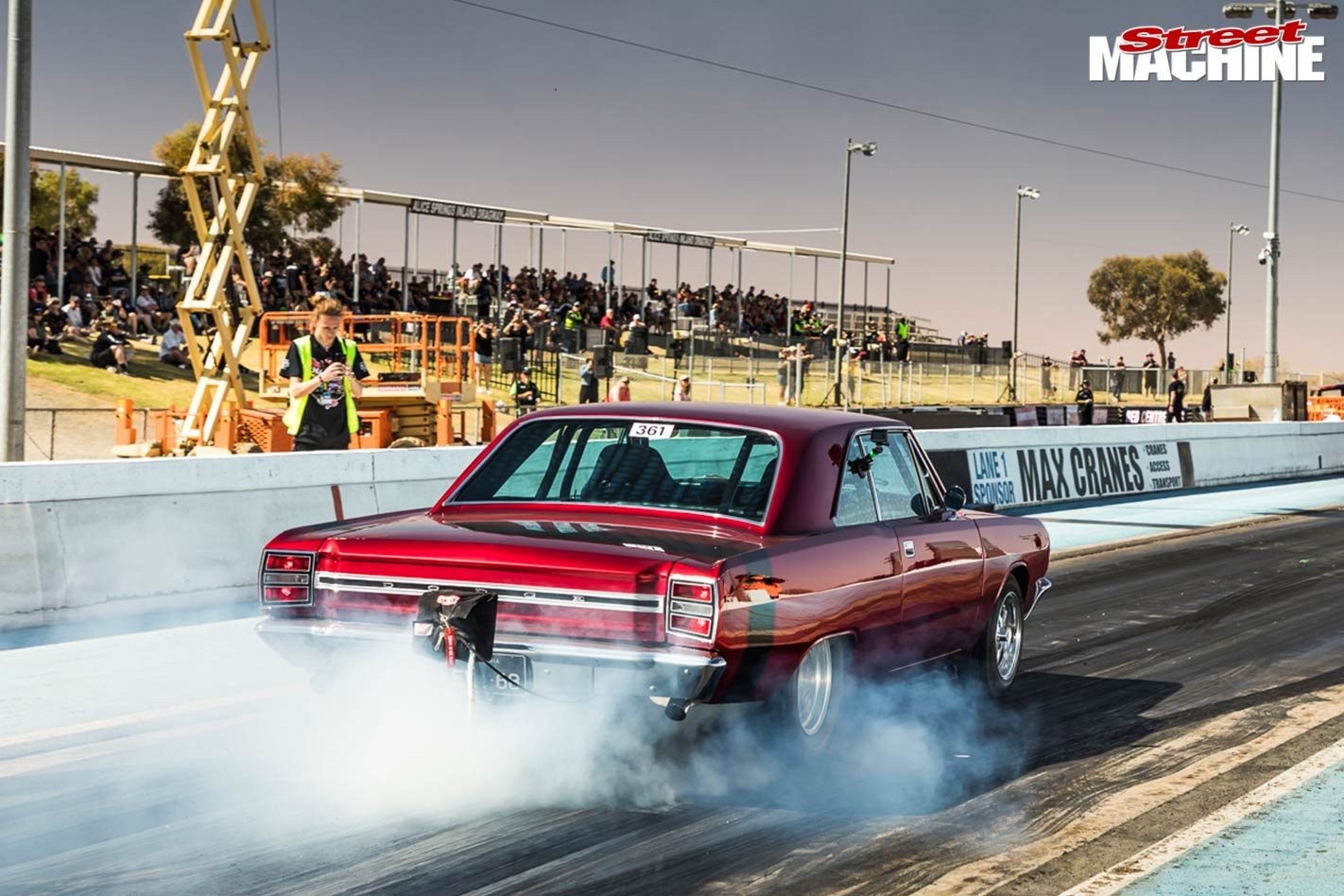 But it was Victoria’s industrial town of Portland that was most strongly represented in the chase for Grand Champion, with a trio of stout machines making their way to Alice Springs. Brent Murray and his EVL68 Dart/Valiant coupe eventually took the honours, but not without drama. 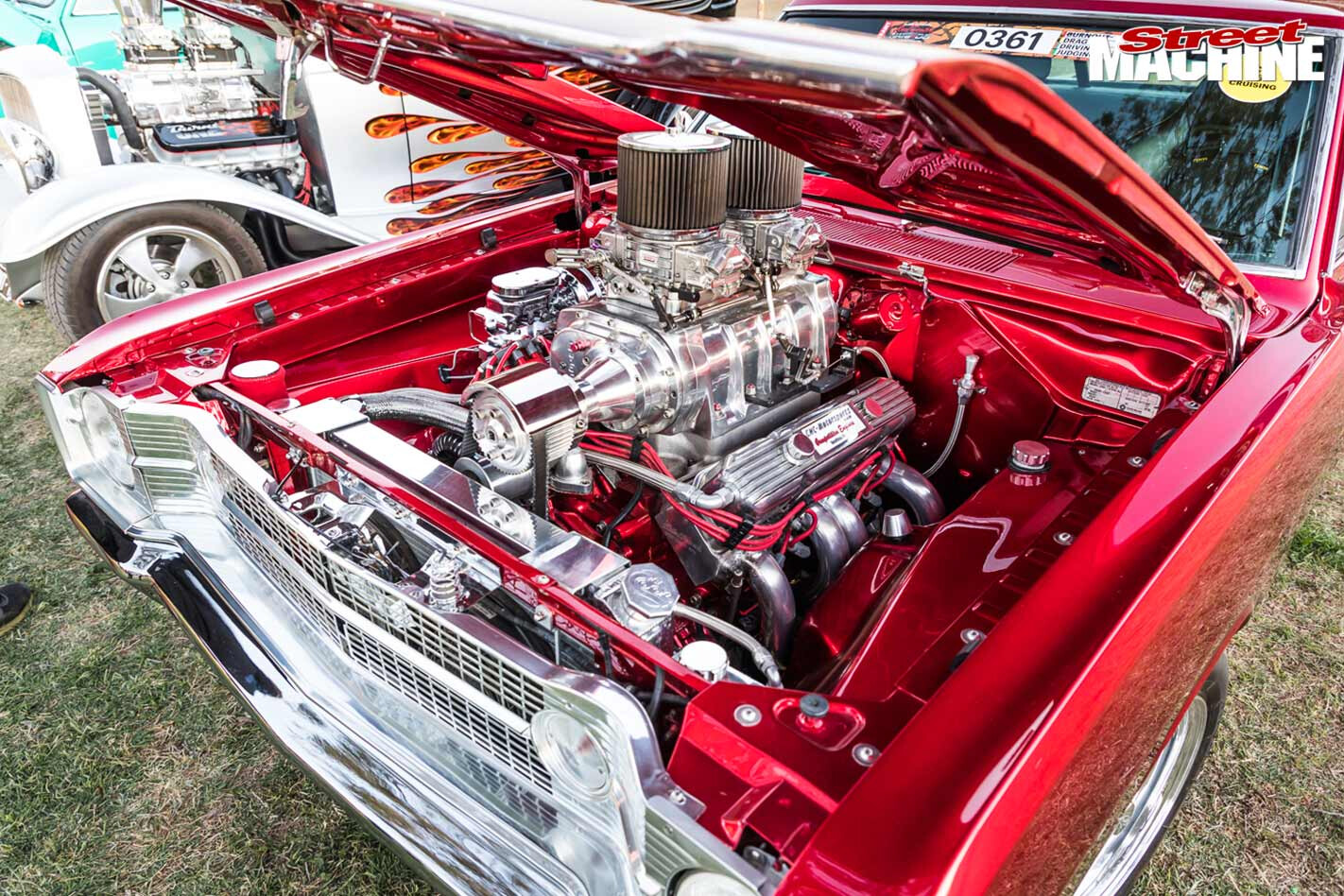 At Alice Springs Inland Dragway, Brent dropped a tyre-warming burnout that saw the majority of the blower belt strip off the pulleys. “I saw belts flying through the bonnet and thought: ‘Aww, we’re in trouble here!’” he said. “They asked me if I wanted to stop and I said: ‘Nope, I’m going!’ and just nailed it all the way to the end of the strip.” Brent’s tenacity and dedication saw EVL68 put in a searing 10.20-second quarter, and it’s that same attitude that resulted in a brilliant showing at the motorkhana. With the big Val unfamiliar with such events, Brent’s wife Tiffany had her heart in her mouth: “I saw it get a wheel up and I thought: ‘Oh shit!’” she laughed during the post-preso celebrations. Stepping off the stage with the monstrous Red CentreNATS 5 Grand Champion trophy in hand, Brent’s elation was palpable. “The car’s been amazing all weekend. The inch of blower belt held on and the alternator belt is gone, but we did it. To win this, it’s just incredible,” he said, exhaustion evident.

“I just need to give a shout-out to the Portland boys, Benny Phillips, Brett Parkes and my wife Tiffany, as well as my lads Cale and Coen,” Brent added. Not only did they all help to get EVL68 to where it is, but Benny and Brett did so while prepping their own cars for a crack at the Grand Champion gong. A win for Brent is a win for Portland, with all involved promising to celebrate deep into the warm Sunday evening. Before we let Brent go for a well-deserved beverage, he did express the one drawback of lifting the coveted Grand Champion trophy above his head for endless pics and vids. “It’s a heavy bastard,” he laughed. “It’s made of bloody stone!”