ONCE the sun went down on the Red CentreNATS and the temperature dropped like a stone, the Heavy Hitter drag racers came out to play at the Alice Spring Inland Dragway

Rather than a dial-in, the racing was set up index-style with trophies and cash handed to those fastest on the track without breaking into the next category. 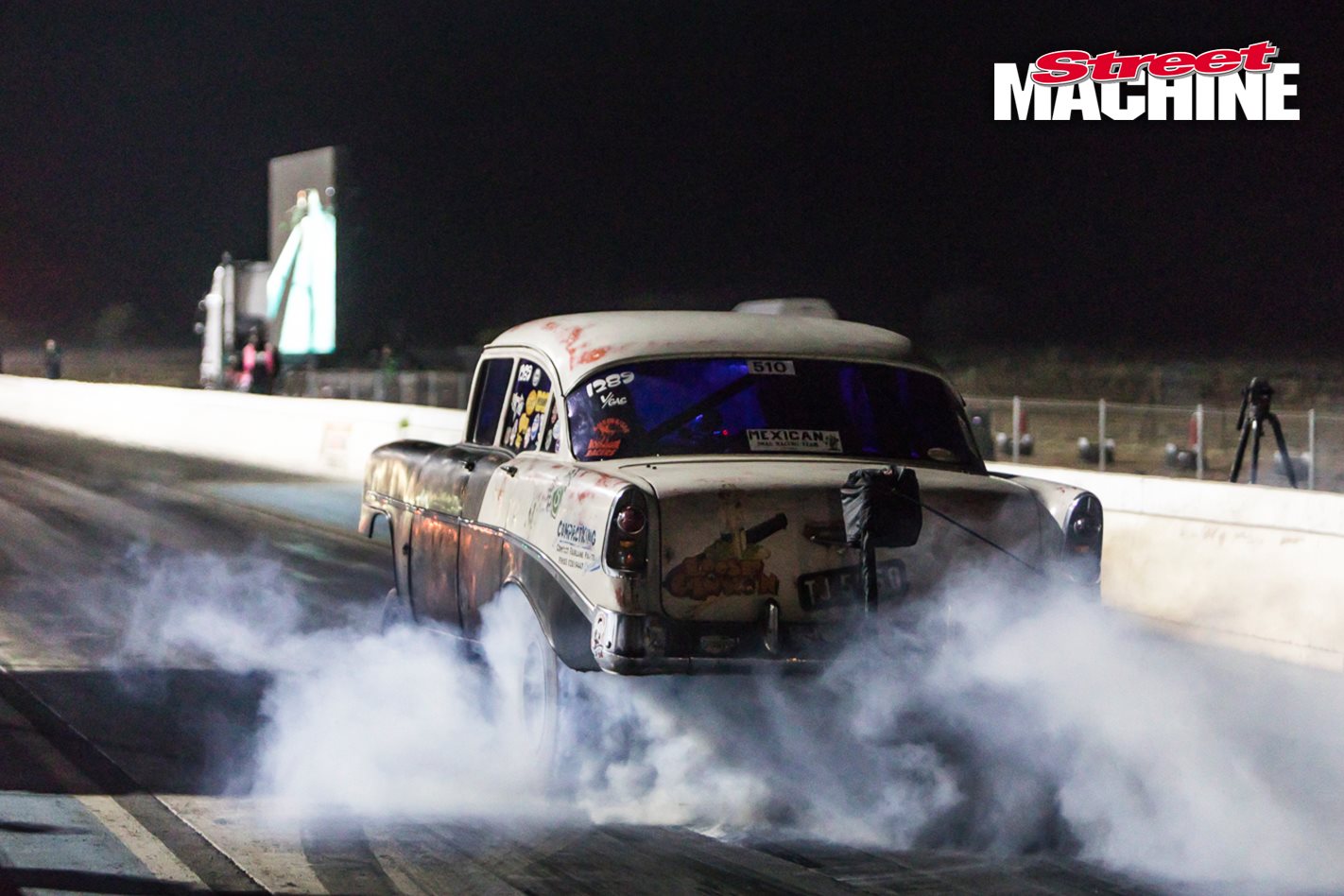 And with $15K in prize money, racers came from far and wide for a taste of the action. This is the first time the drags has been a Saturday night feature at Red CentreNATS and it was a massive success, with ASID jammed to the rafters with punters. The racers responded in kind and the night went off without a single breakage, oil-down or stoppage. 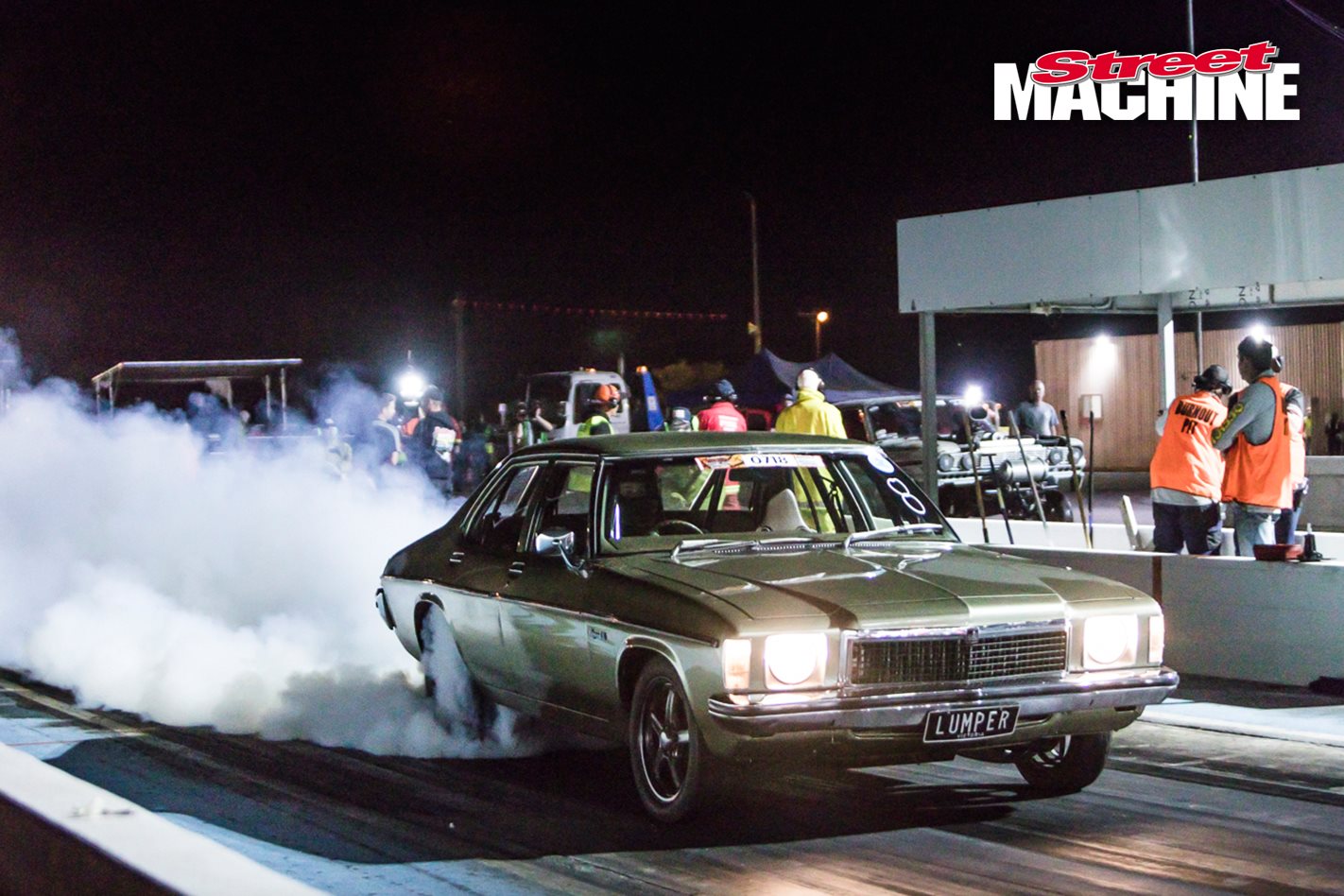 PRIMED owner and defending Nats champ Troy David suffered a bittersweet run in his FJ ute; competing in the 8-second index but breaking out with an impressive 7.90 at 171mph. His final run of the night saw the intake manifold pop, hurting the motor and damaging the bonnet from the inside out. 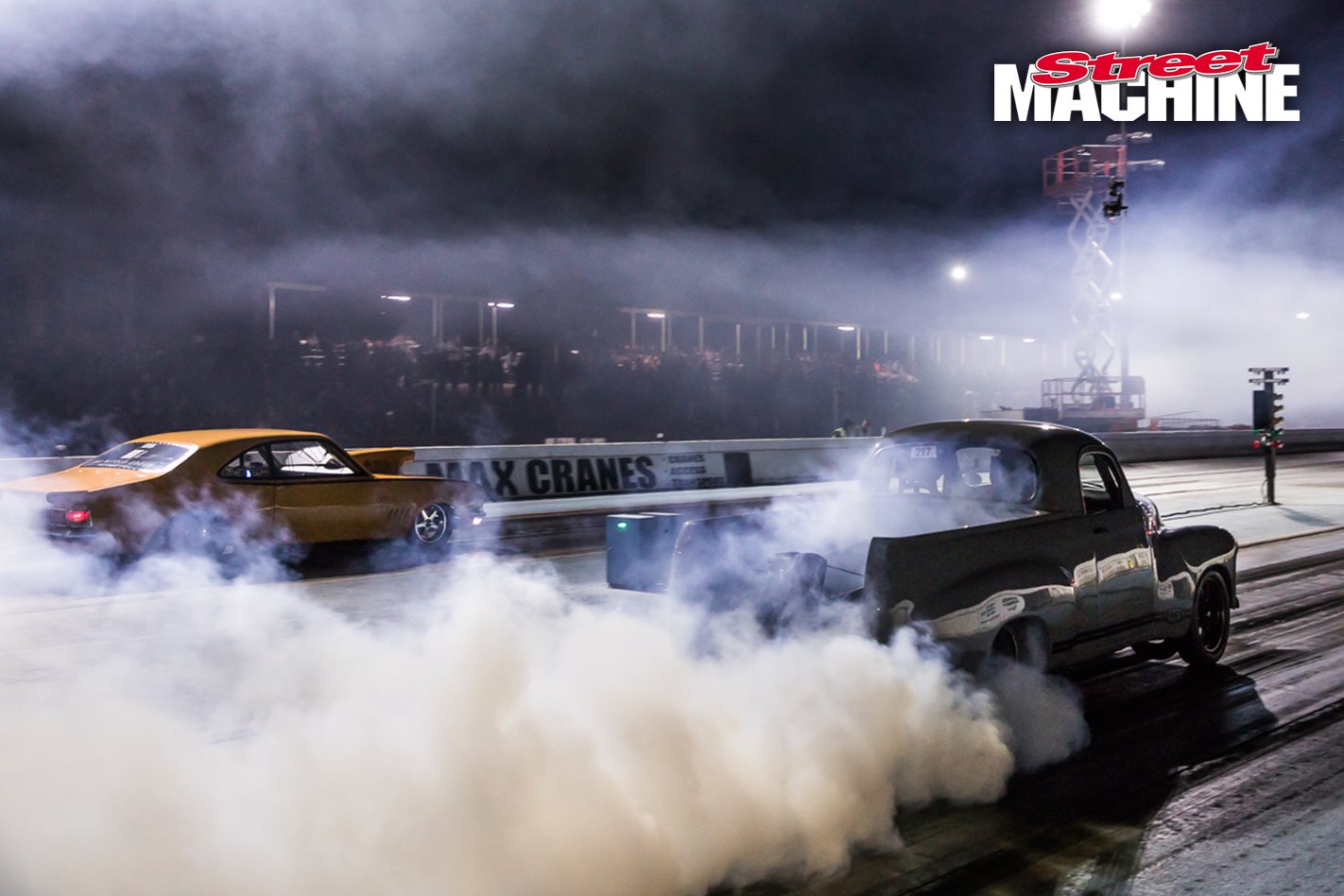 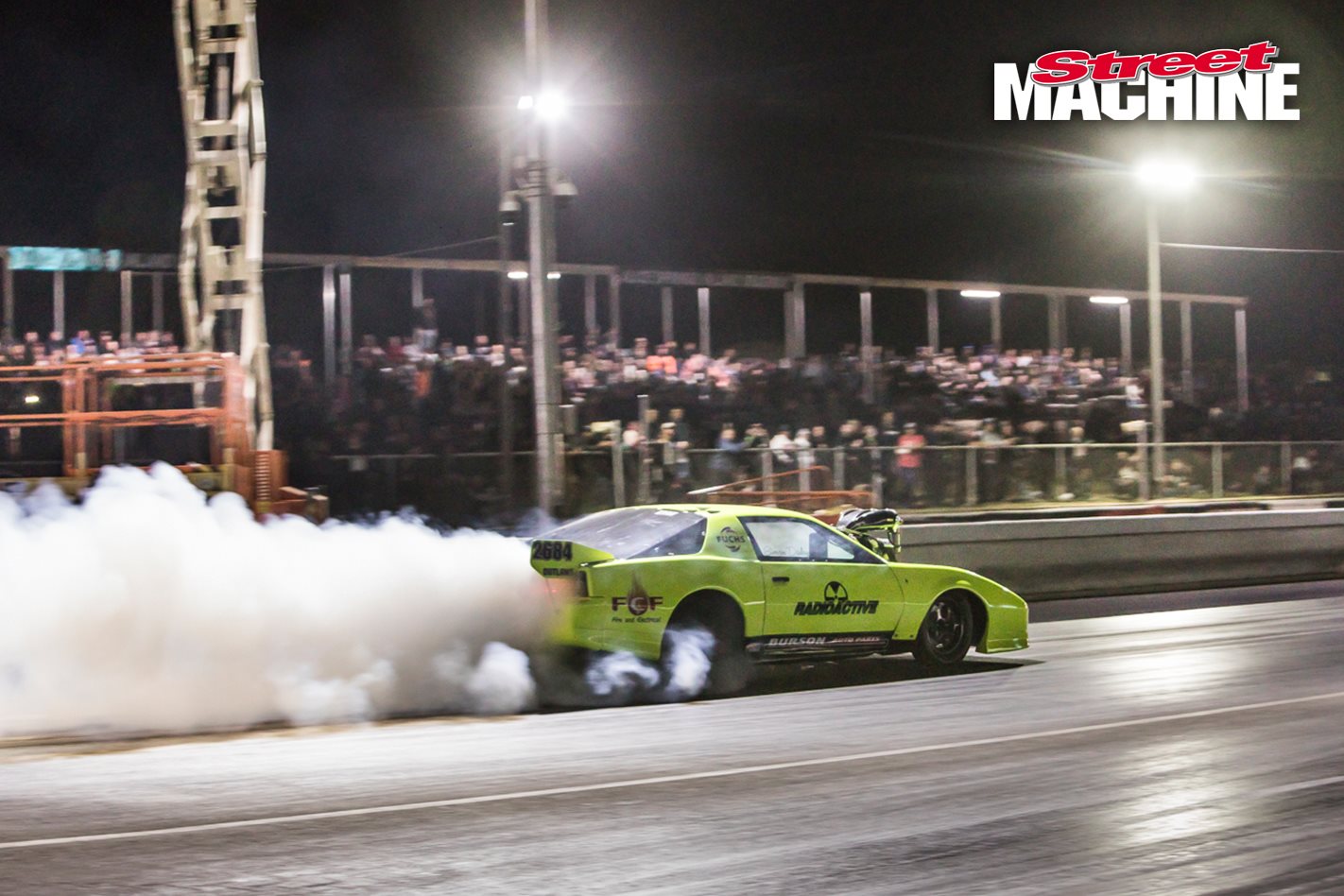 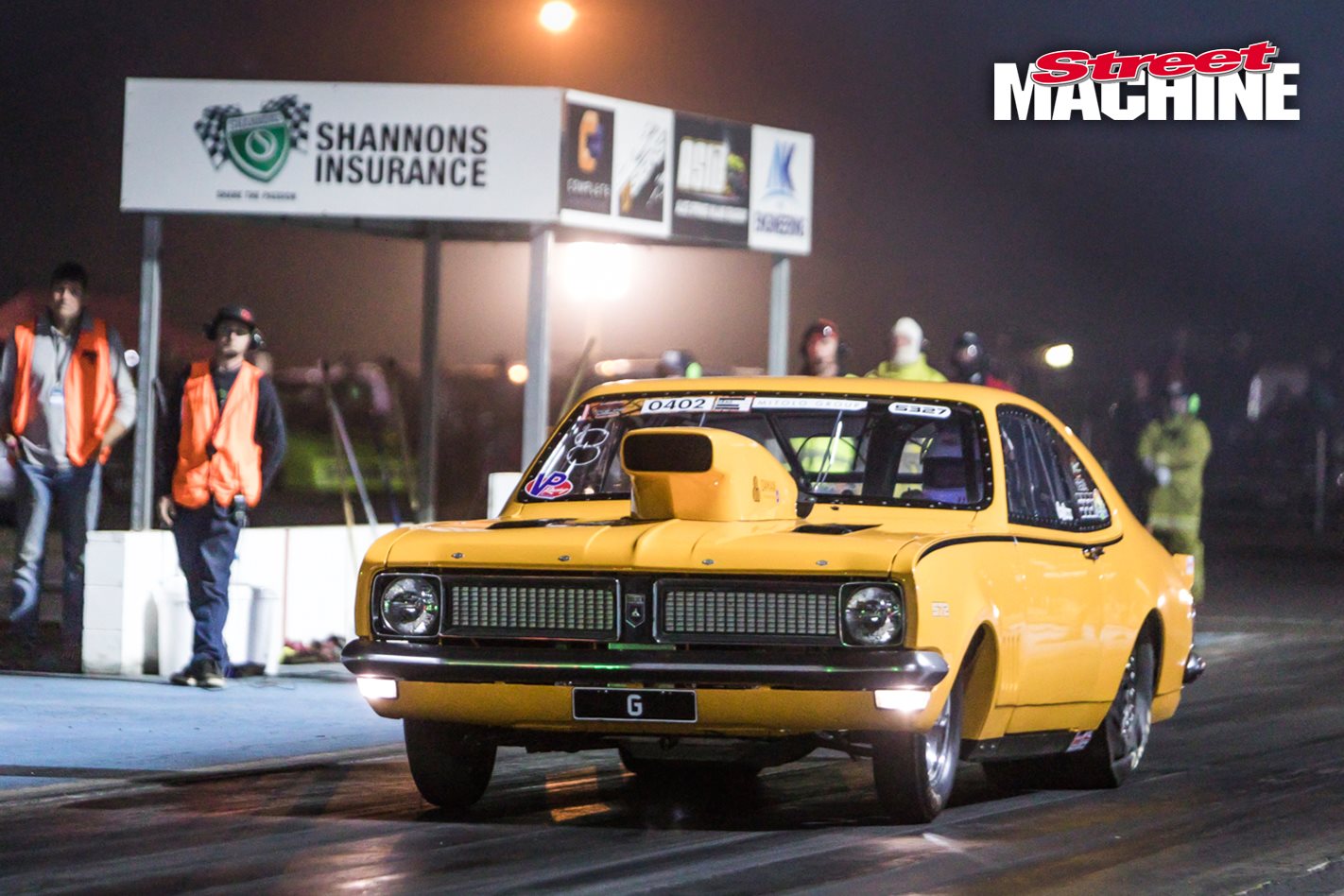 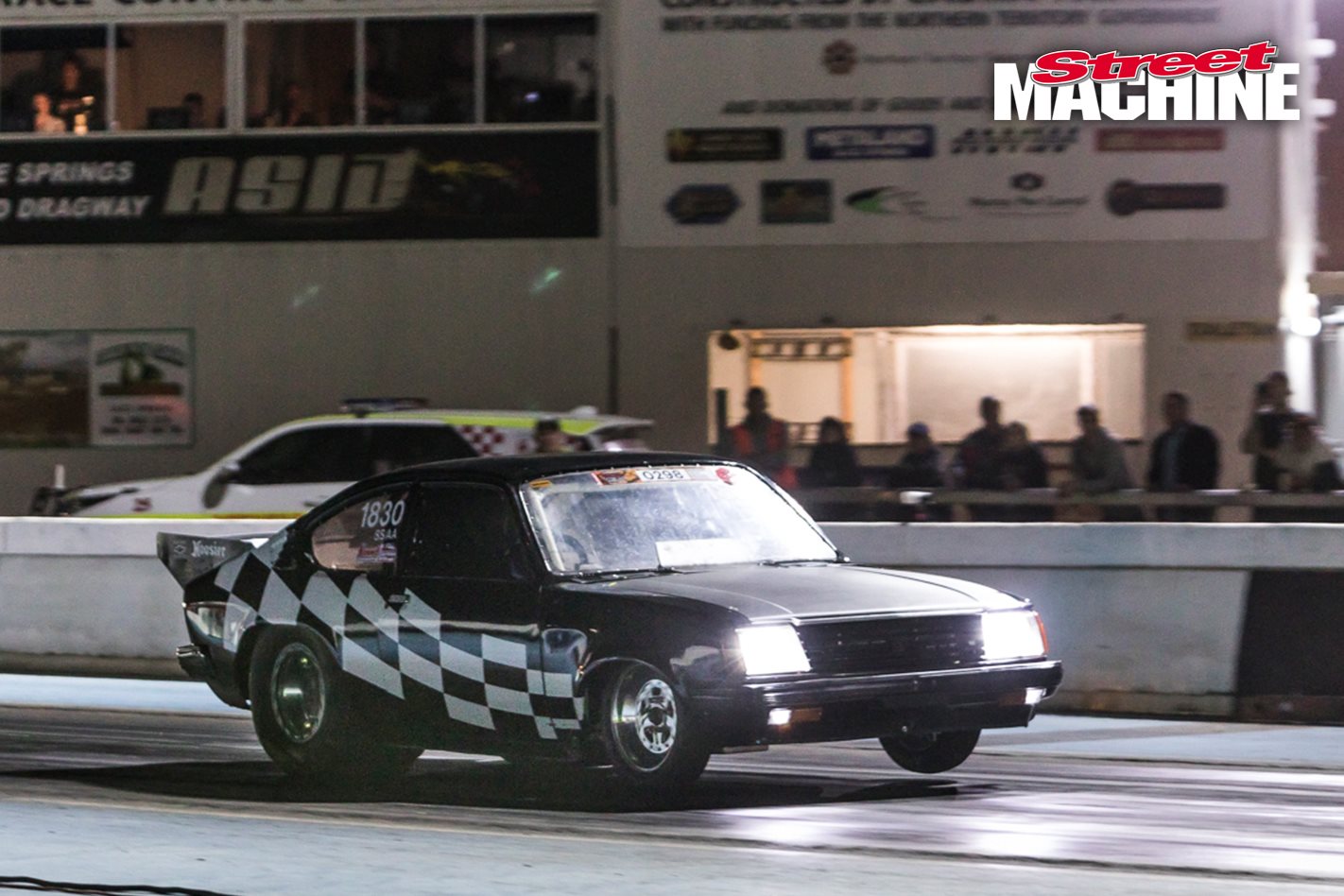 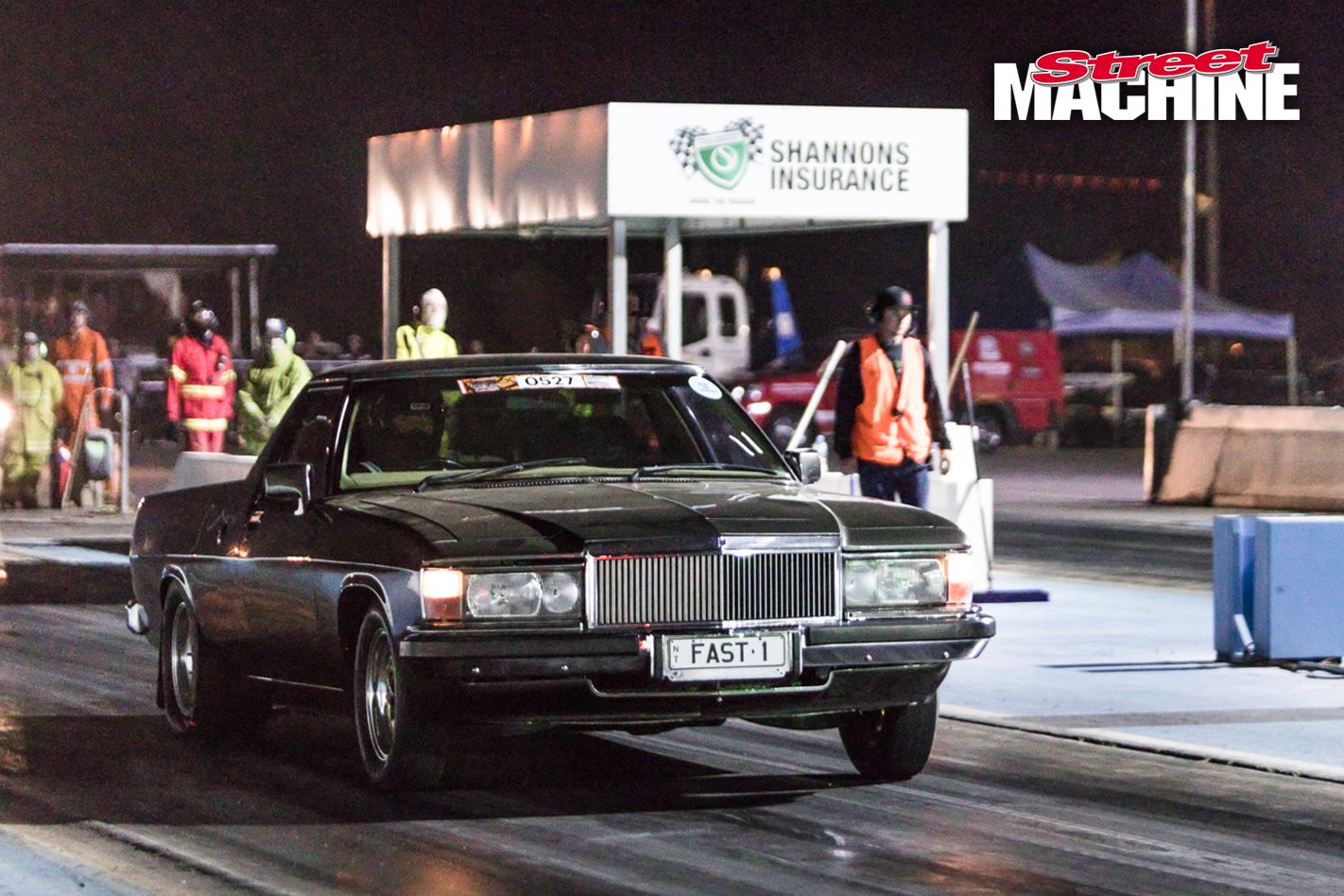 The fastest pass of the night went to Darwin racer Todd Knight, who ran a 6.996-second pass. 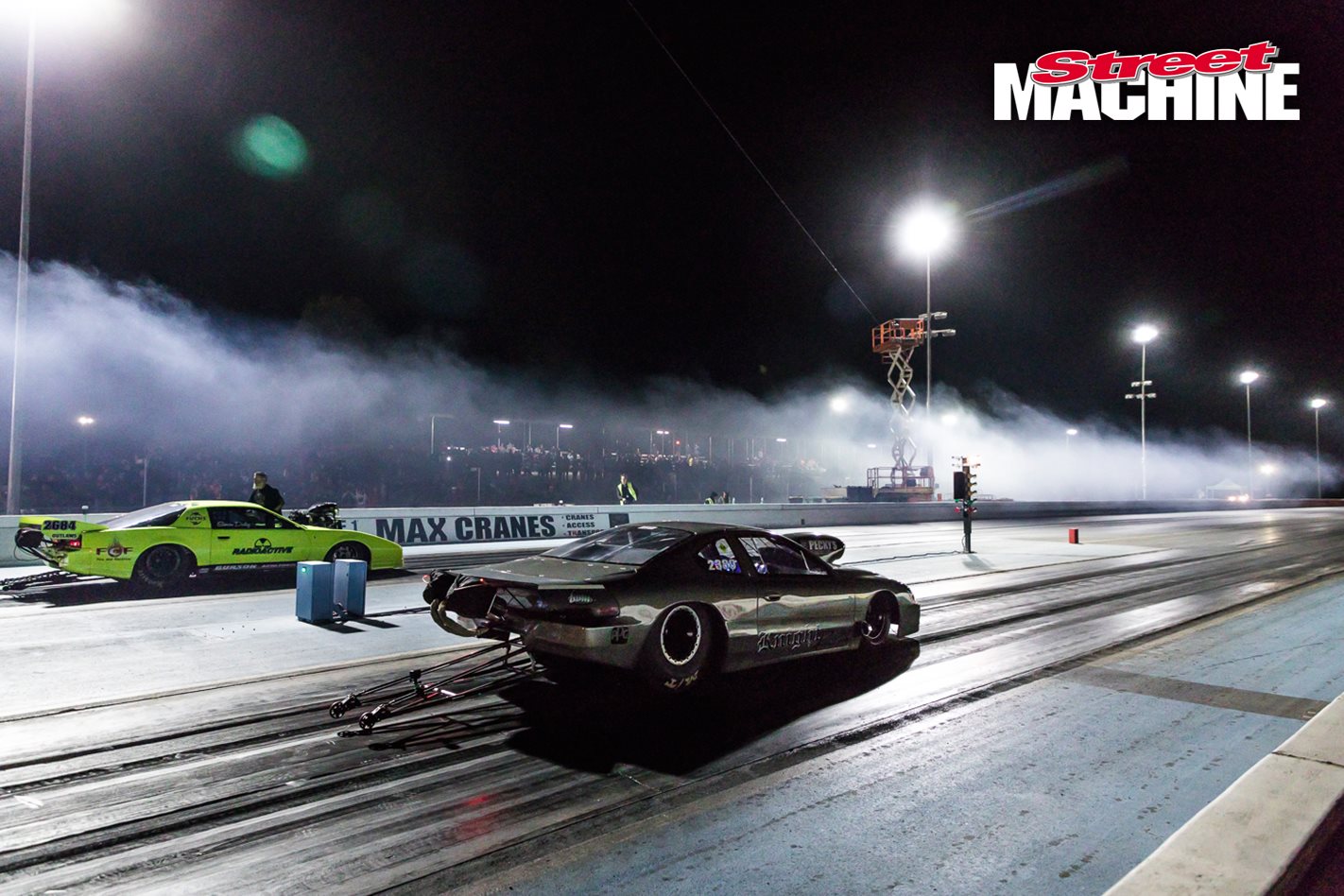 The gasser boys put on a great show, with Damo's Funderbolt running a 9.1-second pass and Biggsy's Chev recording a best of 9.6-seconds. 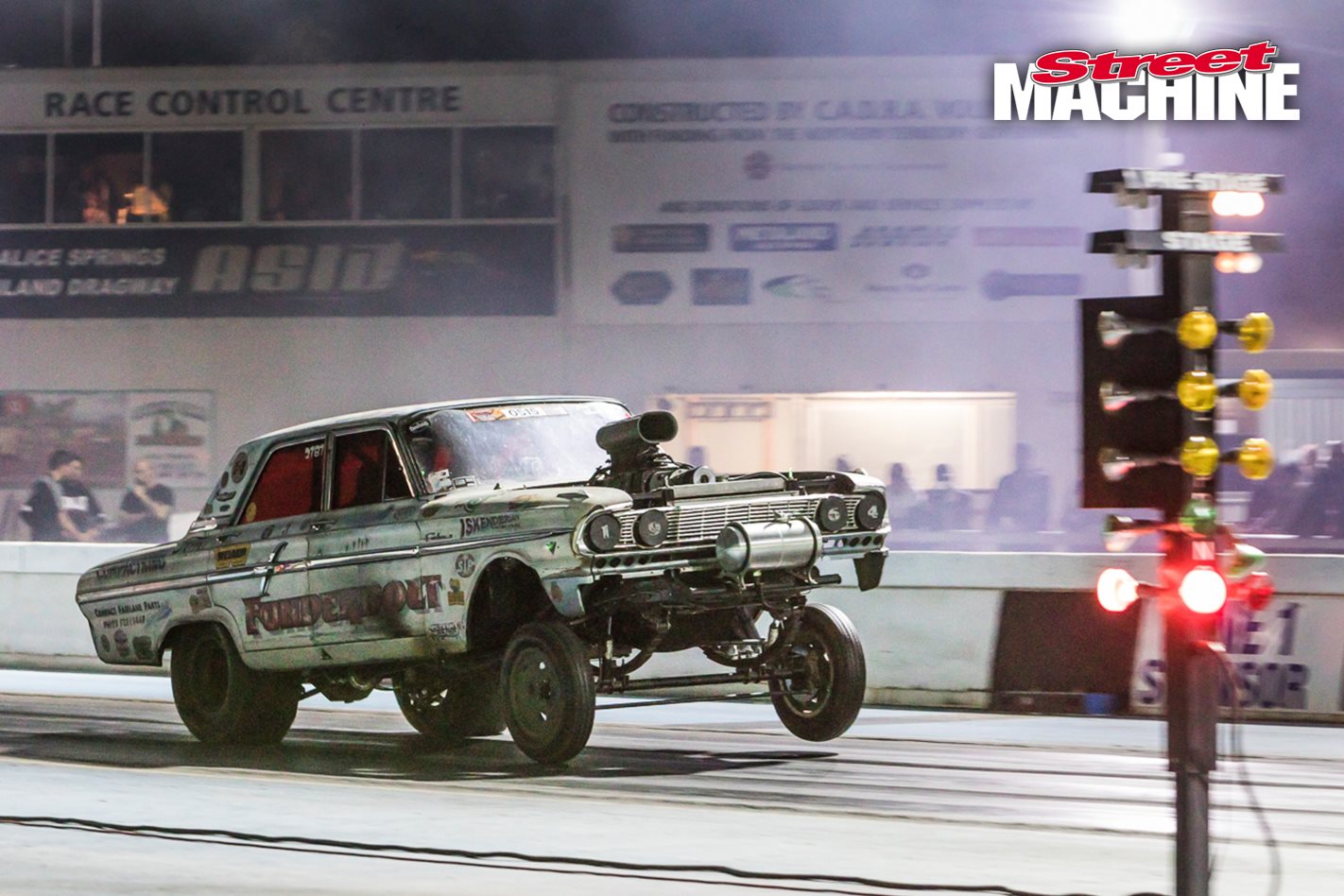 With the Heavy Hitter drags done and dusted, the Chase for Grand Champion is on today with grass events and a motorkhana in the Lasseters Casino Car Park. 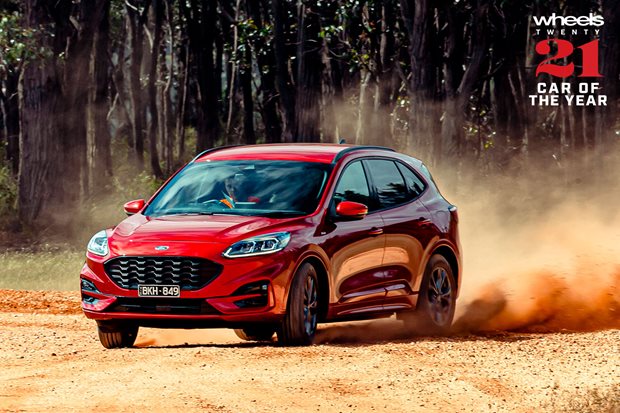 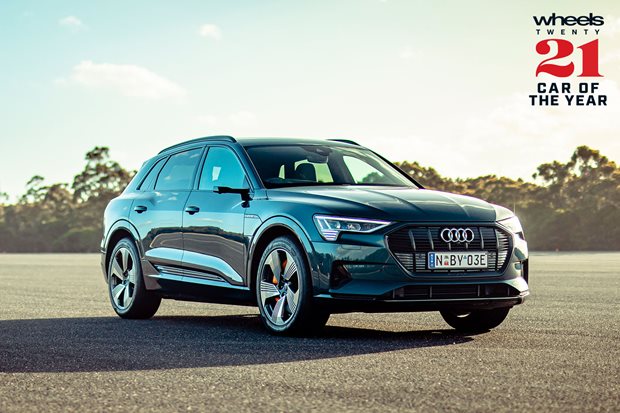 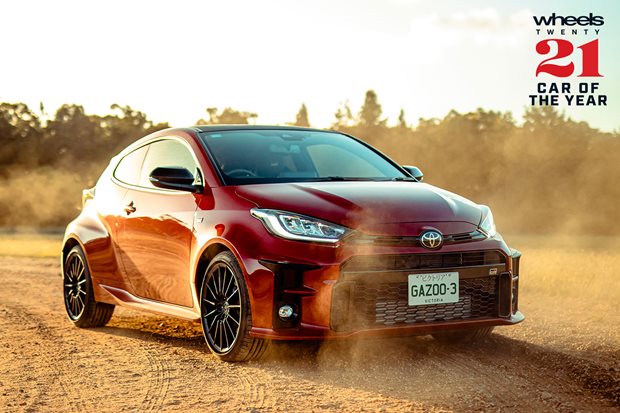