OVER the weekend of 23-25 October, the ninth Salubrious Dirt Drags saw more than 550 cars make their way to Archer Falls Airfield in the Sunshine Coast hinterland.

Entrants could camp on the Friday and Saturday nights so they would be front and centre to enjoy Saturday’s main event, which included a show ’n’ shine, spooky pin-up competition and two driving events, with all proceeds going to the Endeavour Foundation.

Racing began at 9am Saturday; unfortunately, so did the rain. Undeterred, 250 drivers lined up to put their rides to the test on the dirt strip.

At the opposite end of the runway sat the Pit of Terror, a circle of mud and madness where drivers could drift and run amok to their hearts’ content.

Here are some of the cars that caught our eye at the event. 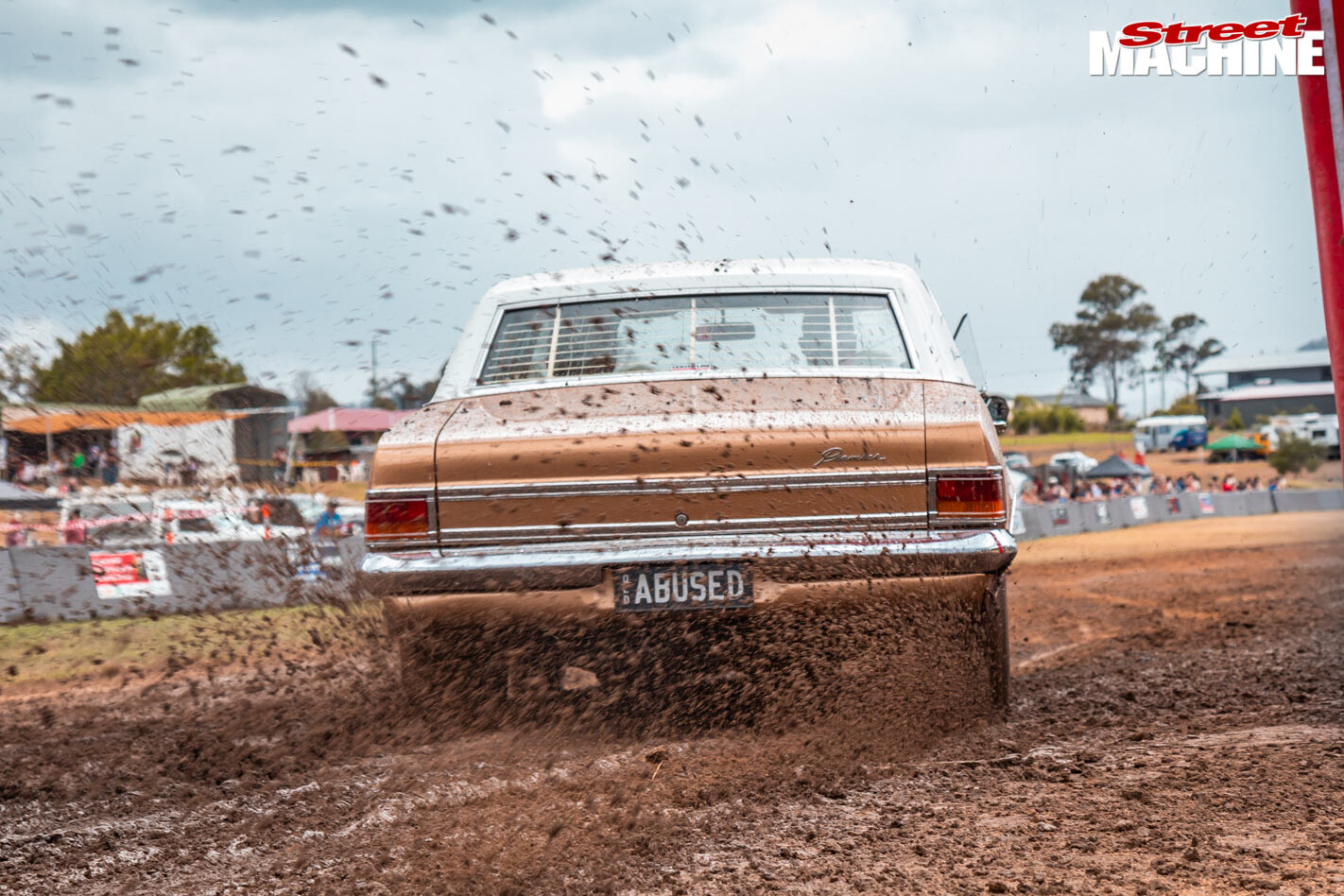 1. A number plate like ABUSED comes with certain expectations, and Duane Scott lived up to the hype and had everyone eating mud as he hit the loud pedal and slid the arse-end of his ’70 HG Premier around the Pit of Terror.

Duane ripped the heart out of his Holden 13 years ago, ditching the stock-standard 186 and column-shift auto for a TH400, nine-inch and a worked 383 crate engine.

2. Hayden Oliver came to play in his lockdown project, a neck-snapping ’59 Chevrolet Brookwood. After importing the big girl from California two years ago, Hayden swapped the straight-six for an injected LS powerplant that he pulled out of a 2010 SS ute. With a Tremec six-speed and disc brakes up front, Hayden had no problems hitting the drags and kicking up some dirt.

Hayden decided to ditch the springs for an AccuAir airbag set-up, although he wants the Brookwood riding even lower. “I’m planning on chopping out the floor soon and channelling it so the whole car lays on the frame and the sills,” he said.

3. Running a 308 and TH350, Brett Rose’s ’64 EH wagon is far from a grocery-getter. Brett bought the Holden with a 186 and didn’t waste any time chucking in the eight-banger and beefing up the running gear.

“It’s got a 3.08 BorgWarner diff, a custom radiator, HQ disc brakes on the front end and drums on the rear,” Brett said.

4. A definite crowd favourite, Dan Rye’s ’65 Impala ate up the track, with Dan managing to run the full-bodied Chev in a somewhat straight line. Dan bought the car 30 years ago with a two-speed and a 327 powerplant, but has since thrown in the TH400 and a blown 383 for more power.

5. Darrin Suter thrashed his ’70 XW Fairmont from the moment the gates opened. “I took the running gear out of an XB and converted it to an eight,” he said. “It’s a basic Cleveland that’s been stroked to a 393. It’s still got the cast-iron heads. It’s a cool car. It’s got Dick Johnson’s signature on the firewall!”

Darrin’s had the XW for 25 years and jokes that he’ll get buried in the rig.

6. Peter Adams’s FUNTONNA VZ was built for the burnout pad, but had no problem cutting hoops in the mud. The LS1-powered Tonner runs a TH400 trans and has been shortened thanks to a diff cut and chassis chop.