I WON'T bore you with how massive the annual SEMA Show in Las Vegas is. You've probably heard it a million times already and if you're not in town for the show, you're probably pretty bummed. Let me ease the pain over the next couple of days as we give you the all-killer, no-filler run down on what is hot at this year's event. And hey! You'll save a bundle on airfares, hotel rooms and liver damage.

If you don't know the story of Preston Tucker, go and watch the movie Tucker: The Man and His Dream (1988), stat! Then come back and finish reading this, ok? You're back? Good. In short, this is Rob Ida's fourth Tucker 48 replica. This one is powered by a mid-engined Caddy Northstar V8, with twin turbos for good measure. It is a stunning car and we have an interview with Rob here. 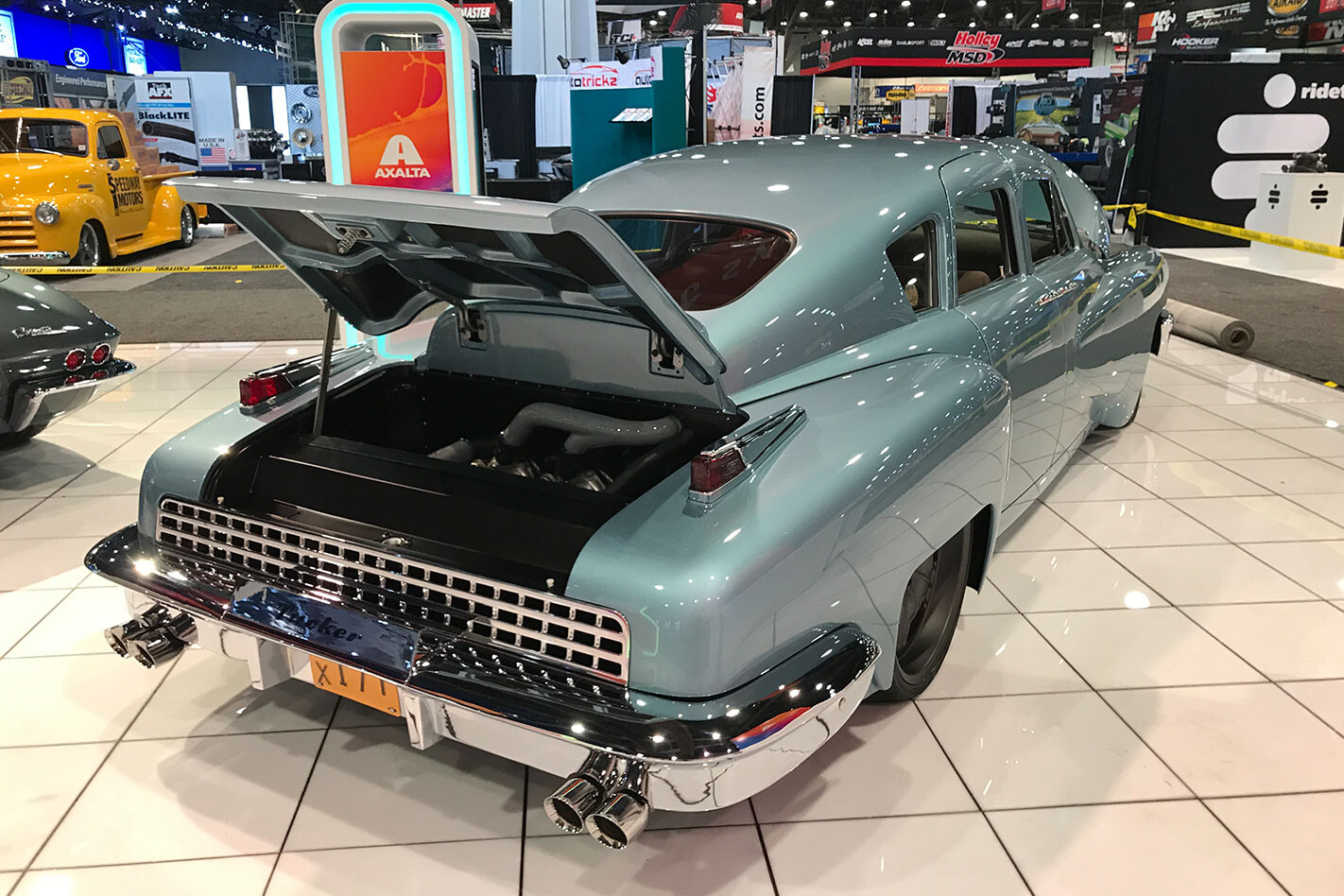 2. The Hellcat-powered Toyota Prius is finished

We featured the build here. If you're in town, check it out on the American Racing Header's stand. 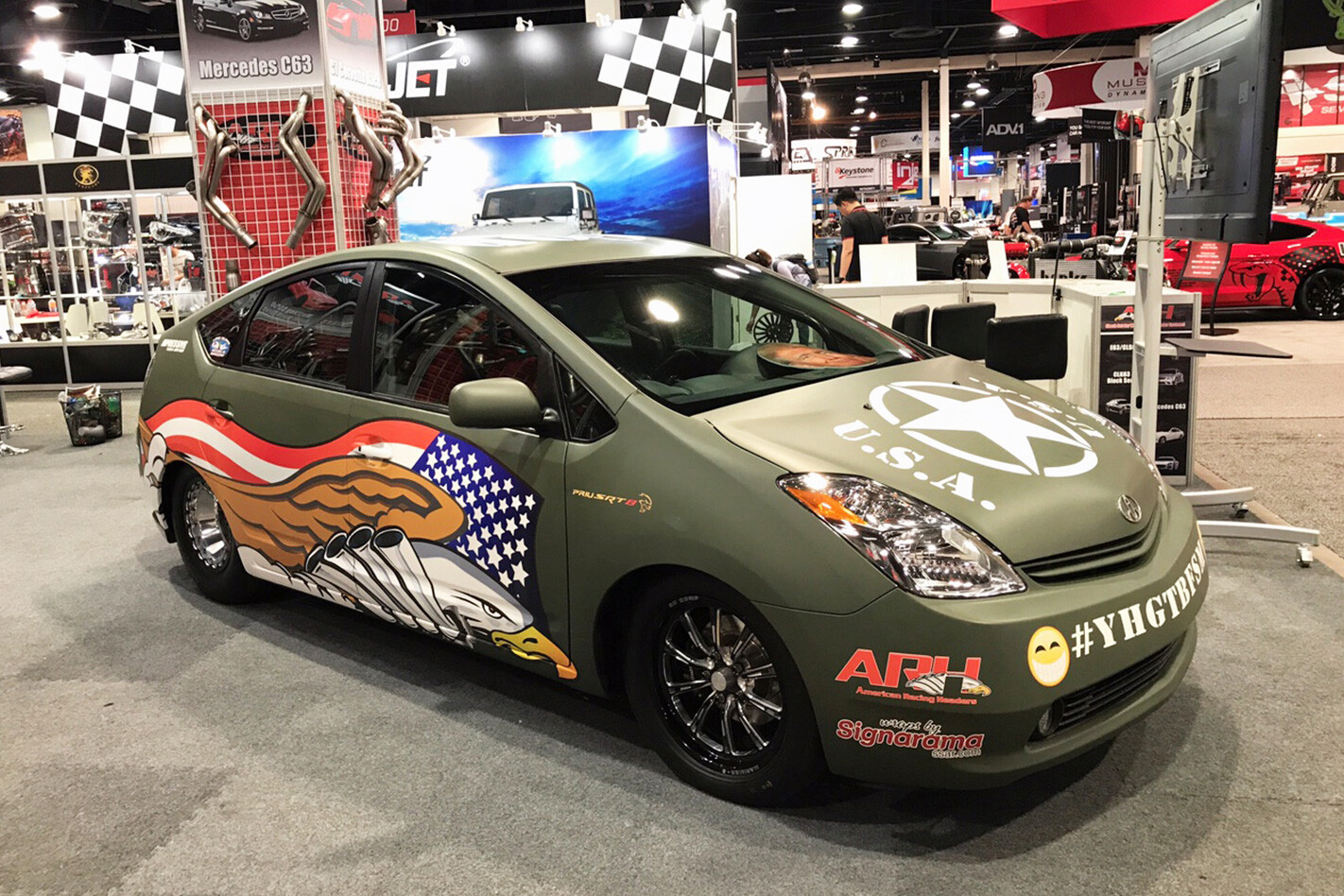 There was nobody around when we where gawping at this thing today, but we'll go and chat them up tomorrow. Having been stuck in a snowstorm once in Australia (the day before the first Drag Challenge) I can see how useful this would be. You can never be too careful, you know.

This weapon was apparently built for a show on the History Channel called Road Hauks. I've never seen it, but I might check it out after seeing this thing. It's running a turbo LS3, TR6060 Tranzilla, Toyota Tundra 8-inch front diff, a RAM clutch and an Auburn Gear 4.10:1 LSD out back. Plus killer off-road suspension, roll cage, bash plates and more. Just the thing for running 'shine. Or running from zombies. The only stuff I know about old Jeeps, I learned from M.A.S.H. 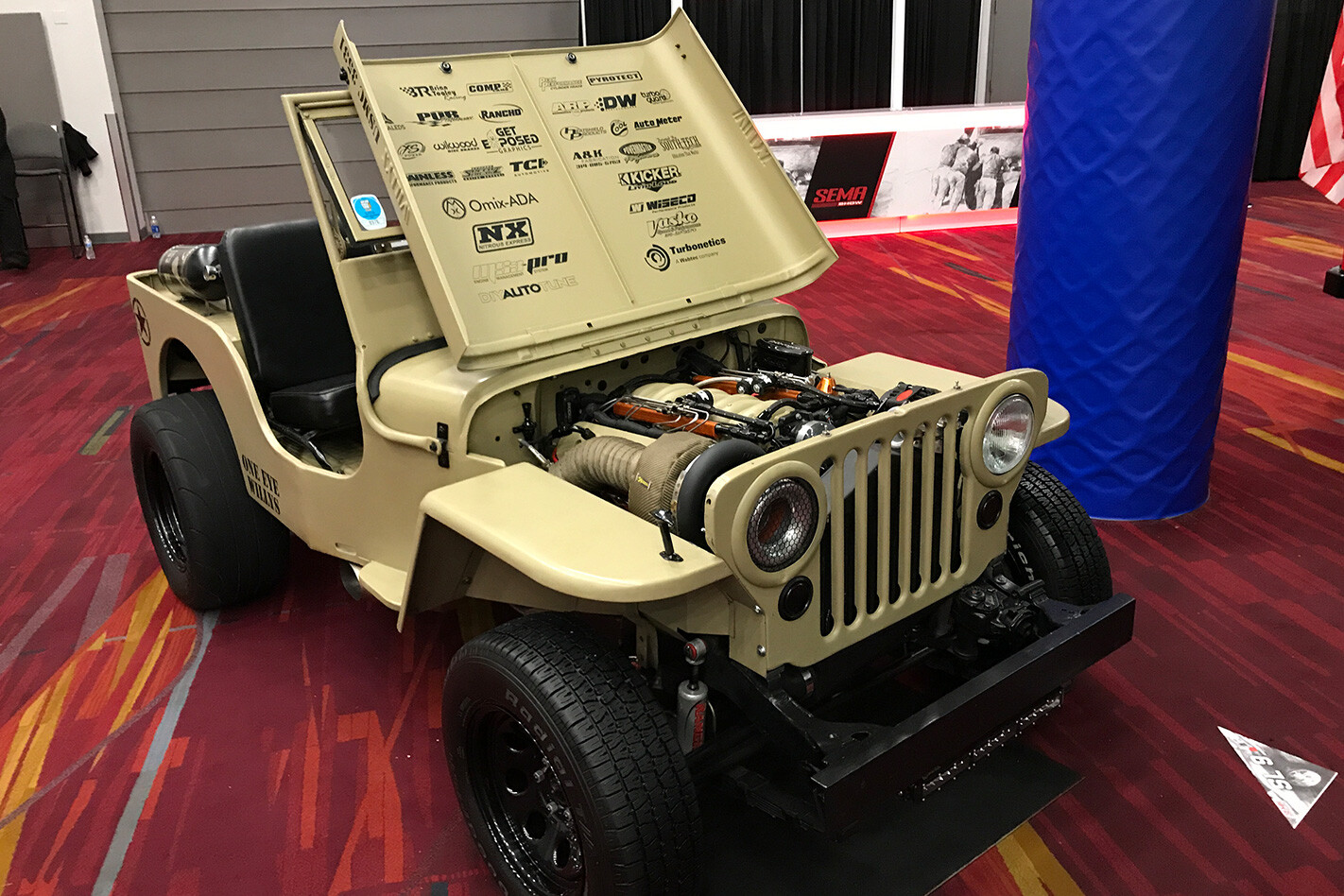 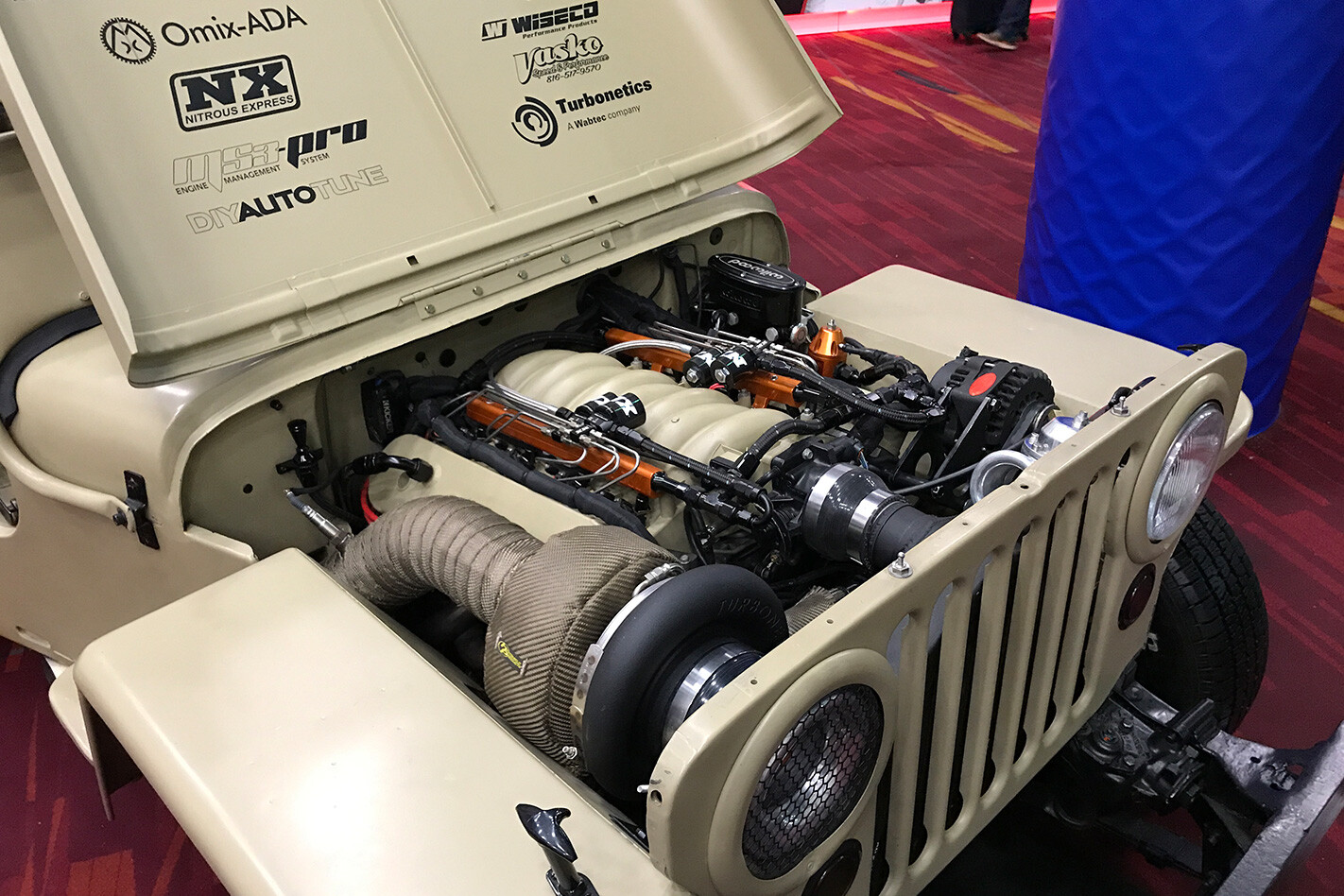 Excuse the dark image, but I'm betting this is the clearest shot we'll get of this C30 all weekend. We'll chat to the guys tomorrow, but I can tell you that the rear wheel tubs intrude waaaaaay into the interior space, but it is still hell-cool. This '62 Corvette is typical of the high-end builds you see at SEMA. This one was built by Apicella Designs in Phoenix, Arizona and features a Roadster Shop Chassis, some wild body mods, an LS motor and a Plazmaman intake manifold from Downunder! They really are a beautiful piece of engineering, so it is great to see one on an elite-level car, instead of our MX5.7. 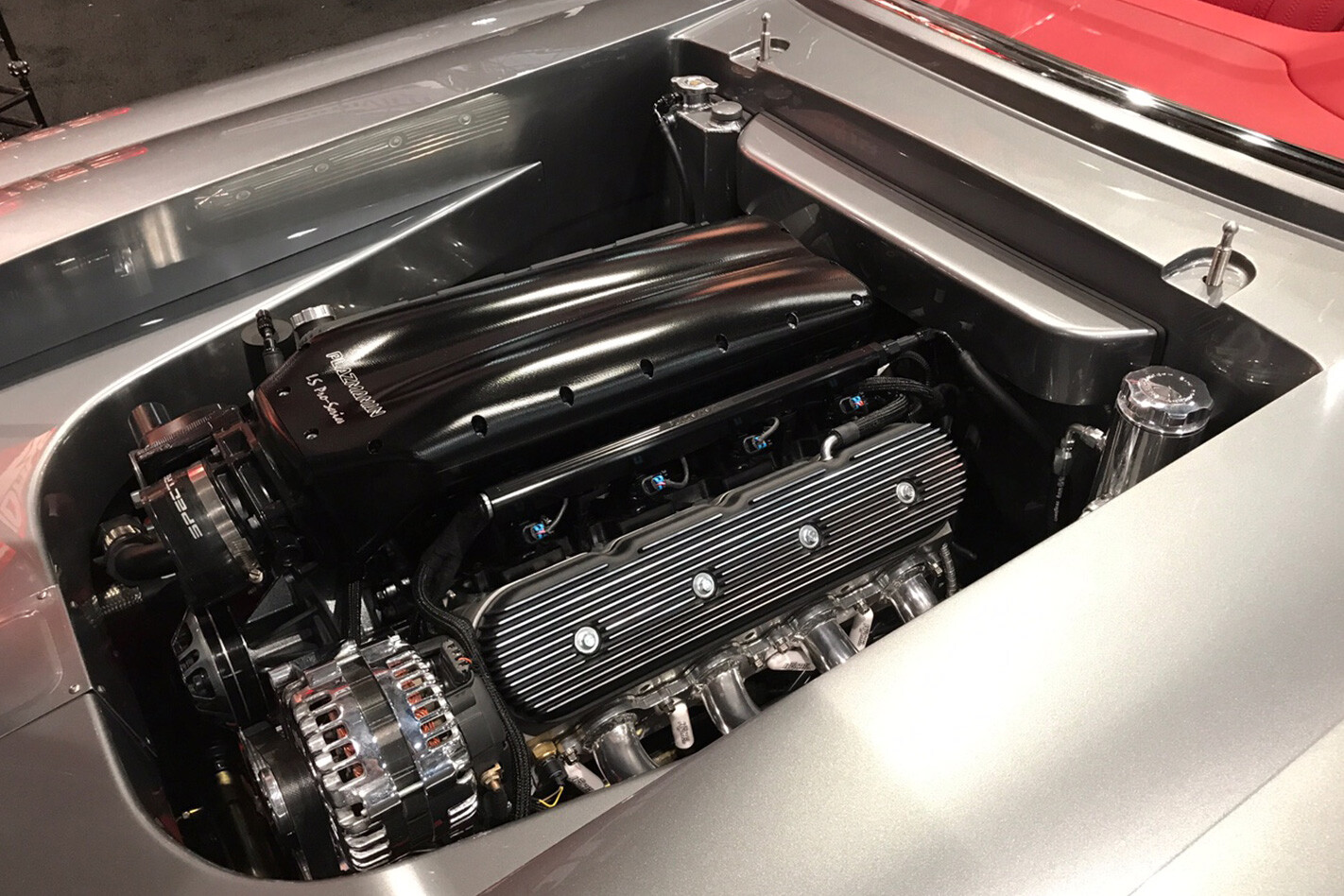 You may have seen this on a Hoonigan's episode. Either way, it is pretty bad-ass. 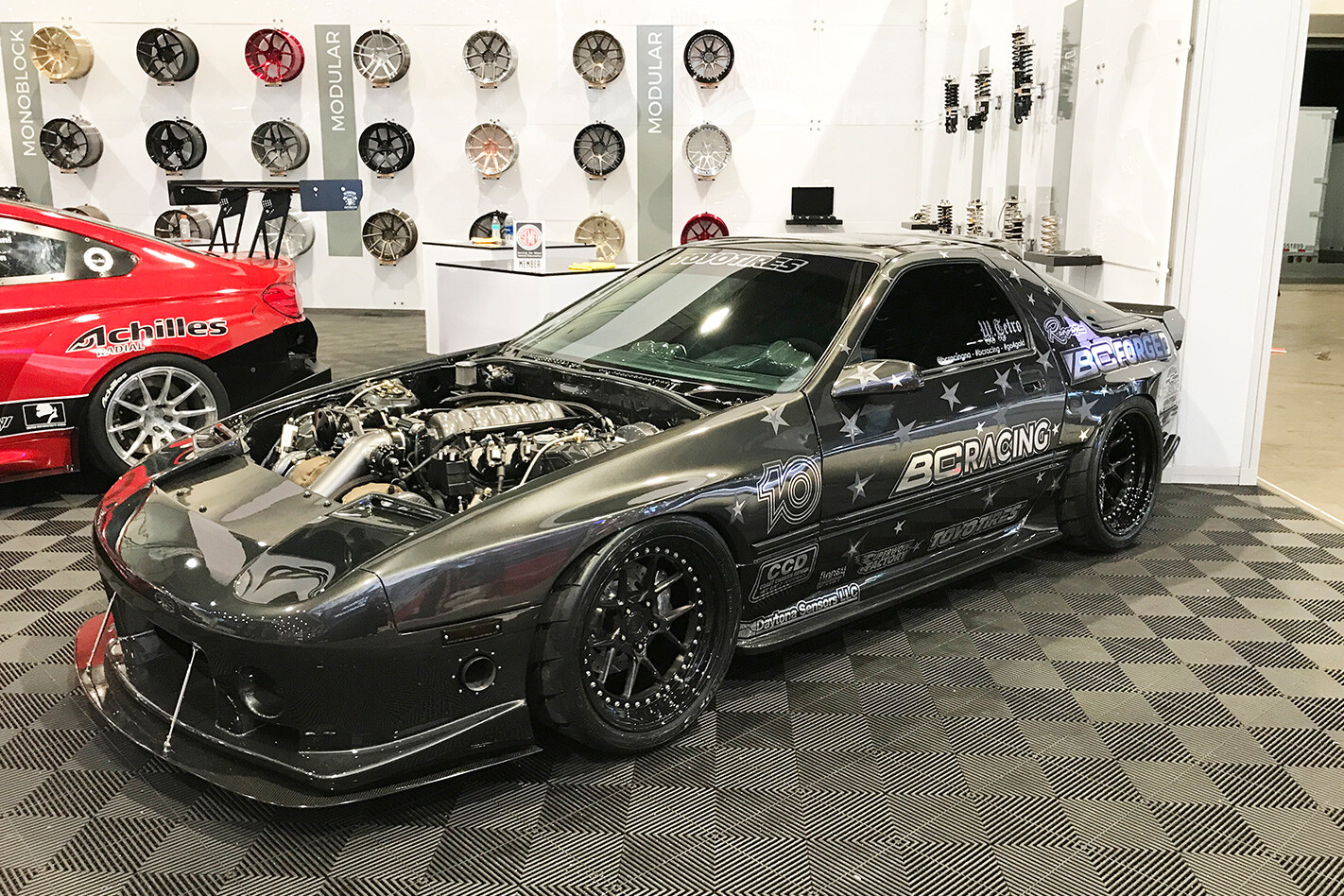 I haven't caught up with this thing on Street Outlaws yet, but this made me smile. And it has a 455 Pontiac motor on nitrous AND a T10 four-speed. Nuff said. 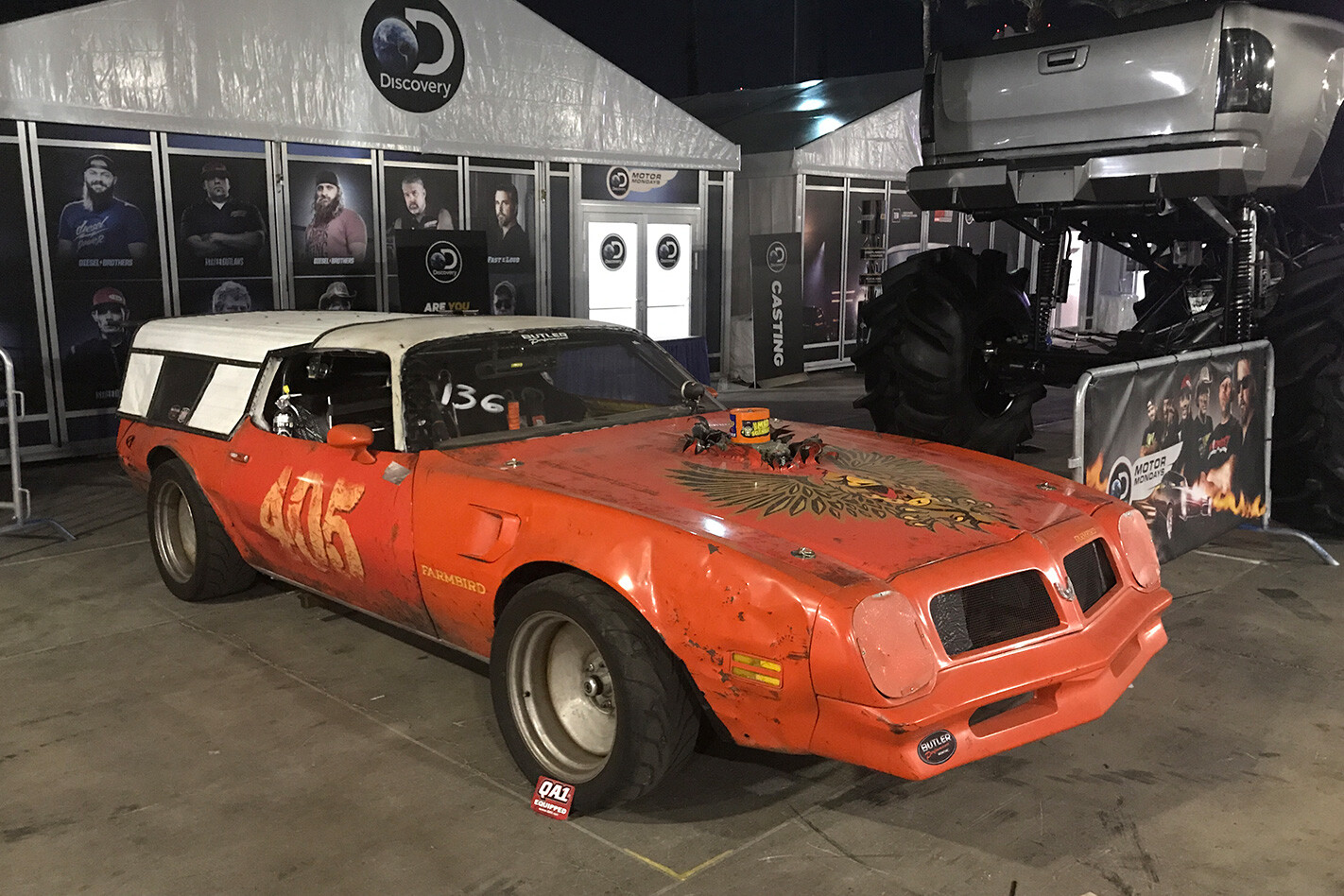 10. Anything by Rick Dore

The man can do no wrong. This one is called Illusion, features a hand-built aluminum body, an Art Morrison chassis and LS3 power. 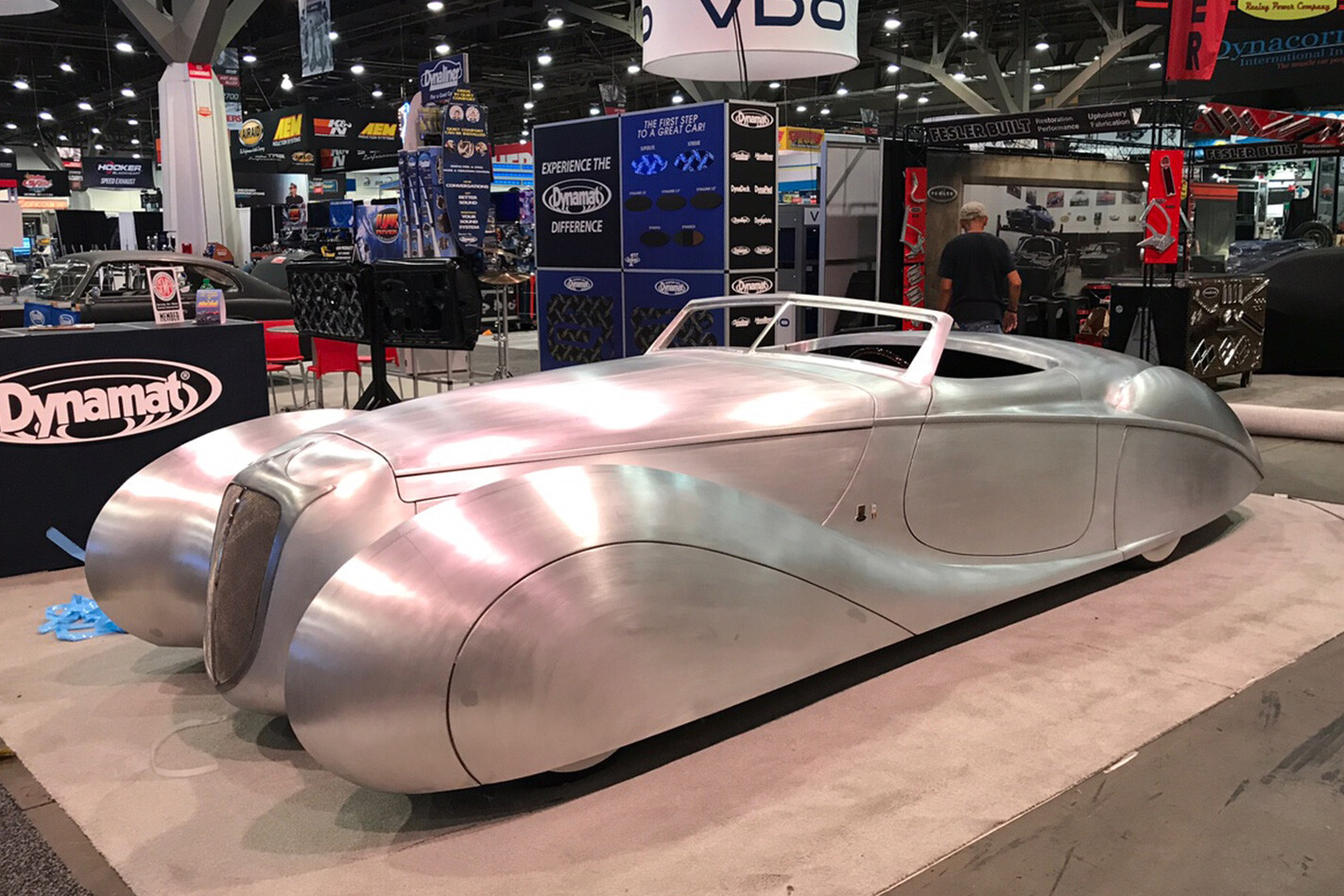 I also did a two-hour live stream from the show today. And nobody brought me a beer. See the video here.