SHEPPARTON Showgrounds was home to three action-packed days of burnouts, driving events, an indoor/outdoor show ’n’ shine and a huge street cruise as part of the 26th Springnats over the weekend of 23-25 November. 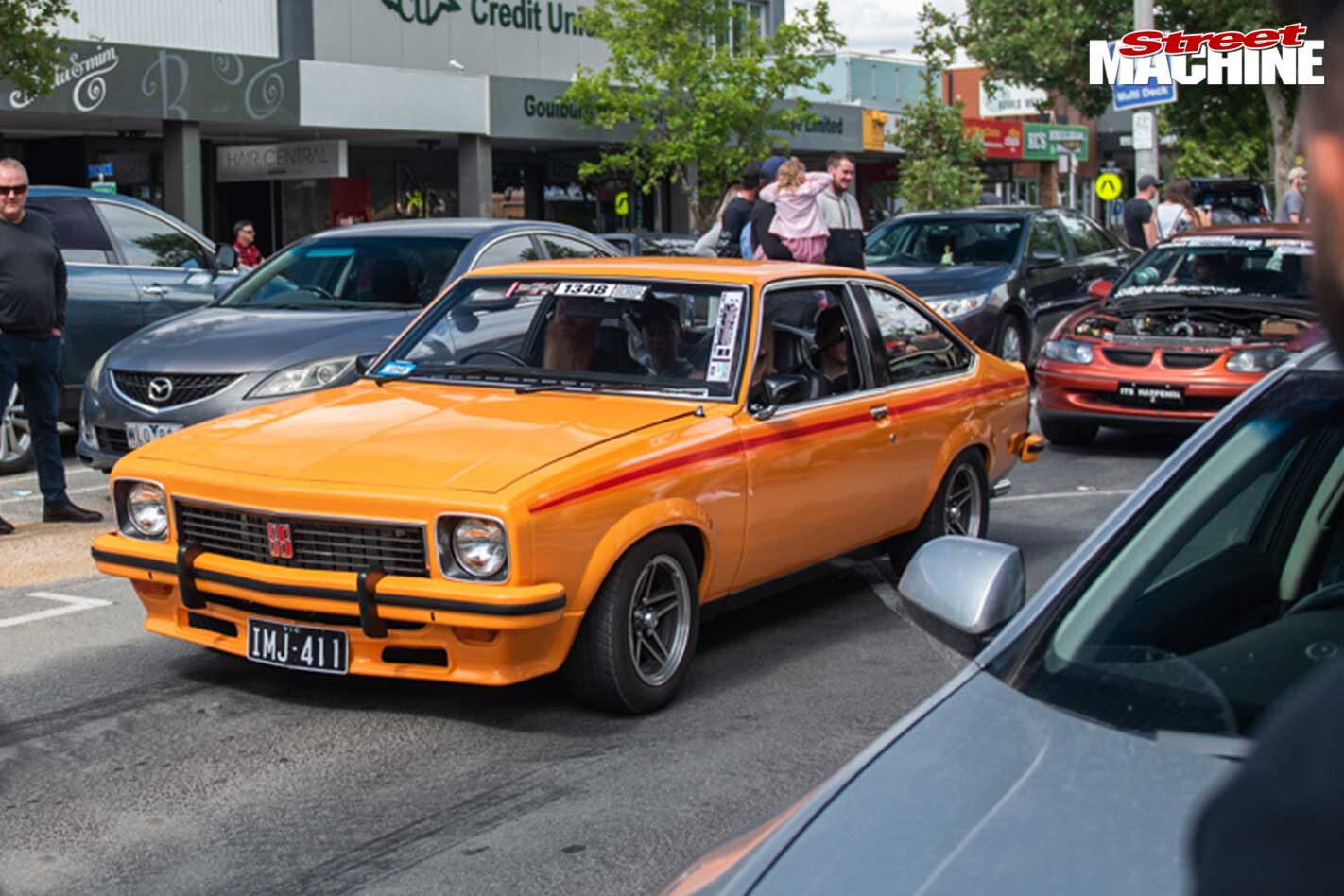 The street cruise to the Maude Street Mall was extremely popular with both entrants and spectators, with more than 80 per cent of the entrants taking part. The streets were packed with blown bangers, injected skid cars, everyday cruisers and everything in between as they made their way down to the mall for the free public show ’n’ shine. 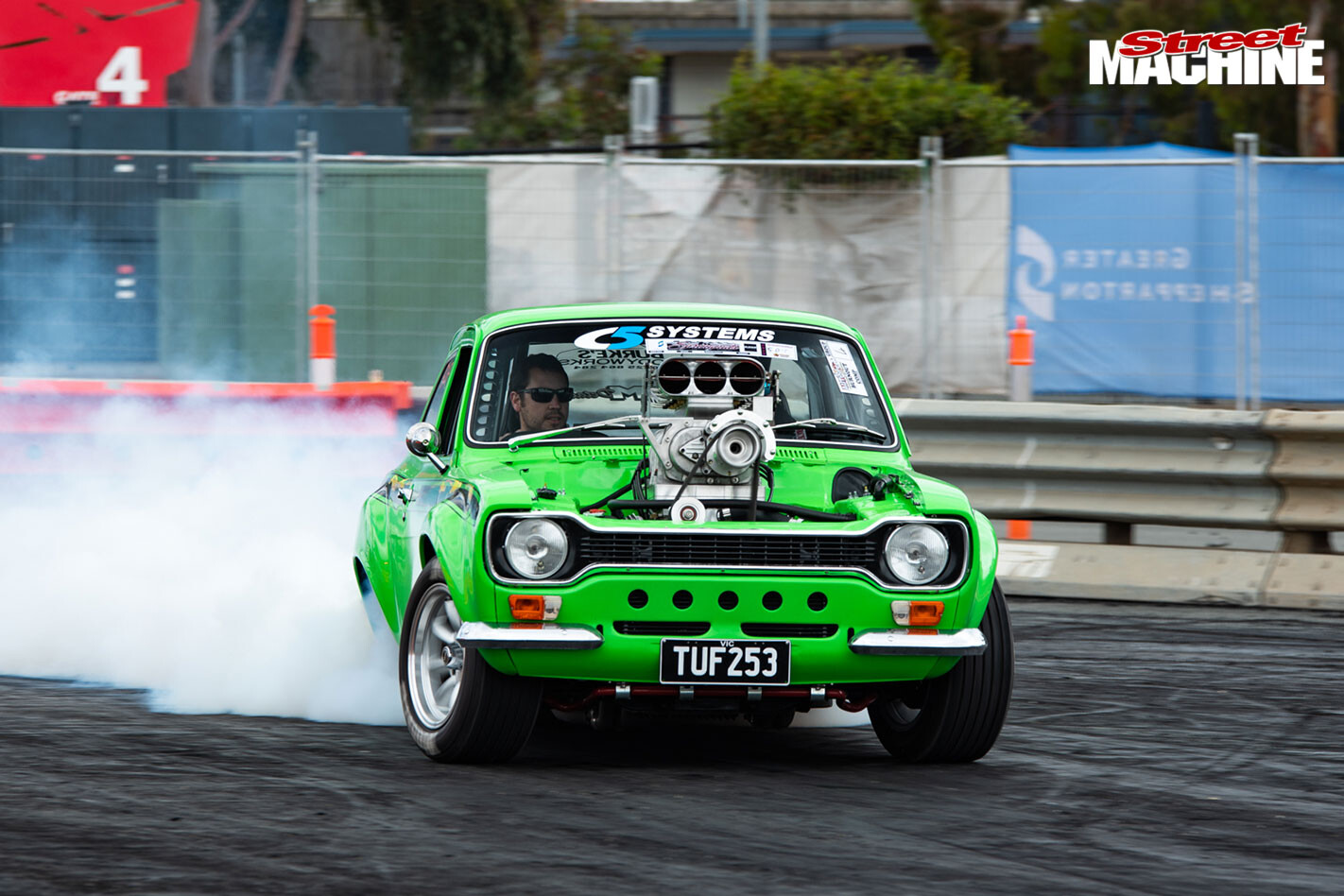 Shannon Heraud and Briana Cable’s TUF253 Mk1 Ford Escort had a great weekend, taking out the Springnats Grand Champion award. Out on the burnout pad things didn’t quite go to plan though – Shannon tipped the little Escort in a tad too hard, ran out of room and ended up sliding nose-first into a plastic barrier. Luckily there was only minor damage to the Esky’s nose.

Burnout Pro Class Champion went to Tim Barby in MOJO. Tim pushed the little Austin hard all weekend, the blown LS screaming its way to victory with Tim driving it like he’d stolen it. “He who quits never wins; he who wins never quits,” said Tim. 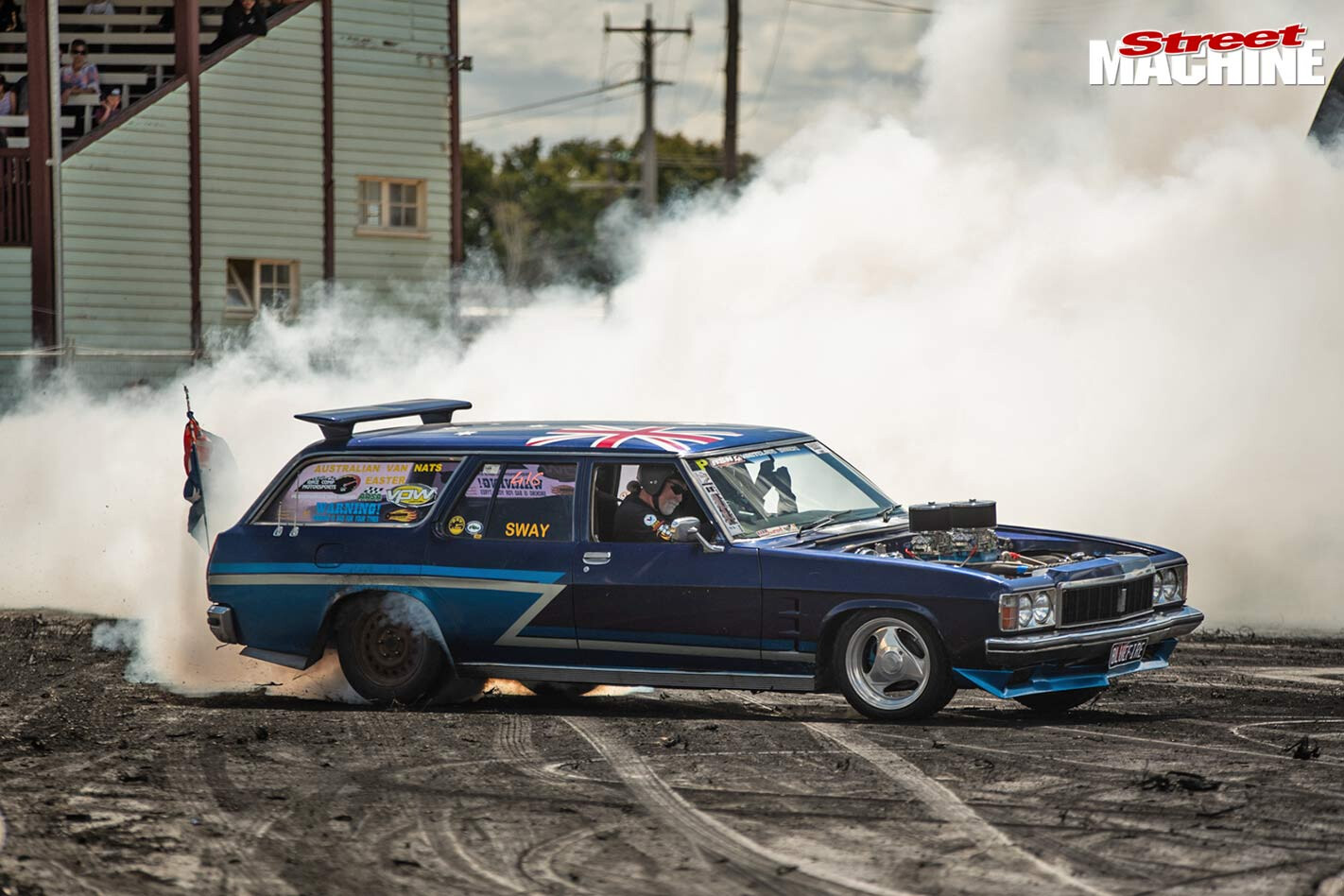 First-place Aspirated V8 went to David Watson in his old-school, tunnel-rammed, 308-powered HX wagon. Dave has competed in the burnouts at every Springnats for the past 26 years, so a first win was well deserved after all the years of dedication. 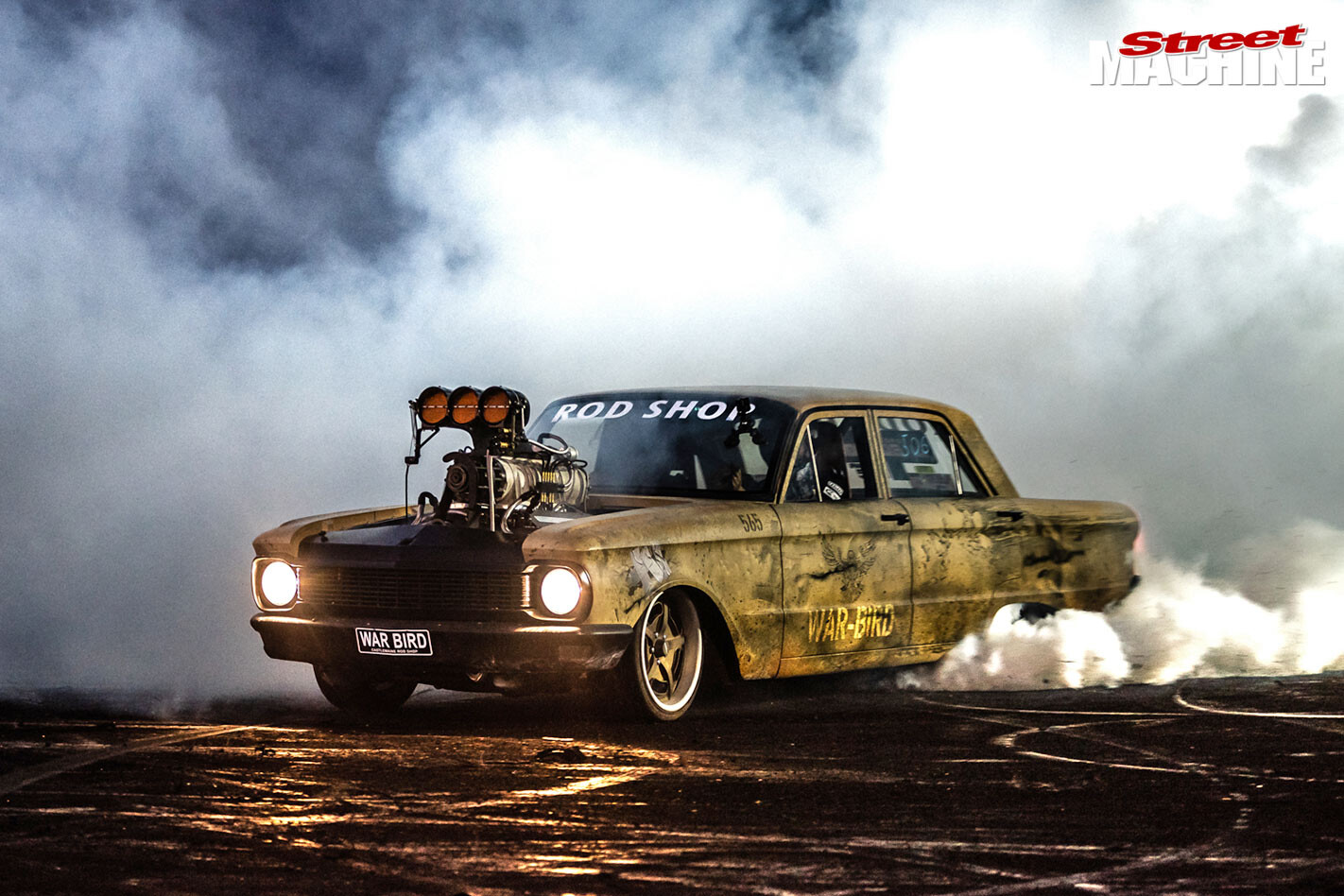 The boys from Castlemaine Rod Shop had two of their big players in the burnouts this year: the 1600hp WARBIRD XP Falcon and the REAL DEAL LC Torana. 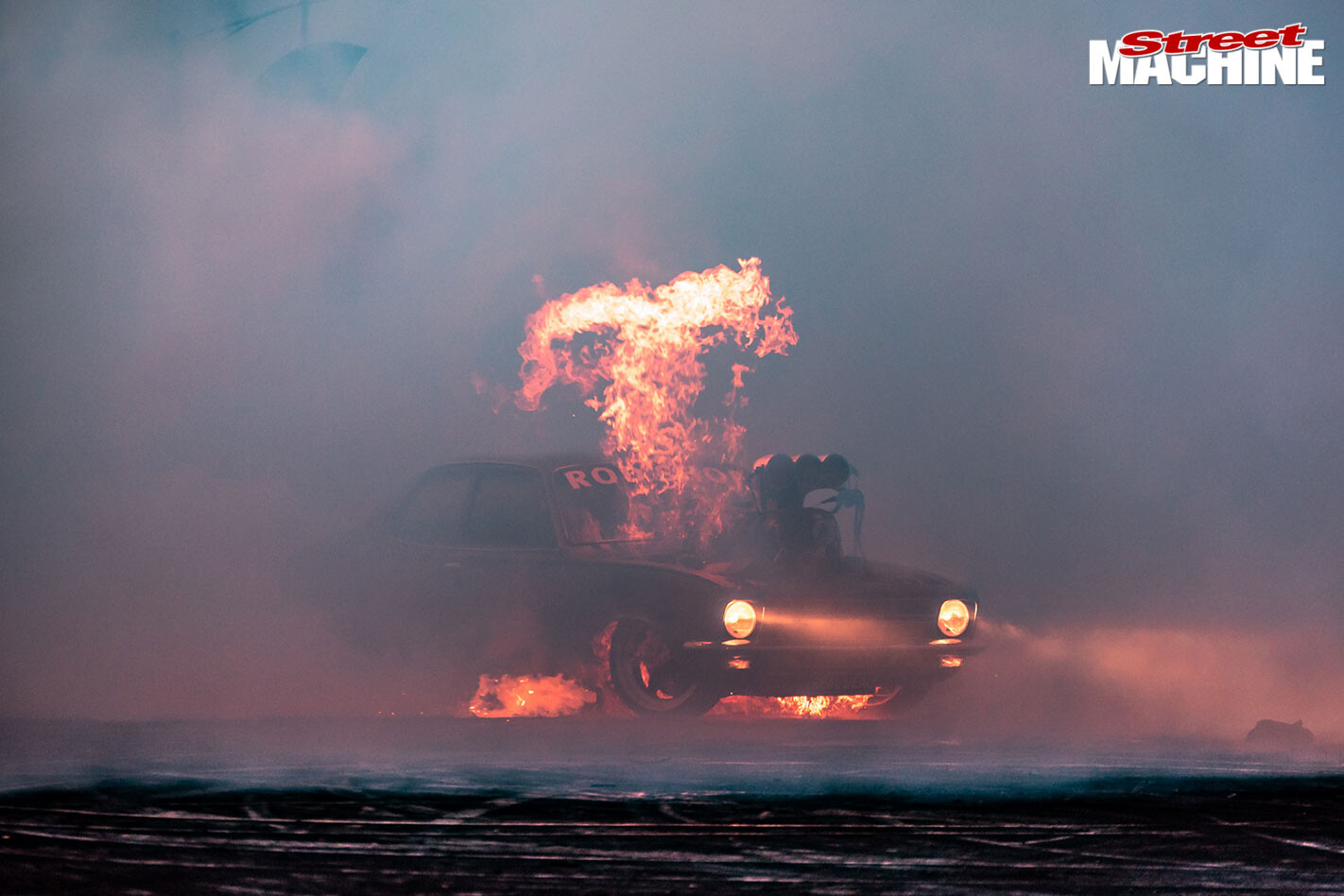 Both smashed out some big skids, but things took a turn for the worse when the Torana went up in flames in a pyrotechnics display that lit up the night sky. A suspected melted piston was the culprit and sidelined the Torry for the rest of the weekend. 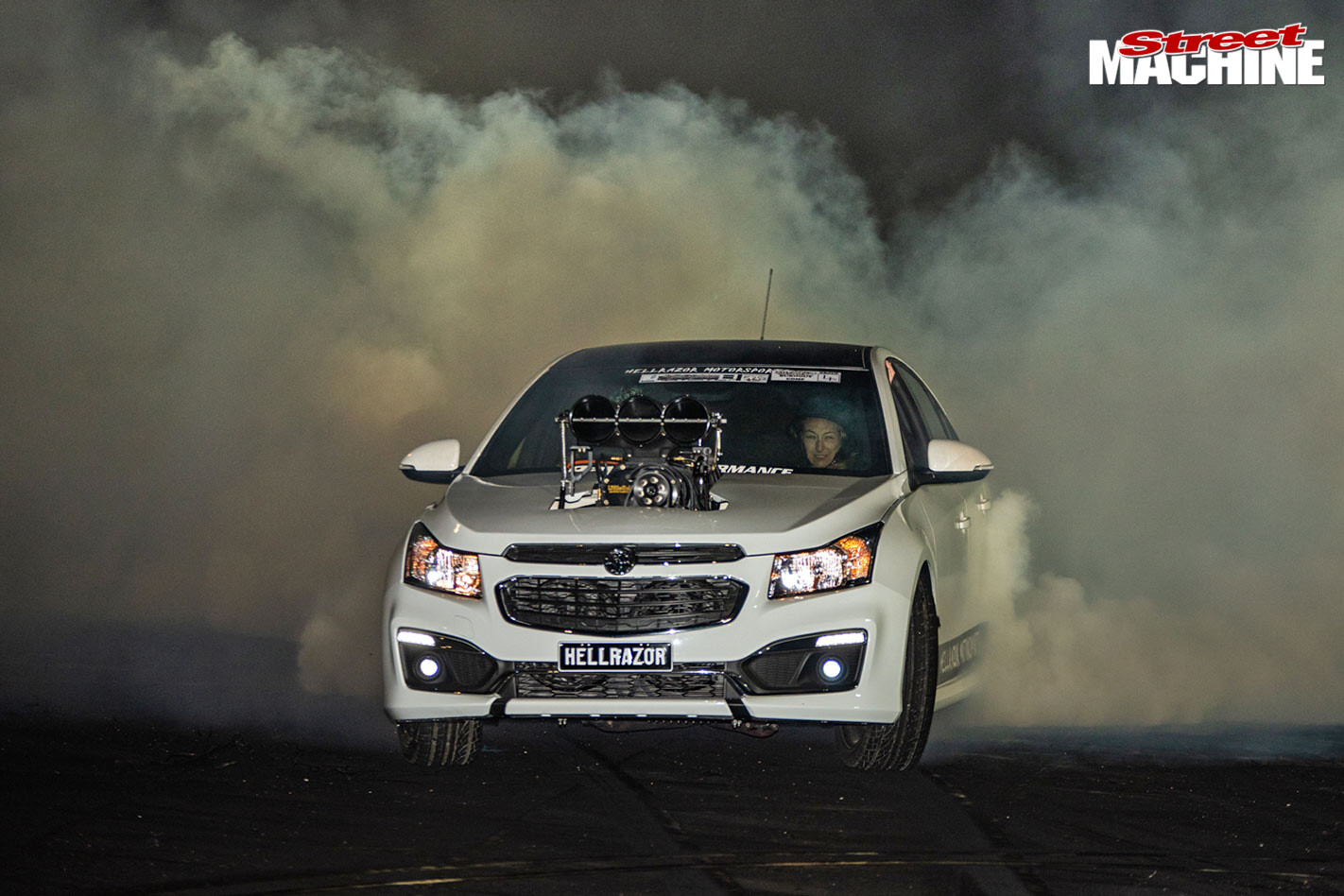 Jason Ballard’s newly built HELLRAZOR Holden Cruze is running a blown 406ci small-block Chev, and the Perth-based madman is currently touring the country with his partner and four young kids in tow, visiting every burnout comp they can find, including Springnats. 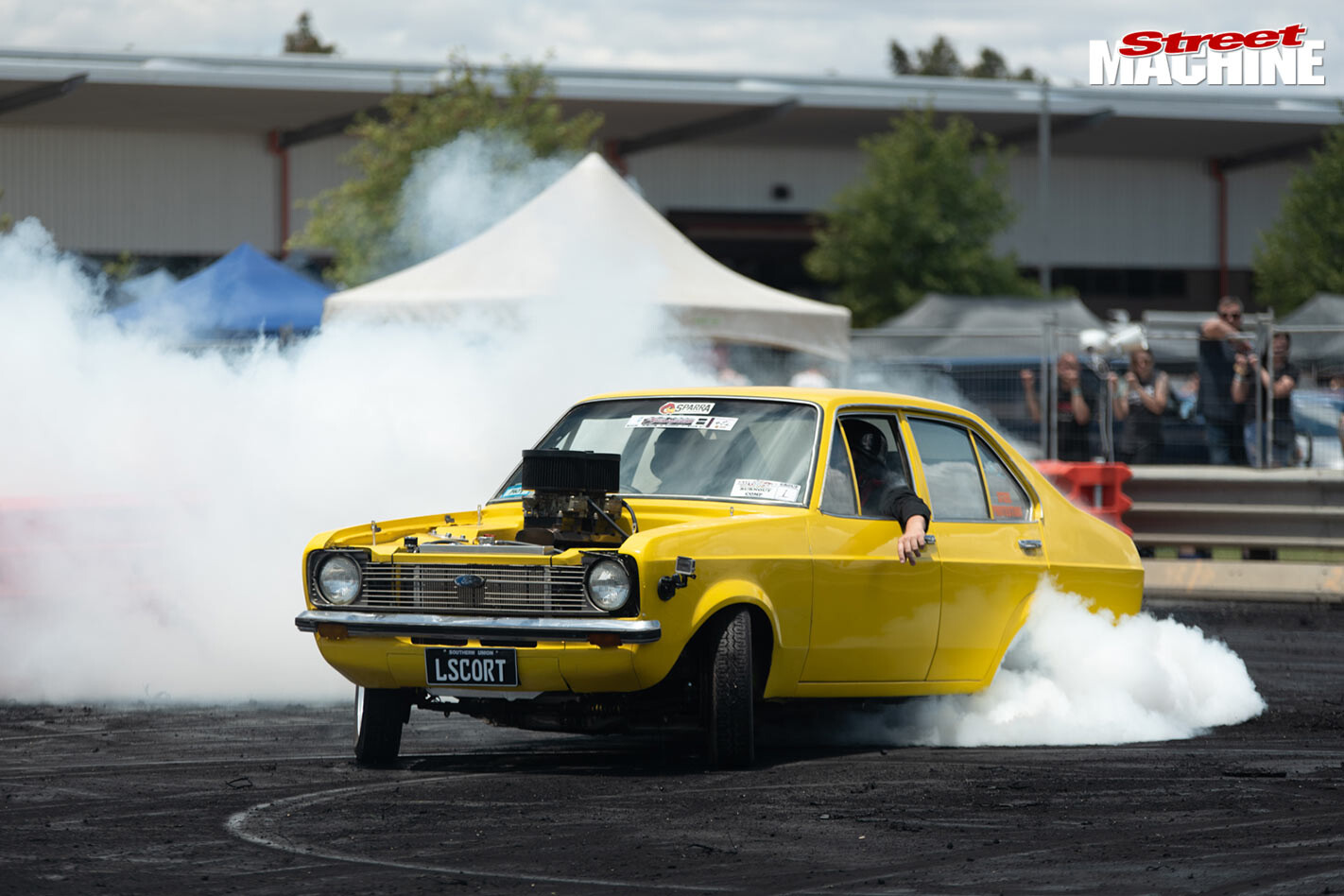 Shepparton local Peter Bobecki had just finished building his yellow Escort before Springnats rolled around. Peter bought the car as a rolling shell a couple of years ago and shoehorned a tunnel-rammed and cammed LS into the nose, backed by a Powerglide and shortened nine-inch rear end. Peter relished the opportunity to put the Esky through its paces out on the Springnats pad. 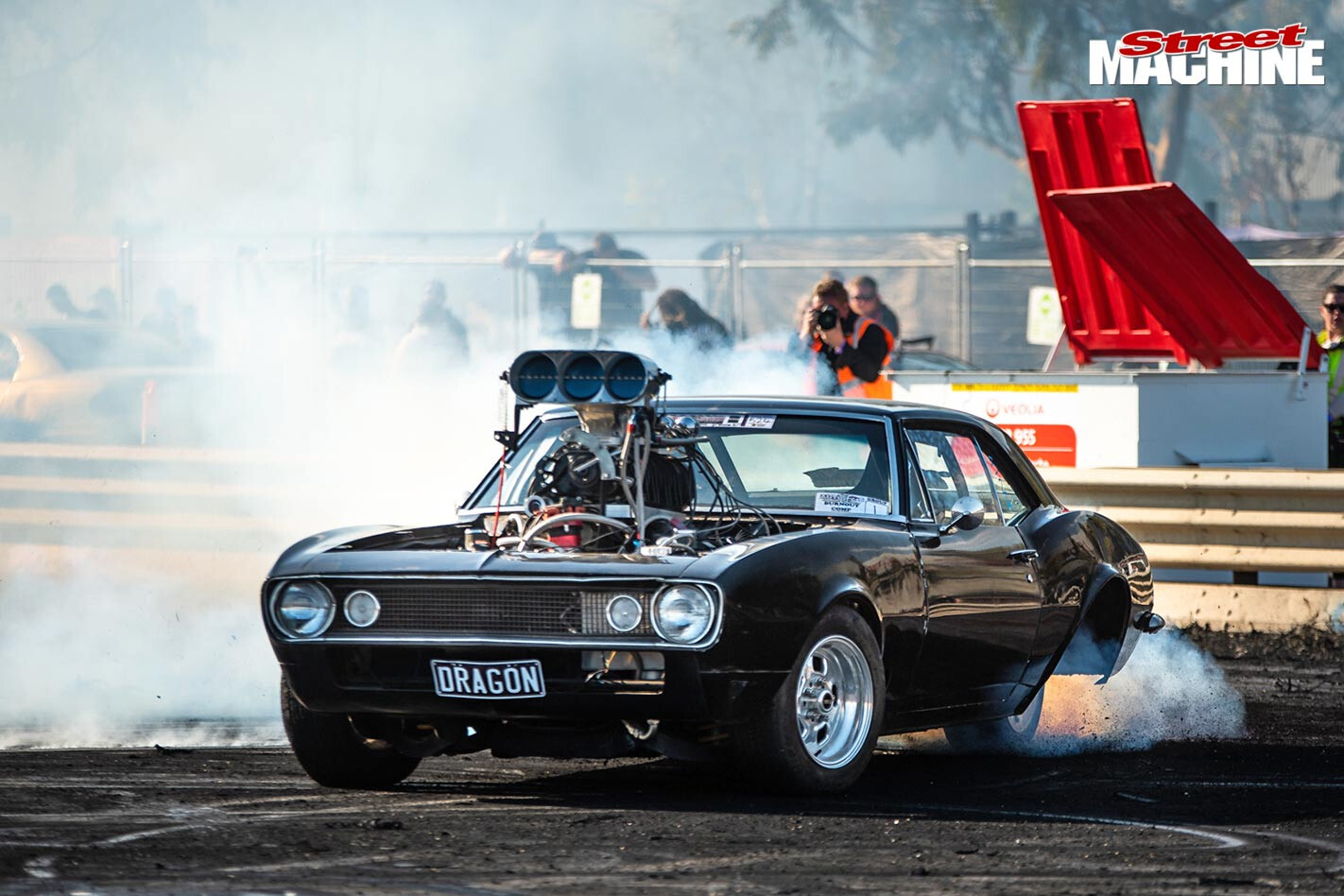 Springnats was the third comp for my 1967 Camaro, but only the first time it actually got the job done and sent the tyres packing. It had been 1015 days since I slammed the CRITTA wagon into the wall at UBC in 2016 (not that I was counting or anything). After having nothing but dramas with the new engine combo over the past couple of years, I was becoming convinced that I must have run over a Chinaman carrying a sackful of black cats! So a few months ago I handed it over to Brett Niddrie at BNR Engines to finally sort it all out. Brett worked his magic on the 589ci big-block, rebuilding it, setting up the blower and injection and then tuning it to suit burnouts – putting down a happy 1400hp.

I’d almost forgotten what it felt like – the rush of adrenalin, the reason we do this crazy thing in the first place. I’m 49, but at Springnats 26 I got to feel like a little kid in a candy shop again!