OVER a decade ago, West Aussie Chris Dicker built a killer elite-level HQ Monaro that won a stack of tinware, but for the last 20 months he’s been working on something a bit more practical. And what could be more practical than a HZ ute, powered by a FG Falcon Barra turbo six and ZF six-speed auto combination? 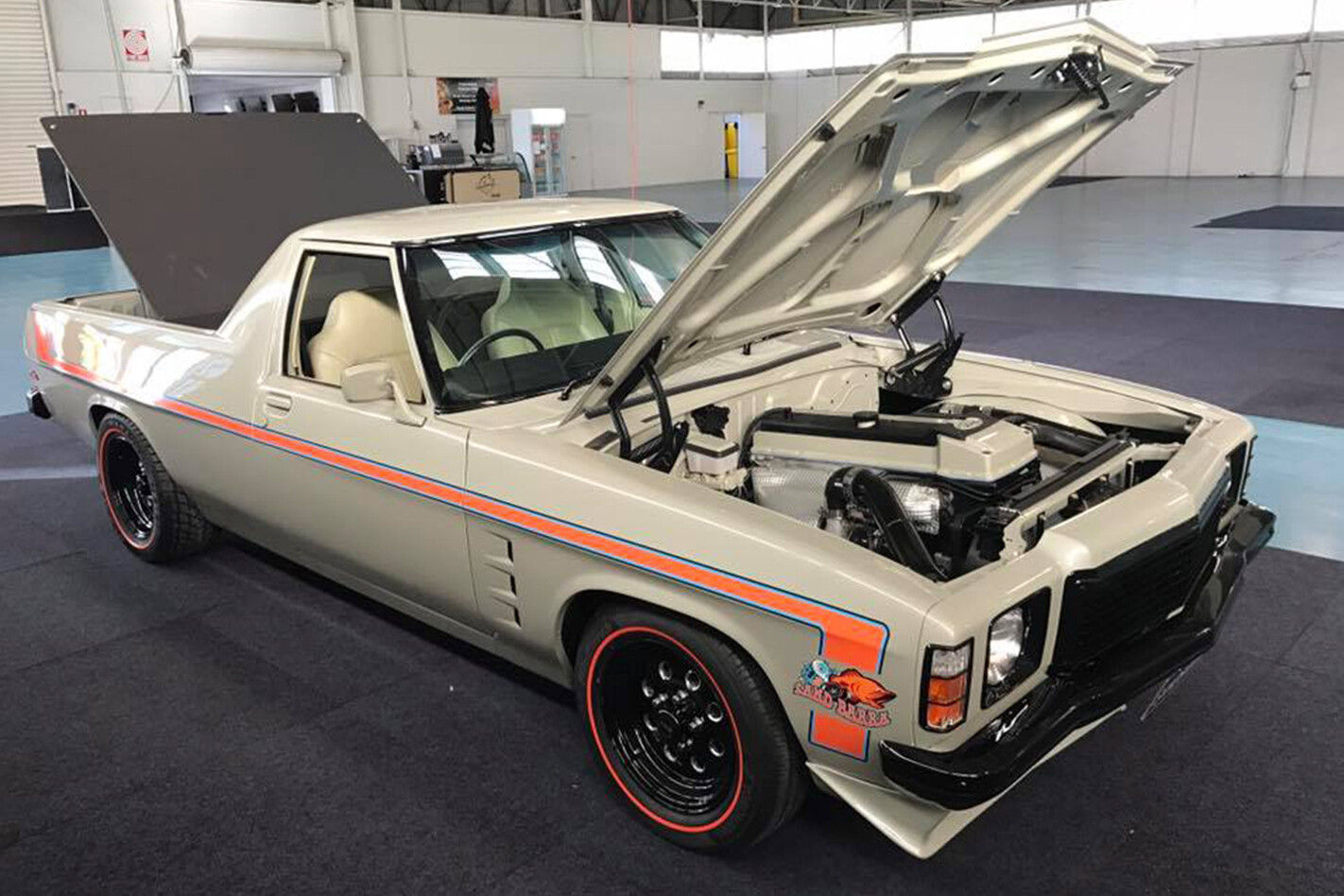 Chris debuted the ute – dubbed Sand Barra – at the 2018 Western Australian Hot Rod and Street Machine Spectacular today. It has come a long way from the rusty six-pot Chris started with! And while Chris says the ute isn’t a show car, it looks pretty good to us, with the Savannah Ivory duco being an inspired choice of colour. “It is a Suzuki Vitara colour. It is subtle, but it makes the XW GT-style orange stripe pop,” says Chris. Complementing the stripe is the Sand Barra logo – a riff on the GT Falcon’s Super Roo – which is detailed down to the point that the fish’s tyres have a red stripe on them like the car itself. The logo is repeated on the FG Falcon console and horn button. Neat! Not only did Chris pinch the driveline and centre console from an FG, he also took the front brakes. Chris employed a Tuff Mounts Barrawhore kit to mount the engine and did some pretty serious mods to the sump. As the factory Holden steering box wasn’t going to play ball with the Barra, Chris replaced it with a CRS-based rack and pinion set up; scalloping the front crossmember to make it all work. We’ll go into more detail about the swap in the future, but it wasn’t the easiest swap around, especially if you want to meet WA’s strict registration rules like Chris did. For example, the Barra’s exhaust was going to run right through the factory fuel tank position, so Chris fitted a custom fuel tank behind the seat. “Because the car has to meet the factory emissions, you have to run a big muffler and catalytic convertor, which takes up a bit of real estate.” The next step will be to get the ECU side of things sorted and get the car fired up. The initial inspiration for the build was to do Drag Challenge. And with With air conditioning, a good stereo and heaps of sound deadening, we reckon it would be an awesome way to take on DC. Not to mention a great rolling advert for Chris's Dicker's Speed Shoppe biz.