FOR every big event we attend each year, I always try to do a Telfo's Top Ten yarn. These lists aren't scientific by any means - I simply pick 10 cars that caught my eye. We'll cover as many of the winners  as we can in other stories.

1. Andrew Haintz's HT Holden Kingswood wagon may not look too wild, but it is a super-cool cruiser that I'd love to have in my shed. While it looks stock, there is an injected 5.0-litre and TH700 combo under the bonnet. For last year's RCN, Andrew and family drove the car down from Darwin and added some sight-seeing into the mix too. For 2018, the car copped a bunch of upgrades, including an Active twin-throttle body intake. 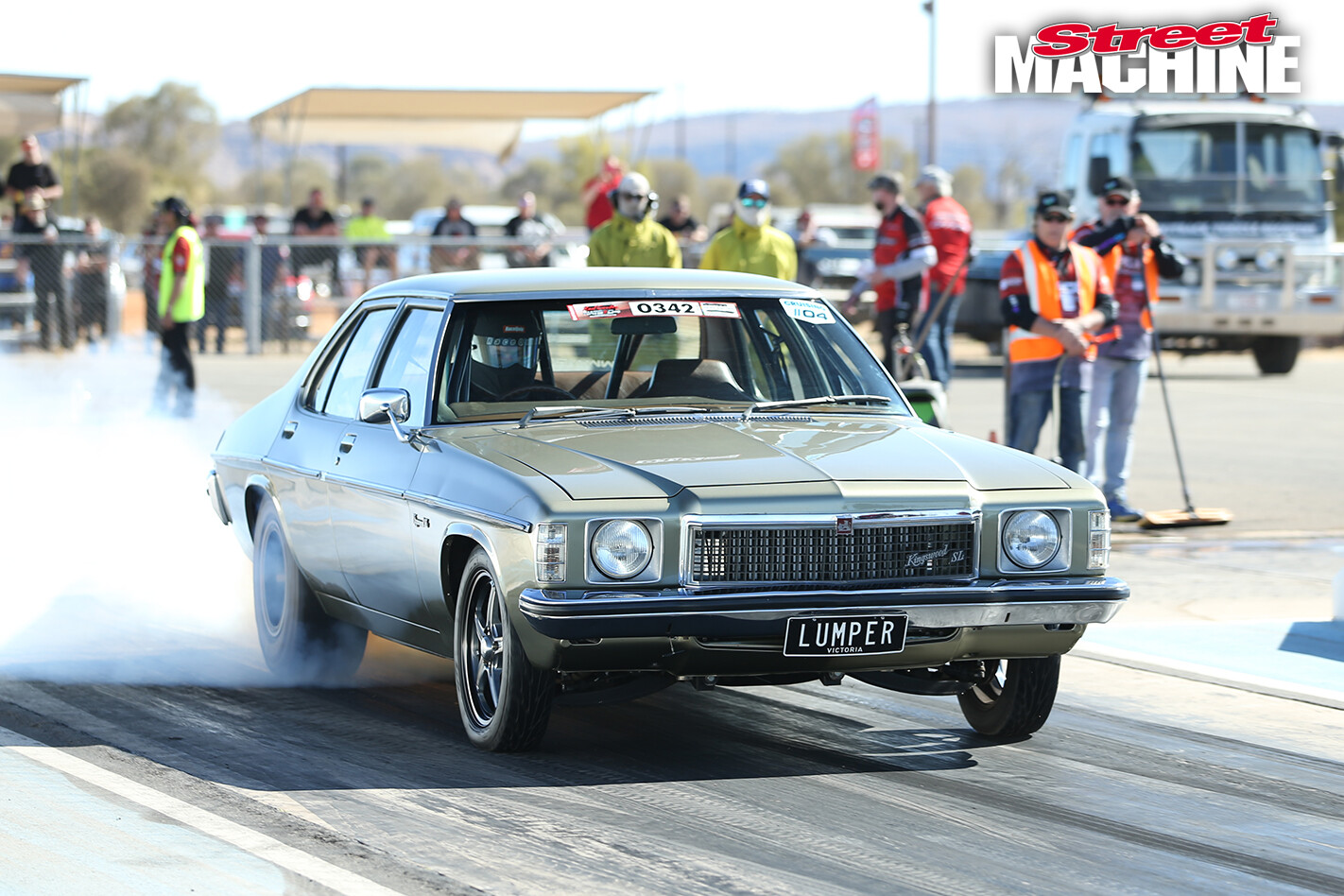 2. Matt Lampard was at the very first Red CentreNATS in 2015. Back then, the HZ Kingswood was running a basic aspirated combo, but these days she is packing a whole lot more. The twin-turbo 427-cube LSX combo performed exceptionally at Red CentreNATS. Not only did the HZ take out the highest figure on the dyno with 1355hp at the hubs, but it was also the fastest car down the slippery ASID quarter-mile, running a flat nine-second pass at 158mph. 3. Red CentreNATS is all about fun and no car made us smile more than the Tiny Towing Suzuki Carry. The car has been a fixture of the FNQ burnout scene for at least 20 years, originally with Clevo power. These days it is rocking an SBE LS1 that has been fitted with a mild VCM cam and runs E85. Owner Jay Chin Tie drove the wheels off the little truck all weekend, placing fourth in the Burnout Masters and giving the motorkhana a good shake too. 4. Here is a blast from the past! This time-capsule Camaro was owned by Lindsay Hannington, who was art director of Street Machine during the Geoff Paradise era. The 454-powered beast remains in Lindsay-specification under the guardianship of current owner Brett. 5. The hard luck award goes to Paul Beunfield, from Humpty Doo. Paul's EK Holden wagon had an altercation with a bush turkey who tried to pick a fight with it. The turkey came off second best. but the EK was left with a nasty ding in the bonnet. Paul wasn't too worried and reckons that the bonnet emblem was the deciding factor in the bird versus car battle.

6. Another car that made us smile every time we saw it on public roads was Allan Applebee's Gemini. While the Gem used to run a big-cube rat motor on methanol, Allan has fitted a basic LS motor, hyped up with a single turbo and water/air intercooler on E85. As a result, the Gemini runs hard, requires little maintenance and handled the Alice Springs traffic with ease. 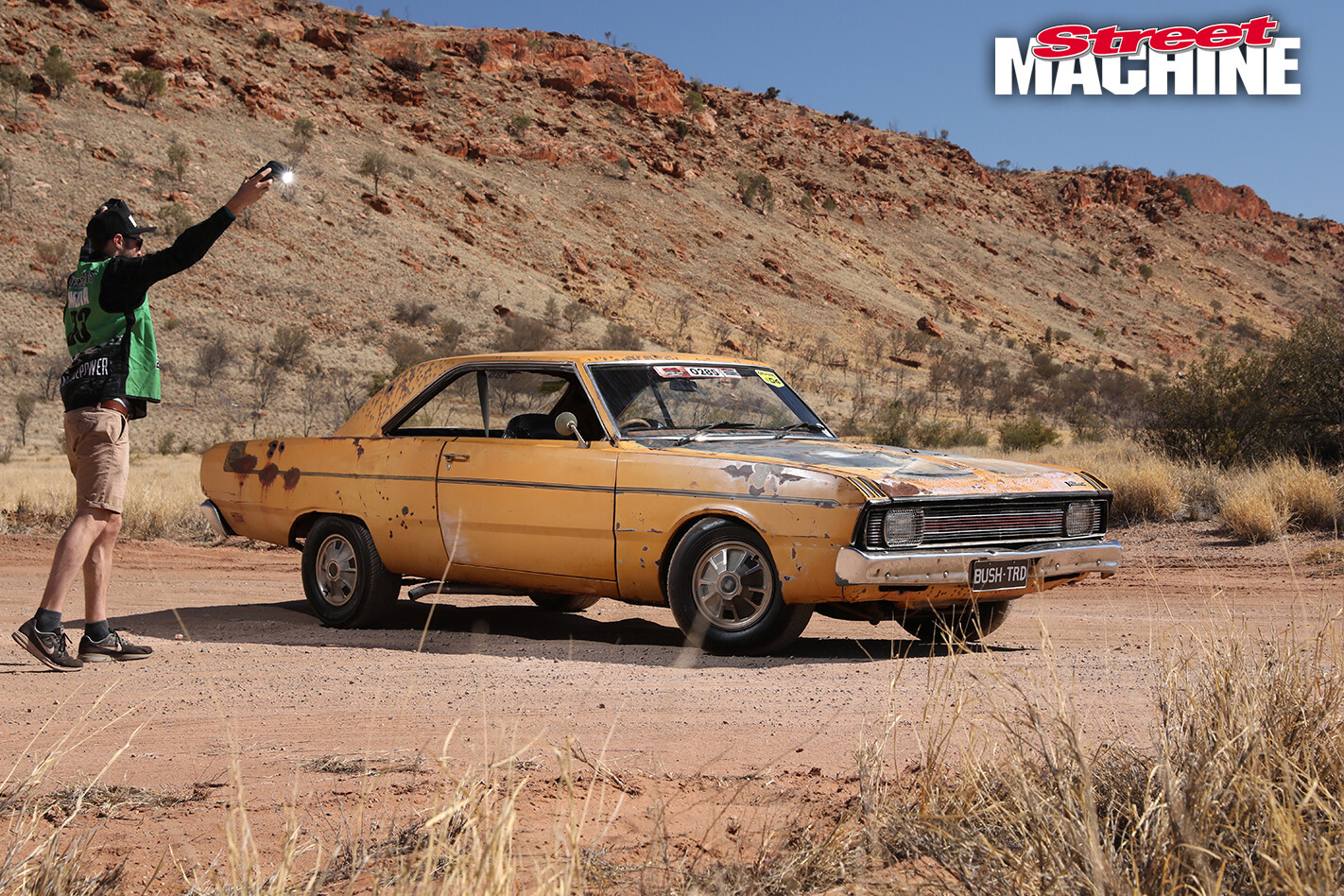 8. We'll have more on David Rawnsley's Valiant Pacer soon, but our hats are off to the guy for rescuing a car that has sat abandoned and been used as target practice for decades. 9. We have written about Al James's 1971 Plymouth 'Cuda before and I'm pretty sure we'll write more about it in the future! Powered by a 528ci Wedge motor, the 'Cuda is the epitome of an tough and tasteful muscle car. 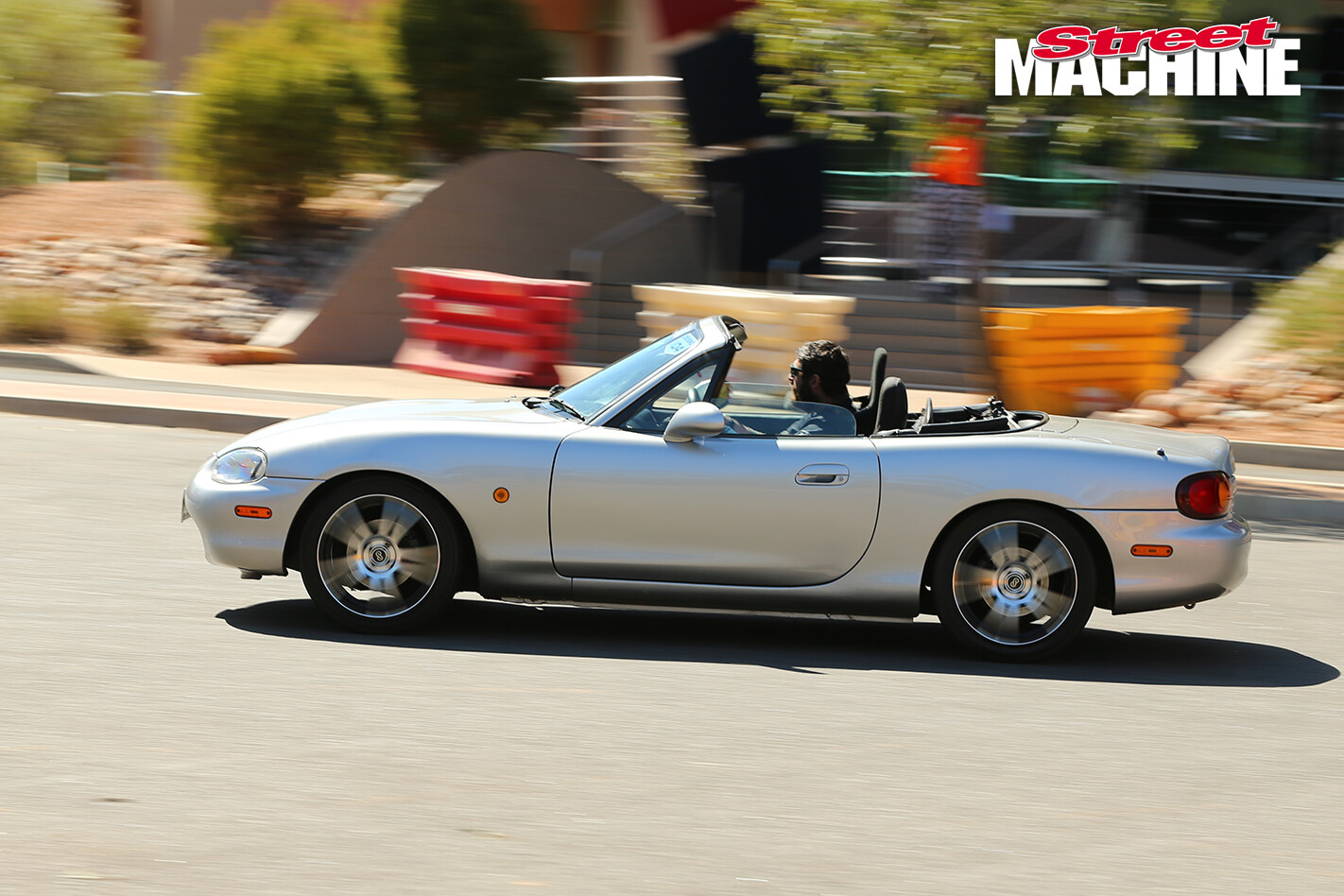 10. And finally, a shout-out to Yuri Kardashyan, who took out the motorkana event for the second year running in his Mazda MX-5. Adam Rogash gave our own MX-5.7 a hiding in the same event, which will feature in the next episode of Carnage.