As well as being nothing short of bliss for Torana-heads, the 2008 event also hosted the A9X Nationals and a 90th birthday tribute dinner for Harry Firth

WHAT is it about the Torana? Nerds love the fact that it’s one of the only cars ever built in four, six and eight-cylinder guises. But what would those anoraks know? The Torana’s legend was forged in the heat of battle — on the race track.

All this and more is celebrated at Toranafest. Organised by the Hunter Valley Torana Club and held each October since 1991 in Newcastle, NSW, the event attracts enthusiasts and their cars from all over Australia, peaking with a show ’n’ shine on the Sunday, held on the Newcastle Harbour Foreshore. 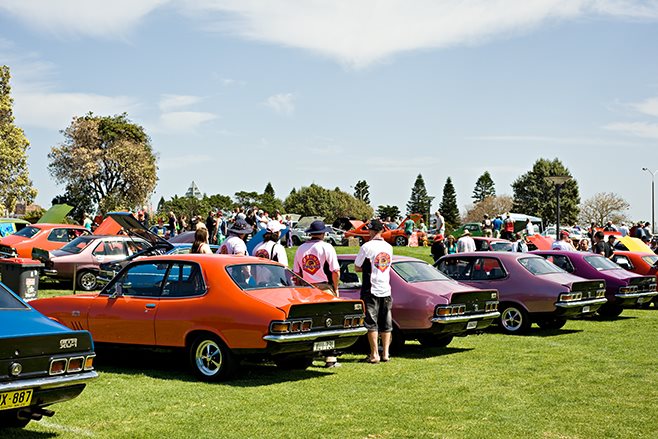 This year, Toranafest also hosted the A9X Nationals and a 90th birthday tribute dinner for Harry Firth. As the head of the Holden Dealer Team in the late 1960s, Harry was the fella who noticed the talents of a young Peter Brock. With his no-nonsense approach to vehicle preparation and team management, he was the brains behind the Torana’s — and Brock’s — first Bathurst victory, in 1972.

Held at the Newcastle Jockey Club, the dinner was attended by a gaggle of Aussie motorsport identities who, along with some 200 other diners, were treated to a display of the Monaros, Toranas, Cortinas and Falcons that Harry developed for racing. For those not in the know, Harry race-prepped Fords before defecting to Holden. The proceeds of the dinner were donated to Ronald McDonald House. 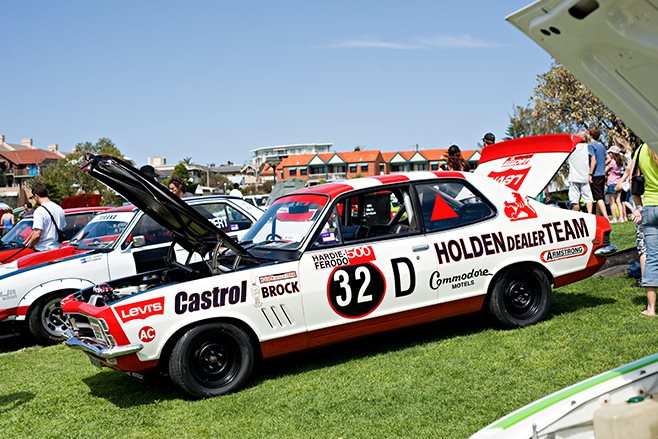 Saturday was a cruisy day, with dozens of Toranas taking in the tourist routes and wineries of the lower Hunter Valley. Some toured alone, others with their clubs, but it was Sunday show ’n’ shine that most had come to attend.

The vibe of days past returned in the stunning spring weather thanks to a background of 1970s Aussie rock from the likes of Skyhooks and Daddy Cool, plus the many cheesy-yet-cool radio advertisements playing all day. The scene was nothing short of bliss for Torana-heads.

The different models were lined up door to door in several large rings, with the A9X Nationals cars as the centrepiece. 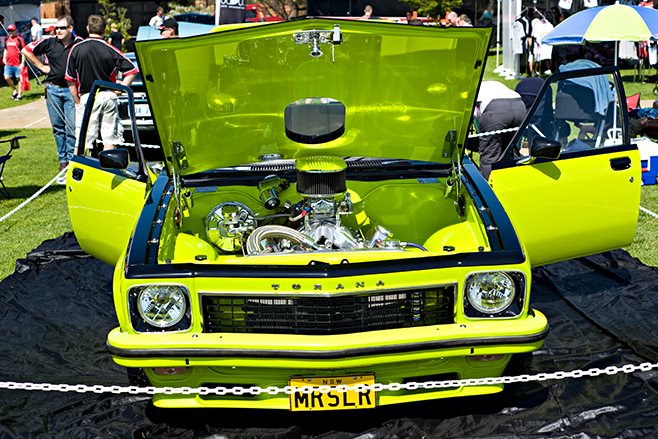 No matter which way you went — and it was impossible to cover it all in less than three hours — the Foreshore became the centre of the Torana universe for the day.

Numbers of cars and punters were up this year, with 230 Toranas answering the call.

“Last year we had around 150,” says HVTC president and Toranafest boss Mick McCardle. “That’s pretty good for a one-make event. This year, we had entrants from Queensland and a fella who shipped his A9X from Tasmania. It’s really gaining momentum; I’ve heard whispers about some West Australians who want to bring their cars over on a transporter next year.” 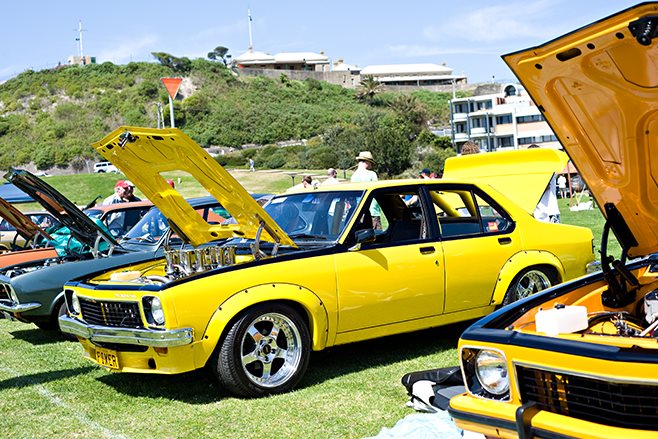 There’s always been keen interest in the flares ’n’ fatties brigade — what 1980s P-plater didn’t own or have a mate with a kitted T’rana? — but as with most Aussie cars of the 60s, 70s and 80s there’s growing interest in and respect for dead-set originals these days.

More and more one-owner, low-kay examples are being pulled from grandparents’ garages and bowling club car parks to be proudly displayed, along with their original service records and era-correct dealer brochures and magazine ads, as a slice of life in the 1970s.

But of course the performance models weren’t forgotten. As well as a generous scattering of GTRs, SL/Rs and SL/R 5000s, more than a dozen examples of the A9X turned up for the A9X Torana Club 2008 Nationals — a real show-within-a-show. These specially built race homologation sedans were the ultimate Toranas, and some of the fastidious restorations on display here were without question in better condition than they were 30 years ago. 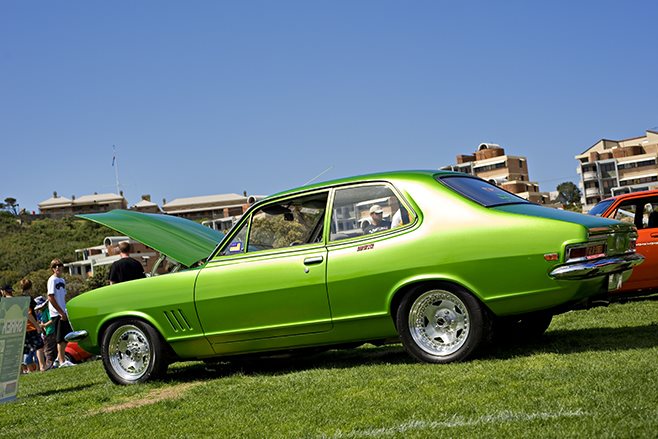 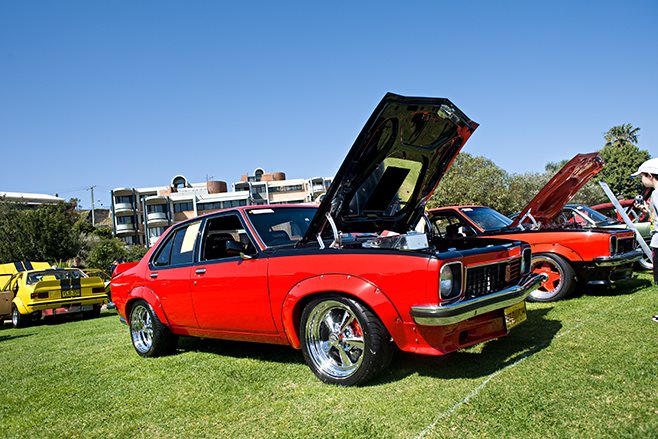 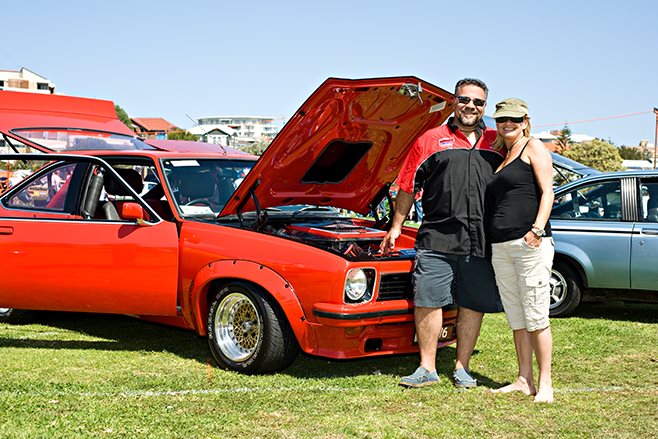 3. Not shy to rack up the kays, Frank Oliveri clocked nearly 1000km from Queensland to Newcastle in his hatch. Wife Mel flew down but both were looking forward to the Gold Coast. Frank has owned the car since 1980 and is an associate member of the A9X Club. The LX got the nod for Best Associate Member Car. 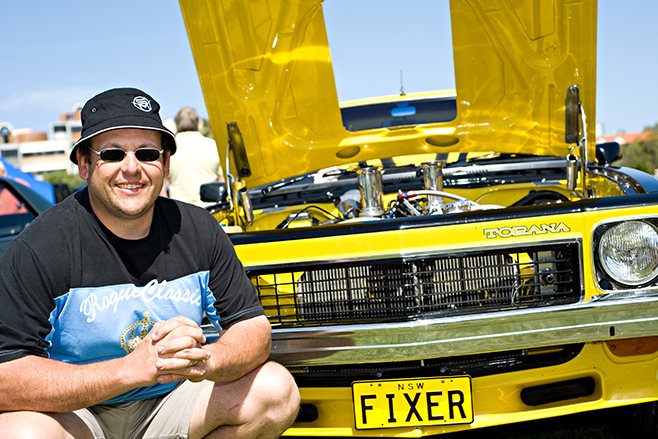 4. Nick’s been to every Toranafest; this is his third Torana. Bought in 2004, he added the Simmons wheels and Recaro interior. “It’s not a daily driver but I drive this up the coast every year for my holidays,” he said. “Plus it goes to Summernats. I built it to drive.” With its Redline manifold and Haltech EFI, the 308 makes around 440hp. Nick plans to restore it and transplant the hi-po bits into another car because under all that glitter and grunt this is a two-owner A9X! 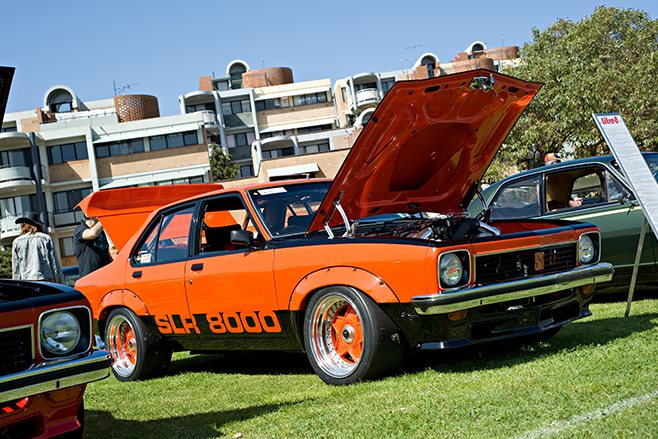 5. Howard Bell's Torana was built with its injected eight-litre Keith Black alloy big-block in the early 1990s and it's been refined ever since. The MoTec-controlled engine channels 540kW through a super-duty Jerico five-speed and Harrop nine-inch. 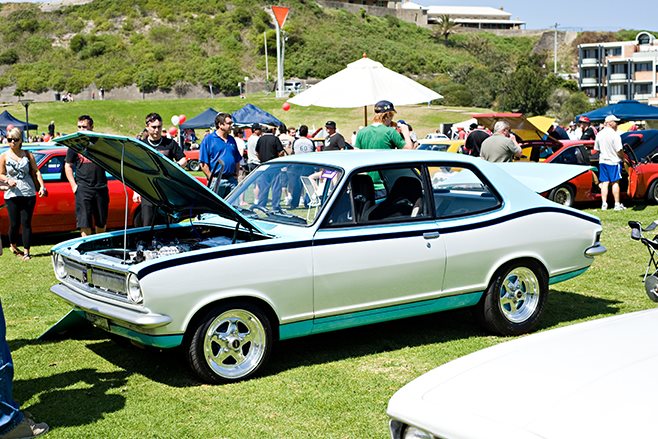 6. Despite the shorter nose of the Torana fou-cylinder models, Rick McLachlan's squeezed a Commodore 3.8-litre V6 into his LJ. And a Toyota supercharger. 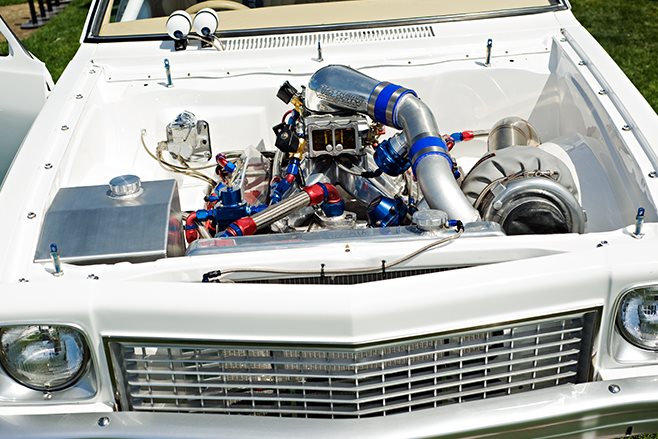 7. David Hellyer has owned this LH since 1997 but his new engine was started only the day before the event. Built by Performance Cylinder Head Dynamics in Penrith, it's stroked to 355 and has a tiny Garrett and 900cfm C&S methanol carby combo. It's run into the 10s but is waiting for a beefy new Powerglide to arrive from the US to cope with 900 horses. 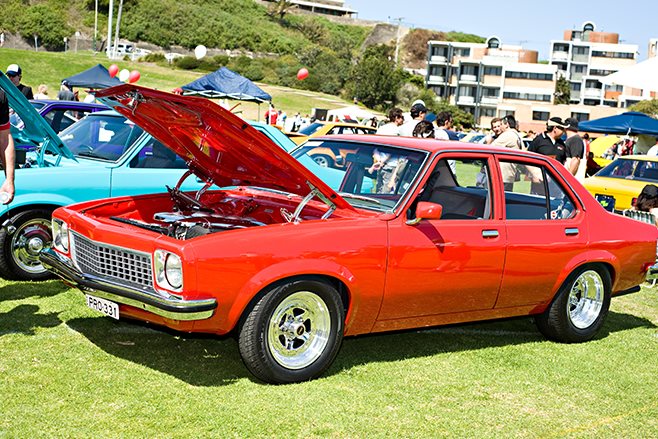 8. Dave Andrews bought this Torana in damn-near as good condition as he had it all Toranafest. Powered by a 90s-era injected Holden V8, it's a regular driver. 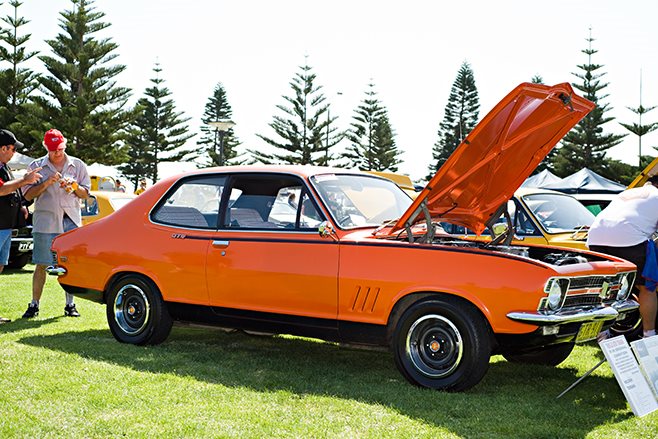 9. The display board said it all: “This LC GTR Torana is in original condition. Not yet restored.” Owner Ken Mortimer should be proud — it’s done nearly 330,000km.