Records have been blown away at Summernats 32 with the Turbo versus Blower Challenge blowing spectators’ socks off en masse. After besting the AC Delco ProSlammer in the previous two rounds, Dale Heiler had the Castle Hill Performance VT Commodore set to kill on Sunday in front of a packed house. 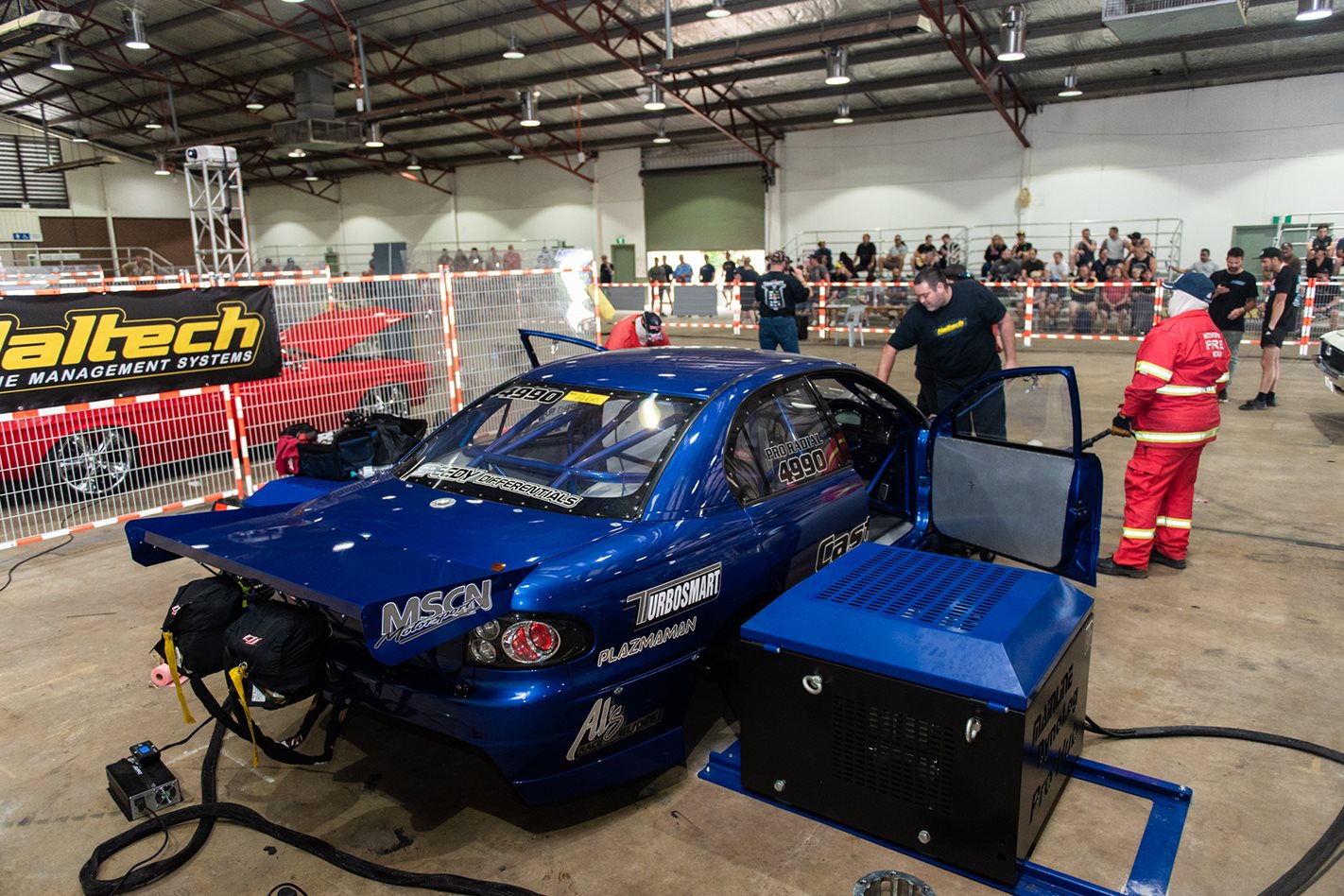 With no free space in the MPW Performance dyno hall the Haltech EFI-controlled 540ci twin-turbo big-block threw down a 3076hp pass, backed up with a 3065hp run. This set a new benchmark for the highest power ever recorded on a dyno at Summernats. “That had 54psi in it this time, but I thought it might have done a little bit more,” said Dale, the Sydney-based tuner and radial racer. 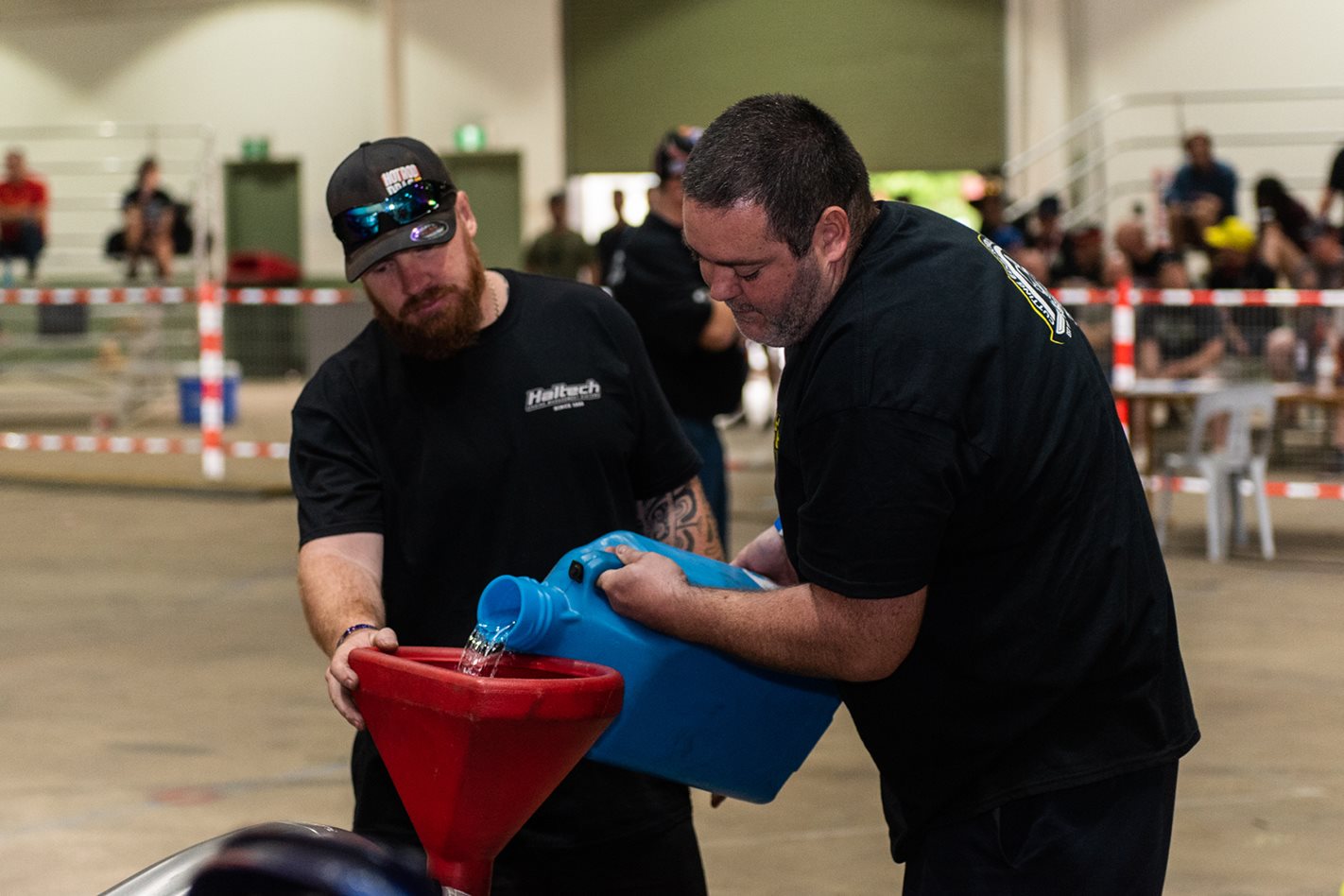 While Maurice Fabietti and the AC Delco team threw everything at the 500ci AJPE Hemi in their Monaro ProSlammer, it wasn’t enough to overcome Dale’s snail-fed big-block. A pull of 2988hp backed by 2992hp are not small numbers, but they also came up a little short after three awesome days. 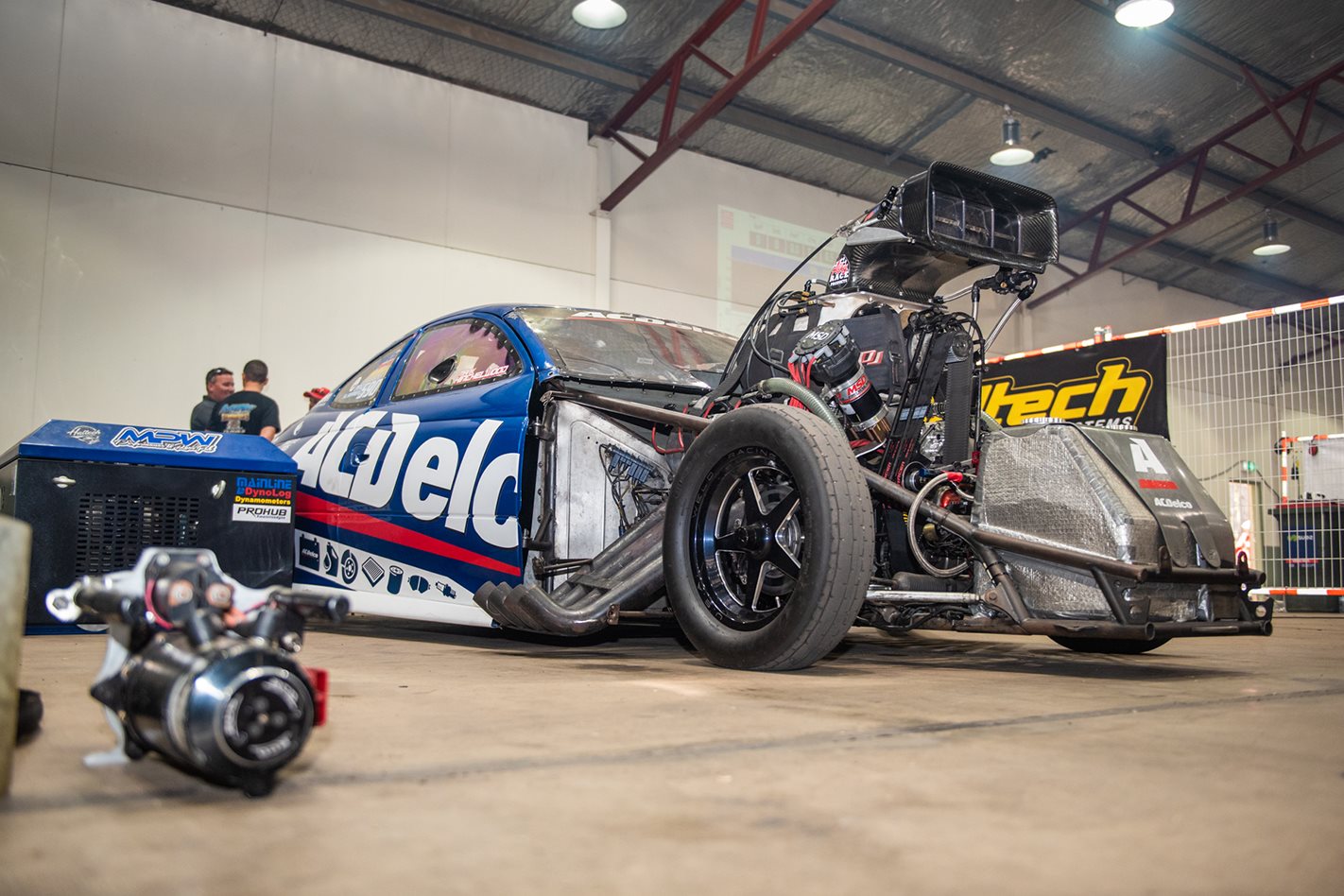 “This has been the best time,” said Maurice, “We’re like a family here and we’ll go home, lick our wounds, but if we get to come back we’ll come back ready to do battle again!” 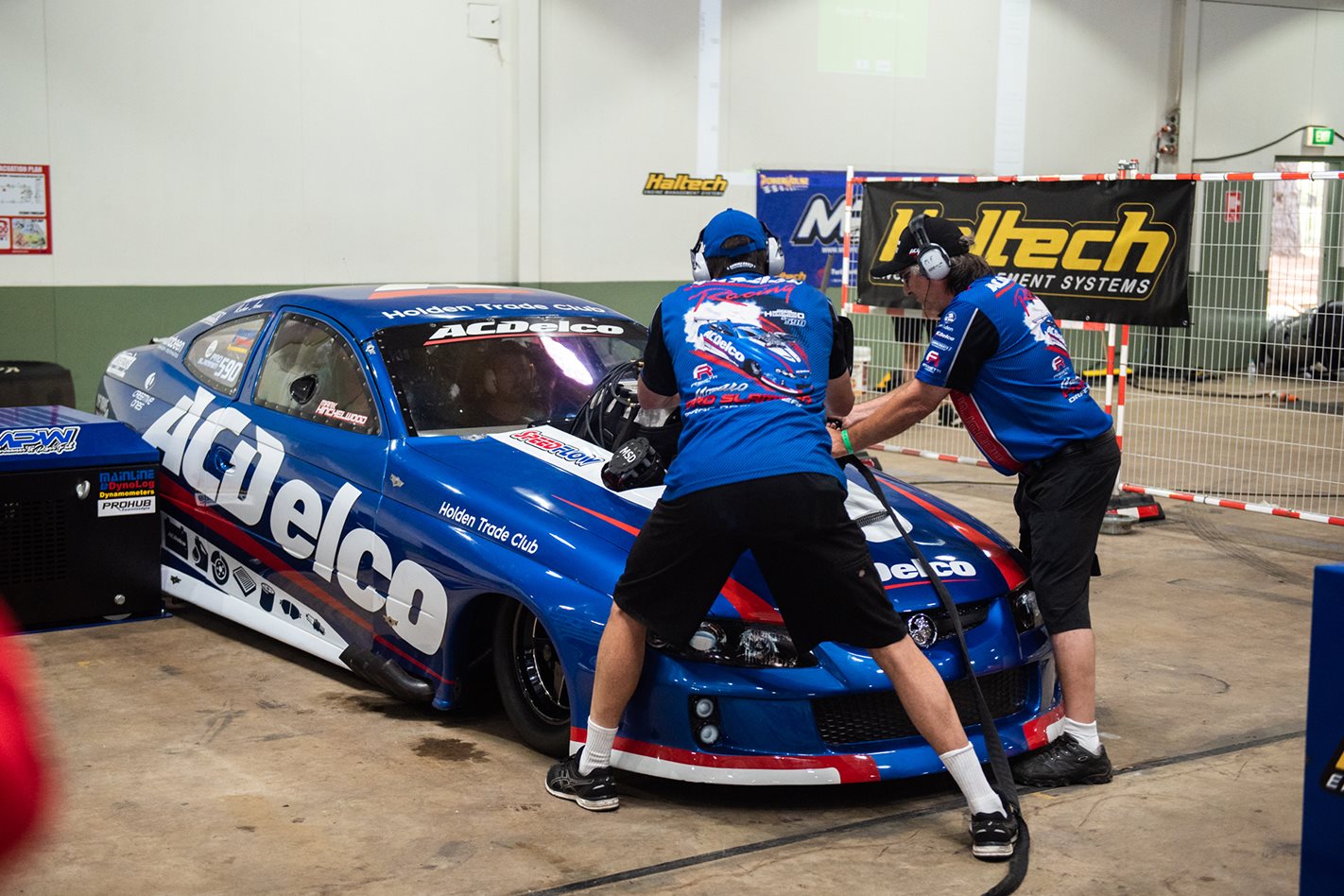 A gracious winner, Dale was also quick to point out one difference between the two cars, “The cool thing about the supercharged car is that is how they would run it down the strip, but my car probably wouldn’t be able to handle this power at the track right now. It’s been an awesome time and I hope the crowd enjoyed it because this is a unique opportunity to see a car like the AC Delco ‘Slammer running on the dyno, just 15m from them.” 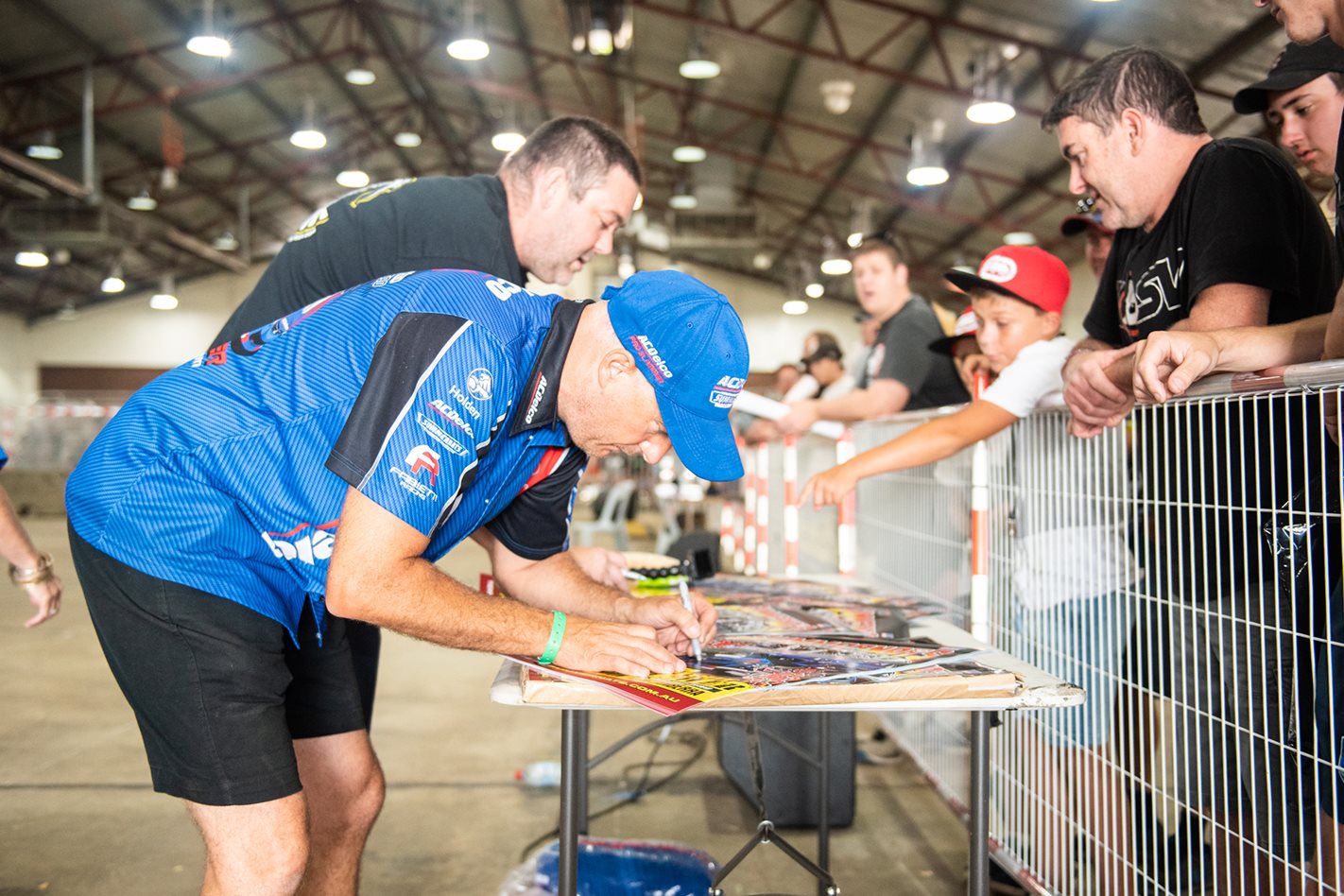