THIS would have to be one of the craziest engine swaps we saw at Street Machine Summernats 31. Previously Mal Schoch had a stroker MEL motor in his tough 1966 Lincoln Continental, however for this year’s Summernats he put together something that has even more grunt and is certainly a lot more out of the ordinary. 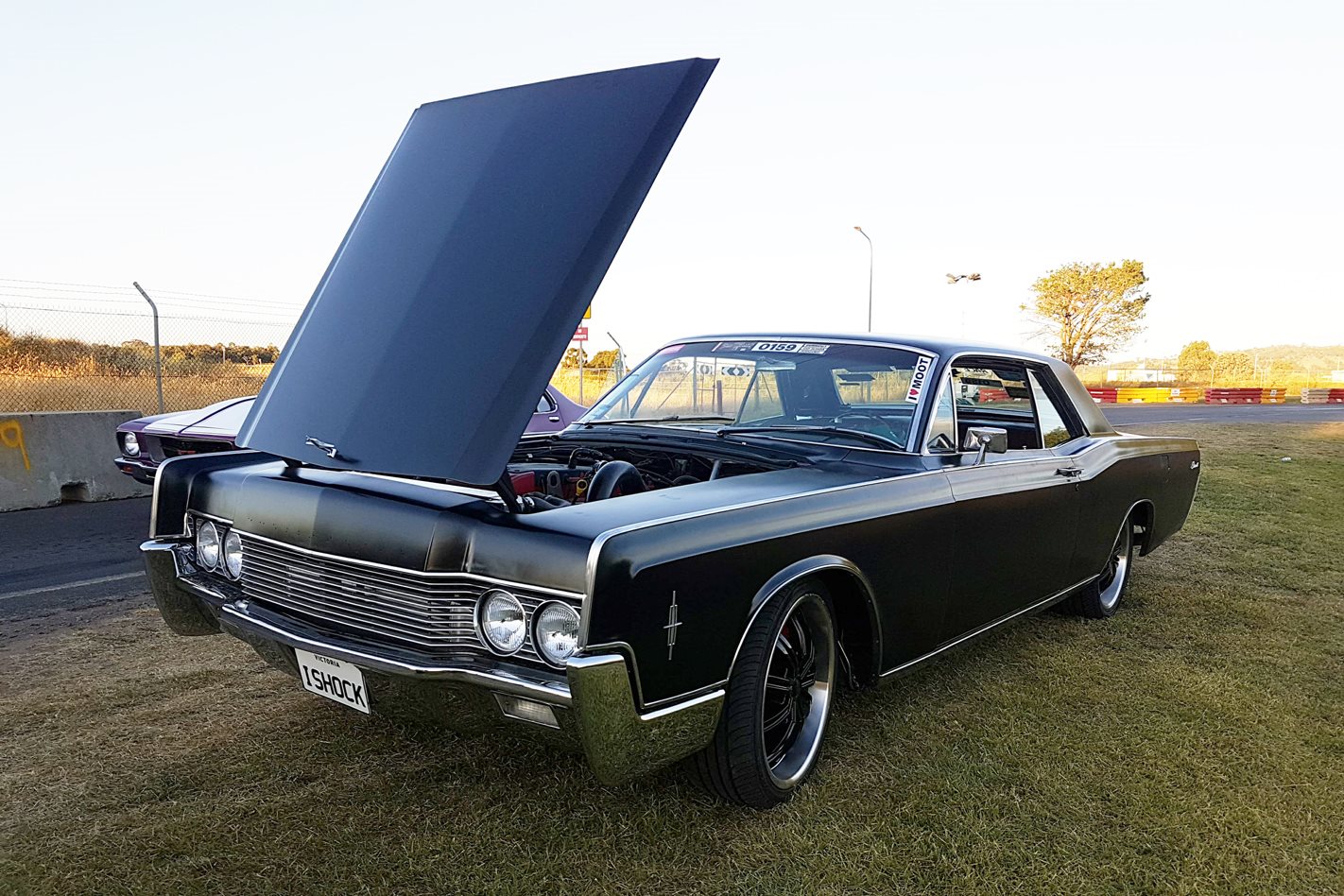 Pop the bonnet and you’ll find a Ford XR6 Turbo Barra motor, which with basic mods is putting out around 600rwhp! Being such a big, heavy car it’s still no rocket ship but she definitely gets up and boogies. 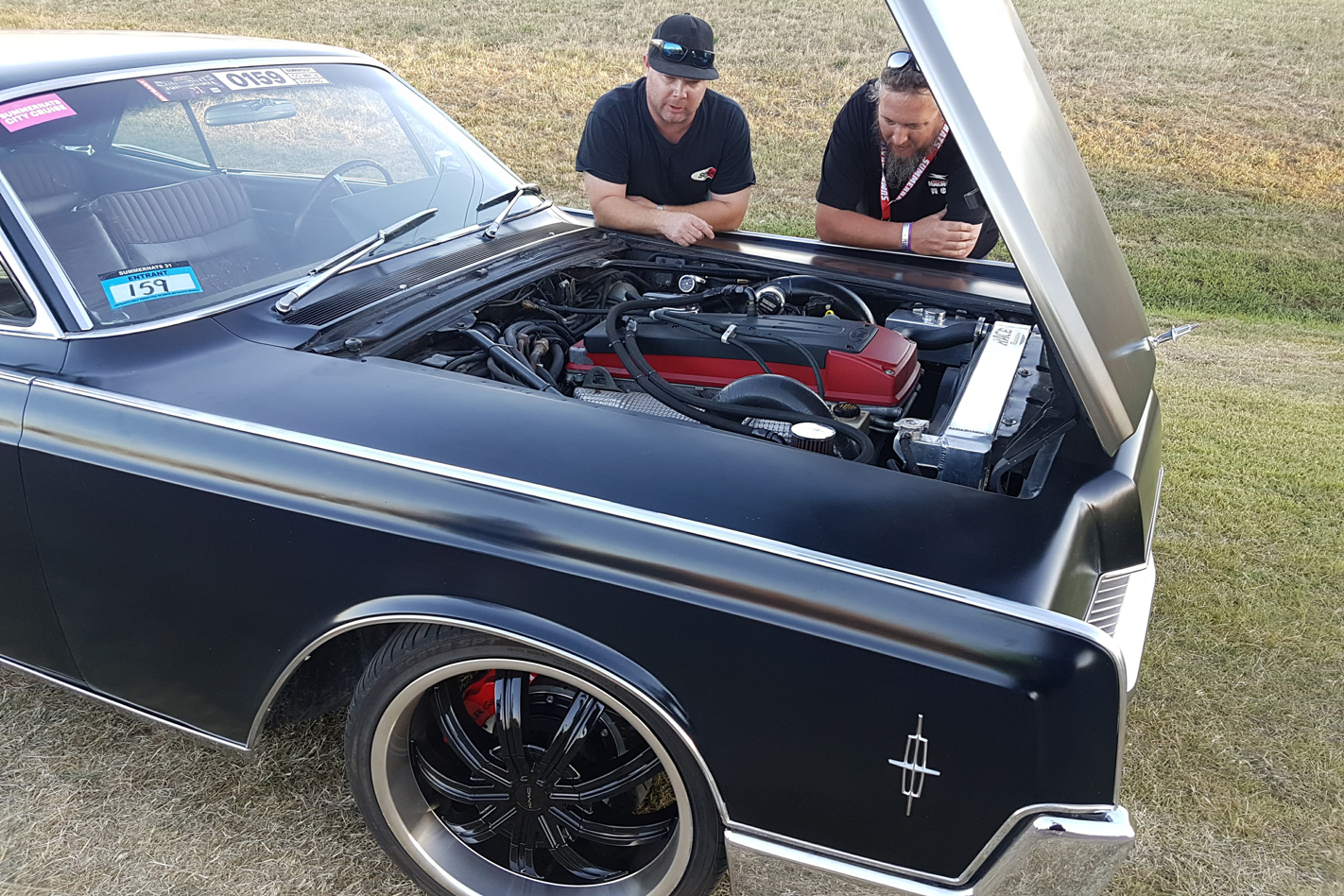 The Barra was a last minute decision as Mal is actually building a Ford big-block for the car but it wasn’t going to be ready in time for Summernats, so he went to the FG XR6 Turbo donk. To get the Barra in, Mal used his big-block engine mounts modified to suit the Barra which is now backed up by a TH400 transmission – incidentally the only major non-Ford part used in the build. Mal also used spacers to lift the engine and trans so that the linkages would suit the factory Lincoln column shift, so it all operates like a factory car. Aside from a couple of extra interior gauges, it all looks original. 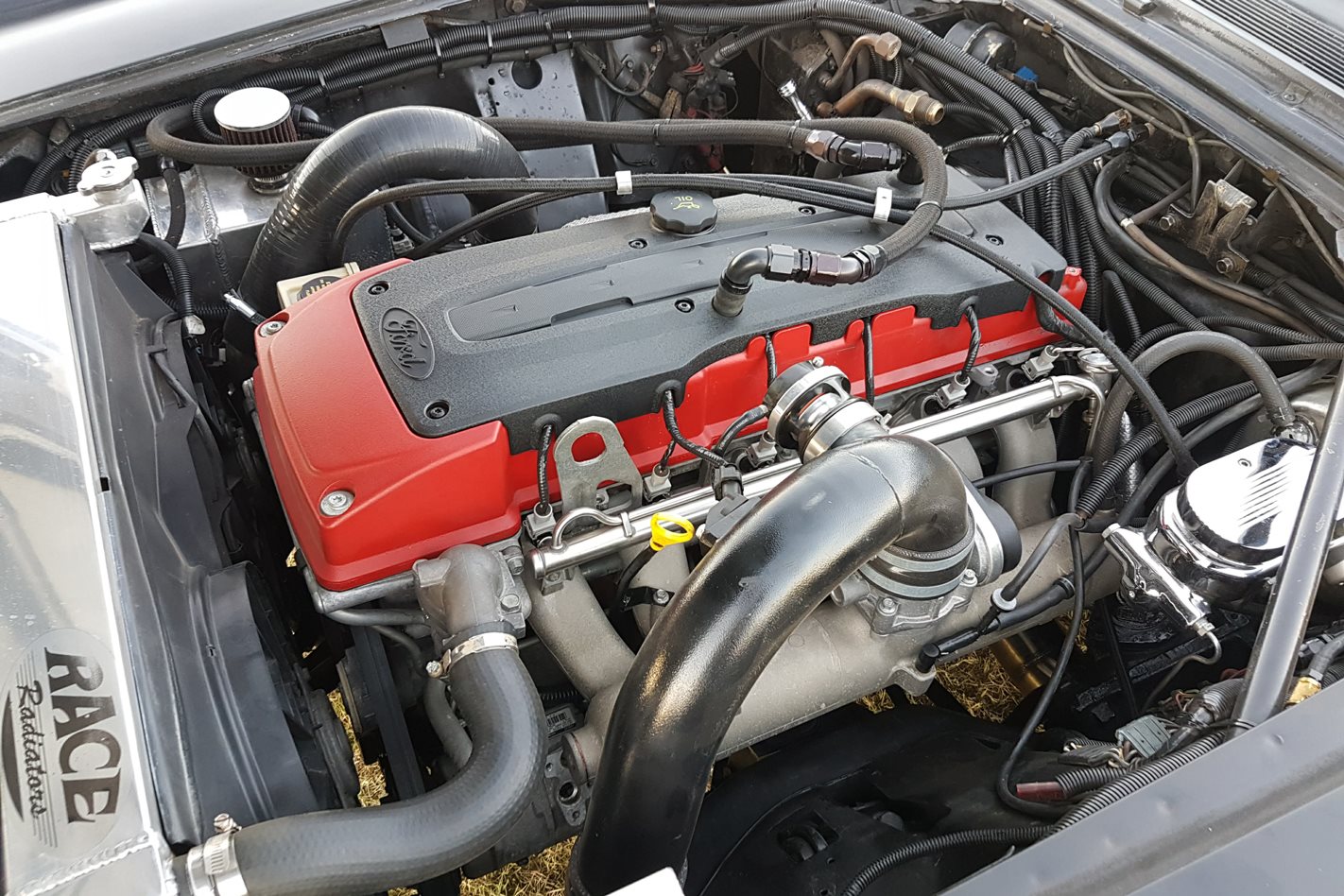 The Barra power steering was also teamed with the Lincoln power steering and Mal used a Ford Ranger intercooler for the turbo setup. Essentially the aim was to retain as much of the big-block hardware as possible to make it easy to swap back when the new big-block is ready.