WITH its brutal old-school pro street styling and stunning build quality, Matt Morgillo’s HQ Statesman has been a hit with the punters at Summernats 31. The thing is big, from the 1046hp, 632ci tall-deck Chev up front, to the 31x18.5in tyres on 15x15in Center Line Autodrags in the back.

The Dino Cecere-built big-block is backed by a Reid-cased Powerglide, which in turn channels grunt rearwards to a nine-inch diff cradled in a McDonald Bros four-link. “The car has been about four or five years in the build, and we finished it about three months ago,” said Matt. “I wanted to keep the original pro street theme and bring back the old-school style.” 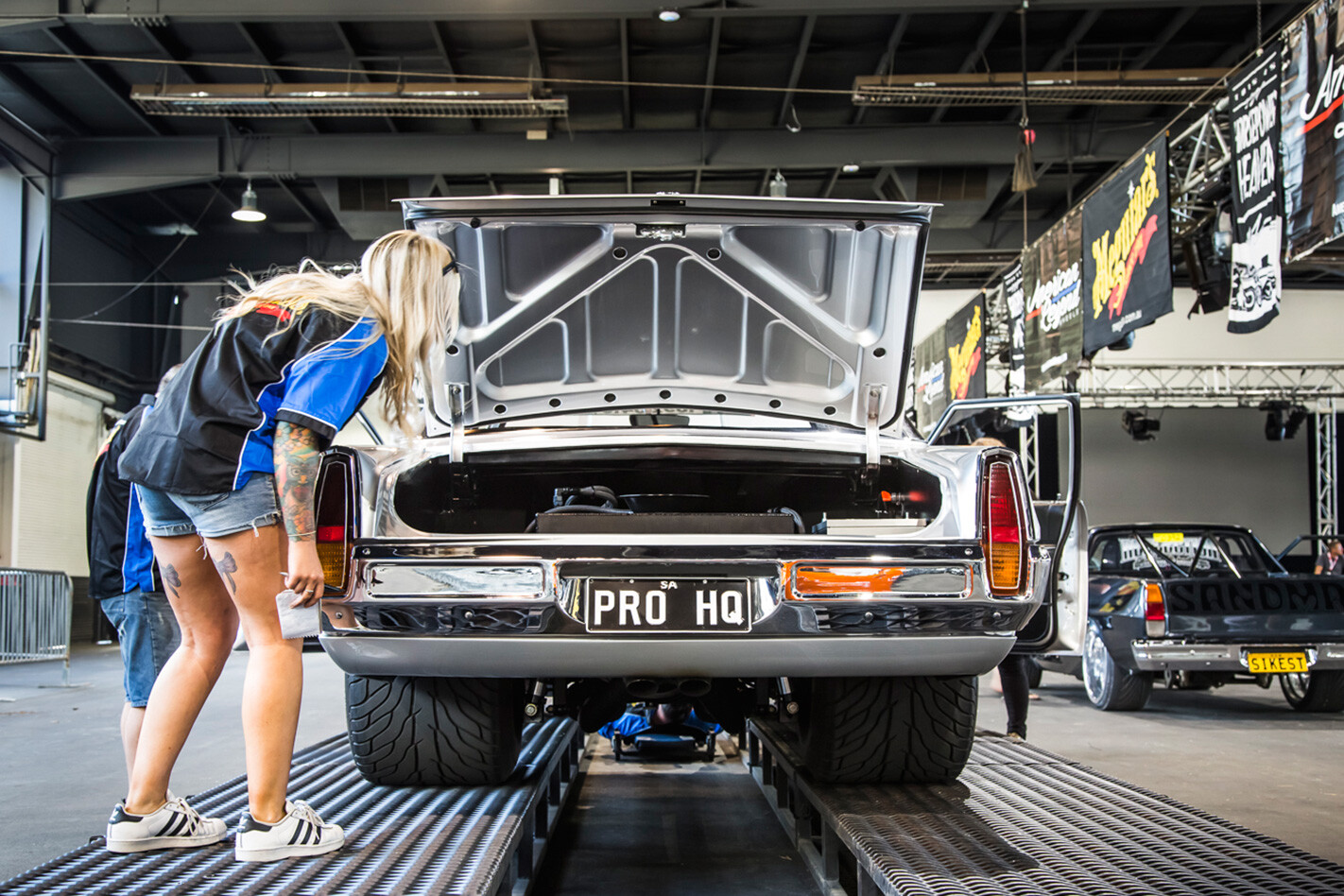 It’s very standard in terms of exterior treatment, with the paint and bodywork expertly handled by Pro Formance in Adelaide. Inside, a restored-to-stock interior means seventies luxury abounds. “I wanted to keep it as original as possible with the vinyl roof and the extra chrome work,” said Matt.

Period styling with a tough, pro street stance and mega horsepower is all the rage at the moment, and Matt’s Statesman nails the concept perfectly.