Bubba's Commodore wins Horsepower Heroes with 2483hp at the hubs 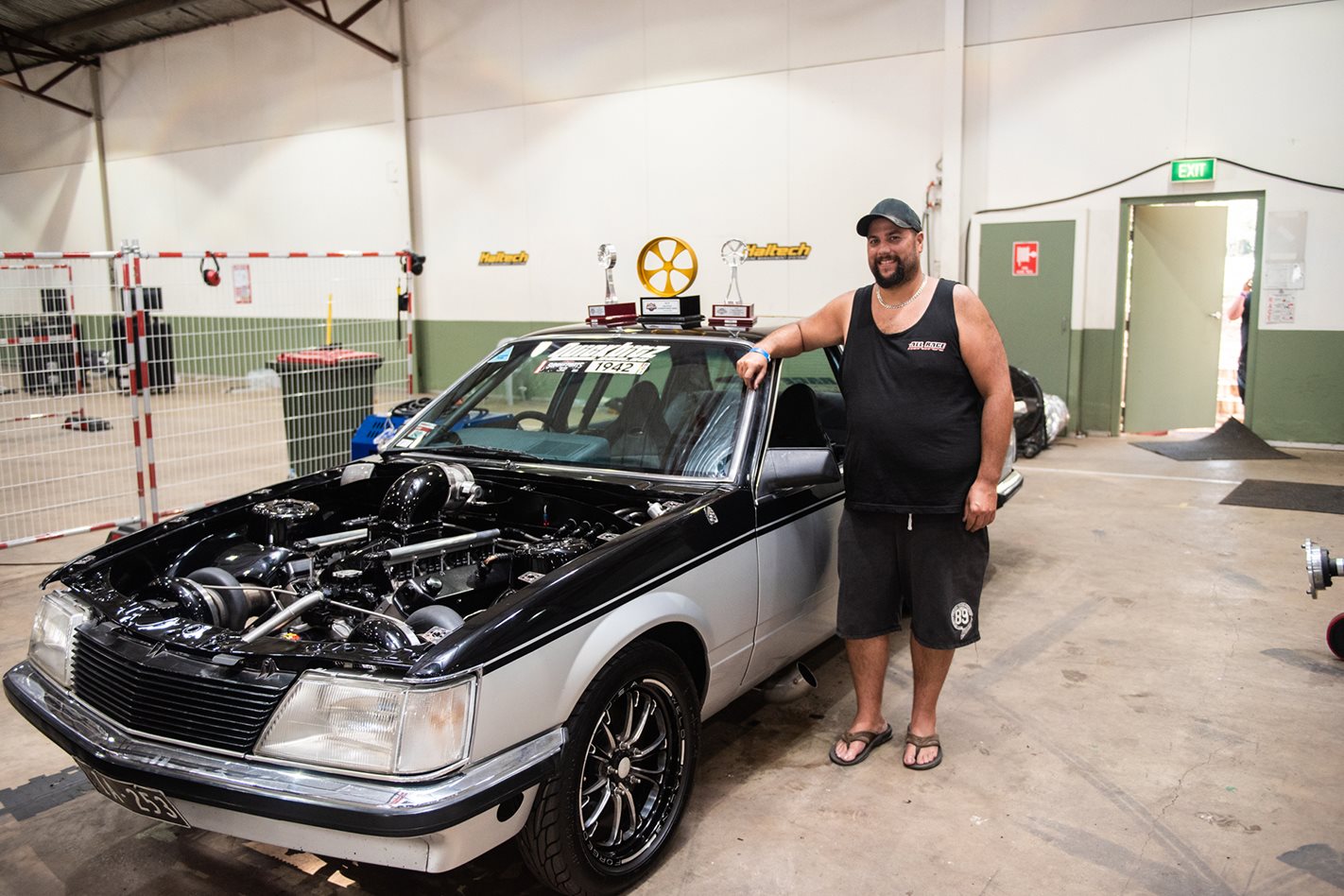 Despite the Friday heat doing its best to beat the dyno challengers into submission, Bubba plugged 37psi into the VH and it turned out 2261hp. After the crowd subsided from the frenzy they had exploded into, Adam Rogash whipped a lazy 1400hp soft pull just to complete the two required passes to qualify for the finals at the end of the weekend. 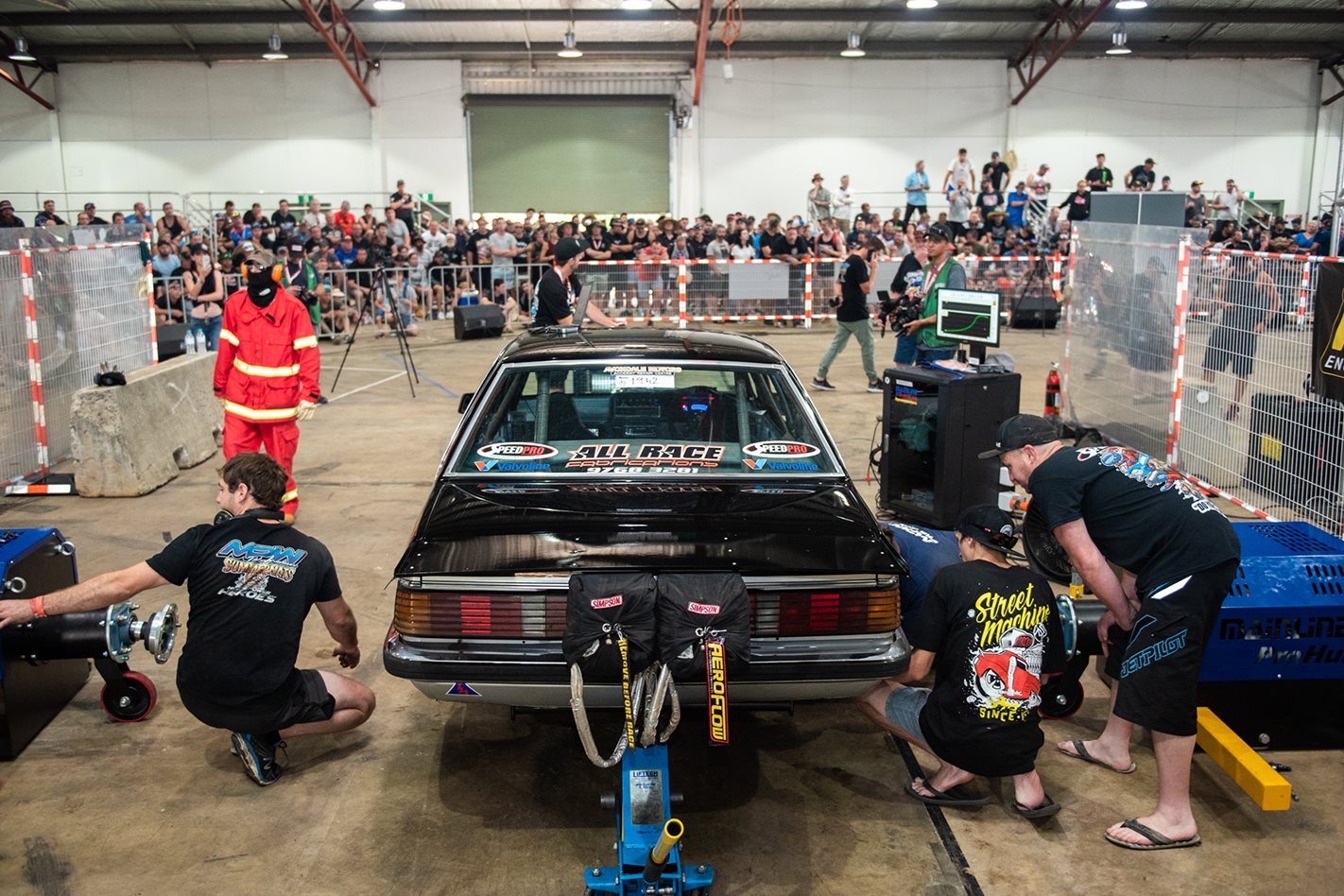 While many people would have treated their car with kid gloves until they got through the finals, Bubba took the SL/E down to Skid Row to celebrate with a towering burnout, before bringing it back to the MPW Performance Dyno Cell. He gave it a service on Saturday, emptying most of the engine oil from the catch cans. 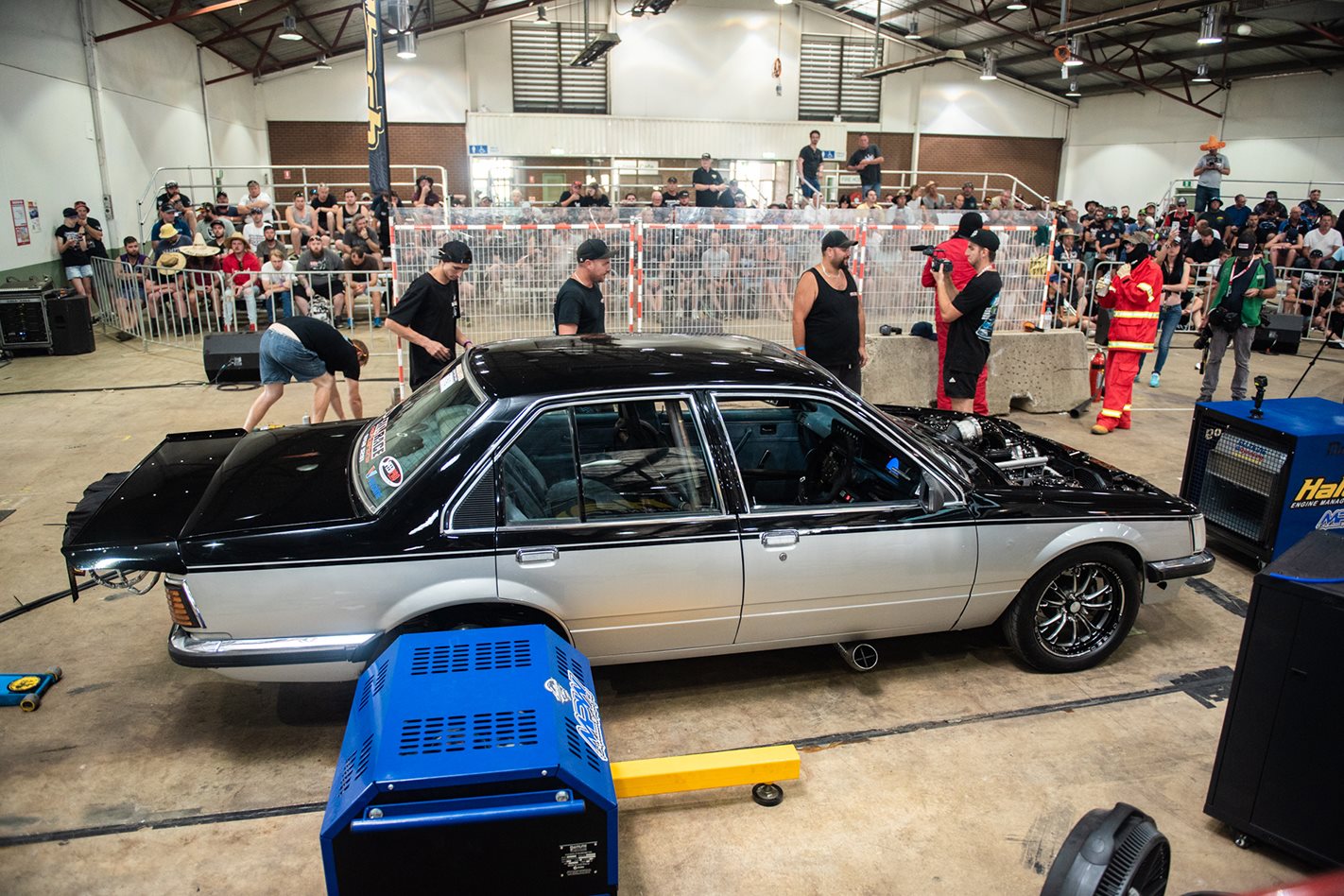 For Sunday Bubba was keen to push 60psi worth of hurt into the sub-400ci small-block. Running with very little water in the motor, but cooled by the methanol fuel, the first pull had the crowd screaming as 2445hp flashed up on the screen. 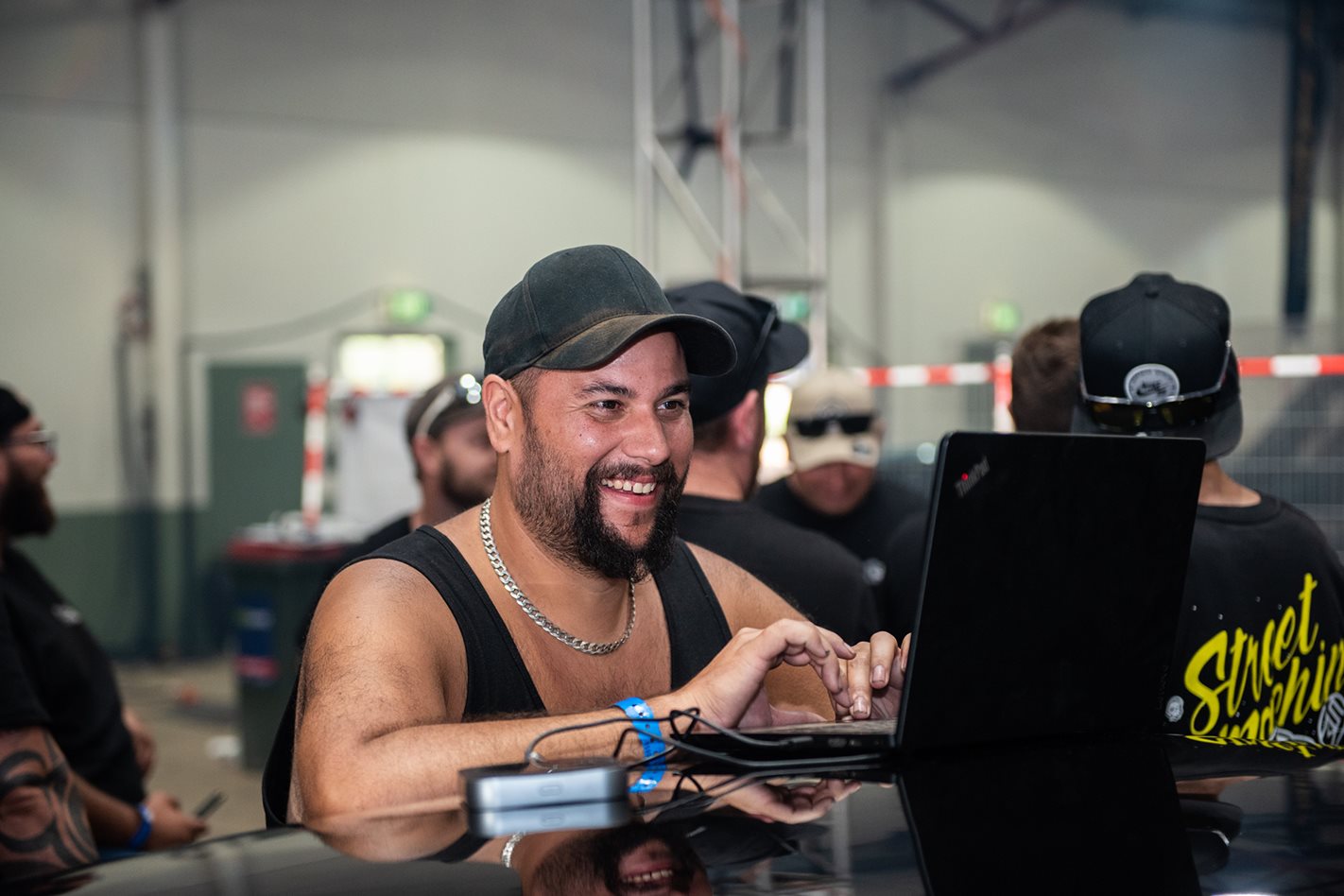 With around 50psi shoved up the Torque Power motor’s guts, the VH finished the weekend with a new Haltech Horsepower Heroes record of 2483hp (1851kW). 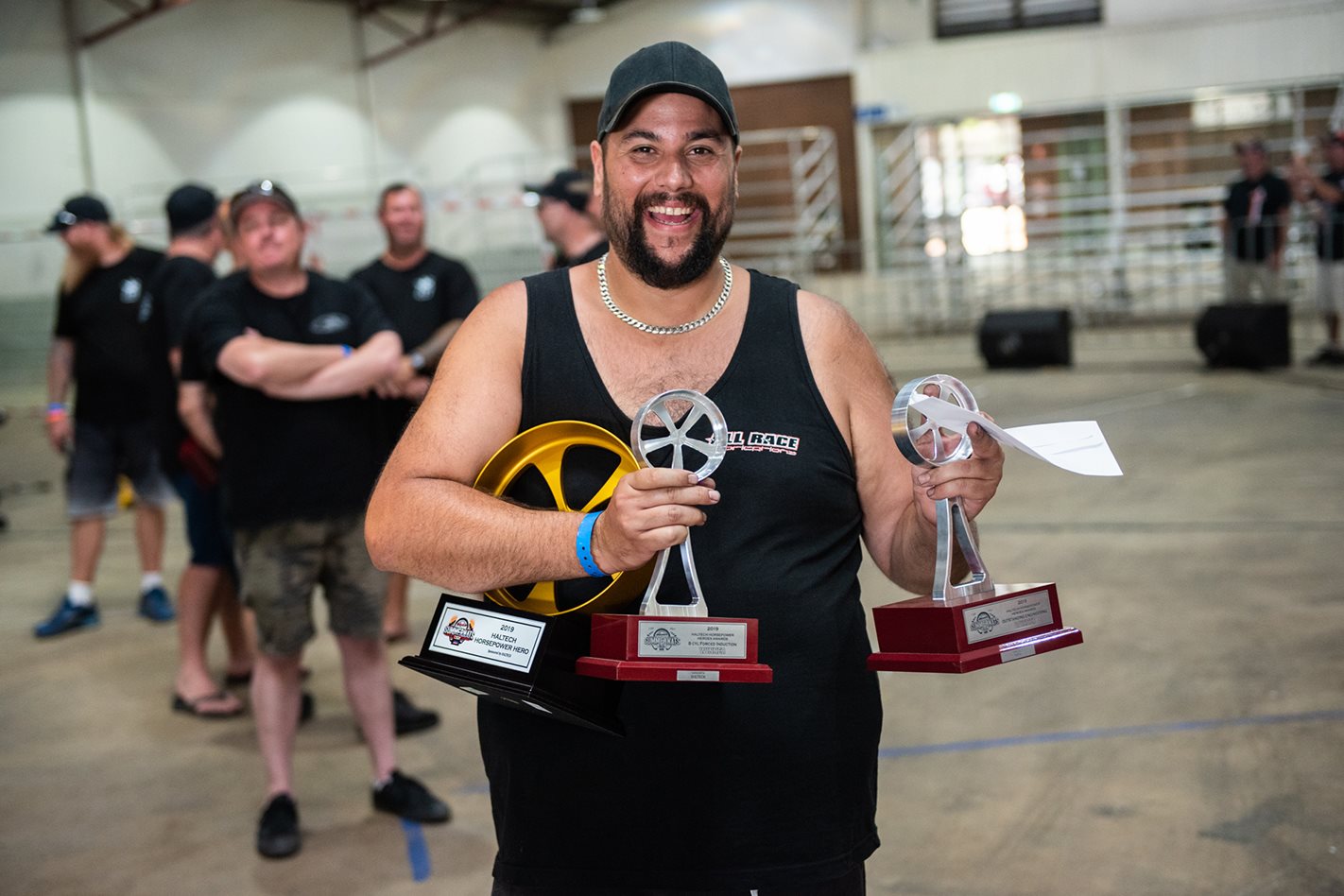 “It feels good, it feels really exciting,” says Bubba just after the last run. “I can’t believe it made that kind of power – it must be making 2600-2700hp at the crank. Glenn Wells has really gone above and beyond with this engine, everything in it is custom.” 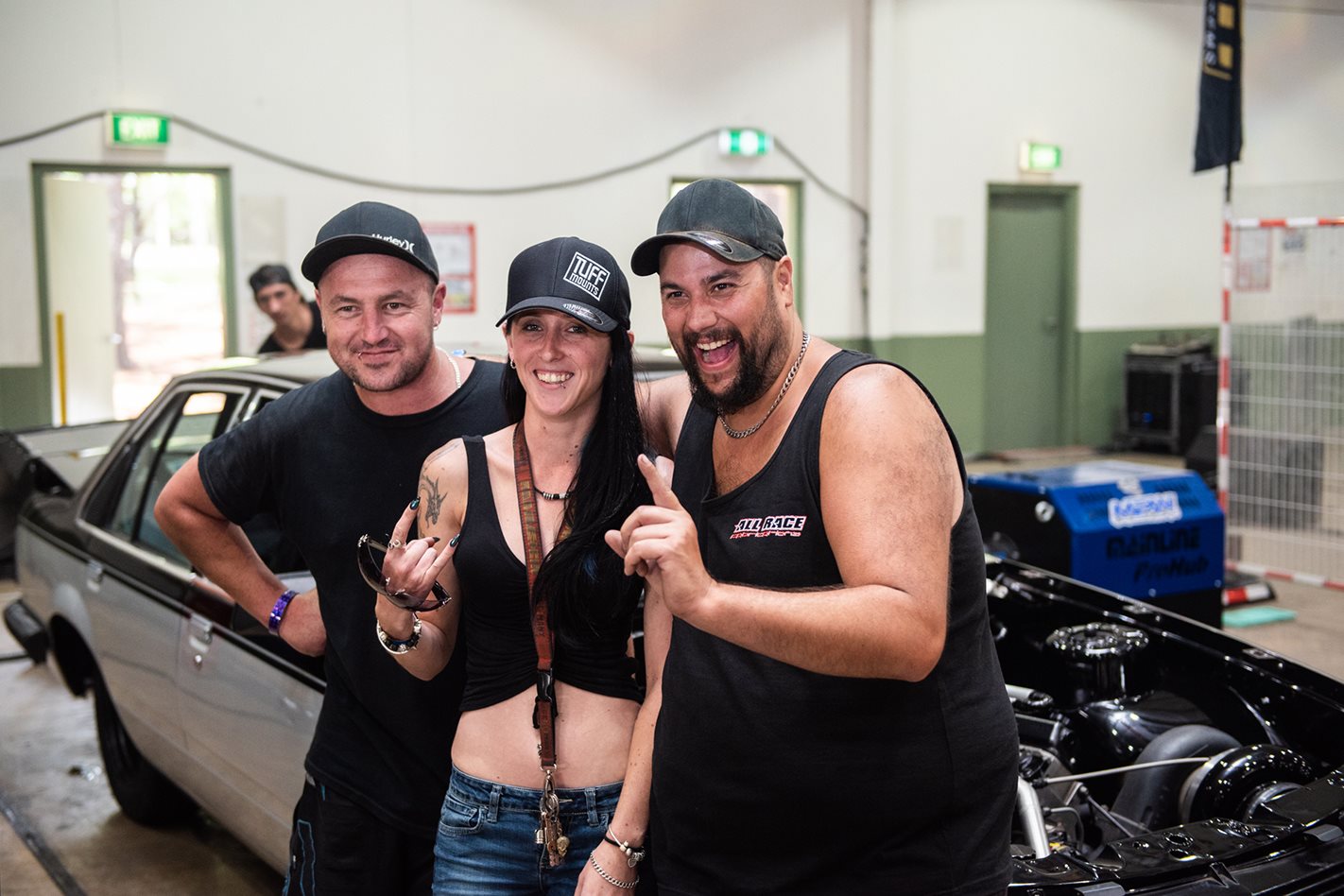