Now that Clint Ogilive’s iconic LC is out of hiding, he plans to start giving it a hiding

THERE’S always head-turners aplenty on the cruise route of Street Machine Summernats, but few pounded their way around Exhibition Park in Canberra in 2020 with as much swagger as Clint Ogilvie’s freshly revamped LC Torana. 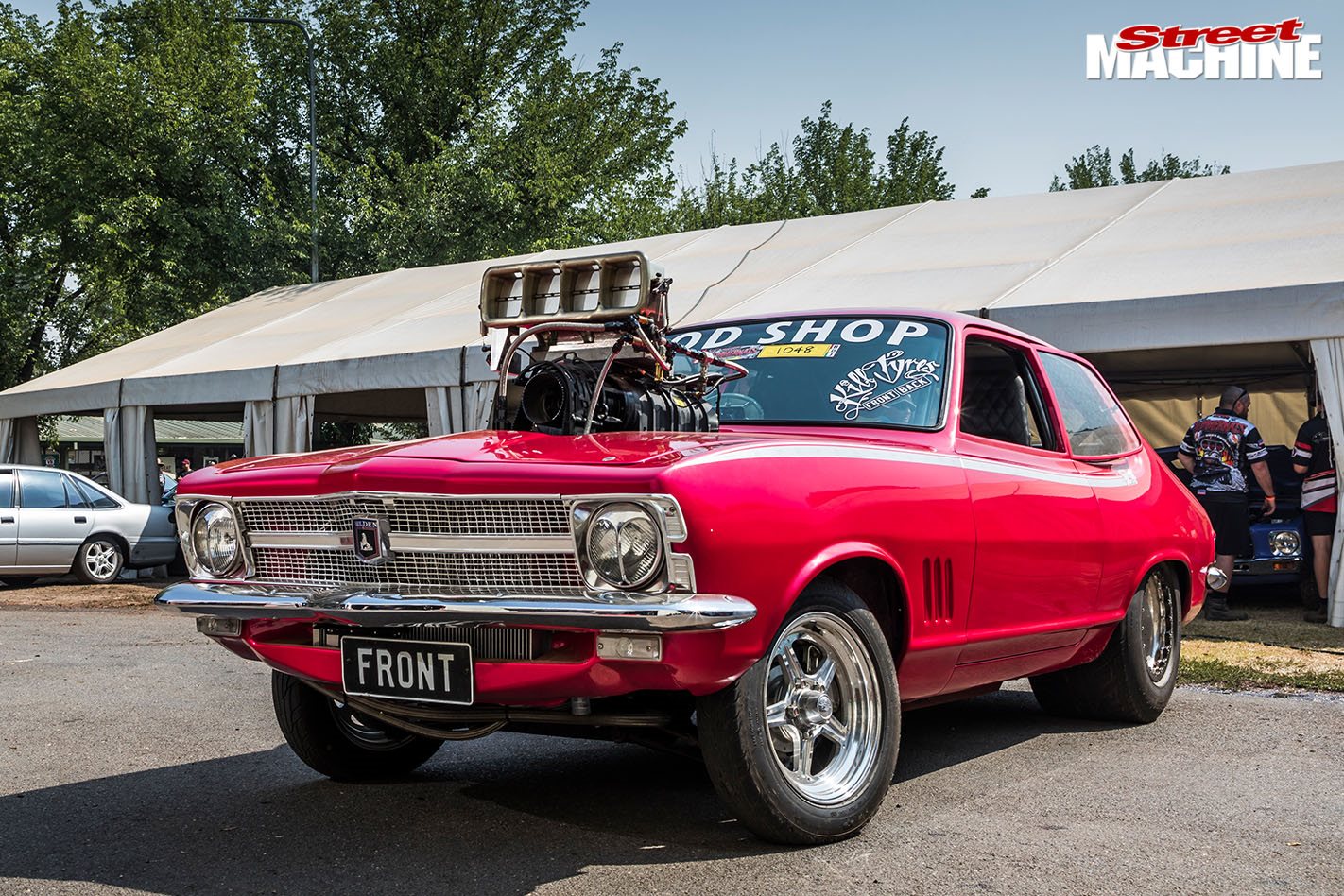 The FRONT BACK LC is a well-known machine, having won the Burnout Masters at Summernats several years ago at 'Nats 23, and always commands a second look with its suicide doors and killer stance. 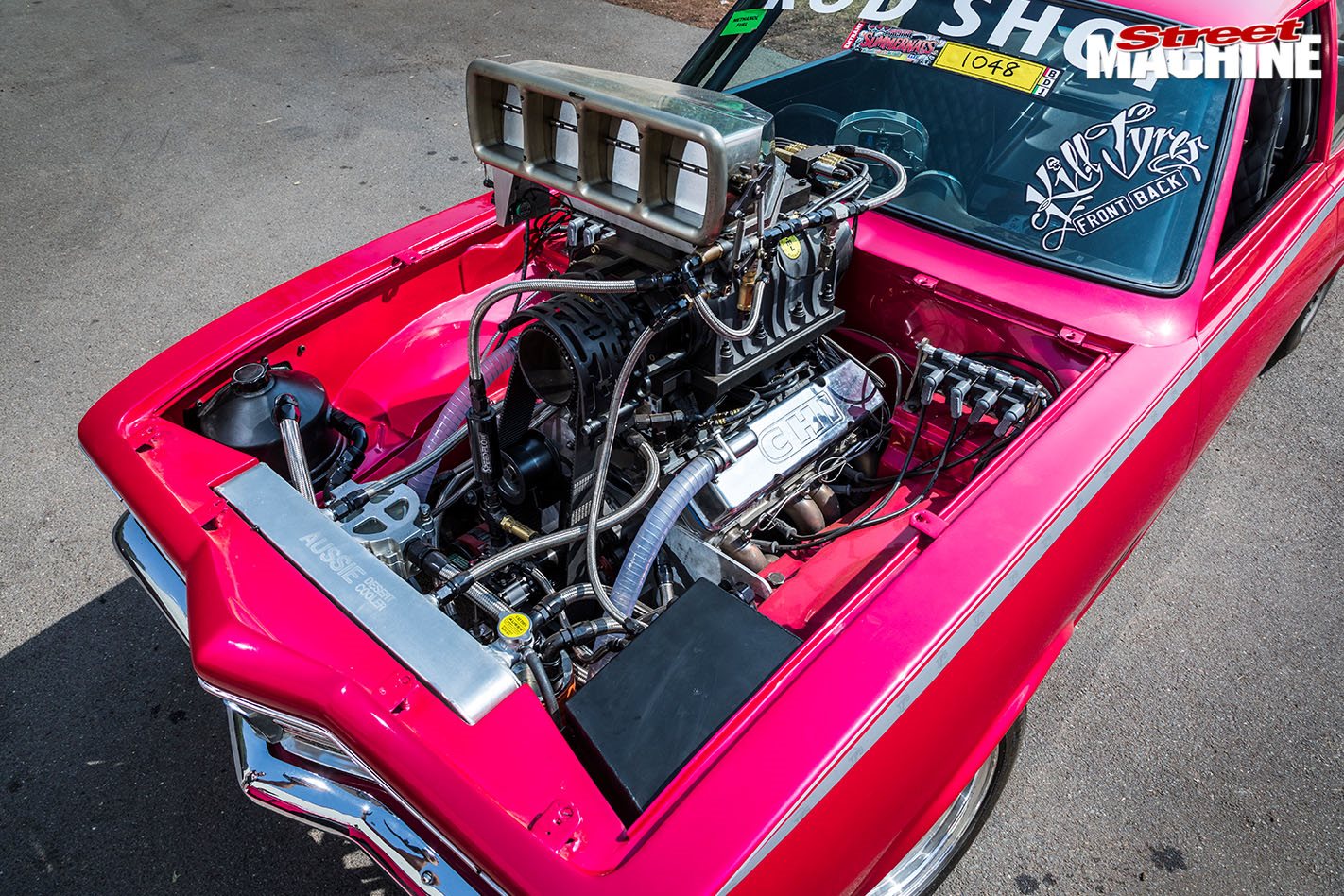 After a methanol fire at Gazzanats Mildura five years ago, Clint decided to call it quits for a while, taking the time to bring back the car just the way he wanted.

“I just needed a break and it was actually really good to have,” he said. “We’d been doing it for a long time and I just got sick of spending money over and over, so I thought we’ll take some time off, save some coin and do it properly without rushing.” 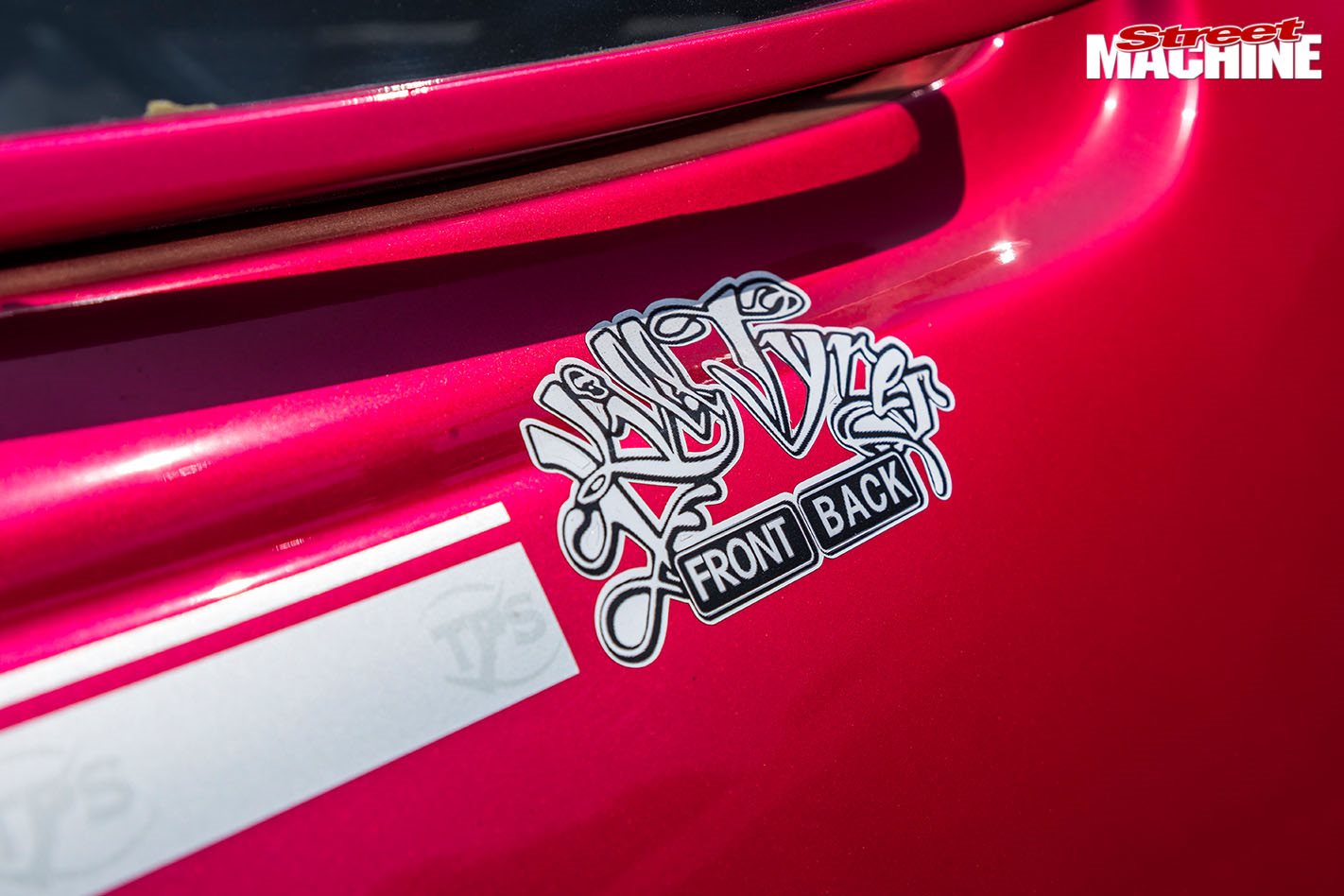 The biggest news with the revamp is the omission of Holden power, with Clint opting to join the blown SBC crowd with the new mill put together by Speed Works. “A lot of it just came down to money to be honest,” he said. “I would have loved to have stuck with the Holden stuff, but with the goals I had of 1000hp reliably, the Chevy was the best option.” 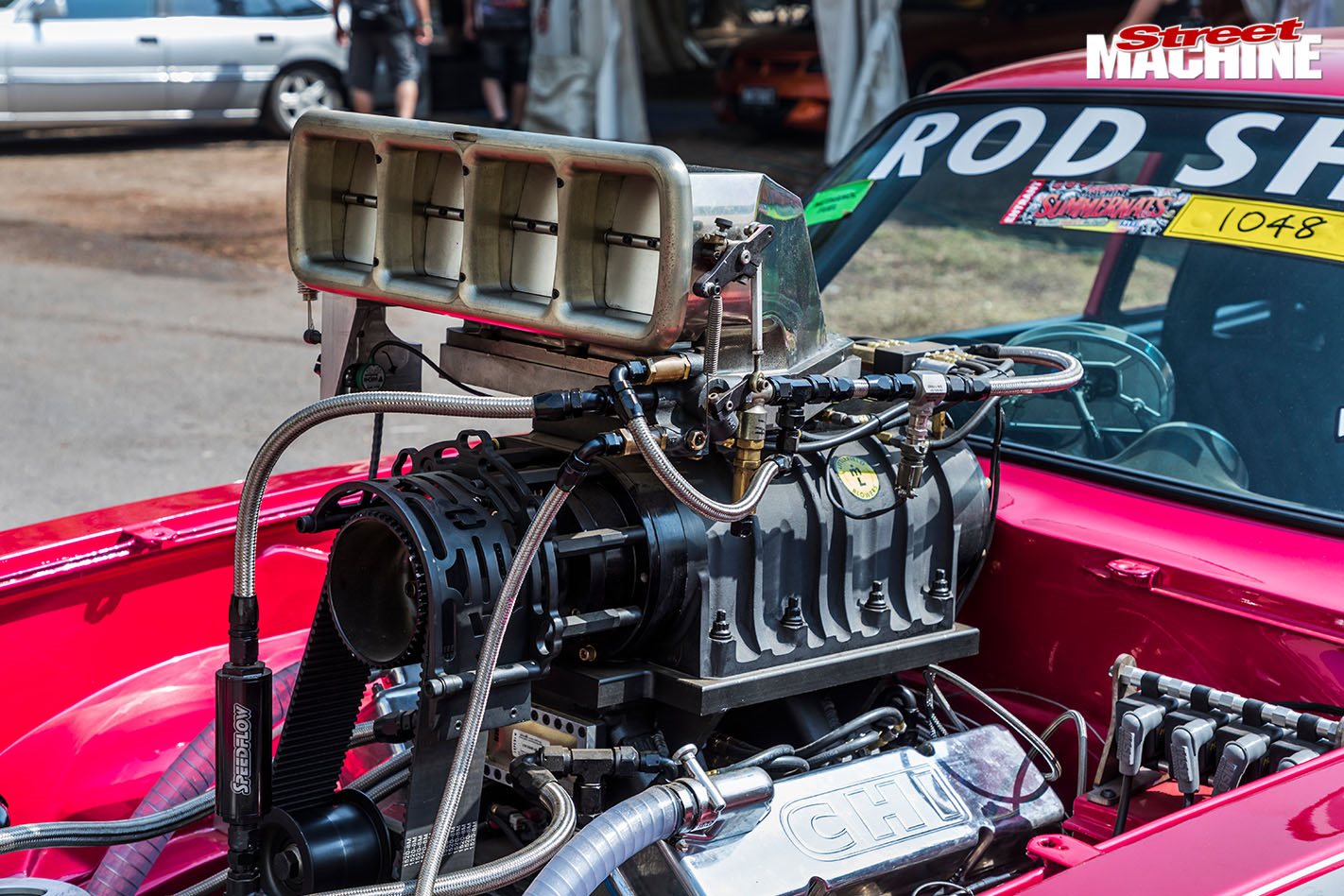 The basic menu is a 370ci SBC, dry sumped with all the bottom-end fruit, sitting underneath a pair of 19deg CHI heads and CHI tunnel ram converted to support the 8/71 blower. “The hat is a PSI hat, same as the blower,” said Clint. “it’s a deep throat one I got a while ago. Even though it’s probably overkill, it’s what I wanted.” 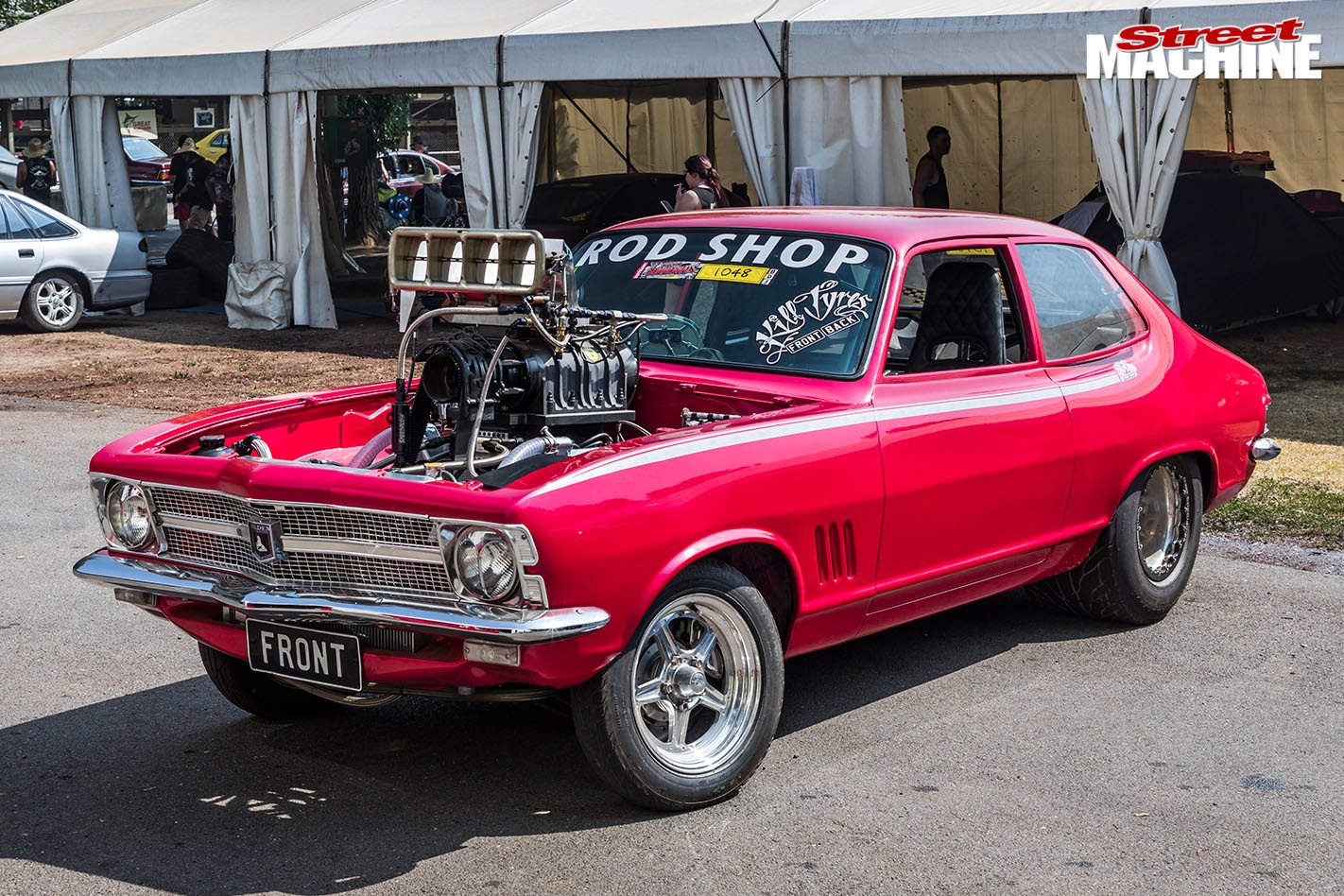 Haltech VMS does the job of managing ignition without the need for an ECU, and Clint’s already in love with it. “It makes it so easy,” he said. “We finally ditched the 80-year-old tech and it’s been the best thing ever. We can data log and play with it so easily – even a nuffy like me can do it!” 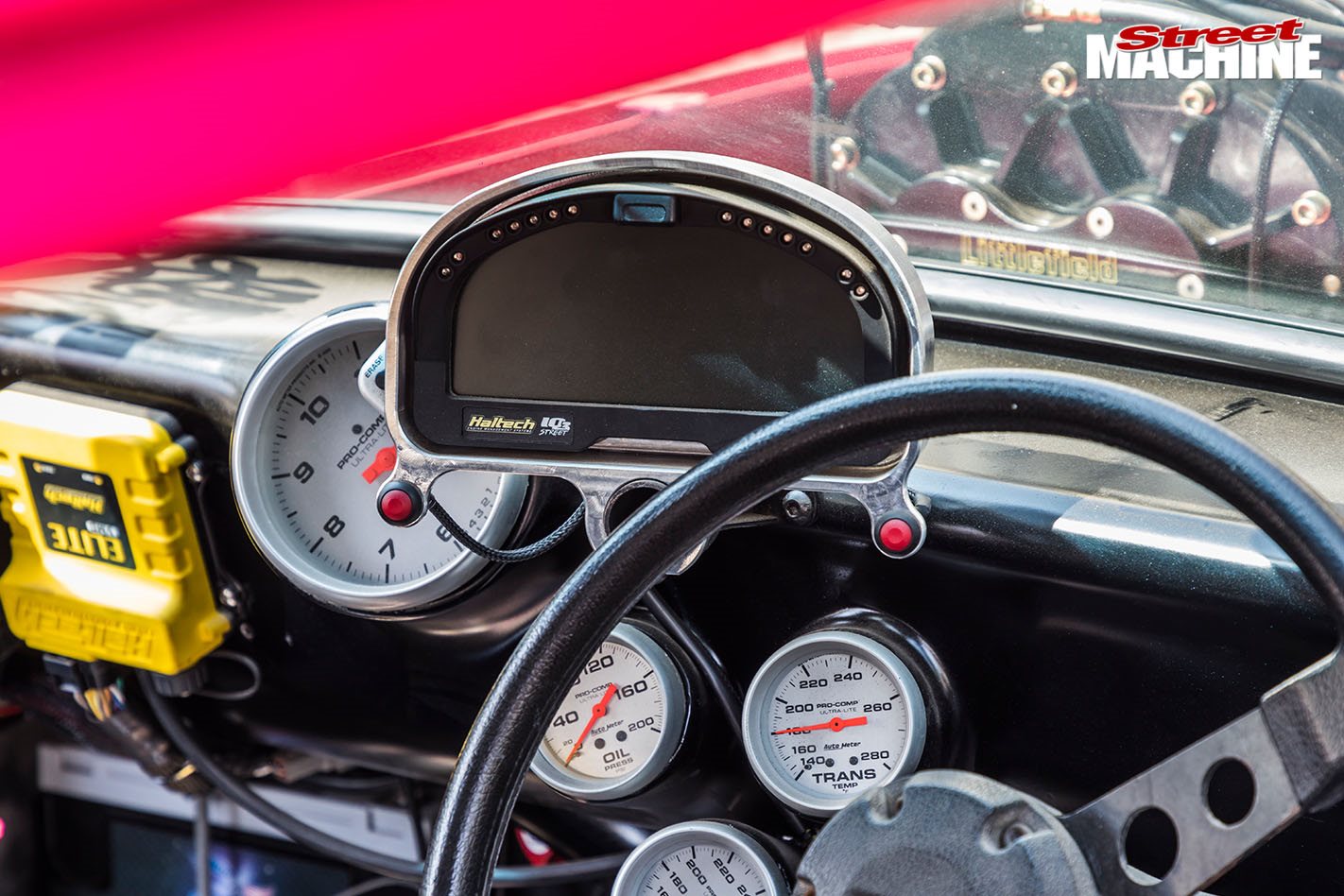 Backed up by a Powerglide and nine-inch, the new SBC cranked out 980hp on the engine dyno on a low 14psi of boost. “We just wanted to keep it safe for Summernats – the engine only went in a week and a half before the event. We’ll crank it up a bit now with some more boost and see how it goes,” said Clint. 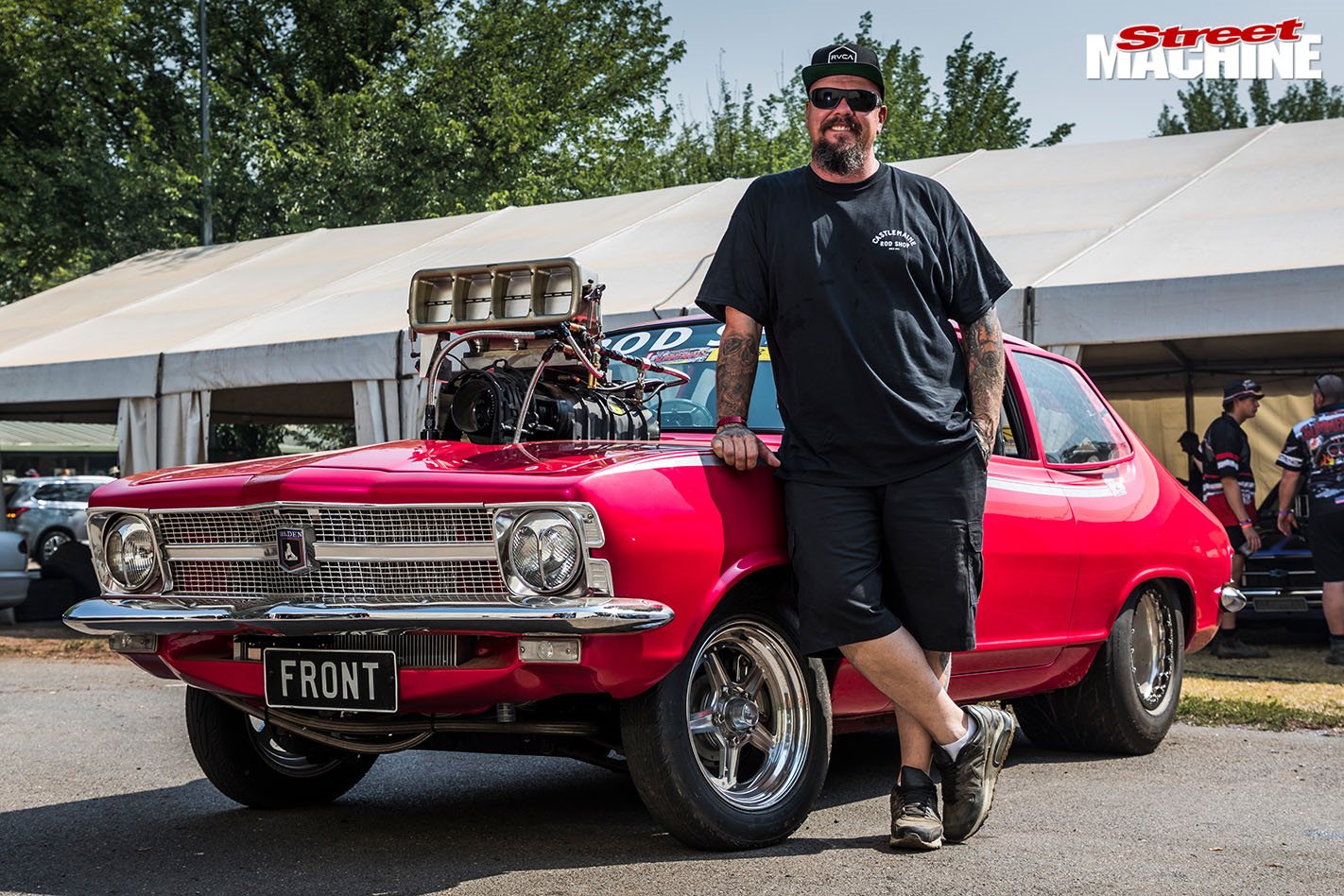 Summernats 33 was just an opportunity for Clint to get the Torana out and cruising, opting not to take part in the burnouts as he eases into the year. “We did some cruising and I reckon it cost $90 to do two laps!” he said. “The first event we’ll hit the pad at is Lardner Park for a demo skid, then we’ll visit some more chilled-out events like Power on Petrie and see how we go.”