ONE of the wildest creations we saw at this year’s Street Machine Summernats 30 was Ryan Walters’s crazy little Mini 500. One day trawling Gumtree (as you do), he came across the Mini and thought he’s turn it into something a bit different using the LS1 and Commodore rear end he had collecting dust in his shed. 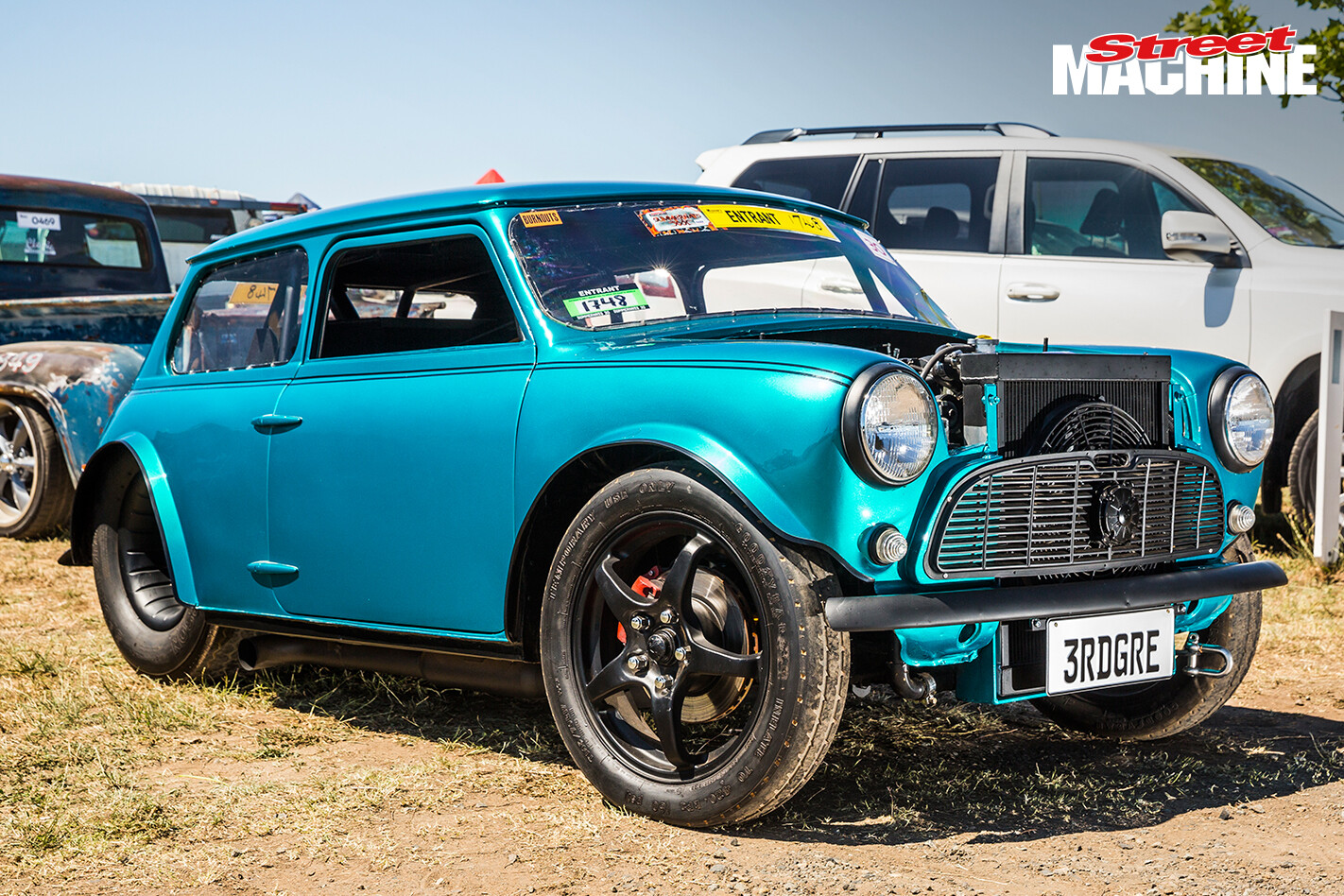 The result is a mild cammed LS1 wedged inside a Mini with a Powerglide trans and a tubbed rear end with big offset 15x10-inch rims wearing Mickey Thompson rubber. For the full front-runner look, Ryan put a pair of Commodore space-saver wheels on the front. “I wanted narrow tyres on the front so one day I thought I would see if the spare wheel from my Commodore would fit, and it did!” explained Ryan. Like many, it was a mad rush to have the car finished in time for Summernats. The final tune was completed a week before, but finding a set of seats to squeeze into the Mini proved to be more tricky than Ryan thought. “I had a set of Recaros but they wouldn’t fit, then I spent a fortune on genuine Clubman seats – they wouldn’t fit either,” said Ryan. “In the end I went with two large go kart seats, they’ll do for now.” Obviously the car isn’t legally registerable, Ryan just built it as a cool thing to cruise around Summernats. We love it!