THE vibe was playful but the competition was fierce in the first-ever Mullet Comp at Summernats 32 on Saturday.

Around 40 contenders took to the Canna Main Stage in pursuit of the Grand Mullet award as well as a giant cheque for $1000 courtesy of Just Cuts hair salons. The competition was judged by staff from Just Cuts and Summernats’ special guest Larry ‘Send It’ Enticer from Canada. 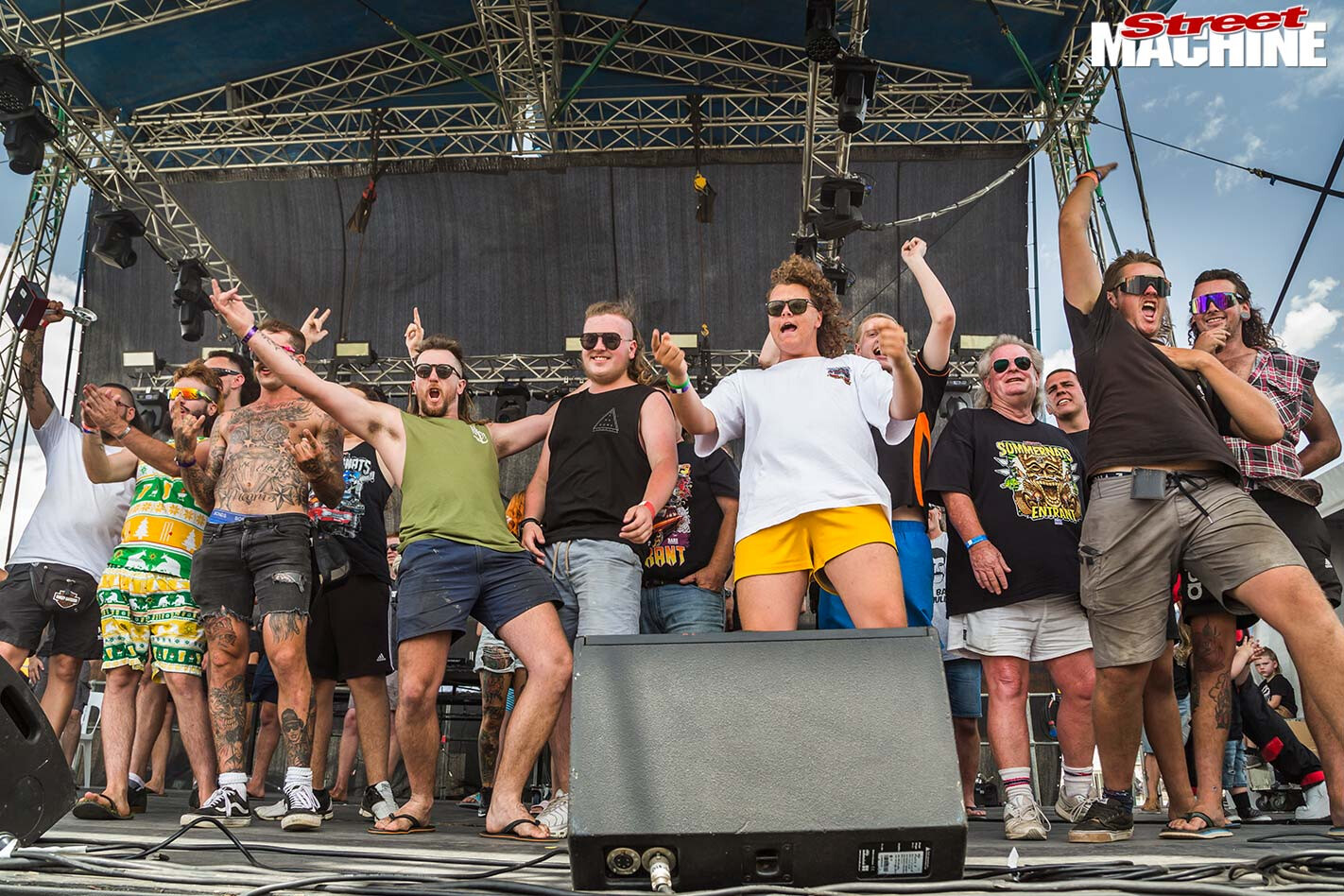 The Junior Mullet trophy was for the best mullet sported by a person aged 16 years or under. In spite of their relatively young ages, there were some highly impressive parties down the back, but the judges could not go past Soren ‘Pup’ Zenke from Byford, WA. 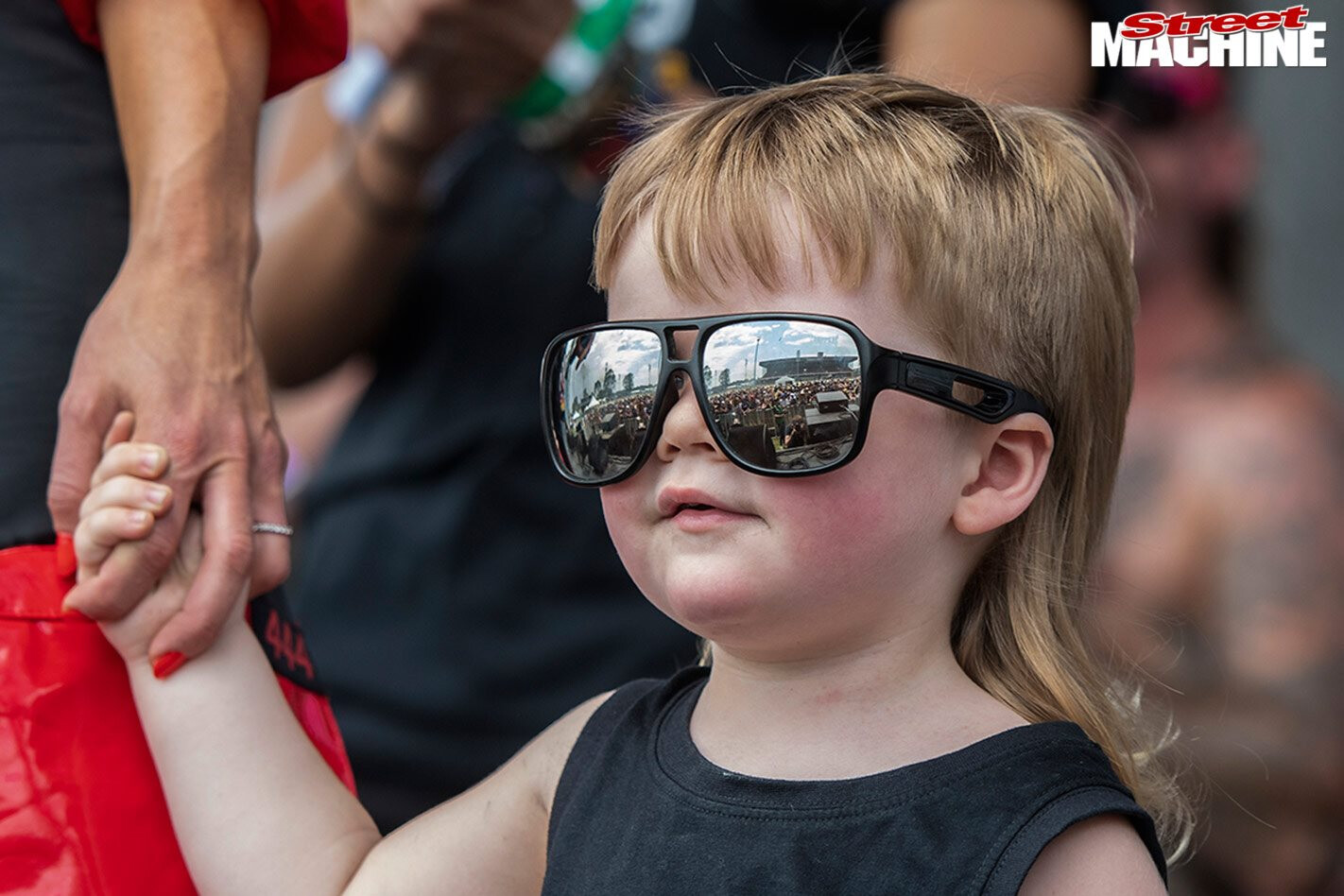 Adam Bezzina from Blacktown, NSW took home the trophy for Super Majestic Longest Mullet with a gorgeous pelt that he has been cultivating for six-and-a-half years.

The Mr Mullet trophy was awarded to James Barraclough from Griffith, NSW, while the Game Changer trophy for most original/impressive mullet went to Darren Gallaher from Yass, NSW. 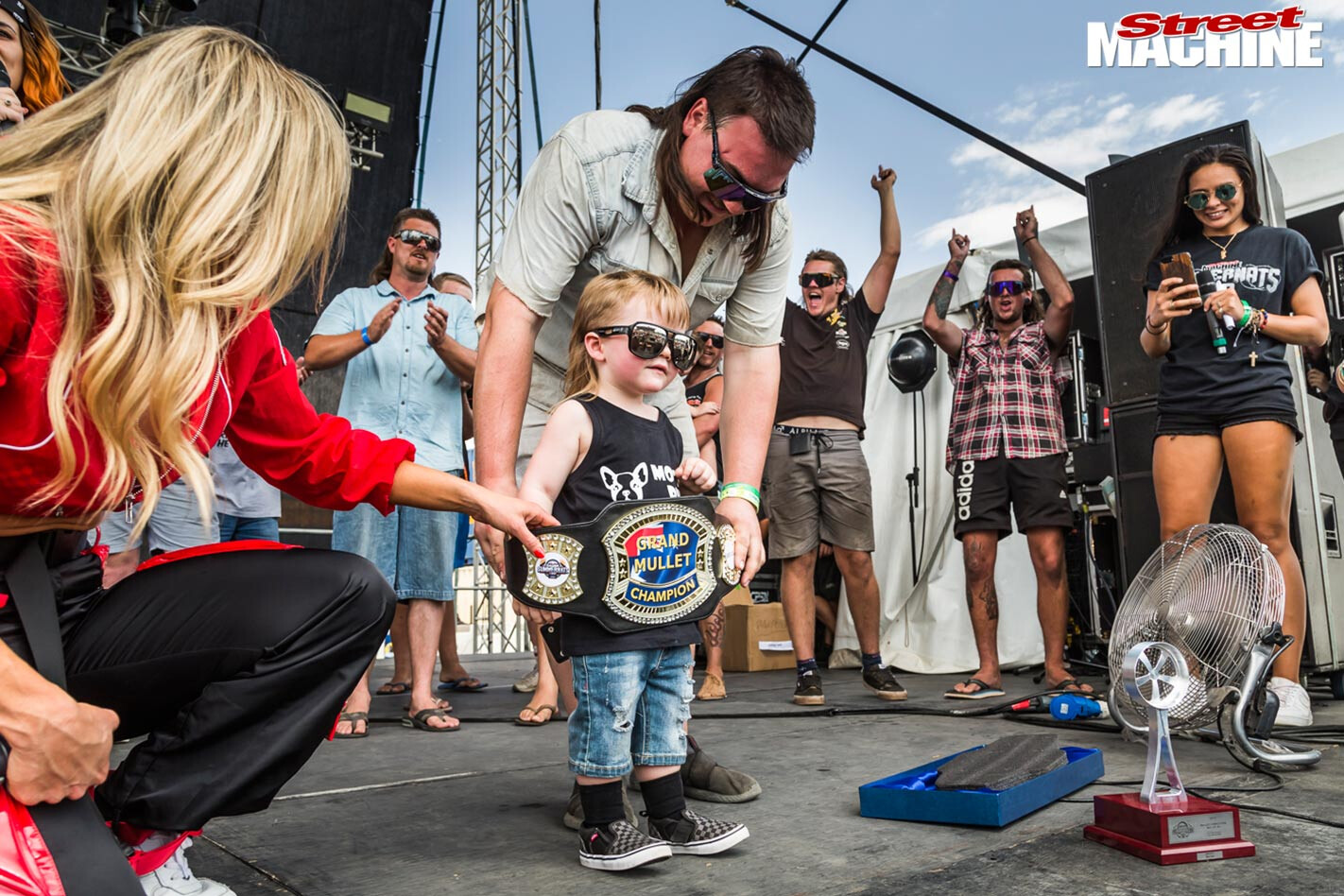 The four trophy winners then faced off for the Grand Mullet award, which came down to who got the loudest cheer from the crowd. When the cheers had been cheered, it was clear that little ‘Pup’ Zenke was the inaugural Grand Mullet Champion. Only a week shy of his second birthday, ‘Pup’ was unable to lift his trophy or fit into the Grand Mullet Championship belt, but hopefully the $1000 cheque will be just reward for his parents, who, after all, made the call to give him that awesome haircut in the first place.