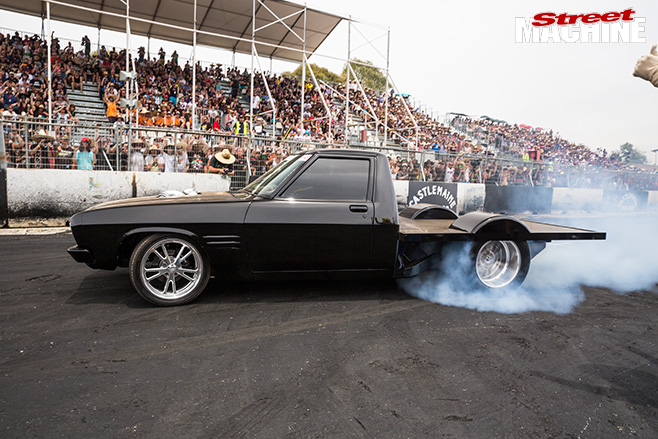 As it has been for previous Grand Champions, Mark's win is the culmination of a good score in the Elite judging and a strong performance in Sunday's Grand Champion driving events on Summernats' CRS Burnout track where – after the track was re-configured for the slalom and go-whoa - he out-drove nine other contenders to win the sword. Adding to Mark's glory is the fact he's a first-timer at Summernats with his Tonner and the first West Aussie to earn Grand Champ. 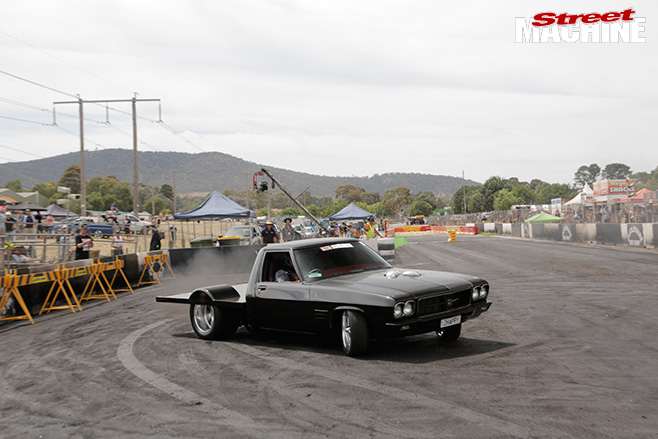 That's not to say he's a beginner. Over west, Mark has scooped a handy collection of trophies with his Tonner. Nine years in the build, Mark explains the Pro-Charged and intercooled 406-cube small block Chev powered Tonner was built as an all-rounder. 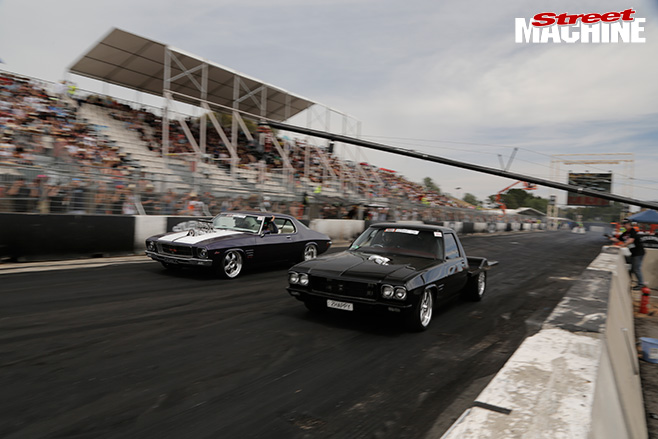 “It was built to do everything,” he said of his black beauty just after scoring the sword. “Drive it, cruise it, race it...” And after its field-felling runs in the driving events, he underlined that with a tyre-bagging exit from the Burnout track after the Grand Championship announcement ceremony. 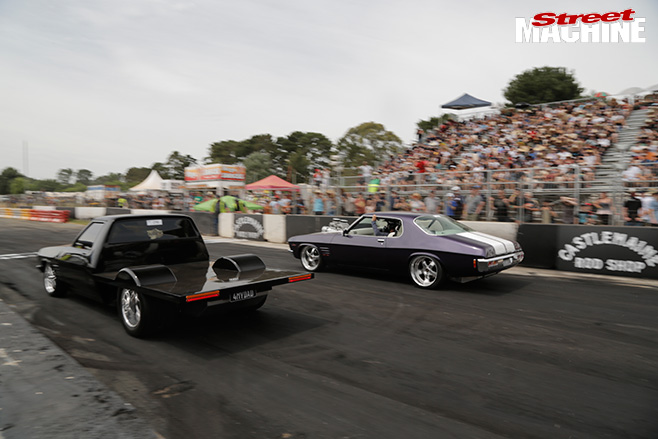 It's a popular win. Cruising to the Main Arena for these pics and Telfo's video interview, Mark was high-fived through his driver's windows by about a hundred Summernats punters. Others in the crowd saluted their respect for Mark's victory with fist pumps and calls of “fukken legend!” and “YeeeAAAAh!” 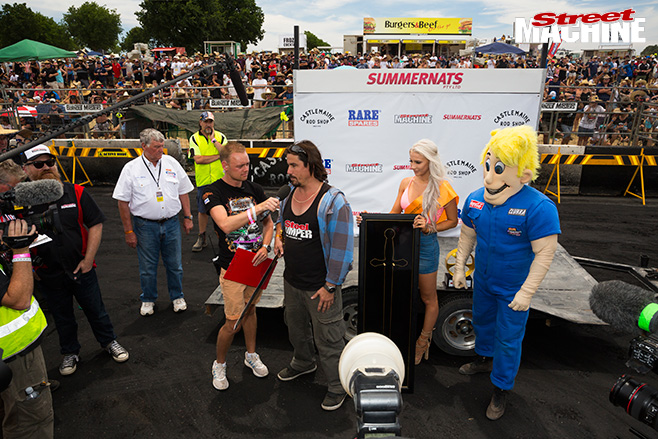 “When they called out my number, I thought, 'you've gotta be kidding me!'” he said as he enjoyed a well-earned beer on Sunday afternoon. “I'll wake up tomorrow morning and this is gunna be parked out the front of our accommodation and I'll say to myself 'Did that really happen? Is this real?'”

You bet it is mate, you earned it. All hail the new champ!