“IT’S BEEN a racer since it was 11 years old,” explained Evan Dawe, the fella holding the keys to this bright yellow slice of Aussie motorsport history. 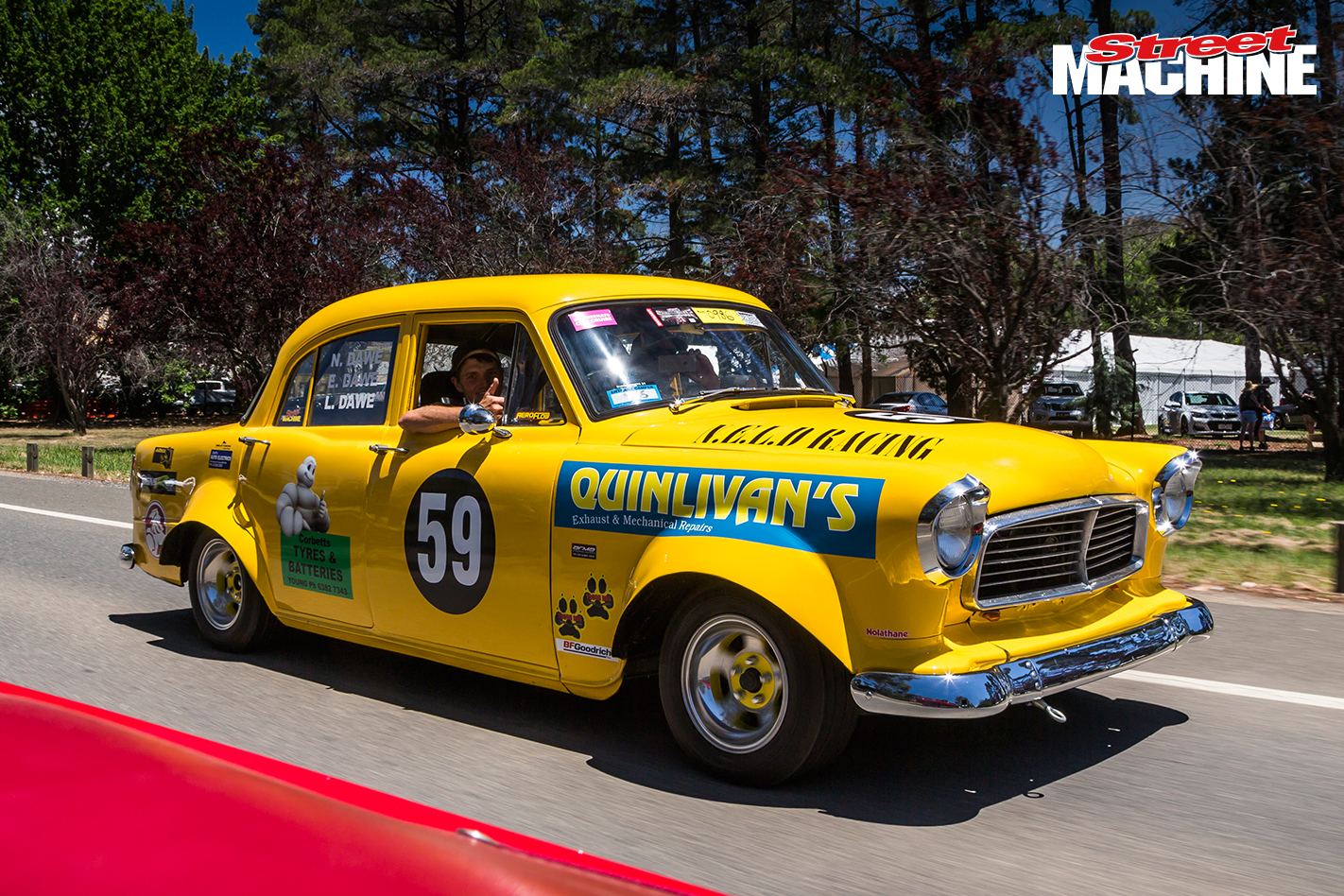 Evan, who’s from Young NSW, explains the fat flared-guard track weapon was built in Sydney by Keith Croft in the late 1960s and competed in hillclimbs and lap dashes as a Division 2 Sports Sedan during the 1970s. 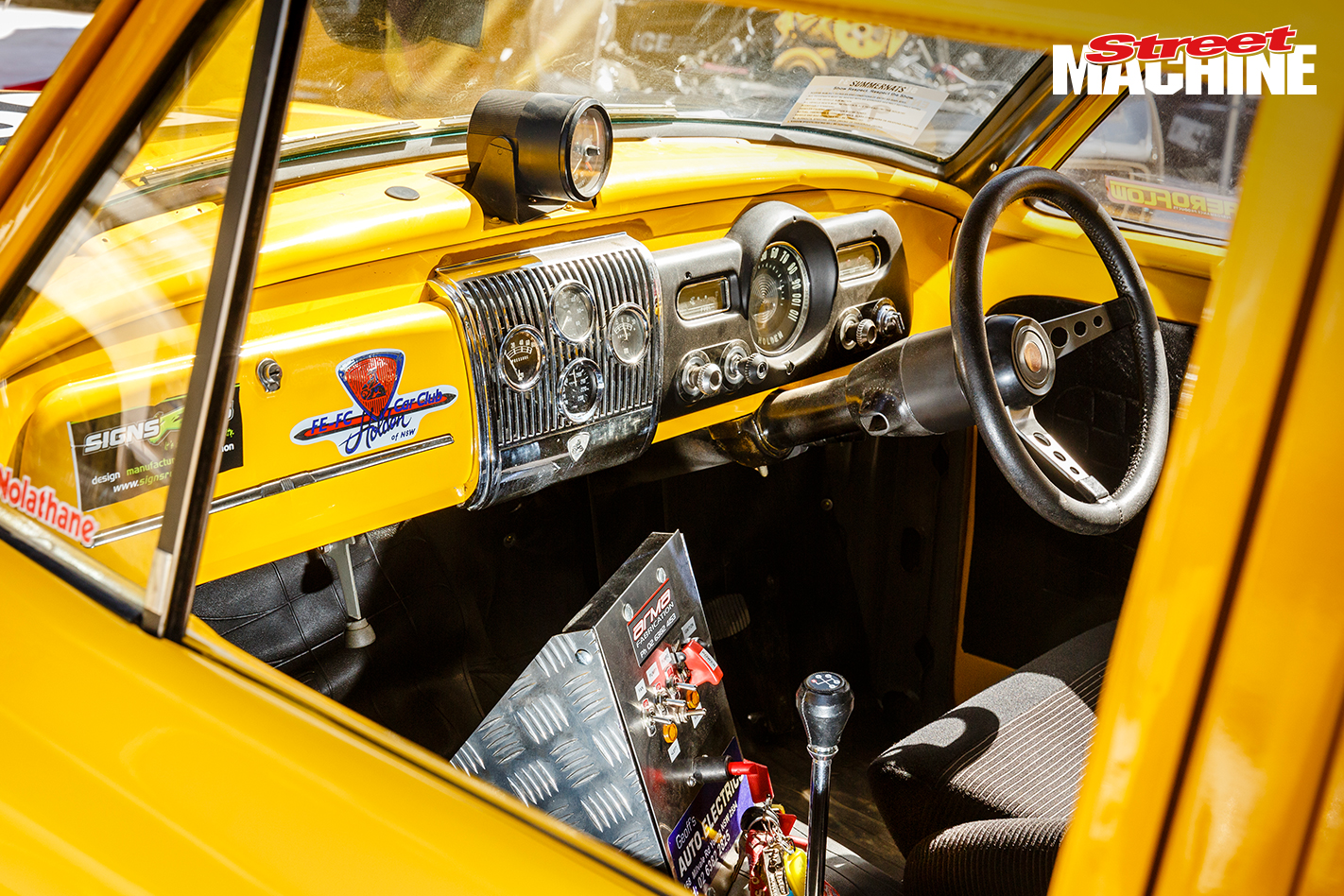 Evan’s dad Norman bought it and raced it between 1974 and 1986, retiring it when Evan’s sister Ashley was born. 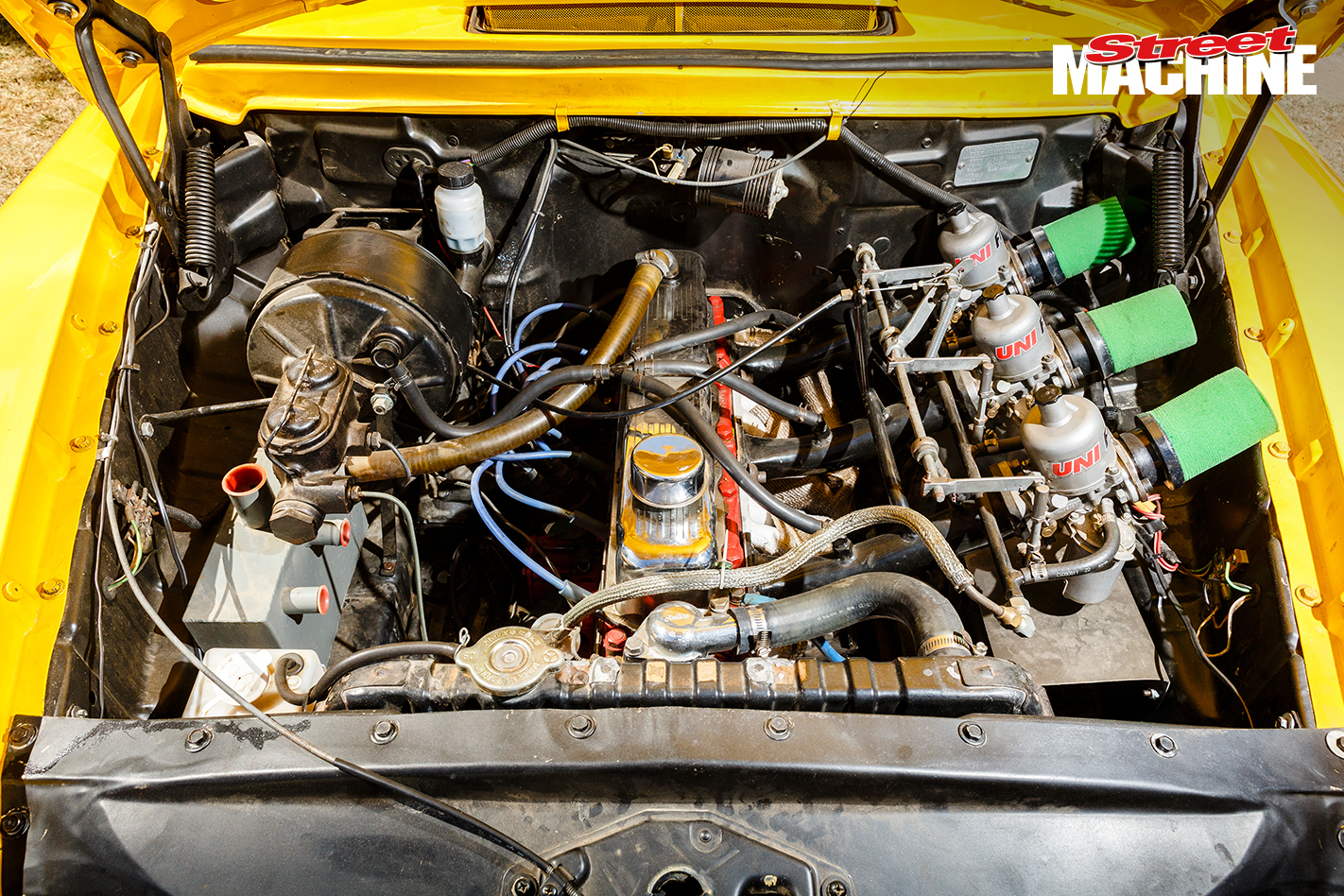 The car then sat around unused in various sheds. Following owner Norman’s passing in 2009, Evan’s uncle Clyde Lee got the car going again. 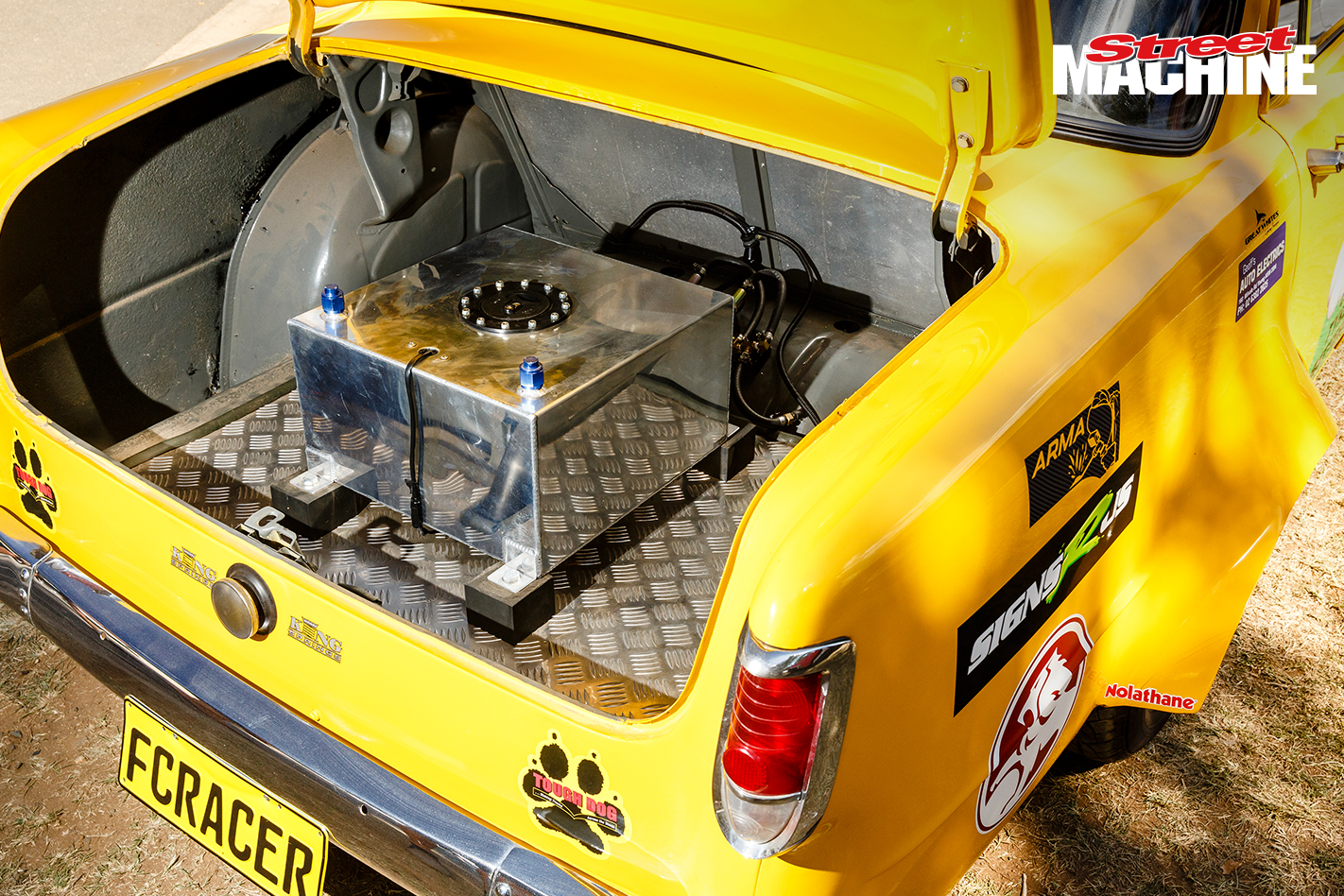 “I had great respect for my dad so I didn’t want to change it in any way,” said Evan. It has, of course, retained those horribly cool flared wheel arches and most of the hardware it raced with during the 1970s. 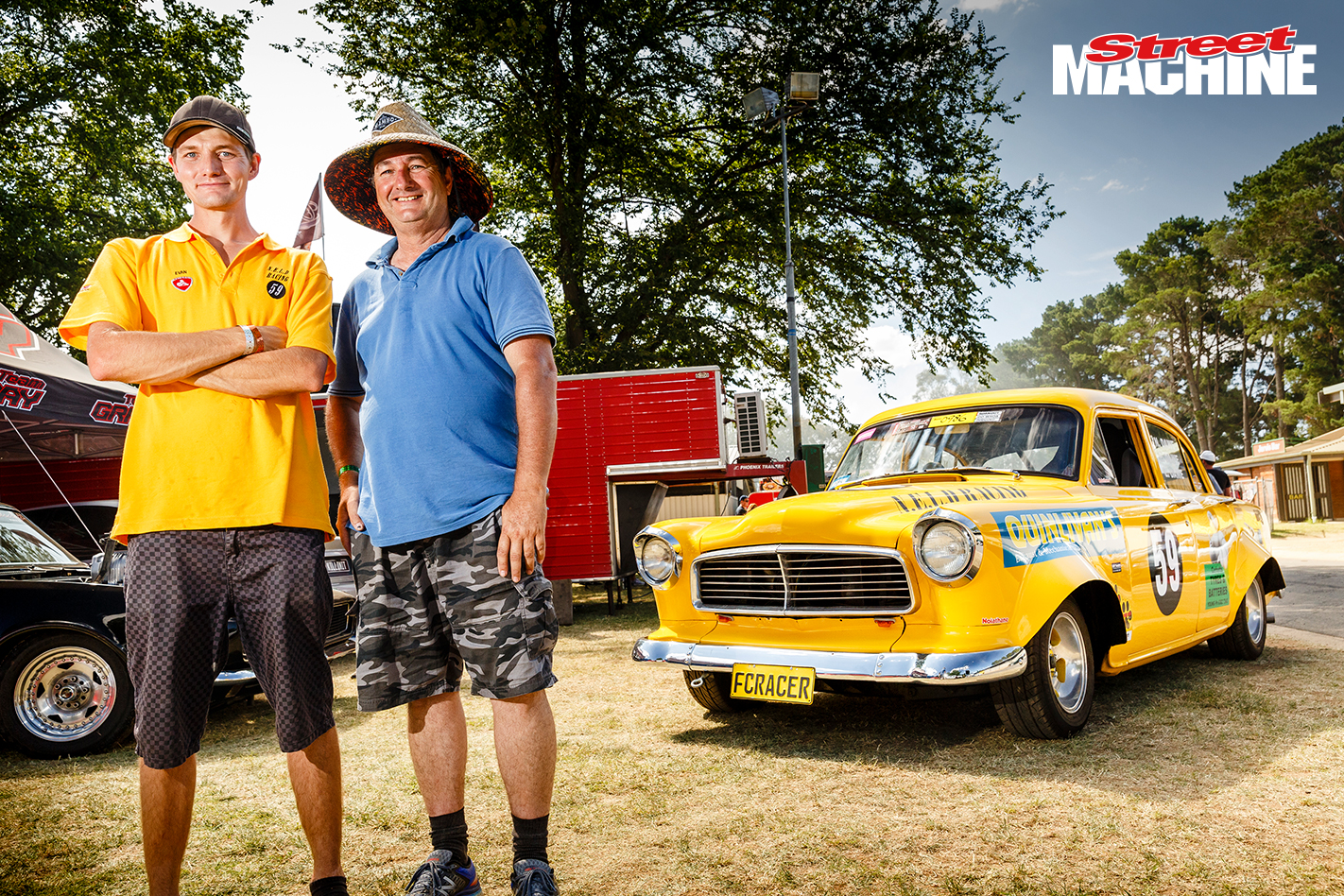 It’s powered by a Holden 179ci Red motor bored out to 192 cubes, loped with a big lumpy 40/80 cam and fed with classic triple SU carbs. 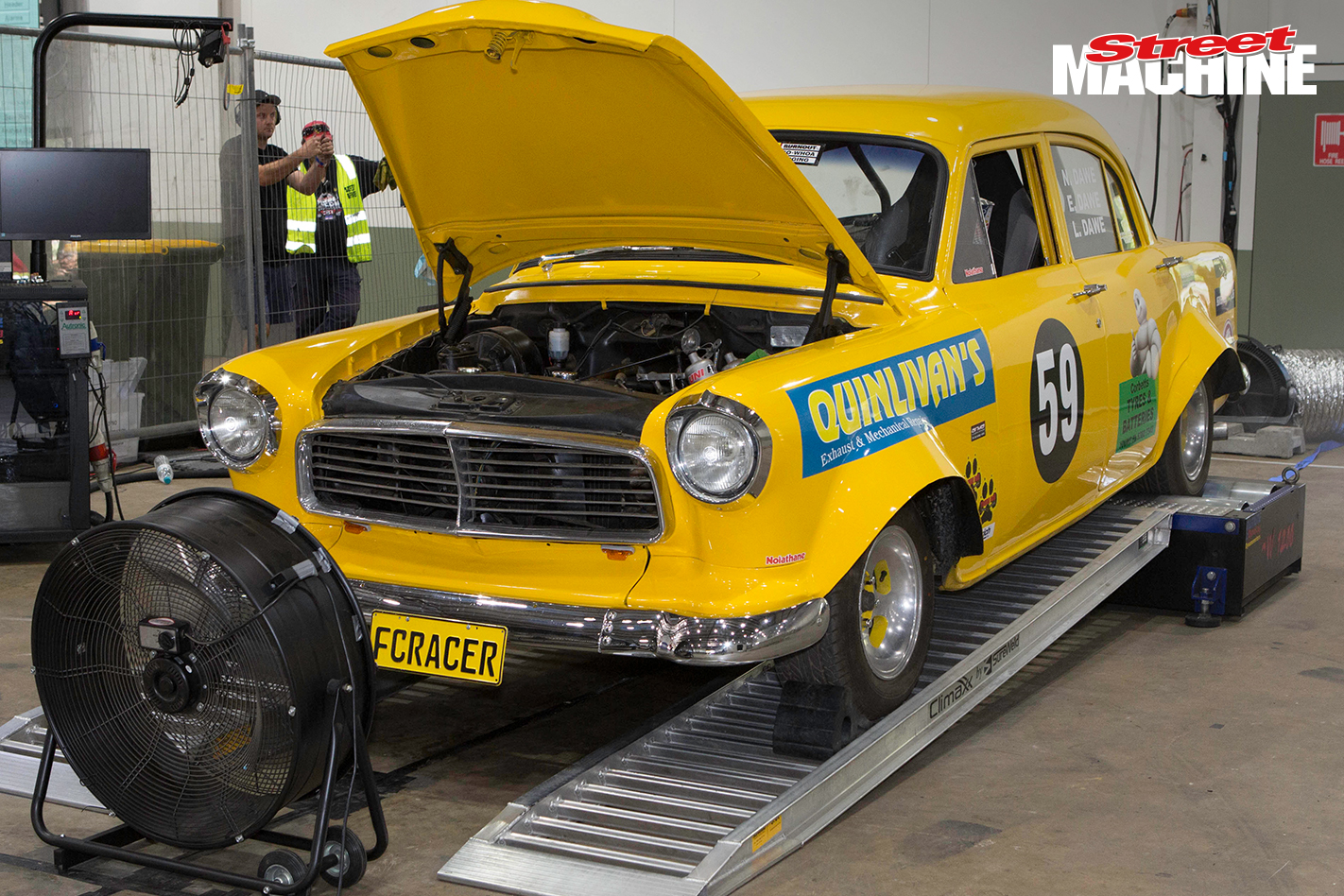 With an M21 four-speed gearbox, it made a handy 140hp on the dyno at Summernats and Evan intends to soon have it on-track again at events such as Bathurst Autofest.