THE dyno cell at Street Machine Summernats has always been a place of heroes or heartbreak, but this year’s event saw some changes in how the dyno comp was run. After using traditional chassis dynos for the past 22 years, Summernats 32 saw Mainline hub dynos given the nod. The main difference between hub and chassis dynos is that the car’s wheels are removed and the dyno bolted directly to the driveface of the diff or CV shaft, eliminating potential tyre-slip issues.

Once again Adam Rogash and his MPW Performance crew put on a killer show in the MPW Dyno Cell over the weekend, with the Haltech Horsepower Heroes competition run on a 2000hp-rated Mainline portable hub dyno, while the insane Turbo versus Blower Challenge used a 3000hp-rated Mainline hub unit bolted to the shed floor.

“The hub dynos have been really good,” Adam said. “We haven’t had a single person say they thought their car was turning the tyres, and the boys are actually finding it better to do the hub dyno. They’re not as sore, they’re not covered in dirt or rubber, they’re not burning and melting straps, and even the safety officers are happier with the hub dyno as there are no issues with straps. It does take a bit longer to set it all up, as we spent a full day getting everything ready this year.” One area of contention was whether the hub dynos read higher than chassis dynos, as the cars don’t have to turn the rear wheels.

MORETurbo vs Blower 2800hp at the hubs at Summernats

“There will be a slight difference in power figures between chassis and hub dynos,” Adam said. “I’ve had a lot of people ask how much higher a hub dyno will read, but it really depends on the chassis dyno they’ve used in the past. Some chassis dynos will be 5-10 per cent lower than this hub, but then other chassis dynos can read 20 per cent higher! A dyno is a tuning tool at the end of the day.” 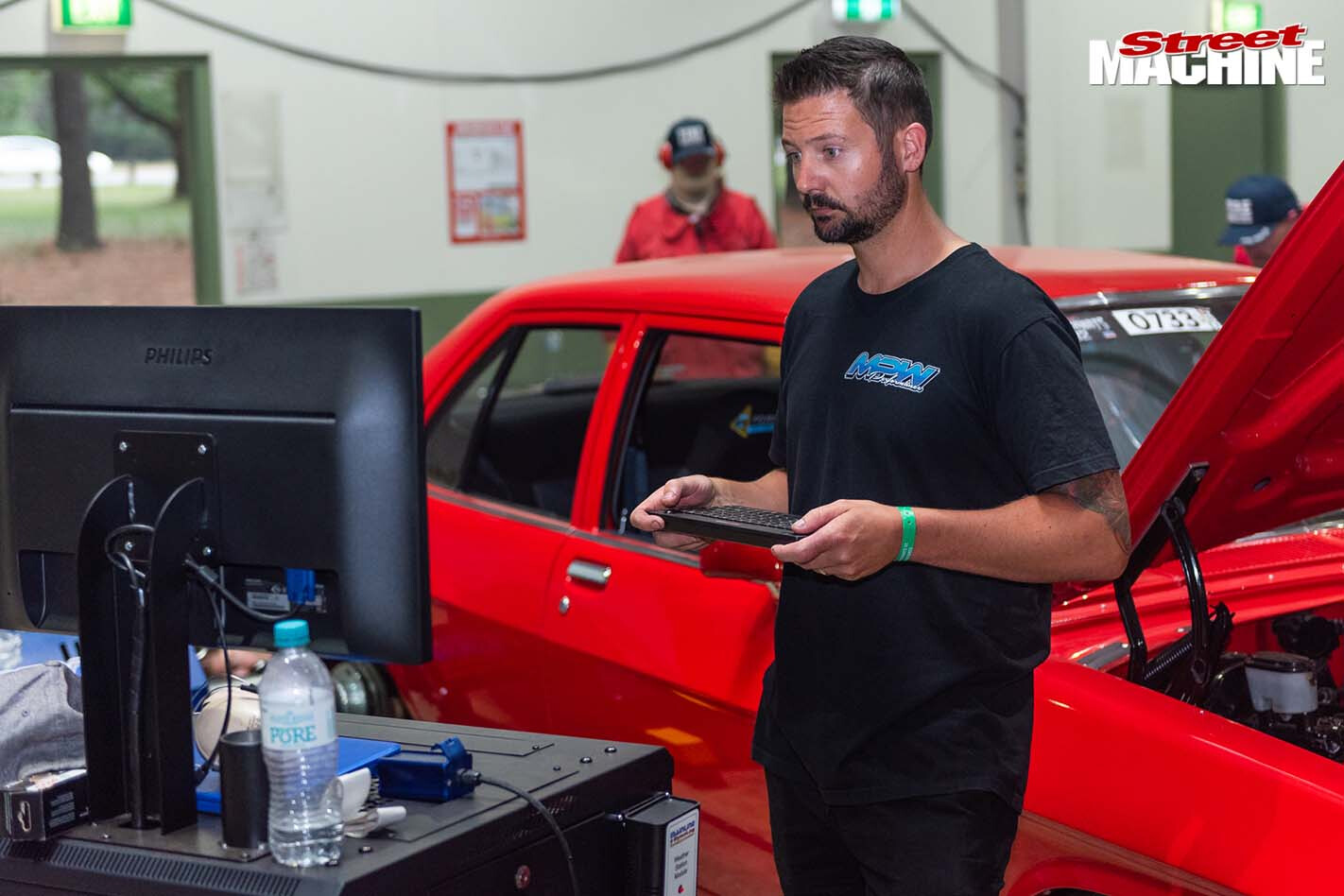 The Turbo versus Blower Challenge saw two drag cars try and settle the battle over what makes more power – turbos or superchargers. Only in recent years have hub dynos been able to test drag cars, with the new generation of hub dynos capable of safely holding over 3000hp.

MOREBubba's Commodore wins Horsepower Heroes with 2483hp at the hubs 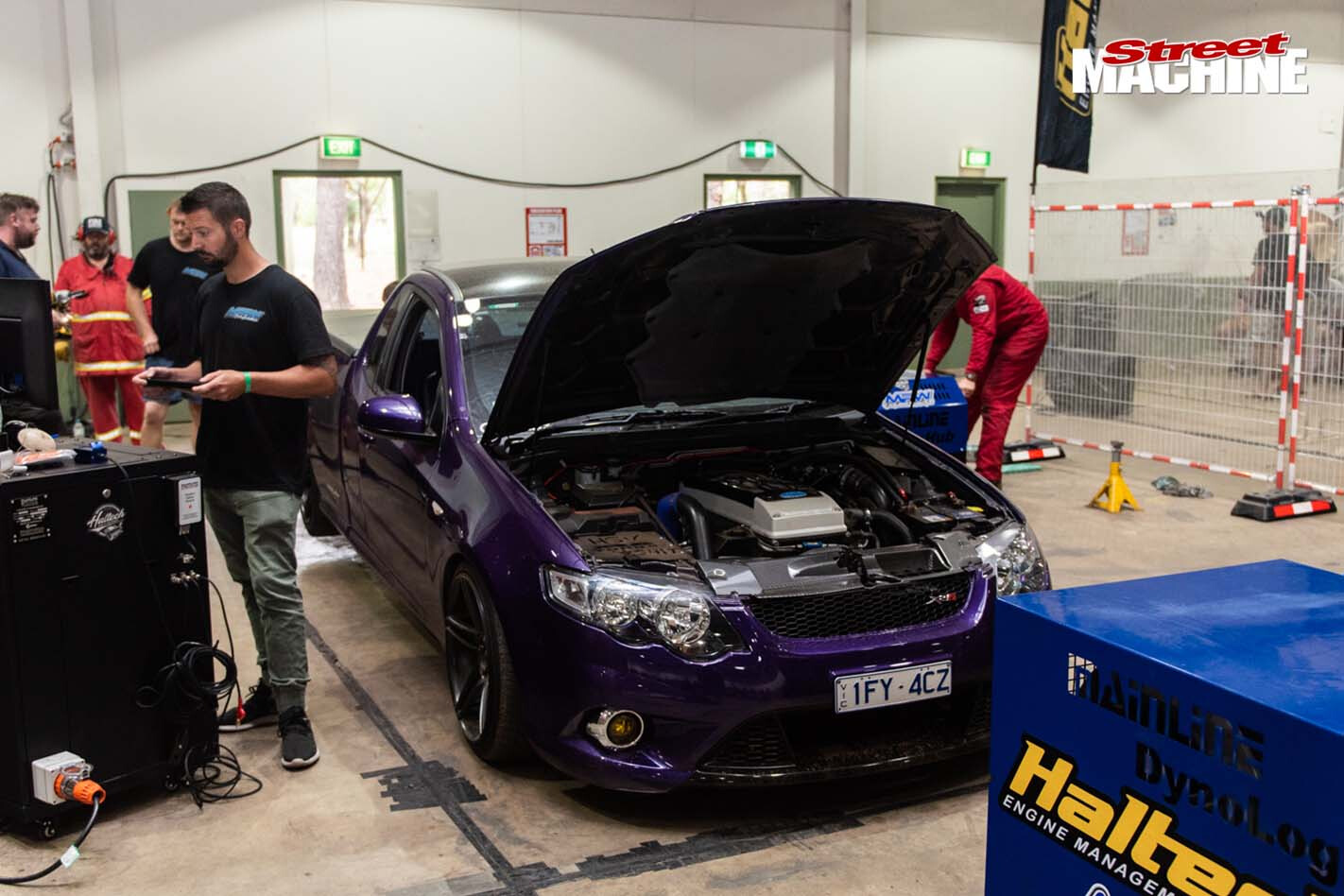 “The portable dyno uses extended feet, which means we don’t have to be dead-straight lining the cars up, unlike the 3000hp dyno, which is actually on rails and requires us to put the front of the cars on GoJaks so they can be perfectly aligned in the set-up. If we were using two 3000hp dynos we would get through maybe half the cars we’ve done over this weekend.” After a huge weekend that shattered the previous horsepower records, Adam was stoked at how the MPW Dyno Cell ran. “I’m over the moon! We had seven cars make over 1000hp at the hubs on Saturday alone, and we’re seeing bigger power than we’ve ever seen before; we had three cars smash the 2000hp mark, and we broke the 3000hp barrier for the first time ever at Summernats. It’s beautiful.” While much of the attention was on the Turbo versus Blower Challenge, Adam saw the real growth in power coming from regular street machines. “The majority of big horsepower figures were from street cars, as street cars are where it’s at,” he said. “The boys at Castle Hill Performance and ACDelco put on an awesome show [in the Turbo versus Blower Challenge], but I have to say the street cars were super-impressive this year. The finals of Horsepower Heroes had four cars making over 1000hp, with a turbo six-cylinder ute going 1112hp, and then the Forced Induction Eight-Cylinder class going 1350hp, 1469hp and 2483hp! This shows that the Summernats Horsepower Heroes competition is alive and well, especially as the dyno cell has been packed all weekend.

“The boys from MPW worked flawlessly through the weekend, and I can’t thank them enough,” Adam continued. “We have a few ideas for next year already, but we’ll just have to wait and see what happens there.”