AND then there were 10. Sunday afternoon had arrived and it was time for 10 of the most ballistic burnout beasts in the country to battle it out for the title of Summernats 30 Burnout Master.

Darren Bromage from Victoria opened the show is his killer WB one-tonner, SMOKINU, packing a fresh blown 400ci combination from Adicted [sic] Performance in Victoria. It was a faultless skid that began with a huge smoke show as Darren steered it over the entire pad.

Craig Whiddett had his big WM Statesman ripping off helis in the tight confines of the narrow part of the track, the blown and injected 410ci LS singing its heart out. It didn’t take long to bang the bags, and while his skid was good, it was going to take more to take the title.

And more the crowd got, as Steve Nogas launched the thundering Chevy-powered KILLA-B Camaro towards the pad, towing a mountain of blue smoke. It was a brilliant driving display and Nogas covered every inch of the pad, timing the double-rear-tyre explosion to perfection after returning from a heli down near the startline. His burnout was truly Masters-worthy and launched him straight into first place.

But there were plenty of big hitters still to come, and crowd favourite Andrew Lynch had produced the performance of the weekend so far during Saturday’s eliminations.

Sure enough, for his finals tilt Lynchy produced the best burnout of his career – some say the best burnout they have ever seen – with a simply awesome driving display. It’s unlikely that anyone has ever steered a wilder ride at Summernats, but with driving skill counting for just 40 per cent of the total points awarded, he had to make up on a whole bunch of smoke from the blown cars.

It had been an overnight thrash for Mark Siracusa and Matt Cowan to repair the front end of their ONIT Torana, after Mark had slammed the car into the fence during Saturday’s eliminations. As the car approached the startline, it was clearly haemorrhaging water from the patched-up radiator. But that didn’t stop Matt from launching hard; unfortunately he misjudged the entry for the tip-in and the Planet Green LH ended up inches from the same wall that had done the damage the day before! Matt backed out and got back on the noise, but had to call it quits once the blown big-block Chev was out of water and screaming for mercy.

Victorian Rick Fuller claimed the supercharged LS1 in his GM Motorsport-sponsored VK had a bog-stock bottom-end, which had spectators shaking their head in amazement after he produced a faultless burnout with huge revs and bulk smoke. Ultimately he snared third place, another trophy to add to his huge collection.

The mechanically injected dry-sumped small-block Chev in Leigh MacKenzie’s 1982 HiLux would have looked more at home in a sprint car, but once the hammer dropped all doubts stopped –  the screaming ’Lux grabbed second place at the eleventh hour.

But at the end of all the carnage, it was Steve Nogas who stole the show, claiming the title of the best of the best – with a $15,000 wad of folding to boot! 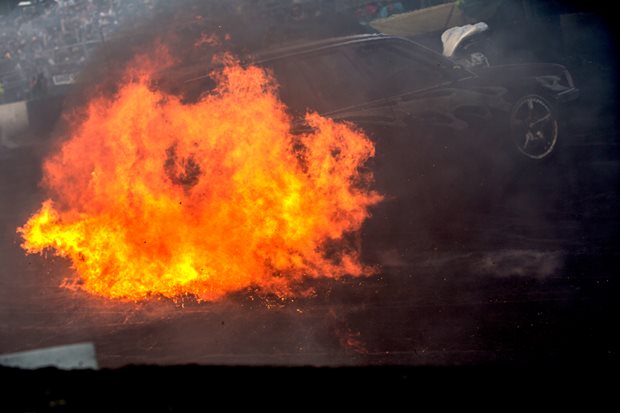 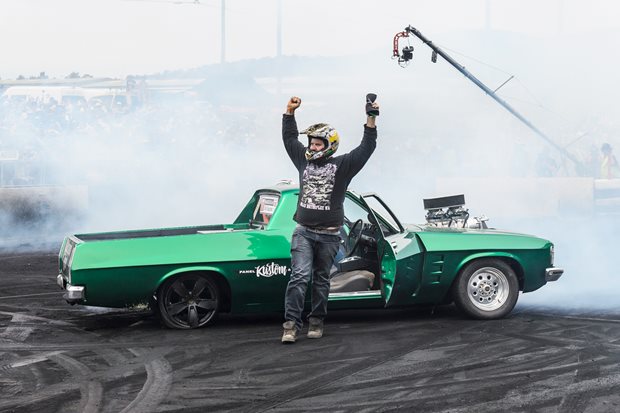 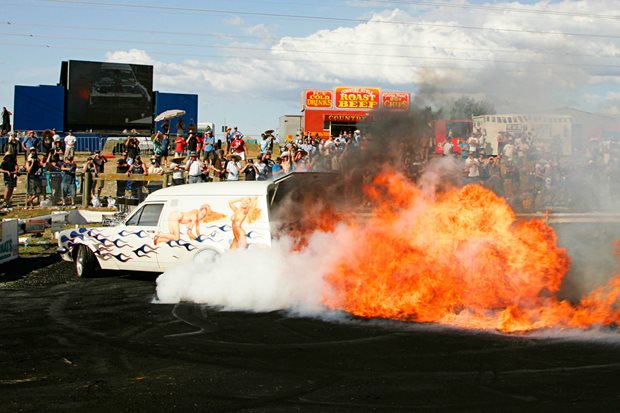