SKID cars seem to be getting smaller in size and wilder in nature. Example: Peter Bobecki’s crazy LS1-powered, tubbed and four-linked MkII Escort. The Devil Yellow brute was built in just 13 months, and Street Machine Summernats 31 was its first showing. 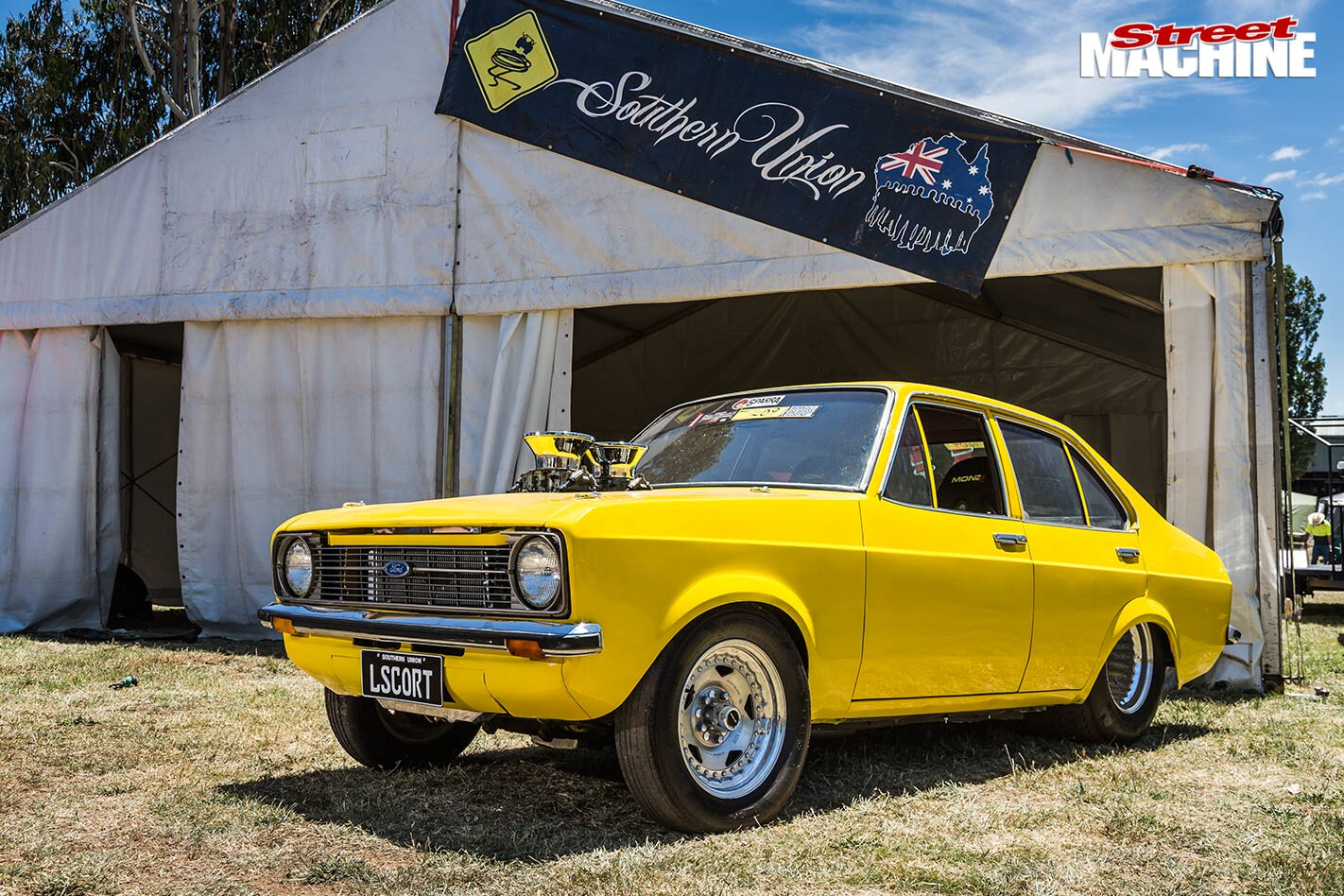 “I wanted to do an Escort as there were none getting around the burnout scene that I knew of,” said Peter. “This one came up for sale at the right time, just as a roller, so I thought with the amount of work that had already been done for the price asked, it was too good to pass up.”

But it wasn’t just a case of dropping a donk in and thrashing top gear. “The car was as it sits, but set-up for a Ford NASCAR motor and with a radiator hanging out the front. We pushed everything back so we could make it look like an Escort again and mounted the motor on an engine plate. I’ll eventually change those rear tail-lights soon so it’s back to stock. “The combo is pretty basic. It’s a 5.7-litre LS with a cam, a pair of 650 double-pumper carbies and a tunnel ram, a TCI 800hp manualised Powerglide with a 4500rpm converter and transbrake, and a nine-inch diff with 4.11s. It’s on pump fuel at the moment, but we’re looking at going to E85 or methanol.”

Unfortunately, engine gremlins prevented LSCORT from hitting the Nats burnout pad, but the boys will be back next year!