CRUISERS don’t get any lower than this bastardised Ford Thames. You could hear its trademark scrape all over Street Machine Summernats 30, and it was music to the ears of anyone with an appreciation for the outrageous.

Owner Jay Duco and his mates from South Australia like to build Summernats cars with character. Some may remember Jay as the joker who brought a Cressida to Summernats years ago and took home trophies for both the six-cylinder burnout comp and Horsepower Heroes. “We just aim for different,” Jay told us. “If we’ve seen it, we’re not interested in doing it ourselves.” Still, it takes a man with real vision to stumble across a 60-year-old Thames delivery van cab rotting in a paddock and see a top-line Summernats cruiser. “I’d bought a split-screen Kombi and when I went to pick it up this was sitting in the bushes,” Jay said. “It was just a cab. No nothing, just a cab. I picked it up for a hundred bucks.” It now sits on a Mazda E2000 truck chassis and runs Jay’s favoured twin-turbo Toyota 2JZ set-up, which has served him well over many years as a burnout competitor. The deep tub out back was made from scratch and is just about big enough to take half of Lunatic Lane for a joyride. But the pièce de résistance is the twin-pump hydraulic suspension that allows the entire thing to scrape as it drives. 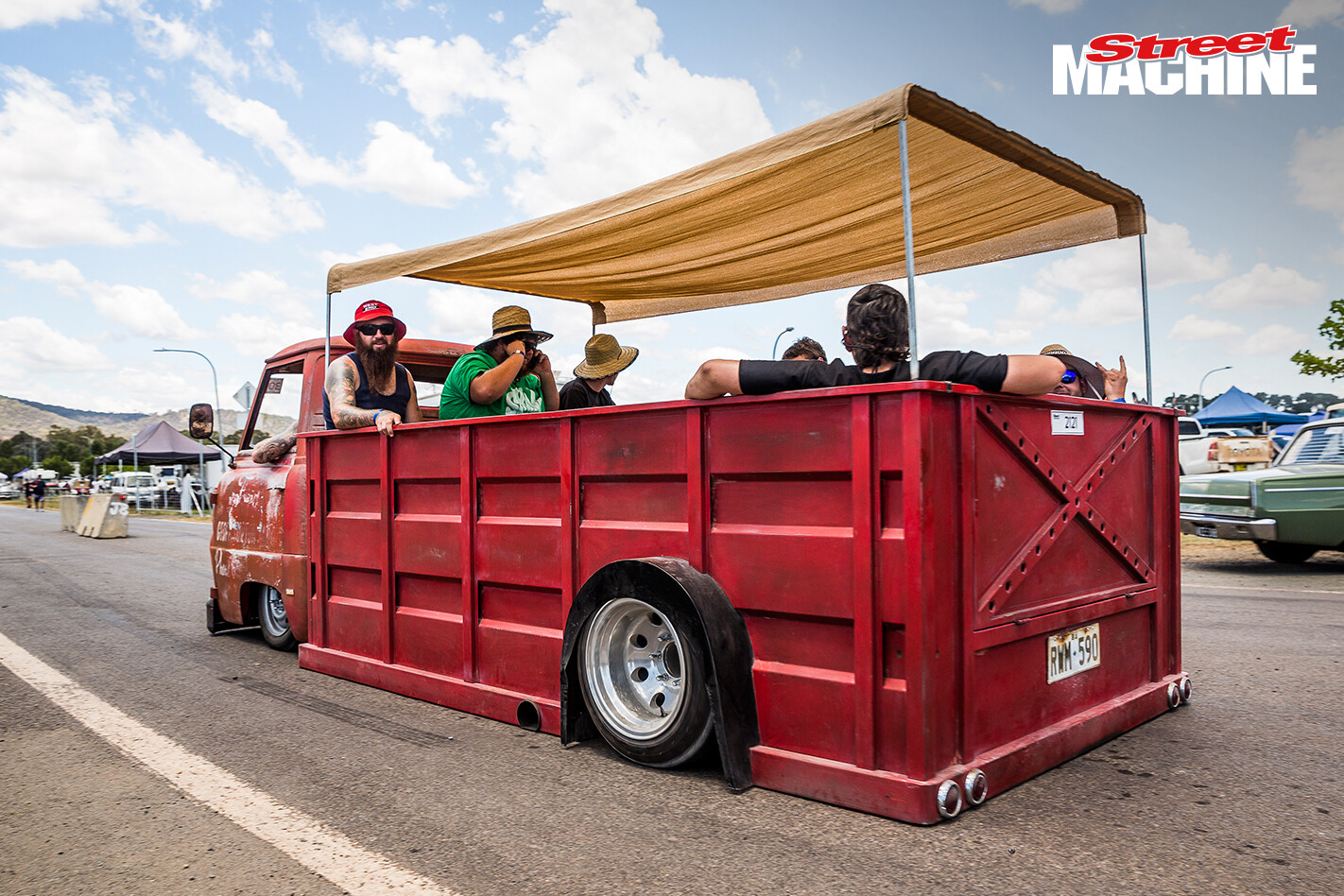 “It’s not designed to hop, it just goes up and down and drives low,” Jay explained. “You can drive it completely on the ground. The sump doesn’t love it, but it’s still going.” Summernats was a successful debut for the Thames – people loved it, judges loved it (it won a Summernats Special Award in the Supercruise), and it ran reliably. The big test would come after the ’Nats, when Jay attempted to drive it all the way home to Adelaide!

“We towed it here but I just bought another truck in New South Wales so that’s taking up the trailer and we’re driving this home. In the meantime, I’m trying not to scrape the sump off it.”