Once again there will be a bunch of ways to celebrate our combined love of cars to suit enthusiasts from all walks of life at Summernats – from the glamours in the Top 60 Elite Hall, to the cool rides lapping the cruise route, the angry machines hanging staunch at Tuff Street, and the Street Class cruisers parking up on the oval.

When you add in bands, fireworks, drifting displays, lawn mower racing, dyno competition and a massive automotive trade show, you won't find yourself bored at Summernats.

But don’t think the ’Nats is just for people with the wildest, slickest, most perfect old cars: even if you don’t have a car or yours isn’t ready to roll, come on down to Canberra as a spectator and check out the wildest car festival in the world. Summernats. 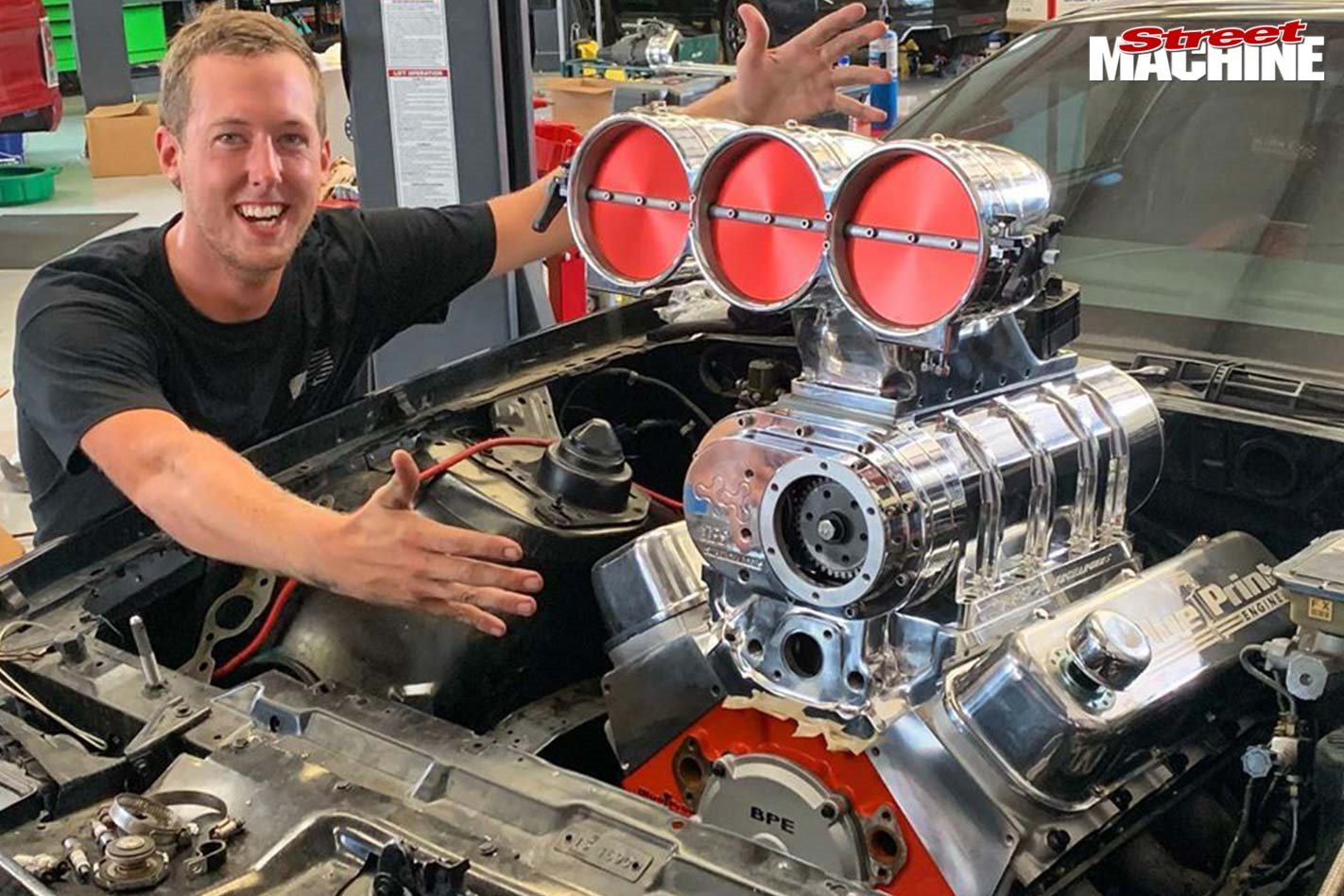 YOUTUBE superstar and bald eagle freedom aficionado Cleetus McFarland is coming to do it for Dale at Summernats with his third-gen Camaro skid car called ‘Toast’, packing a methanol-injected 632-cube big-block Chevy topped by a billet 10/71 BDS whine-pump. No stranger to Summernats, having visited a couple of times over the past few years, Cleetus is ready to bring the 1000rwhp party to the ’Nats burnout pad. He knows our Aussie burnout scene is no joke and reckons he is ready to smash tyres with the very best. 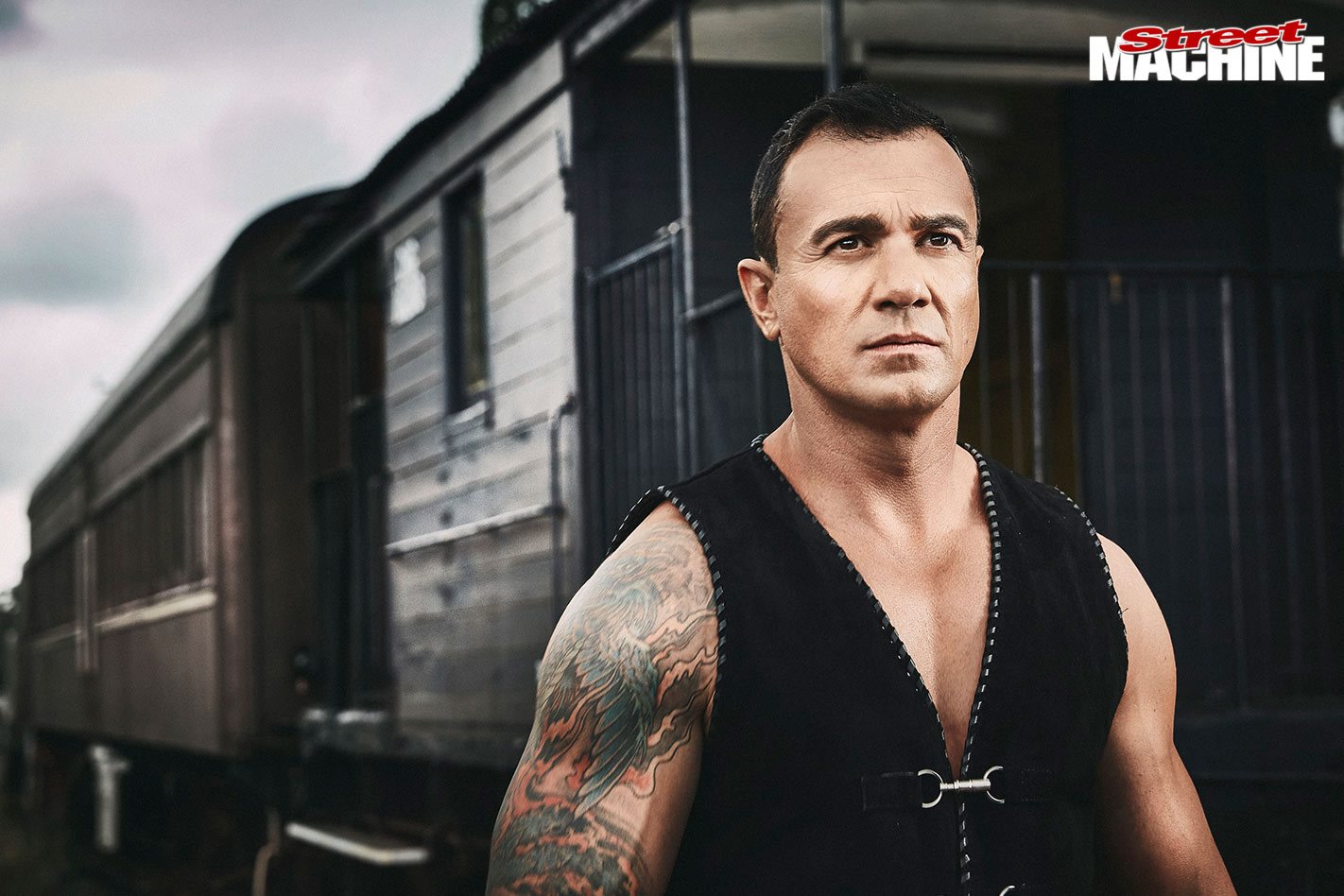 ONLY at Summernats can you have your majestic mullet or finely inked tattoos judged by the bloke we all know was robbed of the first Australian Idol win way back in the day: Shannon Noll. Condobolin’s greatest export will be on hand to not only officiate at Fashions On The Field, but to belt out a bunch of tunes as part of the Saturday night entertainment on the Main Stage! Away from the microphone, Nollsy is a well-known car enthusiast and he’s even entered his car, so hopefully we’ll see him pump a set down Skid Row. 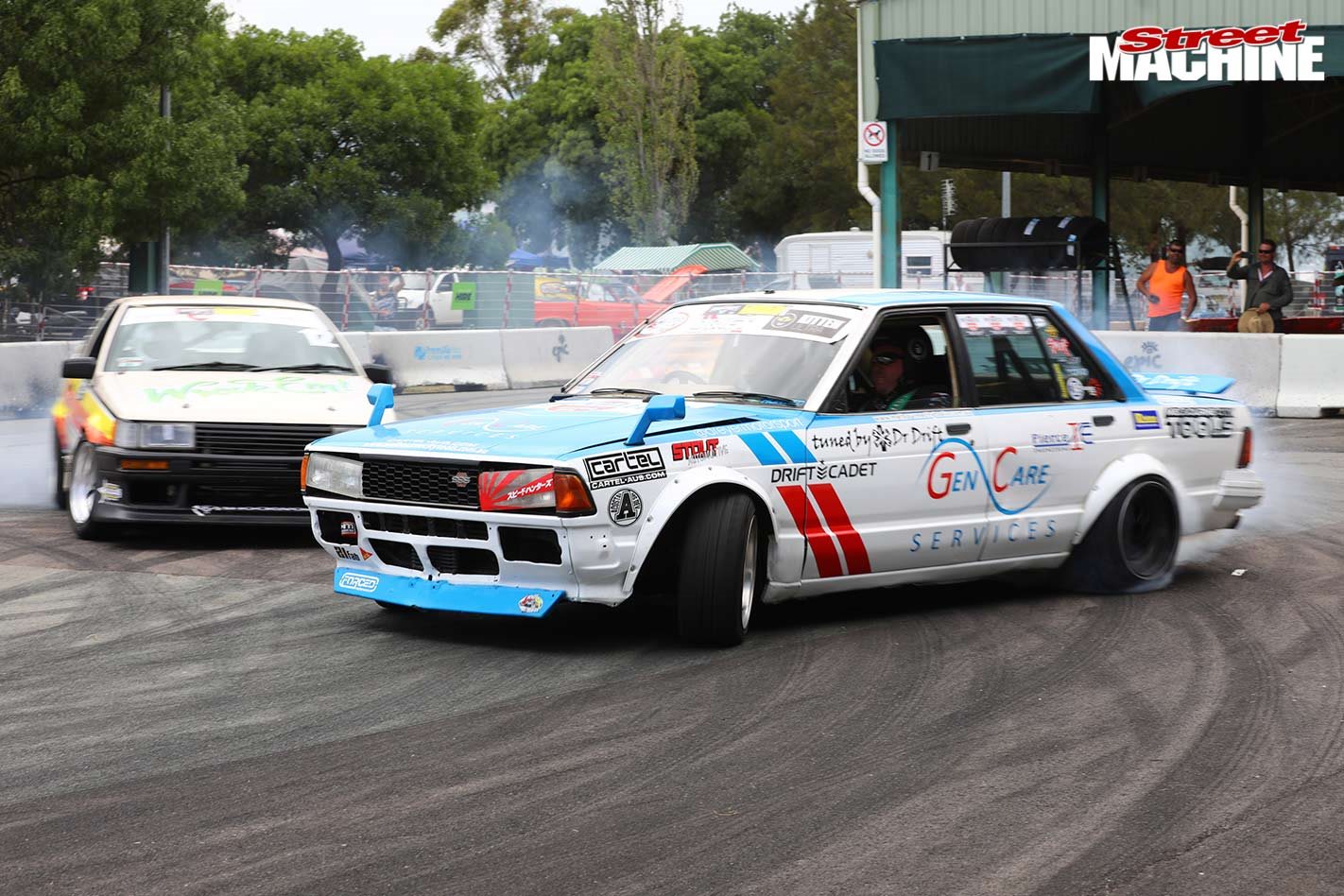 WE LOVE burning tyres and screaming engines, so the addition of drifting to Summernats last year was a hit. This year, the sidewinding precision drivers are back in their sliders, and spectators can get in on the action with passenger rides. Head up to the Scruitineering Pavilion from Friday to check out the iconic Japanese sport up close. 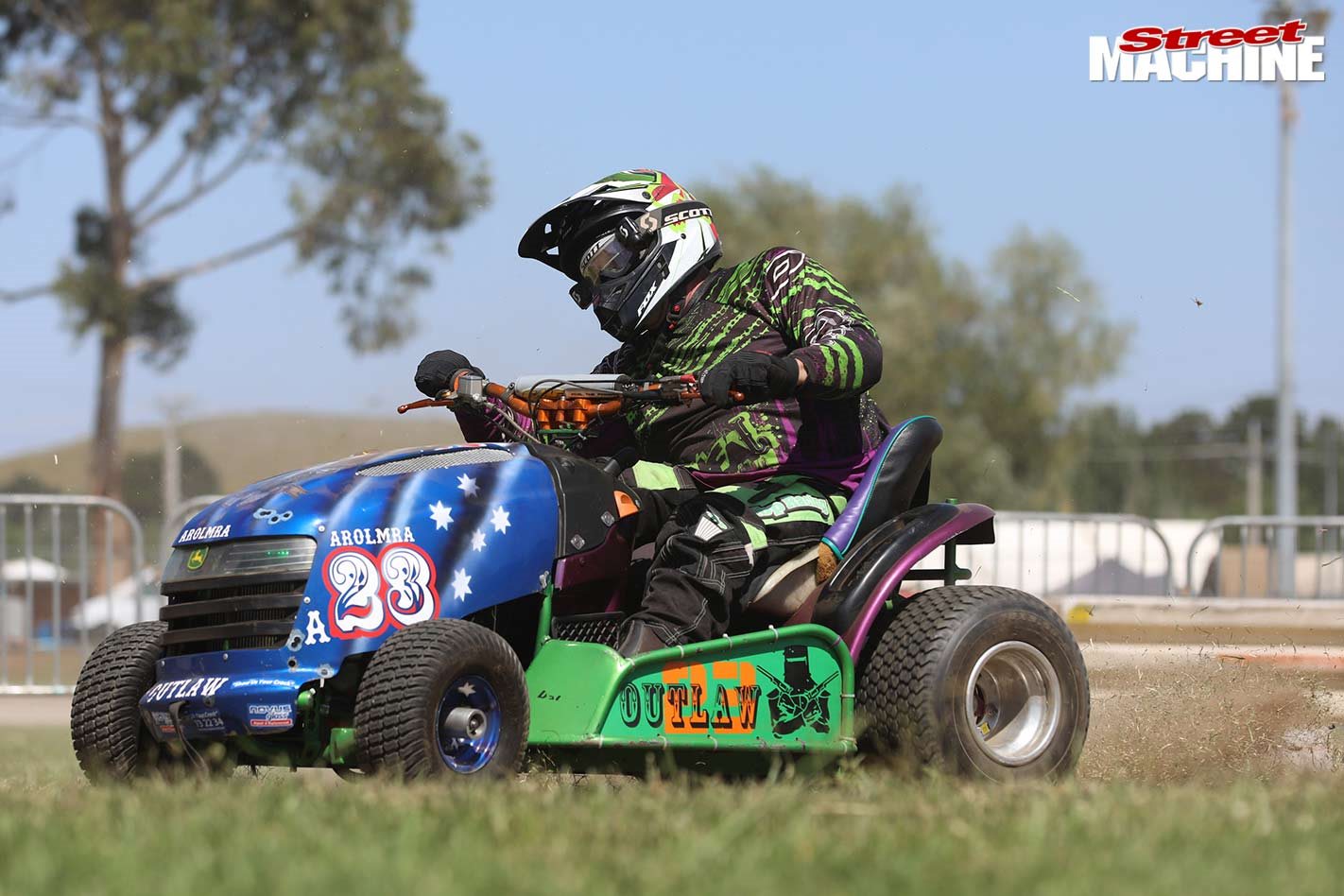 LAWN MOWER racing is a thing. And while it sounds pretty tame, the guys and gals of the Australian Ride-On Lawn Mower Racing Association (AROLMRA) are no joke. They’re holding a round of their national championship at Summernats, and there will even be a couple of rounds of celebrity races as ’Nats personalities face off on the Main Arena over the weekend. 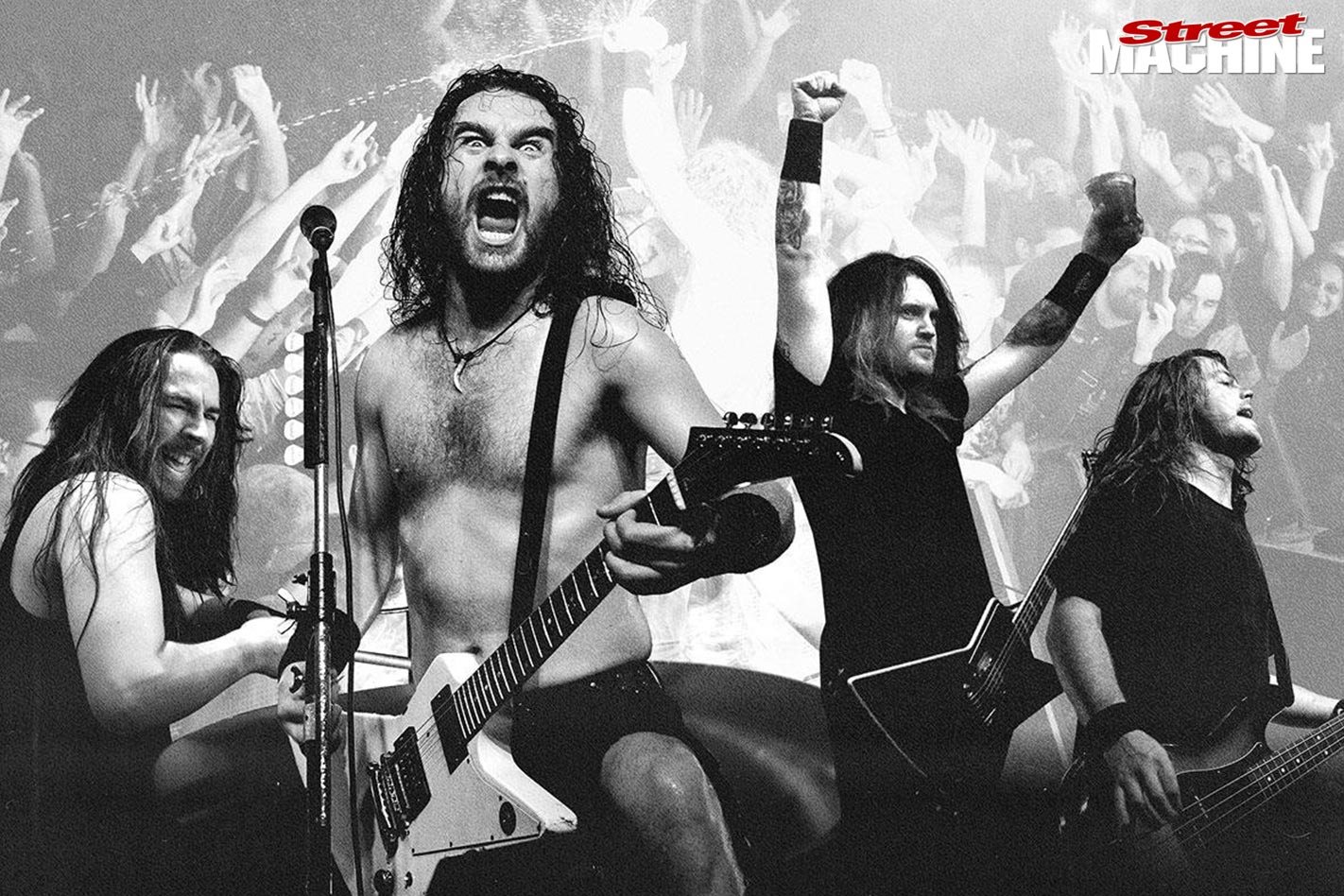 MUSIC is a key part of any party, and the Summernats crew have killed it once again with the artists performing at ’Nats 33. Getting the party started from 8:30pm on Friday night is Kerser, with hot Kombi owners Bliss n Eso taking over the Main Stage from 9:30pm. Saturday night is all about Aussie rock with Shannon Noll performing from 8:30pm, followed by the hard-rocking, head-banging boys from Warrnambool, Airbourne. 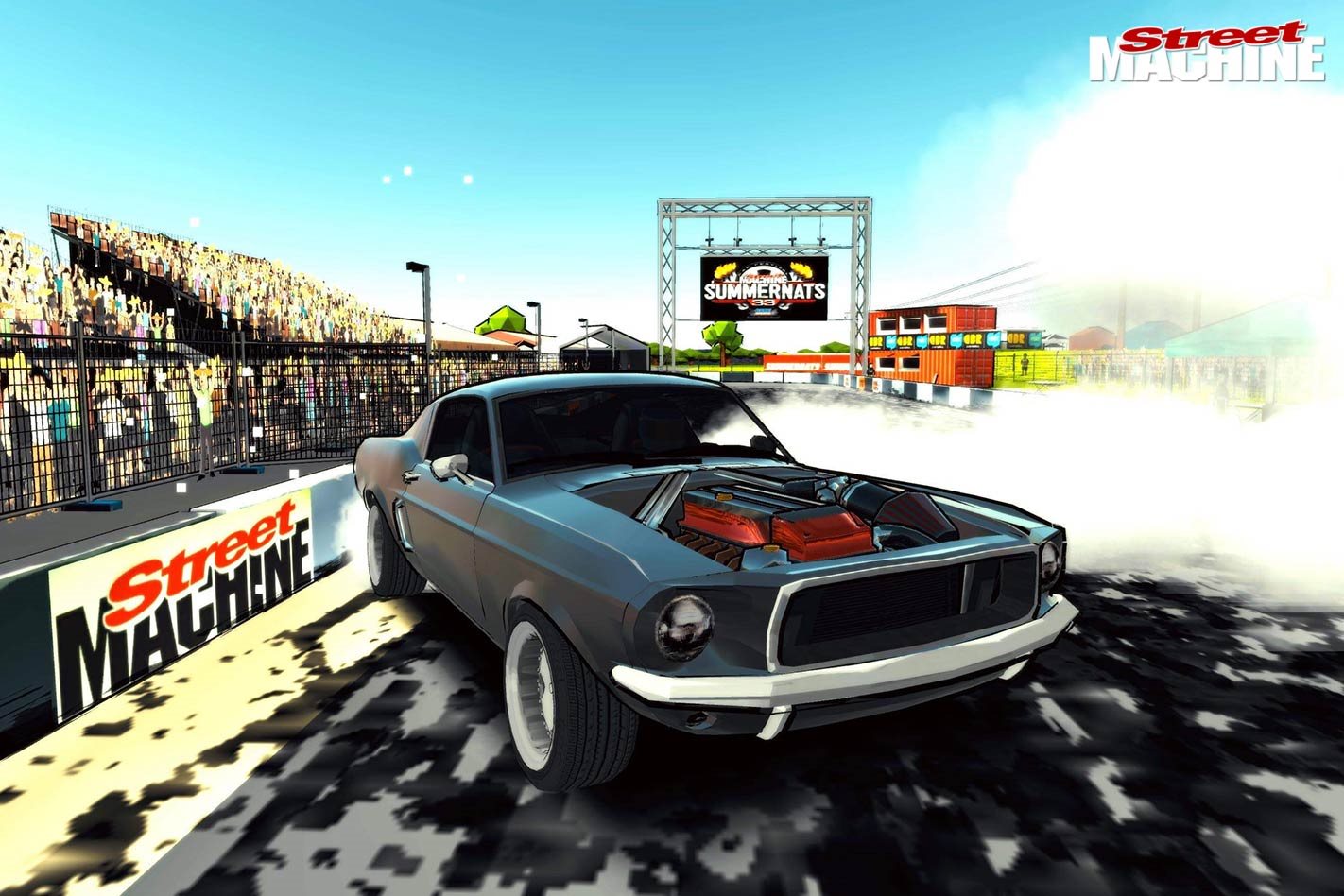 THE Summernats Burnout Masters is without doubt the toughest tyre-shredding competition on the planet, and now you can skid like a pro with the all-new Burnout Masters mobile game – the official game of Street Machine Summernats. Buy, test, compete, upgrade and win in a huge selection of cars, with tracks including the legendary Summernats Burnout Pad. There’s also a special tribute to one of the kings of the sport and a thumping Aussie rock soundtrack. Burnout Masters is available right now free from the App Store, with an Android version to follow soon. 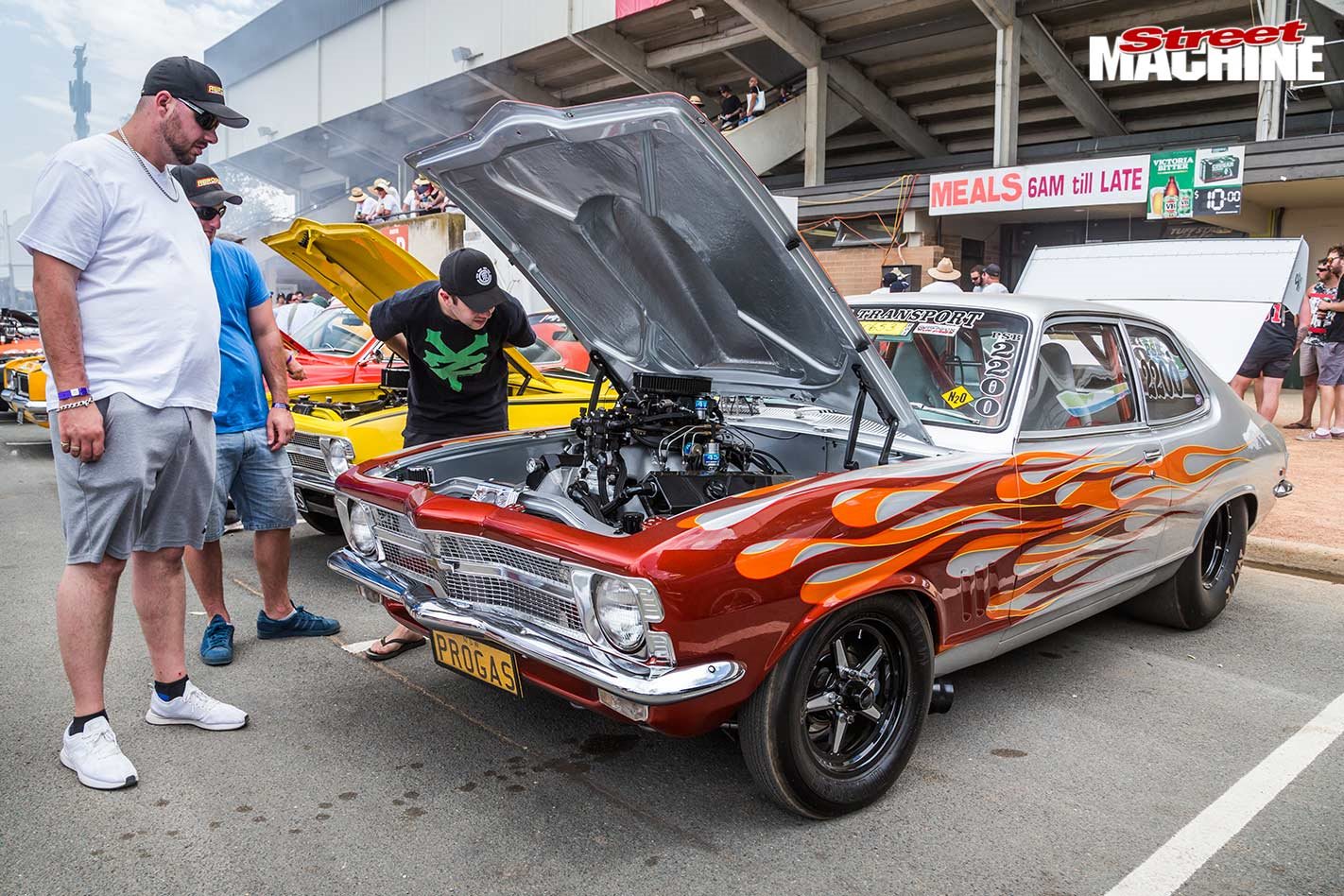 SINGLE-day attendees will have more fun than ever on Sunday with a special Cleetus & Cars show. Available to enter with a separate ticket purchase, it will pack all the fun of Cleetus’s events back home in the USA with a static show on the oval, plus access to drive the cruise route, including Skid Row. 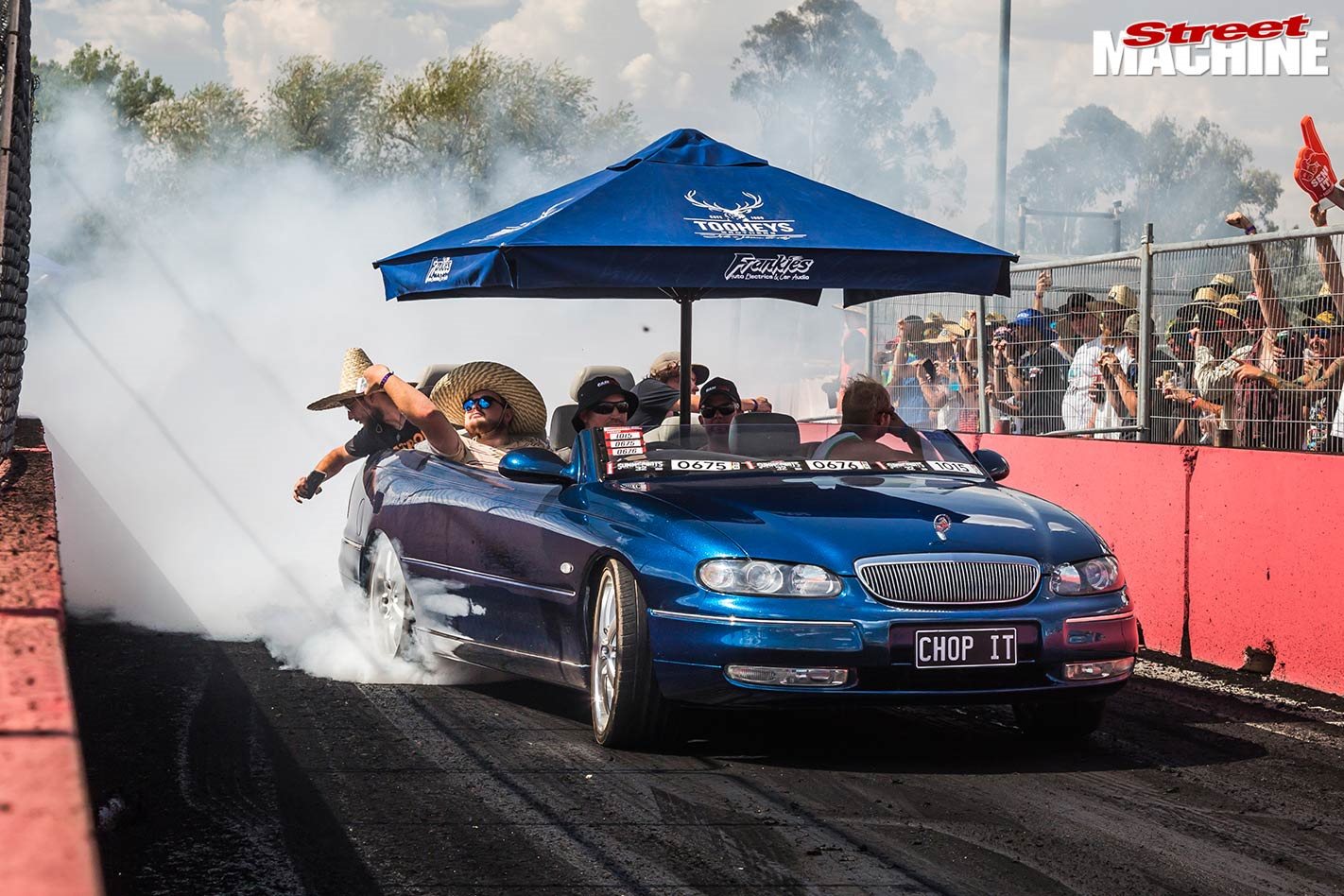 Keep an eye on the ’Nats website for more info on how to purchase your ticket to this Sunday-only event. 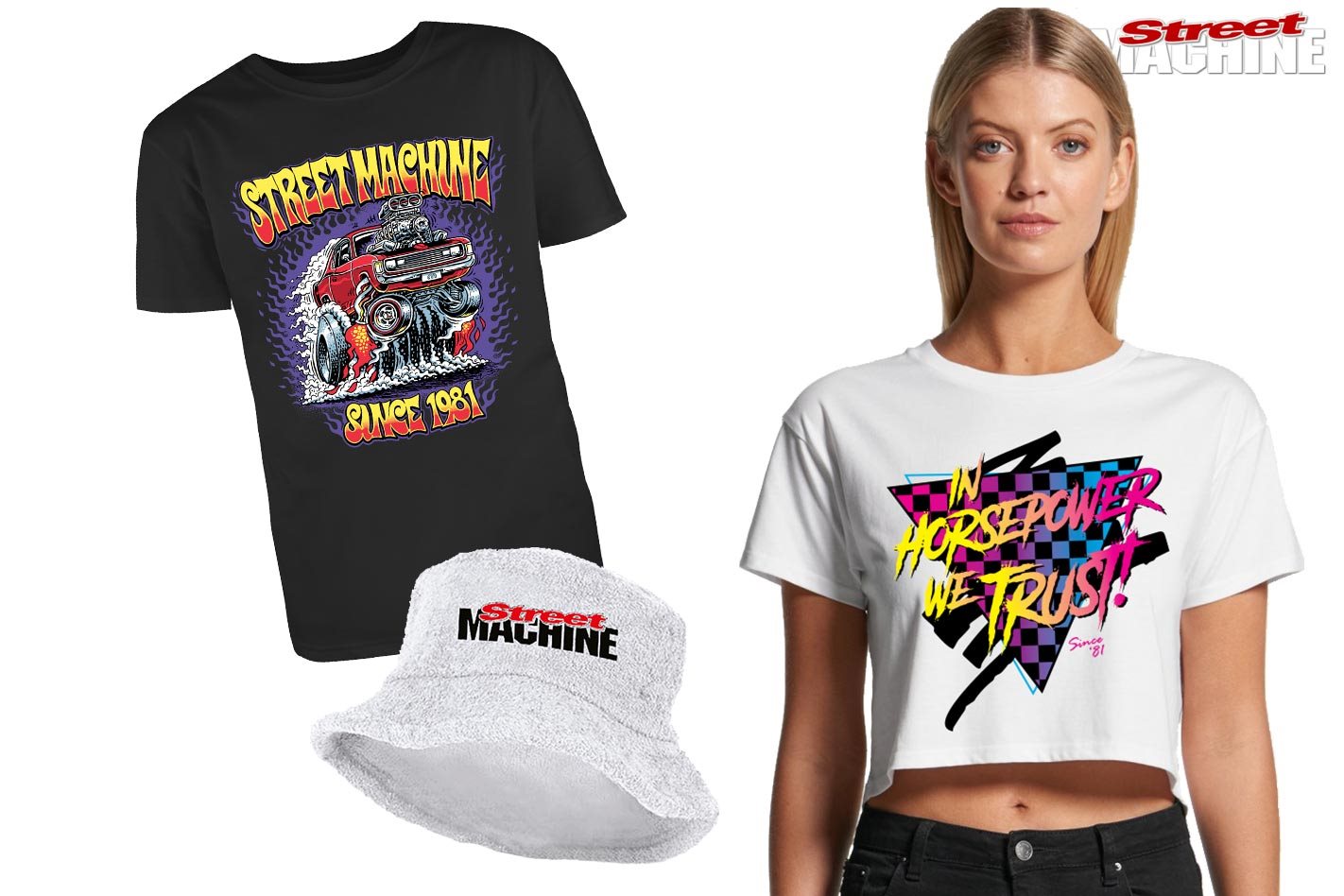 THIS year we’ll have a bumper crop of merch on the Street Machine stand. This will include a wild Charger shirt by acclaimed artist Marty Schneider, and a tribute tee to the late, great John Peterson.