In part two of our Summernats 29 cult heroes, we give a shout-out to three more outsiders who we reckon deserve a pat on the back for their efforts from last year

Some jalopy owners like to get so far off the beaten track they find an immediate place in our hearts. They probably weren't in for a shot at winning any awards, but they were still worthy of a shout-out. Following on from part one of our Summernats 29 cult car heroes, here's three more outsiders who we reckon deserve a pat on the back and the top gong for our own special fabricated categories

CURE FOR THE BLUES AWARD

“It's got cop shocks, cop tyres and runs good on regular juice!” Mark’s wicked Val has been doing the rounds since Summernats 25 but copped a rebuilt into a Bluesmobile replica recently. 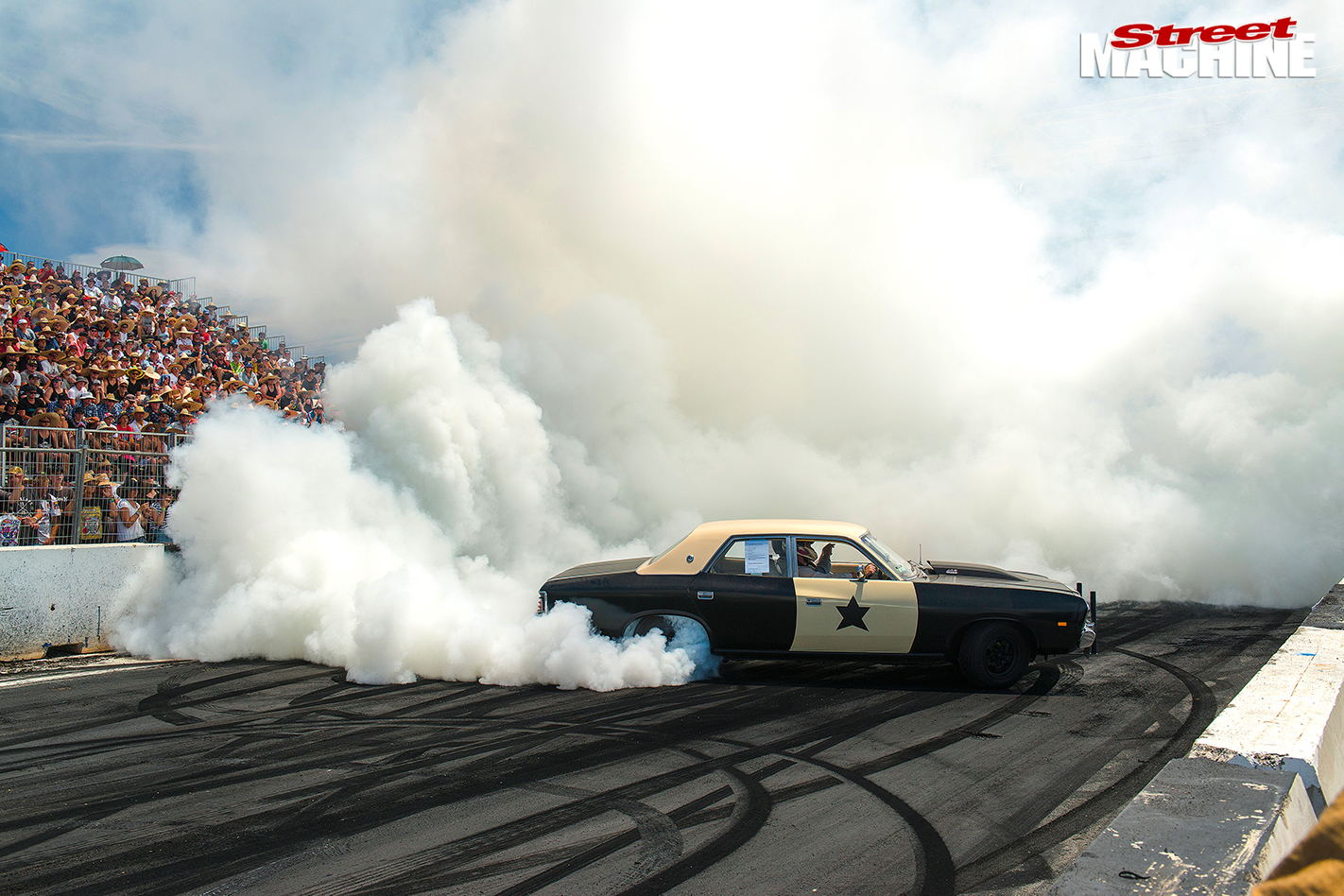 “I always wanted to do it but didn’t have the balls to so one day last year I woke up and decided to turn it into a replica of Elwood’s car from The Blues Brothers,” says the Canberra mechanic.

It’s built as a burnout car and to be taken up to Sydney to the drags a few times a year.

“I originally had a 360 Chrysler in it but that exploded in the burnout finals at ’Nats 25, so I built a 500hp forged 408-cube donk with aluminium heads, big Holley four-barrel and lots of oil system mods,” Mark said. “It’s got a 10-litre sump, twin filters, a big accumulator to keep pressure up and a big cooler in the front, so the oil temp and pressure stay rock solid.”

Mark saw the Val as the perfect base for a Bluesmobile replica. 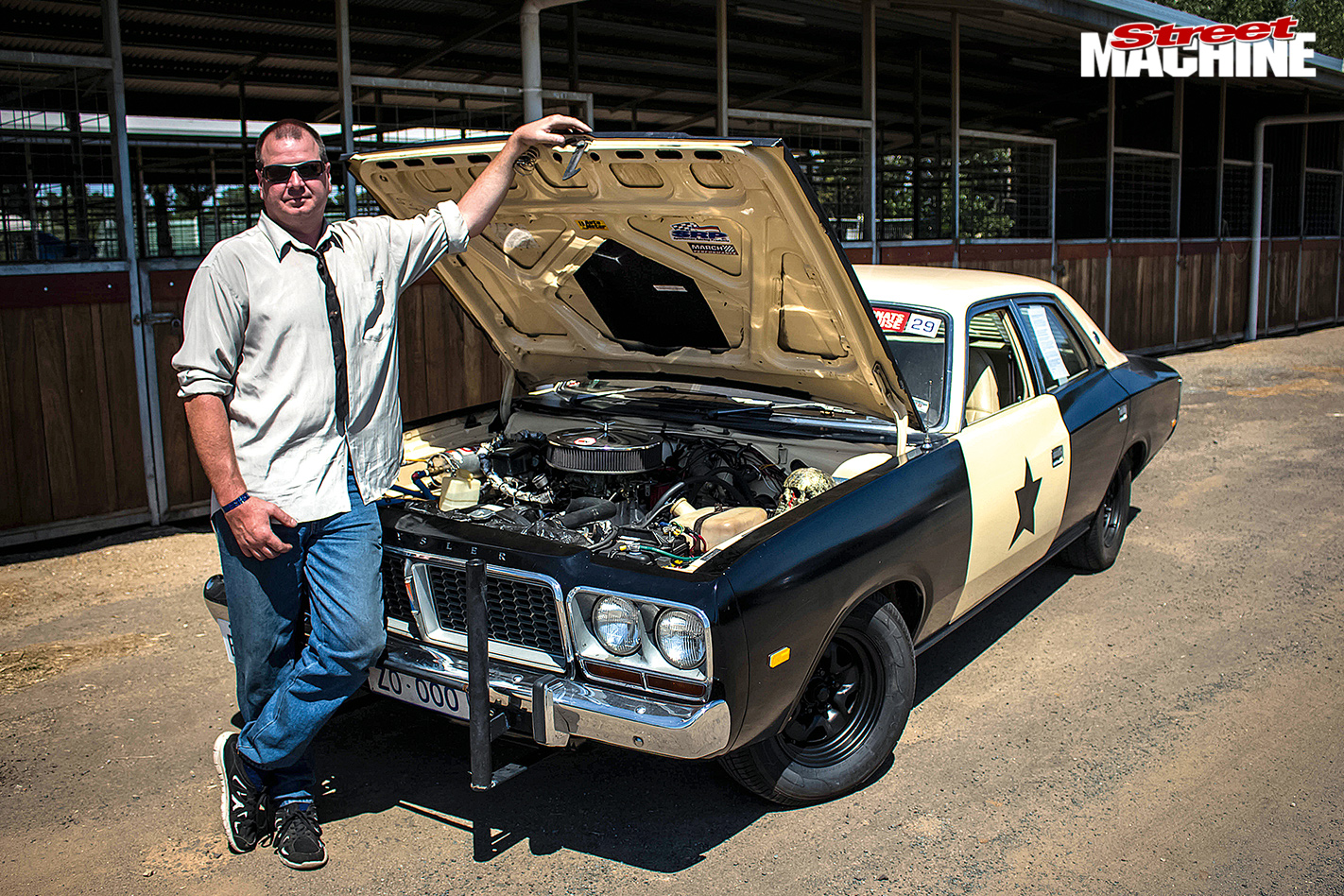 “The shape is very similar to the ’74 Monaco they used in the movie, and with the four round headlights, shape of the doors and interior layout, it’s very close. I made my own nudge bar from looking at pics of the original car, too.”

“Everything is built for it to be reliable for burnouts. I street drive it regularly, though, and I love to take it out.”

One of the most amazing cars of Summernats was Leigh Schnerring’s original HK Monaro. And we don’t mean ‘It was an original Monaro before it got painted/trimmed/tubbed/nine-inched’. Nor, surprisingly, do we mean ‘Monaro GTS 327’. No, we mean dead-set, bona-fide, original condition base-model Monaro, right down to skinny wheels (with optioned-on GTS wheel covers) and three–on-the-tree gearbox. 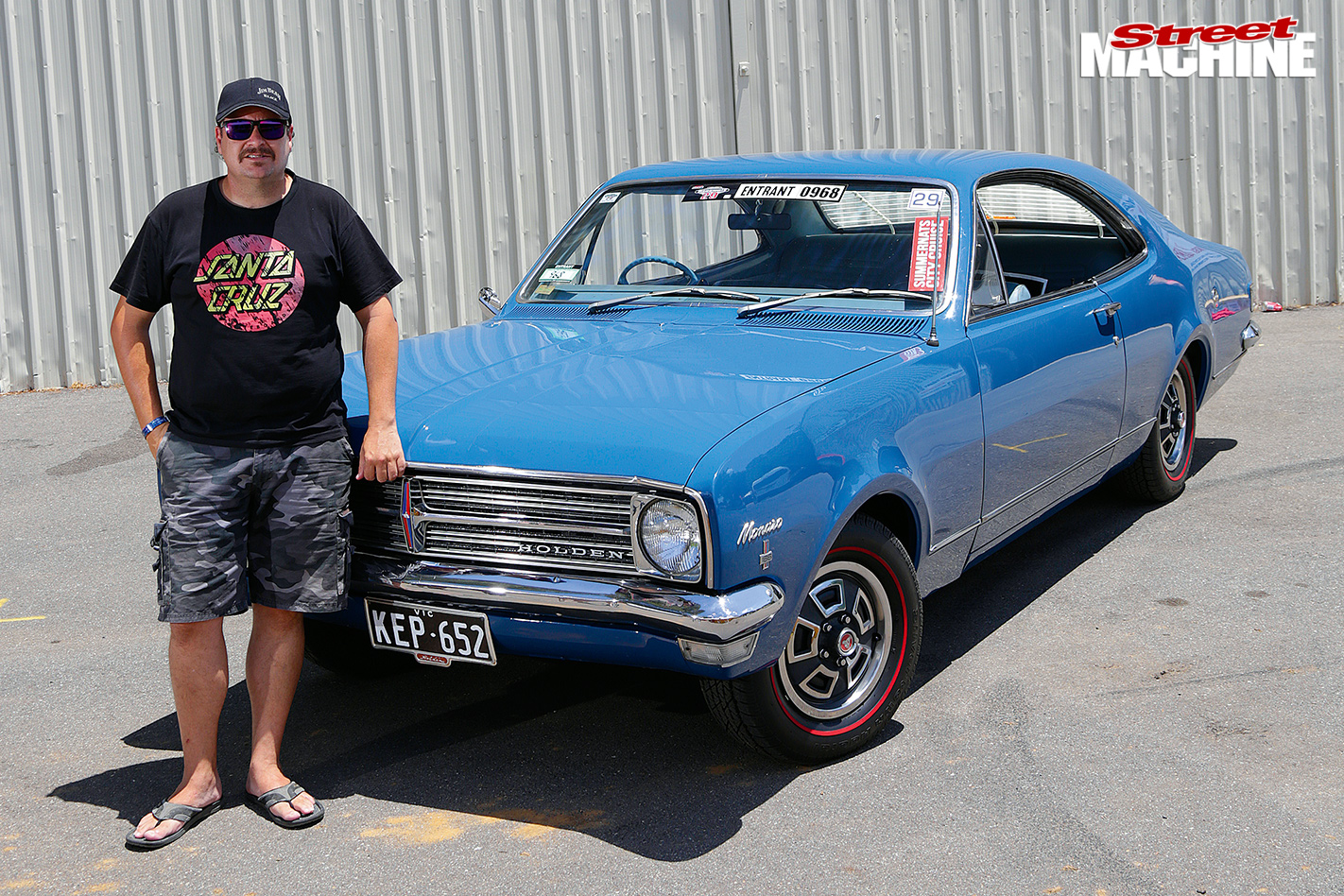 It’s owned by Melbourne fireman and Holden nut Leigh Schnerring, who stumbled across the Monaro for sale on the very day he’d just freed up a chunk of cash by selling a Holden Brougham. A couple of phone calls and one genuine and generous offer later, the Monaro was his. That was in October last year.

“I was the only one that rang up about it,” says Leigh. “I caught the train down and picked it up. It had all the paperwork with it. I’m only the second bloke on the papers. It’s only done 75,000 miles. 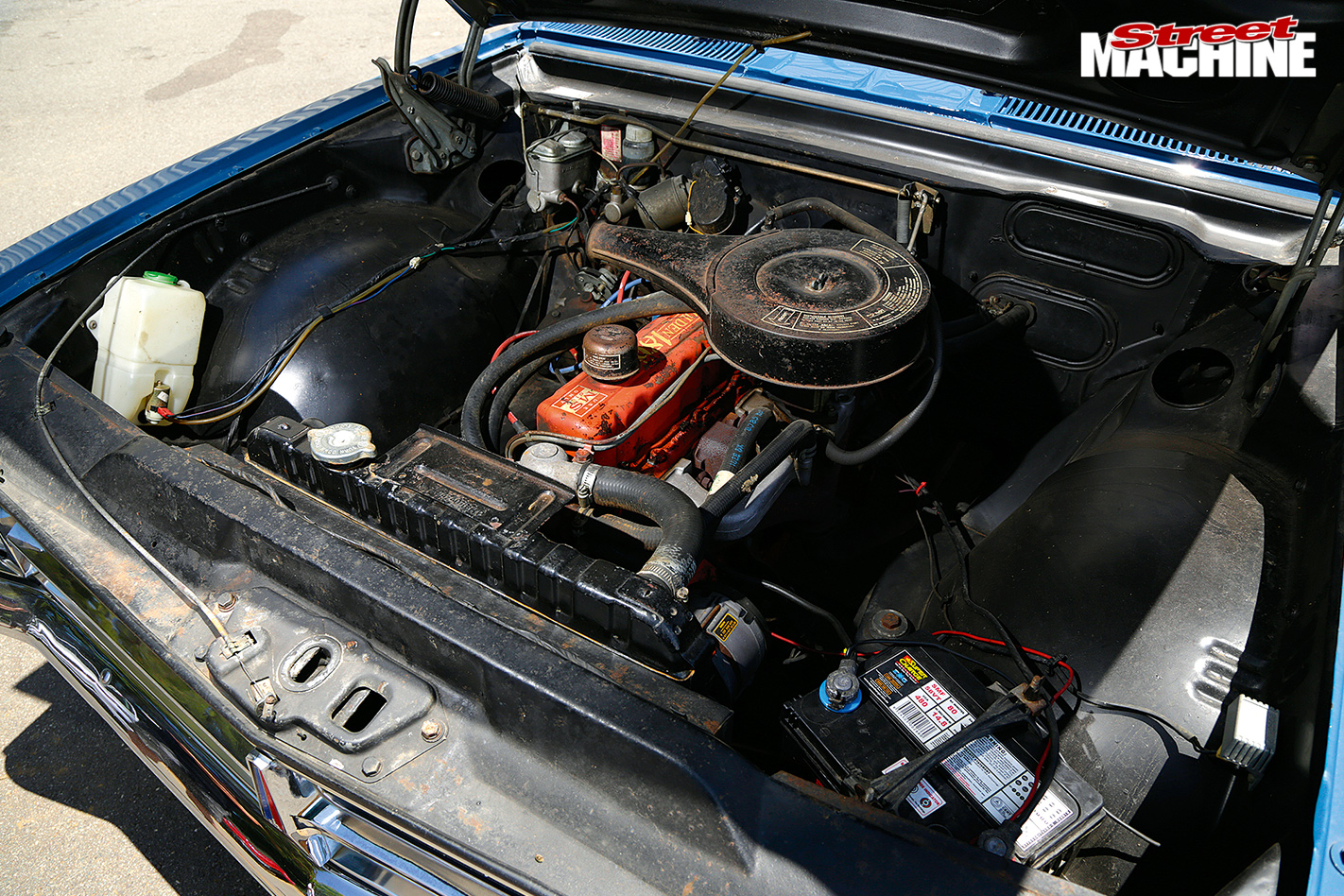 “It had been traded at a dealer – Smiths of Geelong – and they’d kept it on display for a while with the [then] new Monaro. Then it went to a wholesaler… now it’s mine.”

Leigh has serviced the car, replaced some growly gearbox bearings, fitted a rear venetian, some red-wall tyres and era-correct seatbelts in the rear.

How cool’s this? Plenty of Toyota Crowns – and other Japanese stuff like Nissan Cedrics and Mazda 1800s – were pushed off cliffs in the 1980s. But those that survive have a happy group of fans. 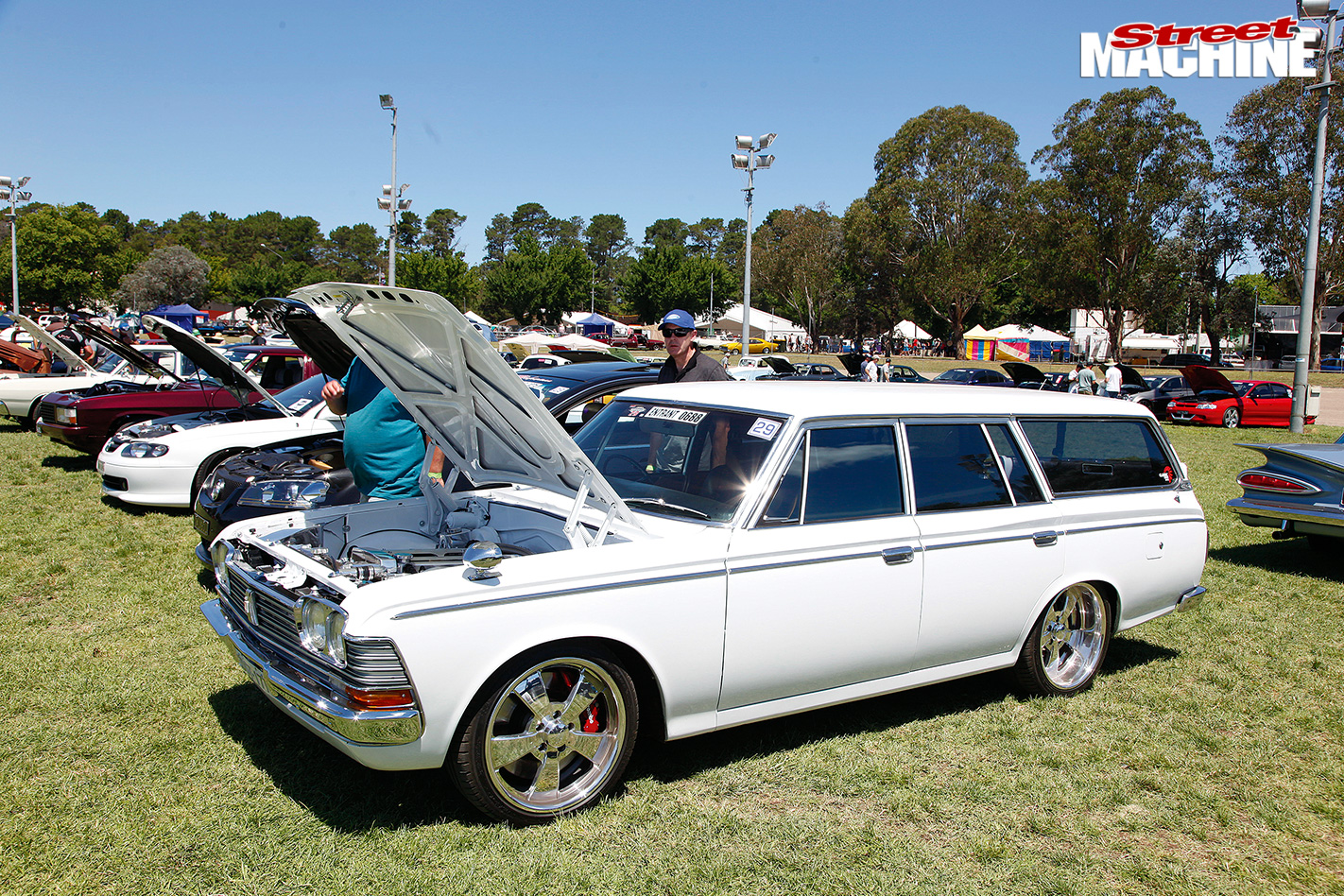 Like, for instance, Canberra’s Luke Stitt, who stuffed a 7MGTE 3.0-litre six from an ’88 Supra into his old factory seven-seat Crown and then turbo’ed it. A healthy 250kW at the tyres means the ex-HiLux diff and Brembo brakes all round have purpose.

“It’s the fastest fridge in the galaxy!” he reckons. “I drive it about 10,000 kilometres a year – Dubbo, Melbourne, Sydney. 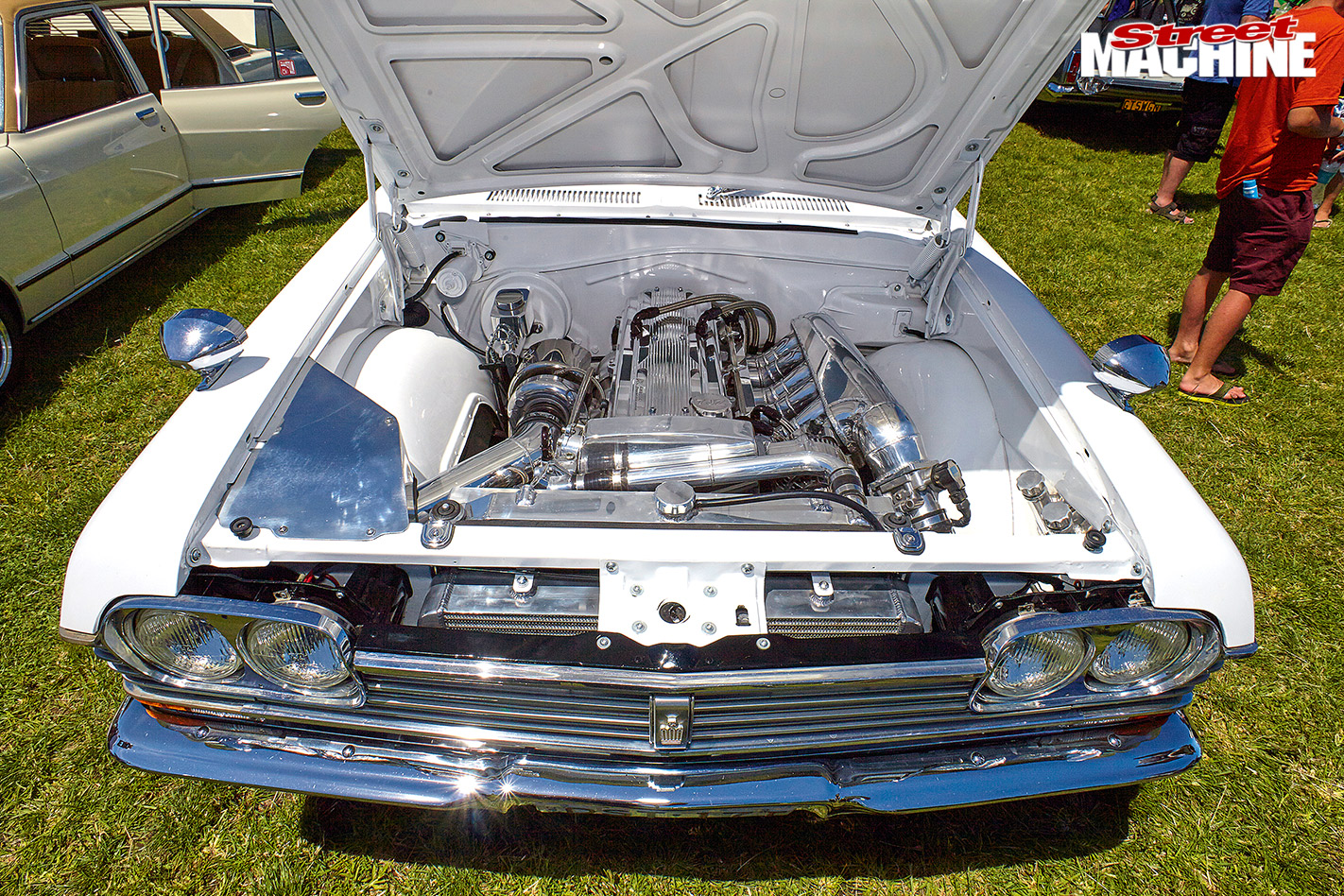 Luke’s wagon is a bit of a special one.

“This is a Japanese-built one,” he said of the origins of his subtle white sleeper. “So it got more goodies than the Aussie-built ones. And it’s a factory seven-seater.” 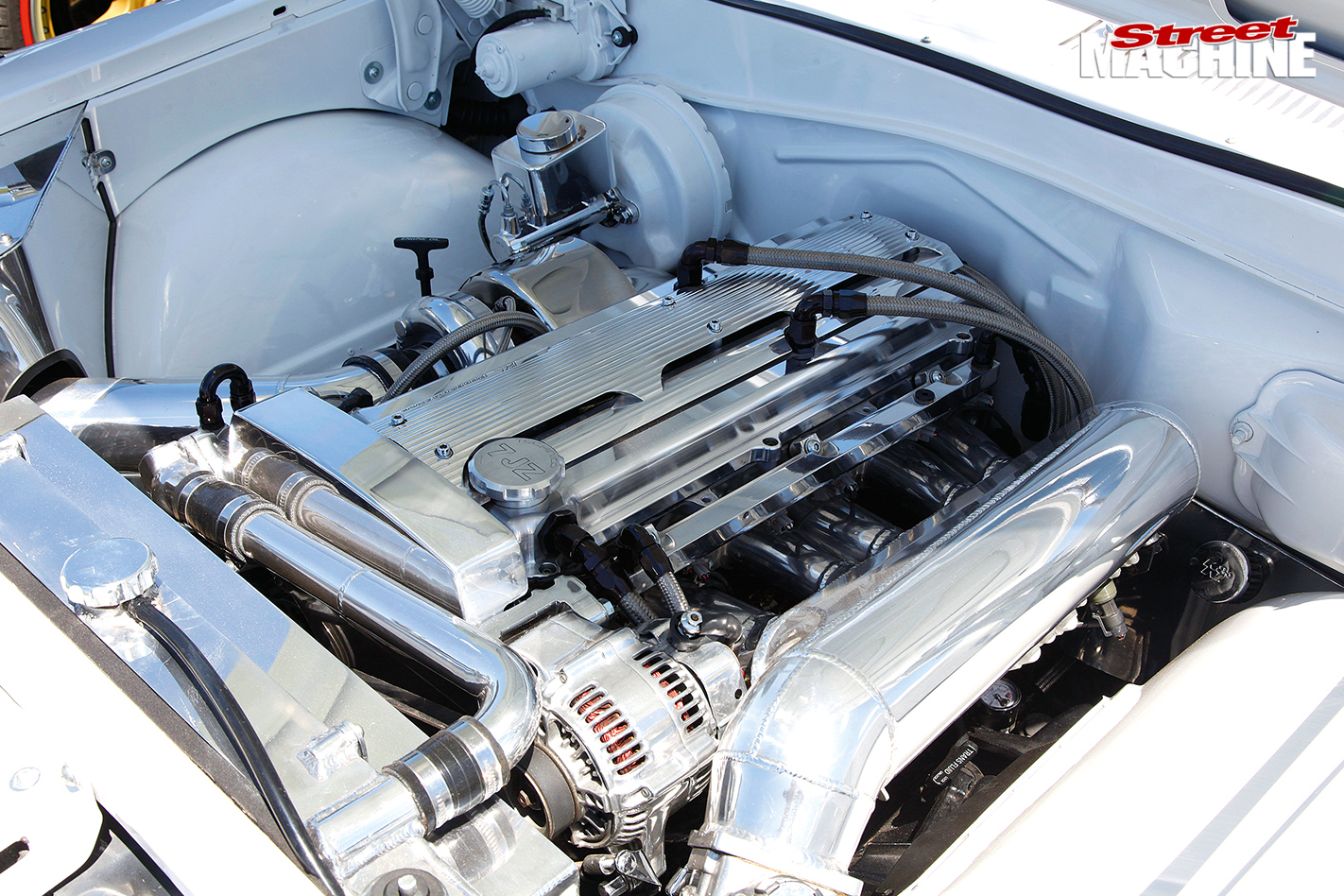