EVERY year Street Machine Summernats kicks off with the city cruise down Canberra’s Northbourne Avenue. Hundreds of tough cars, including many that would never otherwise legally be able to drive on the public road, hit the street for a one off chance to cruise the streets. One of the toughest cars would have to of been Dustin Goldsmith's blown, tubbed VE Ute burnout car.

Our special guests Farmtruck and Azn from Street Outlaws used the city cruise as their first real drive in their new burnout car built by the guys at CIT. The guys are out here filming an episode for their Discovery TV show and had film crew in toe for the whole cruise. 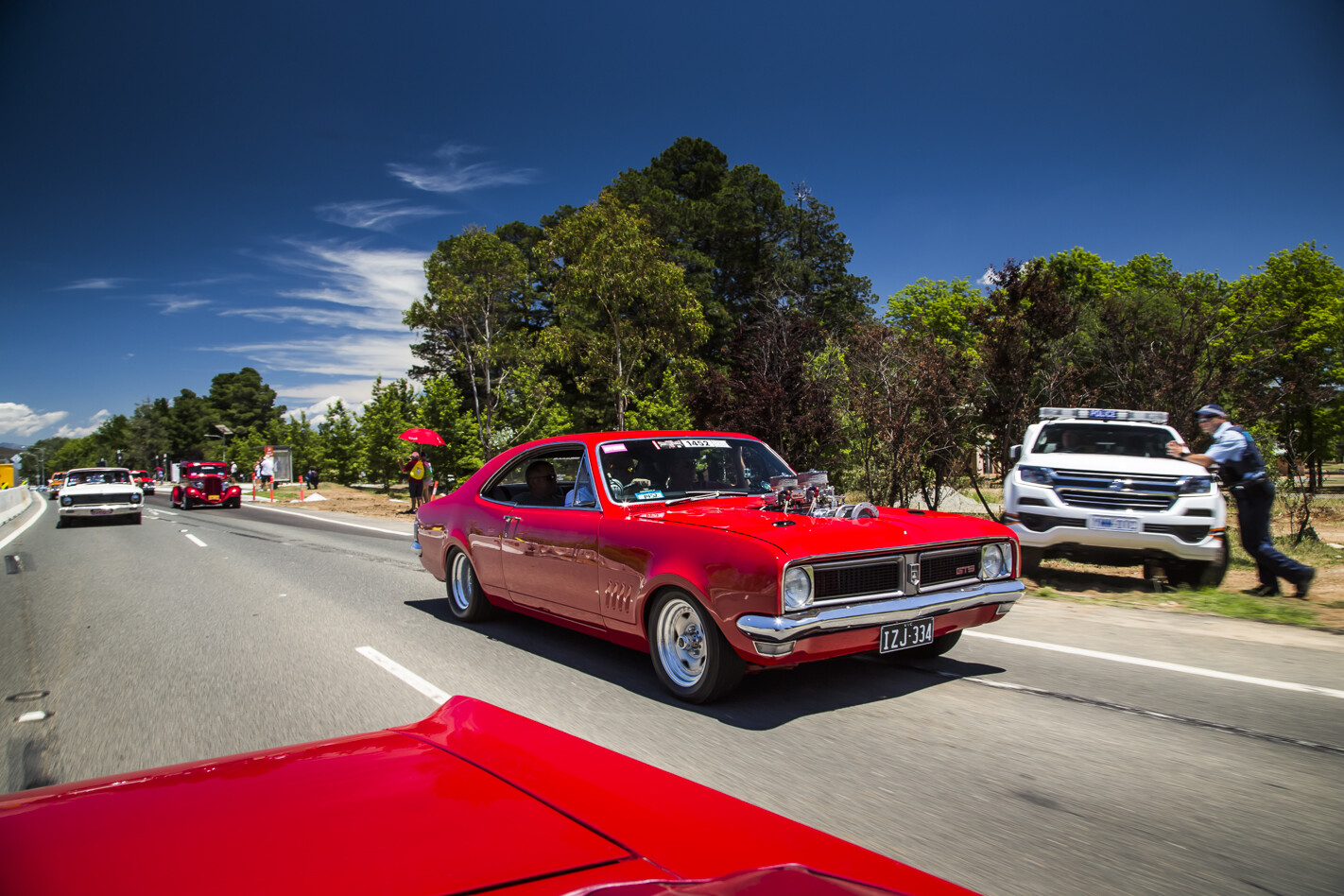 Later in the day they took to the burnout pad for the very first time, but unfortunately things didn’t go to plan and the Farmtruck hit the wall twice and did a fair bit of damage. Fingers crossed they’ll be back out for another go later in the weekend.