IT was absolute carnage out on the burnout pad today at Street Machine Summernats 31 for the first day of skids. Twenty-seven cars took to the pad for the Last Chance Wildcard Shootout and it was a cracker field filled with a lot of highly experienced drivers, some new comers and previous Burnout Masters competitors.

With the burnout pad having not seen any action since we were here last year, it was very slippery and it definitely caught out a few competitors. Plenty of cars tapped the wall, including BALLISTIC, SICKO, GEMWAR and MRBADQ. The carnage continued as BLWNVC had a tyre fire, as did the 1FATRAT Chevelle.

Our American guests in Farmtruck and Azn with their blown LS-powered Chevy pick up also had a few dramas, hitting the wall in a big way twice! You can click here to see the full video. Cleetus from 1320Video had a skid in Nathan Patterson’s freshly built LS-powered Corolla and put on a surprisingly good performance given he’d never driven the car before nor had the Corolla even turned a tyre in anger before today.

In the end the judges picked Todd Kopelke's NVYDIS Torana, Jason Schmidt FRASHR and Dwane Pallentine in the PEPPER IT Torana - they'll be going through to the Burnout Masters qualifying on Saturday. 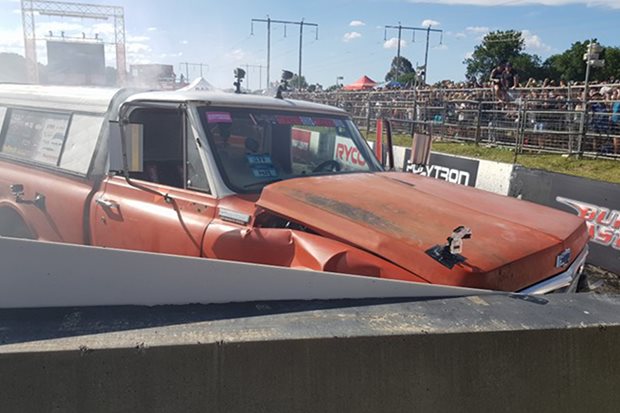 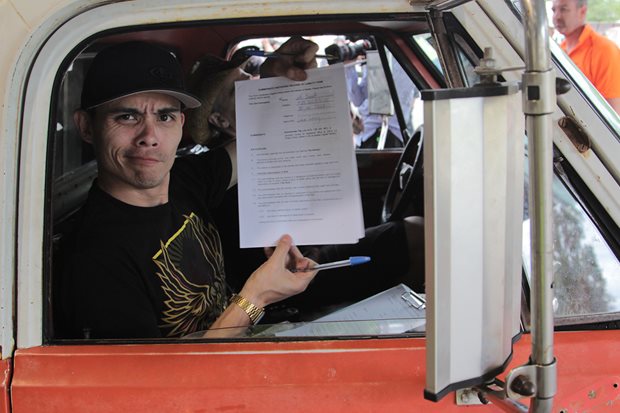