SUMMERNATS works in funny ways; at anytime, anywhere you can strike gold as Editor Telfo and I did on Saturday afternoon. While waiting for TV stars Farmtruck and Azn to drive our Carnage twin-turbo V8 Mazda MX-5, we stumbled across this survivor blown big-block Monaro, GFORCE JUNKIE, entering scrutineering for the Top 60 Elite Hall. Bill Stevenson has had this car since he was just sixteen years old, it was his first car and daily driver during his youth. He purchased the car off Steve Langham who originally built it in the seventies into the iconic street machine that it is now. It was an original HK Bathurst Monaro which Steve converted to a big-block, added the blower, massive wheels and the cool mural down the doors. Back in the day it was one of the first blown cars on the scene and featured in a few early hot rodding magazines. Steve even drove it to the Bathurst 1000 back in the day and after selling the car went on to build a wild blown Monza which featured in Street Machine in the early eighties. When Bill purchased the car he left it exactly how Steve built it, but eventually decided he wanted to put his own spin on it so GFORCE went into hibernation for almost thirty years! 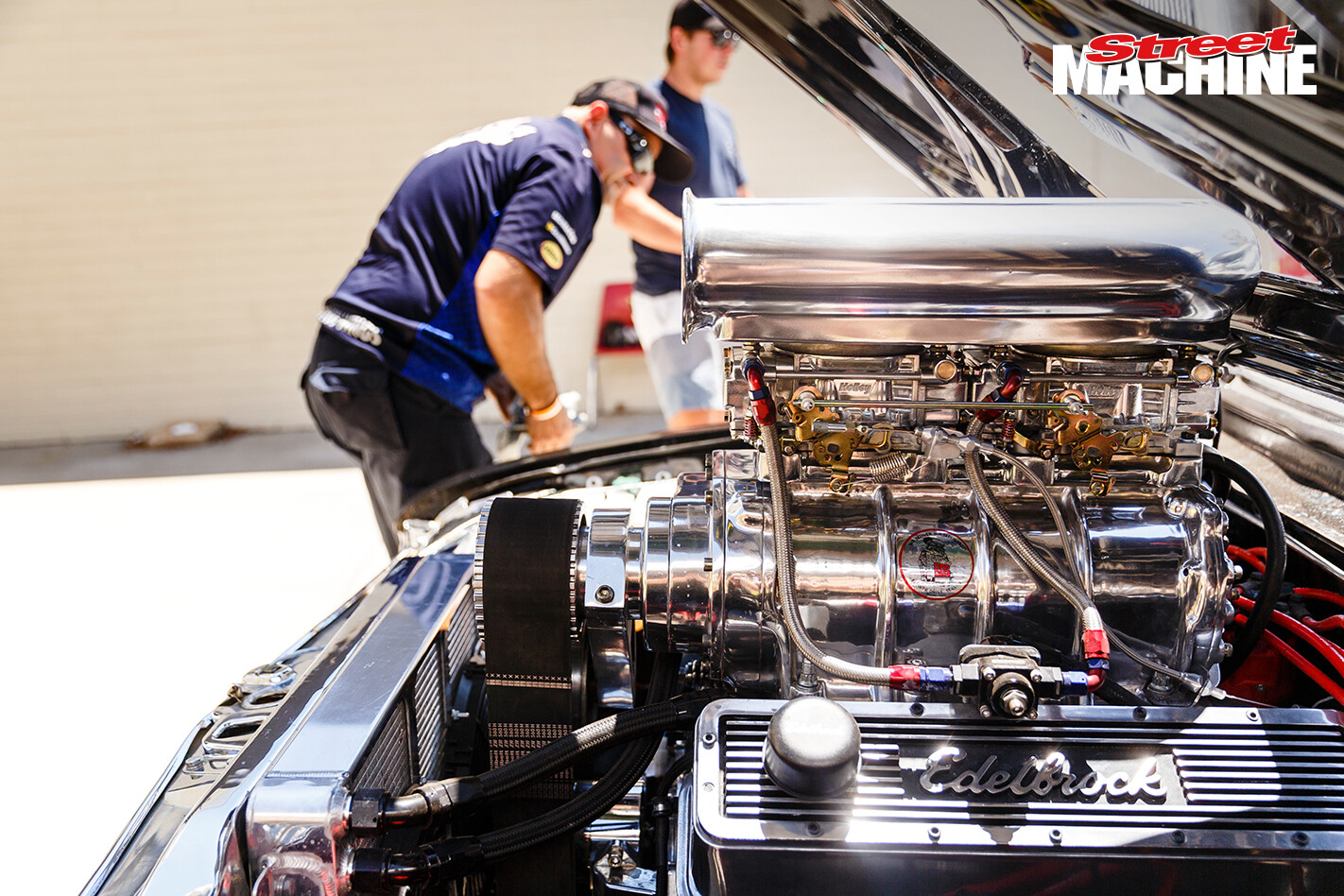 Bill never got around to modifying the car and it sat in the barn collecting dust. About four months ago Bill decided to get it out and back onto the road. While the mechanicals have been freshened up, it’s still identical to when Bill bought the car save for a few cracks in the paint, which were actually caused by the cows in the barn licking the car and their saliva eating away at the finish. This is a true survivor street machine and Bill intends to once again drive the wheels off it and clock up plenty of street kays.