THE Australian Army’s Team Army project vehicles have been doing the event rounds for years now, with the ‘Project Digger’ Ford LTD and six-wheel-drive Land Rover ute, ‘Armygeddon’, wowing crowds and smoking rubber since the mid-2000s, and soon they’ll have a new stablemate to play with. 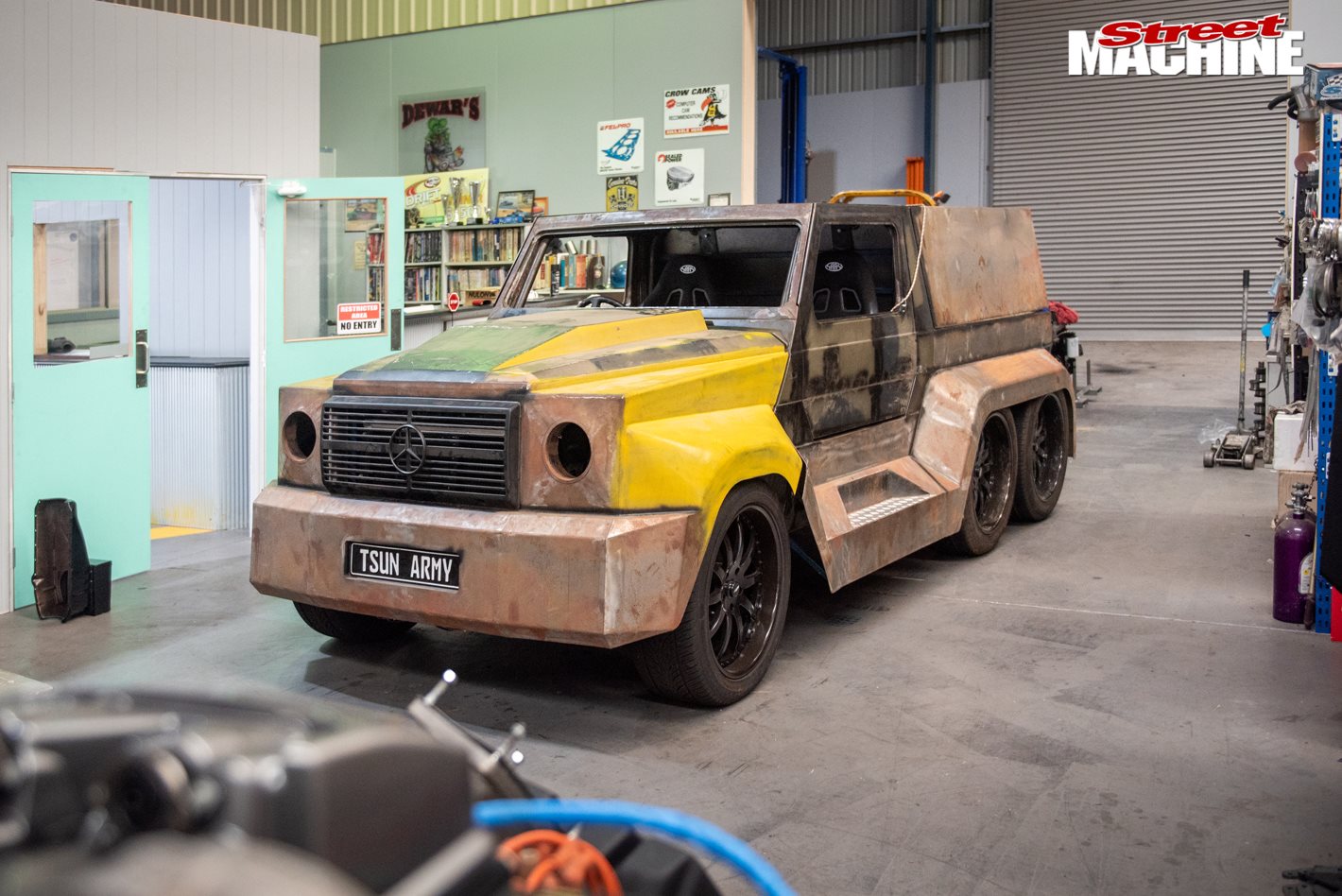 Dubbed ‘Matilda’, Team Army’s latest project car is a 2014 Mercedes-Benz G-Wagen, and it’s set to be unveiled at Street Machine Summernats 33 during the Meguiar’s Great Uncover.

This particular car was initially part of the Army’s vehicle-testing fleet, where it was damaged during the gruelling trials. Rather than scrap the sorry remains, Team Army decided to turn the six-wheel-drive Mercedes into a mean burnout machine as its new showcase car. 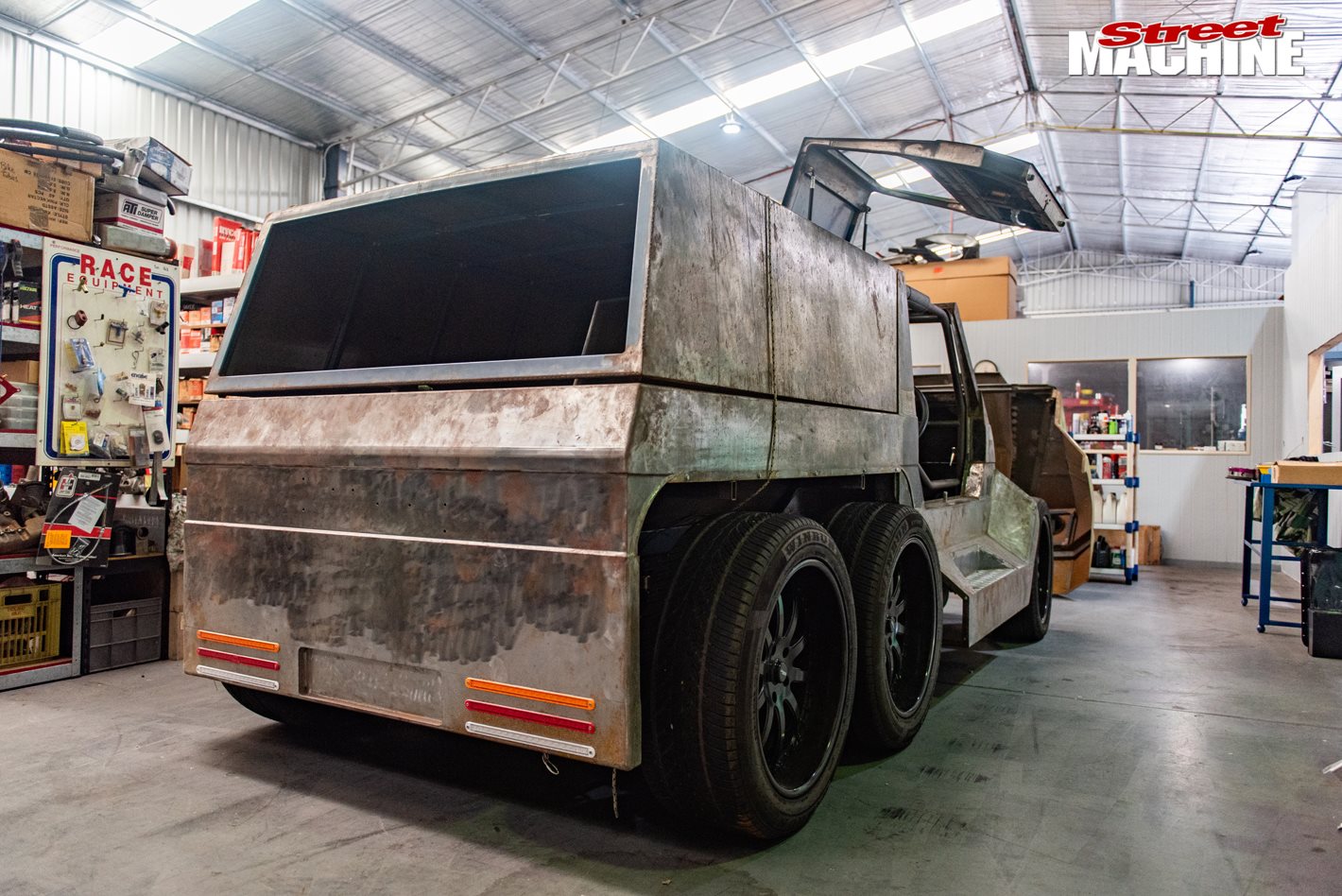 “The name has a military linkage to its predecessor, the Matilda tank, which saw service in WWII, earning the moniker ‘Queen of the Desert’ during its service in the western deserts of North Africa,” Team Army’s Major Graham Anderson explains. “It later proved its worth as being nimble and providing close support in jungle fighting in the Pacific.

“Like her predecessor, Matilda will be equally nimble as she goes through her paces on the track and burnout pad.” 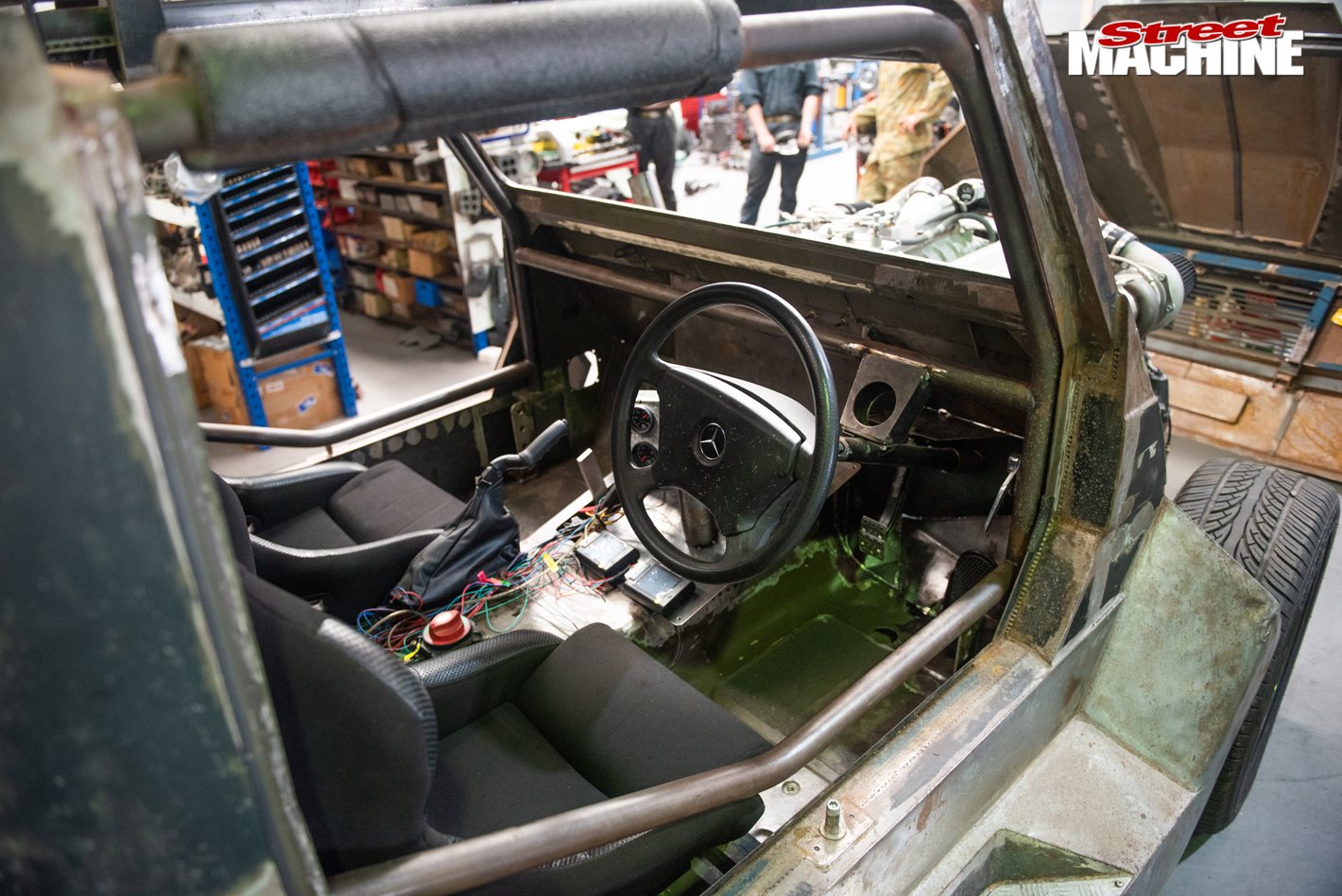 While the G-Wagen will spin all four rear wheels on the pad like its Land Rover predecessor, it won’t be doing it under the power of petrol. To keep it in line with the advancing technology in the real-world Army fleet, Matilda will be running a two-stroke Detroit Diesel 6V53T V6 diesel mill. If rolling coal doesn’t interest you enough, how about the fact that the mill will be force-fed by twin turbos and a supercharger? 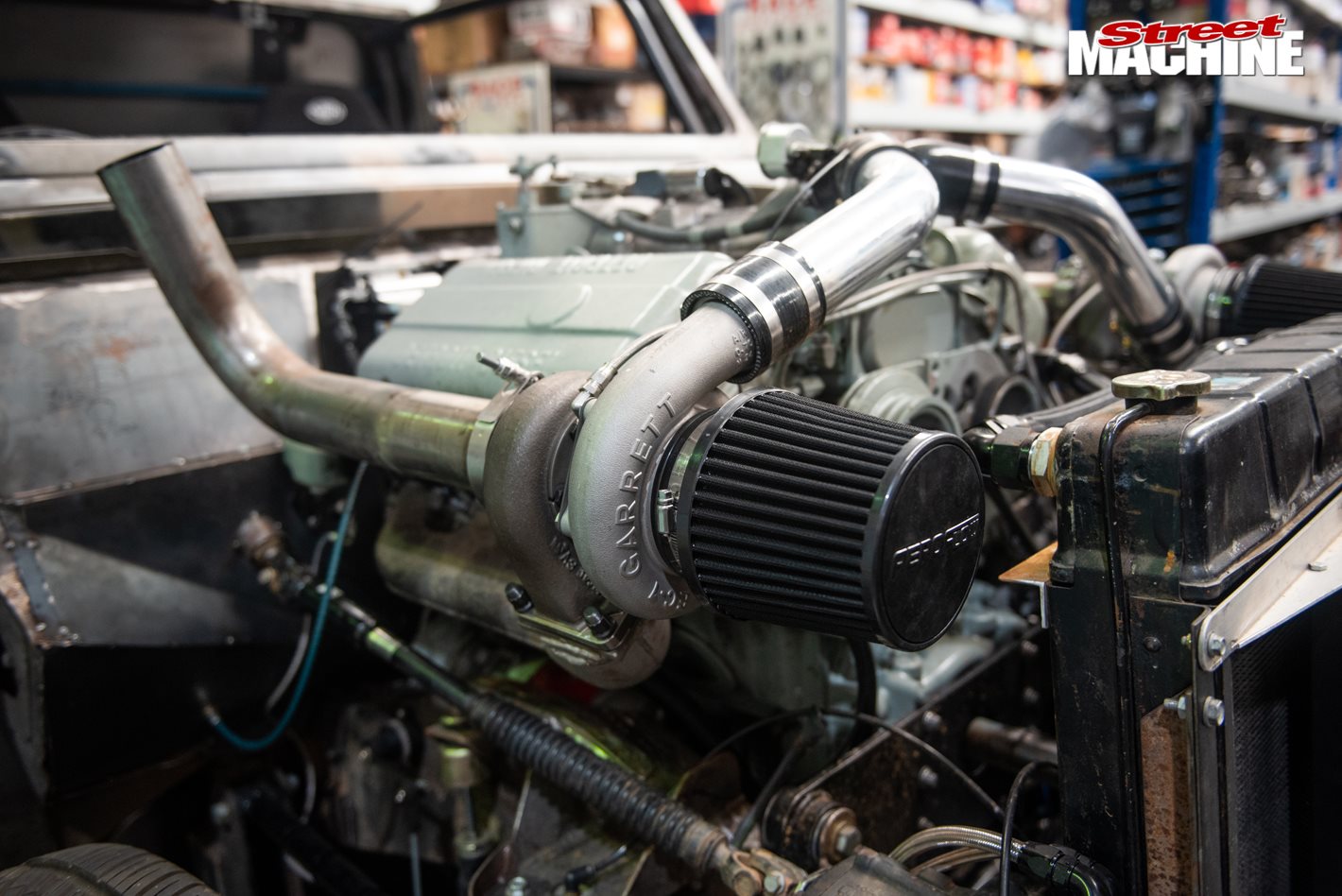 “We chose the diesel as it’s more relevant to where our Army technology is going,” Major Anderson explains. “Plus it allows our trainees to gain skills with loosely the same equipment we have out in the field.”

The project is not only a great way for the Army to make promotional appearances at car shows and the like, but the build and maintenance also allows a group of 30-plus Army trainees to hone their skills in preparation for working on the Army fleet for real. 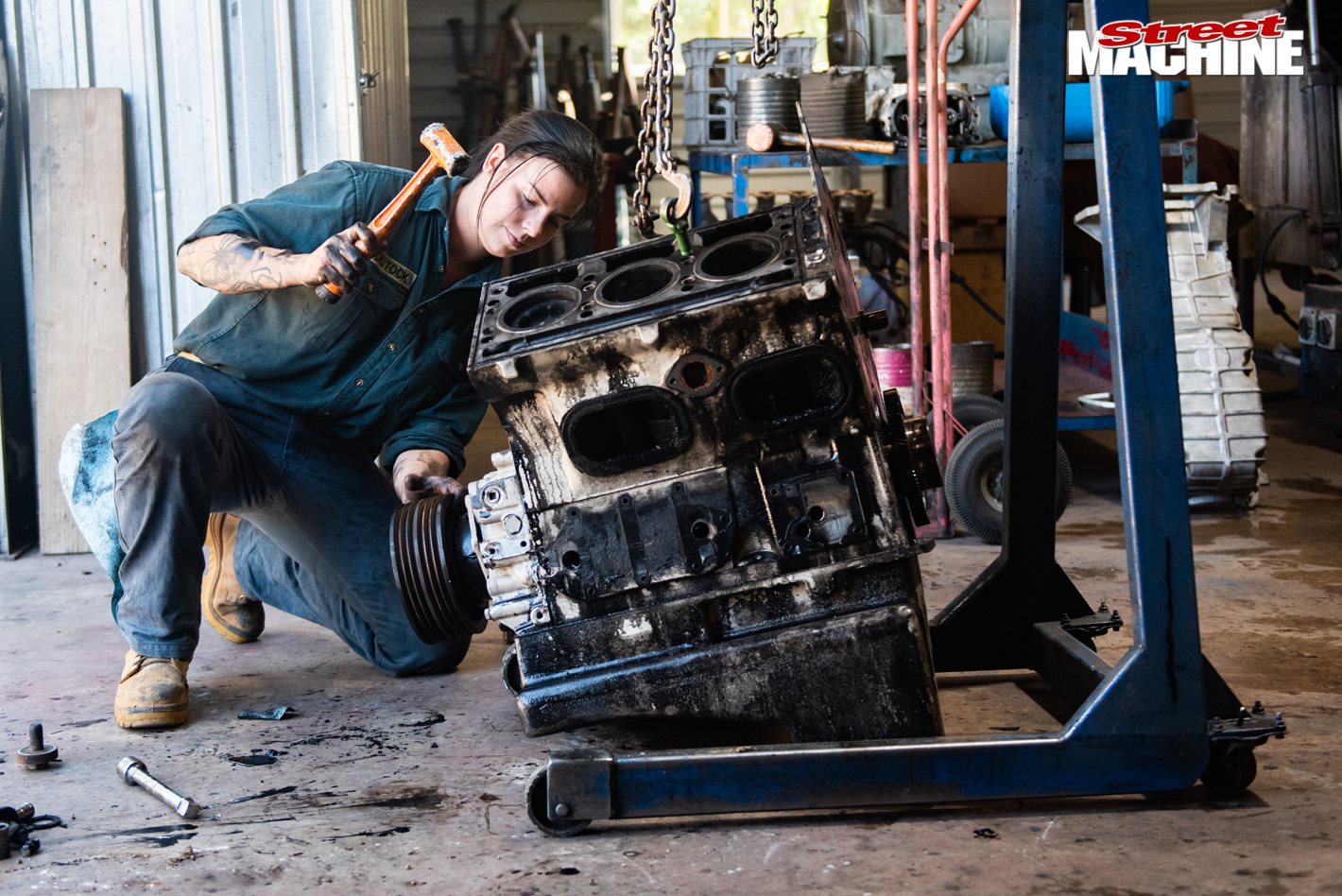 The donk itself has been put together by experienced engine builders Wally and Aaron Dewar from Dewar’s Performance Engines, and they’ve also helped the team of Army trainees fit the Allison TX100 ’box, twin rear diffs and so on. Jole Styles from Choppertown Motorcycles & Kustoms, with assistance from Dusty Benson (BBE Engineering) and Chris Spicer, have prepared the body and customised and fabricated the interior, helped by the Army trainees. Owen Webb from MotorActive has overseen the entire project, as he has done with previous Team Army builds.

So if you’re going to Summernats 33, make sure you check out Matilda’s public debut!