BRENDAN Cherry was one of several Street Machine Drag Challenge veterans to run their car on the Mainline hub dyno in the MPW Performance dyno hall. However, his Friday didn't go to plan with chronic ignition issues holding the twin-turbo 572ci big-block Chev to 871hp on 16psi. 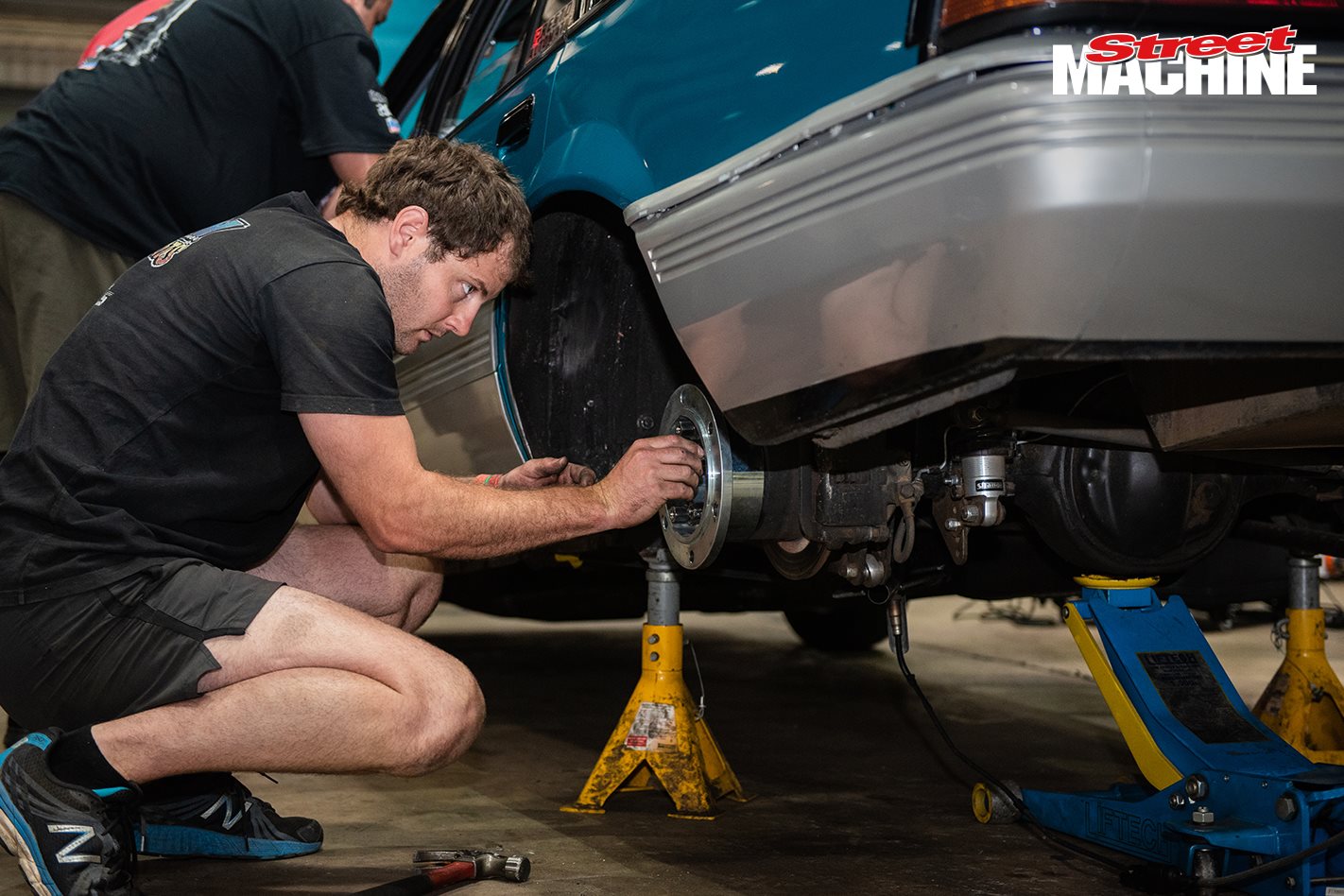 "We put a new dizzy in it last night and haven't tuned it so we were just hoping we got it right," said Frank Gonzalez of All Sparks Performance in Melbourne.

Frank was looking after the VL's tune for Haltech Horsepower Heroes and his crew brought the 8-second monster back on Saturday having identified the issue. It proceeded to stomp out 1351hp to qualify for the Sunday final of the Forced-Induction 8-Cylinder class. 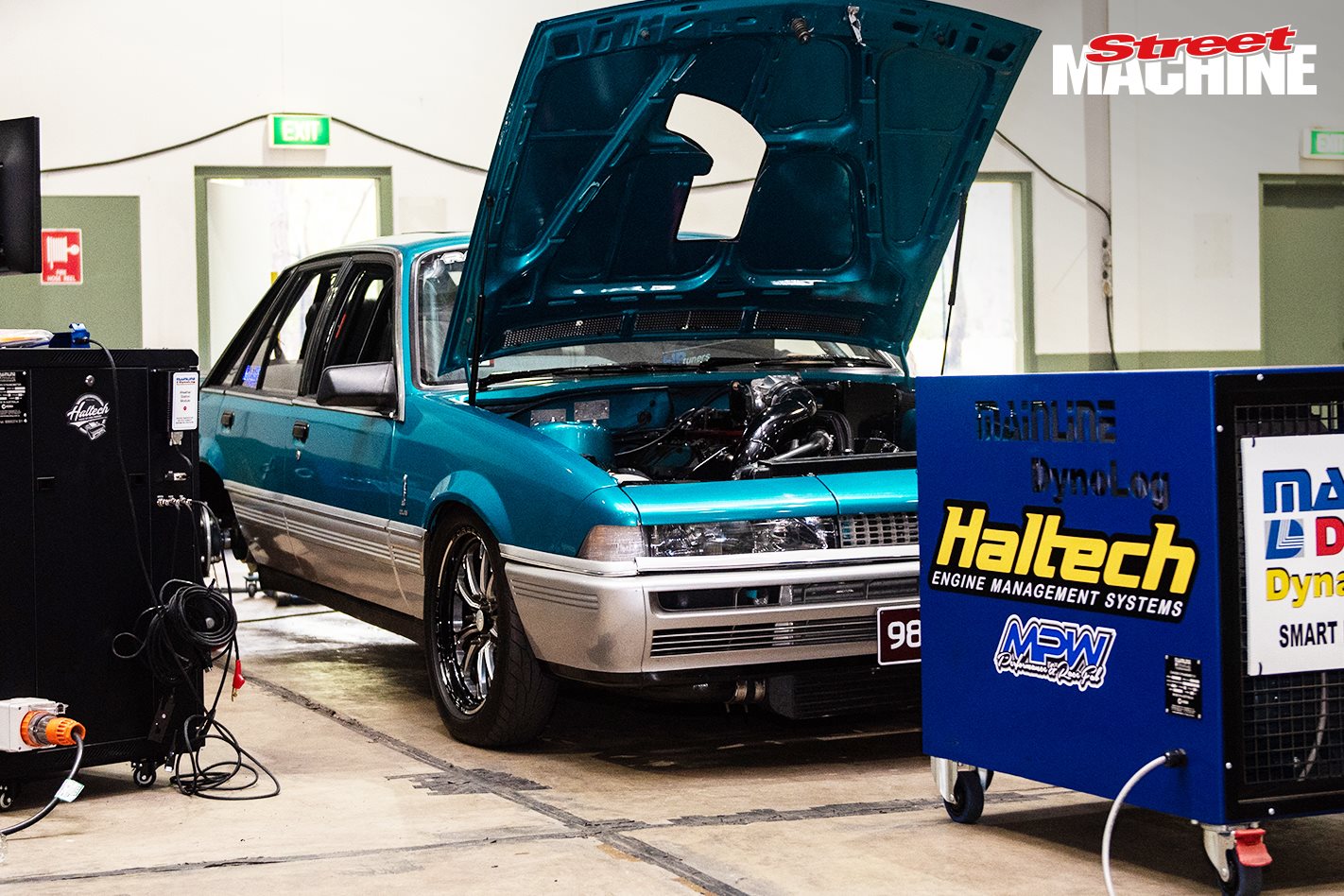 "The cam timing was off," he says. "The timing is locked, like in a carburettor car, so I would like to go to a coil-on-plug ignition system and newer ECU than FAST XFI, but it all costs money. Nothing is cheap when you play with set-ups like this!"

With pump E85 in the tank and 17psi pushing through the twin 67mm BorgWarner turbos the VL coughed out 1148hp at the hubs on Sunday, before increasing to 18psi and making a stuttering 1469hp. This was good enough for second in class, behind Bubba Medlyn's 2483hp.