Chris Clout’s HQ ute was one of two cars unveiled at Nats 31 dedicated to mates who have passed away, and the black commercial stopped punters in their tracks. Known as TOZZA it had been started by Chris’ best mate Tony Dwyer but, when Tony passed away, his parents bequeathed the Kingswood to Chris so he could finish it off. 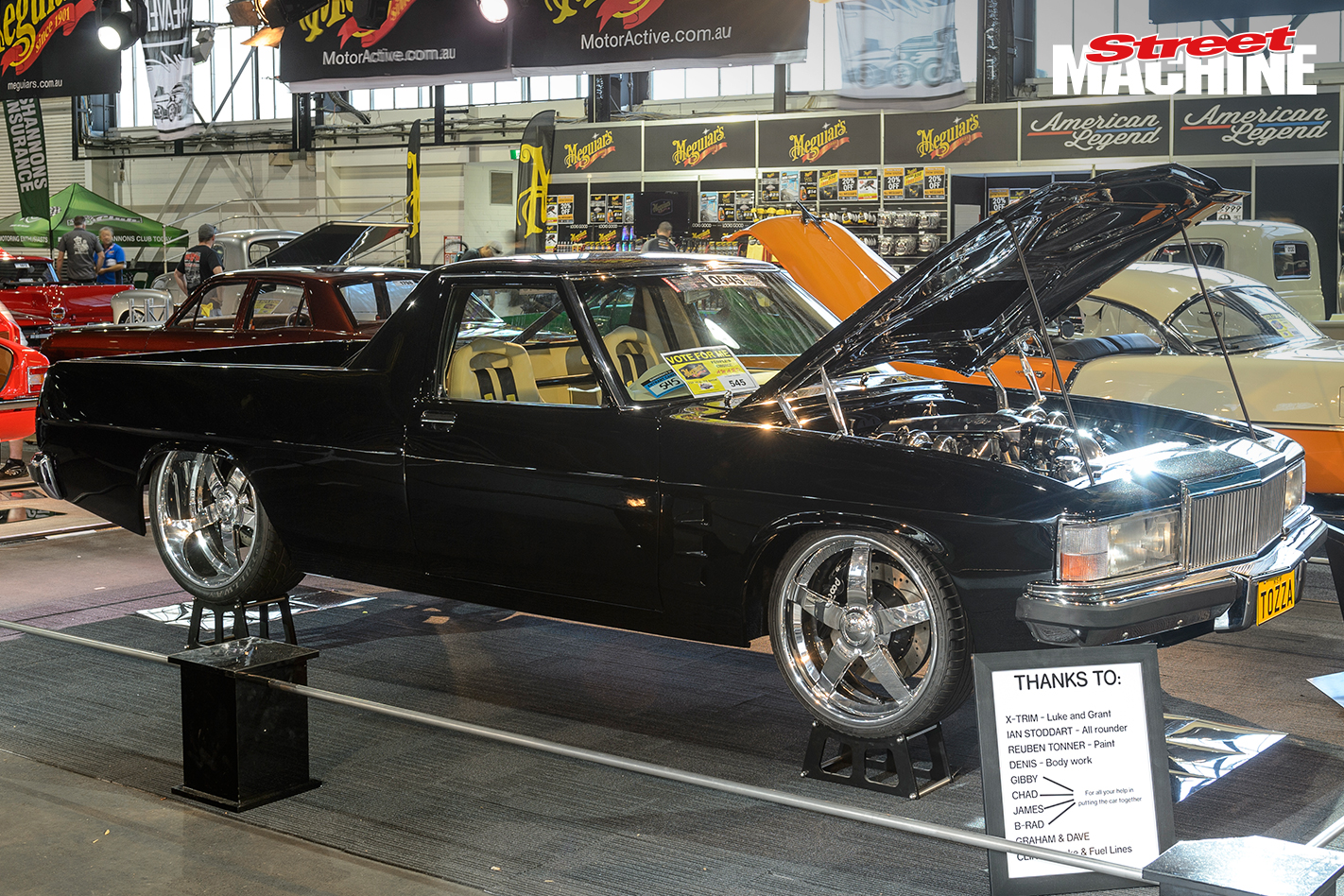 With a tight-knit bunch of mates on the tools it took the crew seven years to do that, as every inch of the HQ was gone-over to ensure it was made as good as it could be. This meant that only the turret of the cab wasn’t modified in some way, and fans of old school builds will be pleased to hear there is a complete lack of fibreglass in TOZZA. 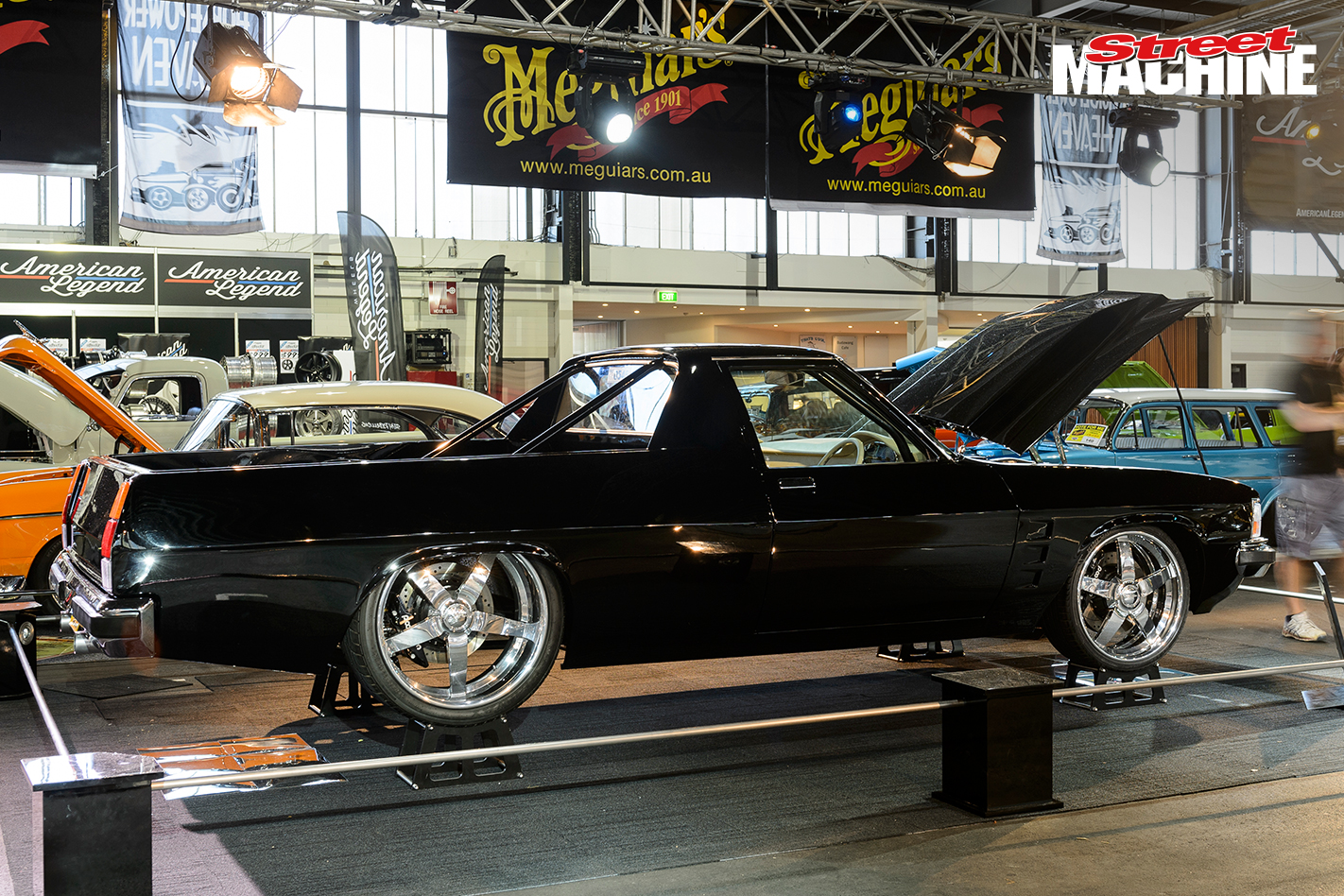 The WB-fronted Quey also wears fluted guards off an HJ Kingswood, all welded up into a single piece for a seamless look. Similarly, the tailgate and the all-metal dashboard have been welded up so the only bolt-on parts left are the bonnet and doors, lending super-sweet lines to the Aussie classic, though it apparently took 600 hours of work to get such a finish!

While the shell retains its familiar Kingswood form the inside is as all-out different as you could imagine, with X-Trim fitting custom flat floors, custom door trims, unique trim on the Kirkey seats, and that custom teardrop dashboard filled with Dakota Digital gauges. Along with the race-style seats the Bandit shifter and gloss black roll cage hint at the ute’s performance potential. 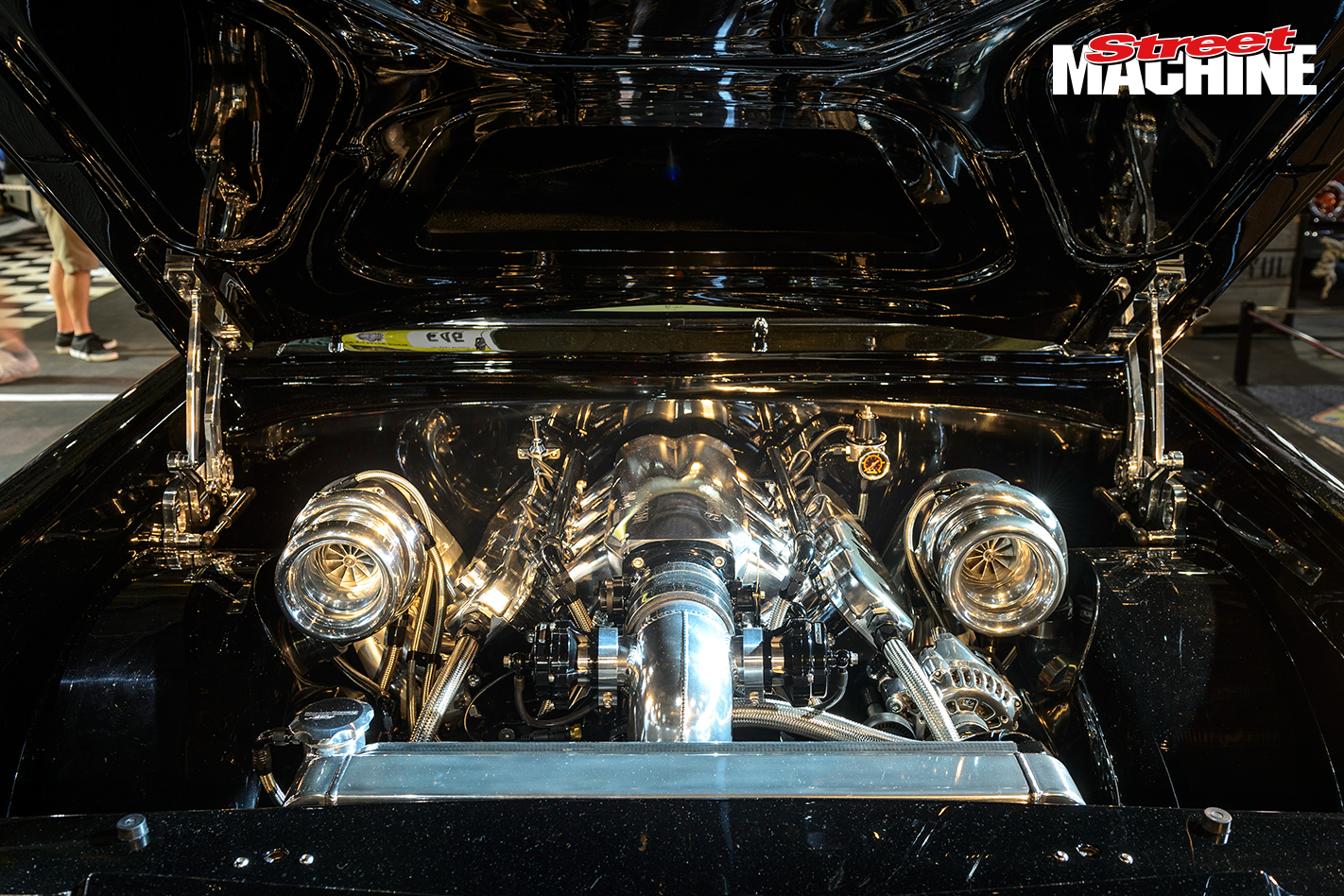 Not just a pretty face Chris’ ute also sports a serious twin-turbocharged LS3 under the bonnet from Russo Performance in Sydney’s south-west. Inflated by a pair of Garrett GT35 snails blowing into a Plazmaman billet intake manifold and 105mm throttle body the smoothed and painted 6.2-litre LS puts the hurt on a fully manualised Reid case TH400 and Stange nine-inch diff filled with 35-spline axles.

Chris and the boys also upgraded the suspension with coil-over struts, tube arms in the front and a four-link out back, with six-pot and four-pot Wilwood disc brakes front and rear behind the 20x8-inch and 22x10-inch Schott wheels.