V10 VIPER-POWERED CHARGER TO CROSS THE NULLARBOR FOR SUMMERNATS 33

WE FEATURED Lennard Vidot’s blown big-block HQ Monaro coupe in SM, Oct ’13, and since then, he hasn’t just been sitting around polishing all the trophies from the show-winning Quey. For the past four years he’s been building this ’68 Dodge Charger, and it’s a much different animal to the wild methanol-fuelled Holden. “I got it out of California. It was an old drag car and it had a half cage and gutted interior. It was a 440, four-speed, and I could have just tidied it up and put it all back together, but I wanted something that was reliable, stayed cool in traffic, behaved and did everything it should,” says Lennard. 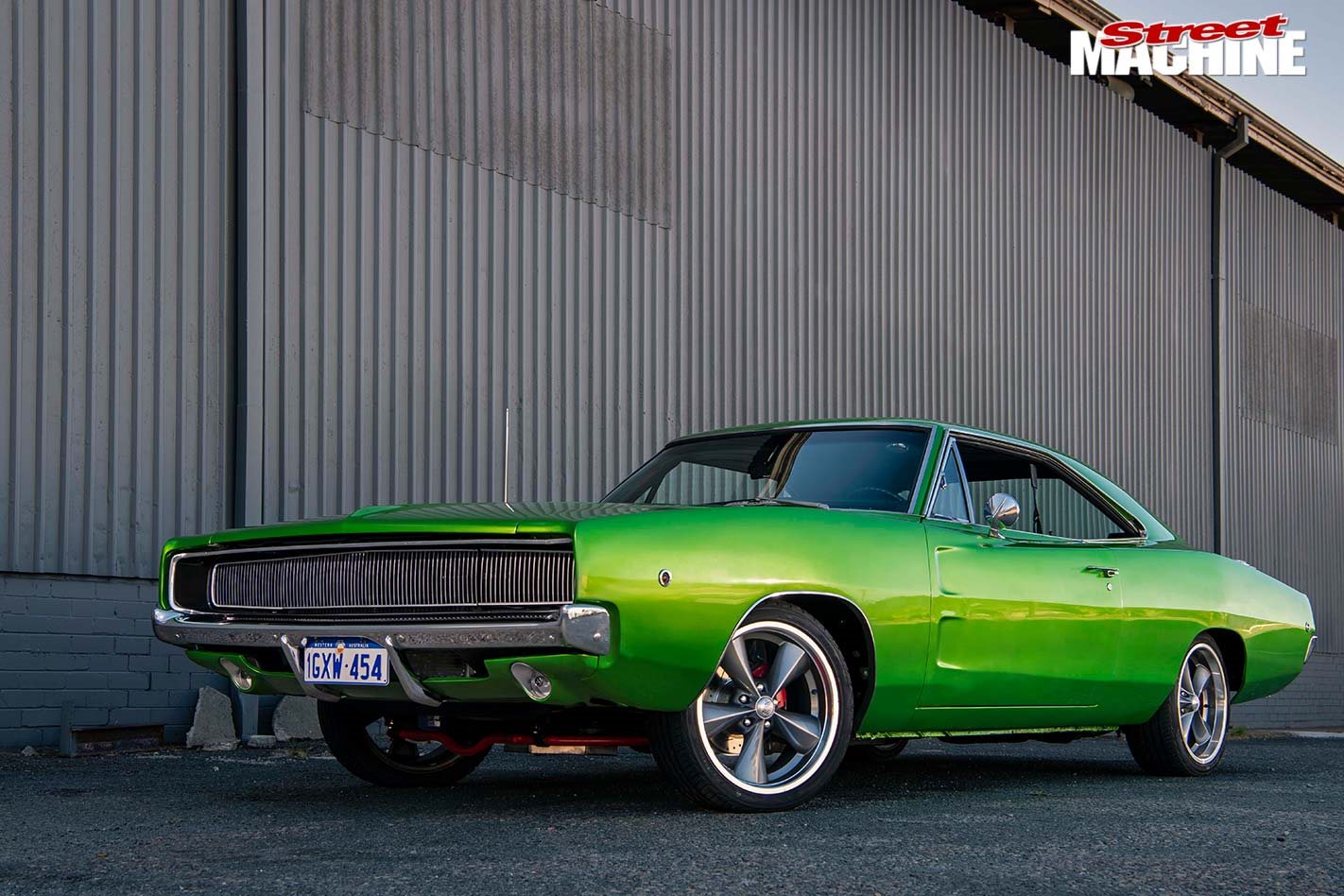 At this point, most people would be thinking along the lines of a late-model Hemi out of a Chrysler 300, or, if they were complete heathens, an LS conversion. In Lennard’s eyes, that just didn’t have the cool factor he was after, so he started looking at a Viper V10 engine. It’s a pretty popular conversion in the US, but that doesn’t mean it was easy: “There is nothing you can buy as a kit, so everything in the car is fabricated. The biggest problem was getting the computer unlocked because I didn’t want to run the BCM (Body Control Module) and I sat up night upon night on the phone to people in the US trying to find someone who could do it. By chance, I was watching a YouTube video of a guy that did the same conversion with a ’Cuda and at the end of the video he listed the shop that unlocked the ECU. I rang him up, told him what we were aiming for with the car, and after I finished talking, he said [with a southern drawl]: ‘You sound funny.’ I pissed myself laughing.” 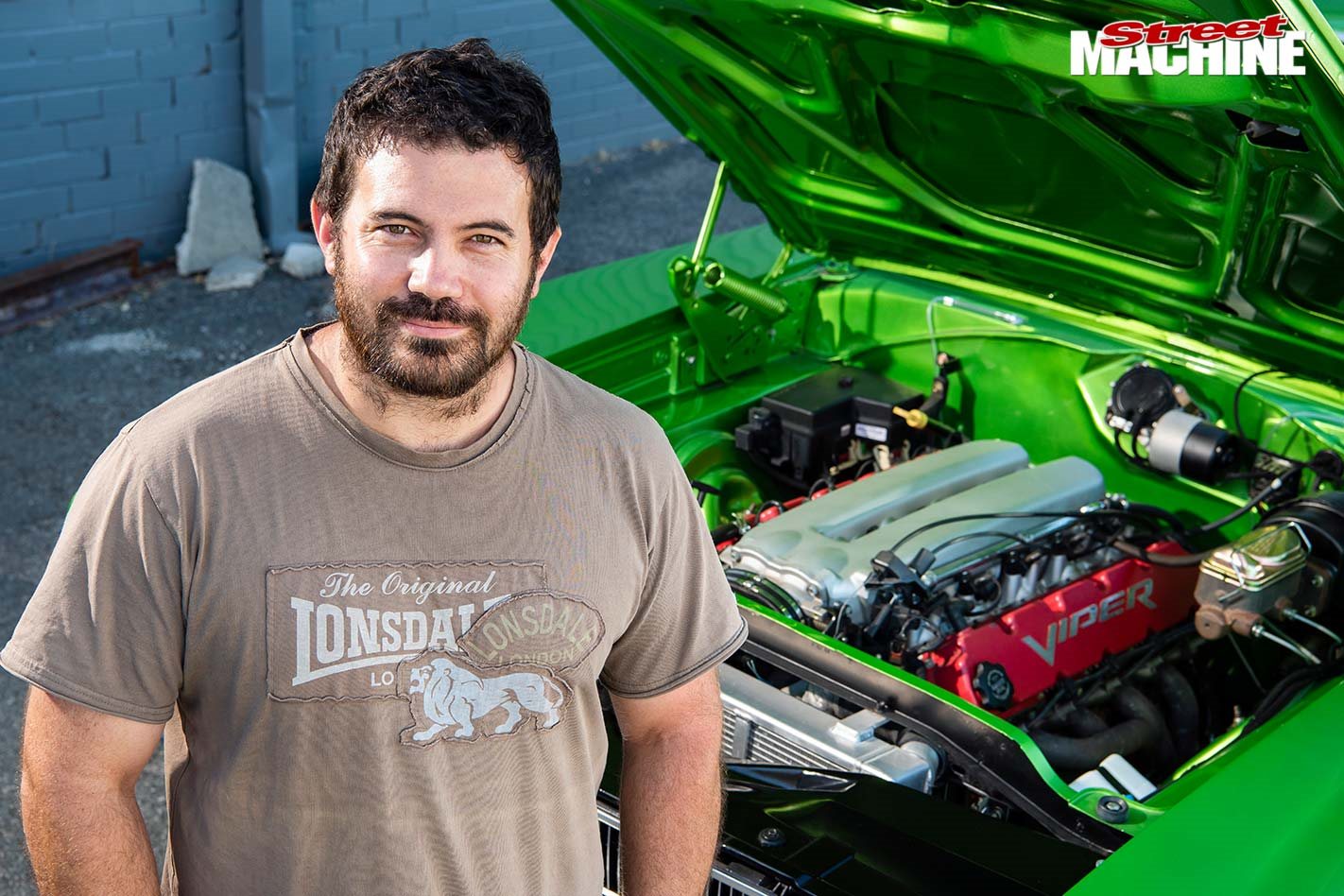 The other major hurdle Lennard faced was getting the car fully engineered and registered with the 505ci, 500hp motor and four-speed auto. Yes, we know Vipers only came out with a manual, but Lennard actually sourced the engine and ’box and everything else he needed for the conversion from a 2005 Dodge Ram SRT-10. The cost of all that, landed on his doorstep, was $15,000.

With a fresh set of plates on the car, the next step is to get some miles on it and shake it down in preparation for the drive to Summernats. Oh, did I mention Lennard is from Perth? Keep an eye open for the Charger and a bright pink XA coupe with FAT ASS on the plates that will be cruising with him – they should be pretty easy to spot. 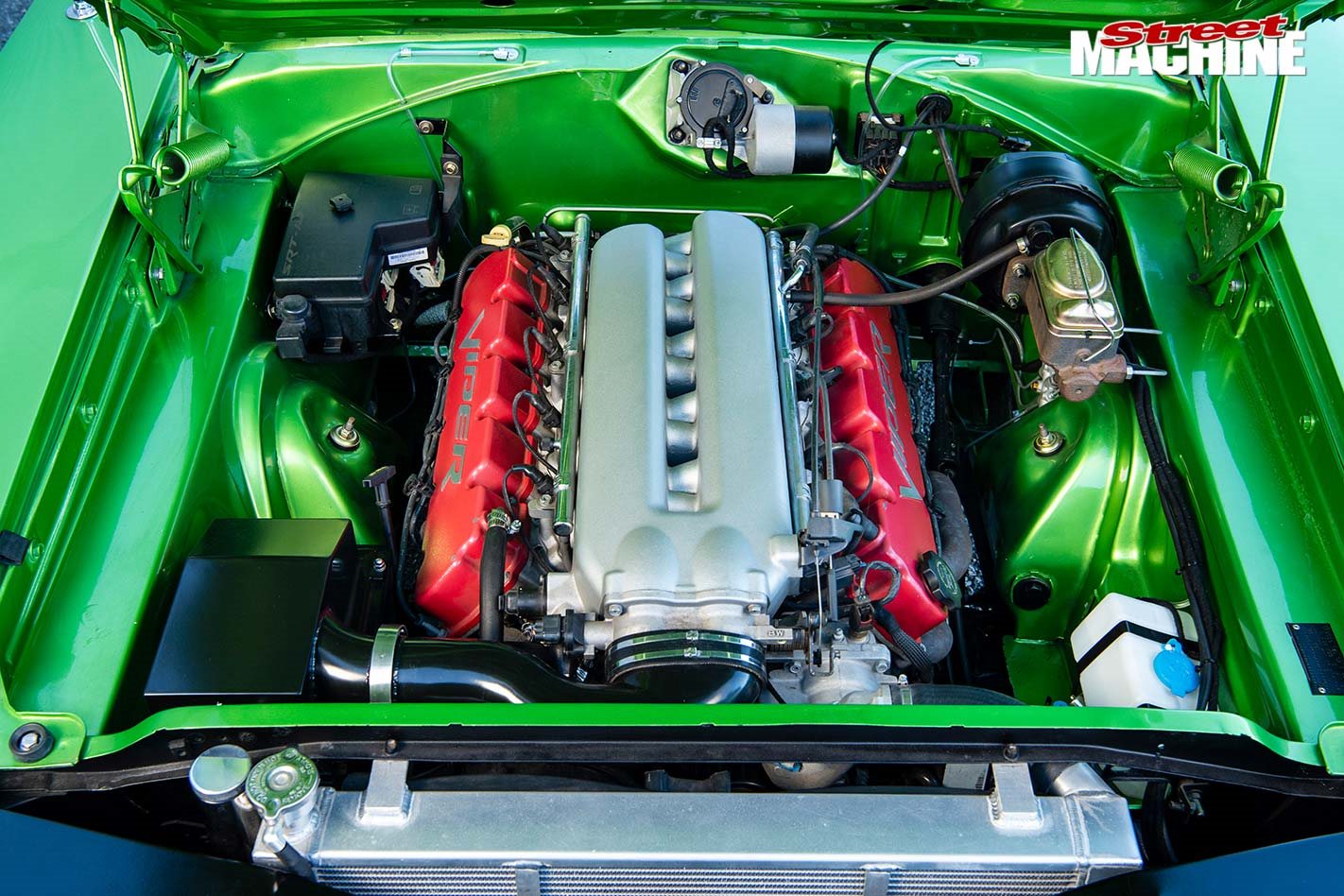 Lennard tried to make it look like a factory installation, so there’s very little shiny stuff in there: “If I can’t clean it with Spray n’ Wipe, then I’m not interested!” 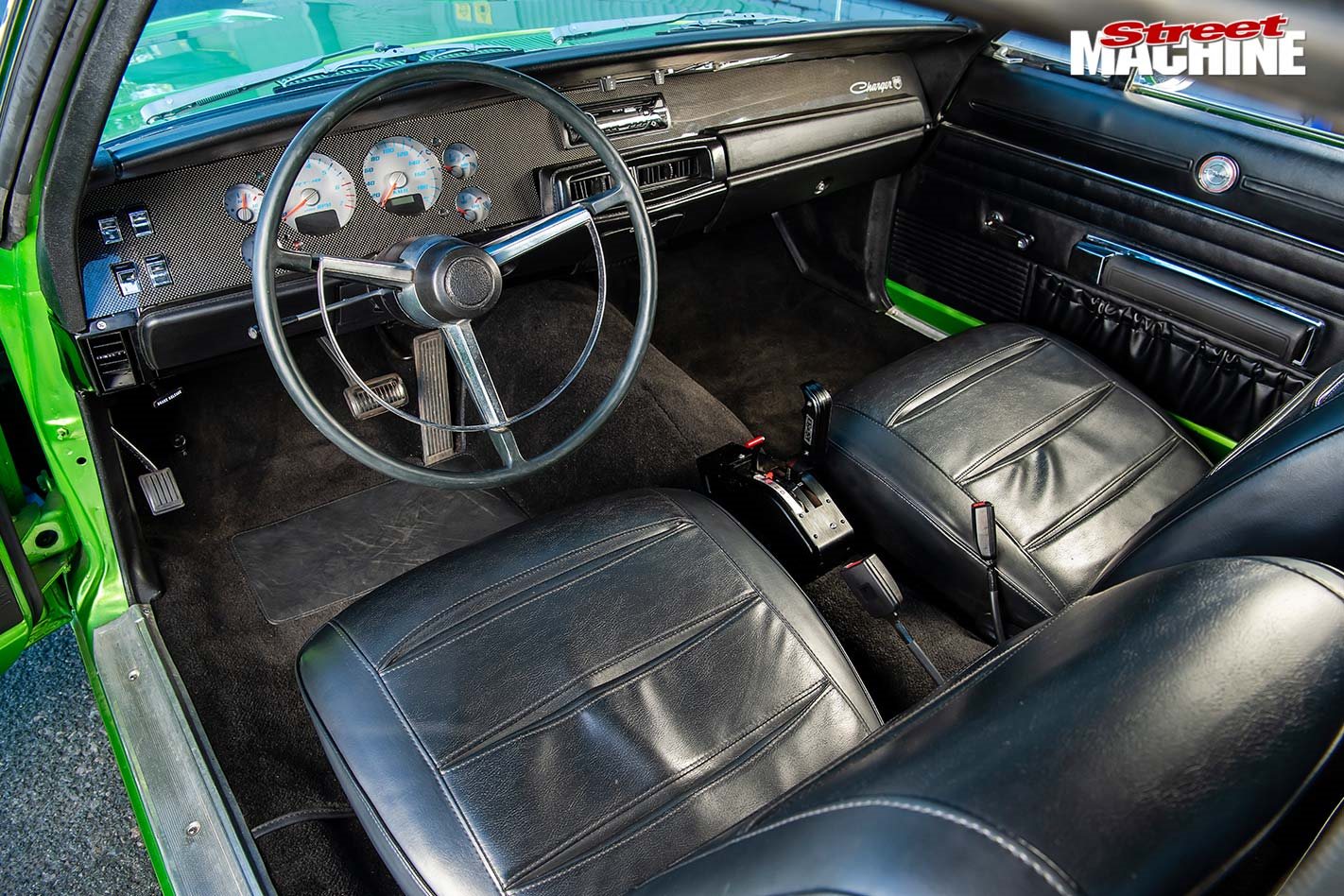 It’s your basic black muscle car interior but Lennard did use the gauges out of the Dodge Ram to make sure everything reads correctly, although he fitted them into a custom instrument panel made from carbon fibre. 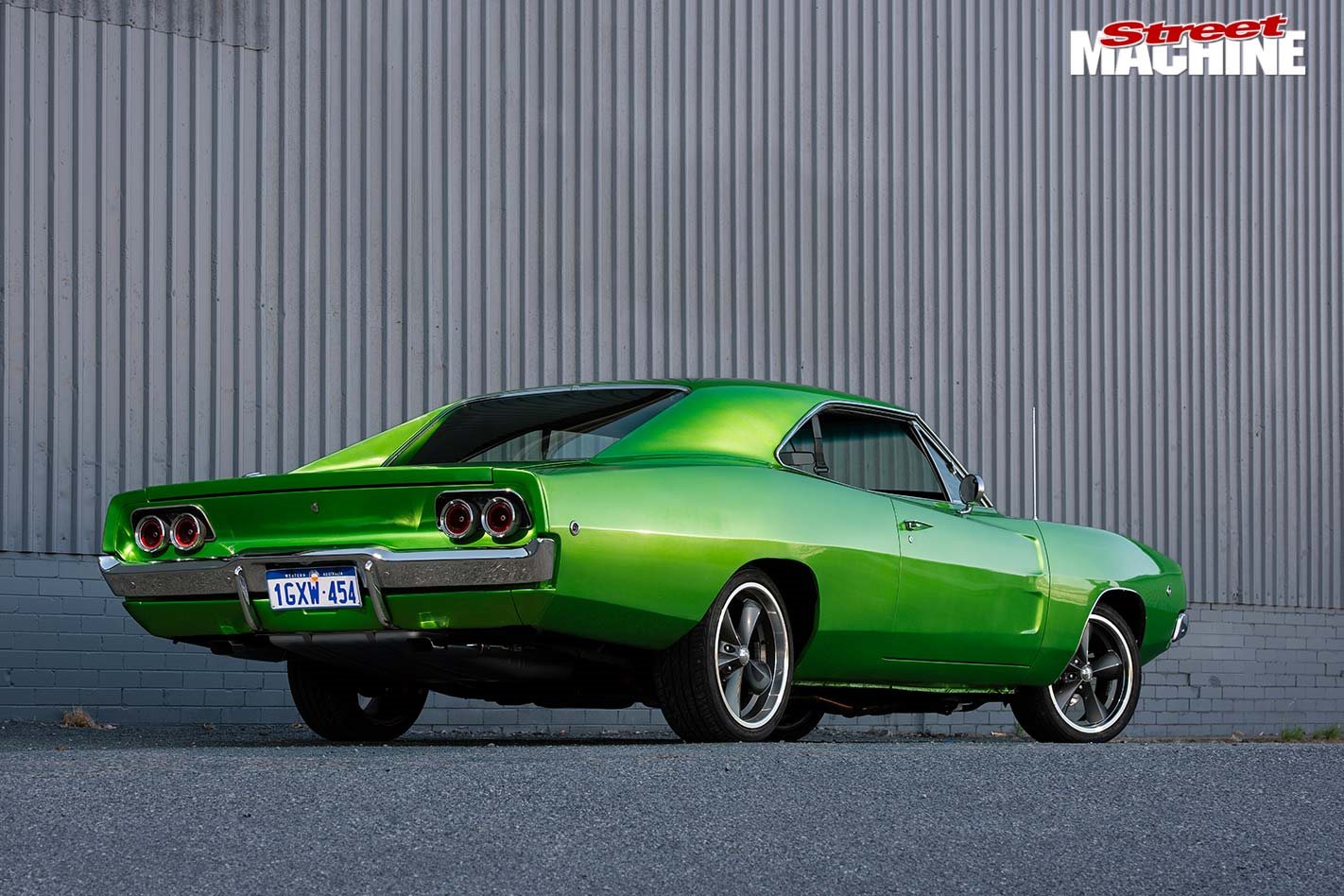 The bright green metallic paint is something Lennard spotted on a Mazda 2. He didn’t want anything custom and difficult to match. There’s no doubt this car will cop some stone chips. If you’re thinking the tyres could maybe be a bit fatter, you’d be right, but this is what the authorities were happy with. 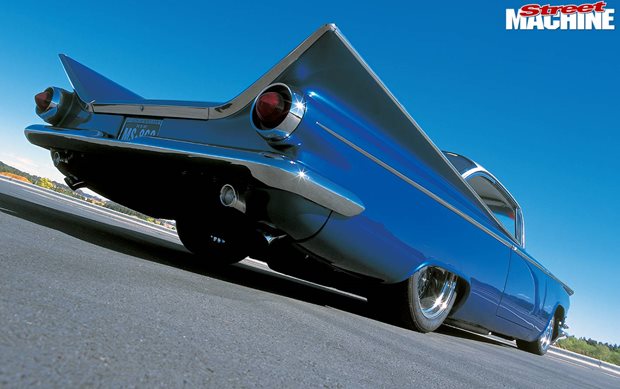 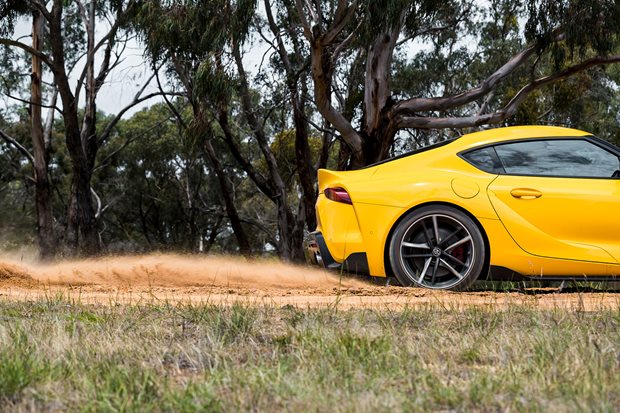 Of every COTY 2020 contender, these are the quickest out of the blocks 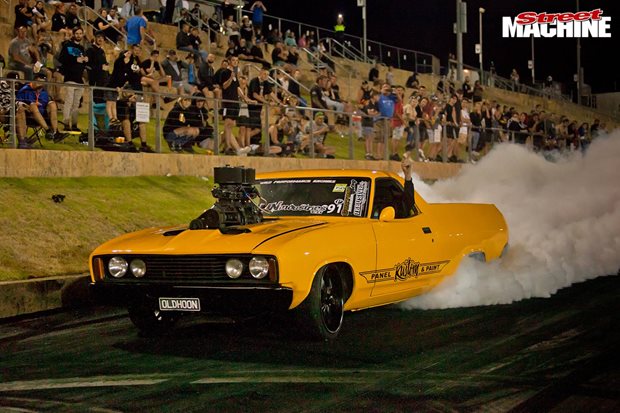