ONE of the craziest skid machines at Summernats 29 was Thomas Beltrame’s short-wheelbase Toyota FJ40 Land Cruiser, INFERNO, from South Australia. While it may look like a pretty scruffy thing, the build quality here is actually top-notch. It's running on Rod-Tech independent front suspension, and packs one powerhouse of an engine - an injected 510-cube big-block Chev motor with an 8/71 blower strapped on top. The combo is good for 1280hp, and it hits the tarmac through an API Powerglide rated to 2000hp, so the old girl certainly knows how to wreck tyres.

Summernats 29 was the car’s first event and it certainly had people talking as it was one of the most unique rides to hit the burnout pad. With the blown big-block spinning it did a pretty awesome skid too, covering the whole pad in blue smoke until it ran into some engine troubles on the Saturday.

Check out the video to see the mental INFERNO FJ40 burnout from Street Machine Summernats 29. 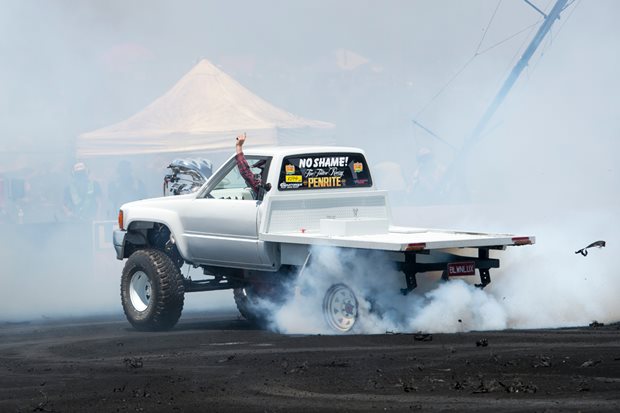 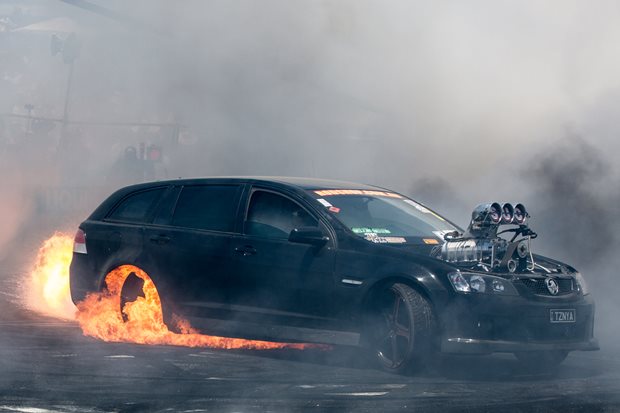 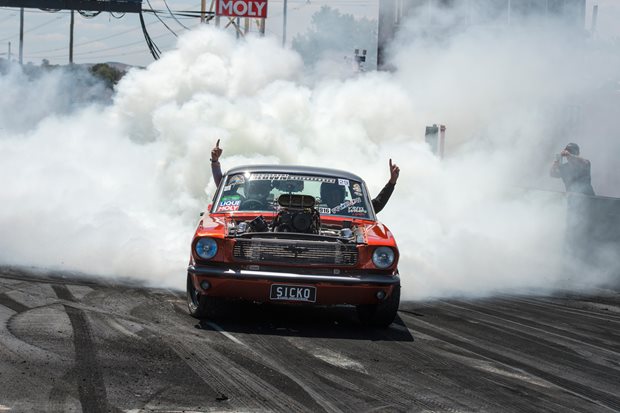