CHRIS and Colleen Bitmead’s XBOSS Falcon has been to MotorEx in Melbourne, the Adelaide Auto Expo, the West Australian Hot Rod & Street Machine Spectacular, and of course the Detroit Autorama, where it was initially unveiled and made the Great Eight for the coveted Ridler Award. It also recently took out the Valvoline Street Machine Of The Year award – as voted by Street Machine readers. Everywhere the car has been it has dropped jaws to the floor and scooped up trophies and silverware. XBOSS’s next challenge is Street Machine Summernats 30, where, unless something catastrophic happens, it will no doubt make it into the Top 60 Elite Hall with the intention of taking out some of the most highly contested and respected awards in Australian street machining. Whether Chris is keen enough to run for Grand Champion and take on those driving events we’re not sure, but the car will definitely be a contender for a lot of the static awards. 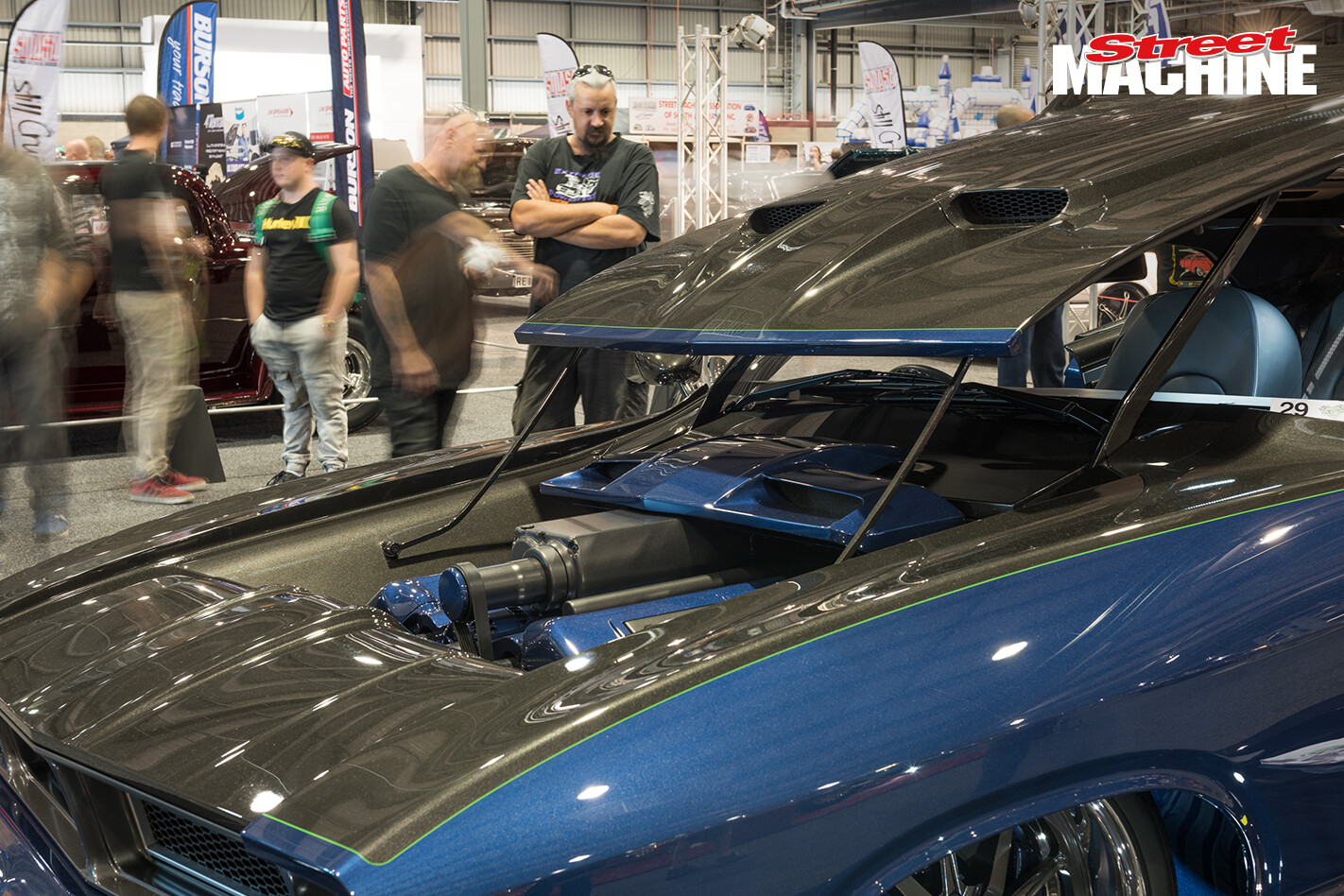 But of course, this is Summernats, where a bunch of other elite show cars will be revealed for the first time. XBOSS has set an extremely high benchmark, but these car guys are fiercely competitive and they will be seeking to raise the bar even higher. All we know is, it’s going to be awesome to have the XBOSS Falcon coupe at the biggest and craziest car festival in the country – Street Machine Summernats 30. If you’re around, you’ve got to see this thing in the metal. It’s the only way to truly appreciate the work that has gone into this insane ride.