GRUDGE-style drag racing has really taken off over the last couple of years with events like Grudge Kings and King of the Street. But now it’s time for a different kind of grudge racing event – the State of Origin of drag racing – except this time it’s NSW versus Victoria. Some big banger cars are coming down from Sydney, so the Melbourne folk will need to get their act together to avoid being beaten on their home turf!

The Street Outlaws Sydney versus Melbourne meet will be held at Heathcote on July 1 and 2. The grudge racing will be across the quarter-mile, with full track prep. There will be just two classes – rear-wheel drive and all-wheel drive – and the only rules are no full slicks, no race cars (i.e no stripped out, tube chassis or big drag slick tyred cars), no wheelie bars and no methanol fuel. Basically if it ain’t street, you can’t compete.

The plan on the Saturday is to run quarter-mile racing in the morning as a test session, and then grudge racing, lights out style with a pro tree in the evening. Just like the Street Outlaws TV show, you’ll also be able to ‘call out’ other racers who you want to face off against. On the Sunday morning there will again be quarter-mile racing, but in the afternoon there will be roll racing, which is where you begin from a rolling start rather than a dig. The Sydney guys are bringing down some tough cars, arguably the most notable being the Maatouks-built R32 Skyline GT-R KING32, which until very recently was the fastest radial-tyred street GT-R in the world after running 7.70@183mph earlier this year.

Nemanja Lozo is a Melbourne lad with a tough turbo six, and he’ll be bringing his insane eight-second FG F6 Falcon out to play. Meanwhile Sydneysider Bigomez Krane will be rocking a single-cam Ford six in his mental boosted AU Falcon. 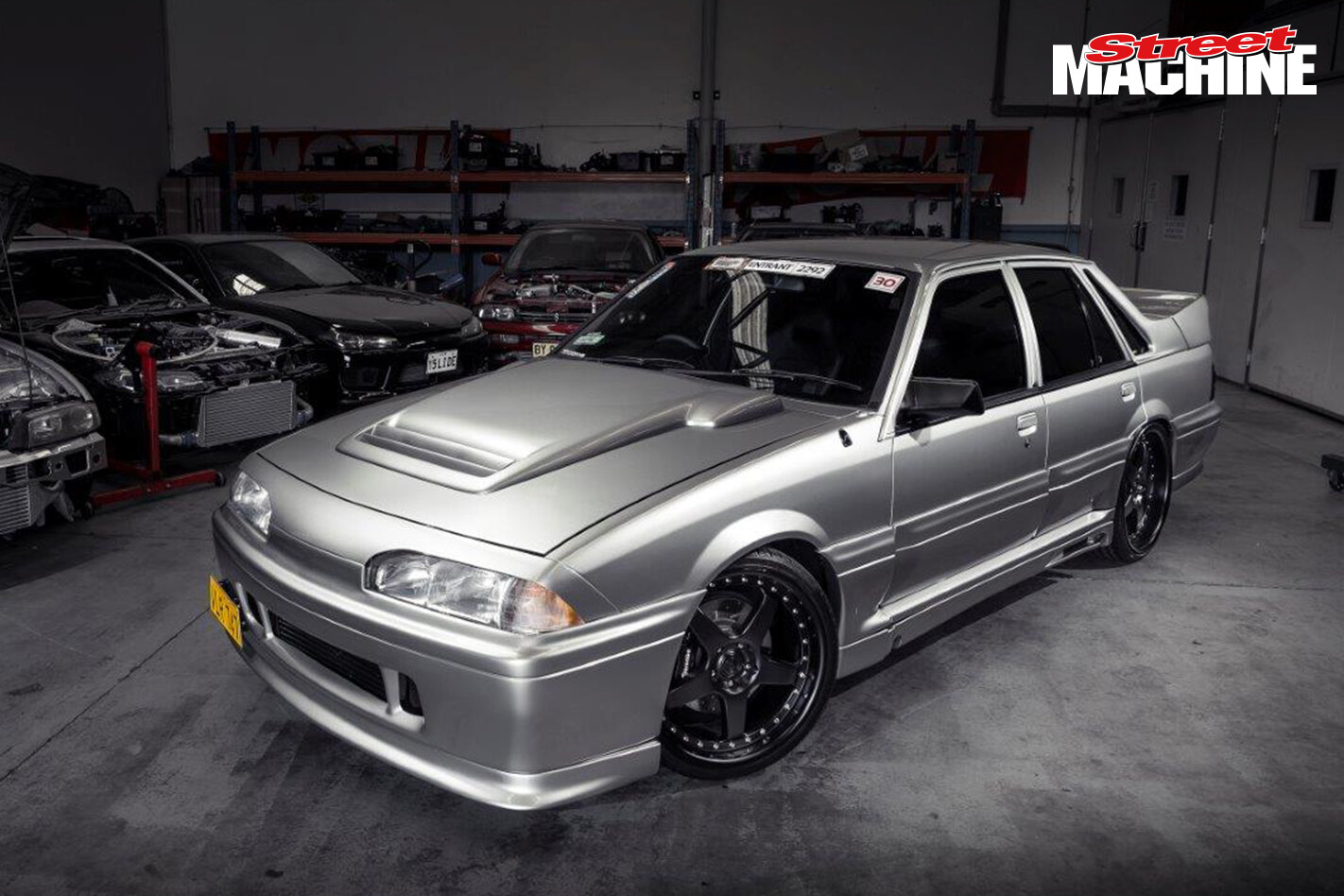 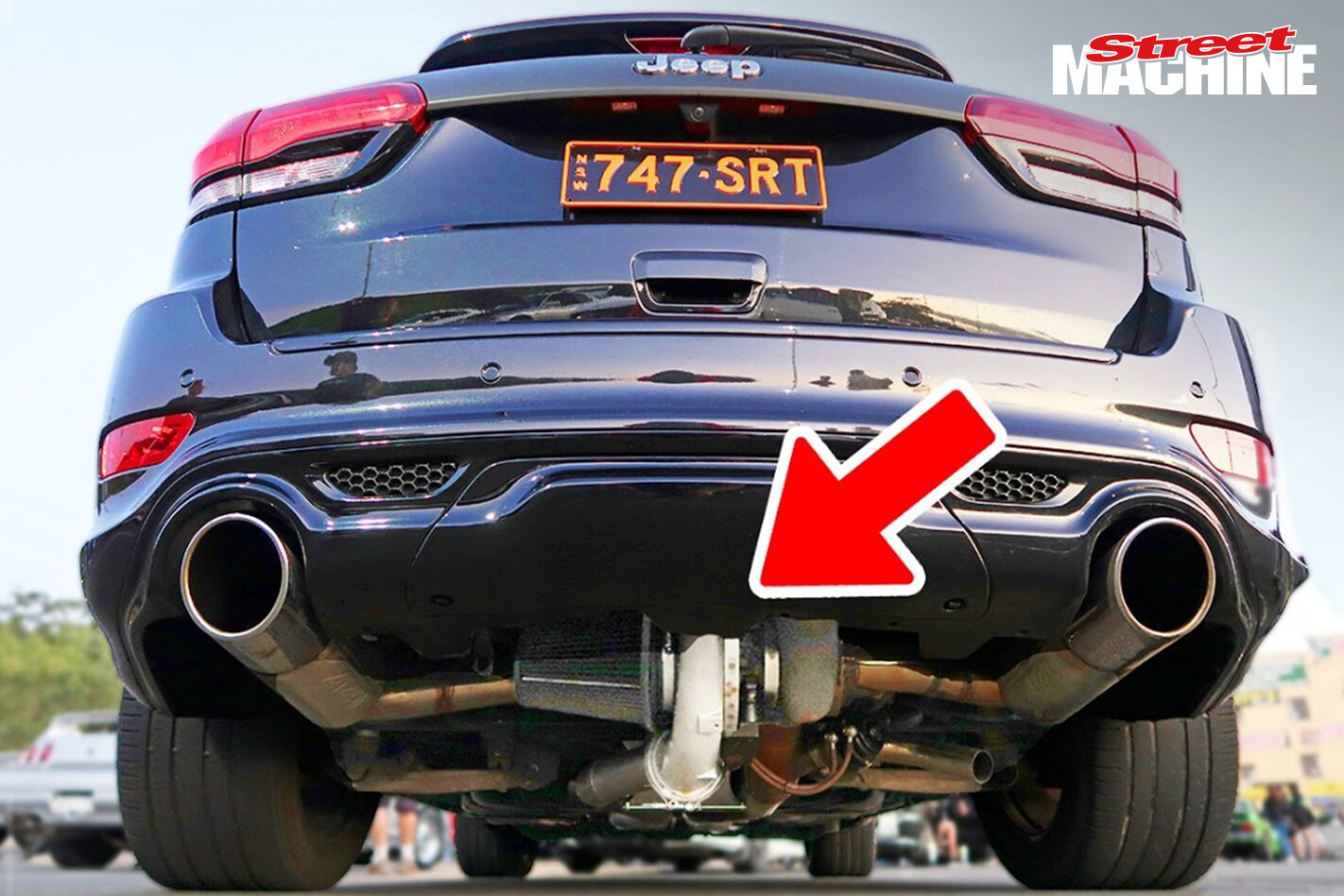 An unusual contender in the all-wheel drive class is Mitch Stevens and his Jeep Grand Cherokee SRT with a rear-mount turbo setup. This car actually holds the world record for an unopened 2014 model year-onwards SRT Jeep down the quarter, having run a 10.75@129mph.

A few quick Mitsubishi Evos are also coming down from Sydney. These all-wheel drive, turbo four-pot pocket rockets can really be made to scoot. Regan Mcflyy is hauling his beast down from NSW, are there any tough Melbourne Evos keen to give Regan and the rest a run for their money?

In the Melbourne corner for the all-wheel drive class will be Stathi Kavadias’s Independent Motorsports-built Barra-powered Ford Territory, which has run 9.95@144.8mph thanks to a big Borg Warner S300 turbo pushing 34psi of boost! A tough Sydney rear-driver entered is Mahmoud El-asmar and his Russo Performance-built, nine-second E-Series HSV. The guys at Dyne Performance in Melbourne have entered their supercharged Mercedes C63 AMG that has run nines, too. Luke Cartledge will be bringing his PRORB – one of the new tough single-cam VL Turbos on the Melbourne scene, while Adrian Abela will be representing Melbourne with his big boost Barra-powered F6 Falcon. 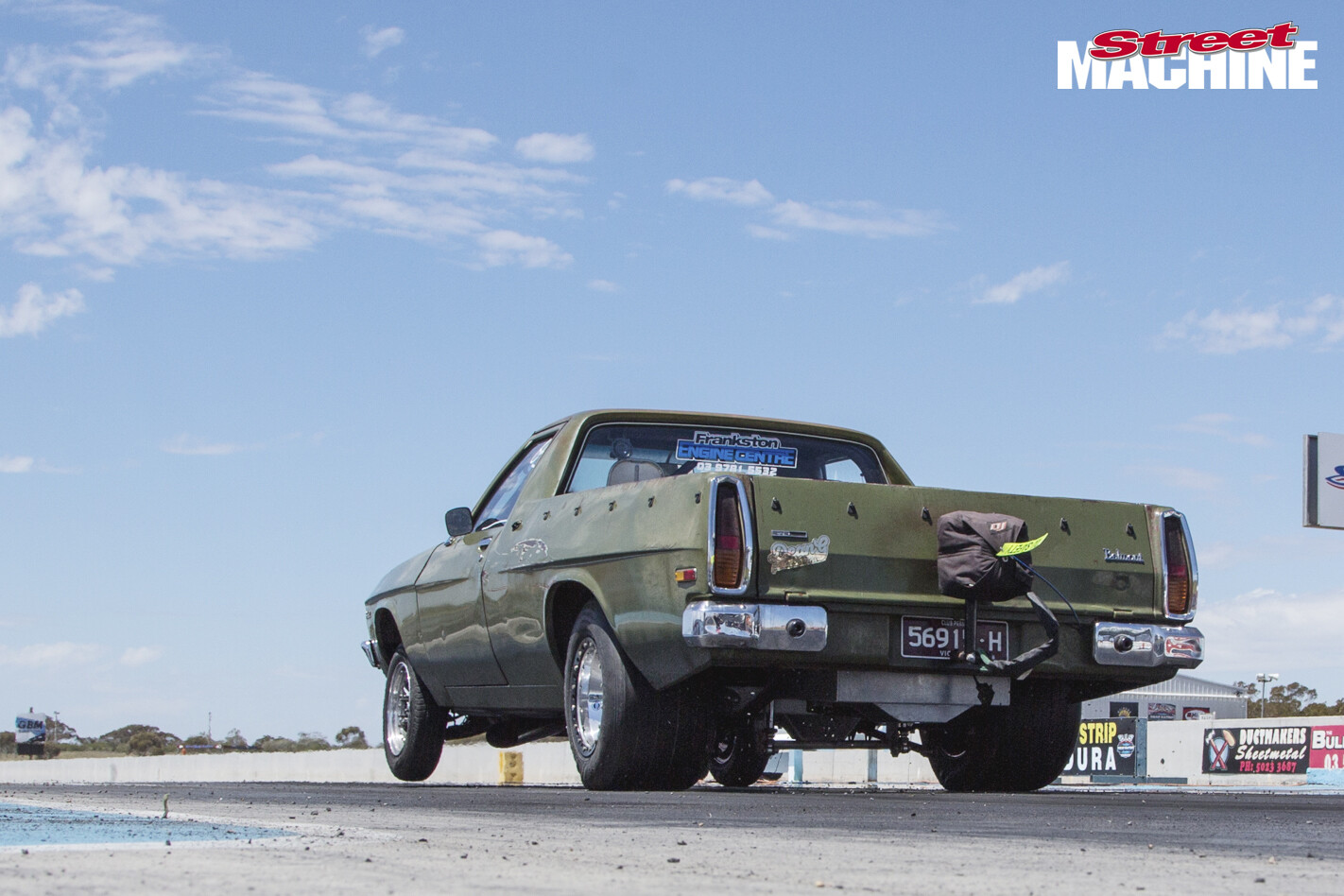 Rodney Browitt’s HQ farm ute is probably the most bad-arse Melbourne ride currently entered in the event. It runs mid-eights with a turbo LS combo on board and has done Street Machine Drag Challenge the last couple of years, so it’s genuinely street driven.

With heaps of tough Sydney cars coming down and only a handful of Melbourne entrants, the local boys really need to get their act together and show the interstaters who’s boss. Perhaps someone like Brendan ‘Bubba’ Medlyn or Mark Drew will be tempted to give these Sydney guys a run for their cash. Maybe we’ll even get the Turbo Taxi out?