TOP 10 RODS AND CUSTOMS OF THE DETROIT AUTORAMA 2016

WE HAVE been back from the Detroit Autorama for over a week, and by now it all feels like a dream. Thankfully I have lots of photos to go through and remind me of some of the killer stuff we saw. We’ve already listed out our Top 10 street machines, and now it is time to choose my favourite hot rods and customs of the 2016 Detroit Autorama. Once again, I haven’t included any of the Ridler contenders – you can check them out here.

Admittedly, all of these are traditionally styled cars, but it’s my Top 10 and that’s what I like. To be honest, I’d say most of the hot rods were trad-styled, so it’s probably fairly indicative of what was on display. 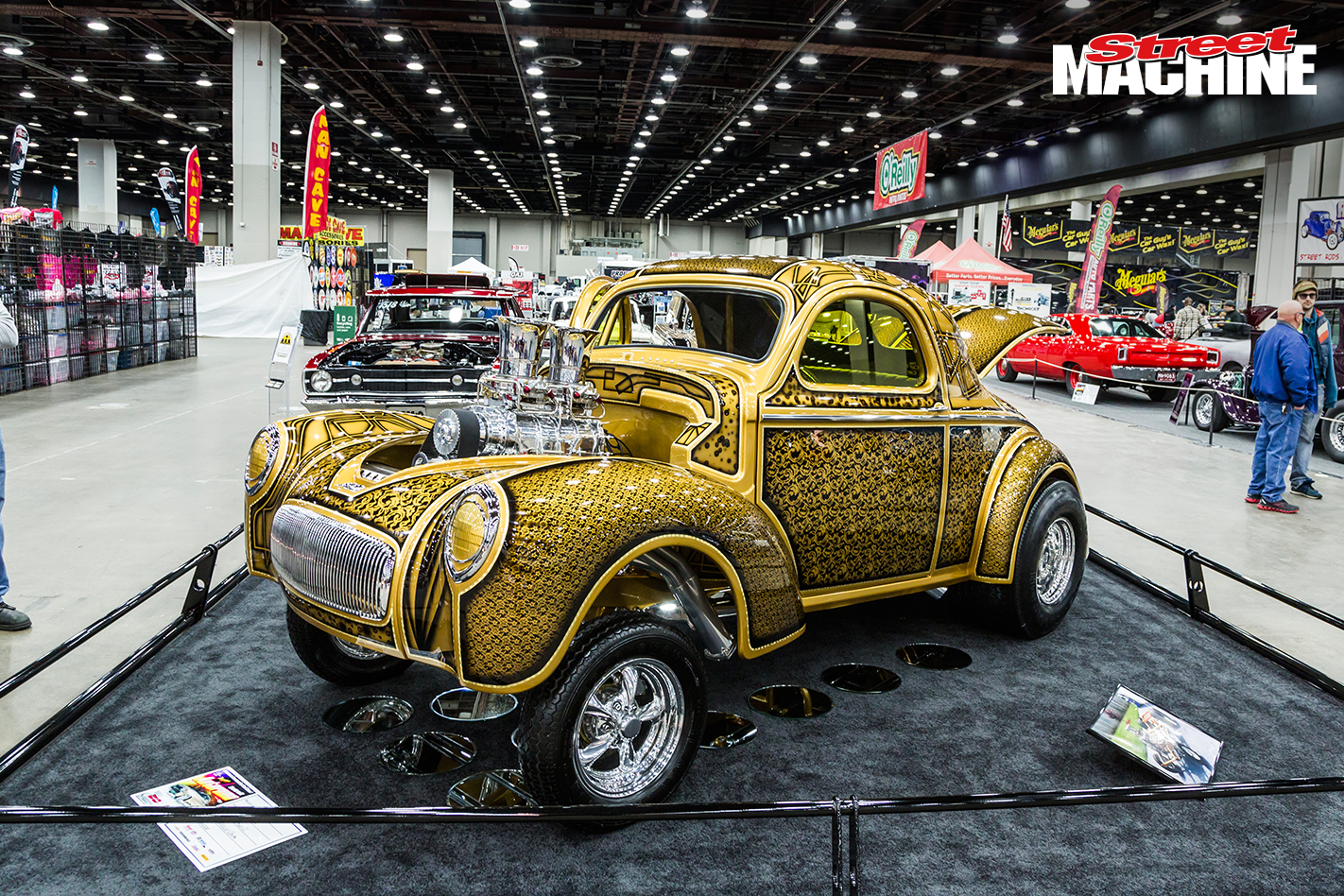 Tony Vestuto’s wild-looking Willys gasser caught our attention right from the start. Although it looks like an all-out racecar, it’s been built as a street car, complete with power steering, a/c and a tilt column. The blown small-block means it won’t be a slouch, that’s for sure. 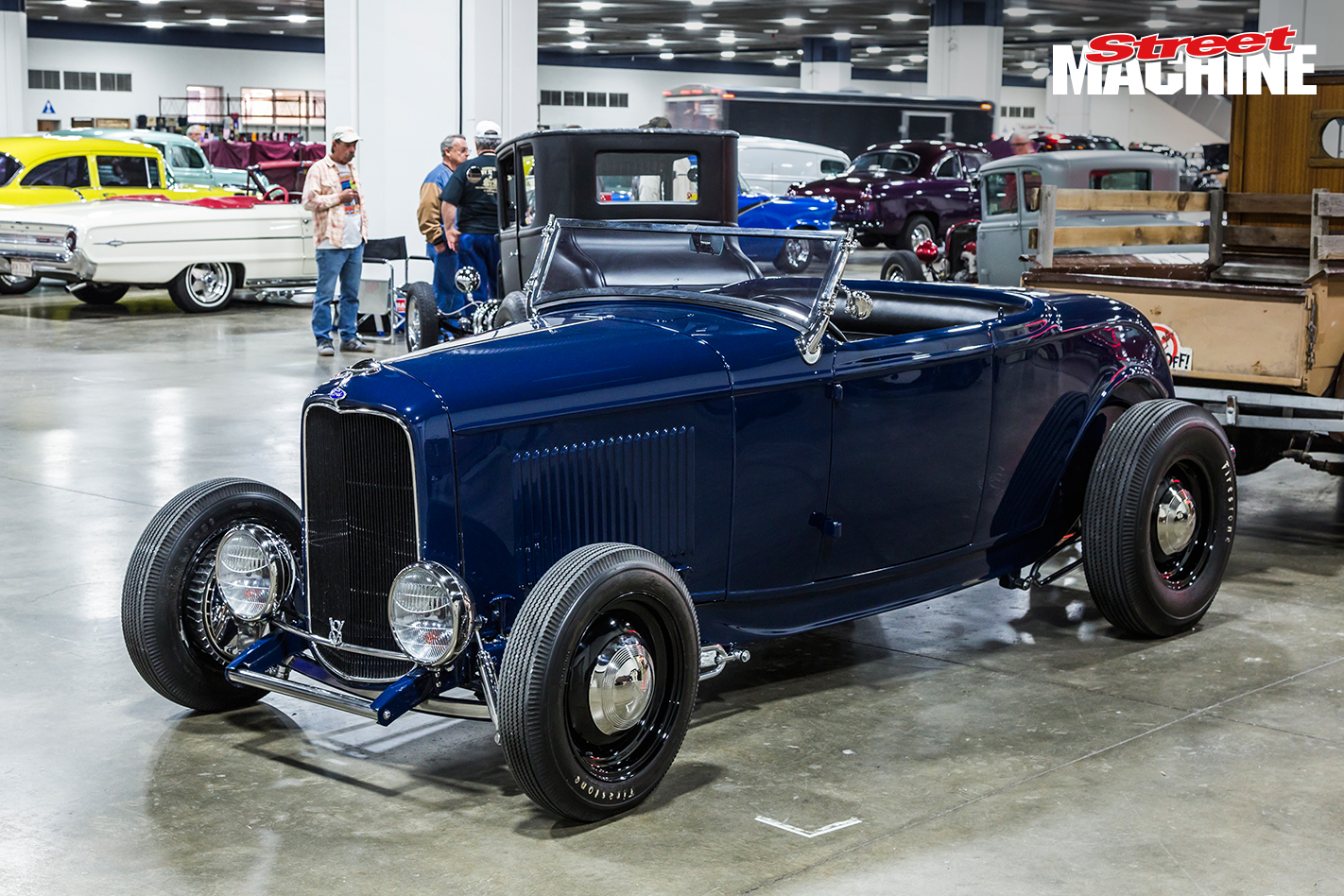 This cool-as-hell ’32 roadster belongs to Mark Trostle, who just happens to be the head of design for Dodge and SRT, and also the son of the other Mark Trostle who runs ASC, where XBOSS was prepared for the Autorama. That’s one talented family! 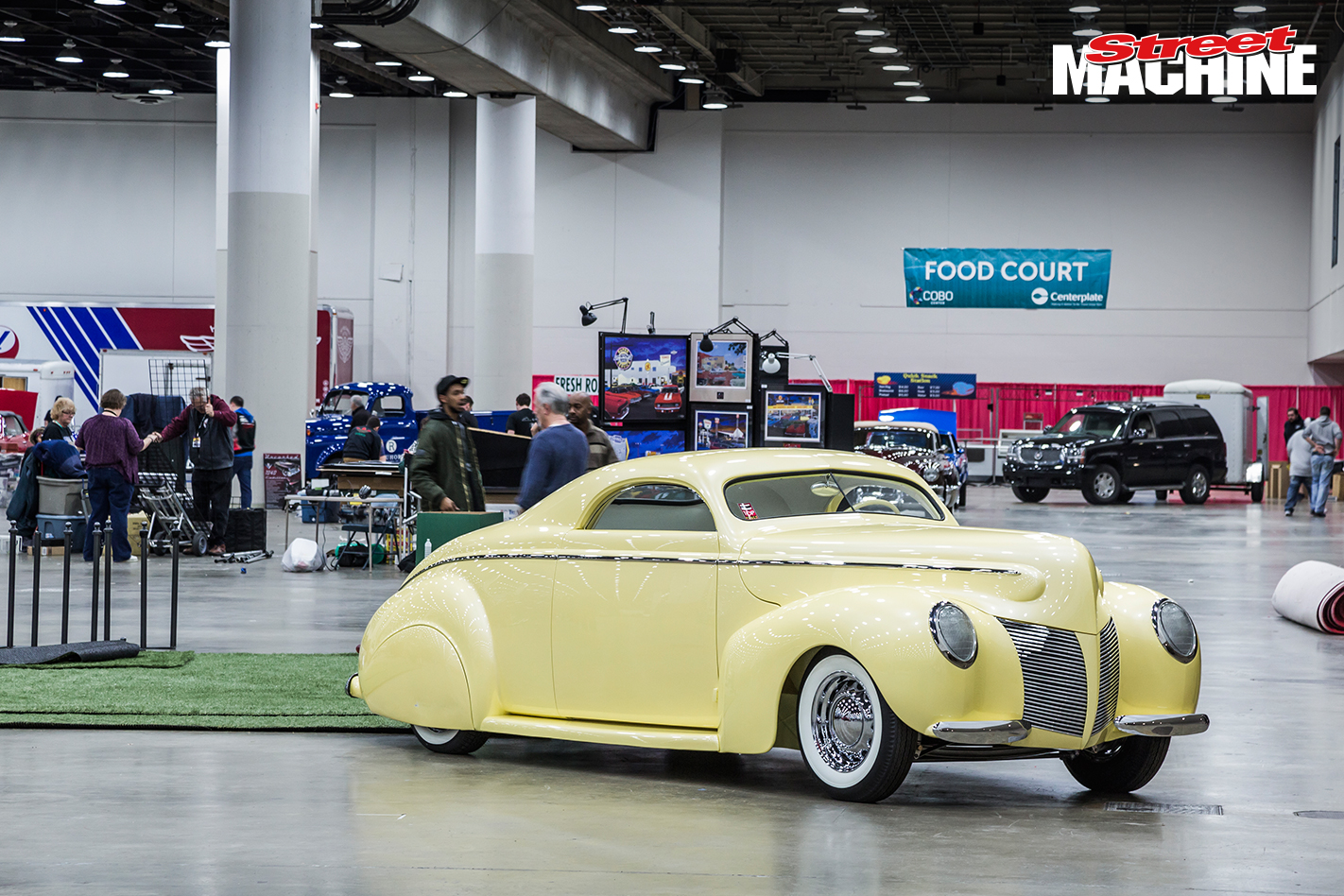 This stunning ’40 Mercury entered by Jason Graham was an amazing car with a flawless pearl yellow paint job. 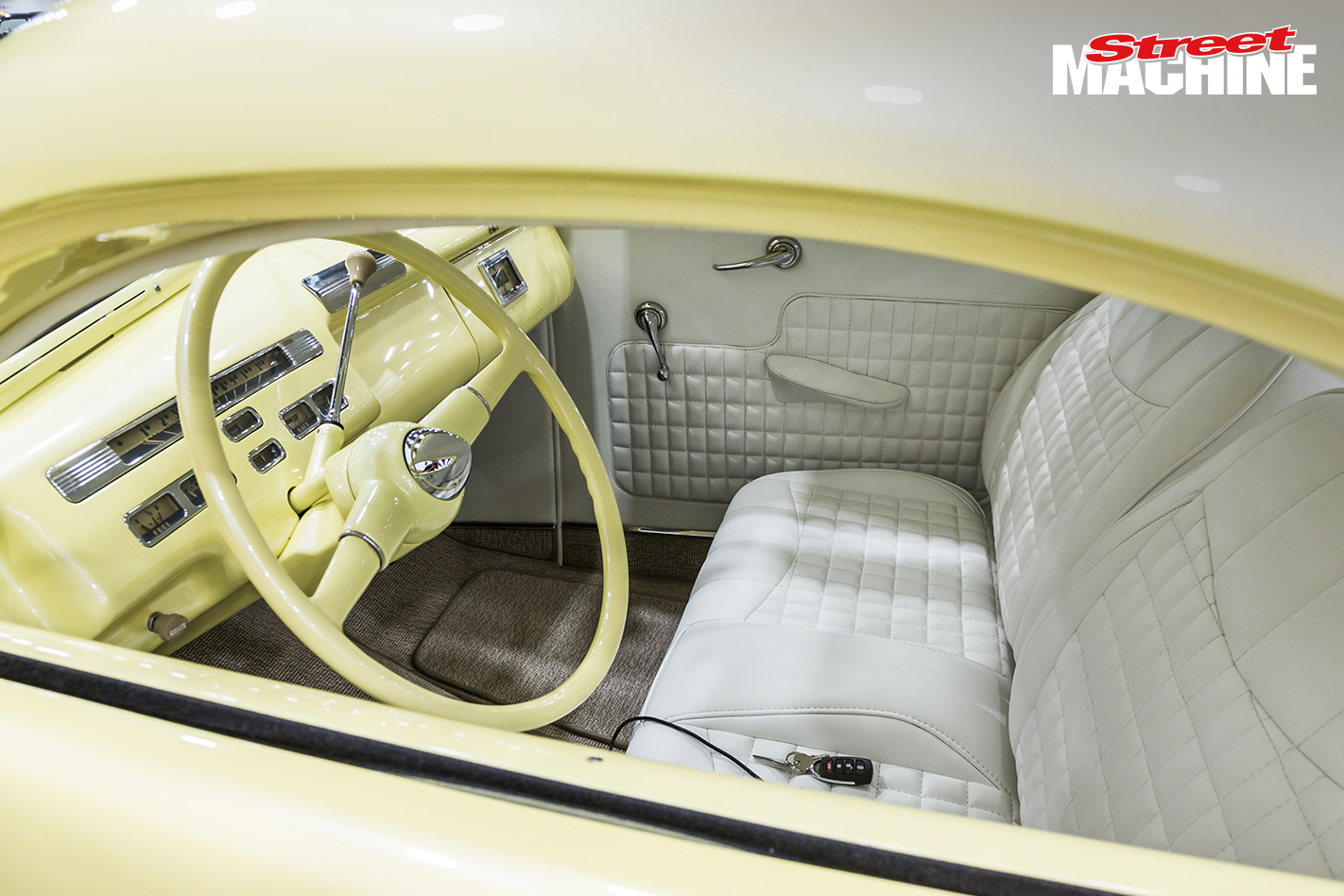 It’s not the type of colour you’d expect to see on a car of this style and the use of chromed artillery wheels was also something I’d never seen before, but it all works. 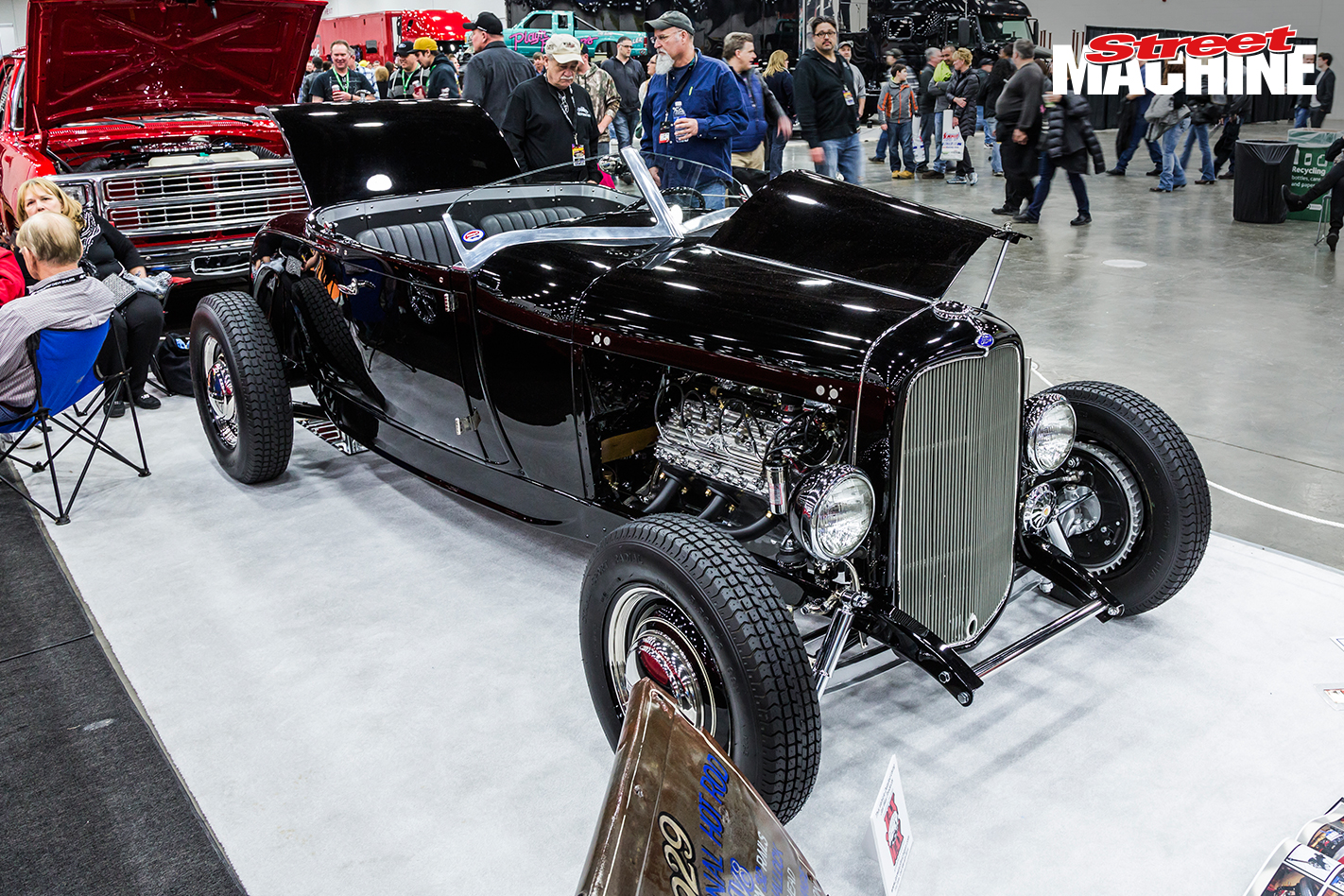 Jerry and Marcia Robinson’s Model A on ’32 rails was a standout for me. I asked if it was an old hot rod that he had resurrected, but it’s a brand new build. Jerry started with a cowl and doors and spent years collecting all the right bits to build the perfect A-V8 roadster. 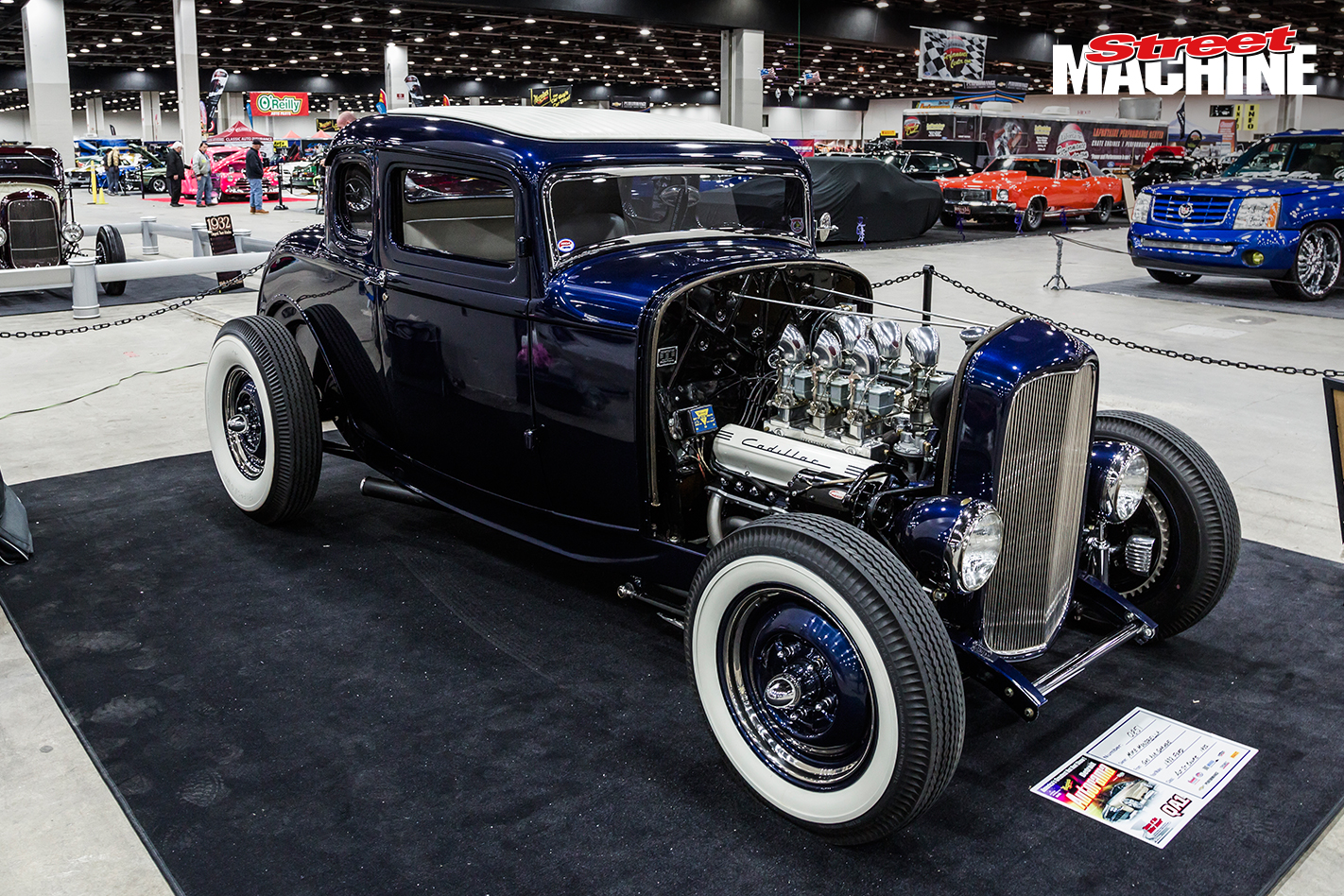 Mike Mondrella’s stunning ’32 five-window is an original Henry Ford body that’s been chopped four inches and is powered by a 331 Caddy with six Strombergs. It’s hiding a five-speed and quickchange underneath. 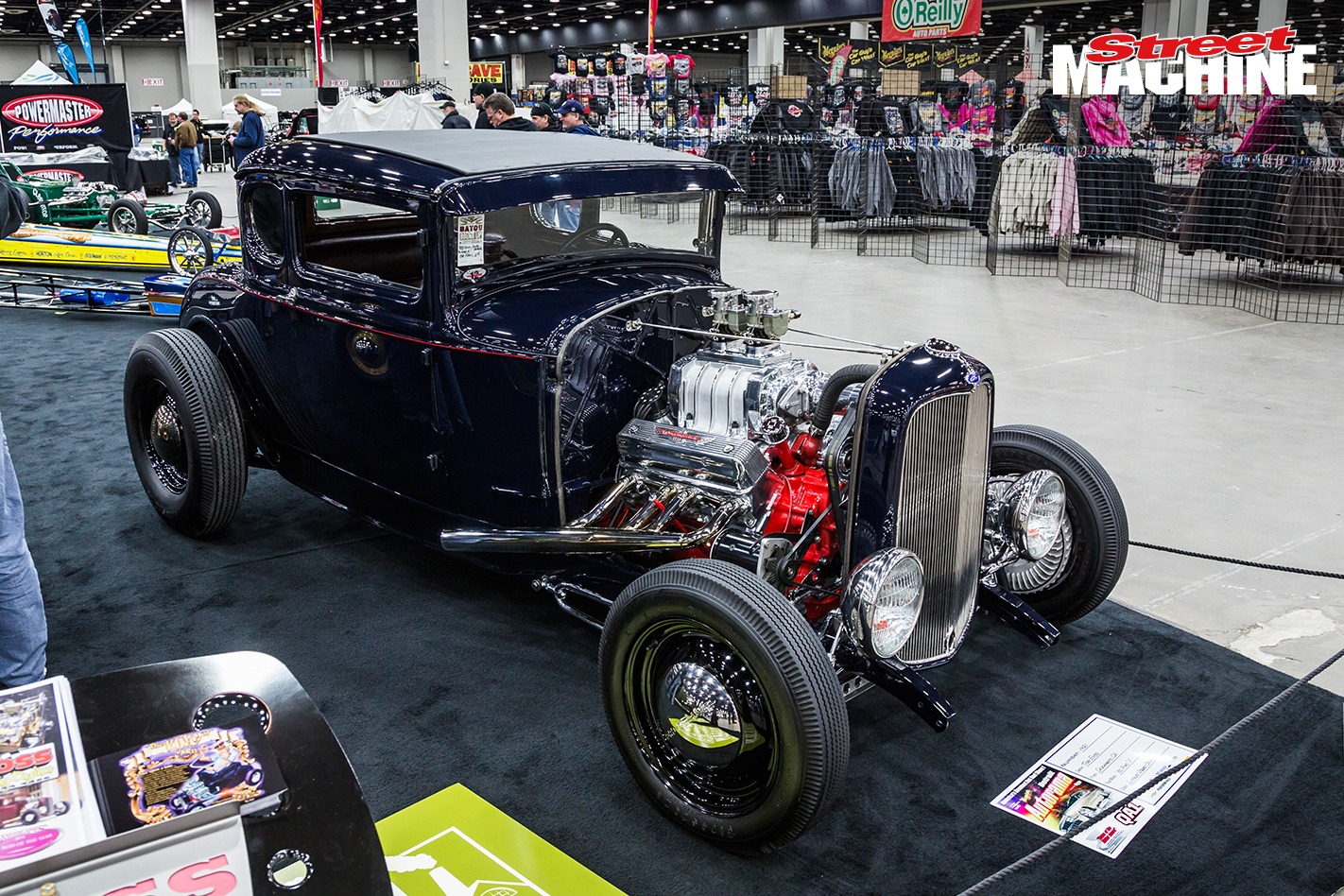 Hilton Hot Rods had a couple of killer cars on display, an apple green coupe and this gorgeous dark blue one. It was tough to choose between them, but I just loved the way the blown Y-block on this one was detailed. 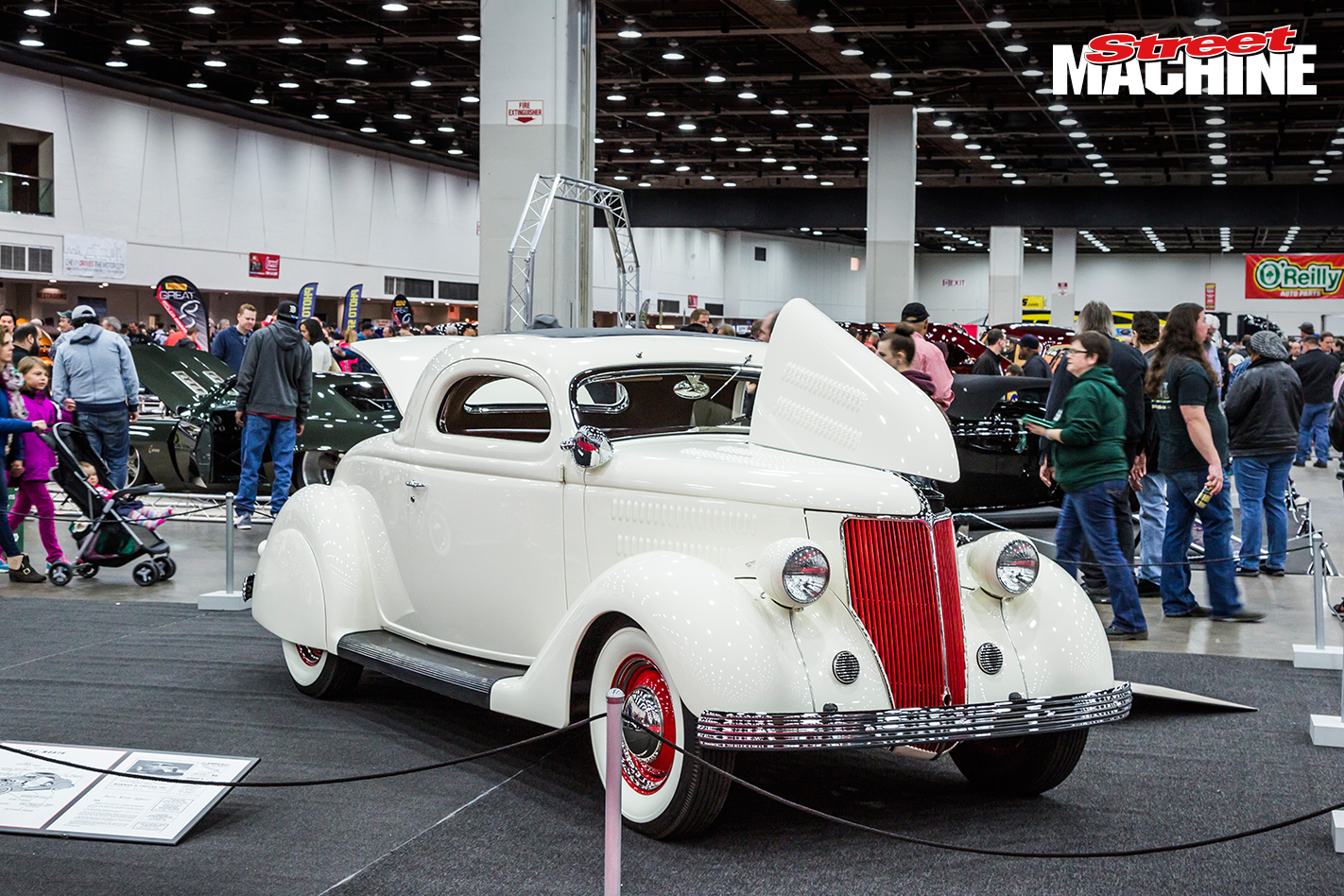 Bill Ganahl from South City Rod & Custom brought the Bill Breece ’32 clone as well as the Pierson Brothers ’36 coupe that he recently restored for Jim Bobowski. Once again, tough to pick, but it’s hard to go past the ’36, a car that broke all the rules back in the early days of lakes racing, going faster than many of the roadsters of the time. 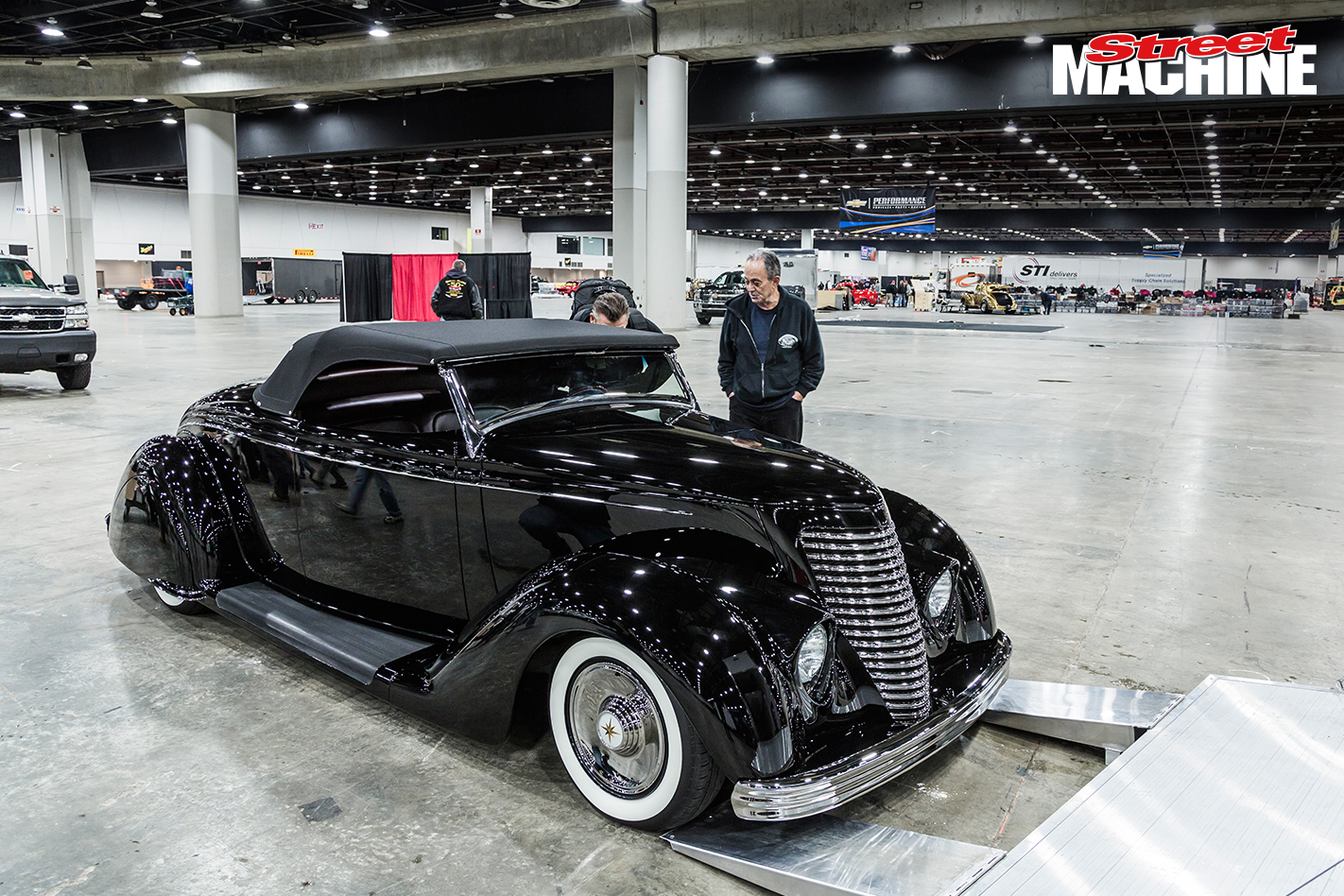 It’s no surprise that Jon Wright’s ’36 roadster was a contender for the America’s Most Beautiful Roadster award. Filled with amazing custom work by Squeeg Jerger, who made the Dave Bell design come to life, it’s an absolutely beautiful piece or work. 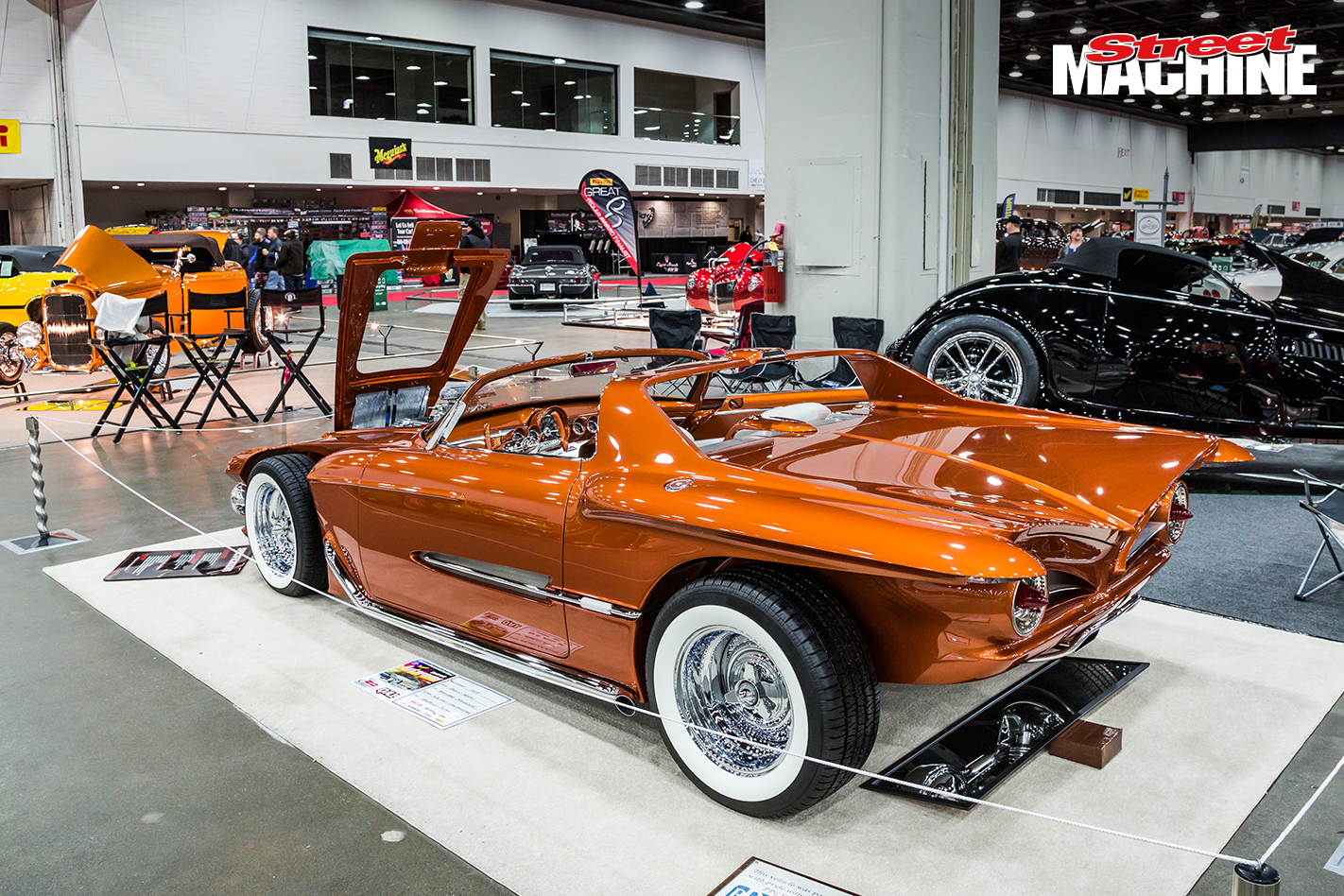 Dennis Heapy calls his wild creation ‘Predator’, because he says it has a predatory look to it. 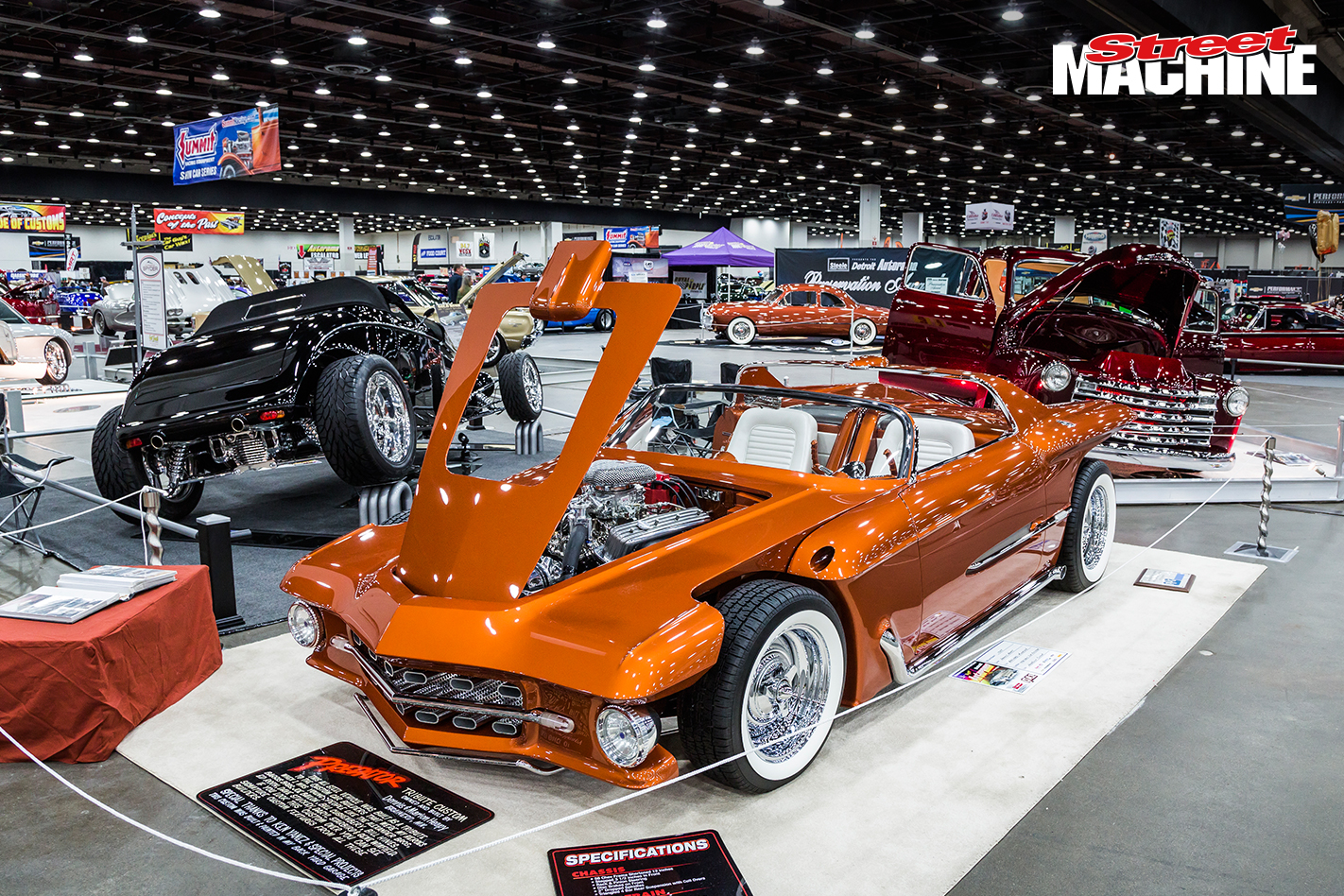 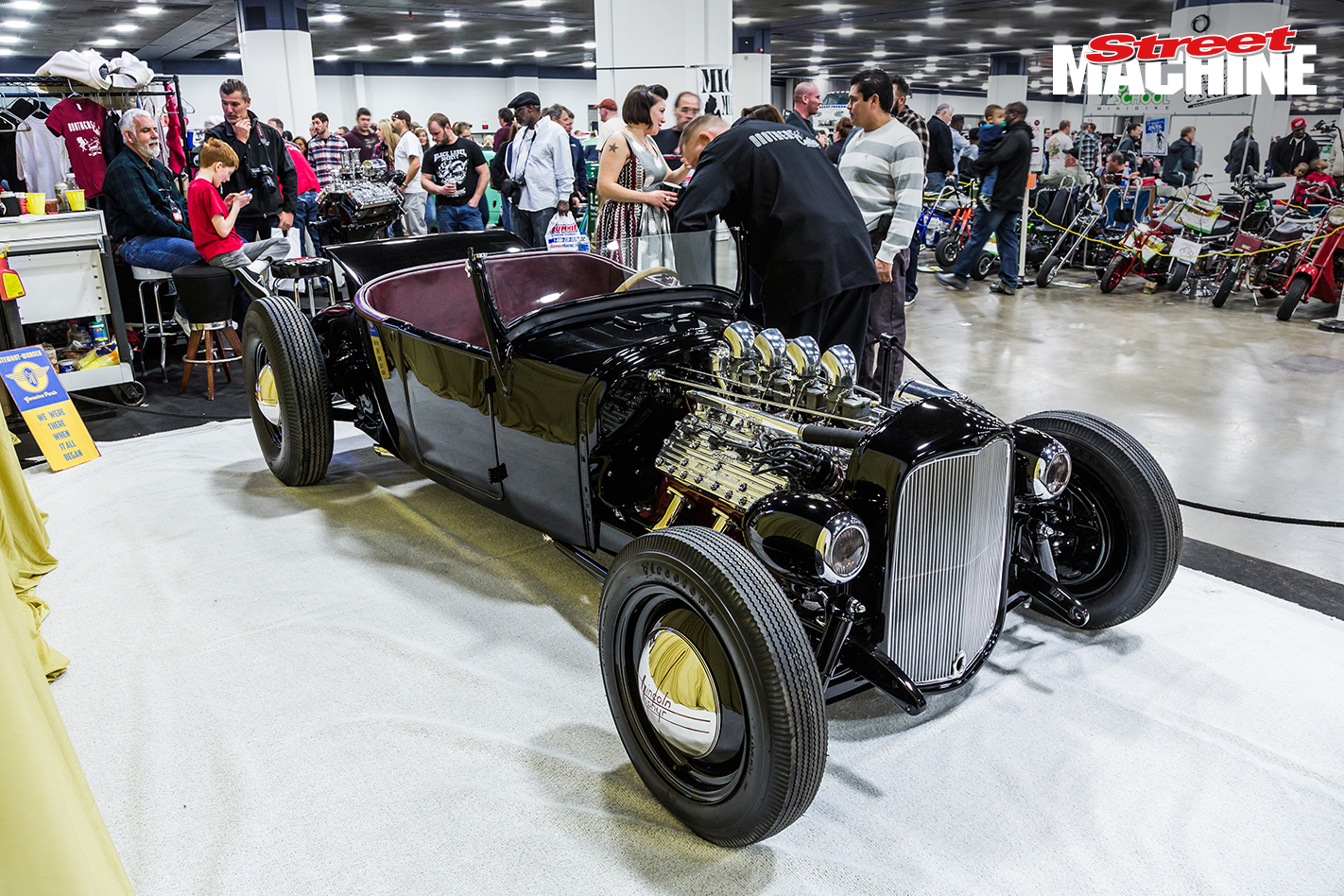 Bill Jagenow from Brothers Custom Auto won Car of Show in the downstairs Autorama Extreme display. It would have been my pick too – absolutely stunning in its simplicity, it’s a car that has been developed over many years and was recently pulled apart and finished just before the show. 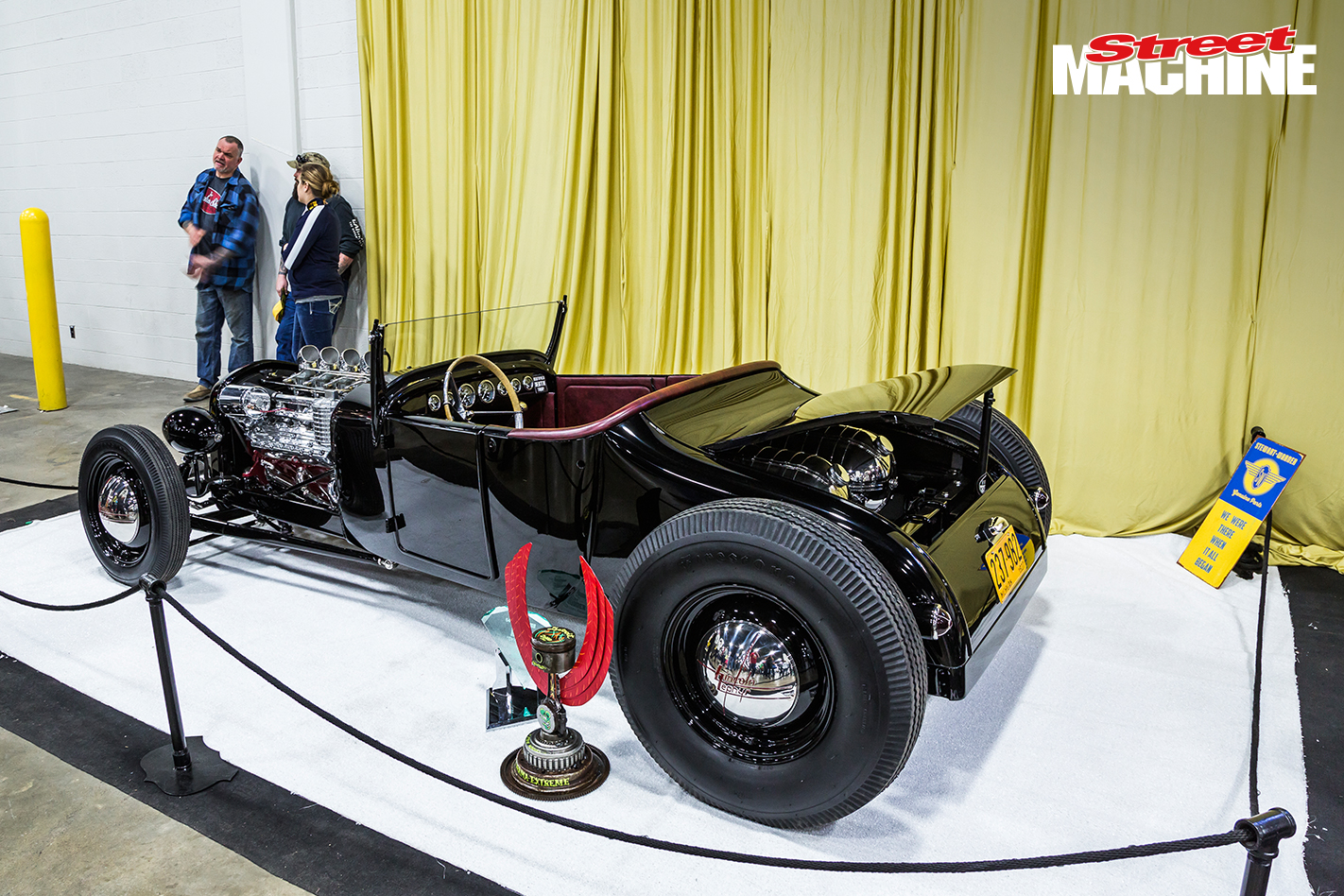 The fuel tanks in the trunk of the ’27 roadster are B-17 bomber oxygen tanks. 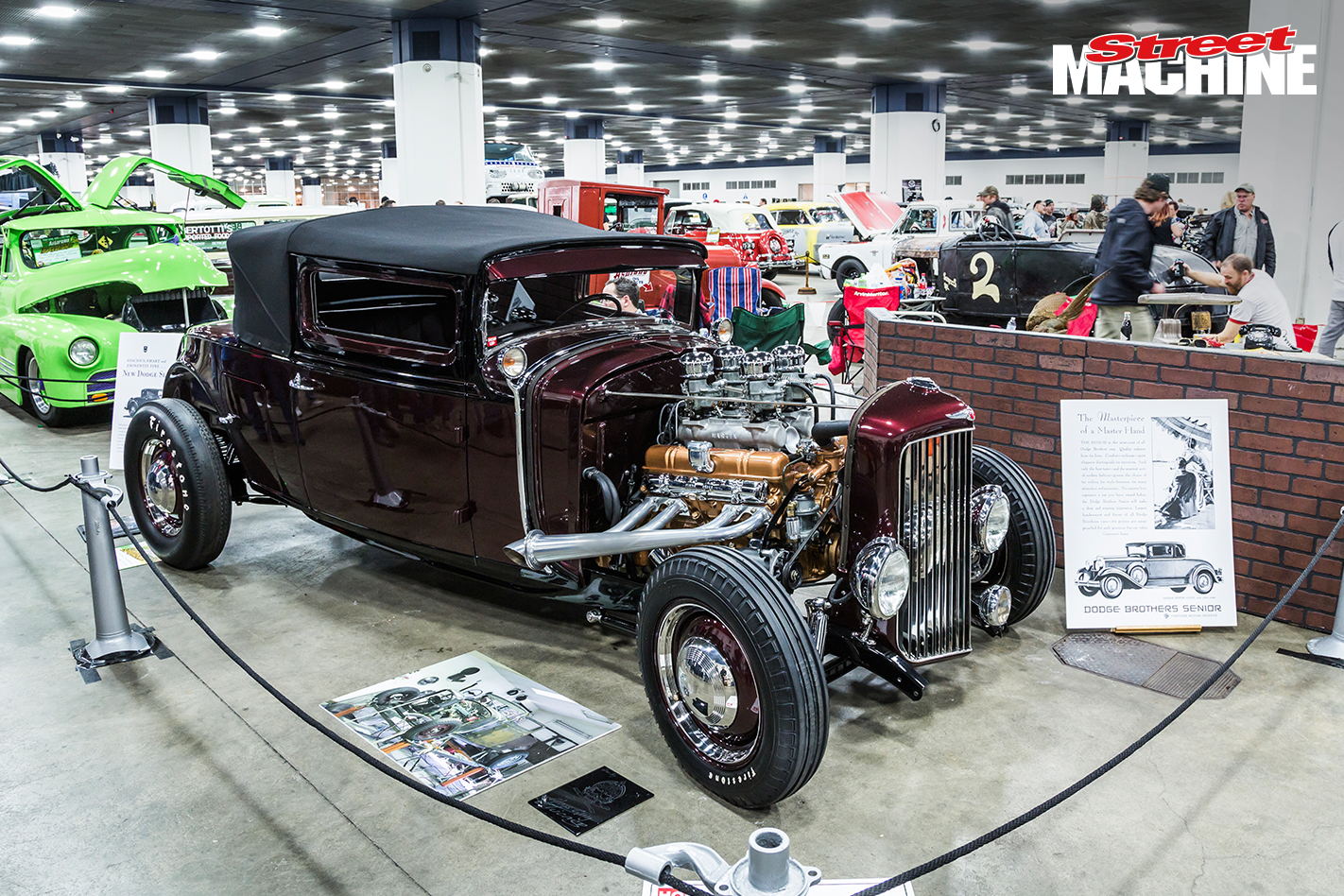 I met Ed Tillrock Jr at SEMA; he’s a talented artist that does amazing pencil sketches, and while we were chatting he showed me some photos of his son’s almost-complete hot rod. And here it is: Ed Tillrock III’s ’29 Dodge coupe. It runs the complete driveline out of a ’56 Buick, which includes the 322 nailhead. For the Dodge-spotters out there, no the grille isn’t stock, it’s a ’34 Pontiac, and yes, it is on a ’32 Ford frame. 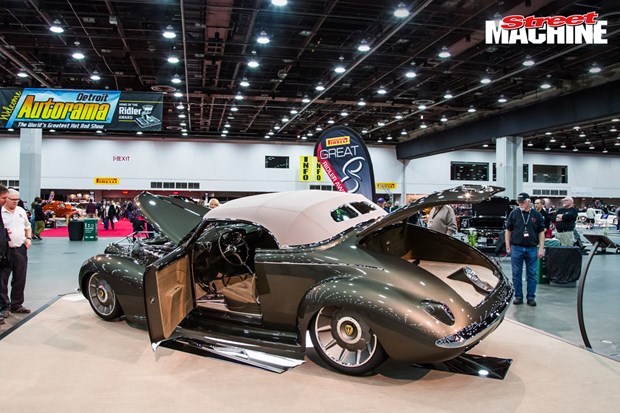 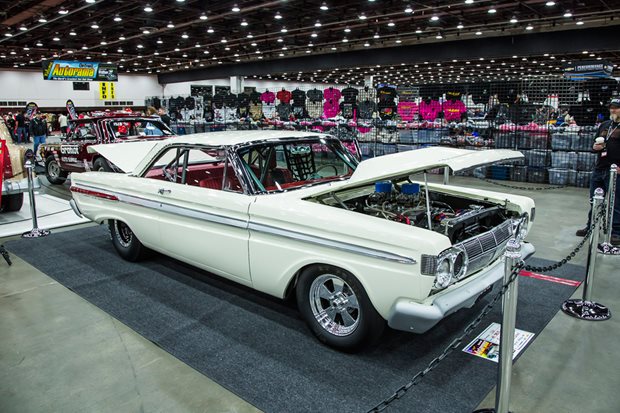 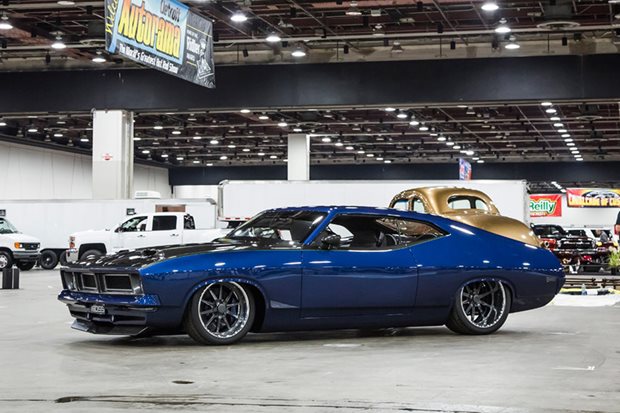