We've been following Matt and Shane Corish’s progress on their V12 LS1 since we first heard about it and did a preview a few months back. Their goal was to get one of the engines fitted into a car and debut it at SEMA and they got there, for the most part. While the ’67 Camaro from Quality Custom Rides wasn’t quite finished, most people couldn’t get past the engine bay to spot the unfinished interior.

Mike Heim is the boss at QCR and the owner of the Camaro: “I’ve had it since I was 19, never got to work on it until I was approached by the V12LS.com guys to put a motor in a car, and I said: ‘Well, it’s gotta be this one.’ So we tried to make the car as cool as the rest of the motor and we hope we did it.” 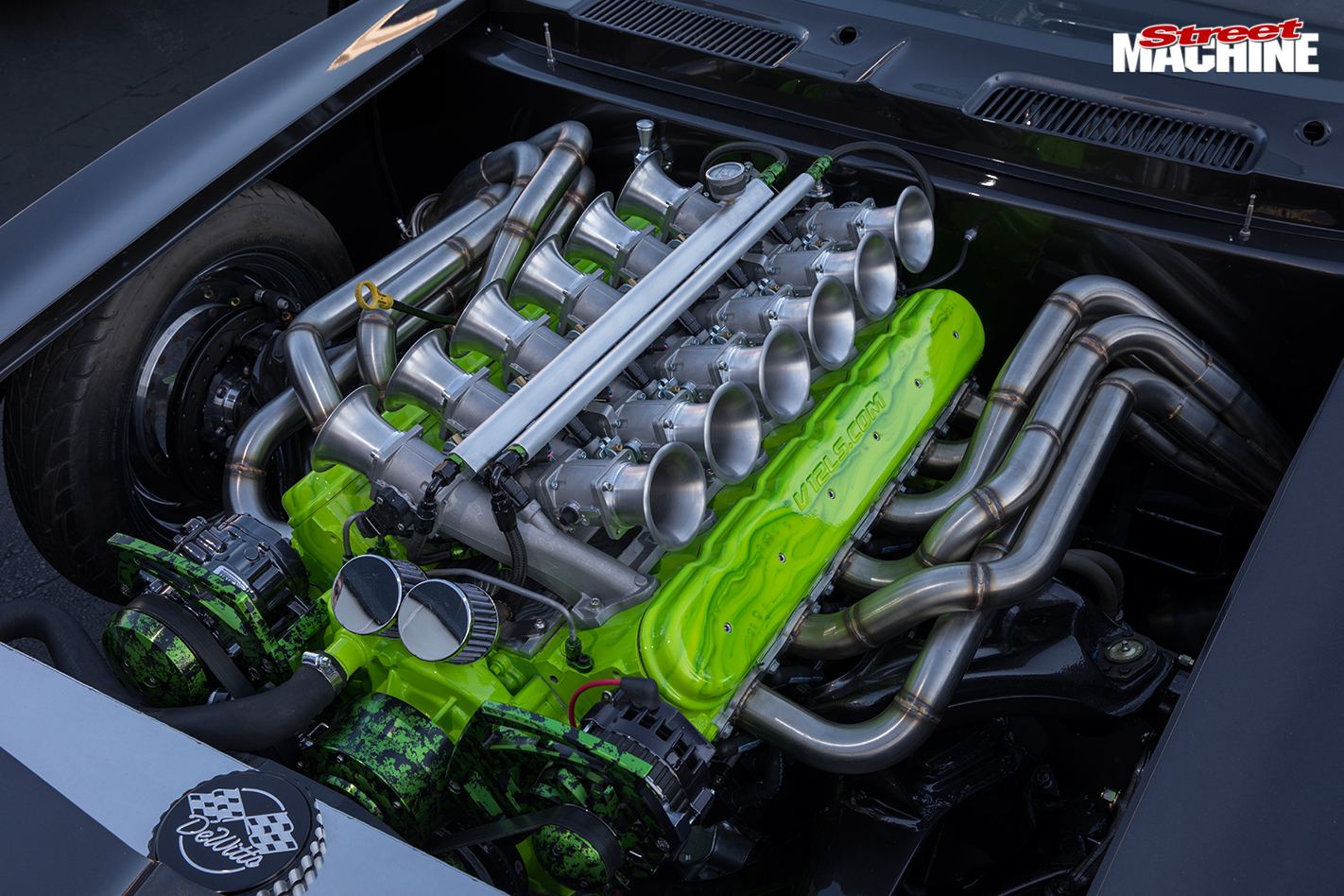 The engine in the Camaro has been updated with 12 individual throttle-bodies, replacing the dual-quad set up the engine had initially. The pipes are also new and a major improvement and with Haltech pressing the buttons on the tune up, it should be well up on the 717hp test runs.

It’s not your average take on a Camaro, that’s for sure, and it’s nice to see that they left the signature quarter-windows on the car, even though the roof has been chopped and the doors now open suicide-style. Their plan was to make the world’s lowest Camaro, and they may well have achieved that. “We built a cantilever Airride suspension in the rear that we can control the ride down to making the thing ride like a Cadillac if we want. We did suicide doors to 90 degrees, the door handle is actually the mirror, we chopped the top 1.25 inches, channelled the body three inches, cut off the rockers, that was another 4.5 inches and the Airride was another five inches.” 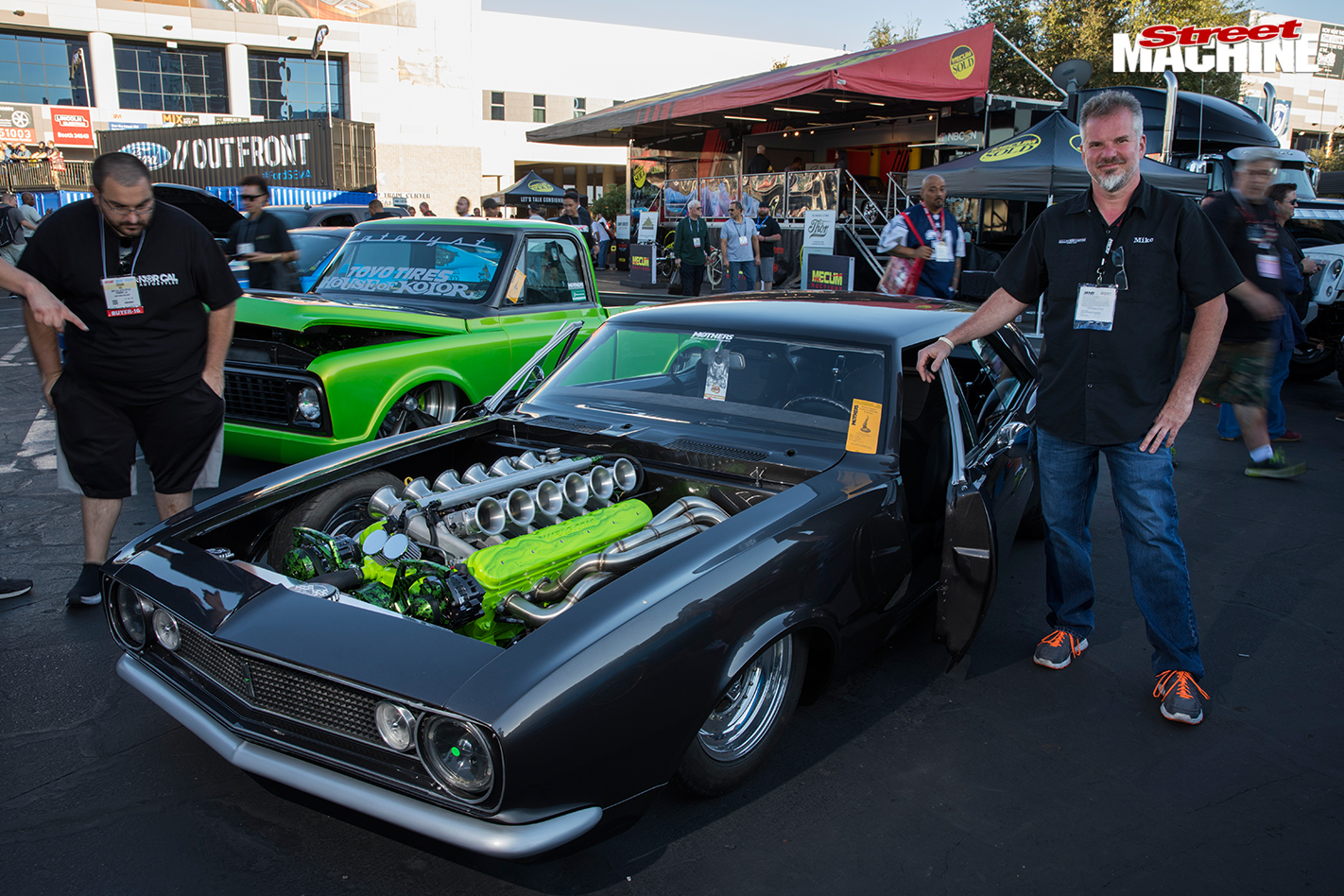 Mike Heim from Quality Custom Rides stands proudly next to the ’67 Camaro he’s owned for over 30 years. It’s been chopped, channelled and customised like no other Camaro and is the perfect recipient for the wild V12 engine.

The question still remains, why the hell would you go to all this trouble? Shane’s the engineering brains behind the project and his answer is pretty simple: “Basically, because we could. Then we realised there was a real gap in the market for people here modifying cars. They’re doing some really crazy shit out there now but the engines are still crate engines. There’s a lot of crate engines going into some ridiculous cars and we wanted to provide an engine that was as equally ridiculous as the cars they’re going into!”

While the initial blocks were made from cut up V8s, they’re about to go into casting their own blocks.“I always liked doing something different. I personally love an engineering/technical challenge and the harder the challenge the more I enjoy it and the more rewarding it is when you get something done,” says Shane. 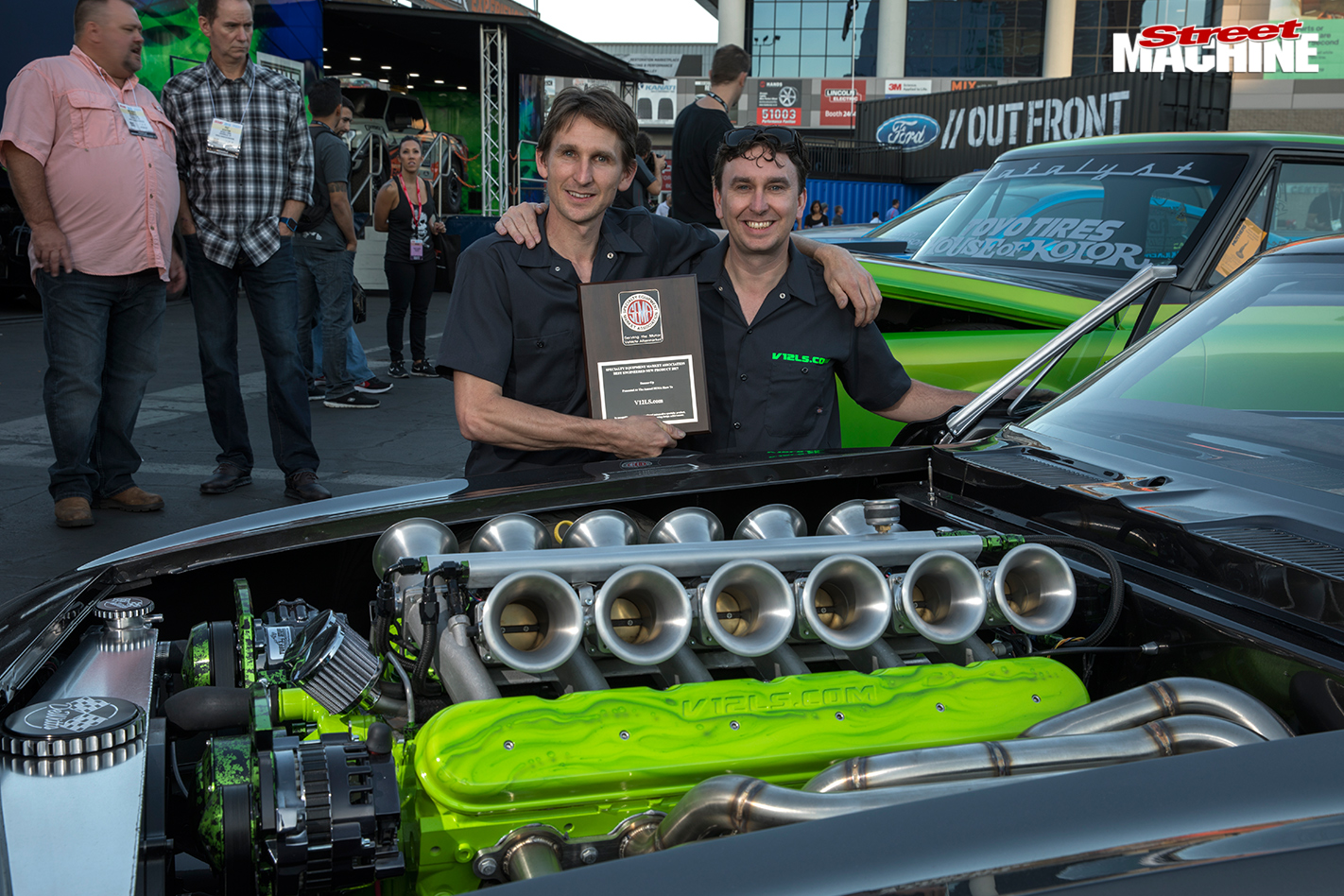 There was no shortage of challenges, that’s for sure! “The first one is a welded block as proof of concept, there are a lot of challenges in that, obviously the crankshaft and camshaft, but then welding the blocks and trying to ensure there’s no cracking. Keeping the water where the water needs to go and the oil where the oil needs to go and not having them cross paths, there’s a few technical challenges there.”

It’s not just for show either, with early dyno runs proving that the engine should be capable of some very serious power outputs. “We haven’t leant on it too hard, yet, but the first engine with the dual-quad injection set up and a questionable exhaust system still made 717hp at 6300rpm, with a stock LS1 bore and stroke, so that’s 519 cubes. There’s lots of potential.” 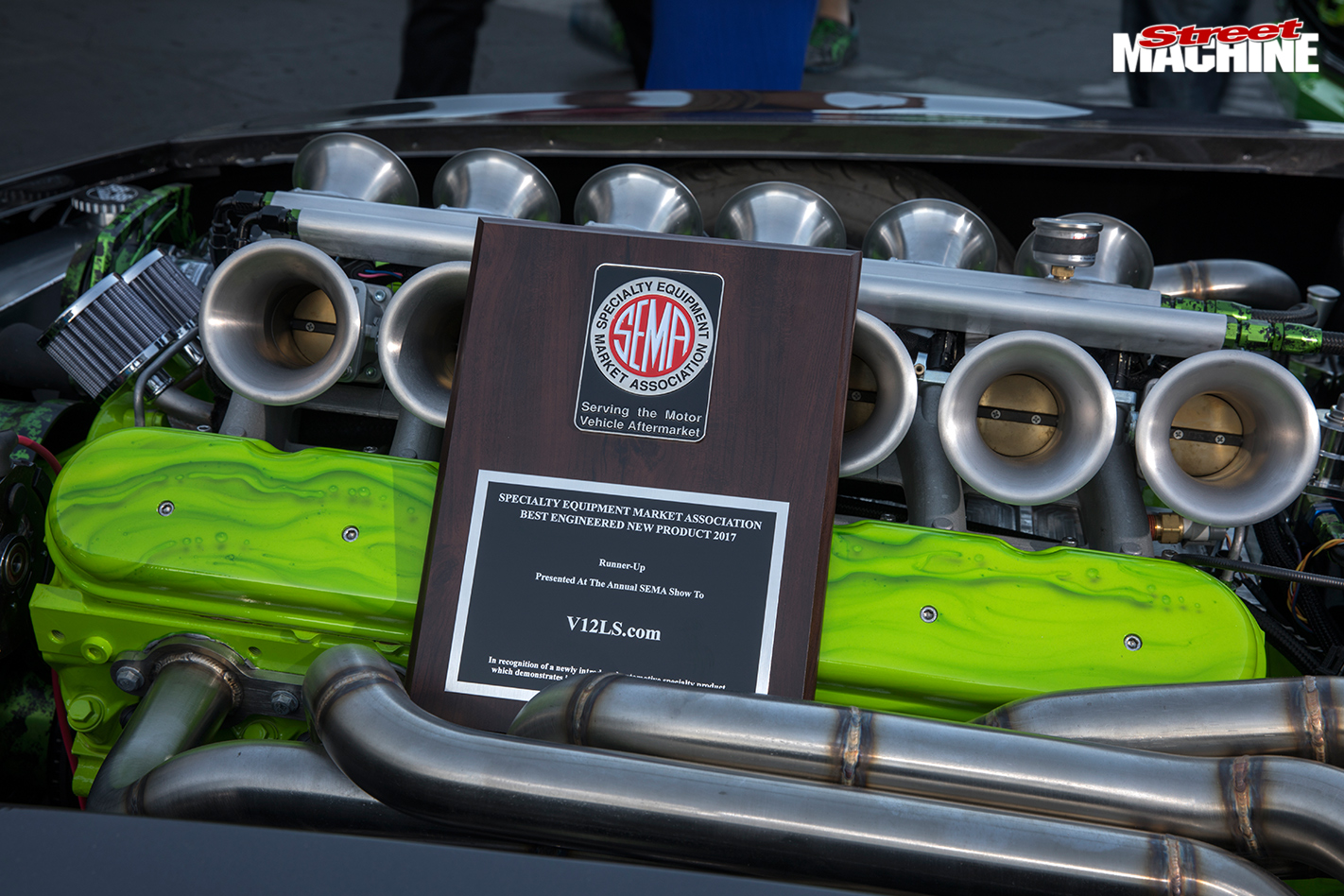 Getting noticed at SEMA amongst the thousands of other new products is an impressive feat and should bode well for the project.

There’s plenty of chatter about the Camaro and V12 on the web, but it’s not just the armchair experts that have been impressed, the SEMA judges were suitably impressed also and handed out a very prestigious award. “We’re pretty proud of that, Runner Up in the Best Engineered New Product Award, we couldn’t be happier. We just met Chip Foose and he knows about our project himself and the Camaro.”

Hopefully we’ll see some fully completed projects with V12 LS power soon. Mike from QCR has hinted that they’re working on a new project to see just how much power one of these engines can pump out. It’s just another great example of what happens when Aussie ingenuity meets US muscle and it’ll be great to see how it all pans out.