THE crazy Aussies who cut and shut two LS1 blocks together have blown the Americans away and won several awards for their Frankenstein creation at SEMA 2016.

Back in June this year we were first to show you the V12 LS1 built by Aussie brothers Matt and Shane Corish. Shane is the engineer while Matt has been organising parts and promotion for the project. The original prototype made 717hp with a pair of four-barrel throttle bodies before it was crated up and sent to the US to be fitted to a custom ’67 Camaro built by the team at Quality Custom Rides in Pennsylvania. The car itself has been chopped, dropped and sectioned into one of the lowest we’ve ever seen, and with that brightly coloured V12 receiving a fresh set of trumpets, it drew a crowd all week.

“We set out to raise the bar for elite hot rods,” Matt says. “A lot of people have asked us why we did this. We built this because you see all these six-figure builds and then there’s a $5000 LS3 in the engine compartment. We want to lift the standards so that top end show rides will need a custom engine to win.”

But it wasn’t just the crowd attention that the V12 Camaro garnered. The guys caught the eye of some influential people in the industry and won the runner up award in the SEMA Launchpad program, as well as runner up for Best Engineered New Product. They also won three international media awards from 4x4 Australia, Unique Cars and Performance Publications in Canada. Matt reckons the highlight was meeting some of GM’s best and brightest.

“We actually met the lead engineer on the original LS1 project and had dinner with him,” Matt says. “He thought what we’ve been doing was brilliant, he thinks my brother Shane is crazy, but a great engineer.”

The positive response has been so overwhelming that the guys are moving ahead to the next stage and looking to cast their own V12 engine blocks. “We’ve got a 1000hp NA version in the works, so that would make a great engine for a skid car at Summernats. This prototype engine has a really mild cam; my mum could drive it to the shops with this camshaft,” Matt says. “We’ve got some secret projects with turbochargers hanging off them coming as well, but that may be for a Drag Week car.”

That would be something to see. We’ll keep you all up to date as the V12 LS project progresses. In the meantime check out V12LS.com 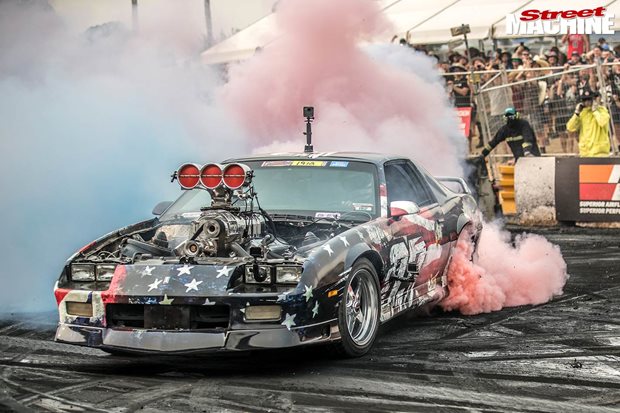